Five years after the 1973-1974 Arab Oil Embargo, Cadillac had trimmed and redesigned its entire model range to meet the need of the day. For the 1979 model year the posh land yachts were in the 3rd year of refinement after the all-new 1977 downsizing. Fleetwood…the purveyor of the poised dignity; which became the true hallmark of every traditional Cadillac – remained the flagship of the breed in every respect.

The Fleetwood Brougham now shared the same platform as the DeVille series. Rising energy concerns forced Cadillac to abandon the type of model exclusivity it had grown accustom. General Motors used basic production dies that were modified for each division to reduce factory burden as well as overall operational costs. Gone are the days when Cadillac built eleven models in three series. Enter…the next generation of the luxury car…in the continuing saga of “As the Standard of the World Turns.” 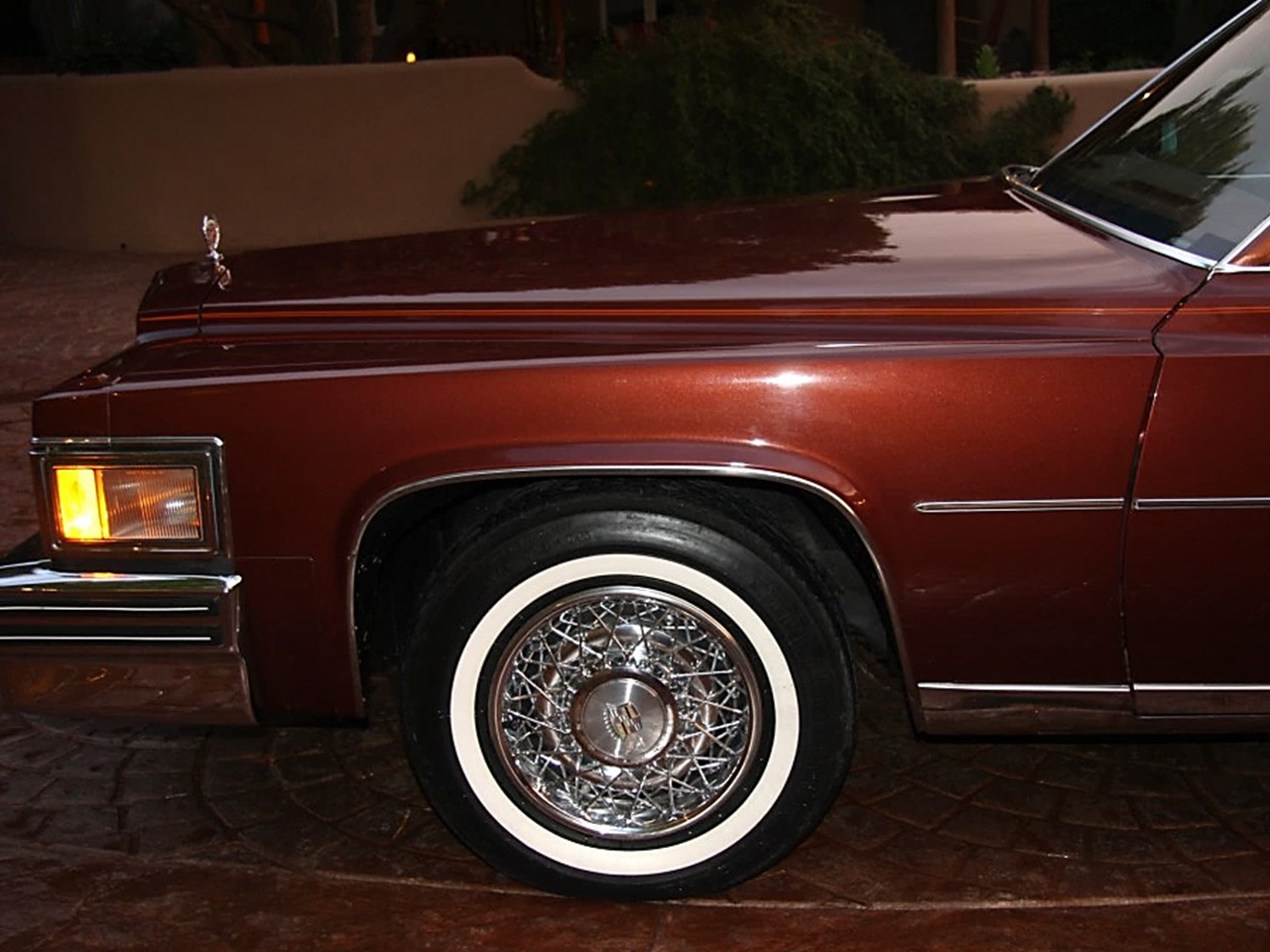 Cadillac was the only luxury automobile manufacturer to offer the luxury of choice from four distinctive luxury model series. It gained a large percentage of the market share during the energy crisis. The luxurious Fleetwood Brougham is the aristocrat – the Cadillac of Cadillacs. It was now more efficient than ever. Admiration and respect afforded this supreme achievement in motoring was never more enthusiastic.

A trim new precision size designed for today’s world made it extremely popular among luxury car buyers. Fleetwood Brougham’s re-engineered elegance includes a host of options and personal conveniences to make Cadillac motoring unequalled in all of motordom. Cadillac’s tradition of leadership evolved into a new symbol of excellence. The 1979 Fleetwood Brougham is a superb luxury sedan with magnificent overall ride quality, living-room comfort, and classic beauty.

It is an amazing feat to completely redesign an automotive legend maintaining the loyal Cadillac enthusiast while gaining new patronage. Not only did Cadillac master this in such a short time…it did so setting new standards. Cadillac broke a sales production record in 1976 for the first time exceeding the 300,000-mark building 304,485 units – and these are all full-size models. 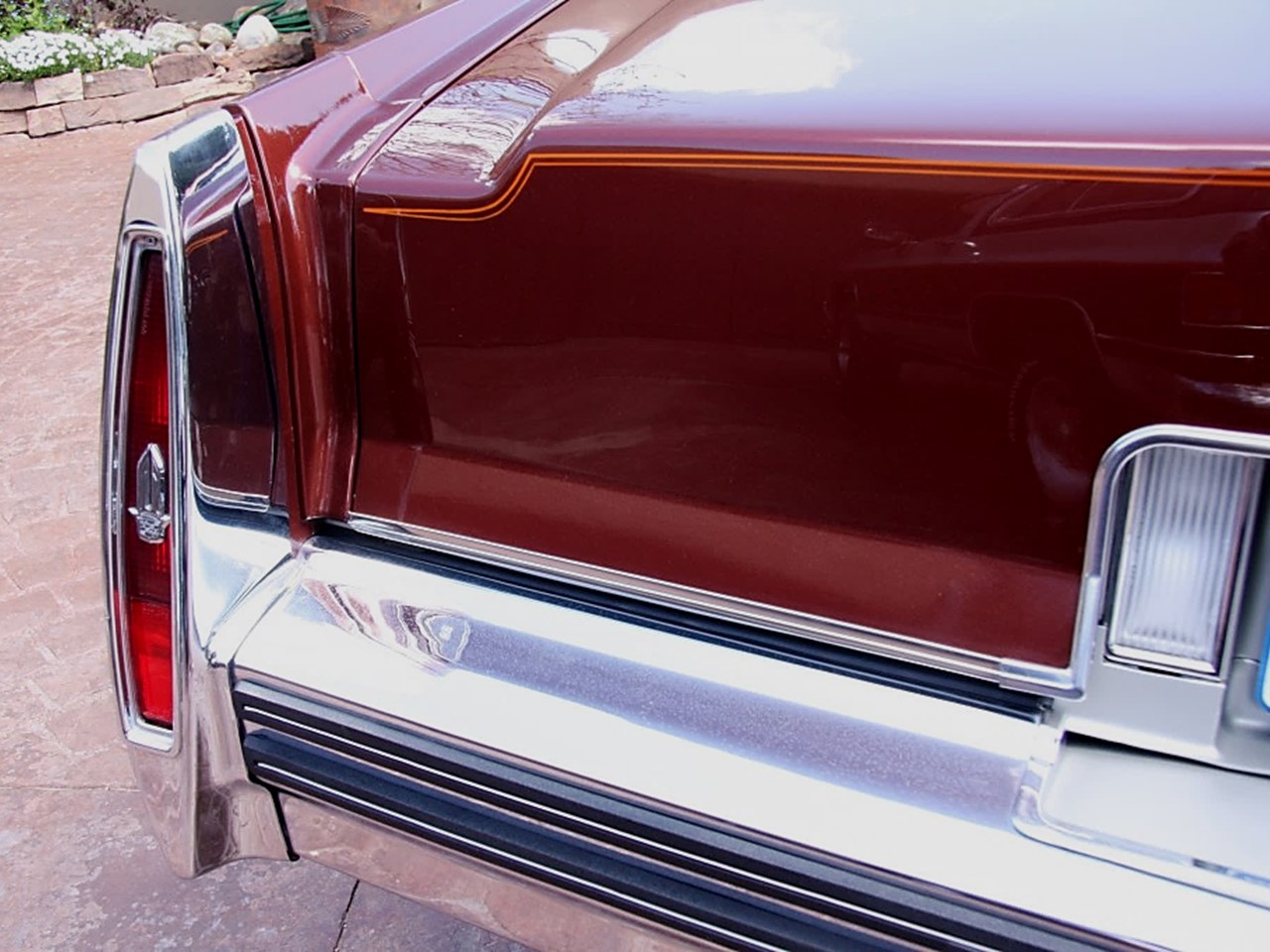 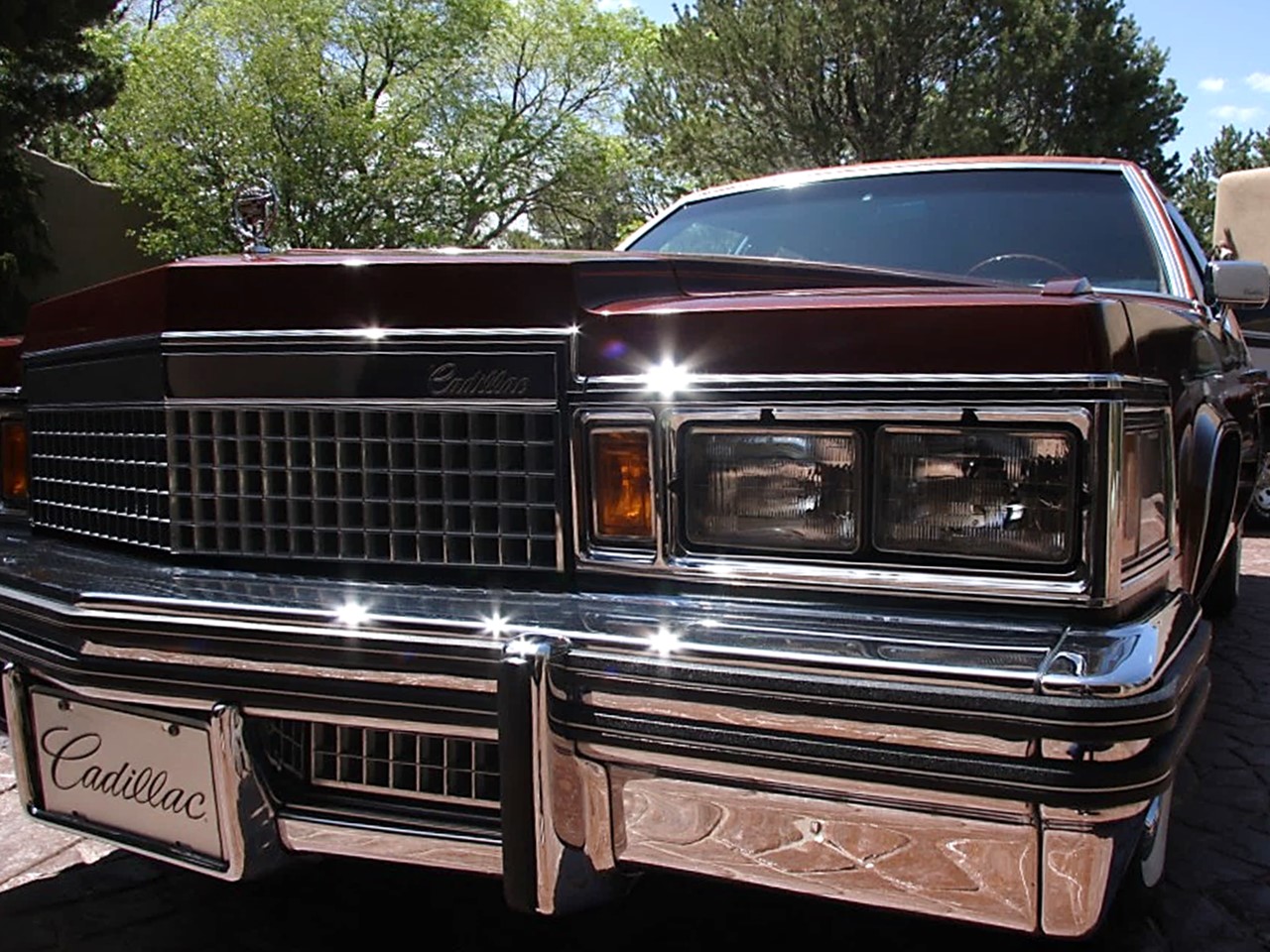 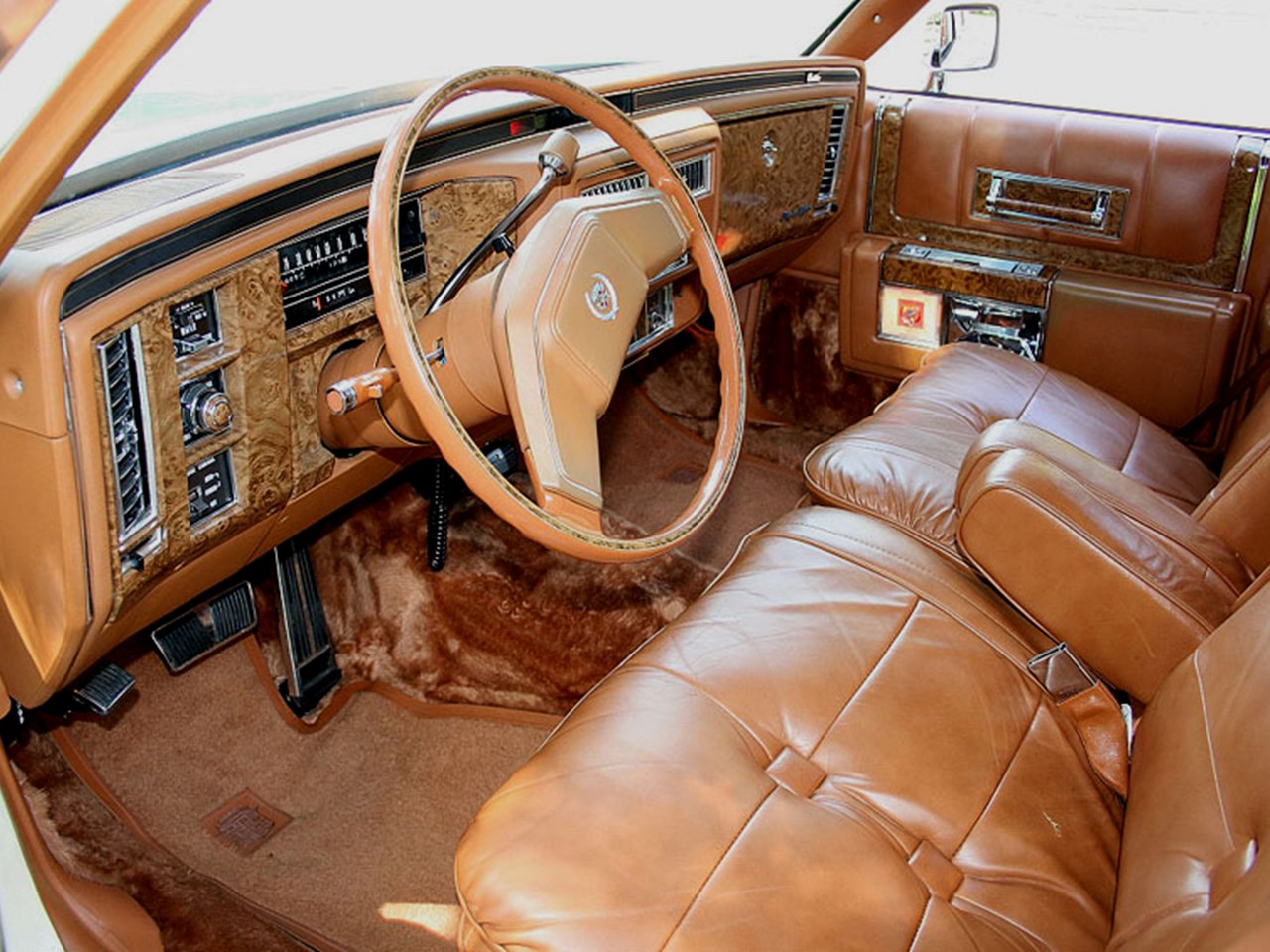 Cadillac special editions have always been available to help the owner to express their individuality. The ultra-luxurious Brougham Sedan d’Elegance option was priced at $997 for Dante/Roma knit cloth trimmed interior and $1367 for natural grain leather trimmed version. 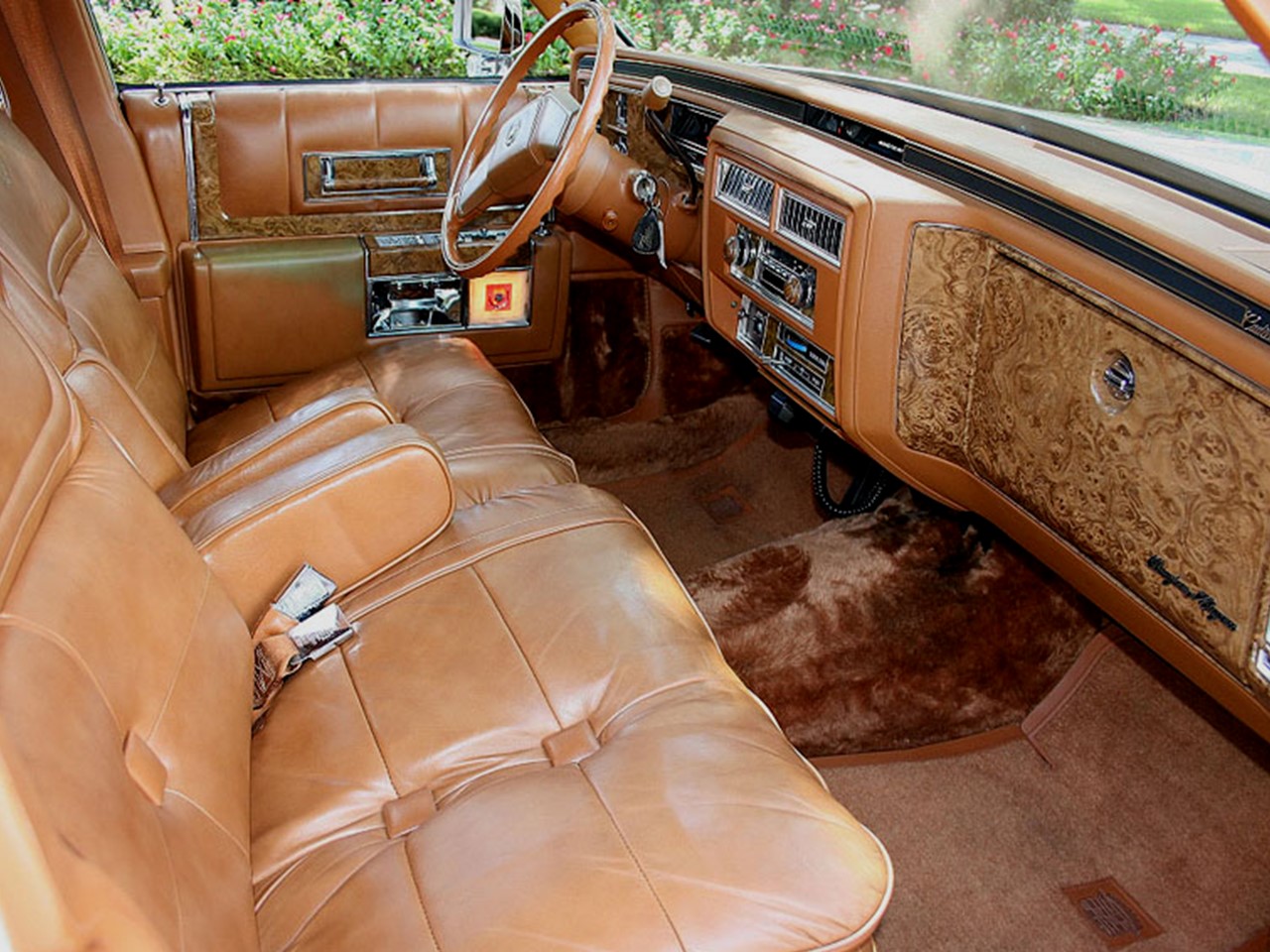 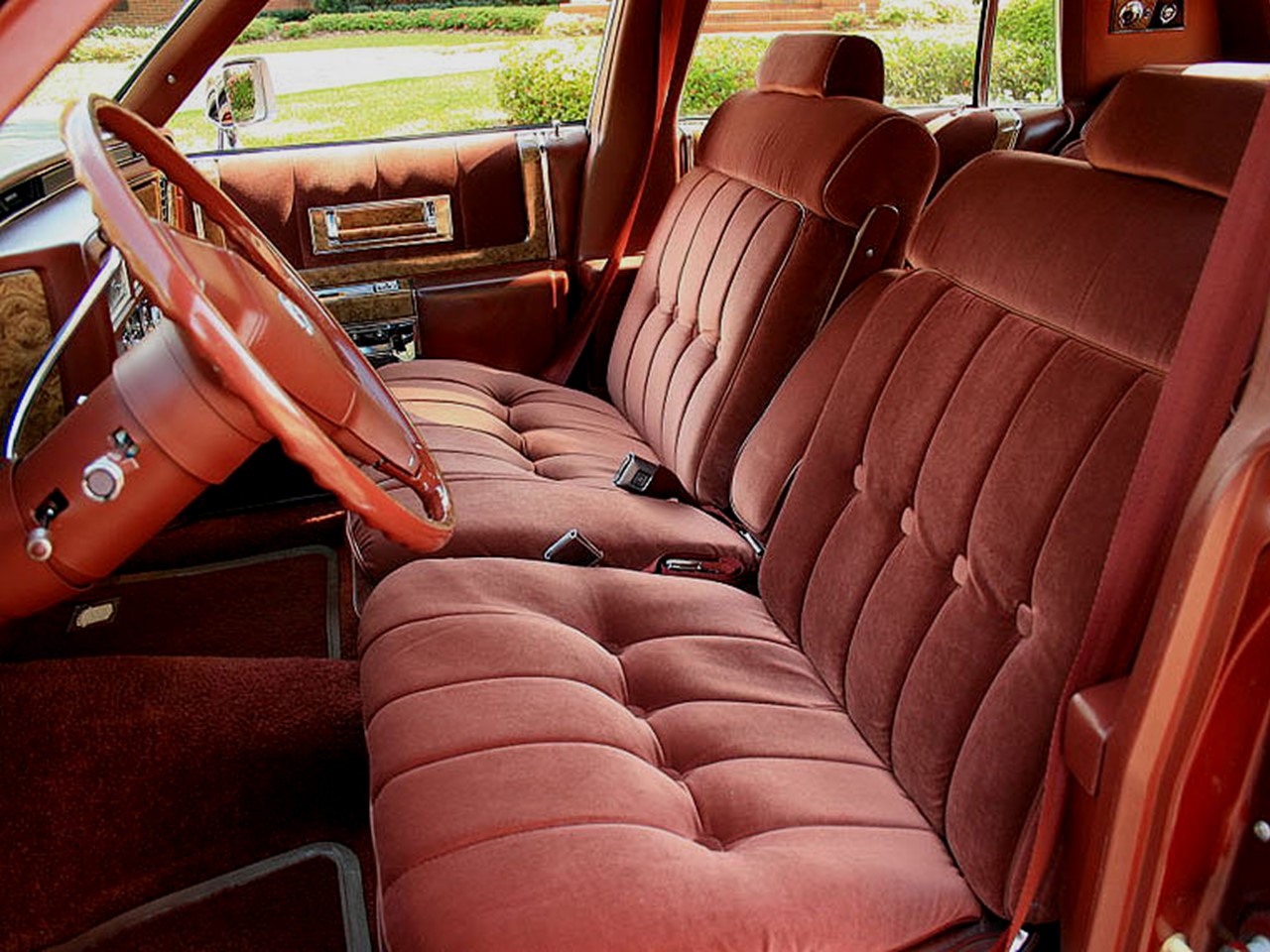 Fleetwood Brougham’s appointments may be compared to an exclusive club room on wheels. Legendary comfort and convenience are of paramount concern to the traditional Cadillac. It was perennially the most luxurious owner-driven Cadillac sedan in the flagship model hierarchy. The next generation of the luxury car introduced a responsible marriage of luxury and logic. 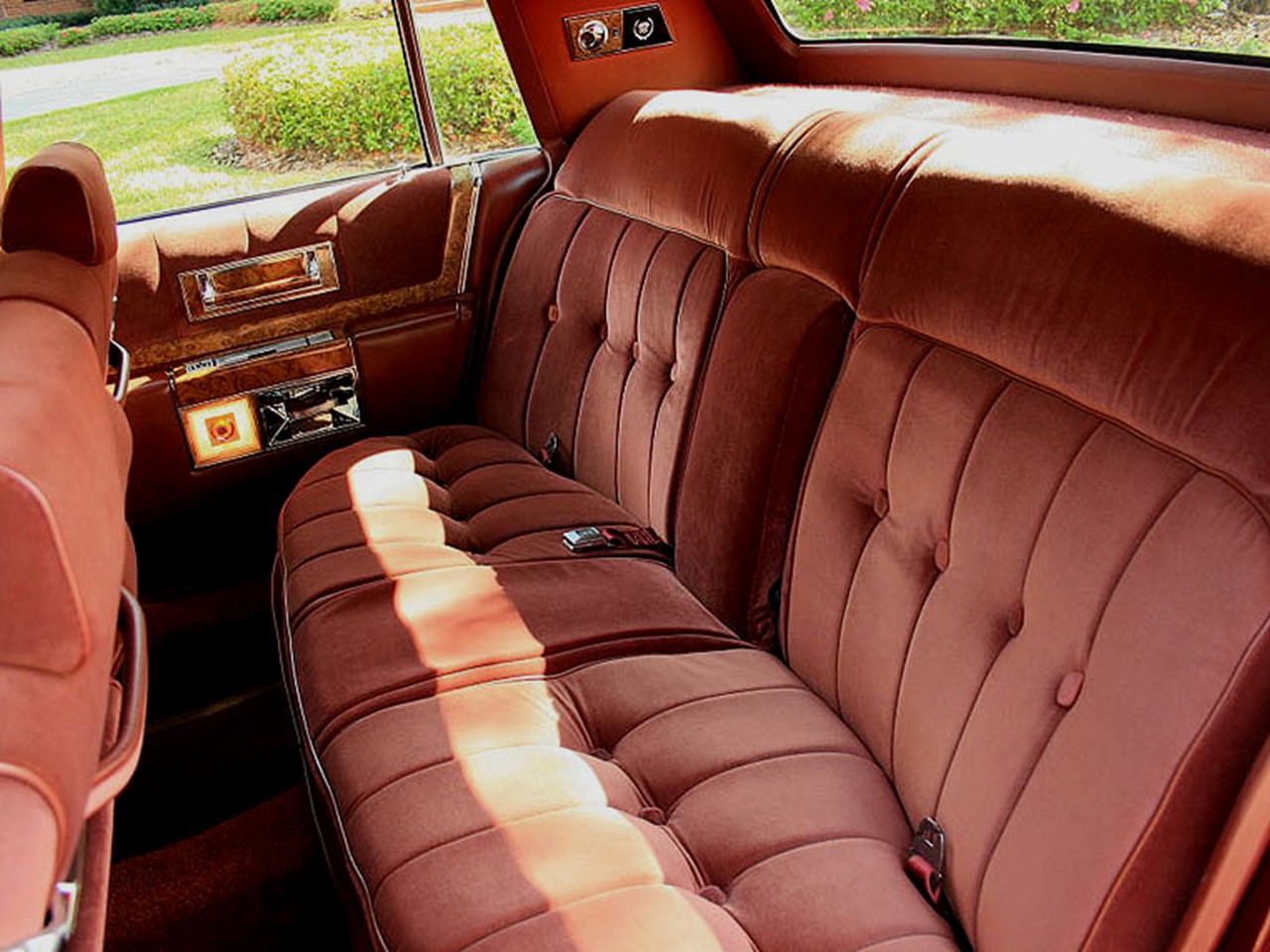 Standard Cadillac amenities such as power steering, power windows and door locks, lamp monitors, new seatbelt chimes, exterior opera lamps, and padded vinyl roof covering makes it one of the world’s most luxurious automobiles. This is the short list of the myriad standard Cadillac features and accessories for the Fleetwood Brougham that are designed to make each journey as fulfilling as the destination… 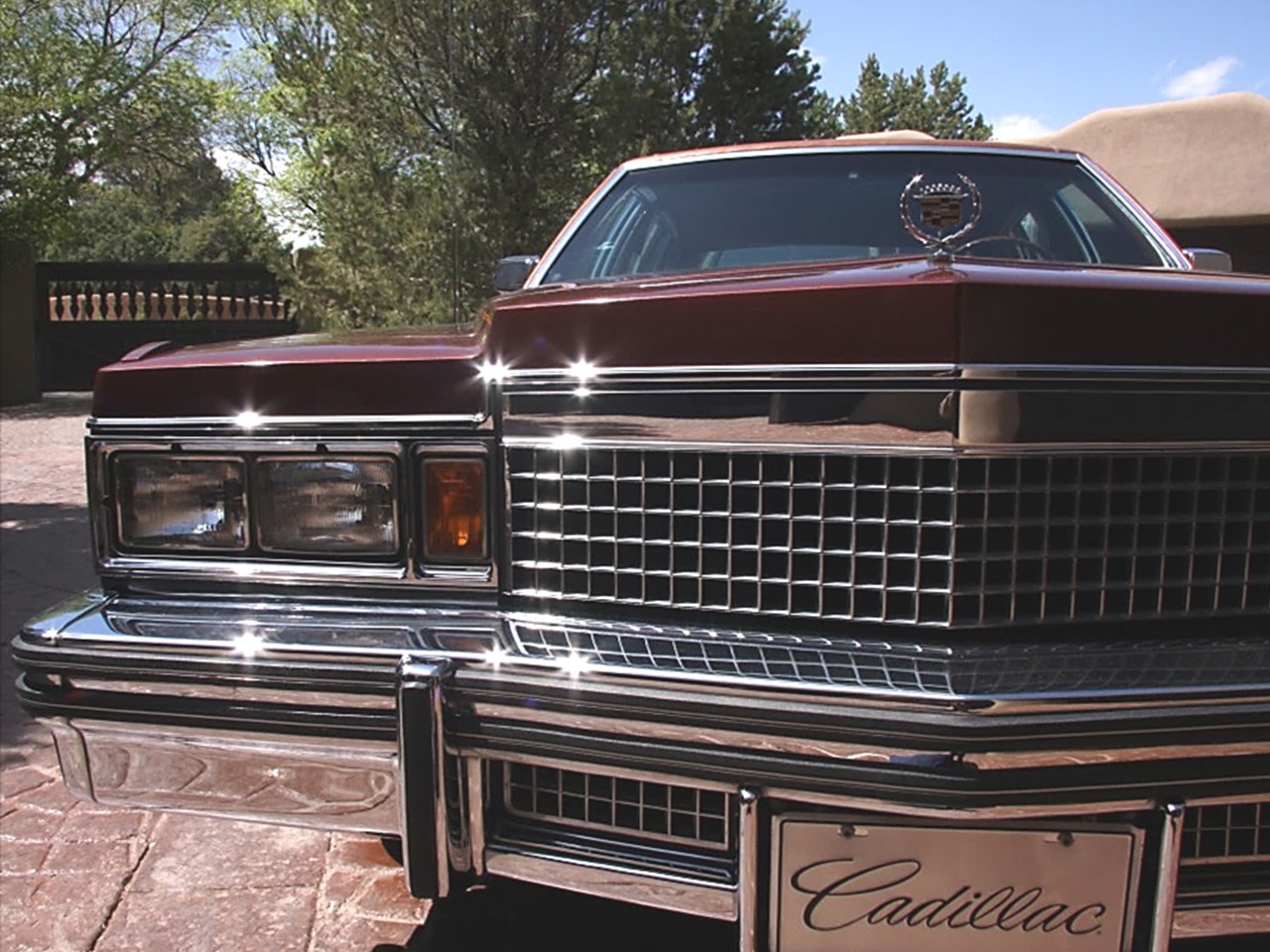 The next generation of the luxury car is the most efficient Cadillac in the history of the brand. 1977 through 1979 first generation down-sized Cadillacs are powered with one of the last of the great Cadillac-built V8 engines. For the 1979 model year, Fleetwood Brougham is endowed with a responsive 7.0 litre 16-valve naturally aspirated L33 425 CID V8.

Cast iron block and cylinder heads makes this pushrod V8 a dynamo AND it’s lightweight. The engine is equipped with a 4-bbl Rochester Quadrajet, hydraulic lifters, mechanical fuel pump, and High Energy Ignition system. Old-school V8 engines like this can outlast their owner if properly maintained. The engine is mated to GM’s THM-400 3-speed automatic transmission. Sure, today’s technology isn’t here…but then neither are the repair bills associated with that ‘technology’ involved…

For an additional $783, the 7.0 litre “L35” V8 with speed density Electronic Fuel Injection was available. This version is equipped with two electronic fuel pumps (one in-line and one in-tank). Power output is slightly higher cranking 195 hp @ 3,800 rpm with 434 Nm of peak torque @ 2,400 rpm. Longitudinal acceleration is about the same as the carburetted version, 0-60 mph in 11.3 seconds with a top speed in the 114 mph range. The fuel injected version provides inherently smoother overall operation and better fuel economy. Cadillacs are not built for speed…we must remember.

Independent coil springs and stabilizer bar network with upper and lower control arms to manage front suspension dynamics. Standard on all Fleetwood models is Electronic Level Control which utilizes the rear suspension to maintain optimum ride height regardless of load or road conditions automatically. The rear suspension is equipped with Cadillac’s 4-link drive and coil springs. Hydraulic Direct-Action shock absorbers are fitted to all four wheels. 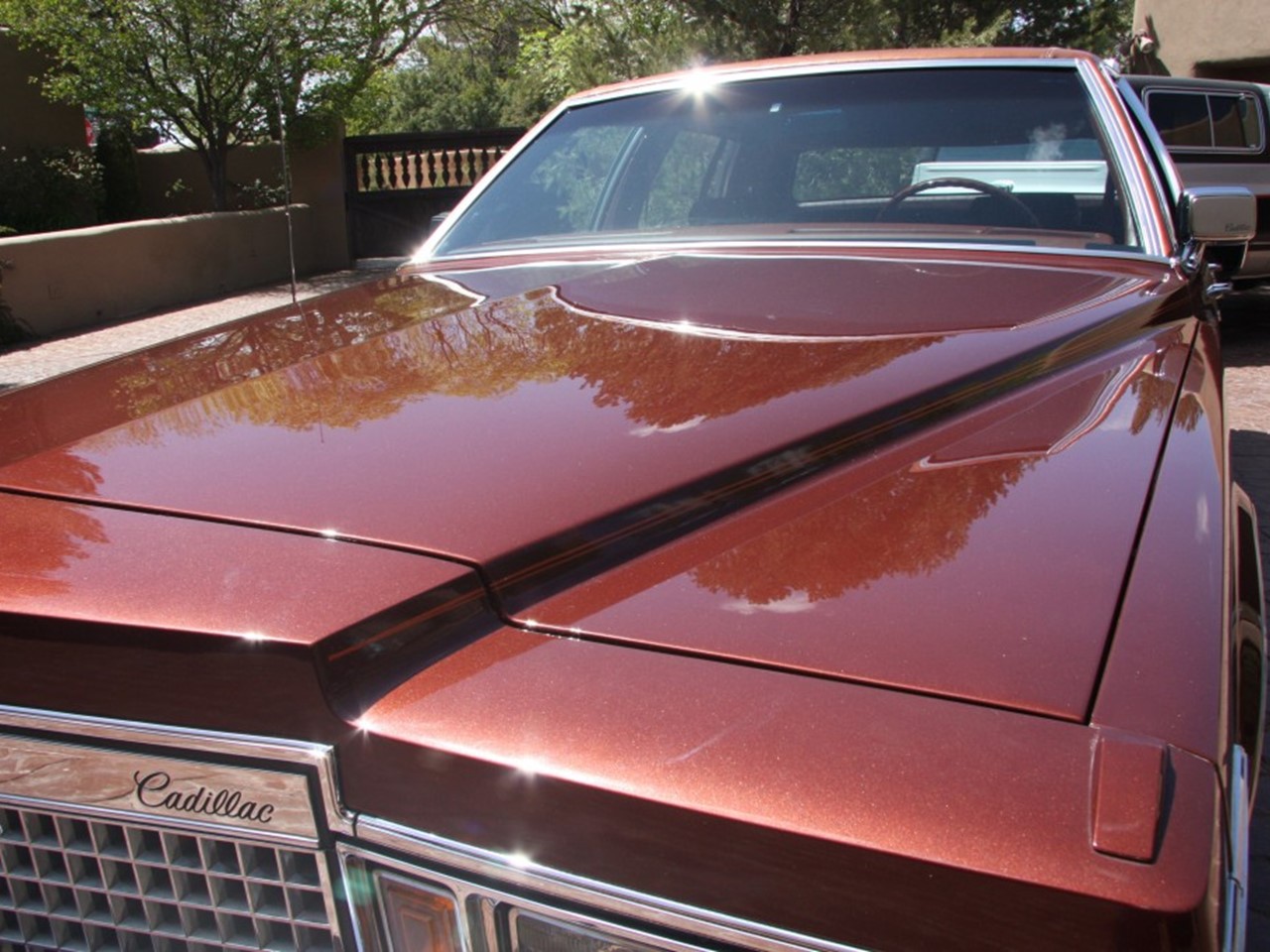 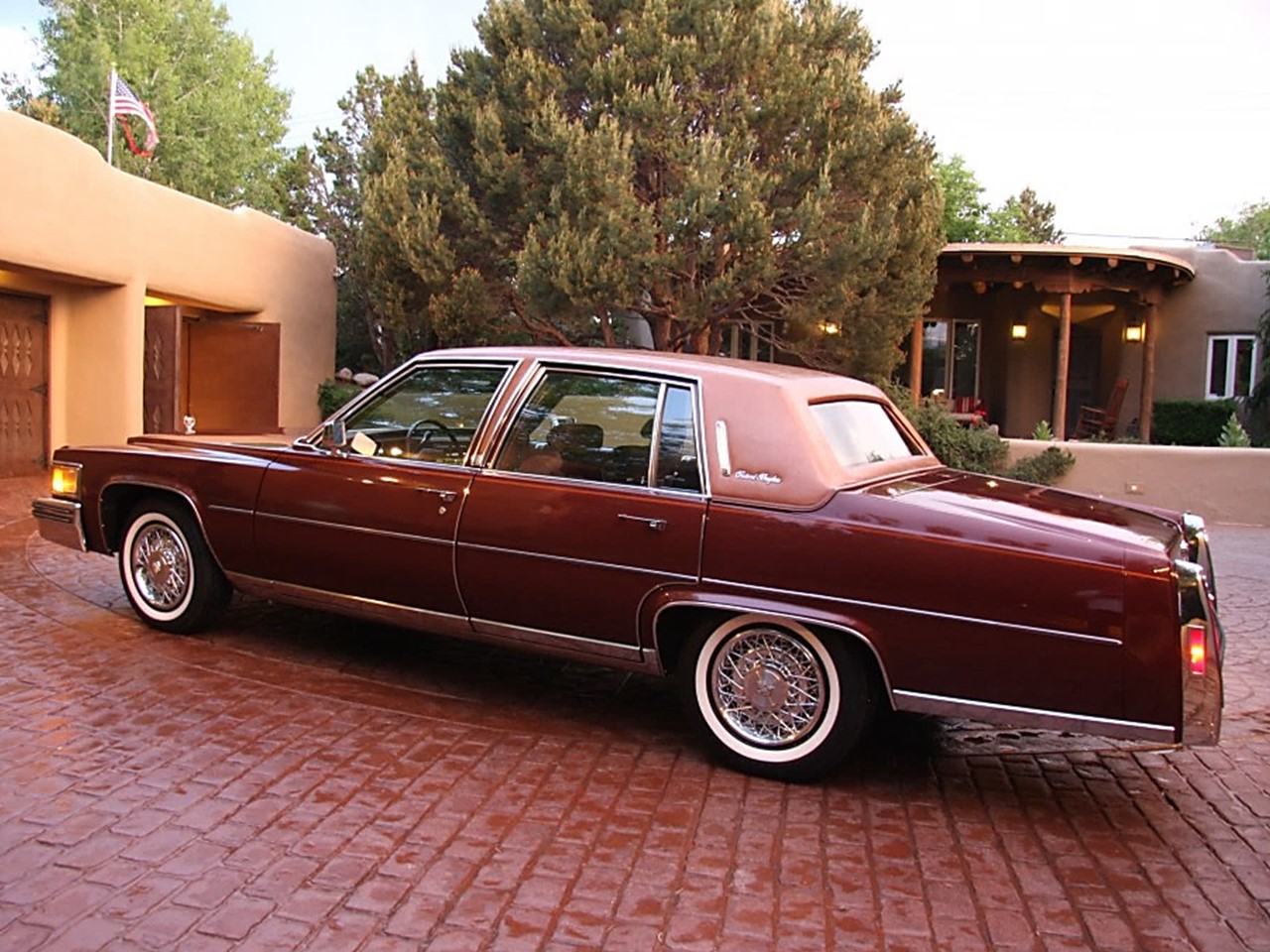 From the elegant exterior to the spacious interior, the 1979 Fleetwood Brougham is truly one of the world’s most luxurious automobiles. A Fleetwood was always a special kind of Cadillac…for special people. The Fleetwood Brougham for 1979 takes its place in automotive history…in the continuing saga of “As the Standard of the World Turns.” 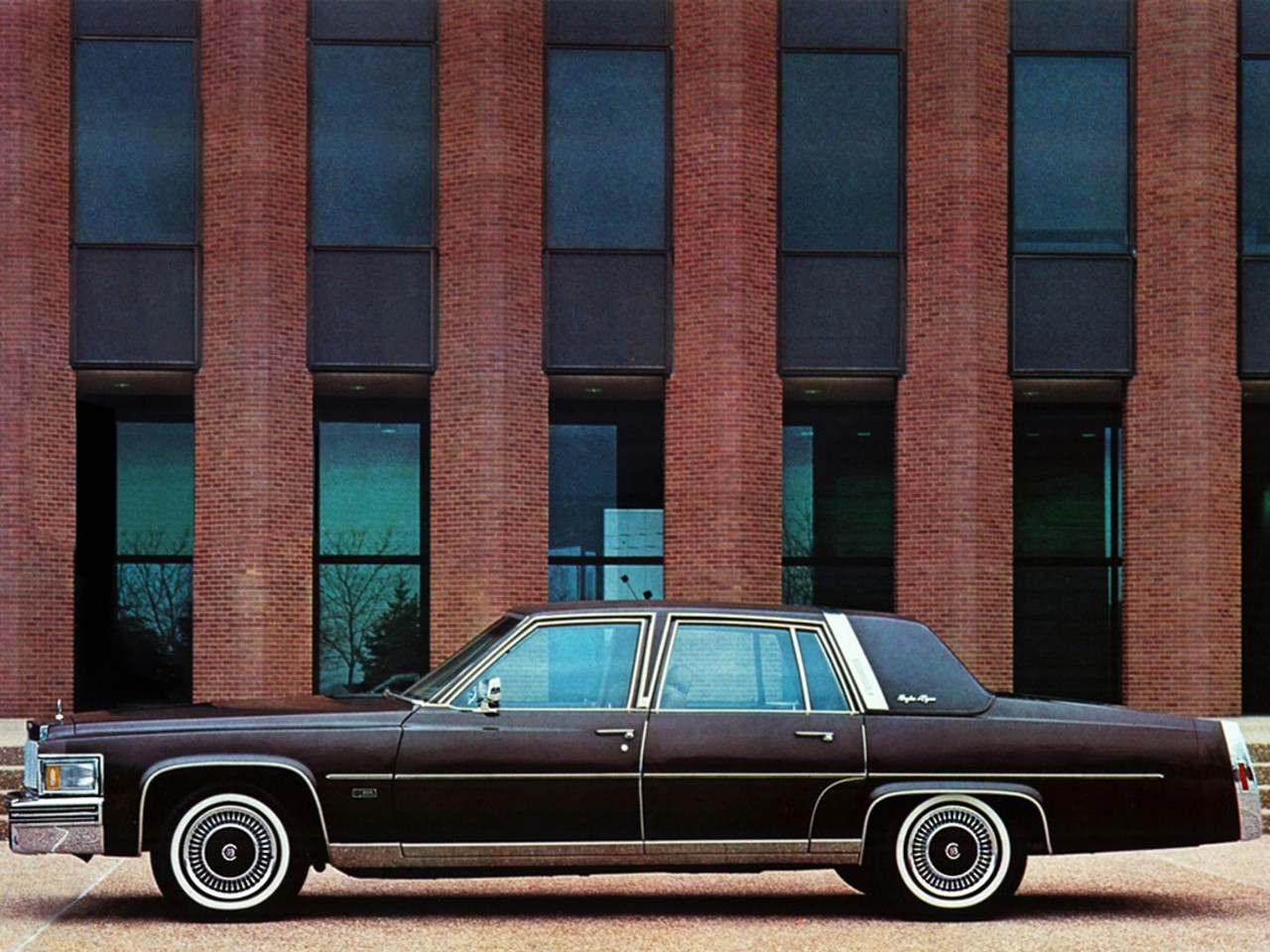 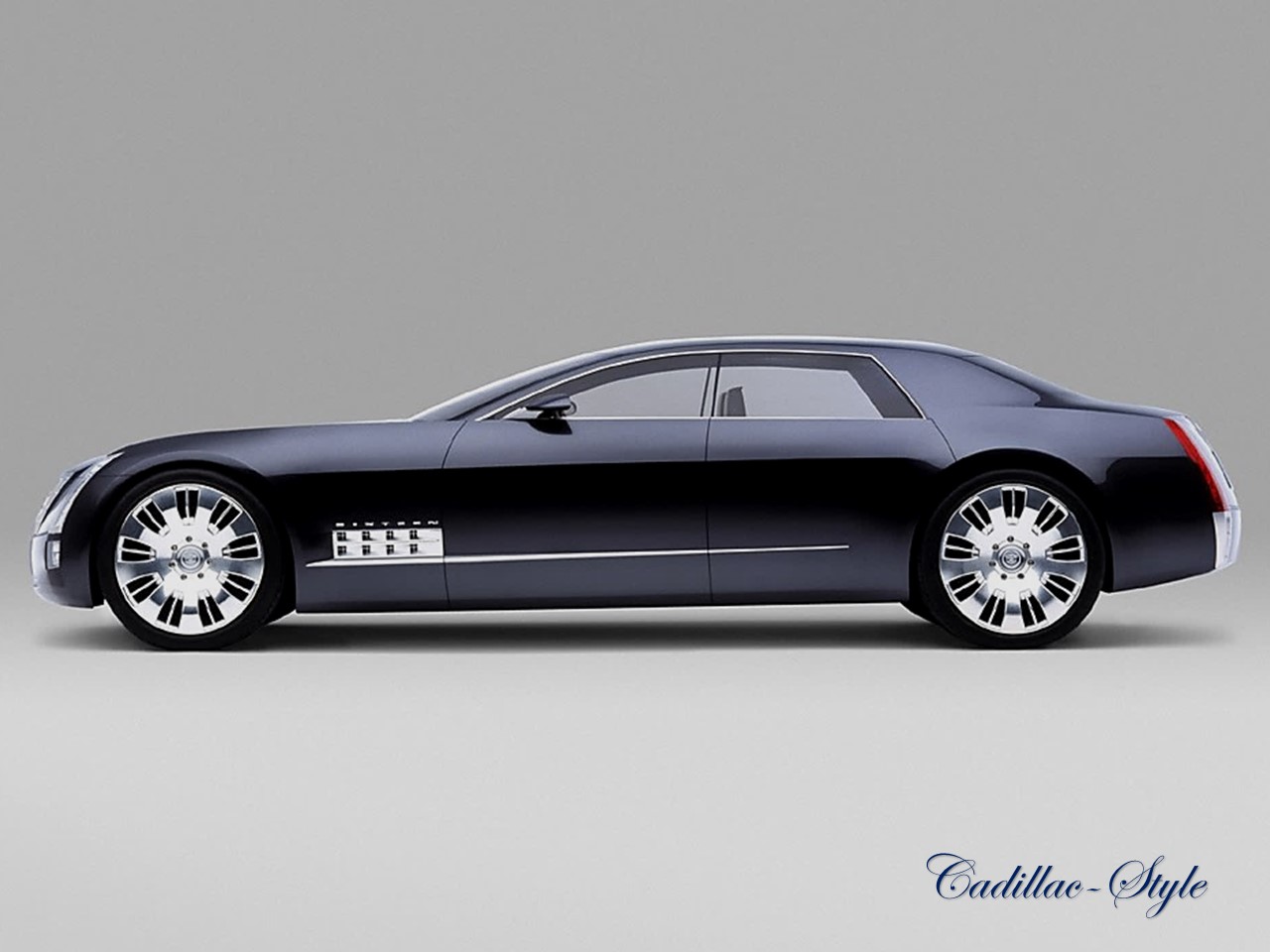 "As the Standard of the World Turns", Cadillac: Masterpiece from the Master Craftsmen