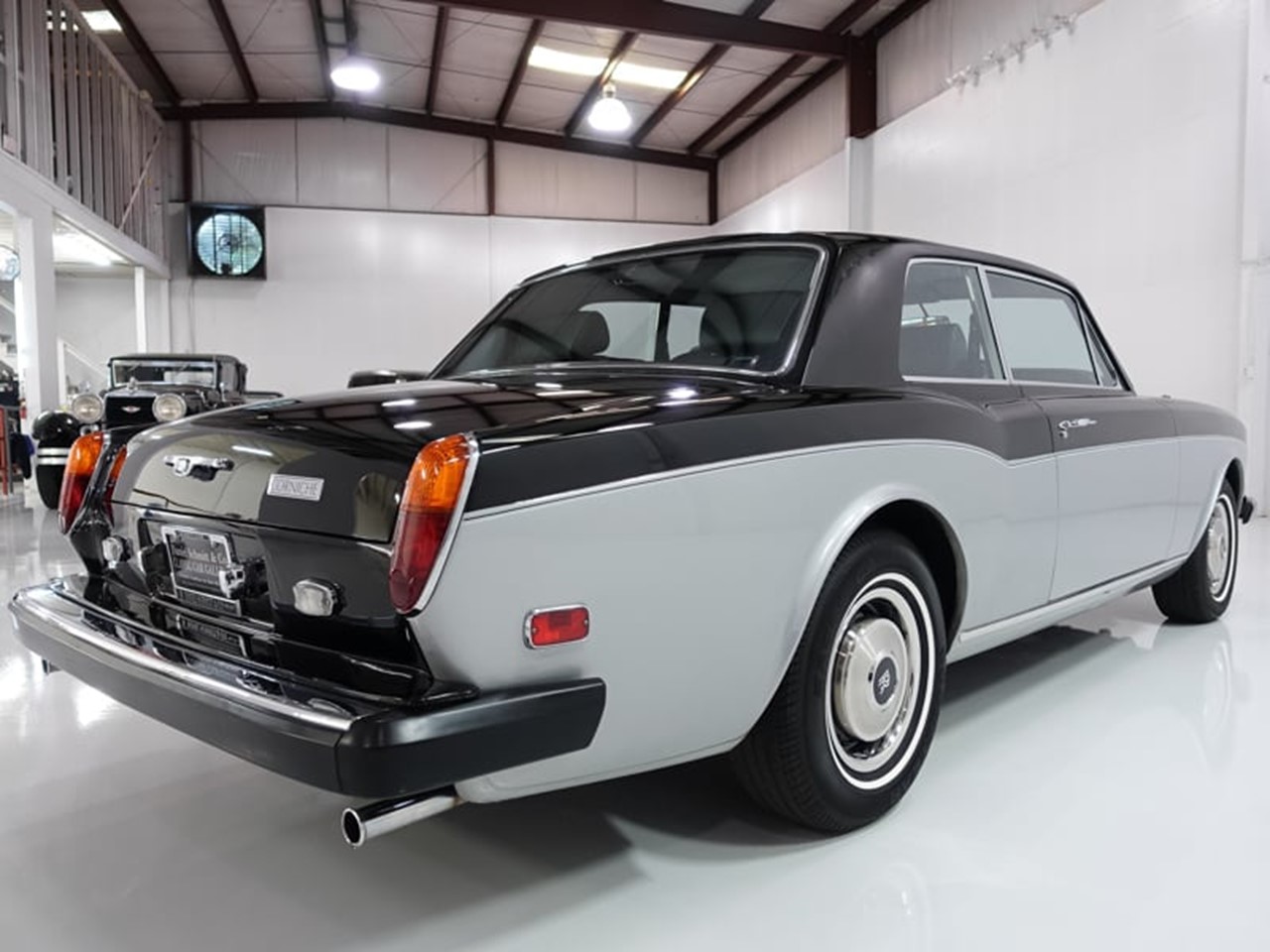 The iconic and unforgettable Corniche coachbuilt coupé remains the definitive Rolls-Royce motorcar. This is the most immediately identifiable model in the history of the brand. Two-door Rolls-Royce coupé models are constructed in their entirety by hand at a highly restricted pace to retain exclusivity.

These magnificent motorcars were custom-crafted to owner requisites making each unique in the world of fine automobiles. The Corniche coachbuilt coupé offers such spirited performance, one may be tempted to drive this elegant machine as a sportscar. It is an automobile of superlative pedigree fine enough to preclude the restless quest for something to replace it. 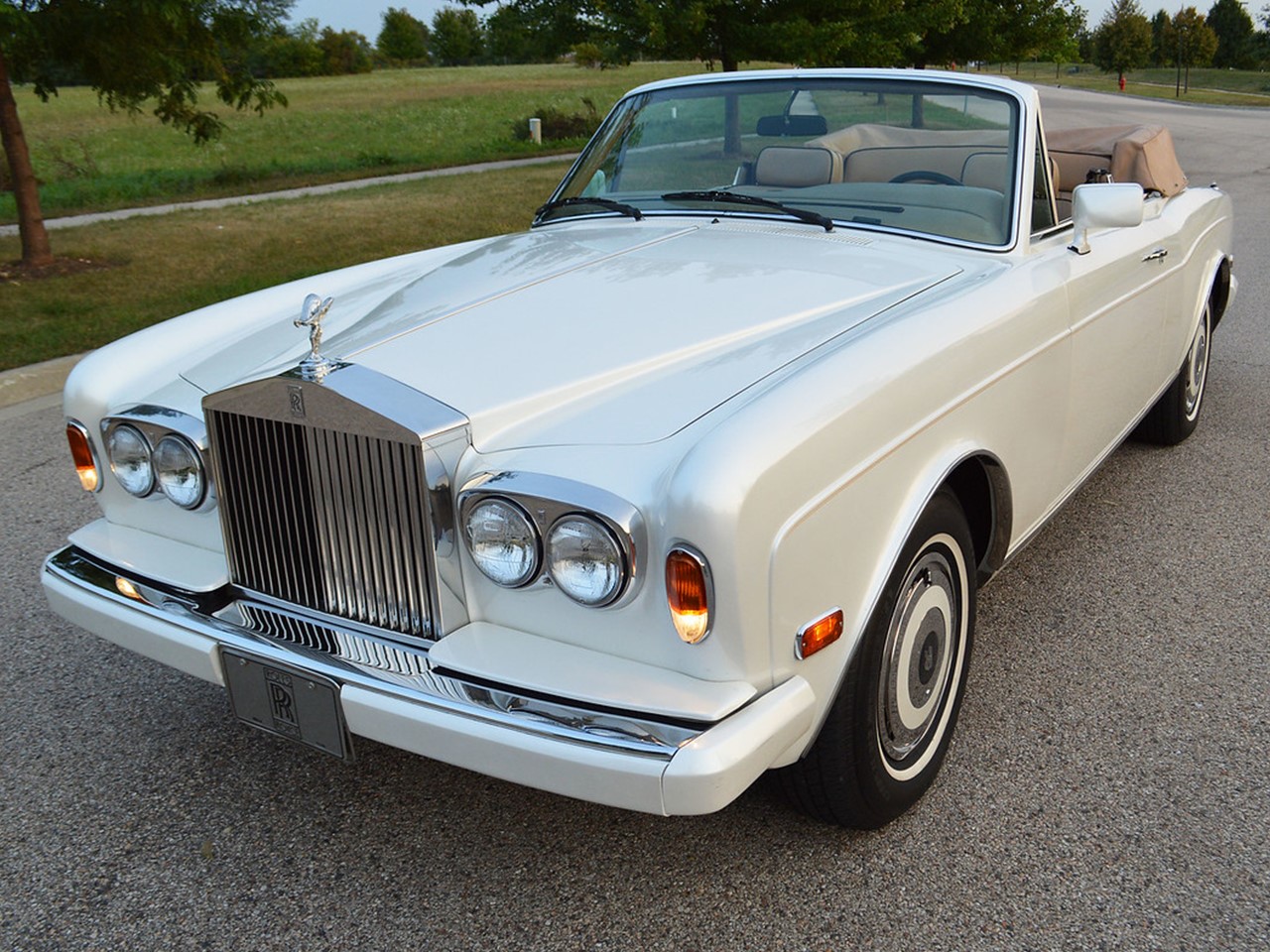 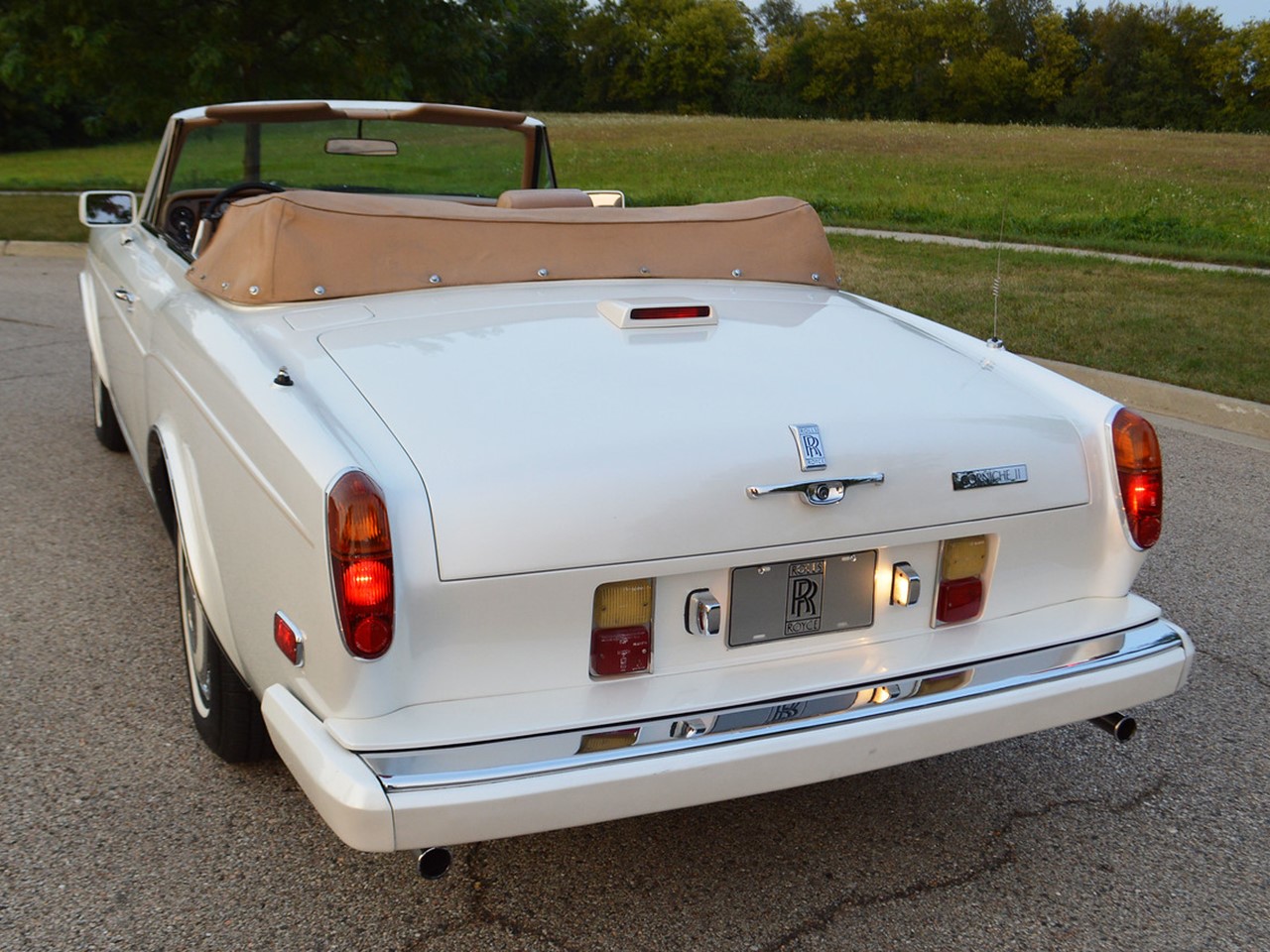 The legendary coachbuilder Mulliner Park Ward Design Studio of London patiently hand-built each Corniche as if it were their very own. It took a minimum of five months to build a Corniche. This eminent series was available as a fixedhead coupé and drophead convertible coupé. The lost art of coachbuilding consisted of carpenters, trimmers, cabinet makers, and metal craftsmen who could handle this formidable task – which couldn’t be rushed. This is a different genre for Rolls-Royce…when they built them one at a time as a craft.

As rare as these coachbuilt motorcars are, the Corniche coachbuilt fixedhead coupé is the rarest of the rare. Only 1,108 were built during their production tenure from 1971 until 1981. The Corniche is one of the most profitable and longest running model series for Rolls-Royce in its previous life in the 20th century. Production for the convertible coupé ran through the 1995 model year. It was revamped for the 2000 model year as a convertible model only built until VW and BMW split the marque ending production in 2002. 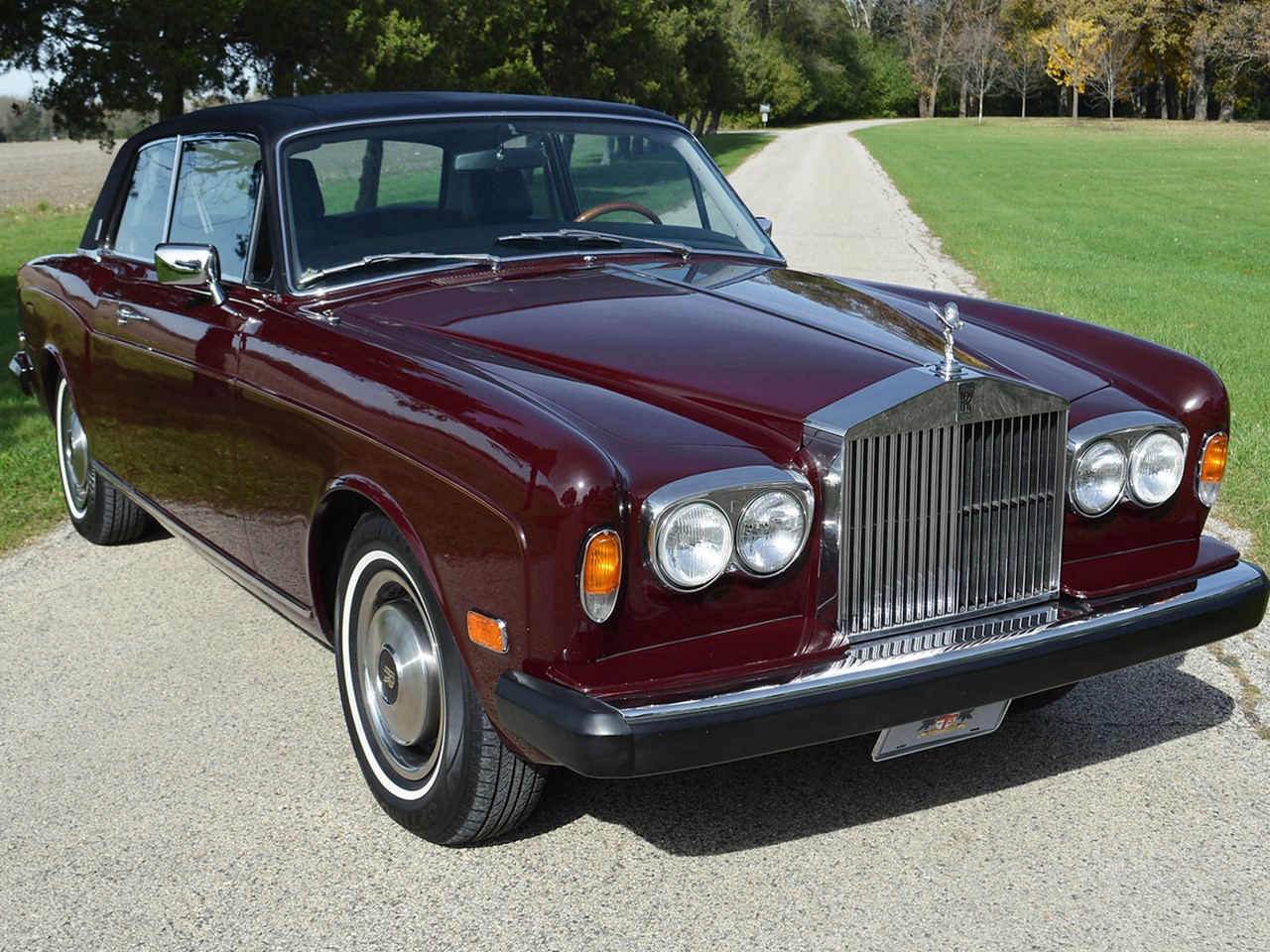 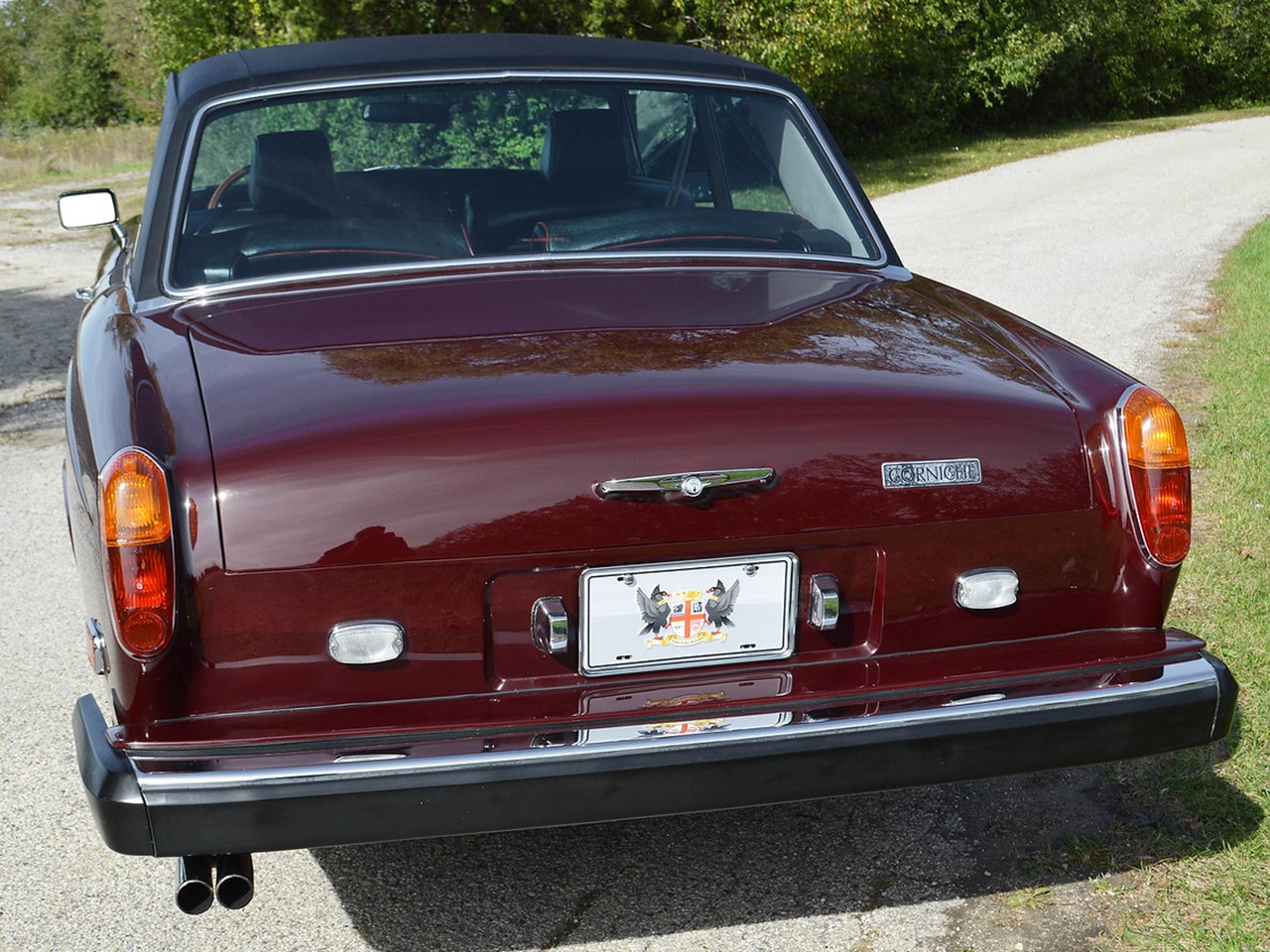 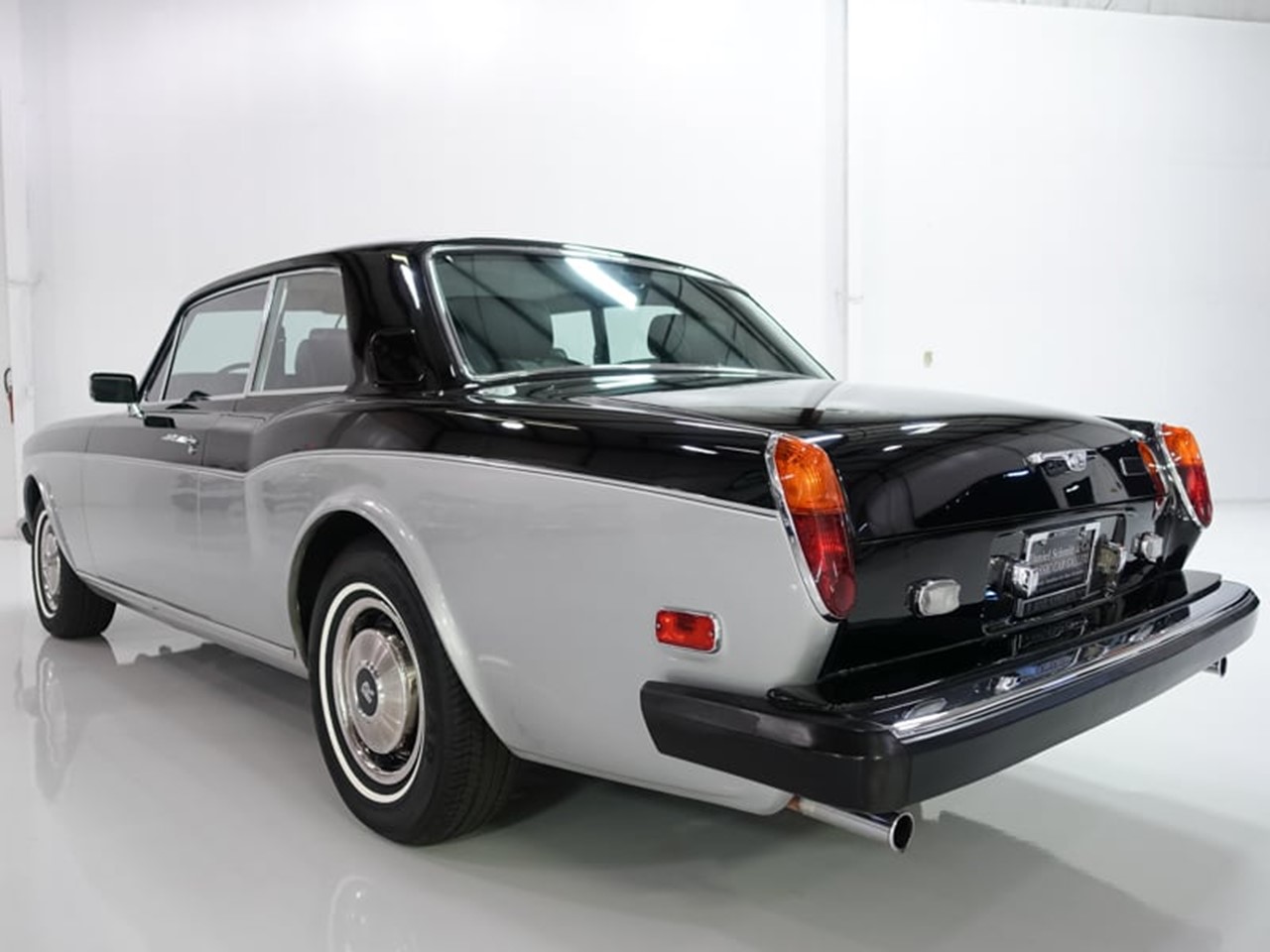 The Corniche is motoring resplendence – it’s a true masterpiece with a timeless essence. Rolls-Royce never designed their motorcars to render previous model years redundant. Corniche coachbuilt coupé models carries on the classic tradition opulently. They sport a lower silhouette than their sister Silver Shadow derivatives. The bodyshell is further refined with a lower waist rail.

The sweeping fenders are interrupted by a graceful cupid’s bow replacing the saloon’s rear door panels. Fender lines continue and end into modified tail lamps. The boot lid is sculpted lower than the four-door saloon design. Doors, bonnet, and boot lid are crafted from aluminium alloy for weight reduction without sacrificing tensile strength. At least four months alone of shaping, fitting, testing, fine-tuning, painting and redefining were involved at this stage while in theatre. 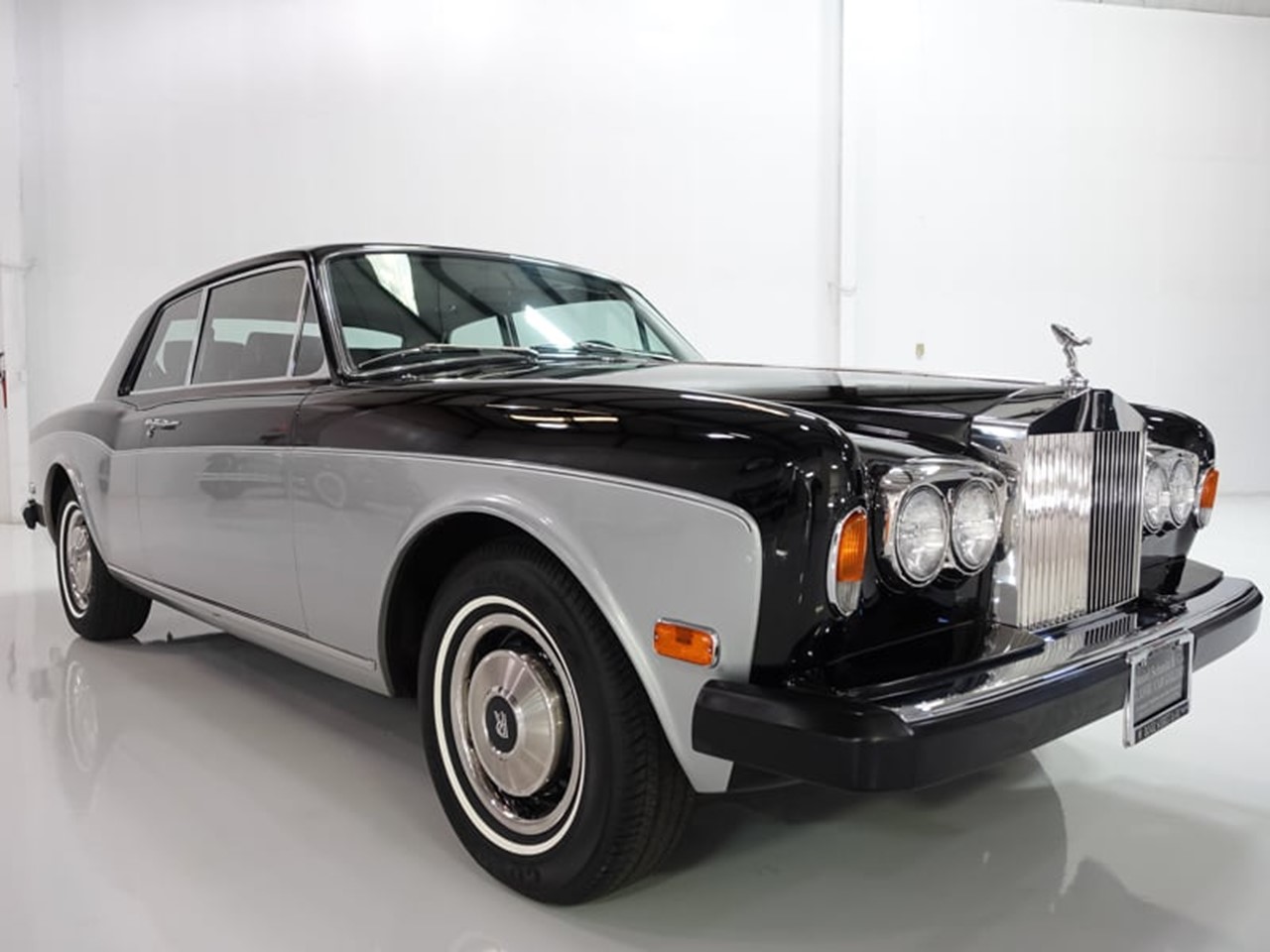 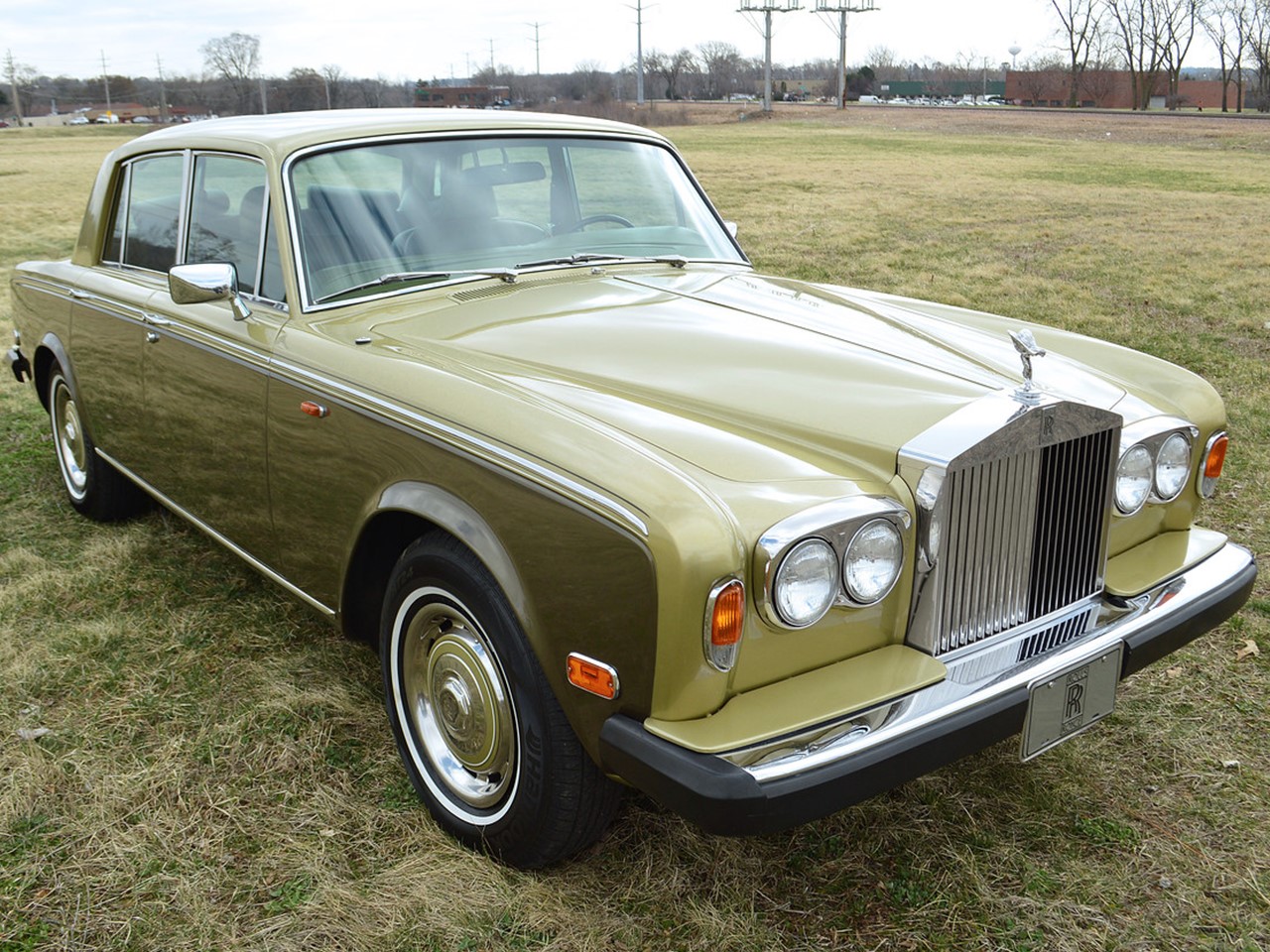 Corniche is a timeless pleasure to drive becoming a priceless asset to own. The cabin is richly trimmed with handcrafted cross-banded veneers. This is a signature feature exclusive to this series. Hand-stitched natural grain leather by Connolly Brothers pleases the senses with heady aromatics and graphic beauty. Wilton hand-tufted 100% wool carpet with lambswool rugs graciously mock the comforts of home.

To fully appreciate the exquisite elegance of the Corniche coachbuilt coupé – it must be driven. Power window lifts, power door locking with central locking feature and audible theft deterrent system, power front seats, and tinted safety glass are among the myriad standard features and accessories. The Corniche is equipped with the Rolls-Royce dual-level automatic temperature control to dehumidify, heat and cool maintaining comfort in any climate from head to toe. Corniche is the flagship model dedicated to personal luxury without compromise. 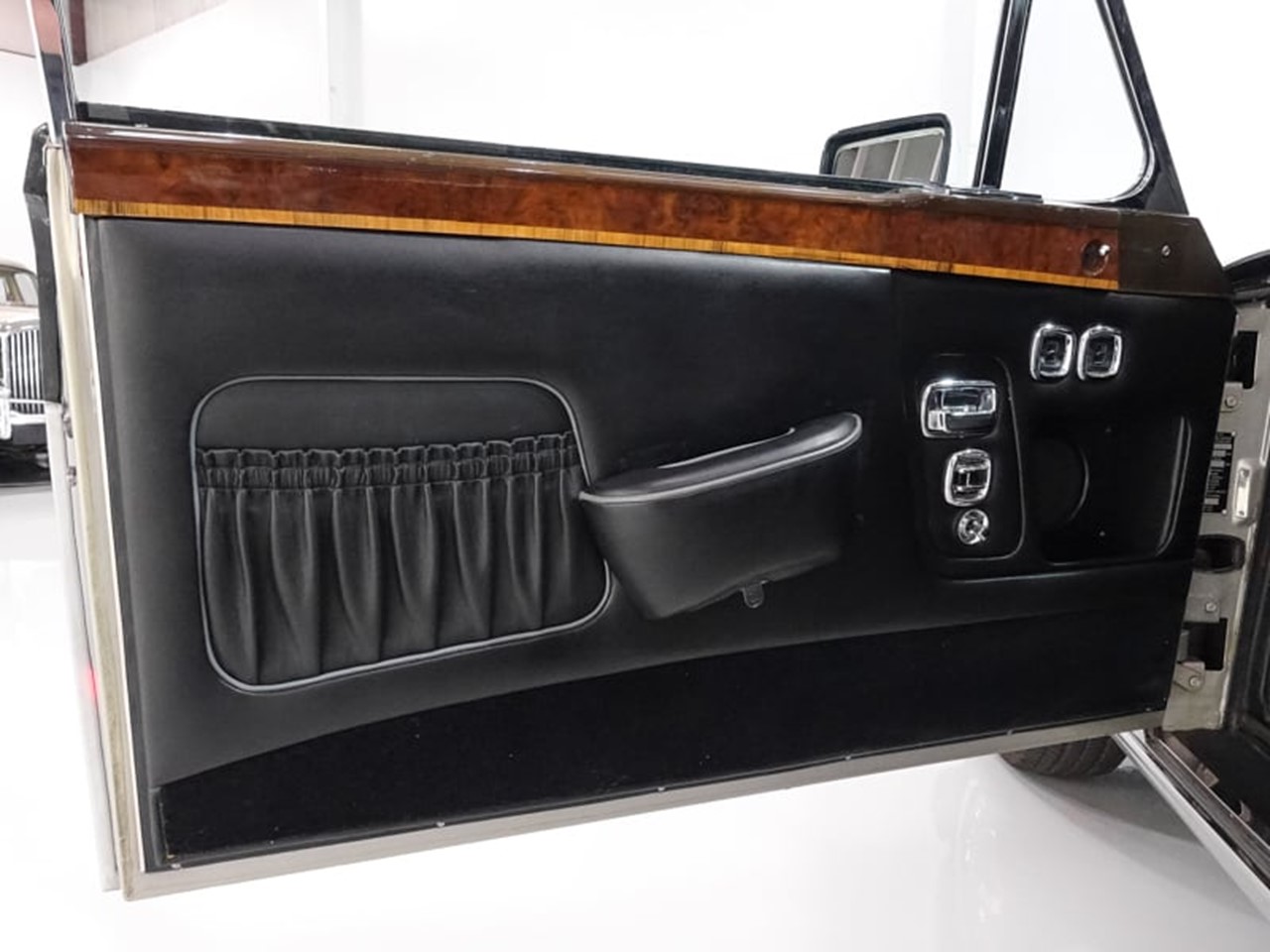 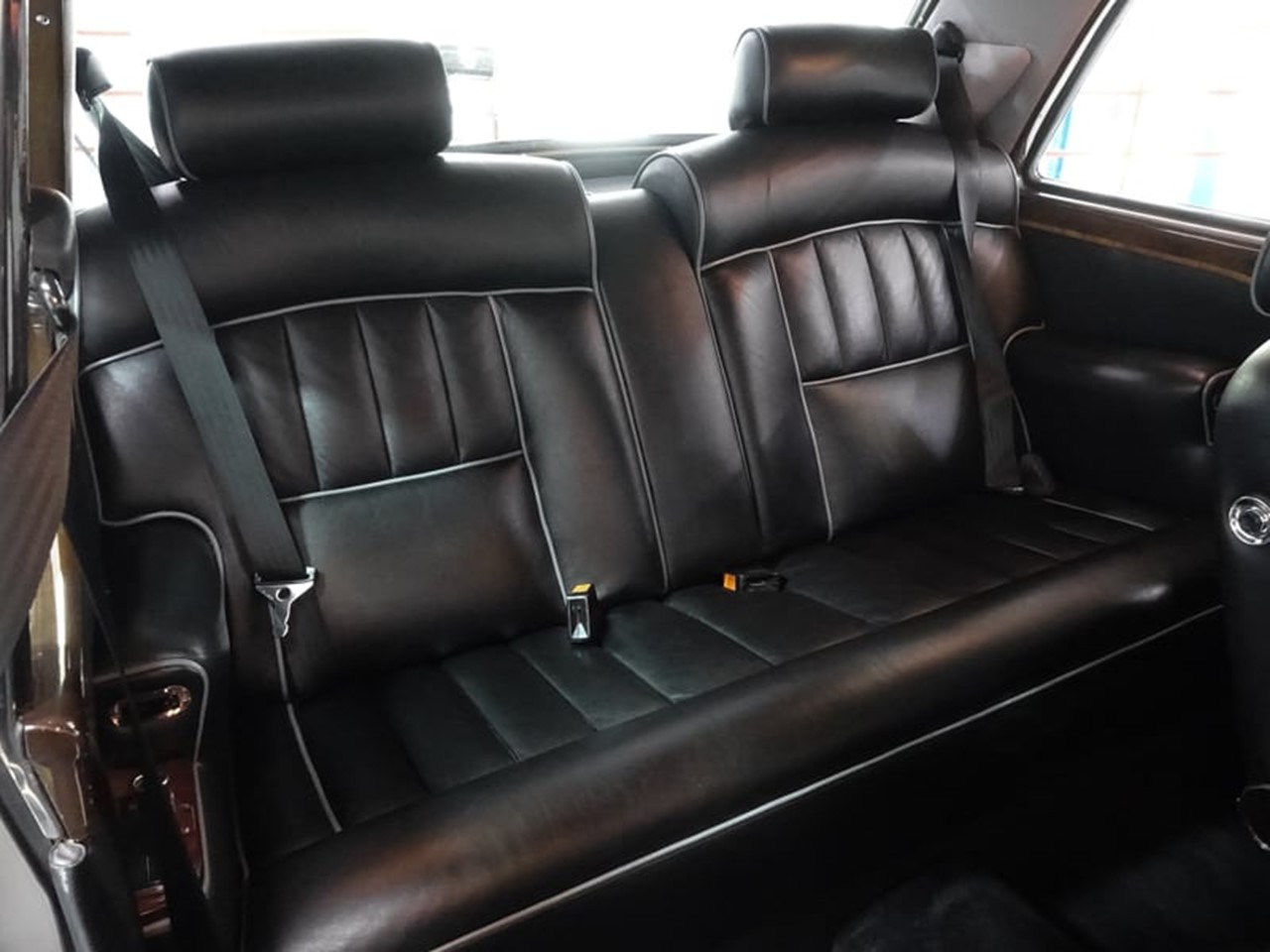 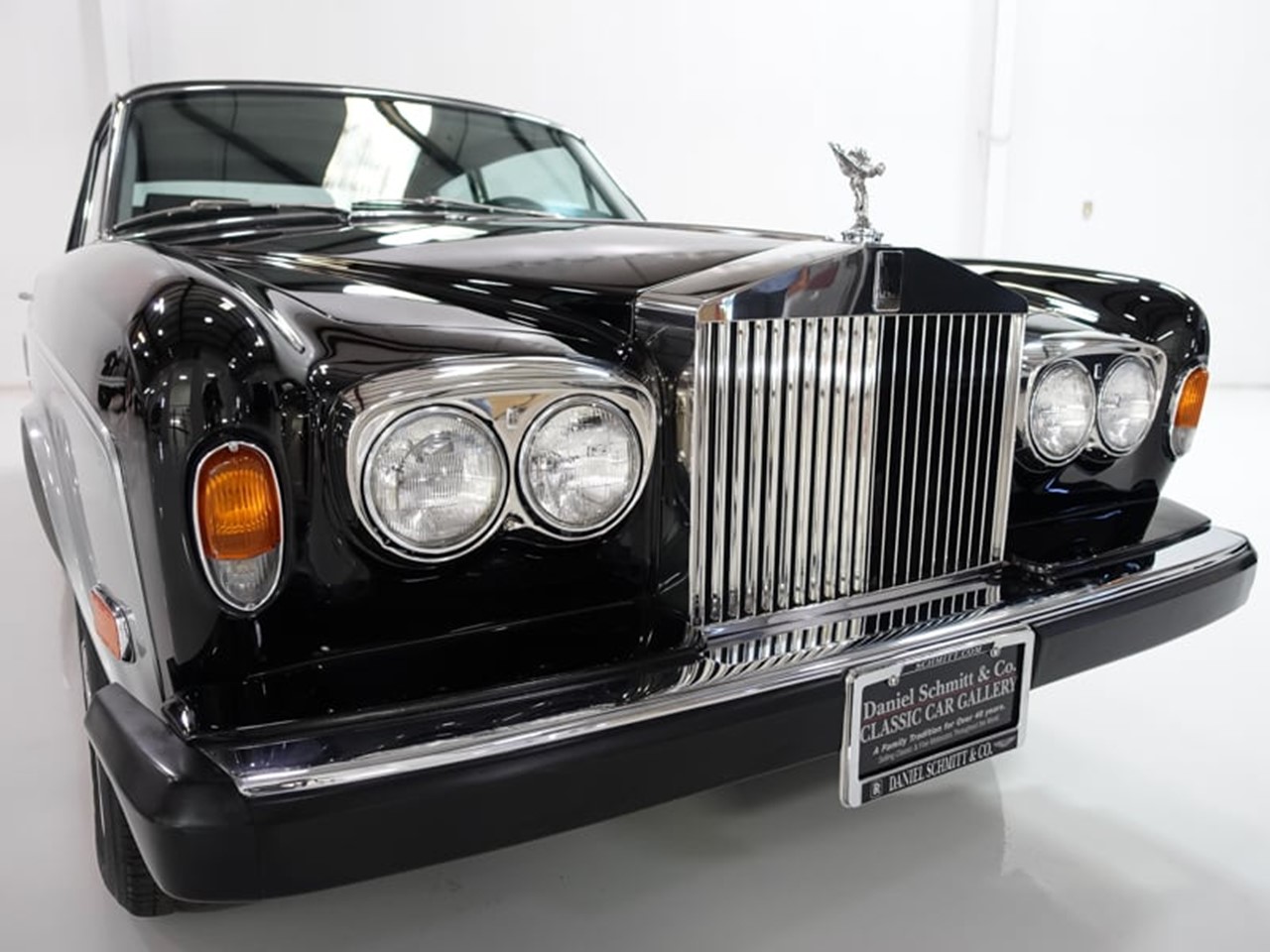 From the moment one slips the key into the ignition – it’s realized…this is no ordinary car. Engage the starter, the 6.75 litre V8 engine immediately comes to life imperceptibly. The mechanical aspects of the Corniche retain their anonymity in all phases of operation. As you sit in virtual silence – completely void of any vibration or extraneous tension from the outside world. You actually have to glance at the controls to make sure it’s running. The Corniche doesn’t ROAR its presence…it nonchalantly whispers its existence –

The real mastery begins when the Corniche is placed into ‘drive’ and the silky-smooth performance continues. It takes to the road with a magnificence that cannot be comprehended until it is witnessed. Monocoque construction ensures squeaks and rattles remain in motorcars of lesser stature. A four-wheel independent suspension anchors the Corniche to the road for an effortless journey.

A sophisticated self-leveling system maintains poise at all speeds. The four-wheel disc braking system has a dual reservoir for independent front and rear operation; should one system fail it will continue to halt each wheel independently. Power assisted rack-and-pinion steering places the Corniche accurately on the road with a command and control usually associated with advanced sporting machines. 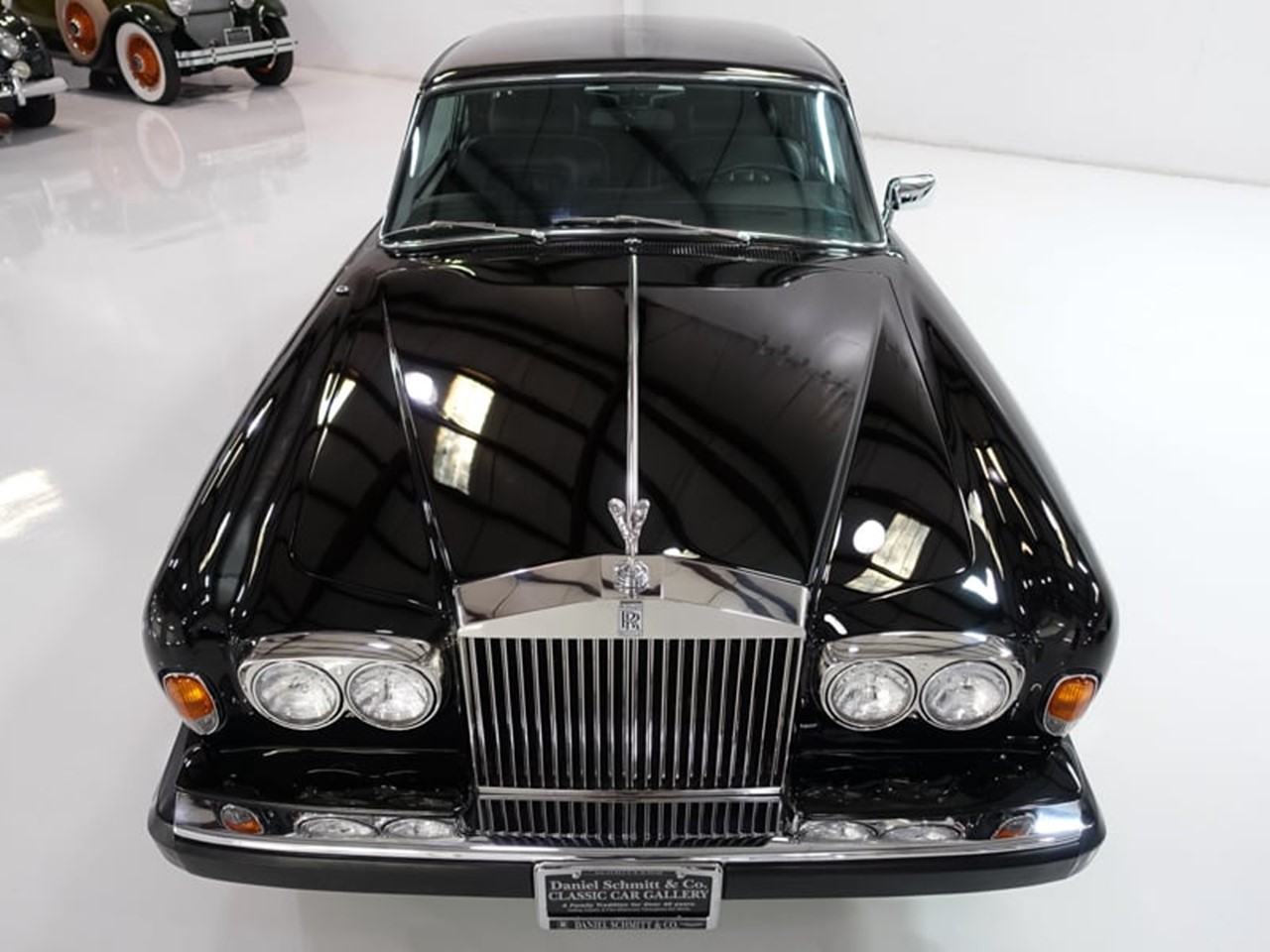 The Corniche coachbuilt fixedhead coupé – as with all Rolls-Royce motorcars – is built with extravagant care. It was built to be as individual as one’s own finger prints through an extensive personal commissioning program. Rolls-Royce motorcars are primarily built as four-door saloons. The artisans at H.J. Mulliner, Park Ward Design Studio in London handcrafted the Corniche with exemplary fit and finish.

As each exited the assembly hall at the famous Crewe location in the U.K. it immediately became a collectible motorcar destined to be a cherished classic. Mulliner Park Ward coachbuilt motorcars from the 1960s now sell in six figures – if one can be found for sale. The Rolls-Royce Corniche coachbuilt coupé is rich and extremely rare with only 1,108 produced during its 10-year tenure. It is the ultimate expression of Rolls-Royce coach crafting and bespoke elegance. 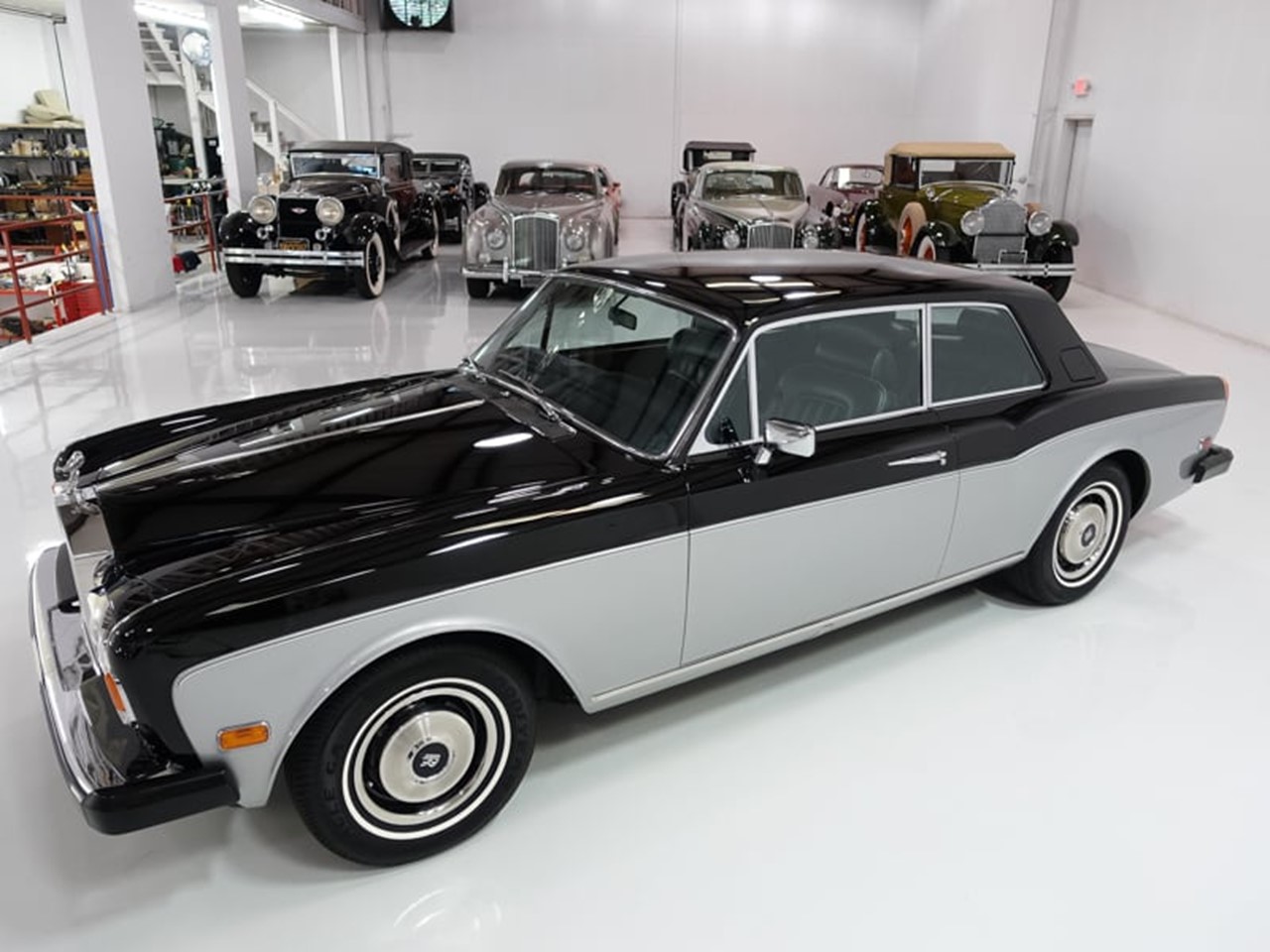 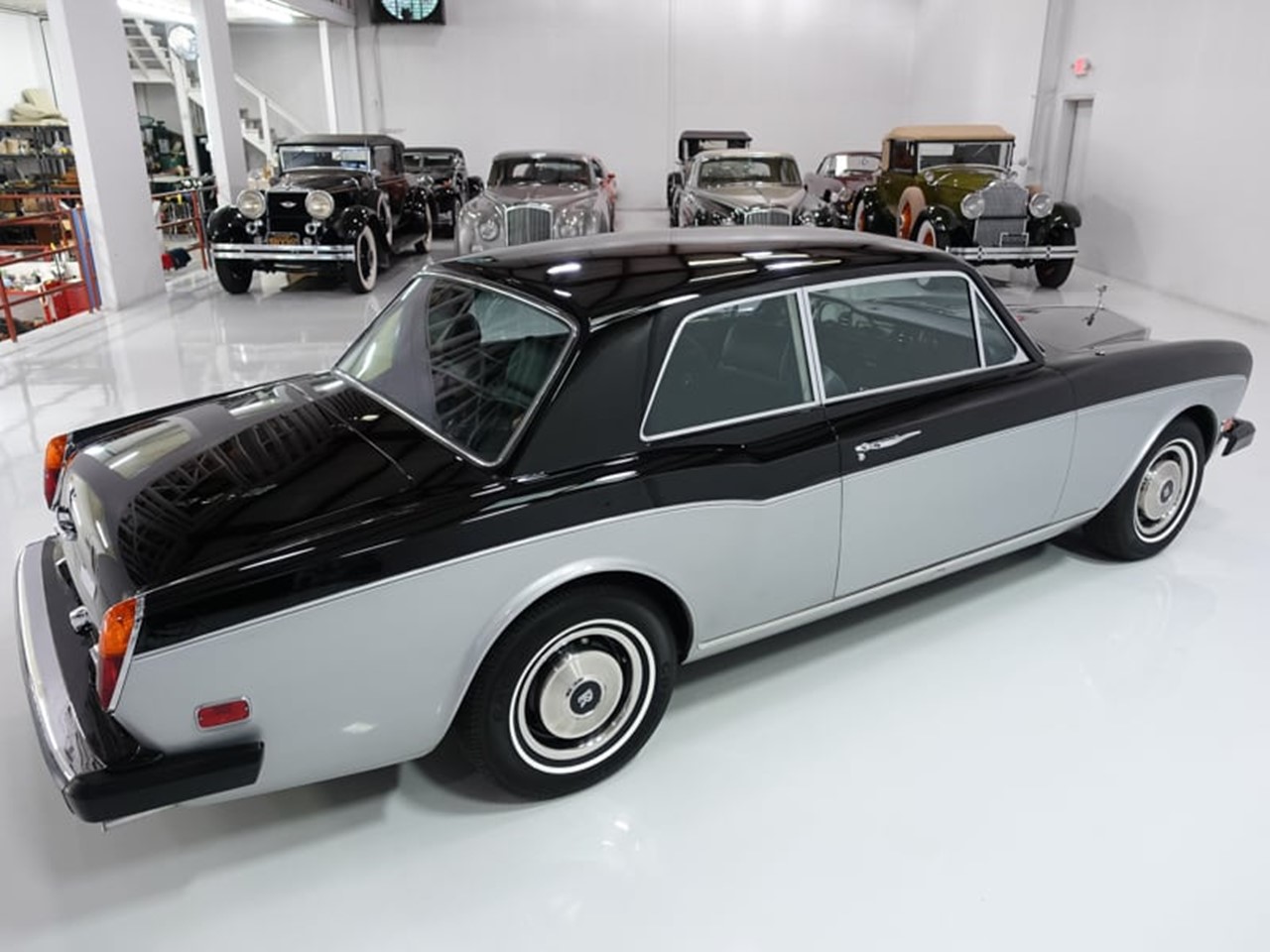 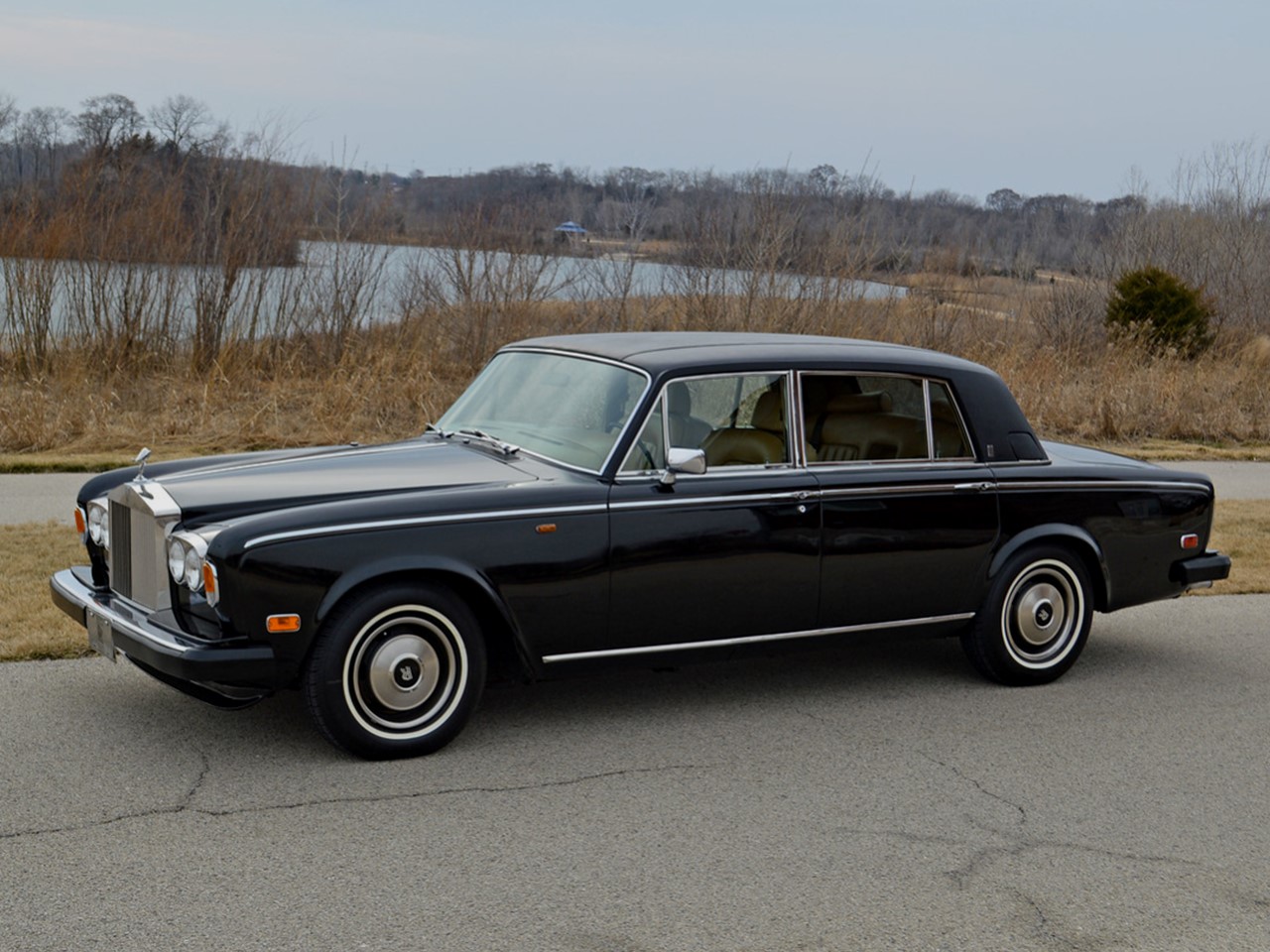 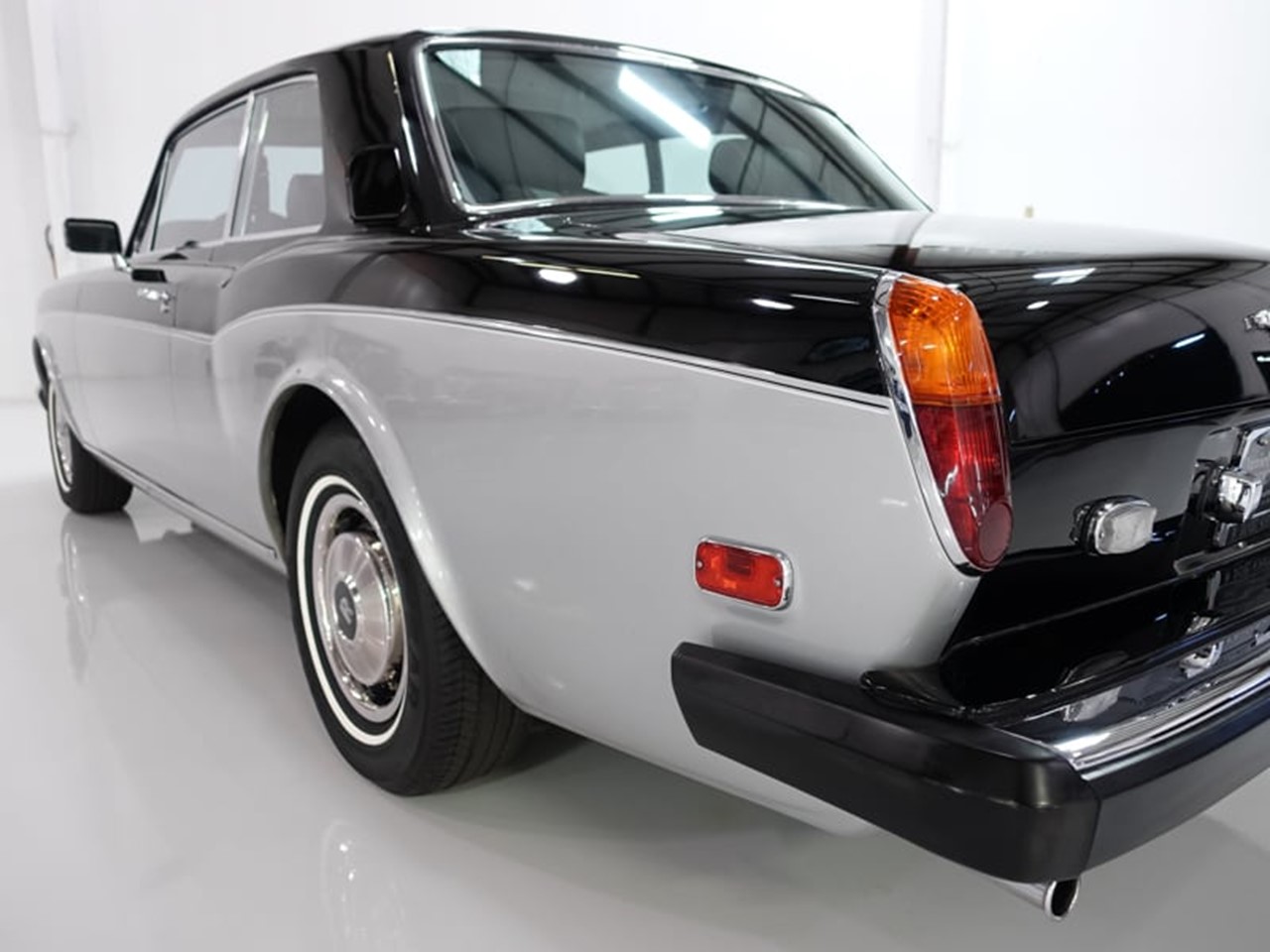 Here’s a rare 1967 Rolls-Royce Silver Shadow long wheelbase saloon. In this section you will see the rarest of the rare models. Hope you enjoy the new format.