…from the ultimate driving machine

There is always one saloon in the BMW model hierarchy that serves as the engineering Flagship…it is not designed with second-place in mind. It’s a car of superlatives…a car of absolutes…the current entry is the formidable 7 Series. Completely redesigned for the 2016 model year – as a unique synthesis of ride and handling poise – it is a direct function of technology artfully expedited at the summit of the automaker’s craft. The BMW 7 Series is a showcase of automotive art with its lusty new 4.4 litre V8 engine which is mechanically next to mute in idle…it exudes a hushed presence at highway speeds. The 2016 BMW 7 Series does exemplify what luxury means and is worthy of its Flagship stature… 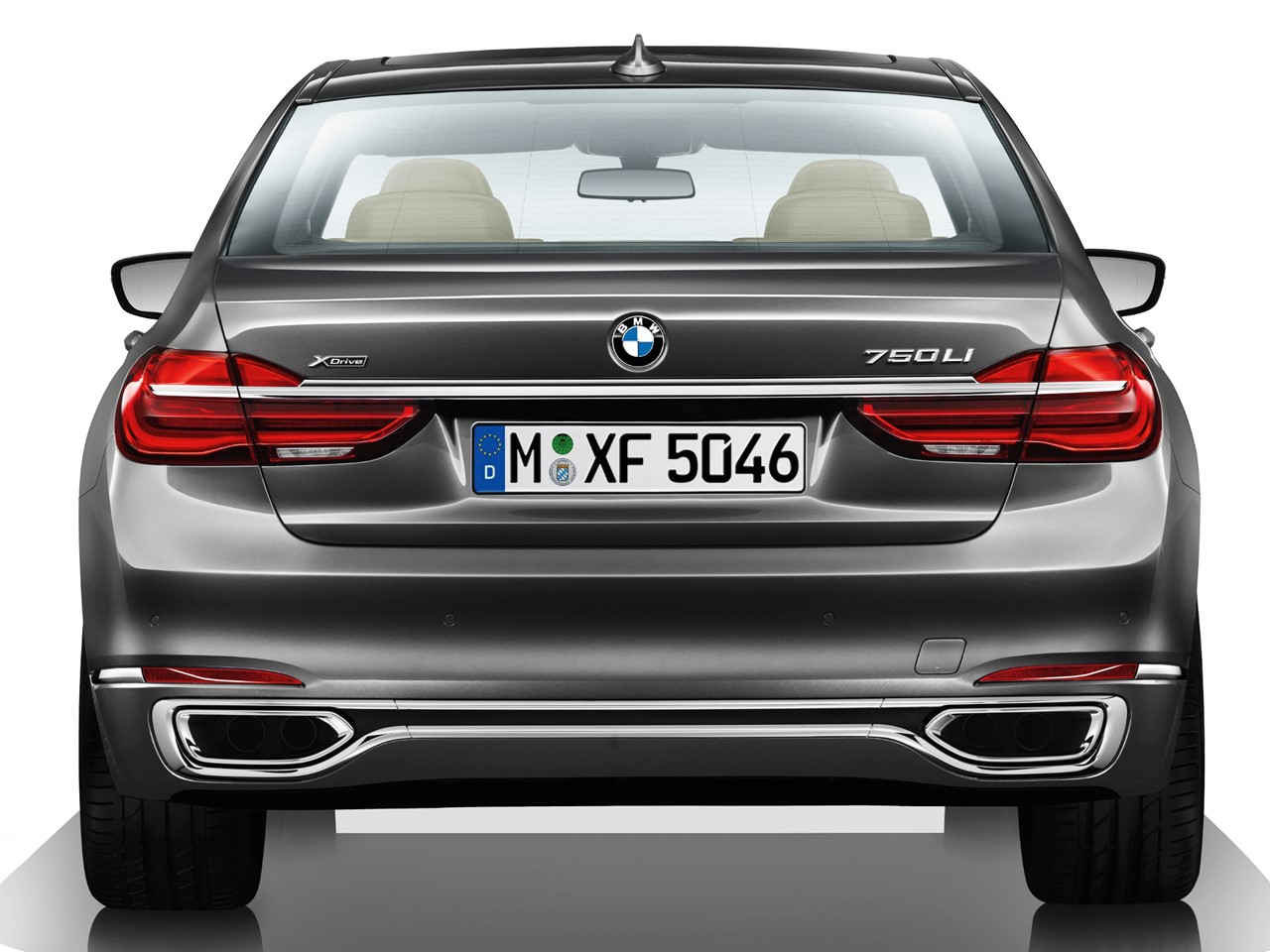 Such a synthesis of excitement, comfort, and logic could only be derived from BMW. The next generation of the 7 Series will set new benchmarks in lightweight design, driving dynamics, comfort, intelligent connectivity, and operation. Comfort and safety has been redefined with new chassis technology, exceptional scope for interaction with the cars infotainment technology, and a wider selection of driver assistance from BMW ConnectedDrive.

A unique industry first for the 2016 BMW 7 Series is Remote Control Parking. With this option, the vehicle can maneuver itself in and out of the garage or parking lot…without the driver behind the steering wheel – the only requirement is the new Display Key that provides helpful information on range and locking status as well as service bulletin notifications.

A new generation BMW Parking Assistant maneuvers the vehicle into parallel parking spaces and is now capable of parking in perpendicular parking spots. It controls the entire maneuver into the parking space including steering, gear shifting, acceleration, and braking operations. Active Park Distance Control assists the driver with manual reversing maneuvers. This feature autonomously brakes the vehicle to prevent collisions with obstacles in the back of the vehicle. Now this is shocking innovation…even to NotoriousLuxury – the 2016 BMW 7 Series is the epitome of contemporary technology.

The 7 Series comes standard with a two-section Panoramic Moonroof with opening front section. An optional Panoramic Sky Lounge LED Roof uses LED modules along the sides and is spread evenly throughout the glass surface. At night the etchings in the moonroof glass has graphics emulating the effects of a star lit sky and is available in six colors. 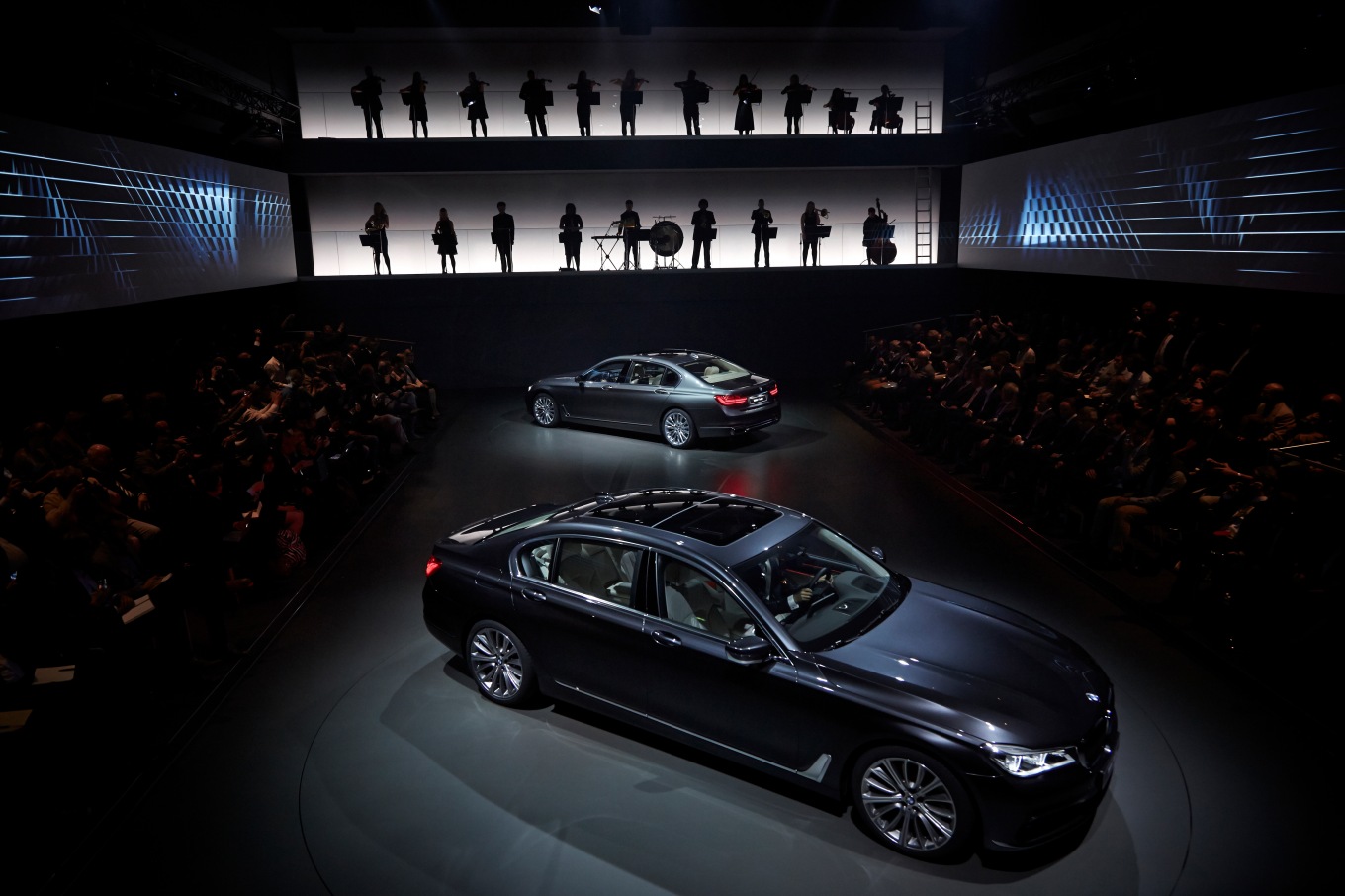 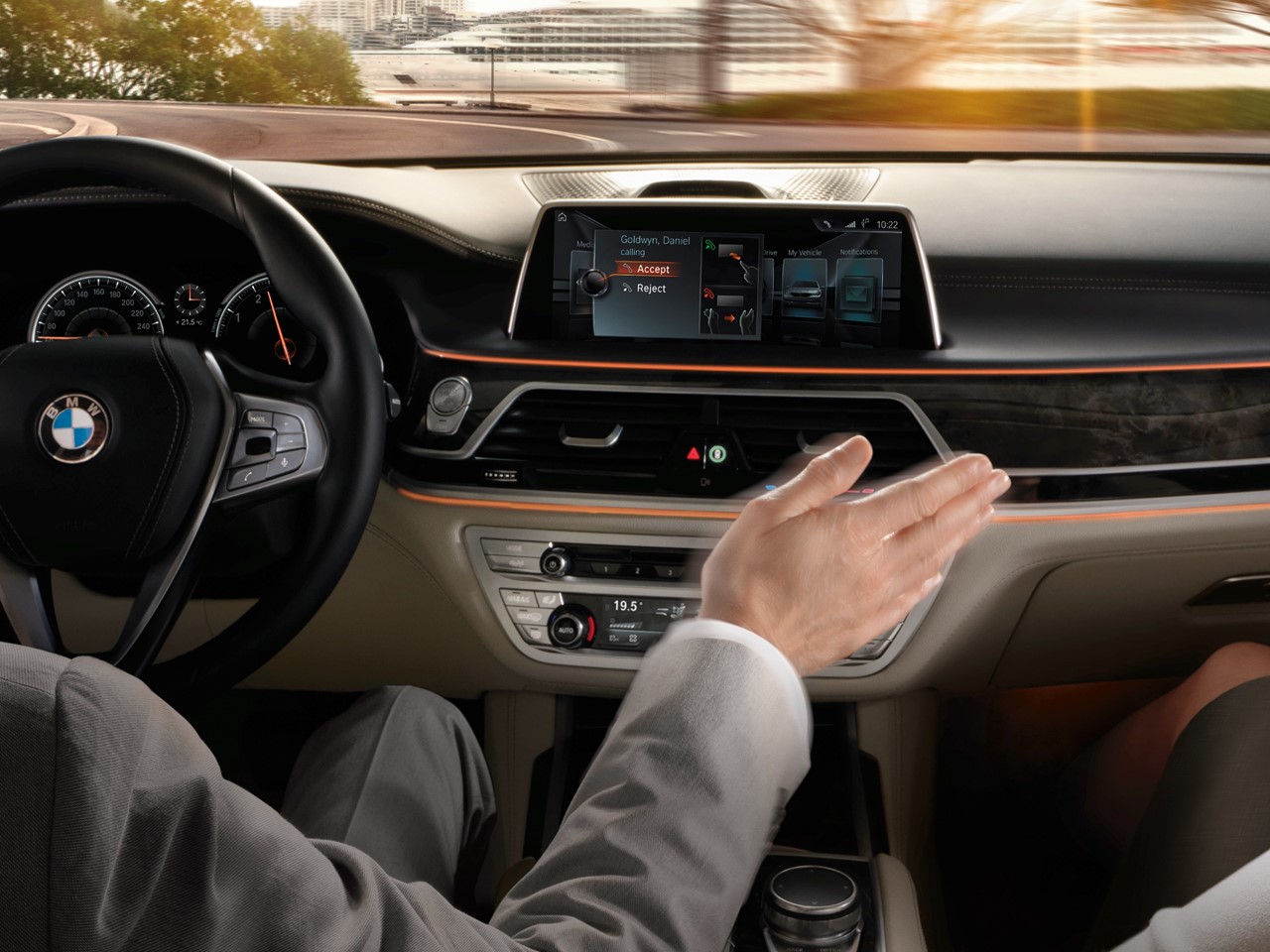 BMW has experience building high-performance luxury machines where integration – not the isolation – of man and machine is the goal. The approach includes the driver as an integral part of the vehicle itself. The all-new 7 Series offers different ways to control it. Touch Command, iDrive Controller, push-button, and voice actuated systems are available at the driver’s discretion. Still another industry first is the patented BMW Gesture Control…for instance, the radio can be operated, and even the phone may be answered by using a simple gesture…automotive progress is synonymous with BMW.

BMW is the master of connectivity. The ConnectedDrive in the 7 Series has all of the current innovation and has once again taken comfort, safety, and infotainment to unbeatable levels in the premium luxury car segment. A vast array of all-new or optimized assistance systems including semi-automated driving systems are available.

Numerous functions can be integrated into the car using Apps via built-in SIM card or a smartphone and can be operated using the sophisticated iDrive control system. With the highly bespoke nature of the 7 Series, the entire car may be connected to the world via computer electronics for communication systems to meet any need. These spacious limousines can be equipped as rolling boardrooms for the executive who must work while traveling. The communication system can be designed to interface with your home and or office network – 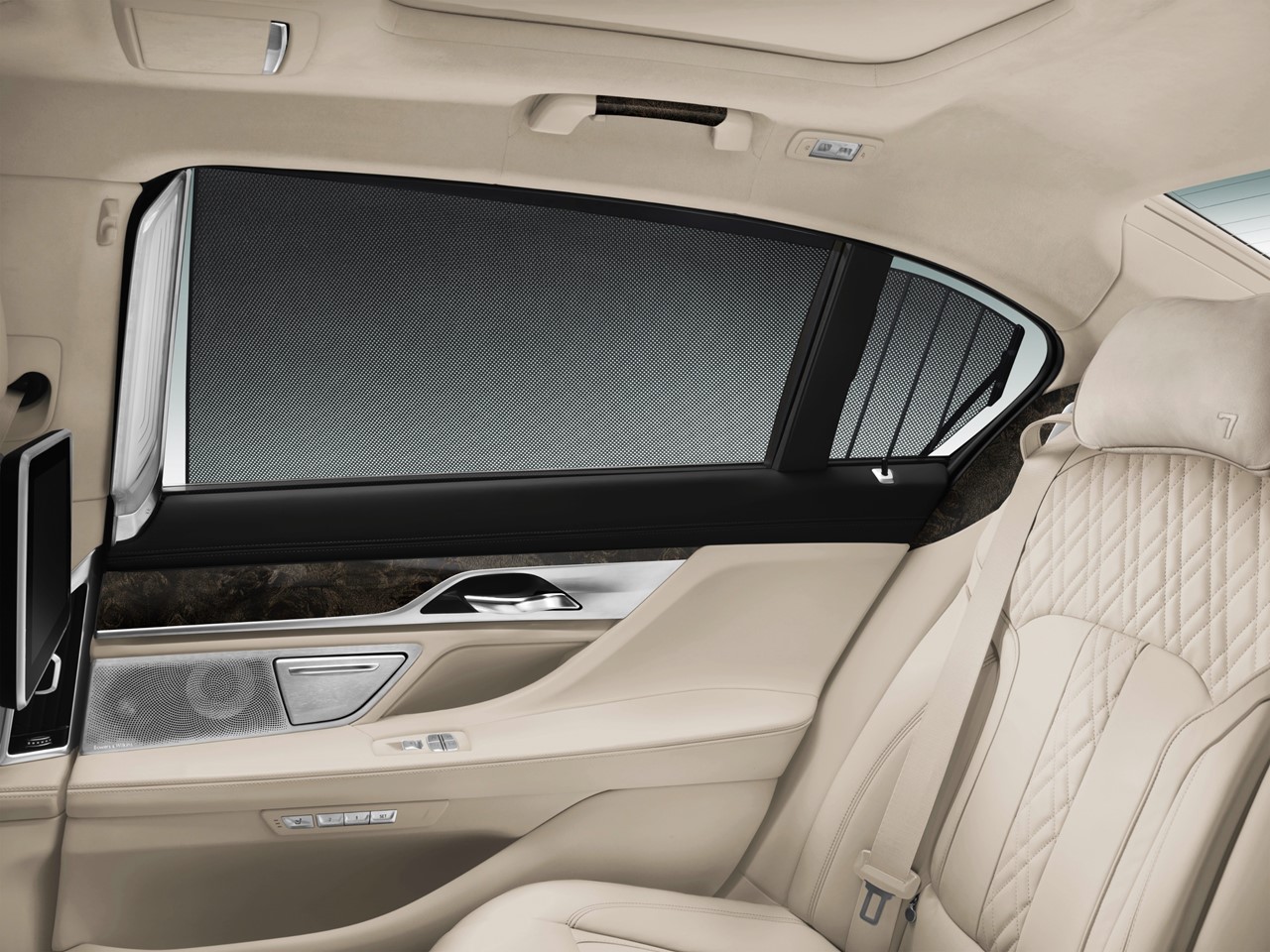 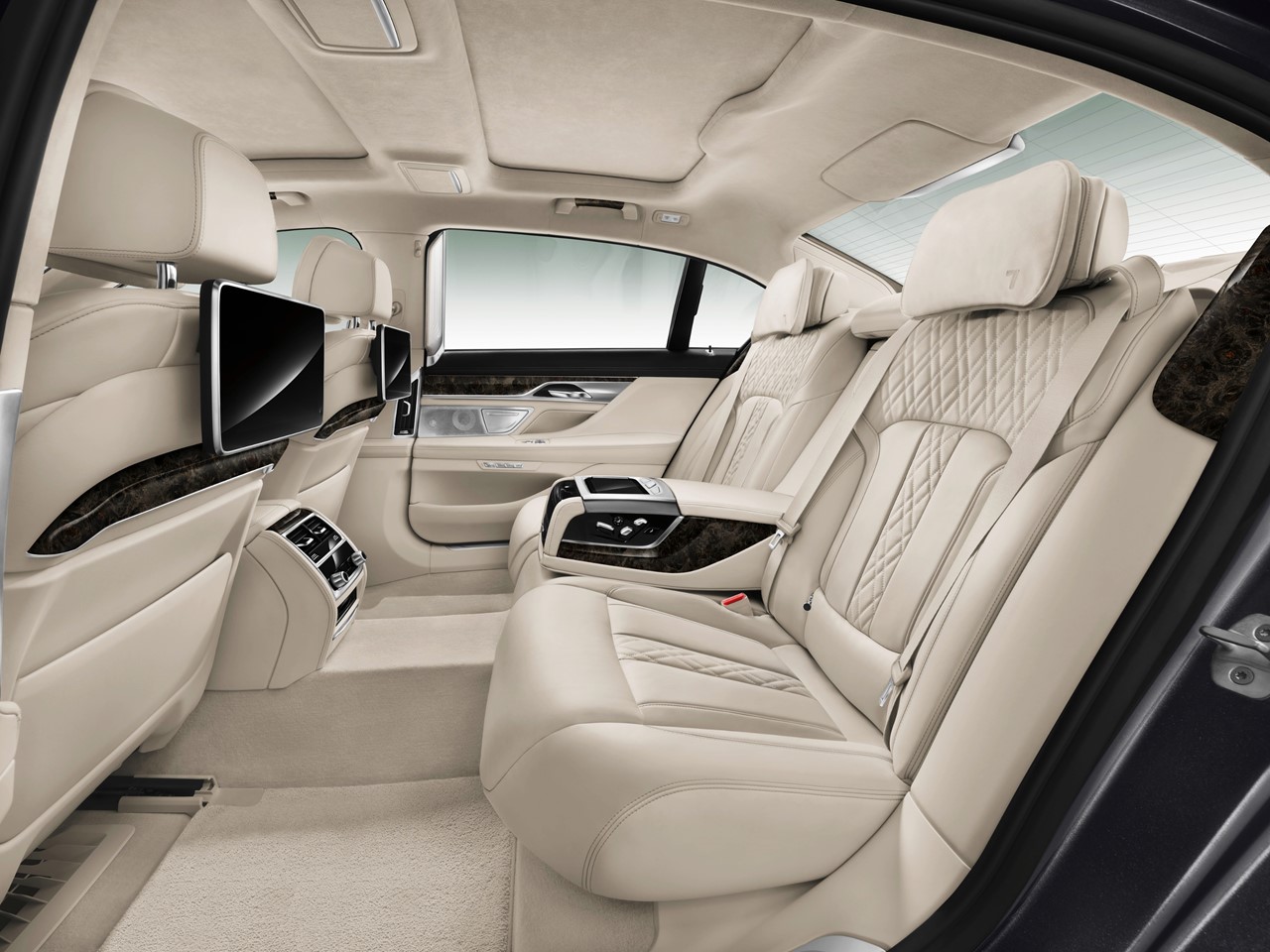 The 2016 BMW 7 Series is one of the world’s most spacious and splendidly appointed saloons. Its interior doesn’t scream wealth, it just quietly rewards insight. It is engineered to be not only luxurious to drive but also comfortable to sit in. The long wheelbase adds room to the rear passenger compartment. Rear seat passengers may repose in maximum comfort and convenience with the optional Luxury Rear Seat package. It includes rear ventilated comfort seats, heated front and rear armrests, and a 7” Touch Command Tablet for control. The comfort seats has a massage function with a choice of eight programs, each with three different levels of intensity designed to relax and stimulate targeted regions of the body.

The optional Rear Executive Lounge Seating package provides extra travel comfort in the rear seat behind the front passenger seat. The backrest can be reclined to an angle up to 42.5 degrees allowing the seat to be moved into a relaxing position. An electrically operated fold-out foot rest can be found on the back of the front passenger seat. A sweeping center console features a fold-out table, two cup holders, storage compartment, and the new 7” Touch Command Tablet. 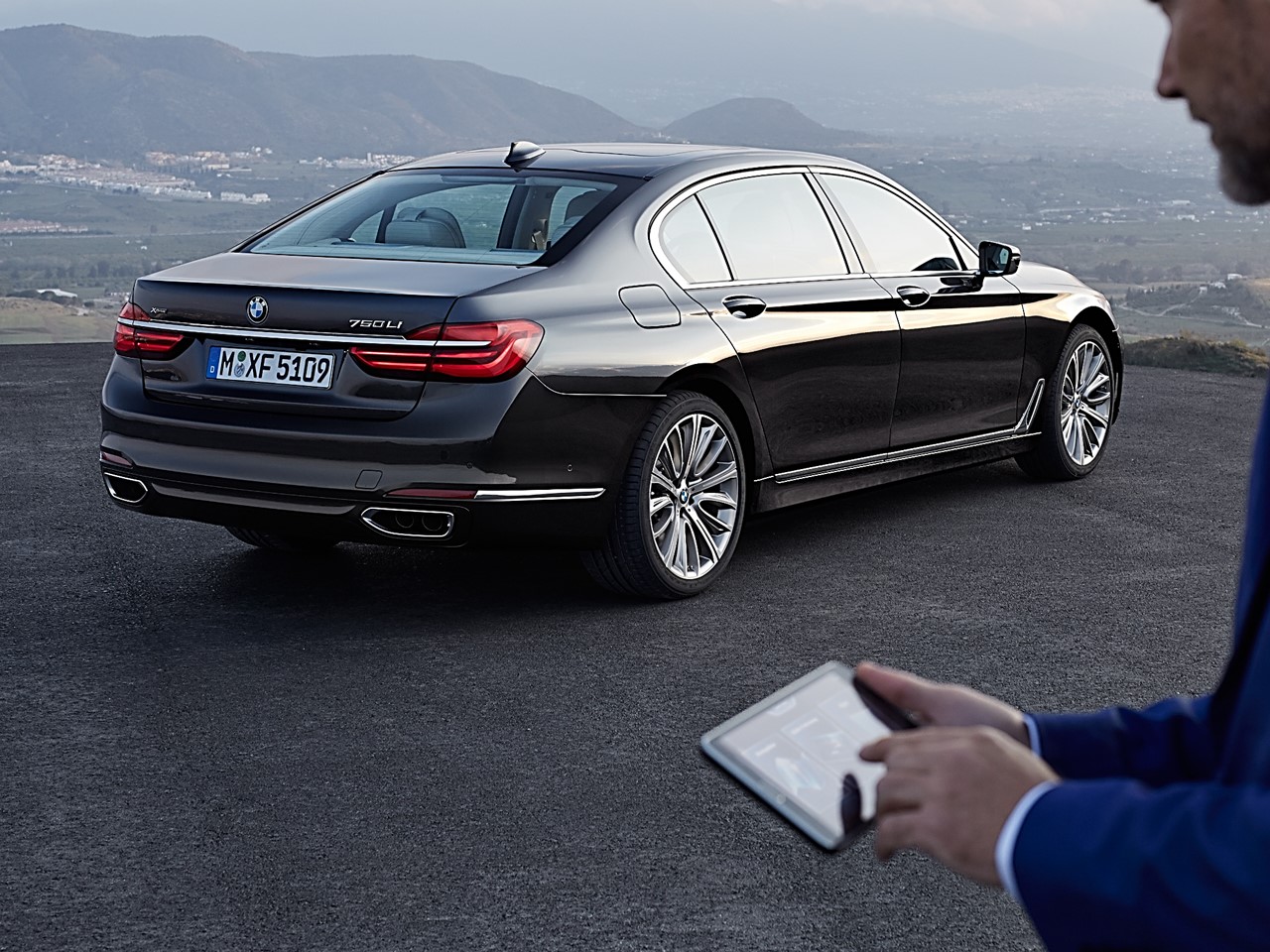 This unique removable Touch Command Tablet allows the passengers to control comfort functions such as seat adjustment, interior lighting, and air conditioning. It also manages the infotainment, navigation, and communication systems. The Touch Command Tablet can play external audio and video files, surf the internet, or be used as a game console. A Wi-Fi hotspot is built into the vehicle for necessary on-line connectivity. A BMW 7 Series offers the highest level of perfection in automotive driving pleasure. It remains pre-eminent in the ultra-luxury automobile class. It is the ultimate driving experience from the ultimate driving machine. 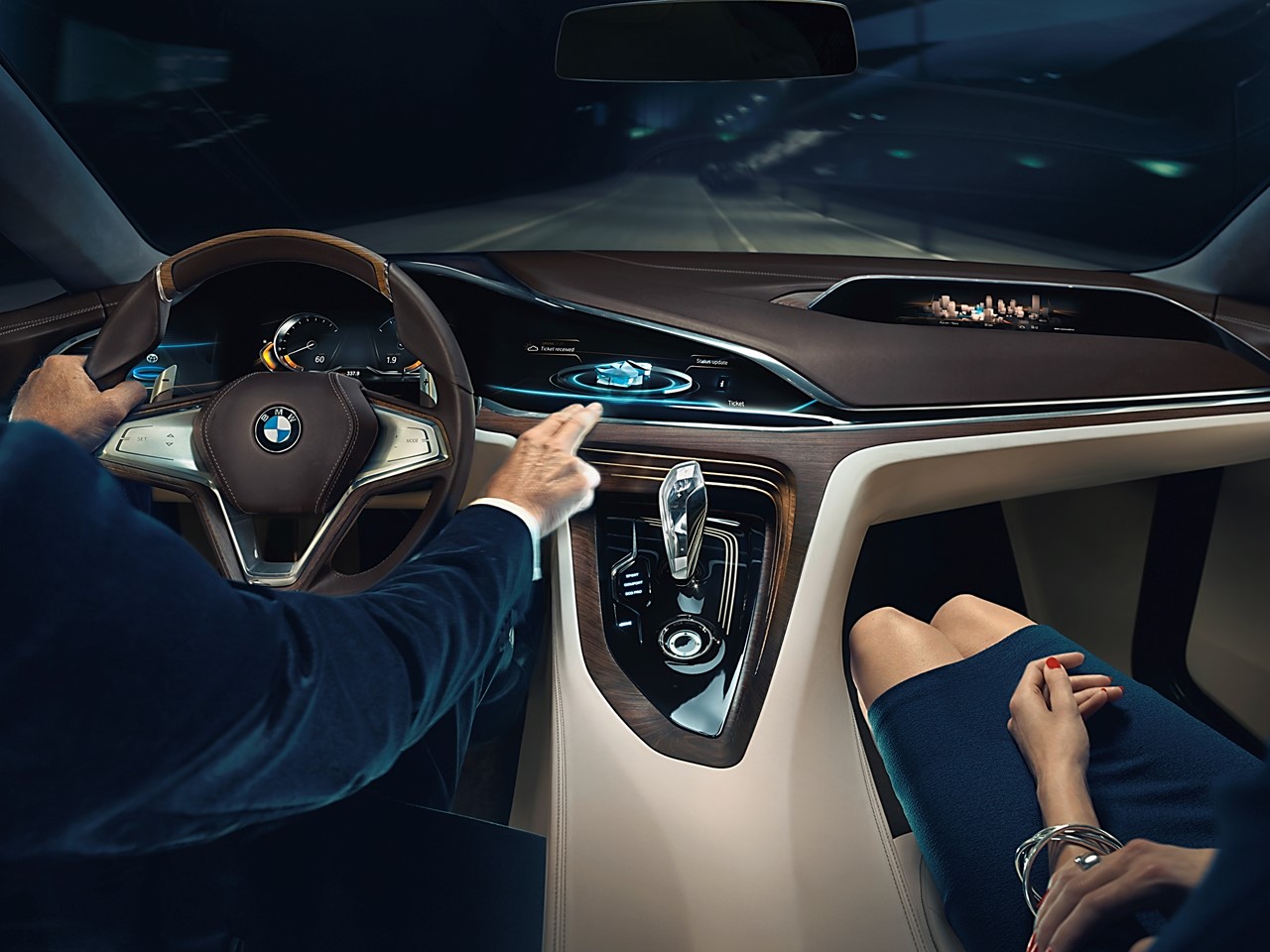 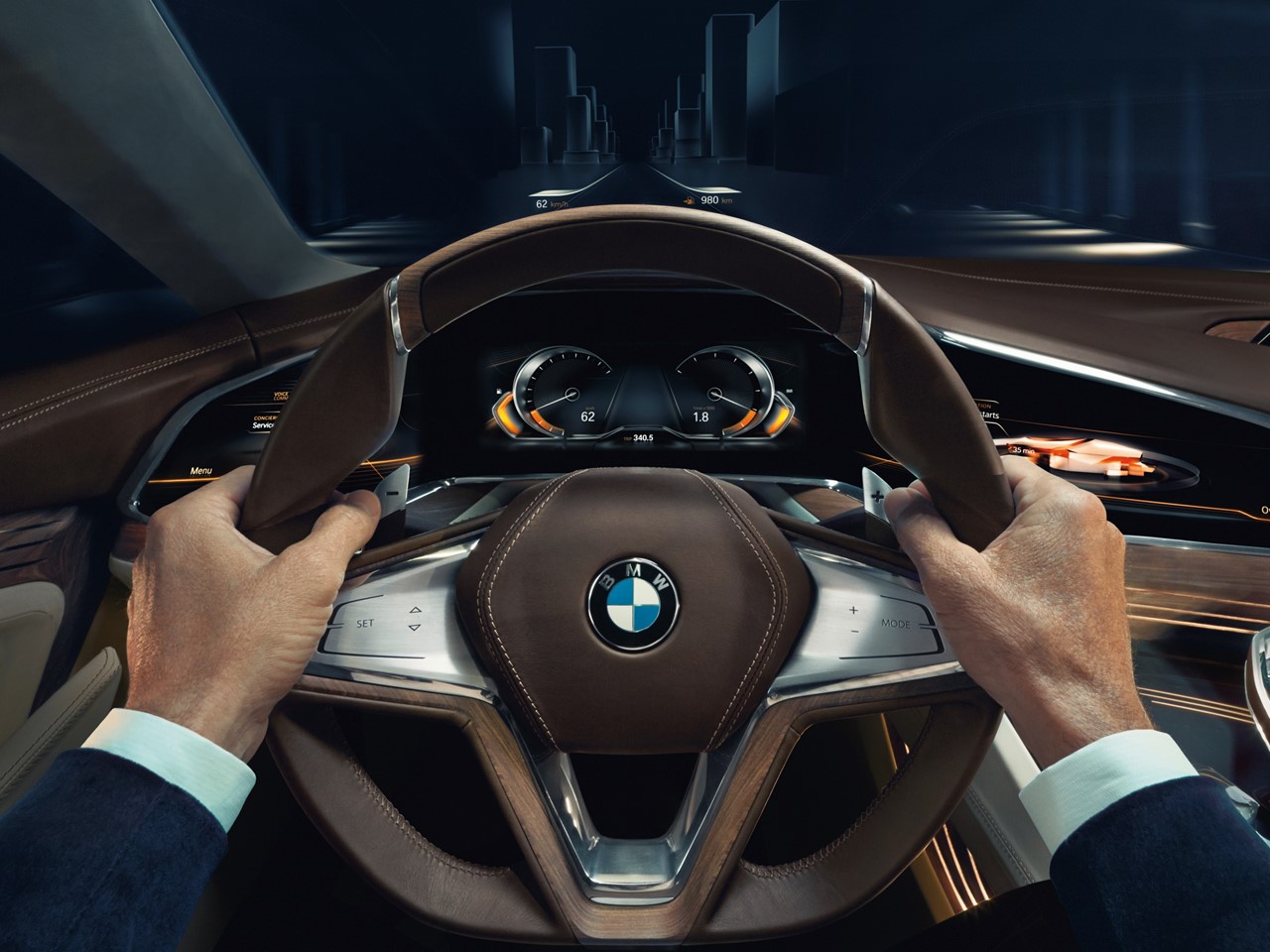 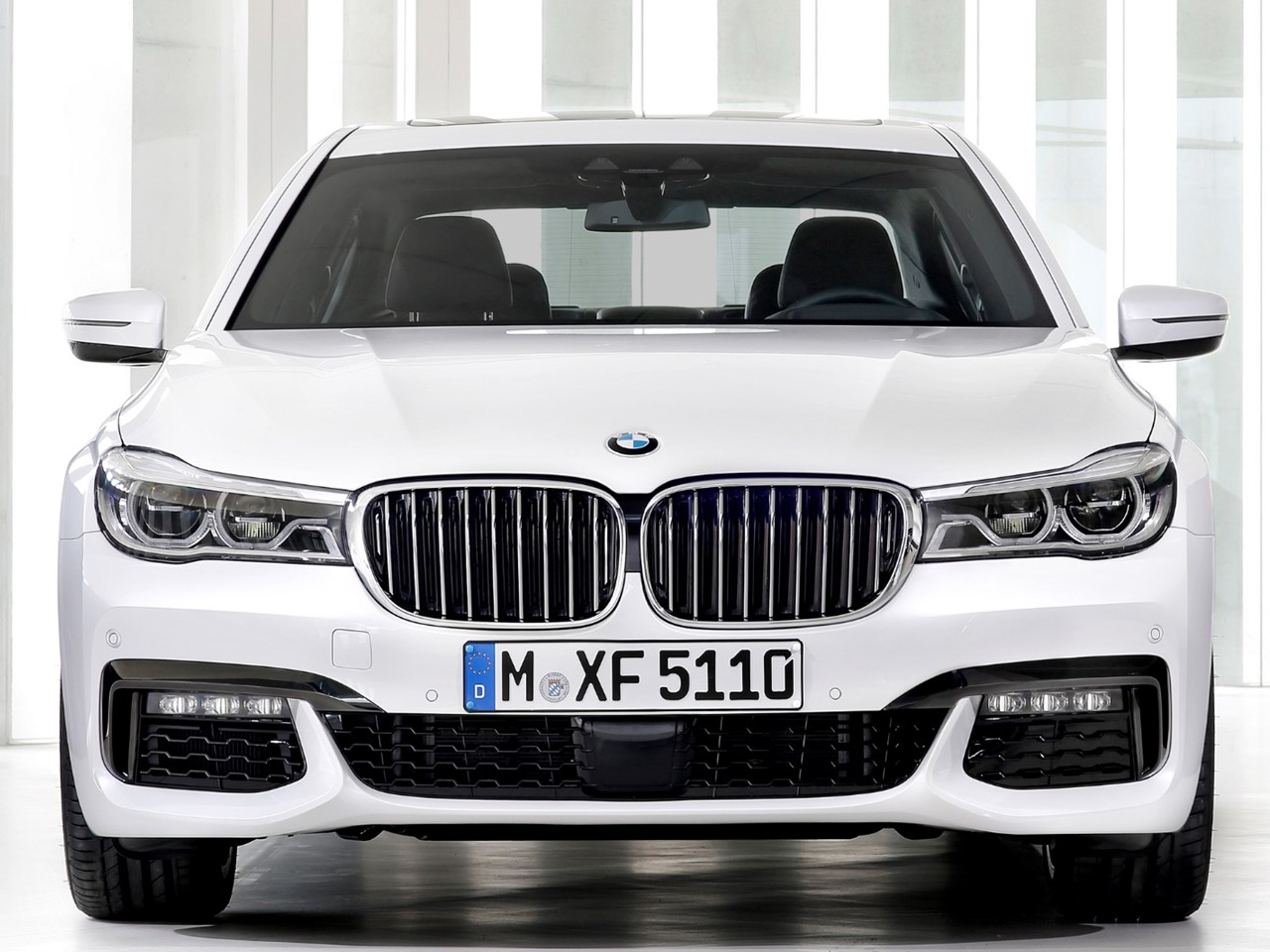 The 2016 BMW 7 Series can serve with equal distinction as an alternative to the traditional corporate limousine…it can also be driven as a high-performance touring saloon…or, it can assume varying roles that are demanded as a family sedan. The 7 Series rides upon a long 126.4” wheelbase, has the generous width of 74.9”, and boasts the luxury length of 206.6” which makes it extremely glamorous. It has one of the longest and most capacious layouts of any current production saloon.

The all-new construction is augmented by a Carbon Core passenger cell. The extensive use of Carbon Fibre Reinforced Plastic (CFRP) technology throughout the vehicle increases the torsional rigidity and strength of the 7 Series while it greatly reduces weight. BMW uses some of the most innovative solutions in the industry. Its hybrid construction is a first to the auto industry. The 7 Series exhibits an exemplary life cycle. It utilizes resource-efficient materials and new energy-efficient processes while in theatre; and its recycling has been included in the original design concept. The 2016 7 Series is the first mass-produced vehicle to use the CFRP technology in combination with aluminium and steel. 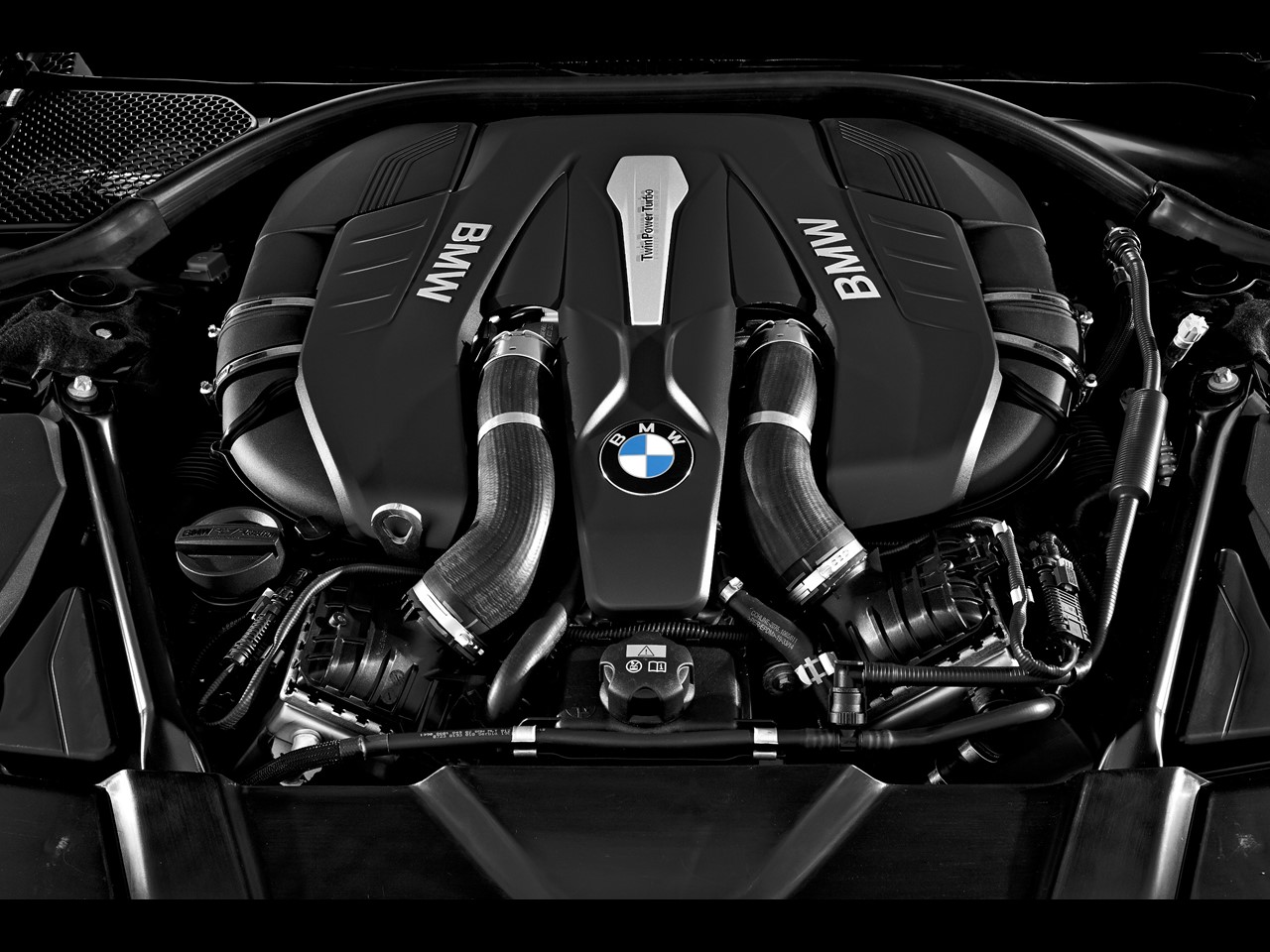 The maximum performance and comfort offered in sedan form by BMW are offered in the all-new 7 Series. It moves swiftly, effortlessly, with a mastery that confirms its niche as the ultimate statement of BMW engineering prowess. Its power is derived from a new 4.4 litre V8 engine with TwinPower Turbo technology. Cranking 445 hp with a top speed in the 130 mph range, the 7 Series becomes the unexpected sports car. If you should require less power but an equally rewarding driving experience, there’s a 3.0 litre In-line 6 cylinder engine.

In my opinion…there are only two ways to enjoy a 7 Series Bimmer: as a V8 or as a vicious V12. Since the V12 hasn’t been released yet…we shall suffer the sweet agony and enjoy the V8 until…and combine these attributes with xDrive – BMW’s intelligent all-wheel drive system – and your limousine becomes a luxury touring saloon. The inimitable 7 Series, by almost any measure is the most ambitious four-door saloon ever built by Bavarian Motor Works. And most important, it is a car that continually rewards its owner with a sense of presence and prideful satisfaction wherever it is driven – solid, substantial, and superbly engineered – it is the epitome of BMW eloquence… 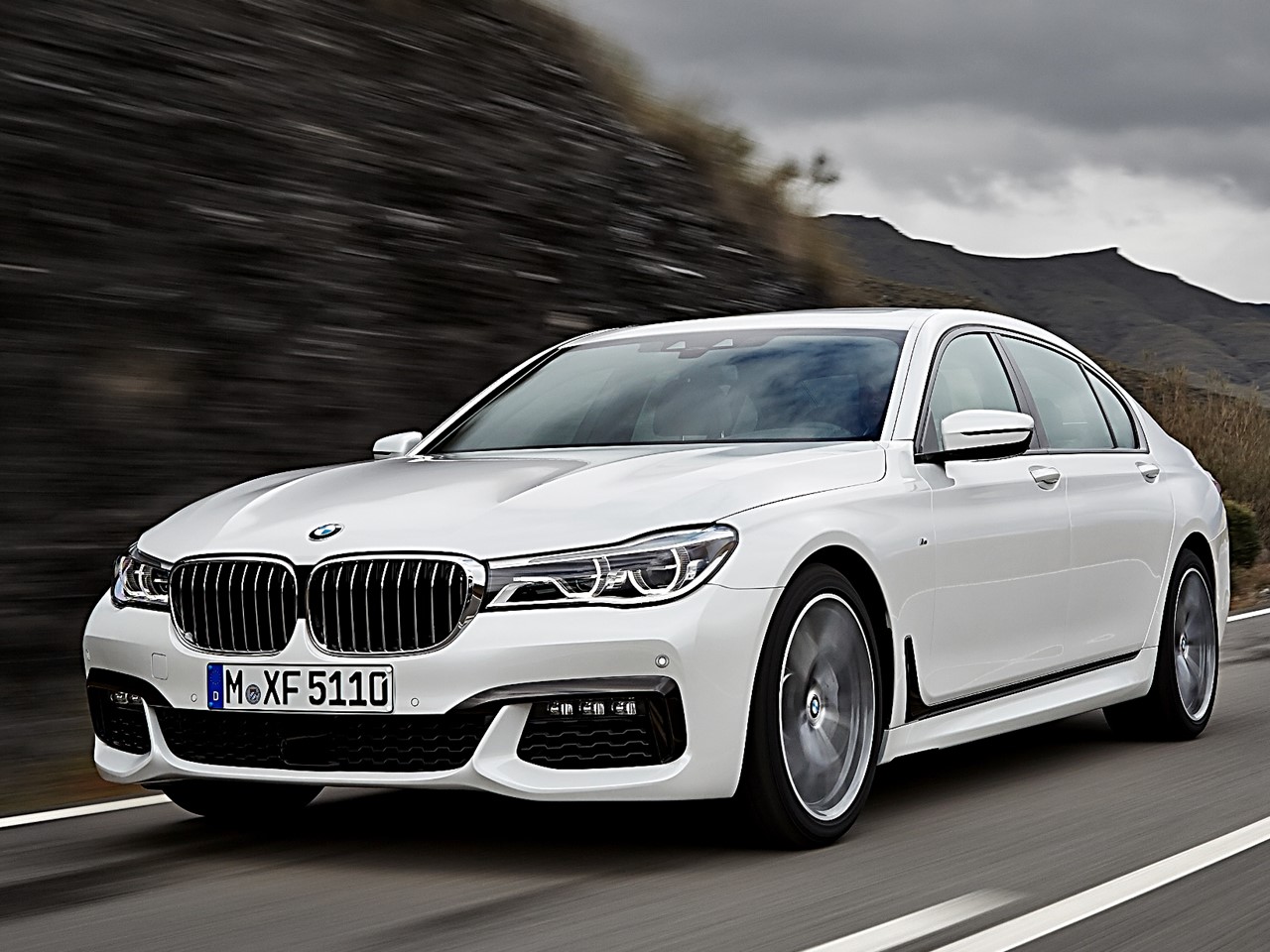 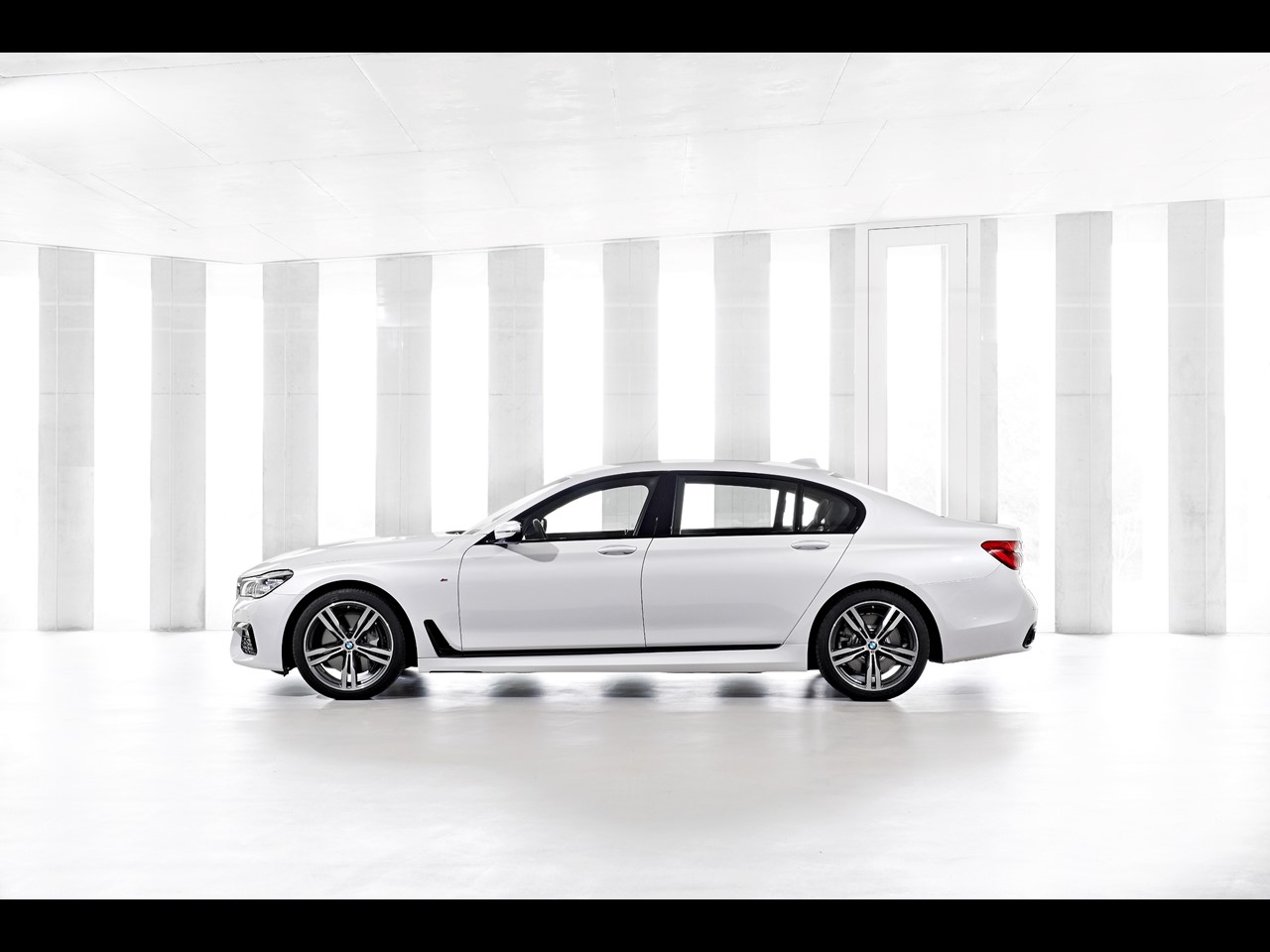 BMW leads the world with large scale production of CFRP technology. The unique body structure or Carbon Core passenger cell is based upon technology used in the BMW “i” model development. The Dingolfing plant – where each generation of the illustrious 7 Series has been built – has been developed and adapted for the production of the all-new 7 Series and future models using the patented processes. Carbon fibre is used for the roof bows to reinforce the roof frame, the “B and C” pillars, the sills, center console tunnel and rear shelf.

It is the first use of two enhanced, innovative, and highly efficient processes “wet pressing” and “hybrid pressing.” Both processes enable highly economical large-scale production of up to several thousand carbon fibre components per day with compact systems engineering and short cycle times.

The wet pressing process uses carbon fibre fabric impregnated with resin pressed in a three-dimensional molding die while wet and then allowed to harden. The dry pre-shaping used previously in the Resin Transfer Molding (RTM) process is redundant and has been retired. Hybrid pressing involves carbon fibre fabrics impregnated with resin, also wet, is placed in a molding die with sheet steel, then pressed and hardened. This bonds the carbon fibre to steel to form the hybrid component. These 21st century hybrid components are lightweight but offer maximum rigidity and outstanding crash performance. 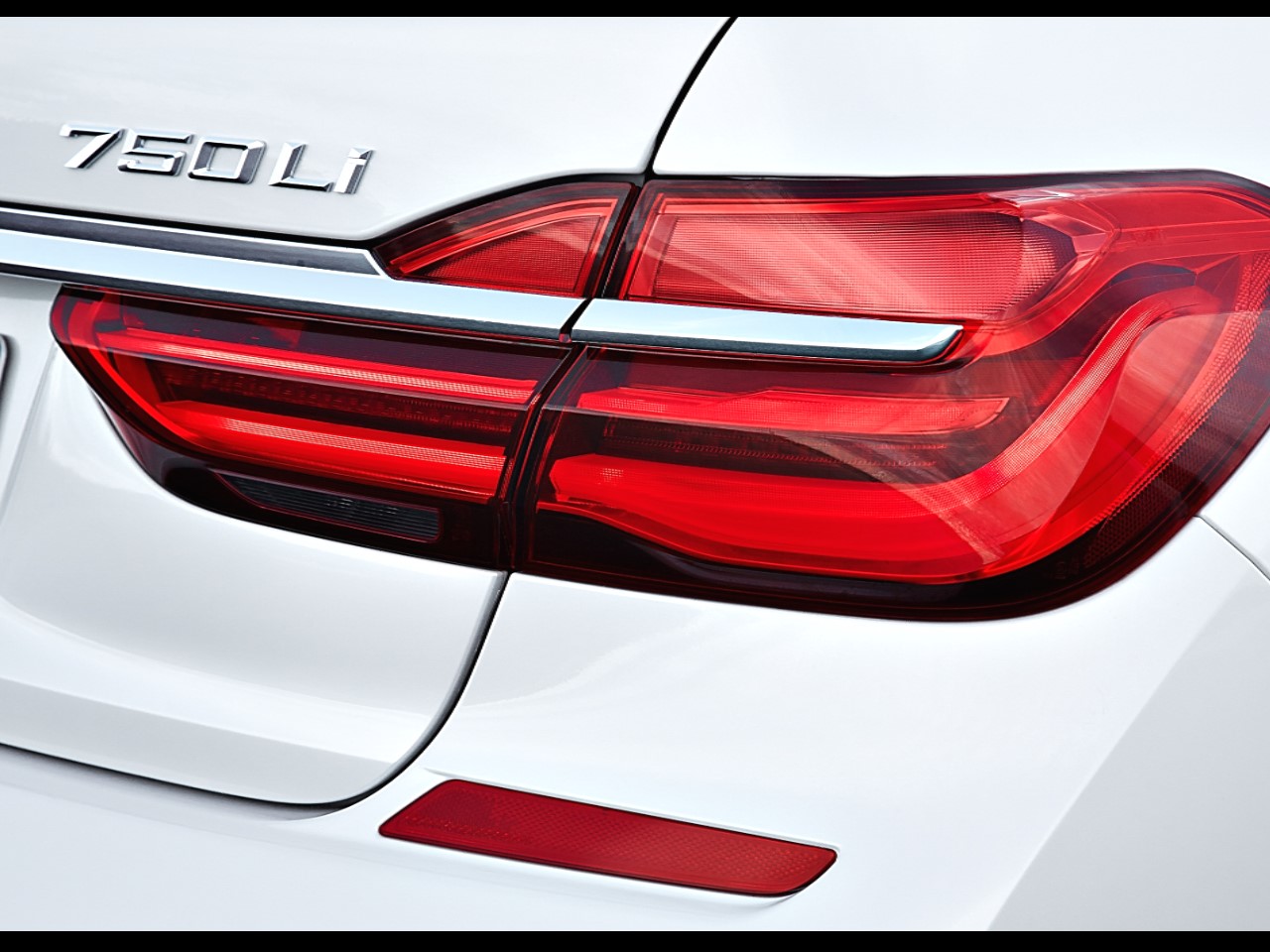 A BMW 7 Series can be as “Individual” as its owner’s request. A personal commissioning service unique to the brand – the BMW Individual Manufaktur – can help you to express yourself in your new 7 Series. No two people are alike, neither should their motorcars…this is the major reason the elite service came about. Infinity has no boundaries…limitation exist only in one’s mind…if it’s tasteful, it can become a new 7 Series – “your” new 7 Series…

A BMW 7 Series is engineered and built to be rugged, enduring, and reliable…yet it does not ride like a truck nor does it stint on luxury. It’s a high –performance limousine that is meant to be docile and easy to drive until summoned to unleash the beast. The Flagship 7 Series has always been a high-tech showcase for BMW cutting edge technology. It is luxury motoring on the grand BMW scale. The 2016 7 Series is the 21st century interpretation of this timeless luxury saloon. 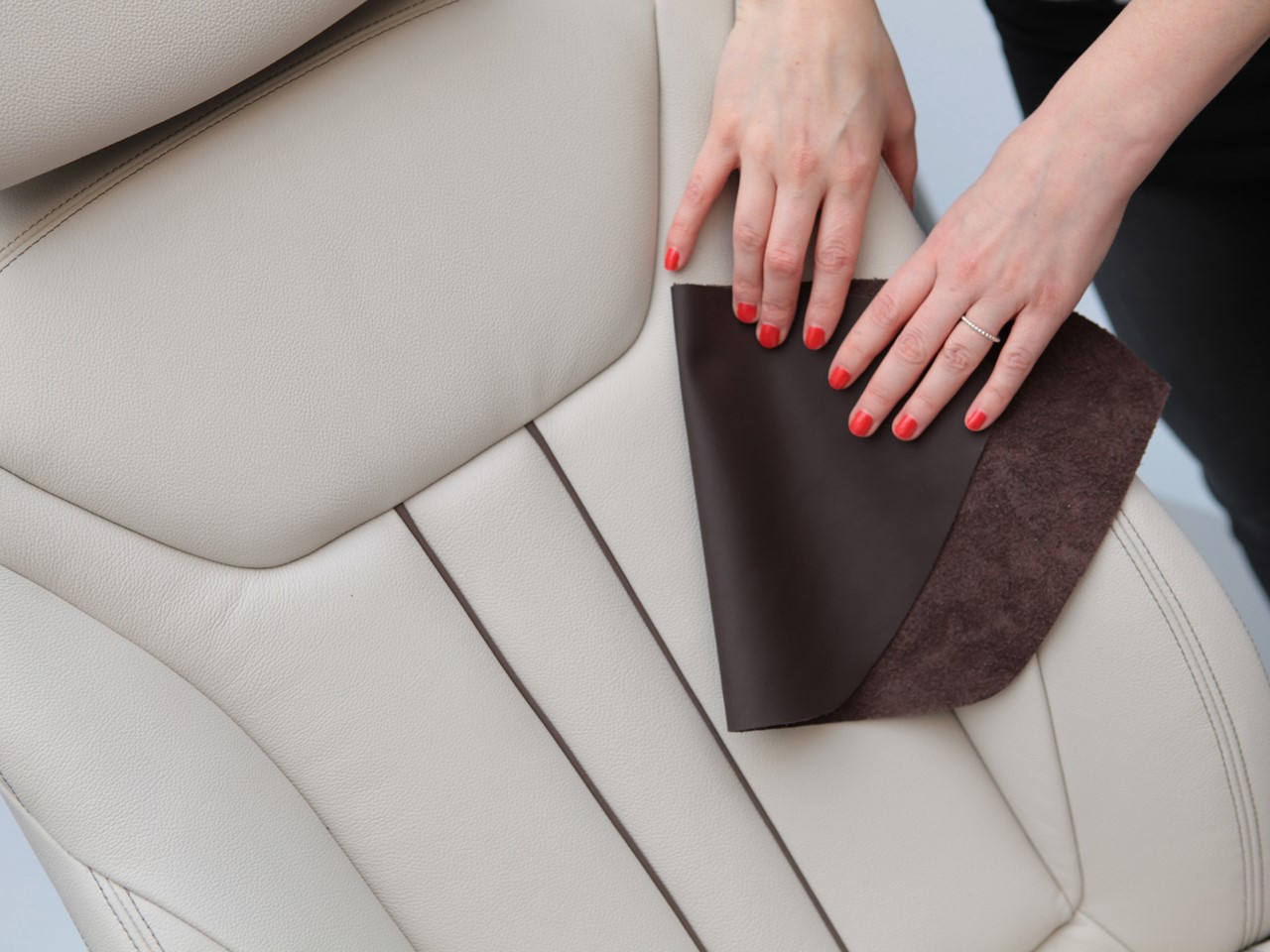 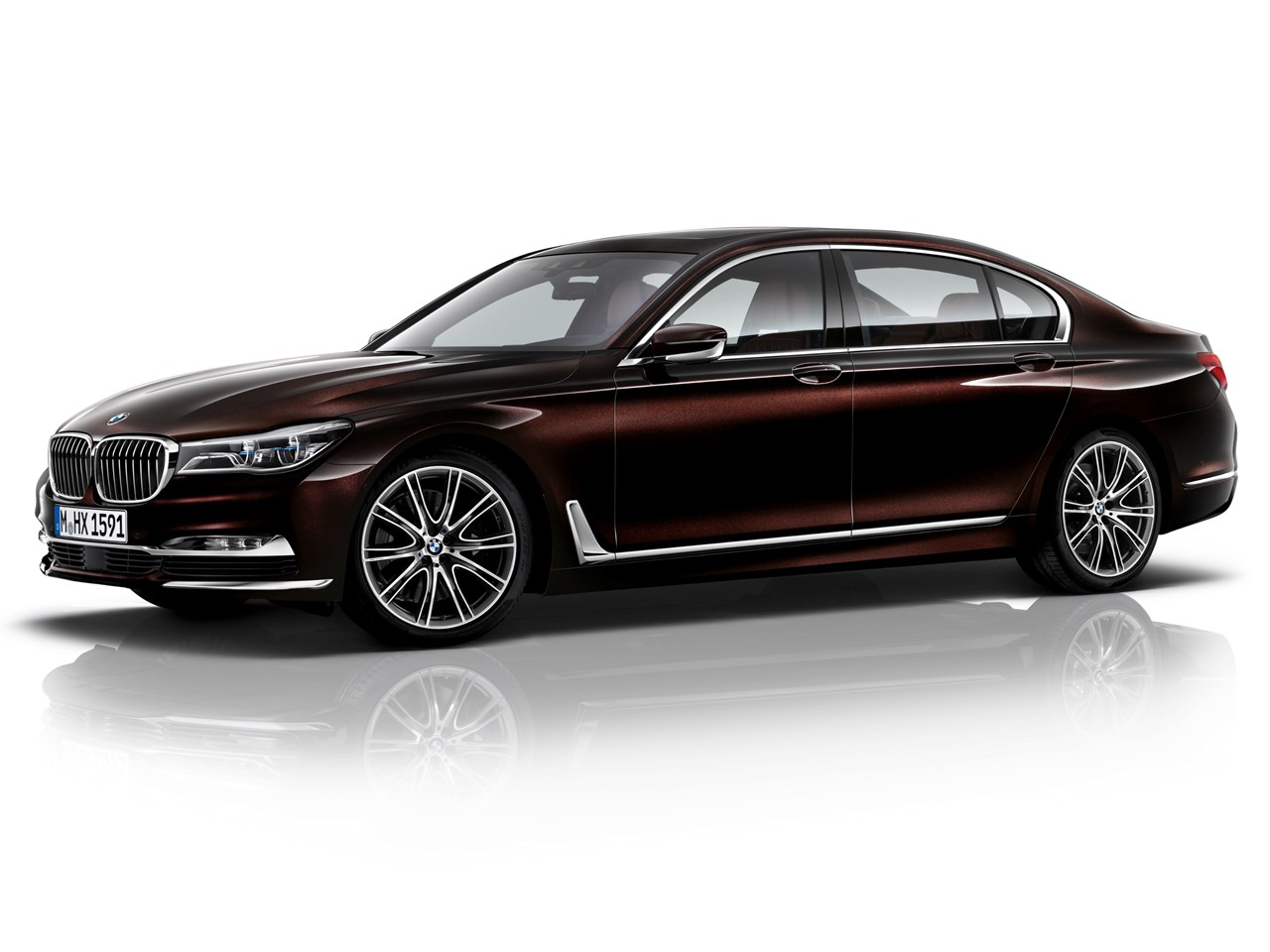 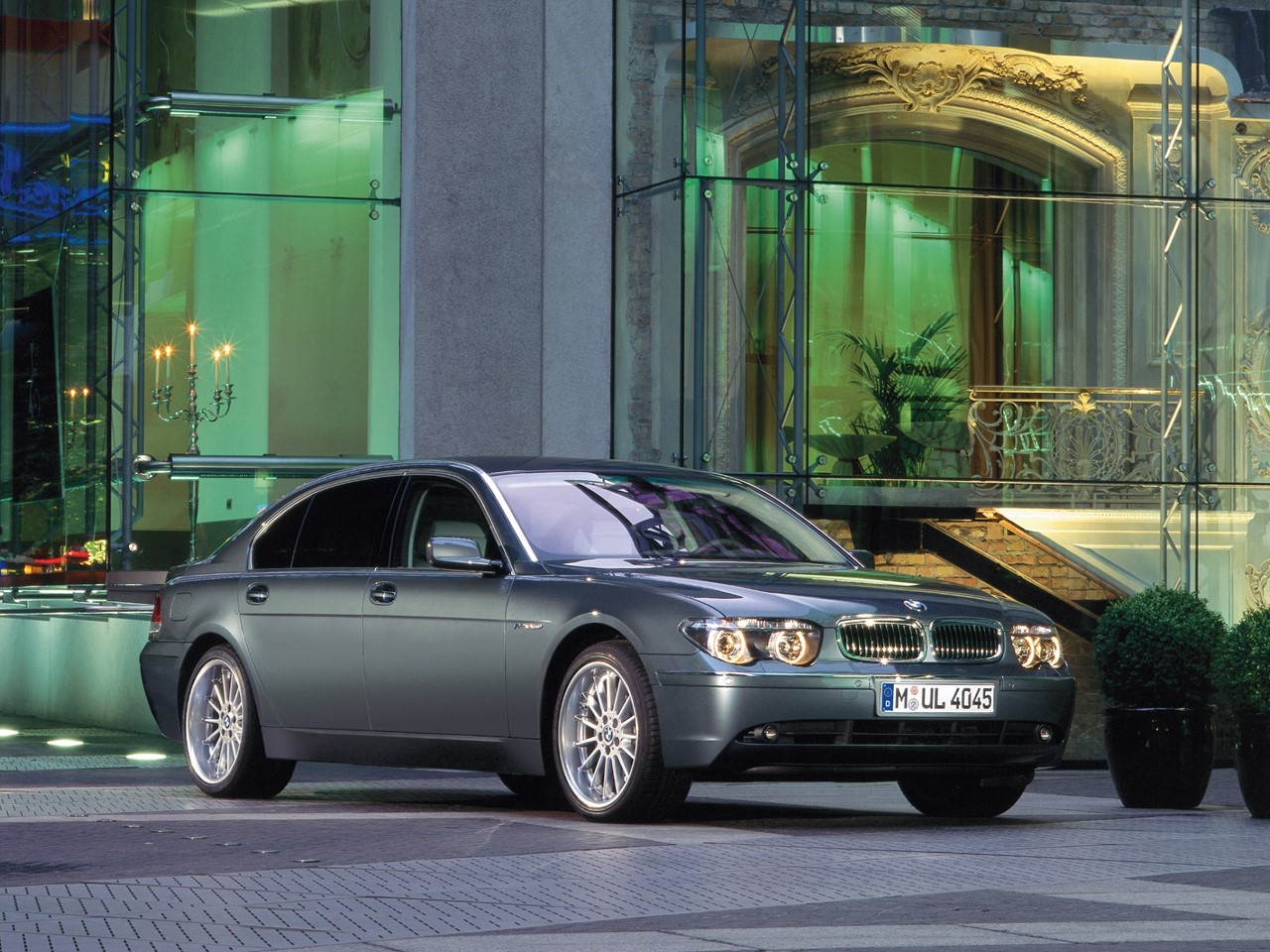 It is intelligent and intuitive…the all-new 7 Series has introduced technology that has the rest of the industry scrambling to “snap-to” in order to keep up in the race. From the lightweight hybrid construction to the impressive roster of features and accessories – the 2016 BMW 7 Series is a formidable new expression of high-performance married to ultra-luxury virtues. Nobility is a quality not easily attained in the automobile industry. It is earned through dedication and by consistently exceeding existing standards of innovative solutions and engineering prowess. This is presented in a manner of which BMW is purveyor – the 2016 BMW 7 Series is another success as the ultimate driving machine… 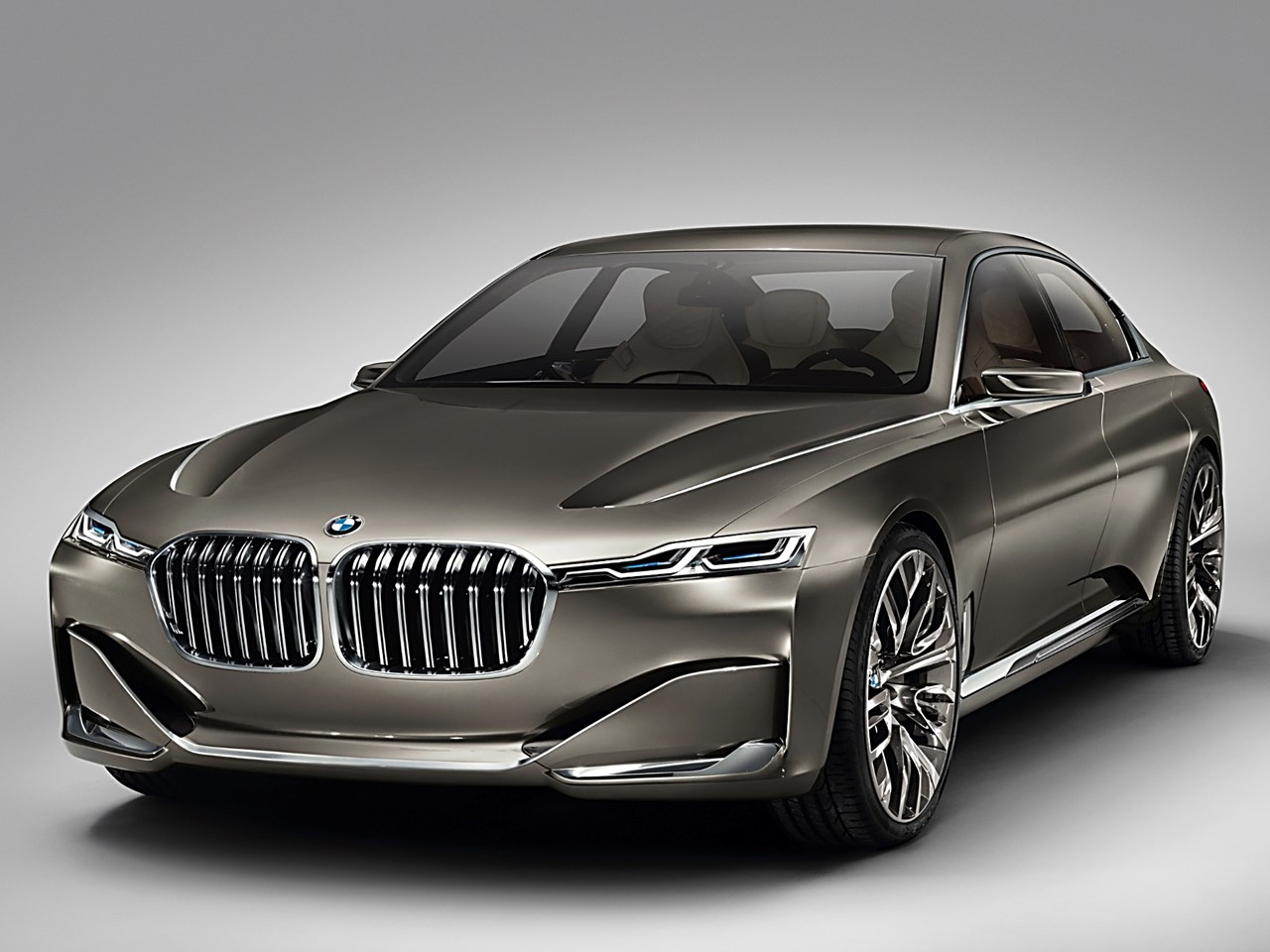 The BMW 7 Series is NotoriousLuxury…