Introducing the next generation of the BMW 7 Series

It just keeps getting better and better. The ultimate driving machine is at it again. So what’s BMW up to now? It’s the 7 Series making a grand re-entrance. This new breed luxury sport limousine is a culmination of technology, the most comprehensive suite of advanced performance in the history of the brand, and a vision of what is to come. The elegantly styled and boldly distinctive 2016 750Li xDrive elicits a highly emotive connection between driver and machine. BMW engineers designed it to optimize aerodynamics, shape, weight, and overall mass.

They experimented…studied…tested, and refined it to be the most efficient BMW 7 Series for the 21st century. The 2016 750Li xDrive is a large and powerful luxury saloon with staggering range and versatility. Having Flagship status, it has everything in the repertoire of BMW…that makes a BMW…a BMW. The all-new 7 Series is even more exclusive than the model it replaces – introducing the next generation of the BMW of BMW’s – it will change how one thinks about a luxury performance automobile… 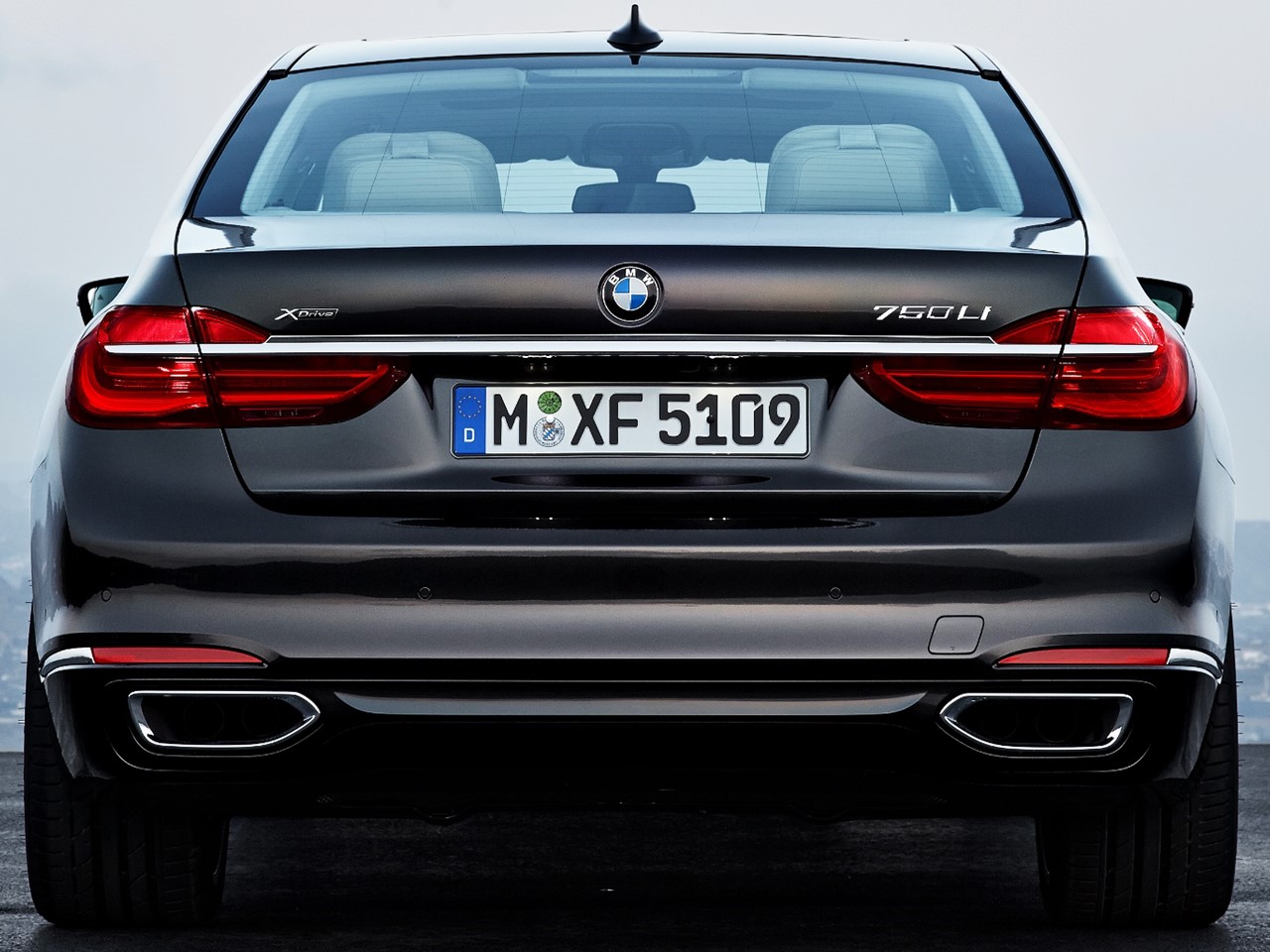 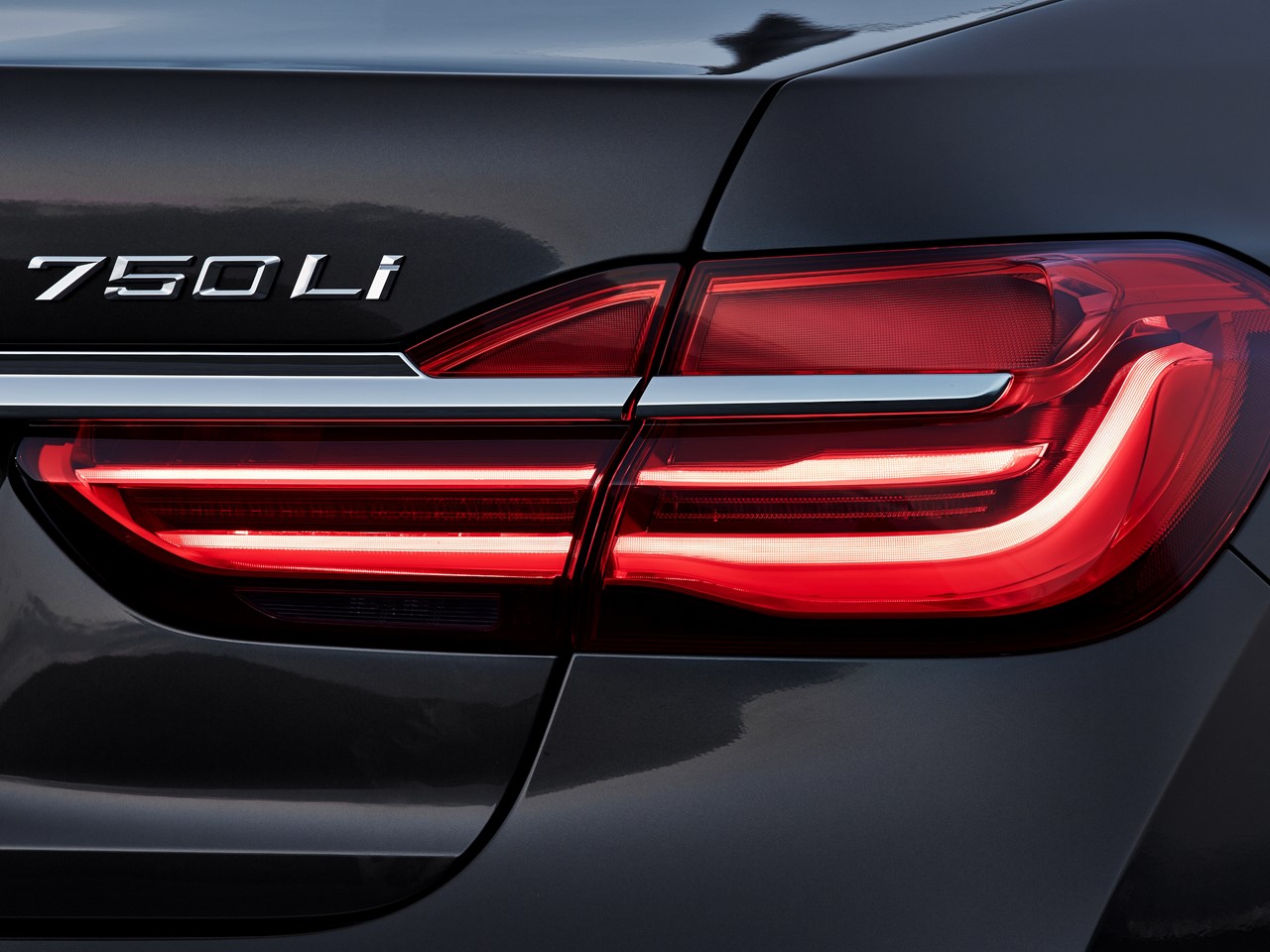 The BMW Future Luxury Concept made its world debut at the 2014 Beijing Motor Show. It is the perfect marriage of luxury and logic. The BMW Future Luxury Concept gave us a glimpse into the future of Bayerische Motoren Werke, AG…the world’s largest manufacturer of luxury vehicles. This forward-looking fusion of exclusivity and innovation has become the prelude for the next generation of the 7 Series luxury saloon –

A BMW 7 Series accommodates its passengers with perfection. Down to the tiniest detail, this luxury sport saloon exudes uncompromising refinement. The company Flagship saloon is available for the launch in the US as Series 740i which starts at $81,300 and Series 750Li around $97,400. It is offered exclusively as a long wheelbase version for the US and is an inch longer in overall length than the previous model providing an extra spacious rear passenger compartment.

It is the roomiest saloon BMW has ever offered. The 2016 edition is completely in character with a BMW 7 Series. Abundant power, ample interior room, and myriad creature comforts have always marked the 7 Series as the senior rank. It isn’t pompous, arrogant, and overbearing as one would associate an ultra-luxury saloon…it remains primarily a driver’s car with the deepest and most rewarding pleasure found behind the steering wheel –

The BMW 750Li xDrive is a refined luxury car that will garner attention and respect wherever it is driven. This Flagship has duplicity. It is a luxurious limousine that can be driven as a high-spirited performance car…or a high-spirited performance car that can be driven as a luxurious limousine. The 750Li xDrive blends opulence with sheer exhilaration…brilliantly.

The all-new BMW 7 Series is considerate of the environment. Its resource-efficient materials has an exemplary life cycle. It uses energy-efficient processes while in theatre and even includes future recycling in its total design concept. This type of innovation is what one would expect from the ultimate driving machine…the engineers have always been visionaries.

The new BMW 7 Series is an advanced exercise in technology. It is built upon the latest architecture. A BMW is engineered like no other car in the world. The all-new lightweight design concept is based upon lessons learned from the BMW i-car development. Its rugged hybrid construction is an industry first. This aerodynamic sculpture uses a combination of Carbon Fibre Reinforced Plastic (CFRP) technology, ultra-high tensile steel, and aluminium in its build. This sophisticated composite design is augmented by Carbon Core passenger cell technology. Portions of the bodyshell and chassis use an aluminium and steel combination; while the doors and boot lid are made from aluminium.

The unique modular construction reduces weight by up to 190 pounds while reducing unsprung weight by 15%. The 2016 7 Series is the very first mass production vehicle to use this new combo of futuristic materials and processes. The weight loss doesn’t compromise its rigidity and safety but exemplifies it even more so. It stands to reason, the lighter the vehicle…the quicker it can accelerate, respond to steering input, and come to a halt in a shorter distance – BMW uses innovation as leverage to escalate the world of motoring into a new realm of automotive design achievement.

The new BMW 7 Series has been redesigned to exceed one’s expectation in ways never imagined. The chassis includes an innovative array of technology. The front suspension has double wishbones, and the rear uses a five-link set-up. A unique four-wheel self-leveling system is powered by an electronic compressor with pressure reservoir so it keeps an attractive ride height even with the engine shut off. The level control may be manually adjusted allowing the vehicle’s ride height to be raised slightly to compensate for rough roads and uneven pavement. These electronic dampers greatly fine-tune ride and suspension performance to refine handling qualities.

And who would have thought the new BMW 7 Series would have an economy mode. With the Driving Dynamics Control switch activated and set to ECO PRO. The system takes full advantage of the 7 Series lightweight hybrid construction and de-couples the powertrain allowing this luxury limo to coast while driving speeds are between 31 through 100 mph. It uses Brake Energy Regeneration and Auto Start/Stop functions for a new realm in 7 Series technology. This mode’s range of functions are individually programmable. The system is sophisticated enough to offer efficiency tips with the Route-ahead Assistant which advise efficient driving styles based upon navigation data-based shift strategy matching gear selection to the driving situation.

The active chassis control while in Sport mode automatically lowers itself at highway speeds to boost aerodynamics. The Adaptive mode adjusts itself contingent upon driving style and changing route profile. The logic reacts to movement of the accelerator and steering wheel when gear selector is in either “D or S” positions. The power train and chassis system are configured for Sport or Comfort performance depending upon the driving situation. 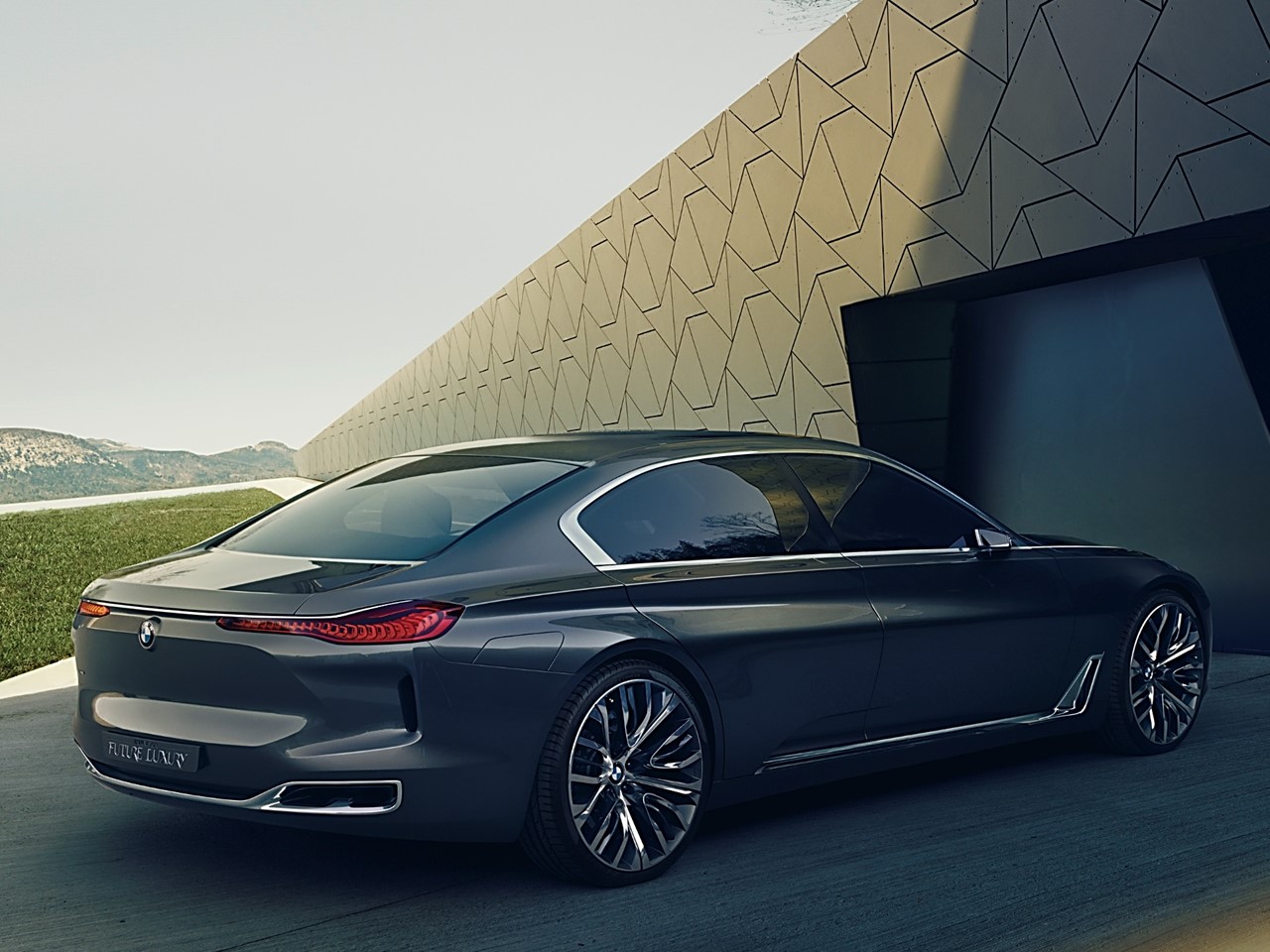 BMW’s Dynamic Performance Control torque vectoring system, Dynamic Stability Control, and xDrive work together in a network. The Driving Dynamics Control enables the driver to enhance their vehicle’s character to accommodate their driving style. The Comfort setting includes Comfort+ mode stored. Drivers may further refine their vehicle for the Sport and ECO PRO modes thru the iDrive operating system. The 21st century thinking suspension is due in no small part to the BMW philosophy of increased performance using less energy.

A new option debuting in the all-new 7 Series is the Active Comfort Drive with Road Preview. It enhances the Driving Dynamics Control working with both front and rear suspension. It’s an active chassis control system that electro-mechanically manages stability. The system works in unison with the electronic dampers for increased driving comfort. The system intuitively anticipates road conditions from data analysis using the navigation system to help respond to the road.

The Integral Active Steering option has been redesigned and can be offered with the xDrive intelligent all-wheel drive system. It adjusts the rear wheels in either same or opposing direction while steering. The variable steering rack ratio changes according to road requirements especially while changing lanes and cornering. 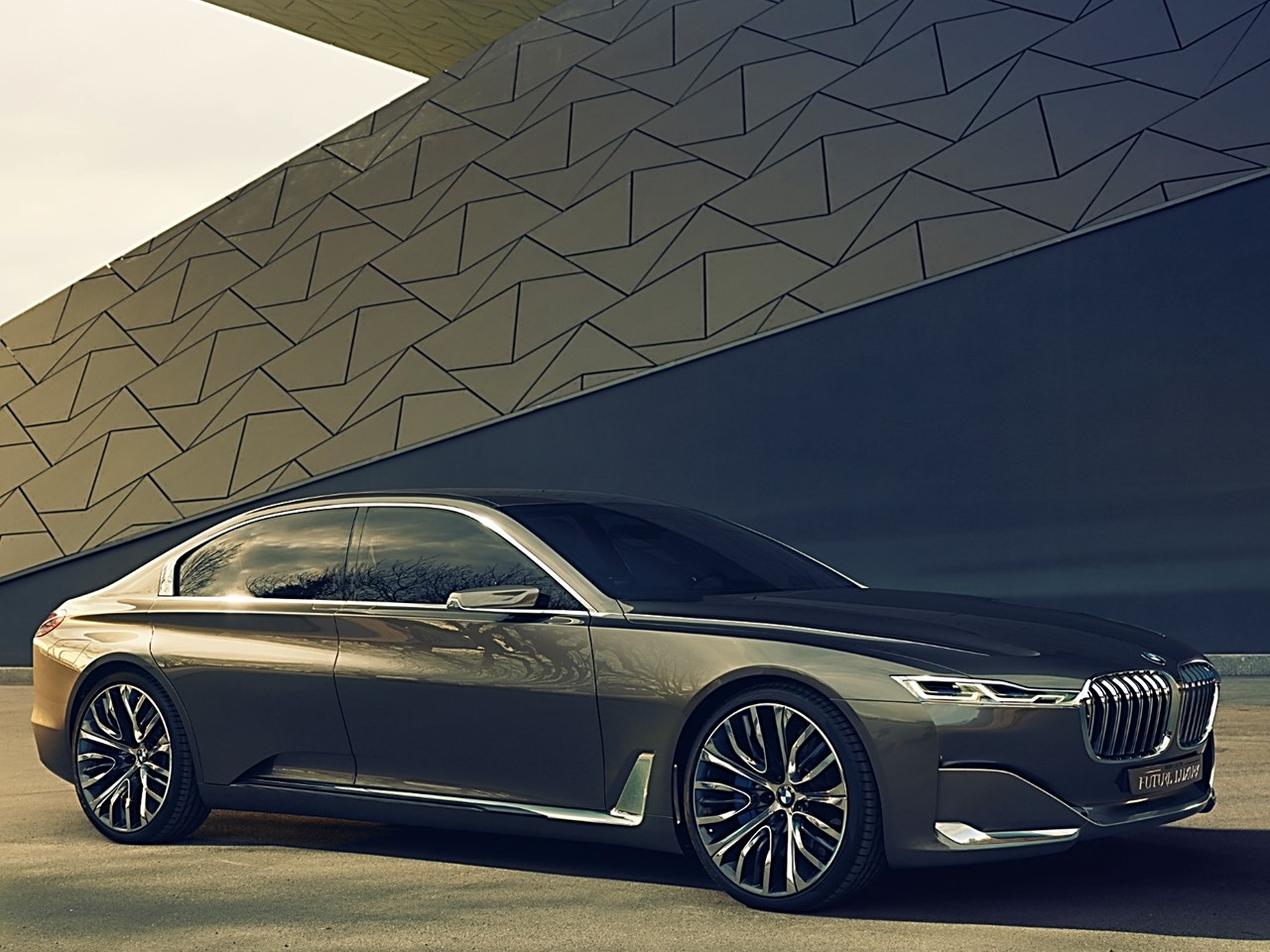 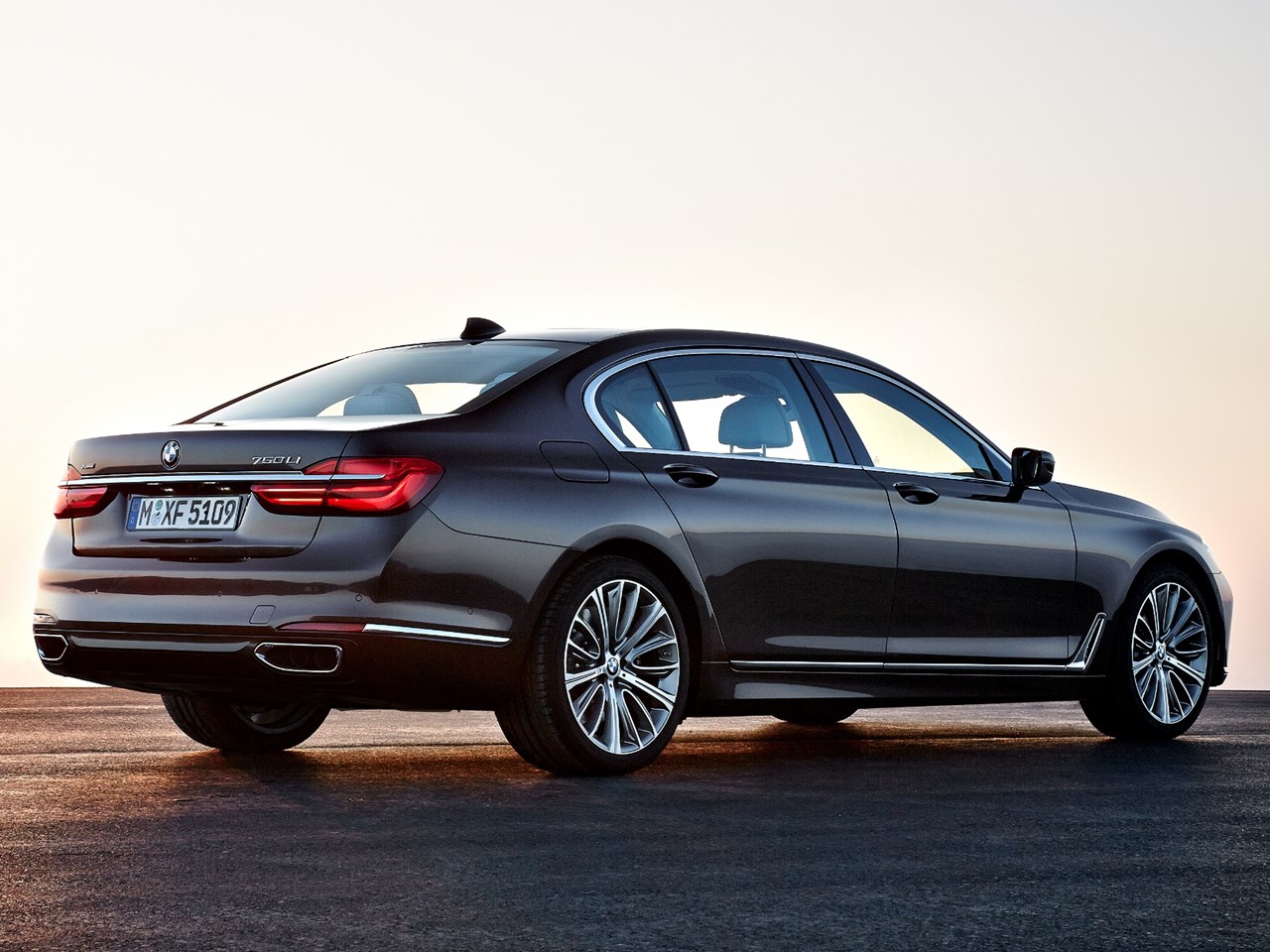 This luxury performance saloon flexes its muscles with highly refined manners. Two engine configurations are available for the model’s launch. A new 4.4 litre TwinPower Turbo powers Series 750Li, while a 3.0 litre Inline 6-cylinder also with TwinPower Turbo technology is the power source for Series 740i. With a powerful engine and sophisticated suspension system, the 2016 7 Series is bred for the ultimate in performance.

Notorious performance is a BMW attribute. Its engine is built to endure. The formidable 750Li xDrive features a refined 4.4 litre V8. This all-new design incorporates the intake manifold partially into the cylinder head which decrease air-flow resistance maximizing air-flow volume. The modular design of the engine’s components reduces the size to conserve space and weight boosting overall operating efficiency.

Underneath the sleek aerodynamic hood of the 750Li xDrive is an extremely powerful and efficient V8. It cranks out 445 hp @ 5,000-6,000 rpm with 657 Nm of peak torque @ 1,800-4,500 rpm. It has a top speed in the 130 mph range. The engine is mated to an 8-speed 8HP75 Sport Automatic Steptronic automatic transmission that boosts overall efficiency and is linked to the navigation system. Navigation data-based shift strategy matches gear selection to driving situations. The transmission may be manually shifted via steering wheel mounted paddle shifts. The system includes Launch Control to maximize power and optimize traction from standing starts.

The engine is equipped with TwinScroll turbochargers featuring flow-separated, bank-specific exhaust manifolds made from thin-wall castings. The compression ratio is now 10.5:1. The latest Valvetronic and Double-Vanos technology refines its breathing abilities. Separate flows through cylinder heads and cylinder liners now has a map-controlled coolant pump to optimize heat dissipation.

The new V8 engine is equipped with the latest version of the intelligent all-wheel drive system. The oil supply is optimized by a new more efficient transfer case. The electronically controlled power split between front and rear wheels enhances traction, stability, and overall handling dynamics. The system is 40:60 biased and is networked into the ABS and Dynamic Stability Control systems respectively. Its intuition regains traction and improves directional stability without human intervention. 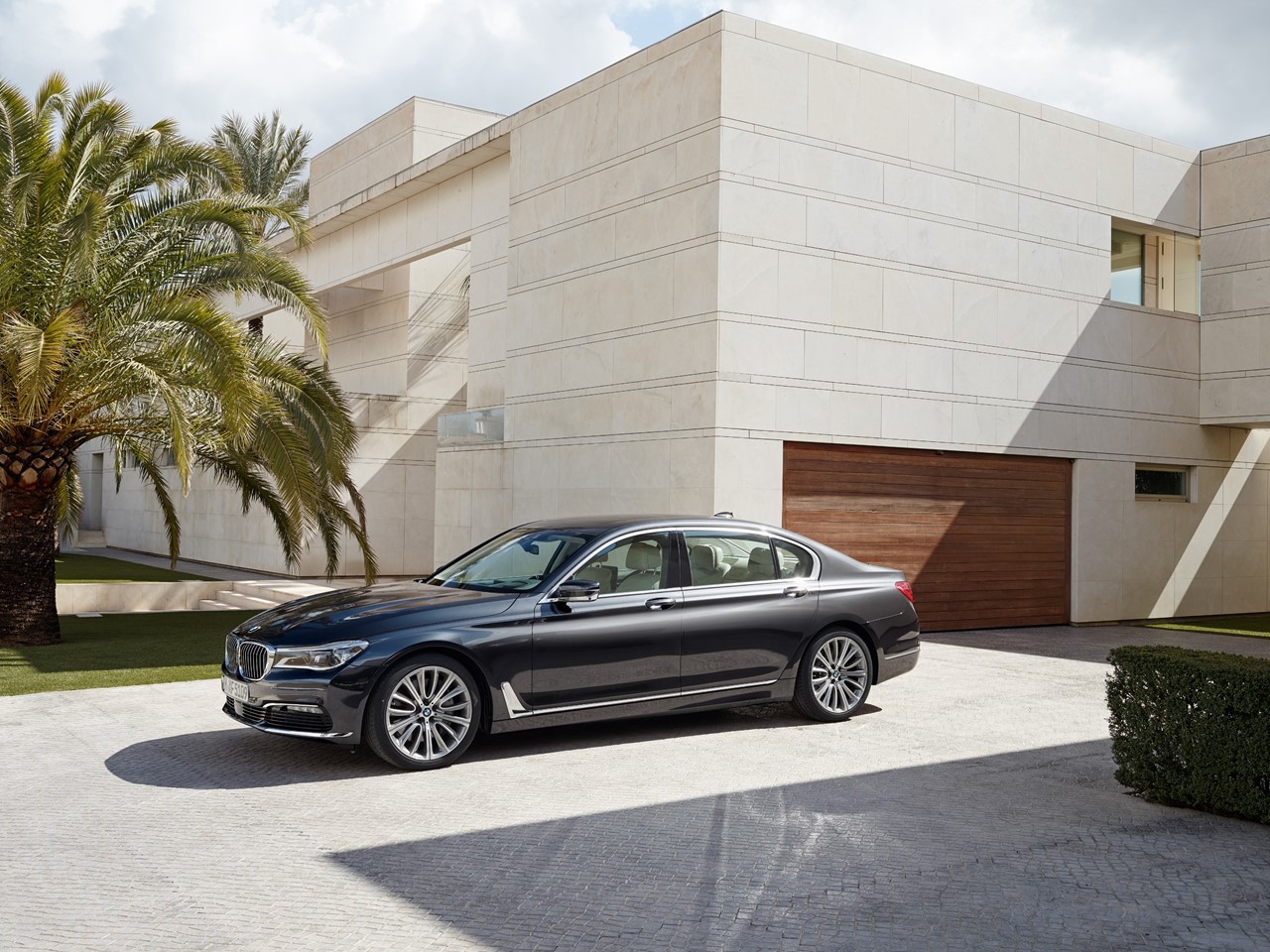 BMW works assiduously designing some of the most technologically advanced automobiles in the world. The performance capabilities of a BMW are legendary. The BMW 7 Series has always shunned traditional status-quo regarding automotive luxury. The 2016 750Li xDrive continues the proud heritage of the ultimate driving machine with an all-new interpretation. It is built to satisfy the expectations most demanding driving enthusiasts. The 7 Series successfully incorporates exceptional luxury, innovative technology, and total balanced performance to remain distinctive among the world’s luxury automobiles.

BMW has always been a visionary…they have alternative technologies for tomorrow without violating the BMW principles of today. The brand uses evolutionary solutions that are thoroughly developed for real world situations. These solutions embody not merely new ideas, but also years of painstaking research and testing. No BMW motorcar is developed from a blinding flash of inspiration. Relentless refinement…precision engineering…innovative technology, and sophisticated understatement all network to form the all-new BMW 7 Series – 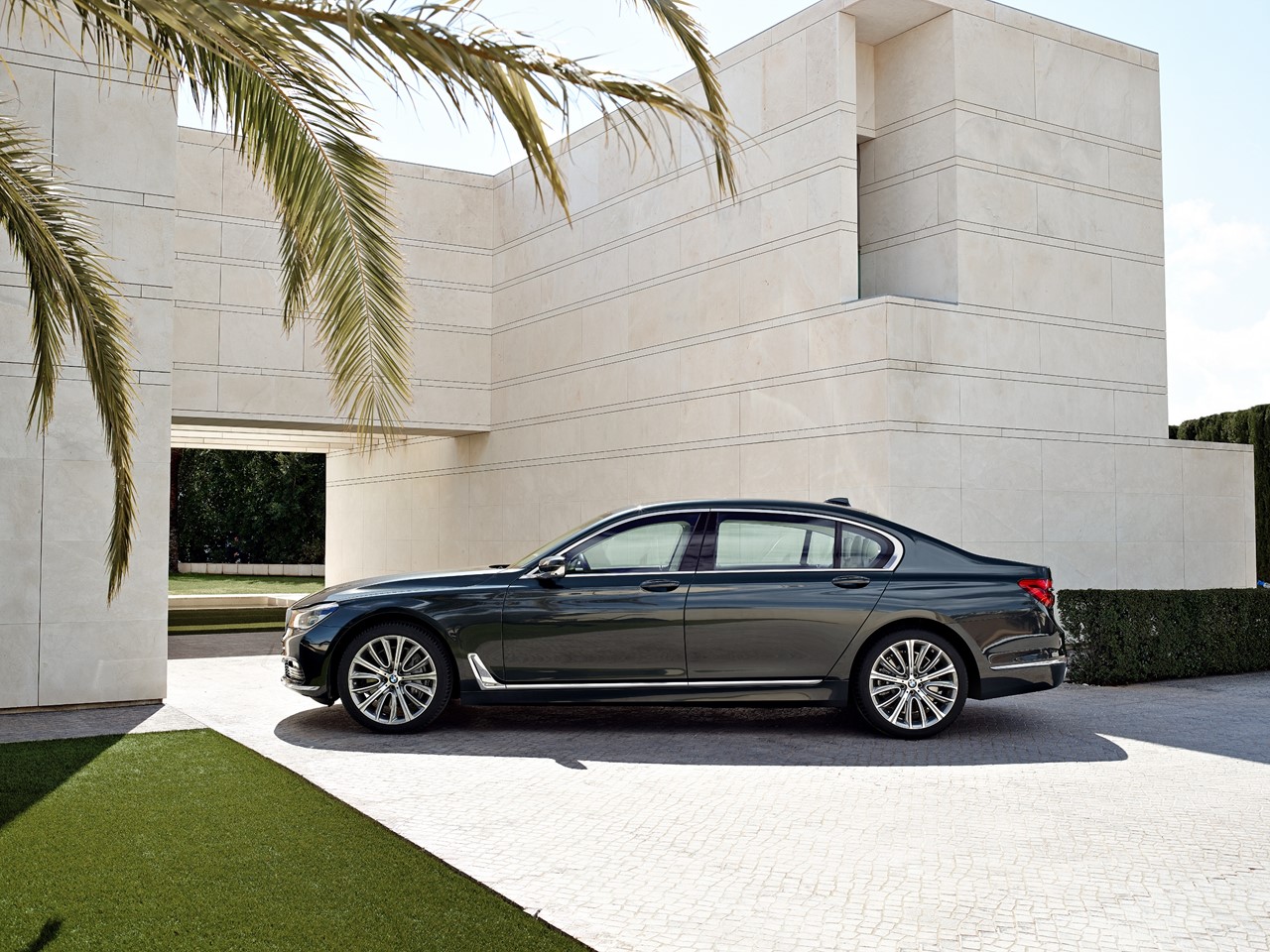 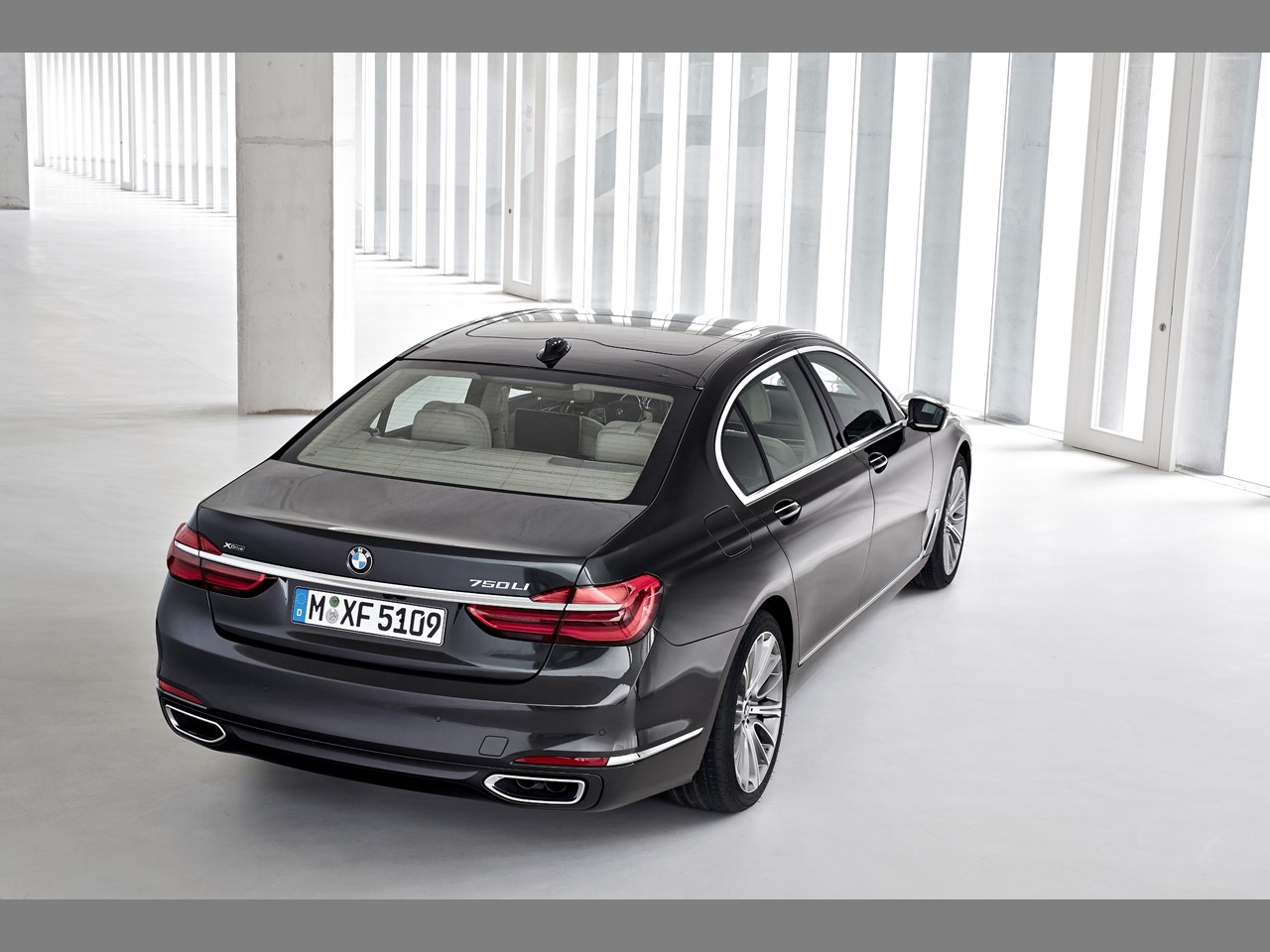 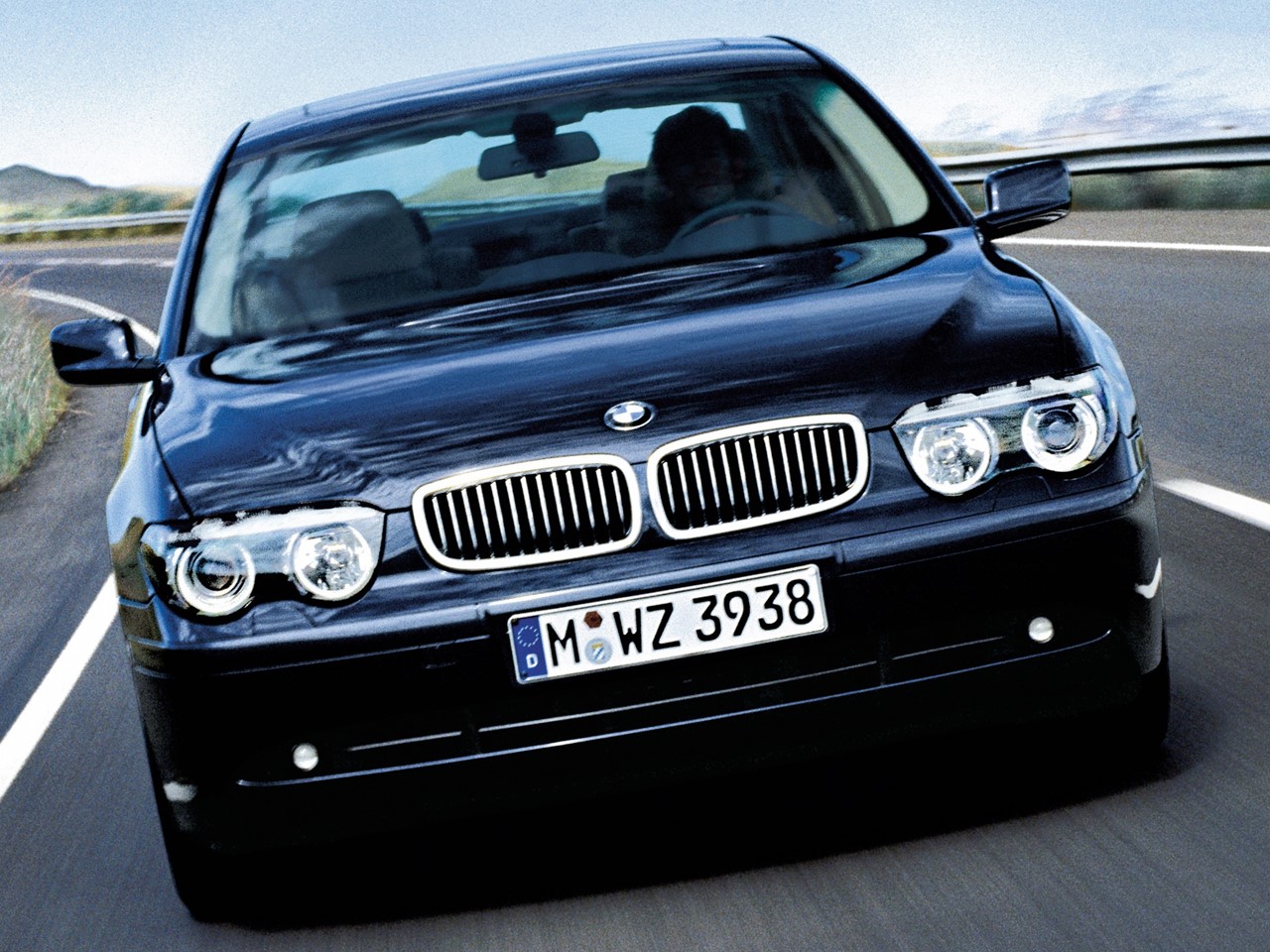