The Corniche is the epitome of luxury

True excellence once achieved endures. A Rolls-Royce motorcar stands alone as an incomparable blending of technology, beauty, and comfort. A Rolls-Royce historically matures in beauty and naturally appreciates in value. A Rolls-Royce precludes the restless quest for something better to replace it with. The tradition of commitment to perfection has been inherited through generations of craftsmen and engineers remain true to form.

The Rolls-Royce Corniche, the pinnacle of motoring, represents a rare investment in legendary craftsmanship, superb technology, and exemplary standards of excellence. It makes an unarguable statement of personal achievement about its owner. A Corniche Fixedhead coupé is rich and rare as only 1,108 were built during its 10 year tenure.

The Corniche is available as an elegant Fixedhead coupé and as an avant-garde Drophead convertible coupé. They are built in the grand tradition of coachbuilding at a highly restricted pace. The eminent coachbuilders at Mulliner Park Ward built the Corniche completely by hand. It is among the Flagship models. The Corniche remains the epitome of luxury and the quintessential status symbol. A Rolls-Royce never becomes a used car…it becomes a cherished classic –

A Corniche is like a fine Chateau Lafite Rothschild…or maybe a case of Chateau d’Yquem – supremely satisfying to own. It is a work of art such as a Renoir. Its silhouette becomes more classical with time. Fashion comes and goes…but a Rolls-Royce remains the same – “To thine own self be true…” Owning a Rolls-Royce Corniche is one of the great satisfactions remaining in our harried, mass-production world. 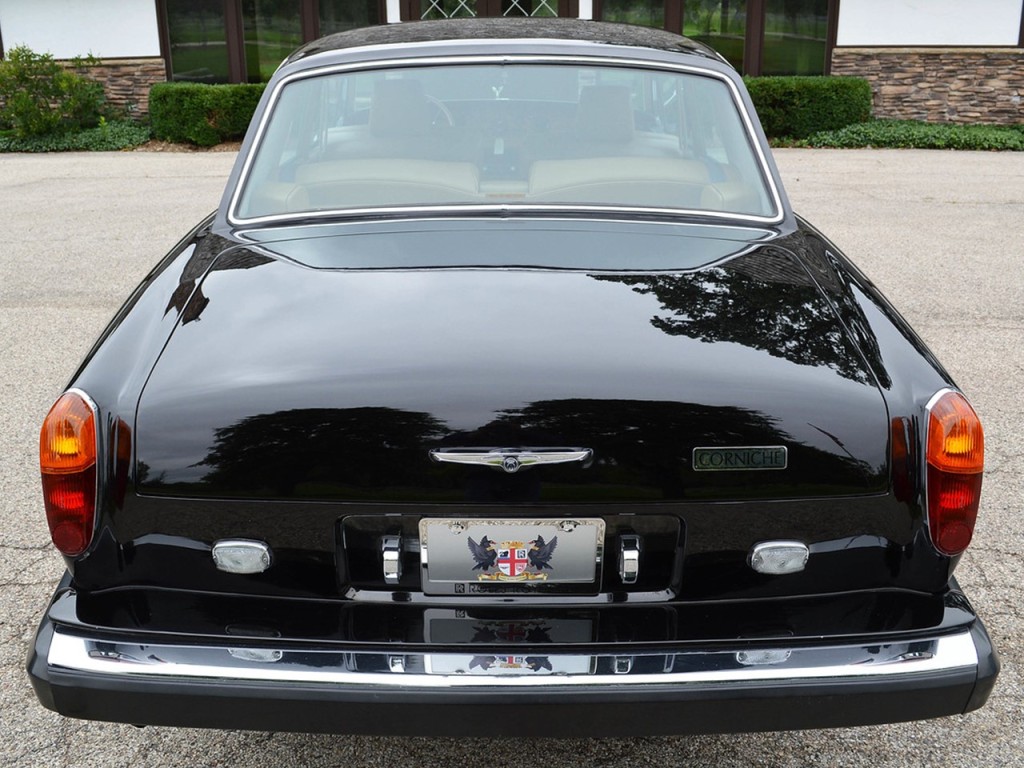 A thing of beauty is a joy forever. The Corniche has a hand-crafted coachbuilt bodyshell that was shared with no other Rolls-Royce. Its silhouette is lower than the standard Rolls-Royce saloons. The body lines flow into a sculpted cupid’s bow in its waist line which is a signature feature of the exterior. This elegant and completely individual motorcar is built with a bodyshell of steel fitted with aluminium doors, bonnet, and boot lid. It is built as monocoque construction, with the body and chassis fused together to become a single entity. This type of construction is lightweight yet extremely rigid. 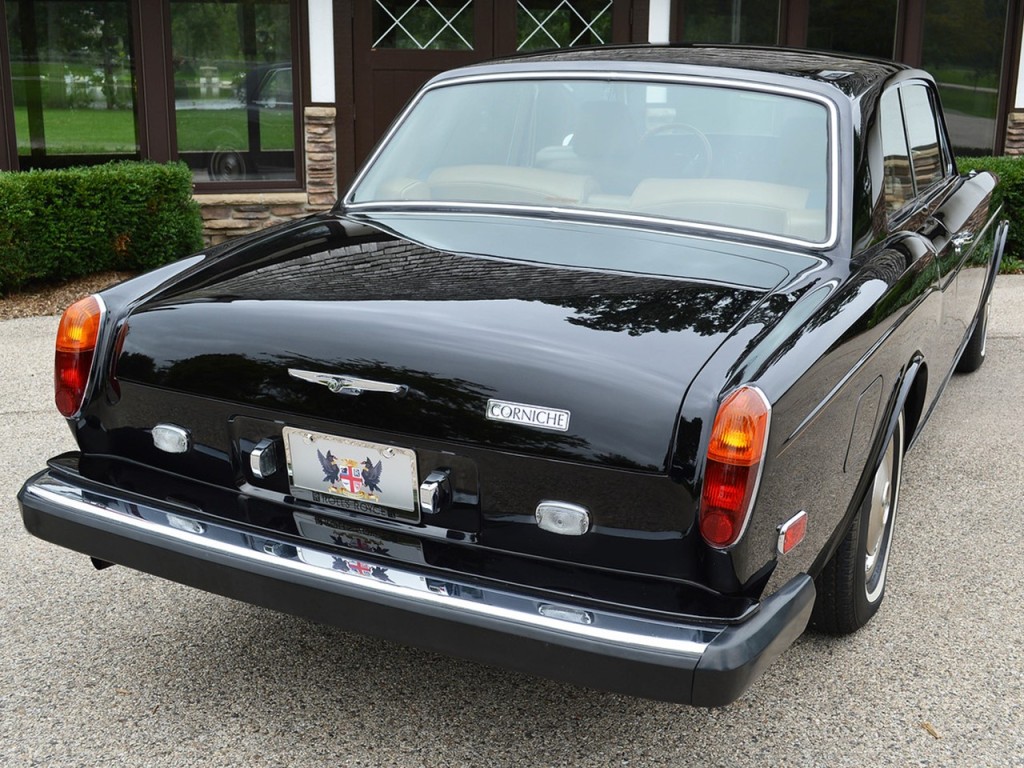 The Corniche Fixedhead coupé is even rarer than the coachbuilt convertible coupé. A Corniche is a highly bespoke motorcar built to reflect the requirements of the owner and their personal taste. It’s the two-door variant of the highly successful Silver Shadow series. The two-door Rolls-Royce was first marketed as the Silver Shadow Mulliner Park Ward Fixedhead and Drophead models and were built from 1966 until 1970. They were renamed Corniche for the 1971 model year and the Fixedhead coupe was built until 1981 producing 1,108 units making this a highly collectible automobile. There’s nothing more opulent than a Corniche… 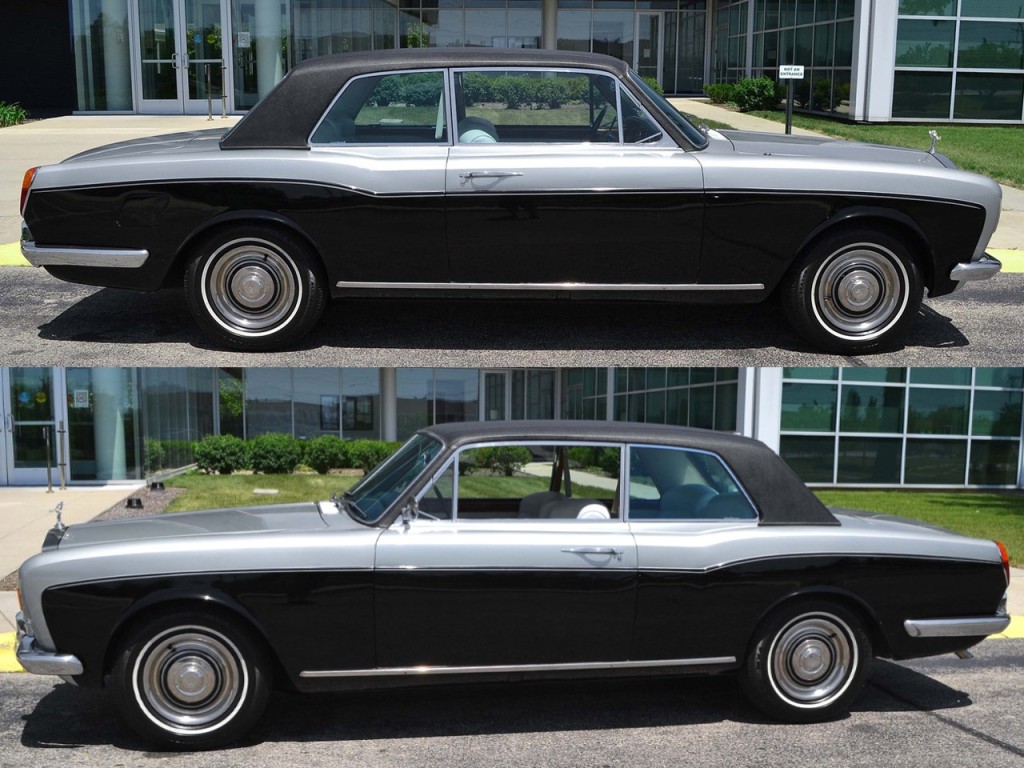 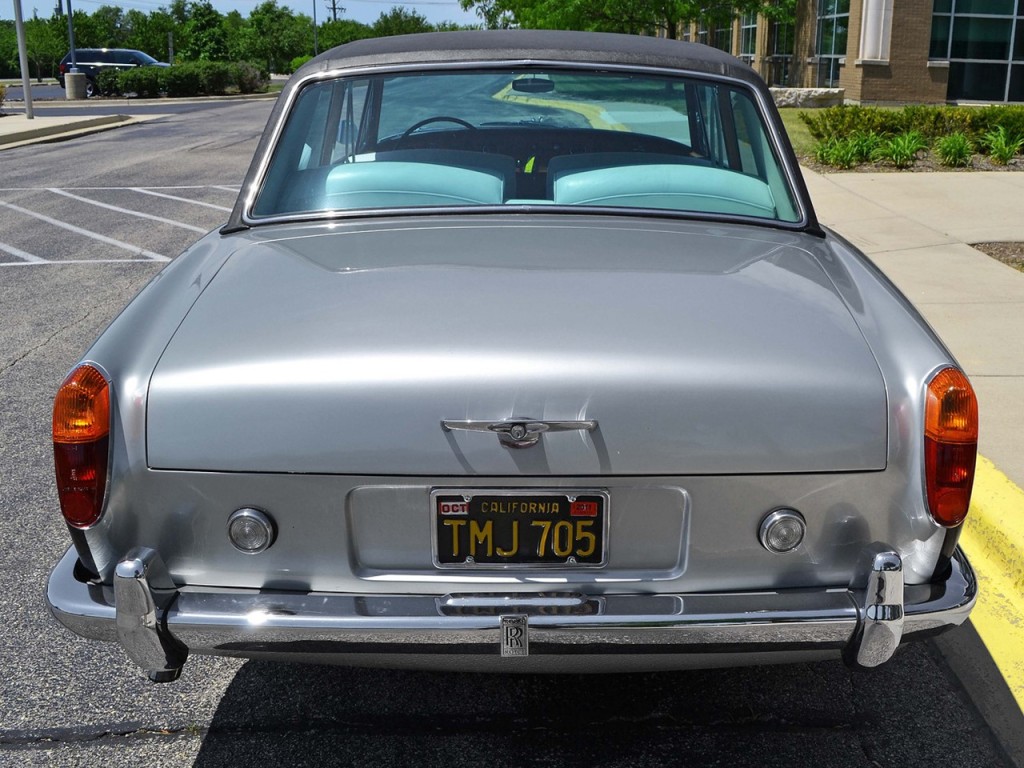 This magnificent motorcar is powered by “old faithful” the standard Rolls-Royce 6.75 litre V8. It moved the Corniche with aplomb. It’s block is made of aluminium-silicon alloy. The cylinder heads are aluminium with cast iron wet cylinder liners. The model depicted here is a 1974 and is fitted with twin SU carburetors. The horrid Solex 4A1 4-bbl replaced the twin carburetors for the 1977 model year. Bosch fuel injection was added for the 1980 model year. The GM Turbo Hydra-Matic 3-speed fully automatic transmission was mated to the engine. It is equipped with a torque converter and electric gear range selector. It has a single piece propeller shaft and hypoid bevel final drive. 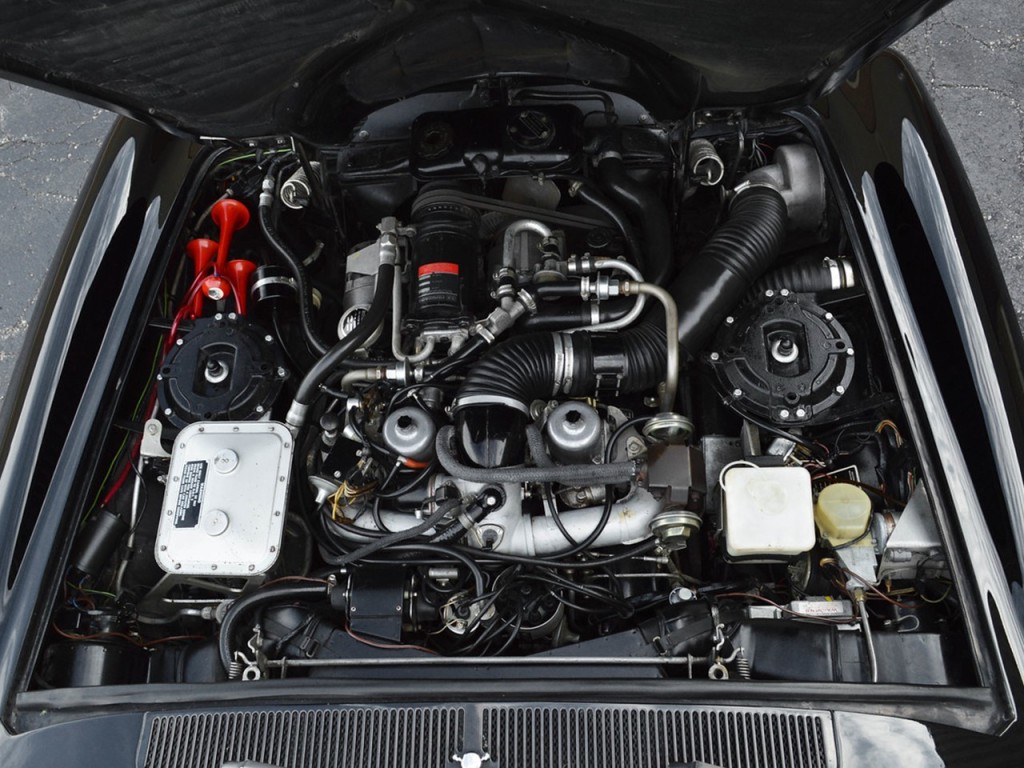 The 1974 Corniche Fixedhead coupé measures 204.5” in length, 72” in width, and rides upon a 120” wheelbase. It has a 4-wheel independent suspension. The front suspension uses coil springs with lower wishbones, compliant controlled upper levers, telescopic dampers, and an anti-roll bar. The rear is fitted with independent coil springs, semi-trailing arms, suspension struts, and an anti-roll bar. Gas springs are used with the suspension struts to perform as dampers with height control rams for the hydraulic leveling system. The fully automatic leveling system maintains its predetermined height regardless of load and road conditions. 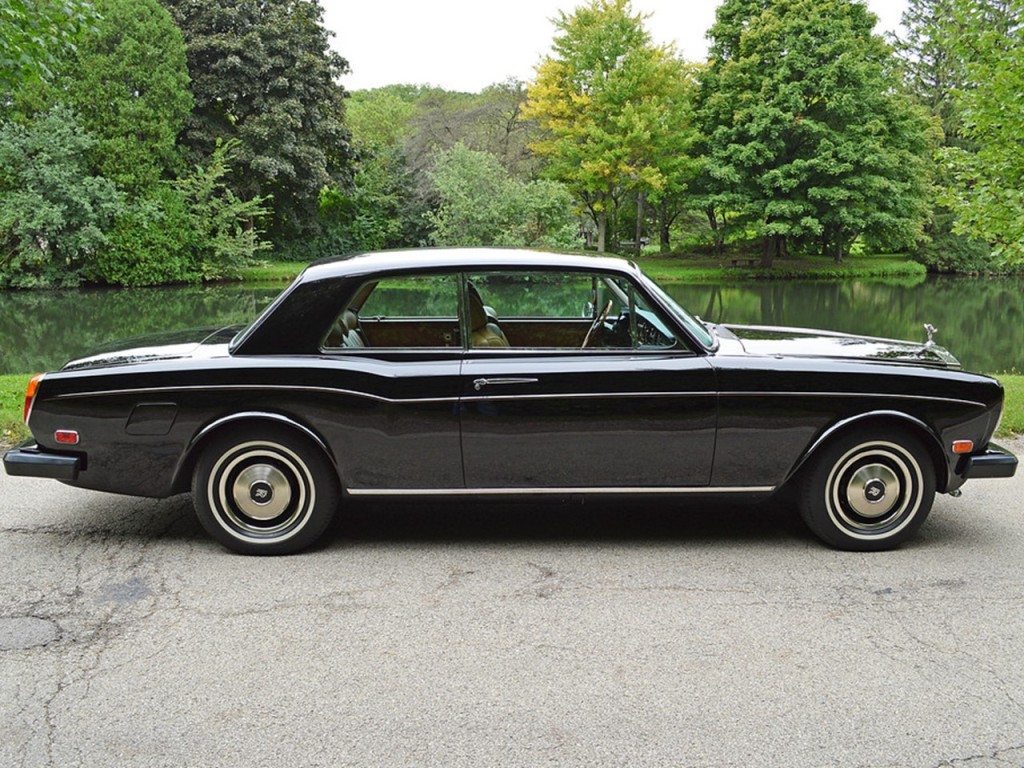 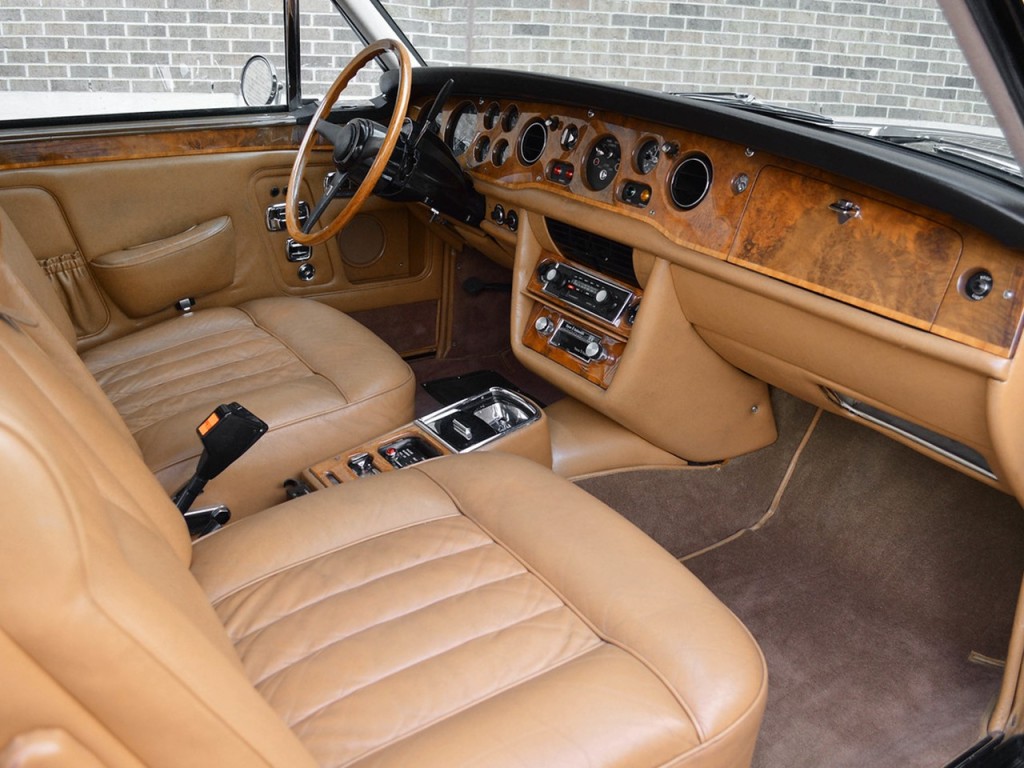 A Rolls-Royce…is a Rolls-Royce. Luxury isn’t taken for granted. For example, take the Corniche and its lavish interior. Cross-banded veneers are another of its signature features. This exotic embellishment entails the art of edging the panels and door garnish rails with a narrow band of veneer with a pronounced cross-grain. The Rolls Royce buyers travel to the veneer markets in Milan, Italy to select the materials for the next year’s production. These unique veneers are skillfully shuffled, mirror-matched, and cut before they are glued to the seasoned hardwood backing.

The age-old rule of entasis applies here. All of the panels are made slightly convex to make the impression of flatness. Finally, these elegant veneers are hand-lacquered followed by hours of hand polishing. The result – a veneer with the image of glass hard enough that a cigarette can be stubbed out on it without leaving a trace. Each piece of the rich Lombardy veneer is a mirror image of its opposite panel. It doesn’t stop here… 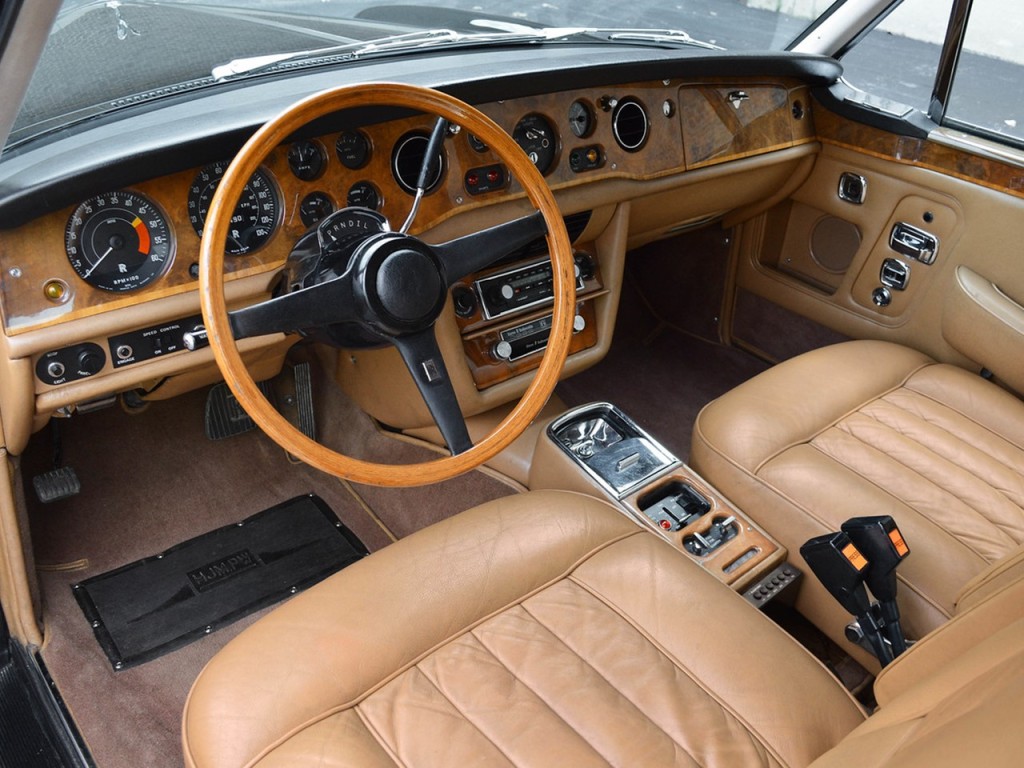 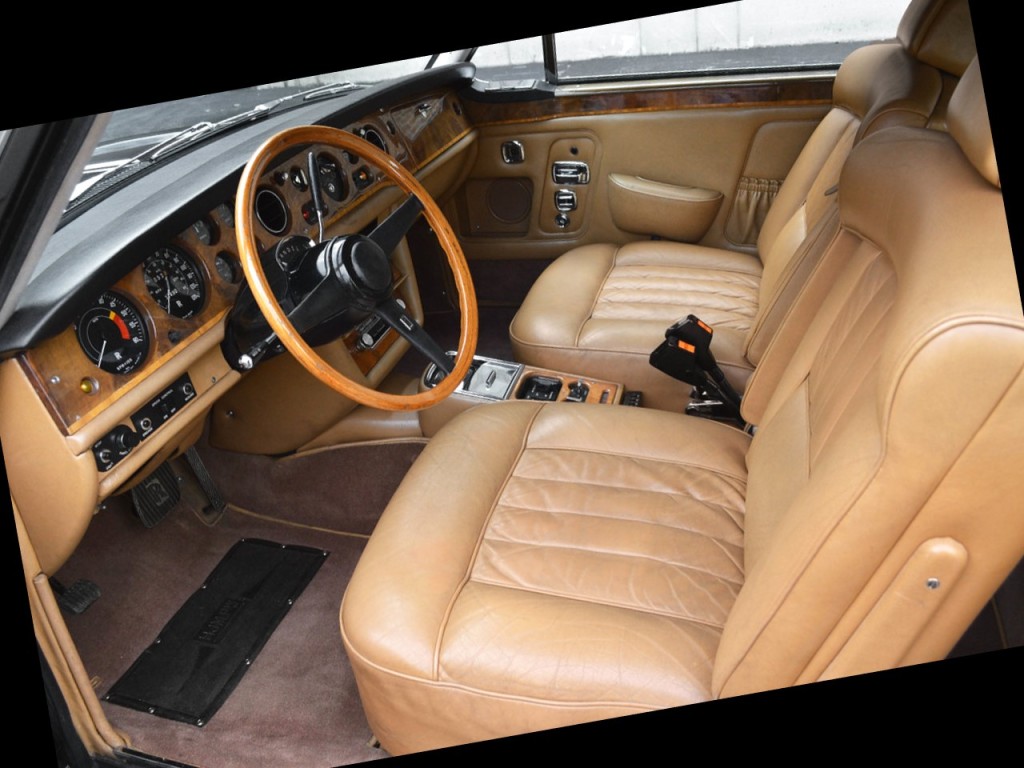 The Corniche is the grand tourer par excellence. Its hand-cut, hand-fitted leather is meticulously crafted by Connolly Brothers, the masters of the art. They use up to 10 perfectly matched hides to fashion the most sumptuous upholstery and trim ever to grace an automobile cabin. Over 260 square feet of the finest quality natural grain leather is hand-finished by over 40 skilled coach trimmers. There’s still more…

To complete the Rolls-Royce cabin experience, the floor of both passenger compartment and the boot are crafted with luxurious Wilton hand-tufted 100% wool carpet. Its deep pile texture resembles that of velour. Lambswool rugs are an opulent option. A Rolls-Royce Corniche cossets its passengers in decadent elegance…which is so typical of the brand. 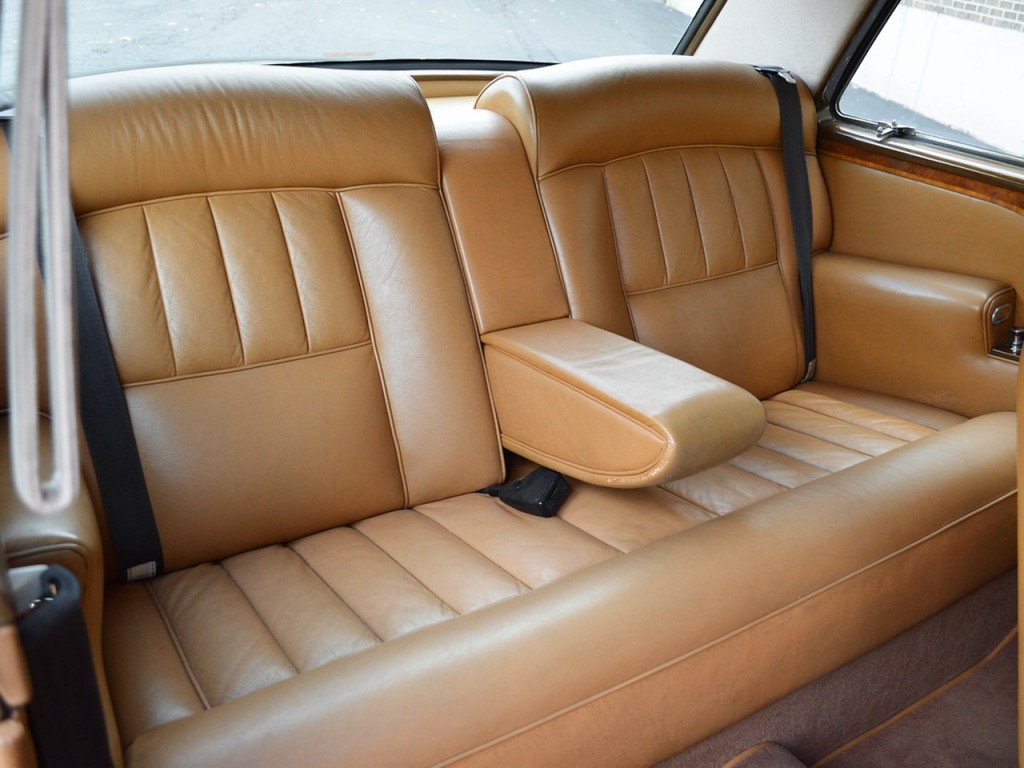 A Corniche is second to none with comfort and convenience. The unique and sophisticated air conditioning system is two systems in one. The incoming air is dehumidified and cooled to prevent the windows from misting. The split-level system allows independent control of upper and lower level temperatures. Once set, it needs no further intervention. The required temperature being attained is held automatically. Everything in a Corniche is as convenient to the hand as it is pleasing to the eye. Beneath the traditional luxury, convenience and meticulous attention to detail, is some of the most advanced engineering in the world. 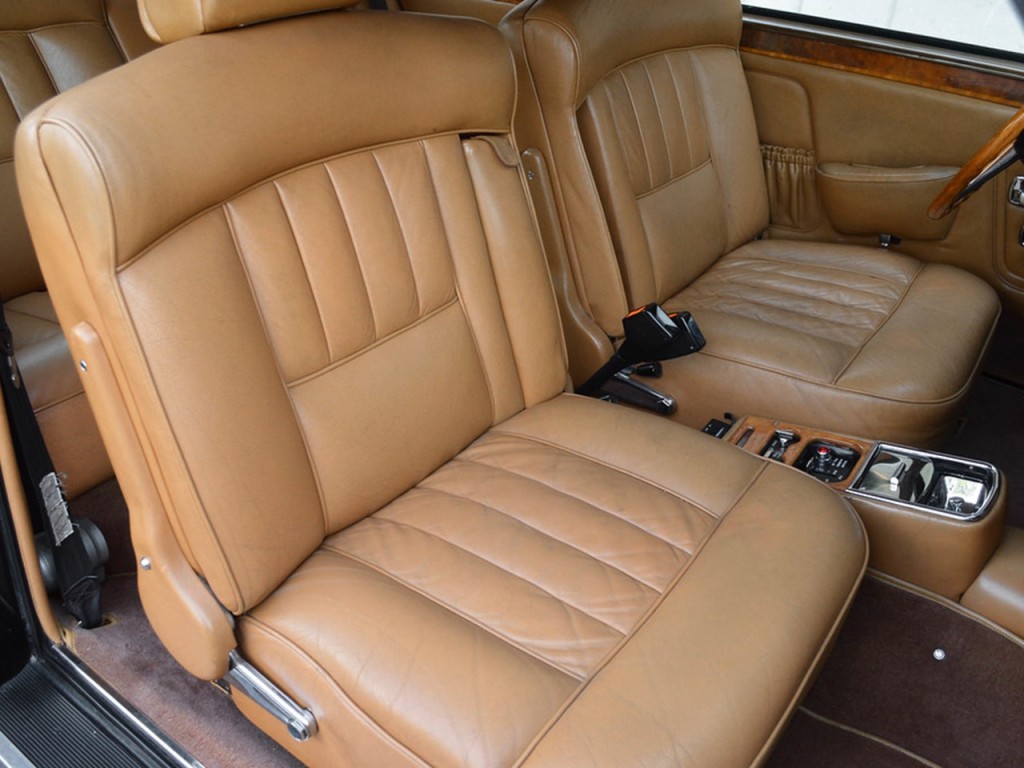 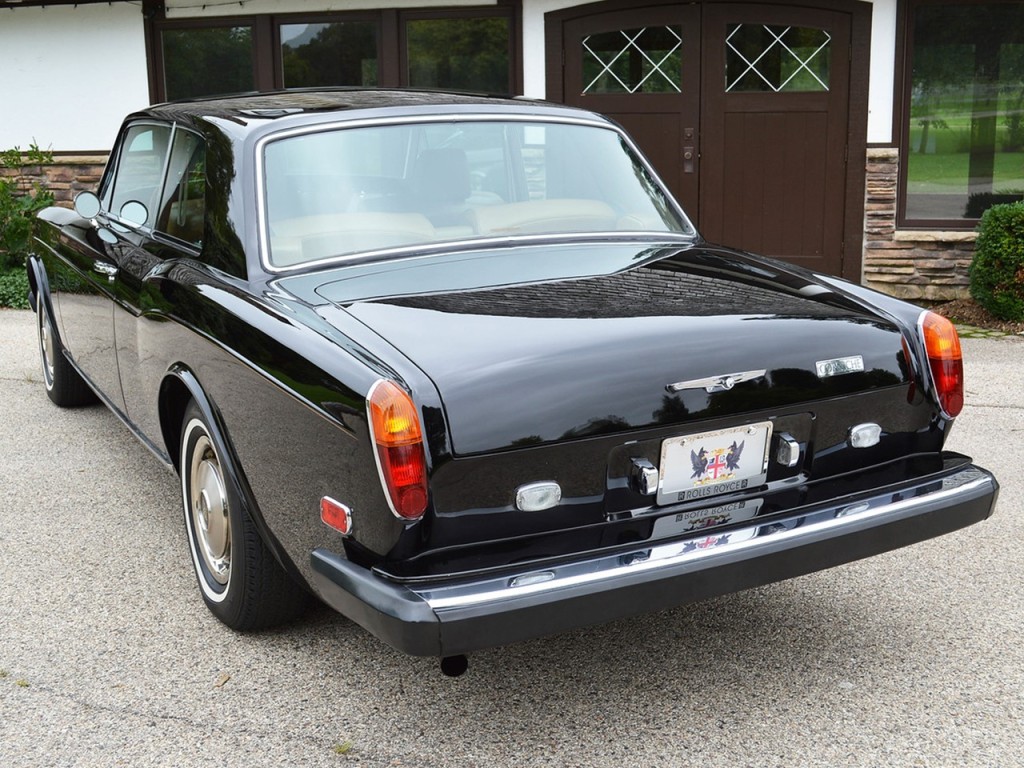 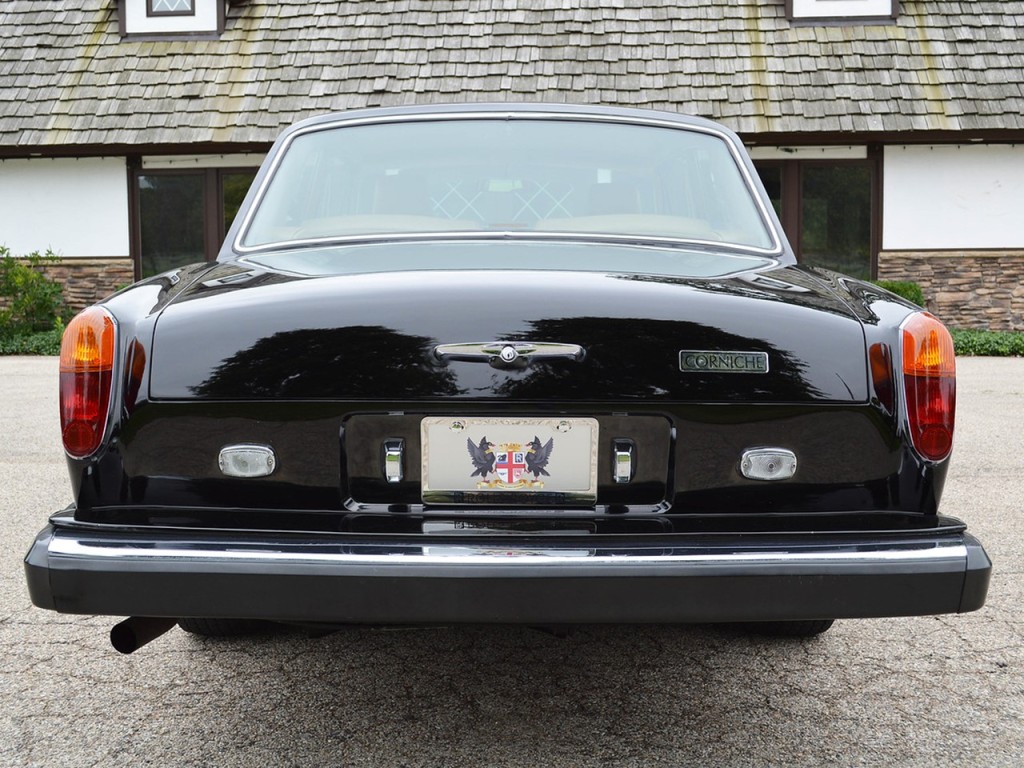 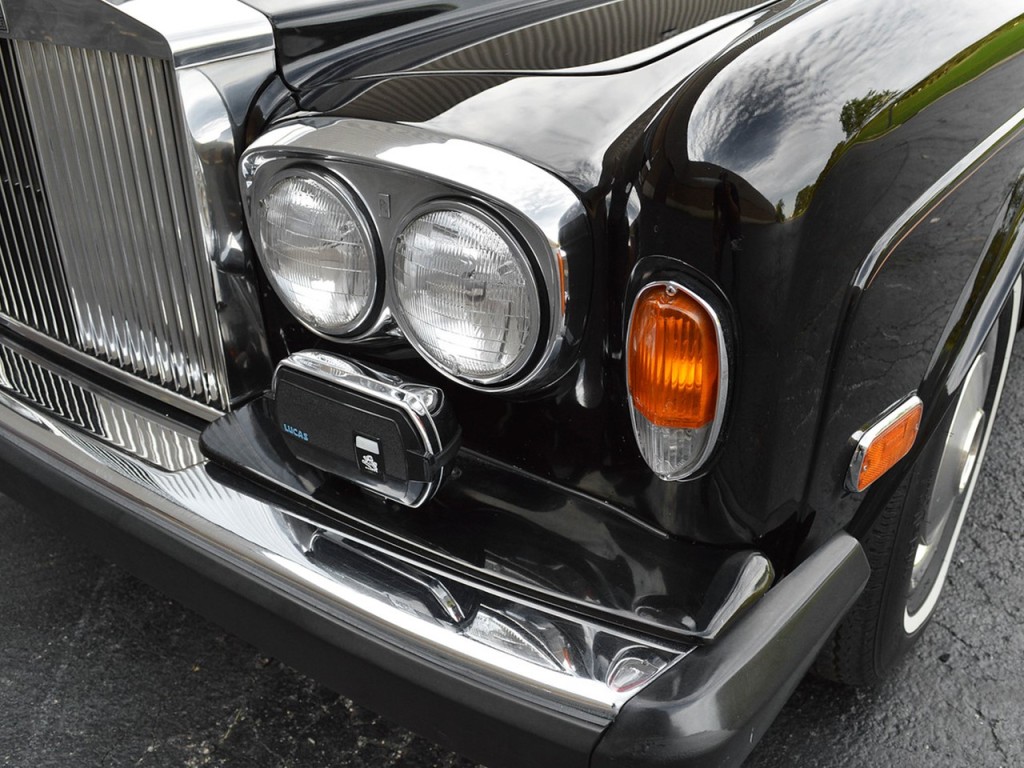 With its 1,108 production total, it is the quintessential collectible. It is as popular today as it was during its 10 year tenure. Power, presence, and prestige can be yours (if you are lucky enough to find one of these for sale) in the Rolls-Royce Corniche Fixedhead coupé. The Corniche is the very essence of Rolls-Royce…an exemplary example of luxury at its finest, from the makers of the best car in the world – 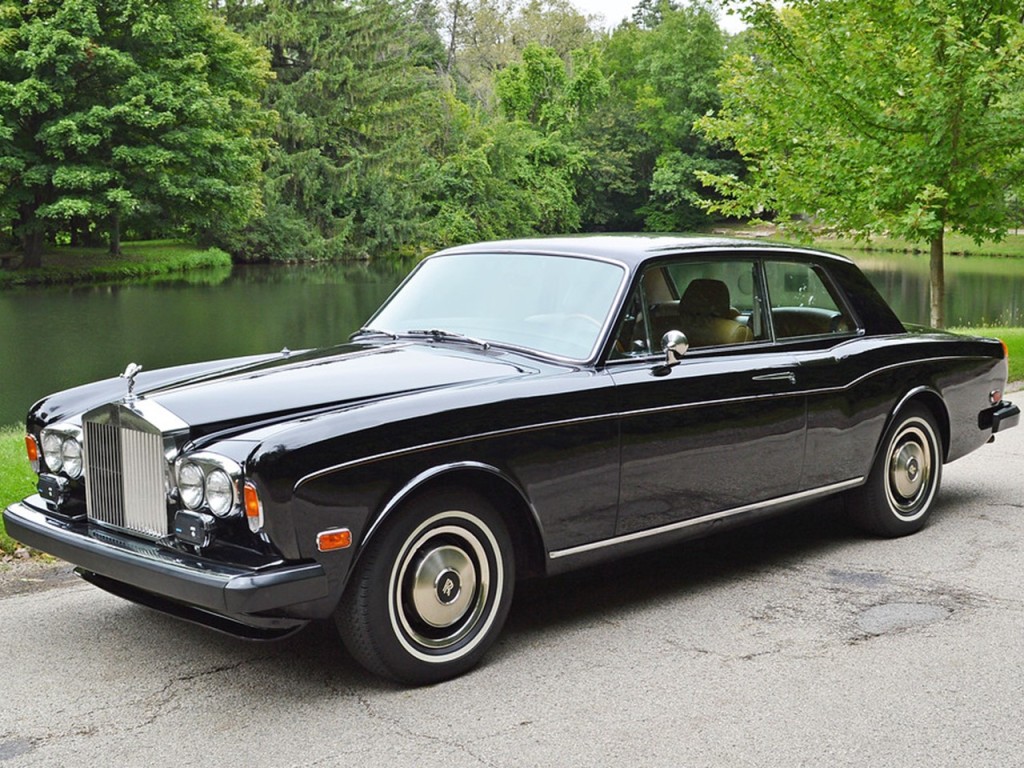 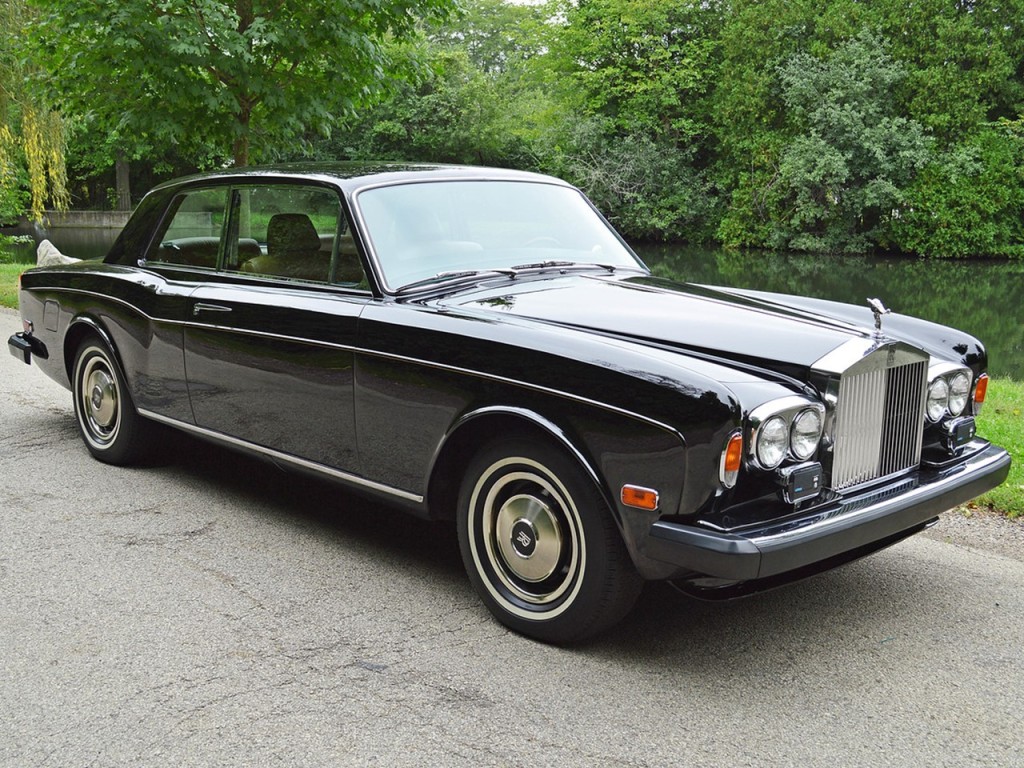 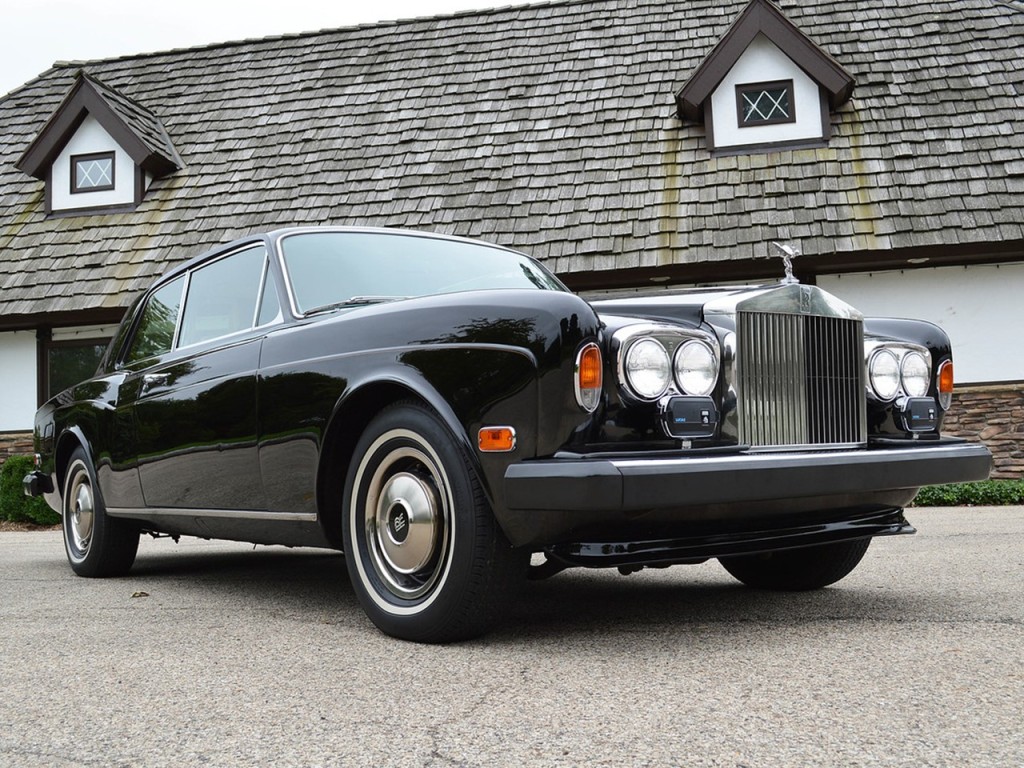 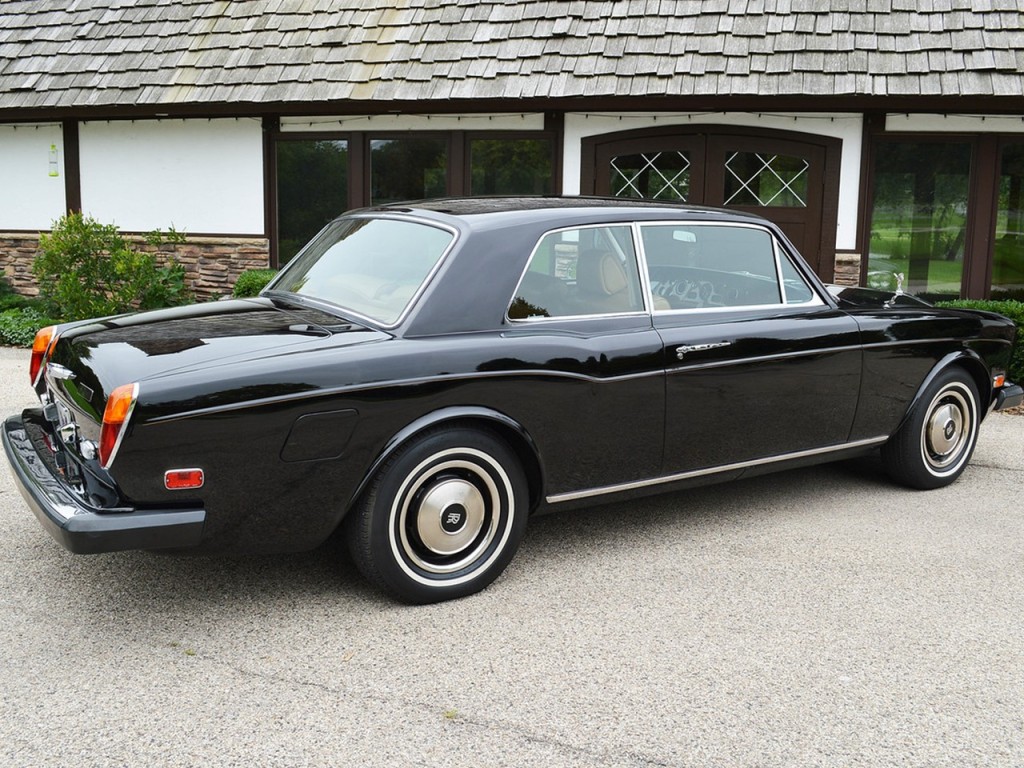 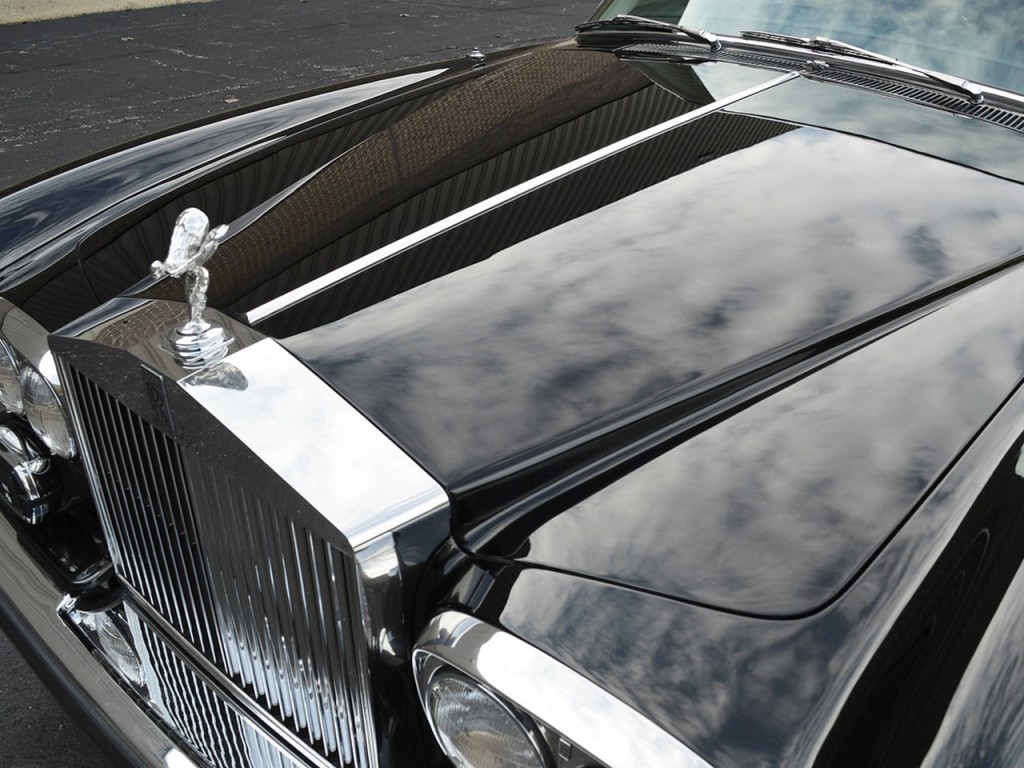 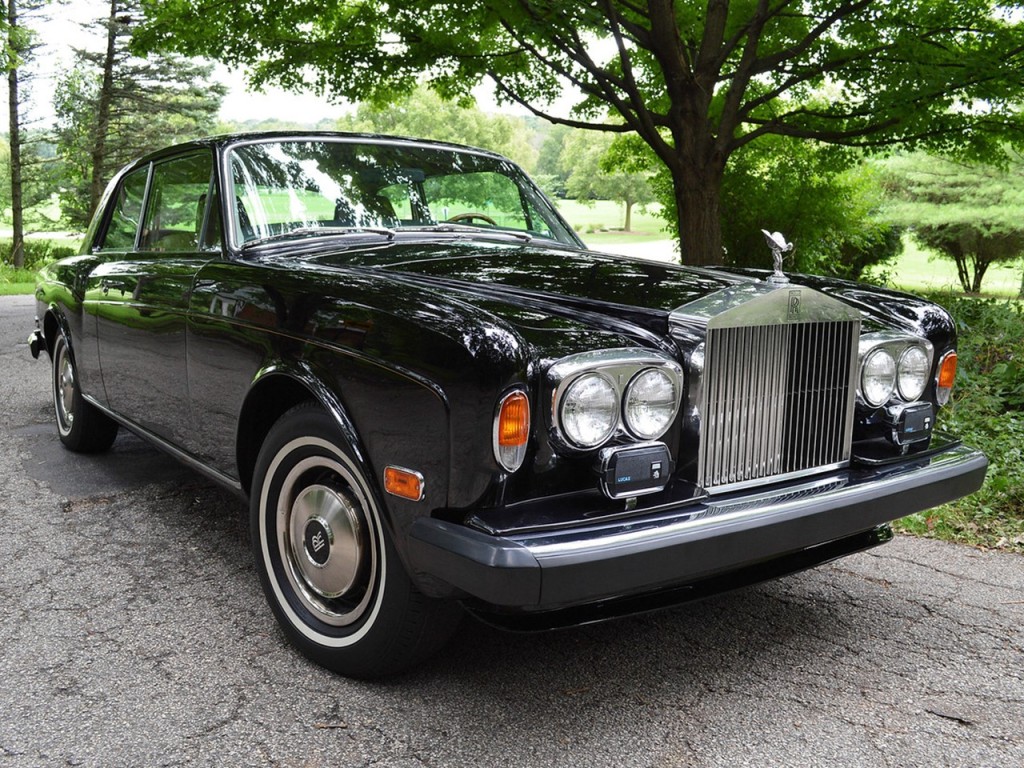 Rolls-Royce Corniche…simply the best car in the world