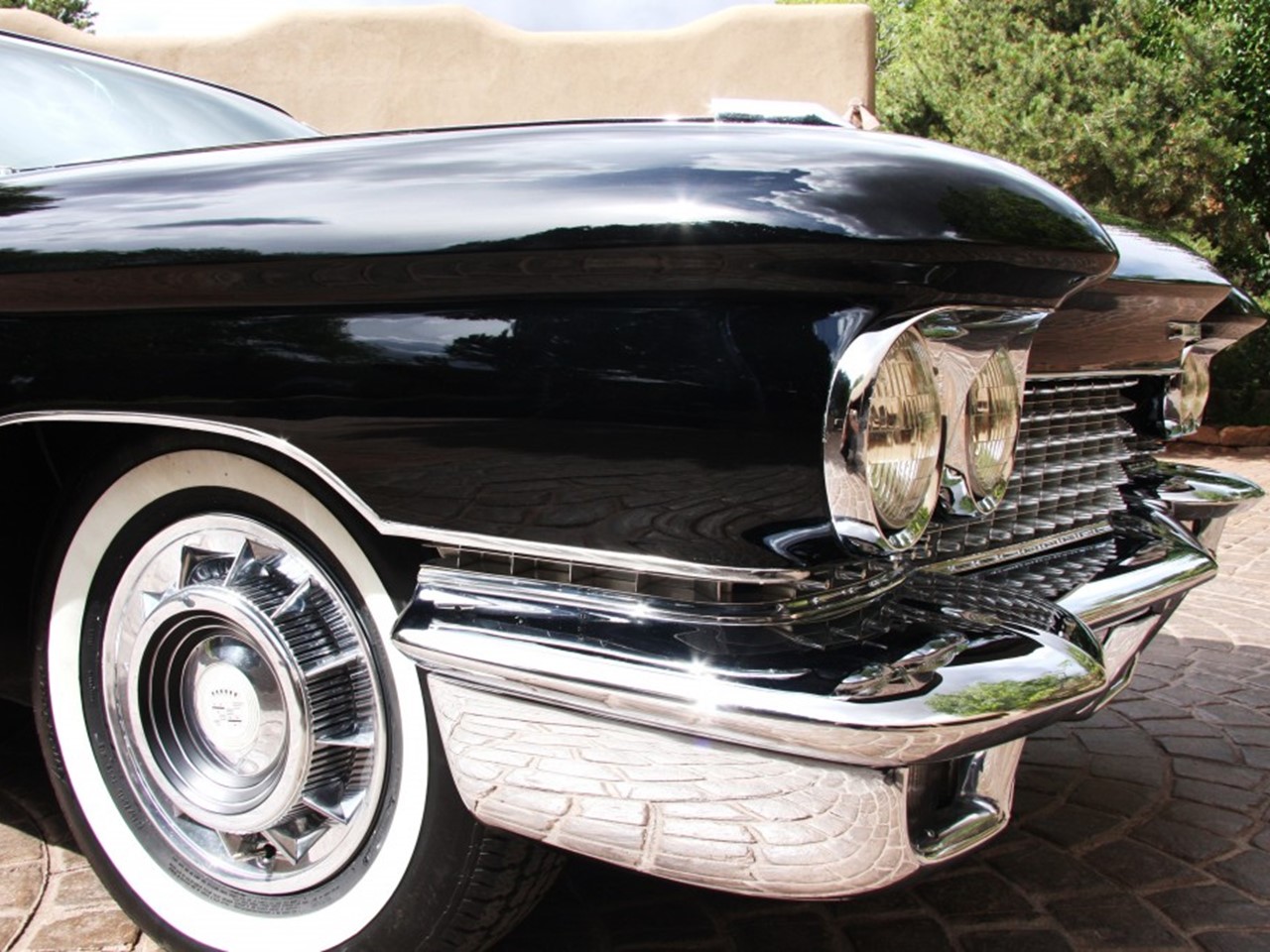 “As the Standard of the World Turns.” 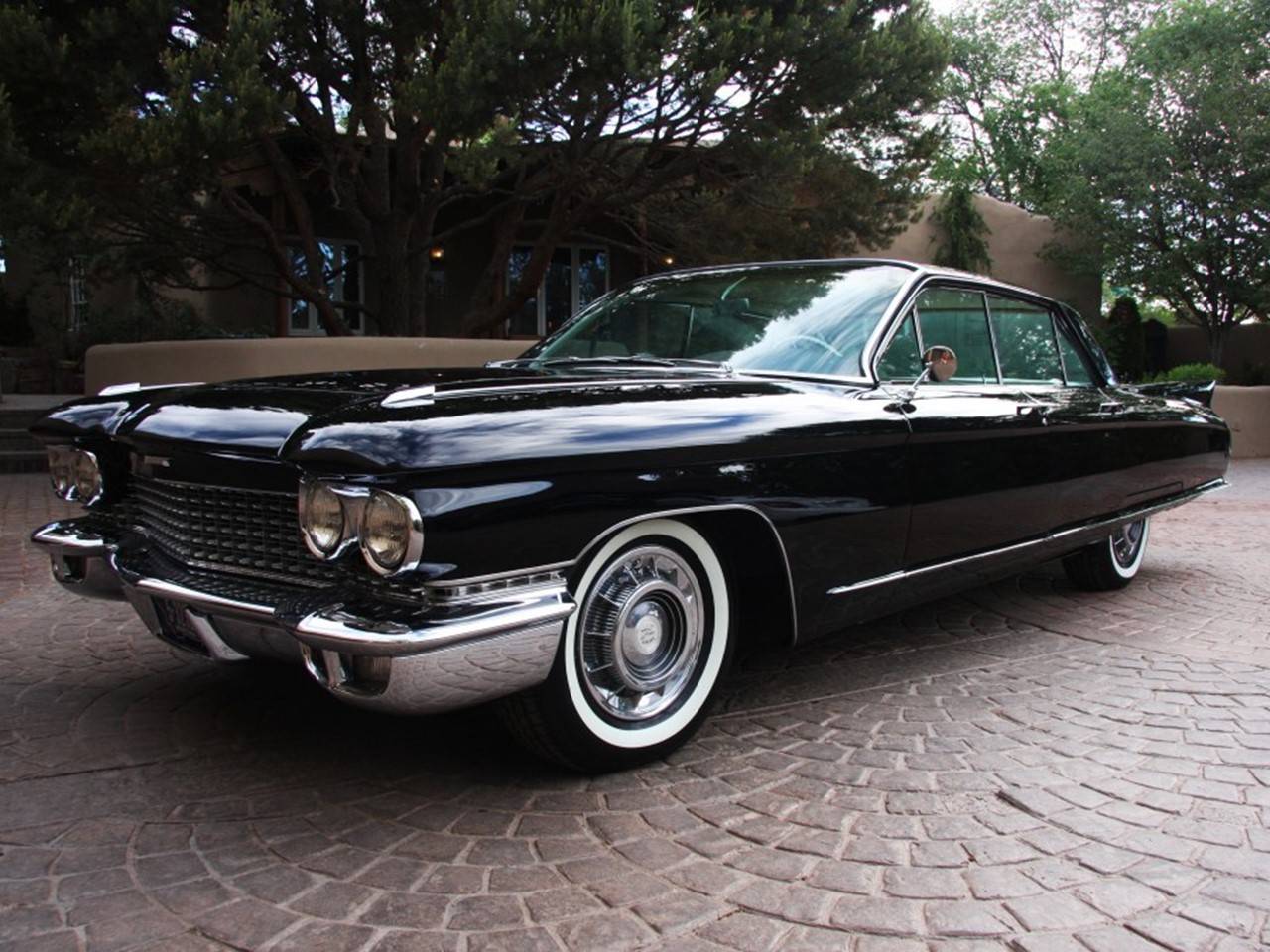 Once upon a time in America there was a thing called the luxury automobile. These fabulous cars are a city block long and half a city block wide. They float along the road like a big ‘ole rollin Barco lounger’. The elegance and prestige lineages evolved through impeccable craftsmanship, America was renowned for such. The Cadillac motorcar became the most enviable of all automotive legacies. The Cadillac name was a byword for superlative in any field of endeavor…

The Fleetwood division meticulously handcrafted the finest automobiles to motor out of Detroit, Michigan. The most eminent and revered models were Fleetwood-bodied Cadillacs. They are the last of the hand-built motorcars. The Brougham augmented the Fleetwood model hierarchy as the epitome of elegance. They were the most luxurious owner-driven sedans from the brand. The 1960 Cadillac Series 6900 Eldorado Brougham is the last of this distinguished coachbuilt series. NotoriousLuxury presents an encore performance…in the continuing saga of “As the Standard of the World Turns.”

Eldorado Broughams are among the rarest of all Cadillac motorcars. They were coachbuilt by Fleetwood for the 1957 through the 1958 model years in Detroit. These luxury sedans required countless hours of manpower while in theatre, because of the extensive handcrafting that was involved in order to build them. They slowed the Fleetwood assembly line tremendously. These magnificent Broughams sold for an ostentatious $13,074. Due to the nature of their build, Cadillac didn’t make a profit.

A decision was made to farm out their production to Pininfarina of Italy who are prominent coachbuilders specializing in the world of bespoke craftsmanship. This decision by GM freed the Fleetwood assembly hall to build more of the top-selling Fleetwood models such as the Series Sixty-Special. It was more cost efficient for Cadillac. Pininfarina handbuilt the Brougham for the 1959 and 1960 model years.

Very little has ever been written about the 1960 Eldorado Brougham. Many automotive enthusiasts have never even seen one. They are elegantly exotic in appearance. It takes the eagle eye to discern them from the standard Cadillac models for 1960. These were the most opulent custom crafted models in the Cadillac model range. The Eldorado Brougham was so swank, it was only briefly mentioned in the sales brochure. Interested clients were advised to contact a Cadillac dealer for details because the car was so highly bespoke –

It’s the Cadillac of Cadillacs and the finest expression of the new era in automotive design. The 1957-1958 Detroit-built Series 70 Eldorado Broughams were totally exclusive from other Cadillac models sharing no sheet metal or trim. The 1959-1960 Series 6900 Eldorado Broughams shared mechanical components, floor platforms, dash panels, wheels, bumpers, fender skirts, and headlamp bezels with other Fleetwood models. 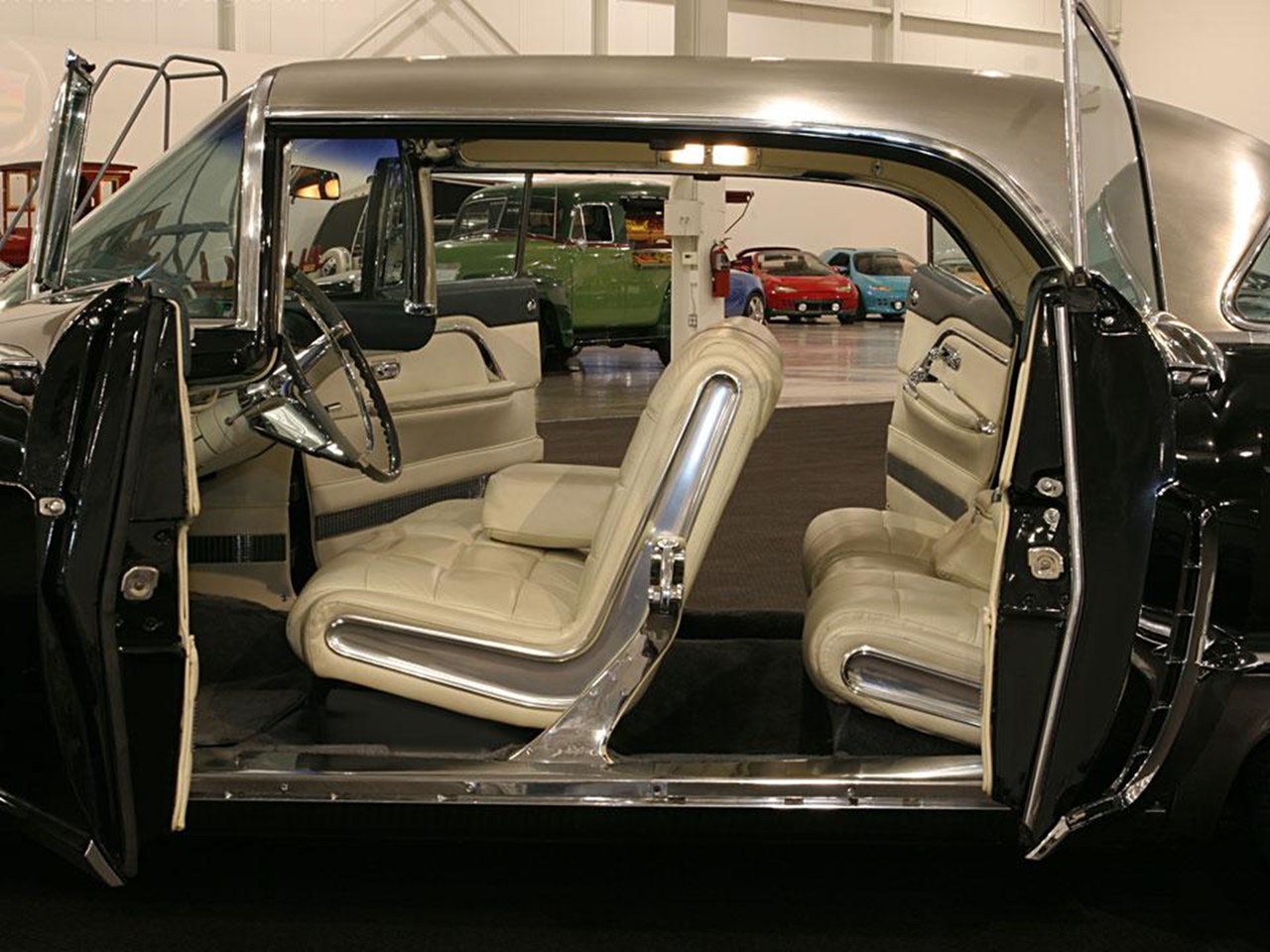 Pininfarina hand-built the custom bodyshells. This added a romantic aura to this ultra-exclusive model…what could be more alluring than an Italian hand-built Cadillac? None of the standard Cadillac sheet metal was integrated into the Brougham. The roofline and glass are totally unique to the glamorous Italian-built Broughams.

The 1960 Brougham is the styling-lead to the 1961 Cadillac model design. This is apparent in the windshield, roof design, and lower overall silhouette. The Brougham’s sleek pillarless design is highlighted by smaller power rear quarter windows that automatically open when the coordinating rear door opens for ease of entry and exit. The Broughams are crafted a tad bit lower than standard Cadillac models.

There’s very little to distinguish the Brougham from a head-on view. Many dispute the fact the 1960 Eldorado Brougham isn’t totally unique from the rest of the standard Cadillac and Eldorado models. Due to the fact that the Broughams were not top-selling models, it wasn’t feasible to make them as exclusive as the 1957-1958 Detroit-built models. They had their own separate set of production tooling and dies than the standard 1957-1958 Cadillac models. The proof is in the photos, YOU be the judge.

The custom crafted 1960 Series 6900 Eldorado Brougham has an intriguing rear end design. It has tail lamps that are modified slightly and built into the bumper nacelles elegantly. The upper slim recessed taillamps from the standard models are eliminated. The Brougham’s tail fins are trimmed lower. It introduced lower body fins called “Skegs” which would be featured on all Cadillac models for 1961 and 1962. The Eldorado has always featured styling that would eventually be found on other Cadillac motorcars.

Cadillac featured a gracious styling continuity when it reigned as the “Standard of the World.” The 1961 Cadillac Series 6300 Sedan deVille shown displays the 1960 Eldorado Brougham inspired roofline and glass. 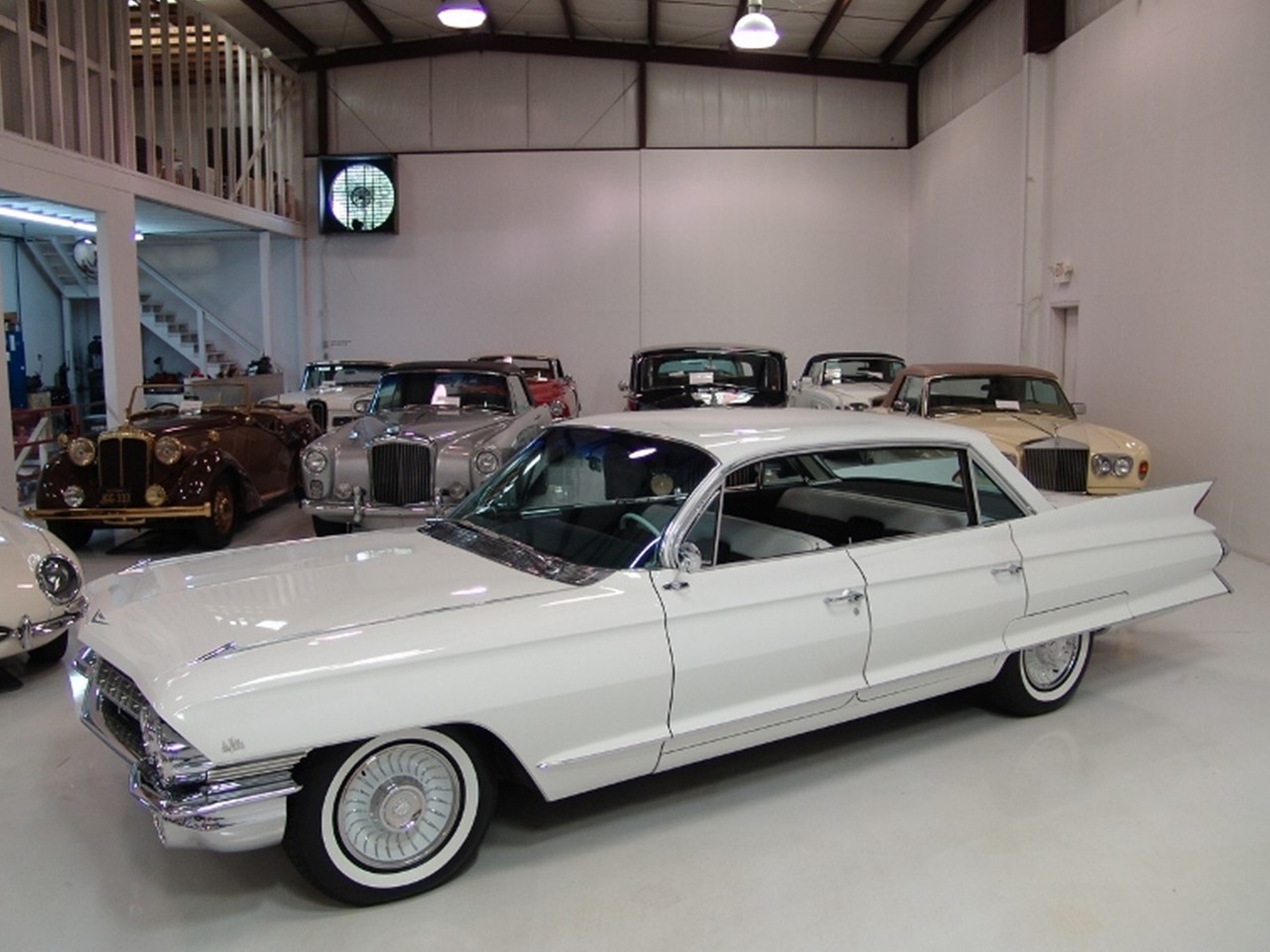 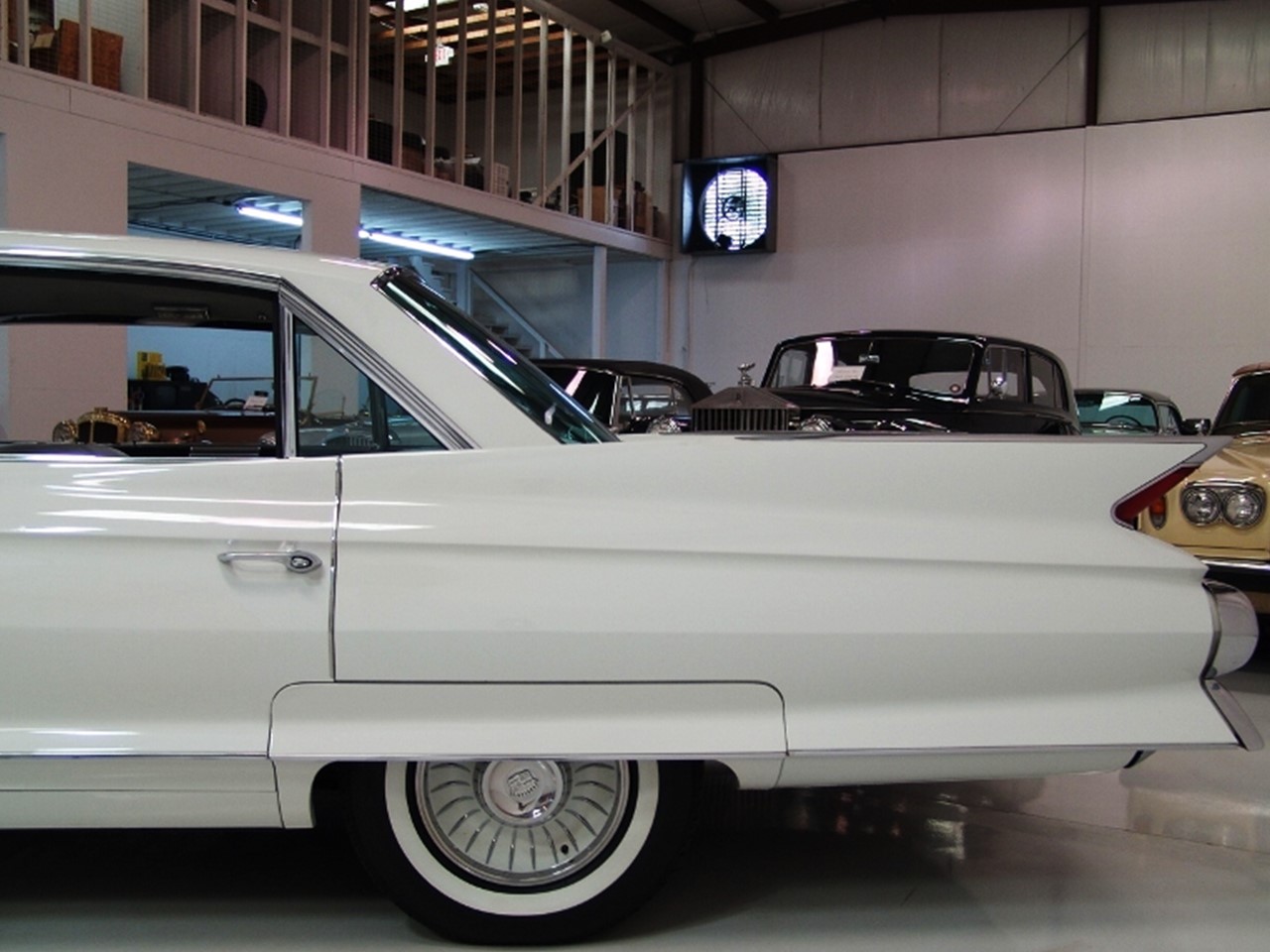 The lower fins aka “kegs” balanced the styling theme gracefully

The Brougham’s expanse of glass influenced the 1961 Cadillacs 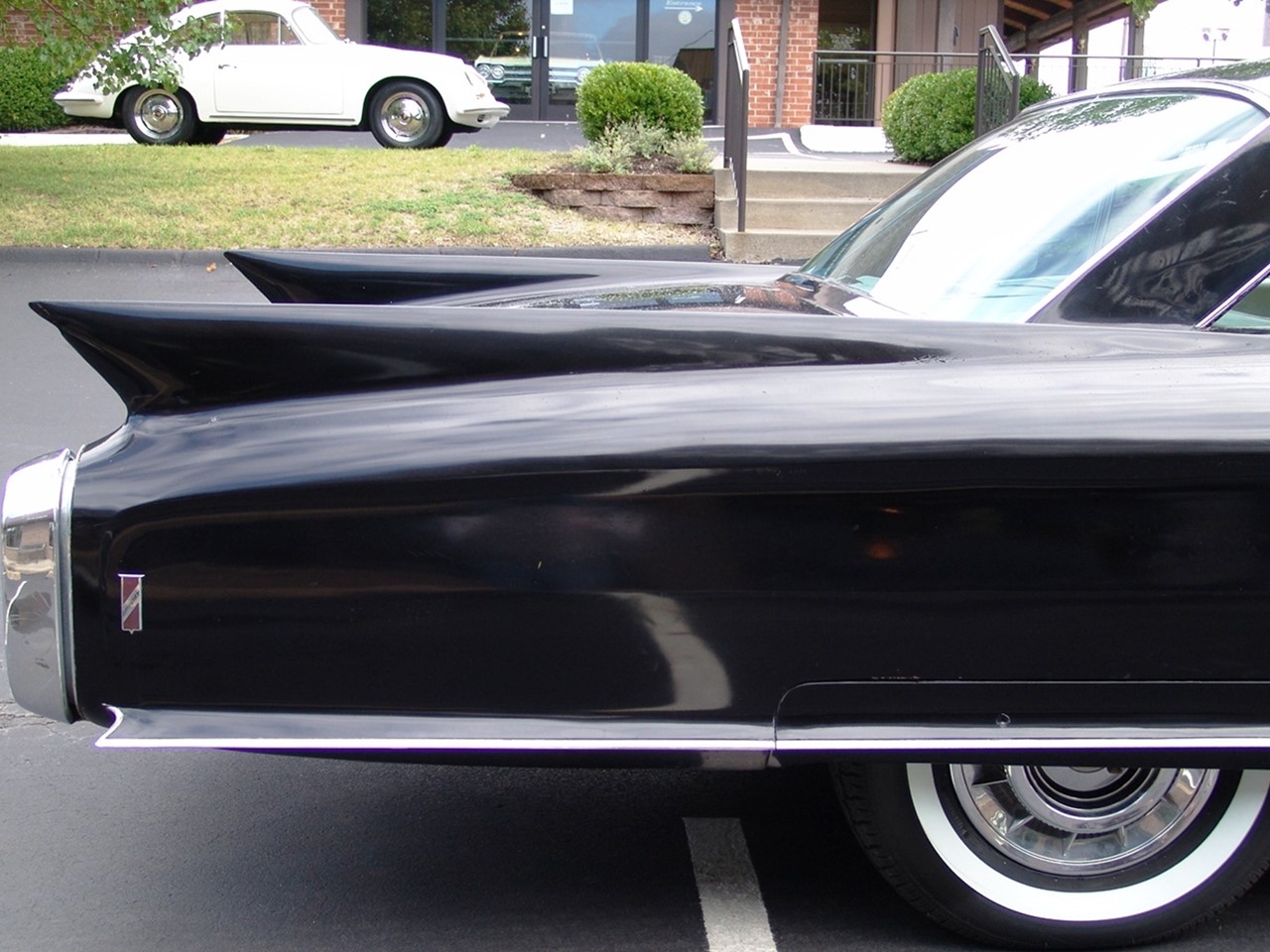 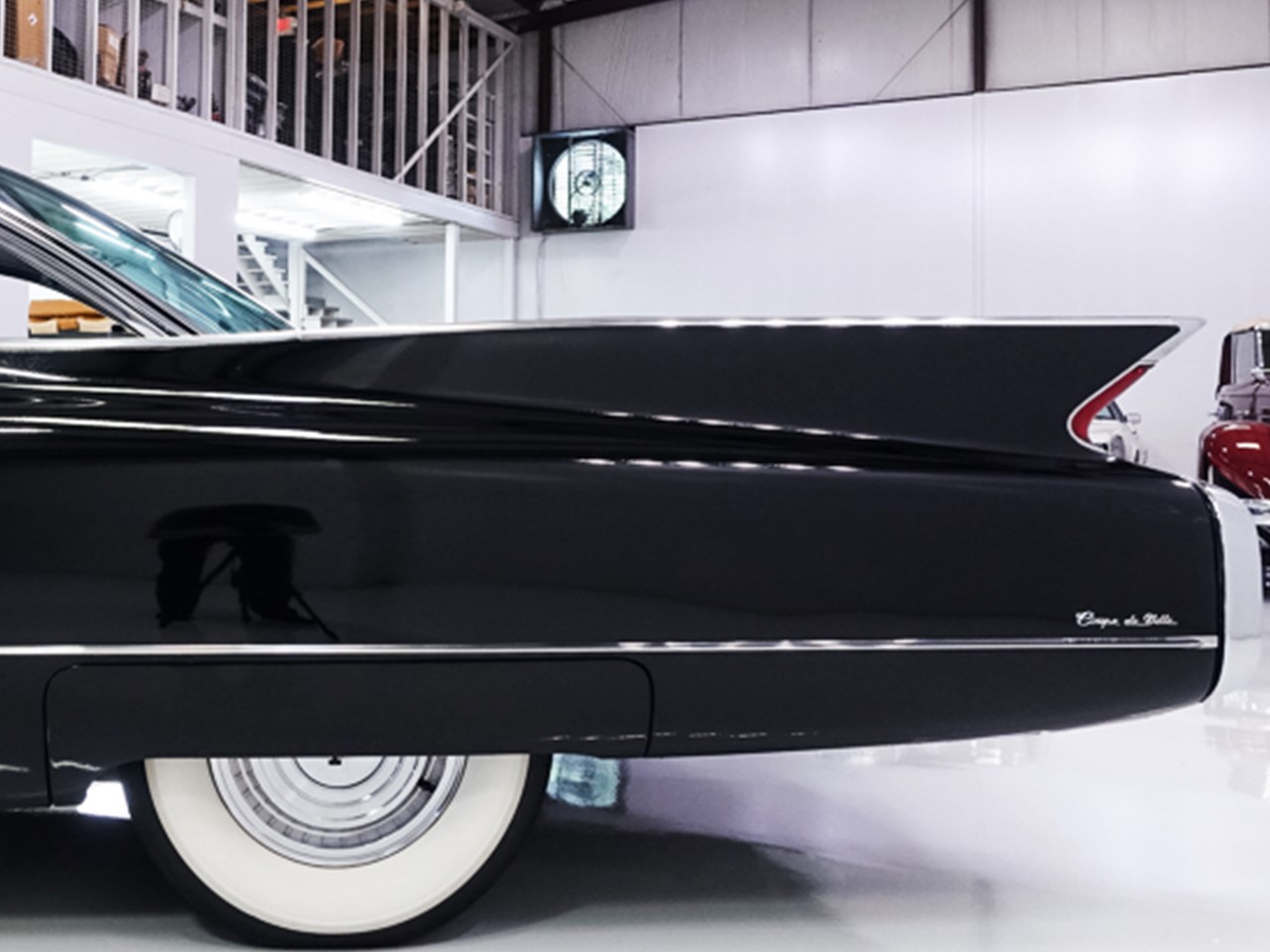 The Eldorado Brougham is almost verbatim up front

The Eldorado Brougham has a customized appearance

The 1960 Eldorado Brougham is built as body on frame construction. Cadillac’s rugged tubular-center X-frame permits a lower body design for improved appearance, and enhanced stability with a lower center of gravity. The majestic Eldorado Brougham has the same dimensions as the Eldorado Biarritz and Eldorado Seville except for its height. It has the luxury length of 225” with a low 55” height and is 79.9” wide. It rides upon a long 130” wheelbase. Model # 60-69 body style # 6929P 1960 Series 6900 Eldorado Brougham four-door hardtop sedan had a base price of $13,075 and only 101 were built.

The 1960 Eldorado Brougham was the most expensive American automobile for the day. There was no better symbol of one’s success than to view the world from behind the wheel of an Eldorado Brougham. This was a supreme achievement in motoring. Bigger is better was the premise behind these luxury land yachts. It was all about those “Car wars” – every American automobile manufacturer stretched the limits in design. Luxury was the theme. No one really cared about fuel economy because the cost of a gallon of petrol was insignificant.

Cadillac was the undisputed luxury leader. Harley Earl and Bill Mitchell, chief designers for GM, created automotive masterpieces for the 1950s – 1960s. The Eldorado Brougham epitomized the Cadillac brand with an eloquence no other motorcar could replicate. These handcrafted beauties command top dollar, many of which fetch at least six figures today. They will never be forgotten. Cadillac at the time, was considered as prolific opulence…the envy of the driveway…the “Standard of the World” was the most desired luxury automobile in the entire world.

These magnificent motorcars were decadently luxurious. The custom tailored interiors were completely in character with Cadillac. This is eloquence in the grand Cadillac tradition. There were two sumptuous broadcloth styles and all leather trim available. Deep plush nylon or mouton carpets were available to lavishly complete the experience tastefully. As far as appointments and amenities – it was a luxury car complete. 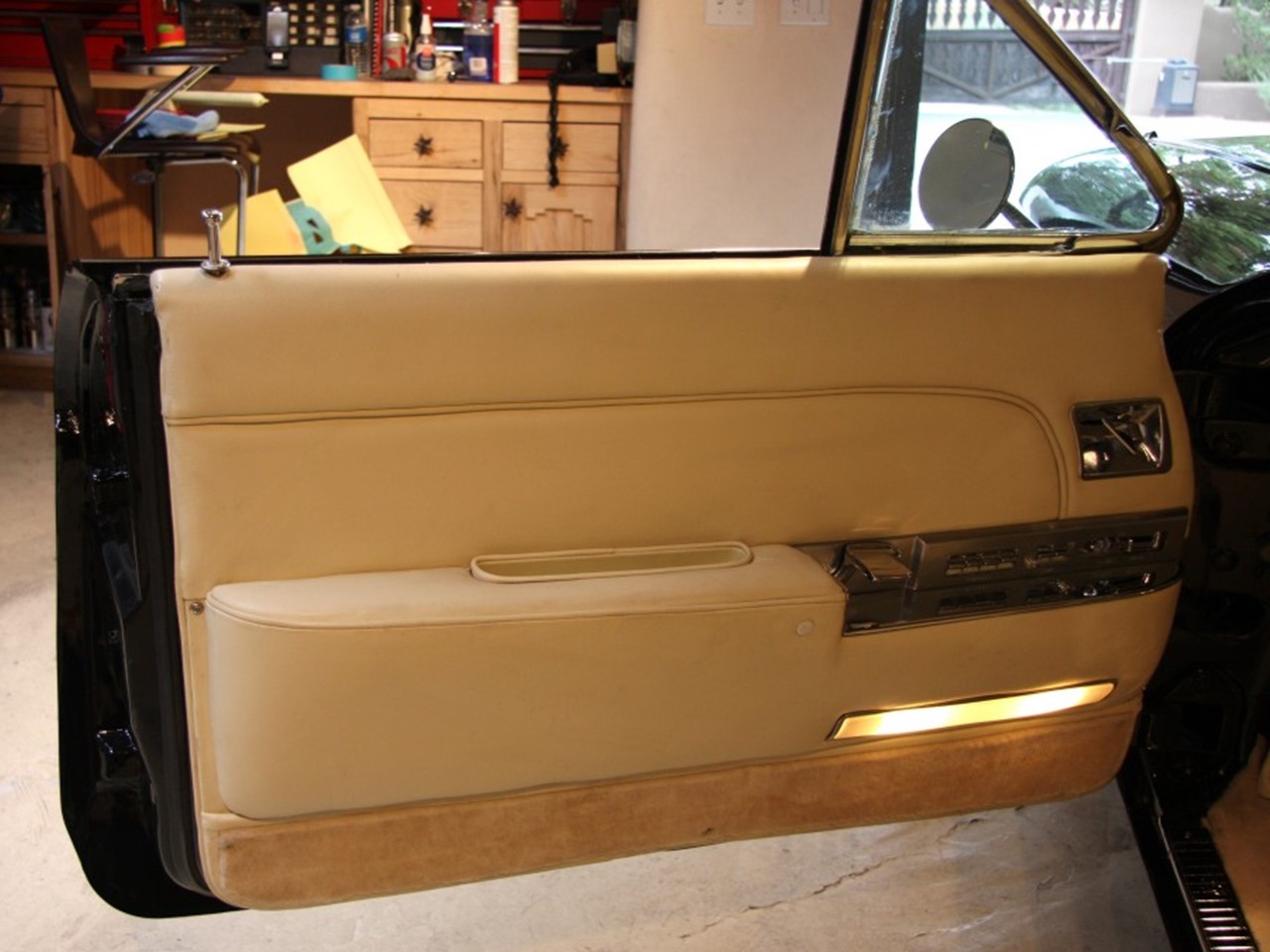 The Brougham is the most luxurious owner-driven model 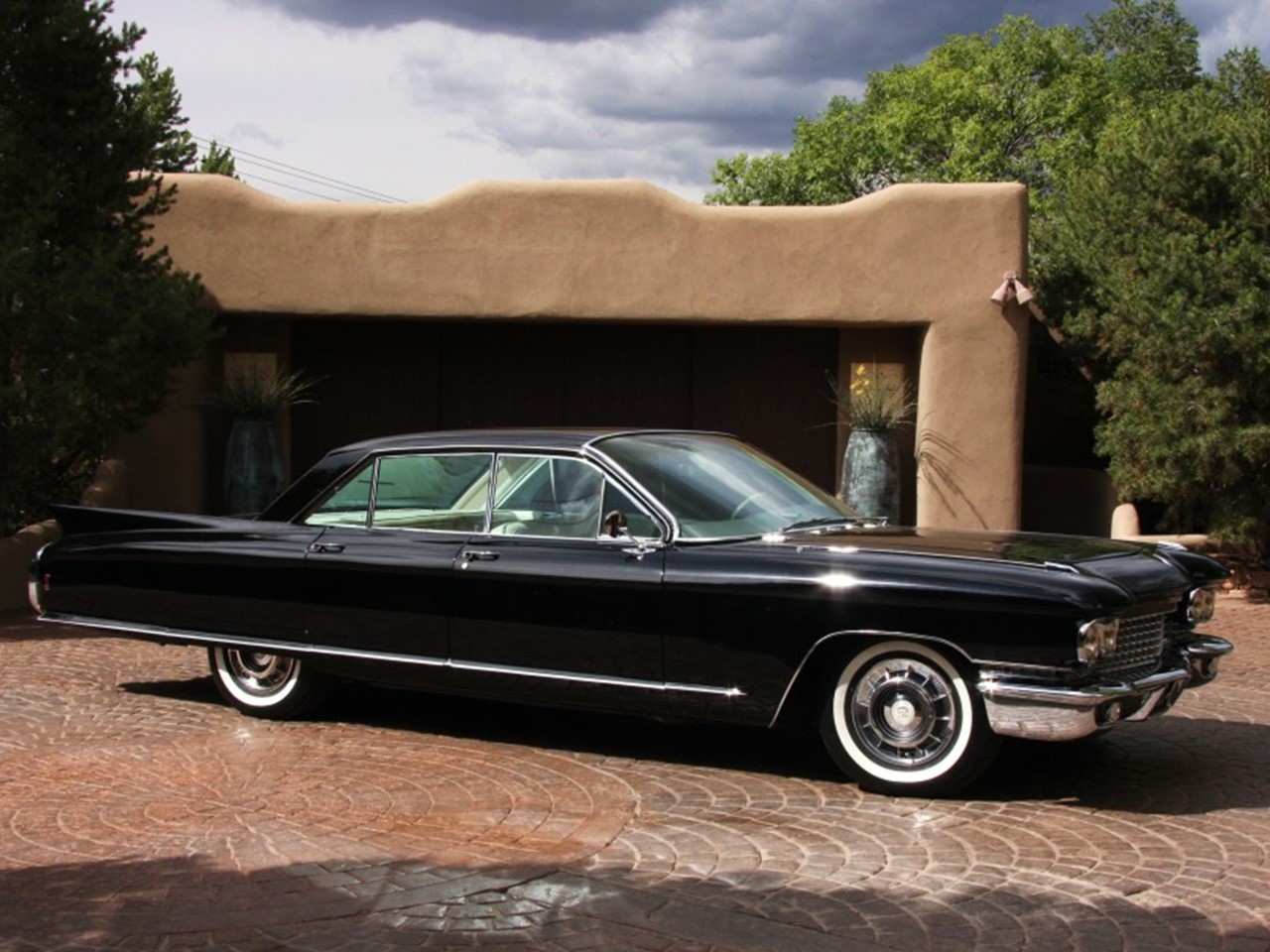 For more efficient hill climbing and descending, the right hand position is used to improve acceleration with the first, second, and third gears available. This selection is used to increase the engine braking effort when descending grades. Lo-range is available for driving in deep sand, mud, or snow. This range is also useful for very steep inclines where only first and second gears are required. The famous Hydra-Matic Drive is a highly efficient and reliable transmission…in fact, this was so reliable and efficient that Rolls Royce adapted it into their automobiles back in the day –

The famous Cadillac Red-Carpet ride was also the envy of the industry. The front suspension uses the traditional upper and lower control arms with spherical joints and helical coil springs. The rear suspension is the Cadillac 4-link drive with helical coil springs. The Eldorado Brougham came standard with air suspension. It is set up with individual air springs in rubber bags at each wheel that would automatically maintain the correct ride height for optimum performance and perfect poise regardless of load or road conditions.

The rubber bags were pressurized by an electric motor regulated by leveling valves. It also had manual height control to adjust for steep sloping driveways and inclines. Sadly, this idealistic system was unreliable and prone to fail at embarrassing times forcing the driver to “limp” into the dealership for repairs that did not last. The 1960 model year was the last time Cadillac used air suspensions. 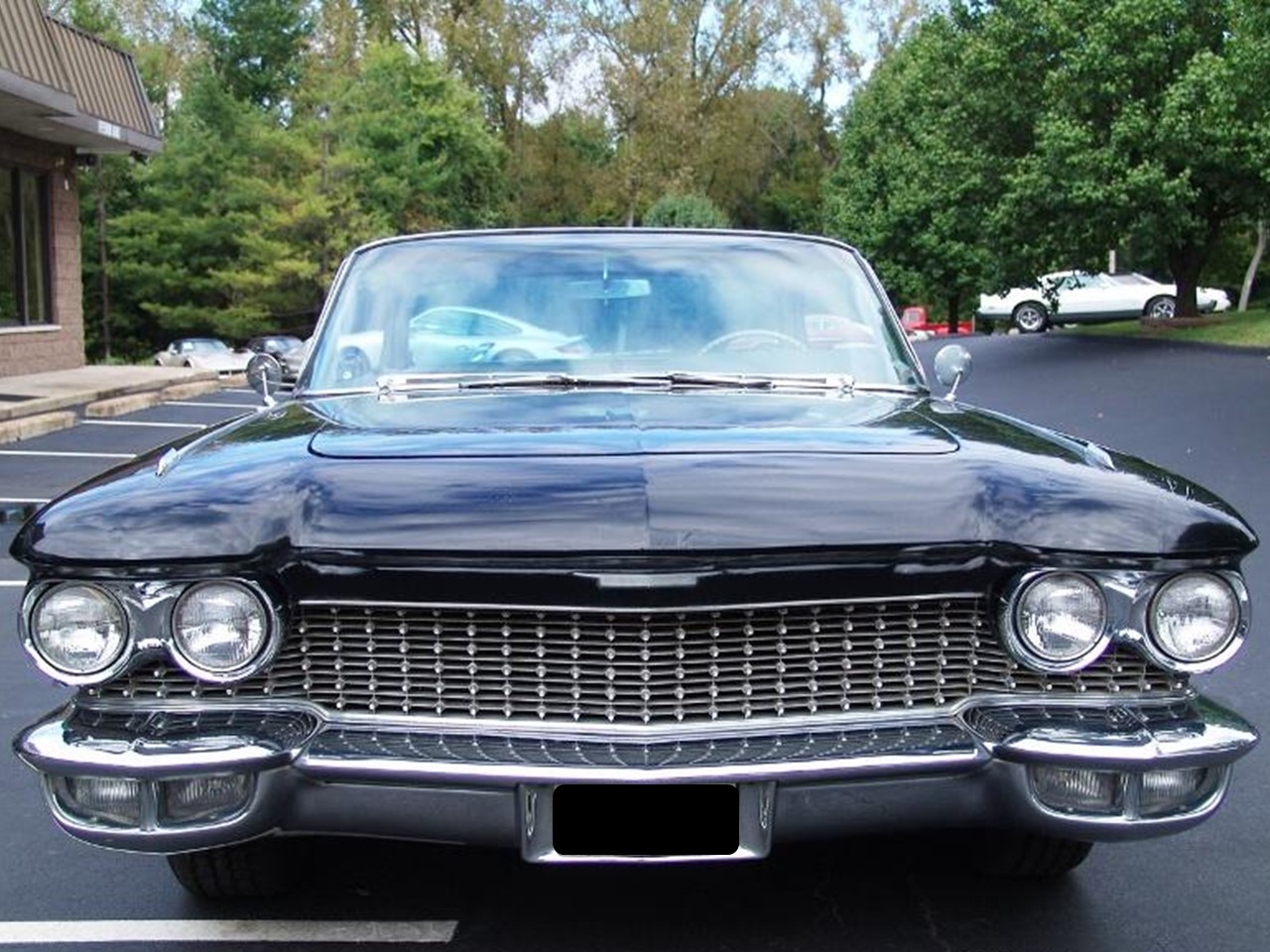 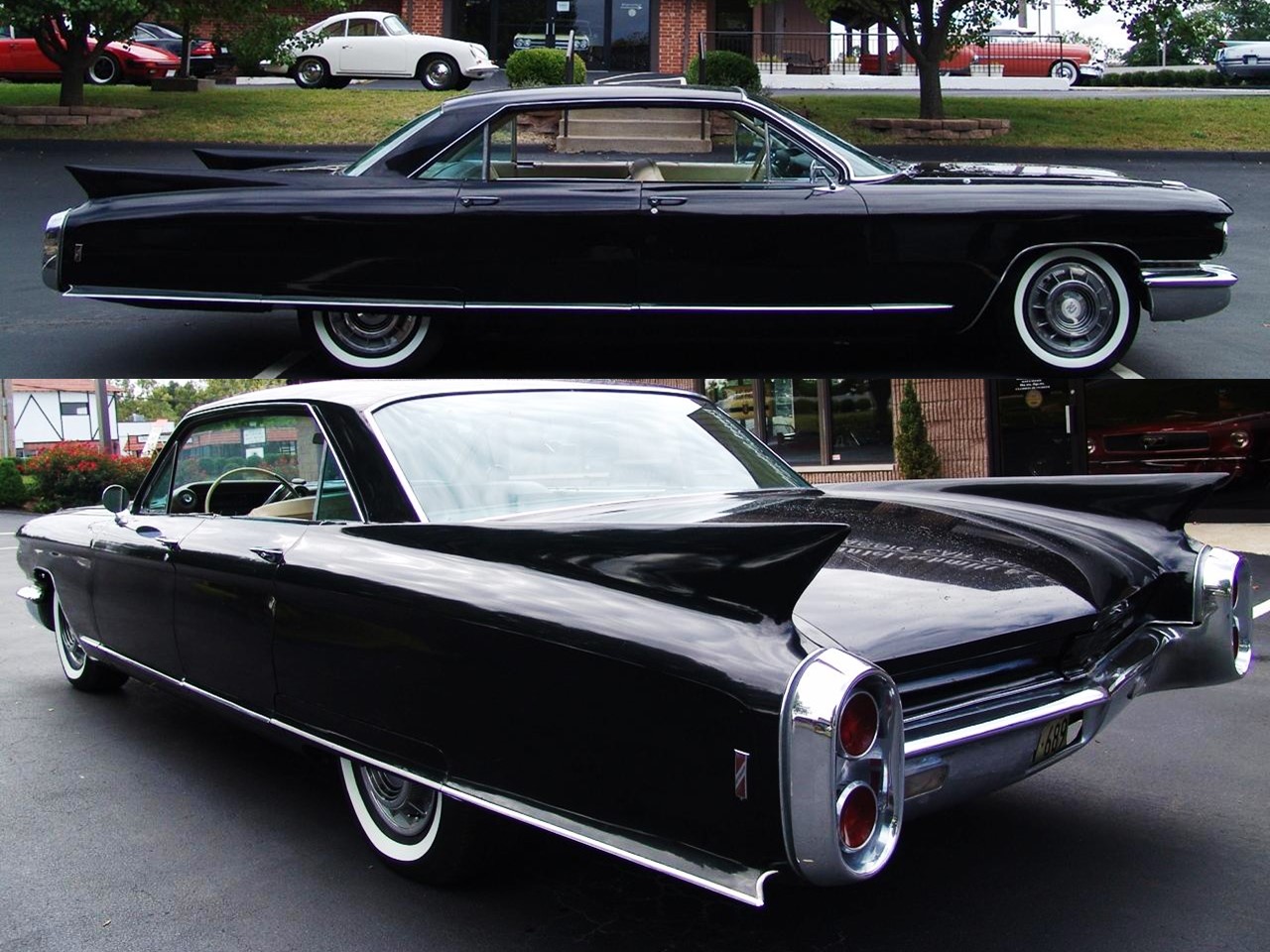 The Eldorado Broughams were more of an “image car” for General Motors. They are among the few Cadillac models that did not make a profit for the division. They are also the rarest of the rare Cadillac models with 400 built for the 1957 model year, 304 for 1958, 99 built for 1959, and 101 built for 1960. The 1957-1958 Detroit-built Eldorado Broughams are certified milestone vehicles by the Milestone Car Society which is dedicated to distinctive domestic and foreign motorcars built during the first two post-war decades. 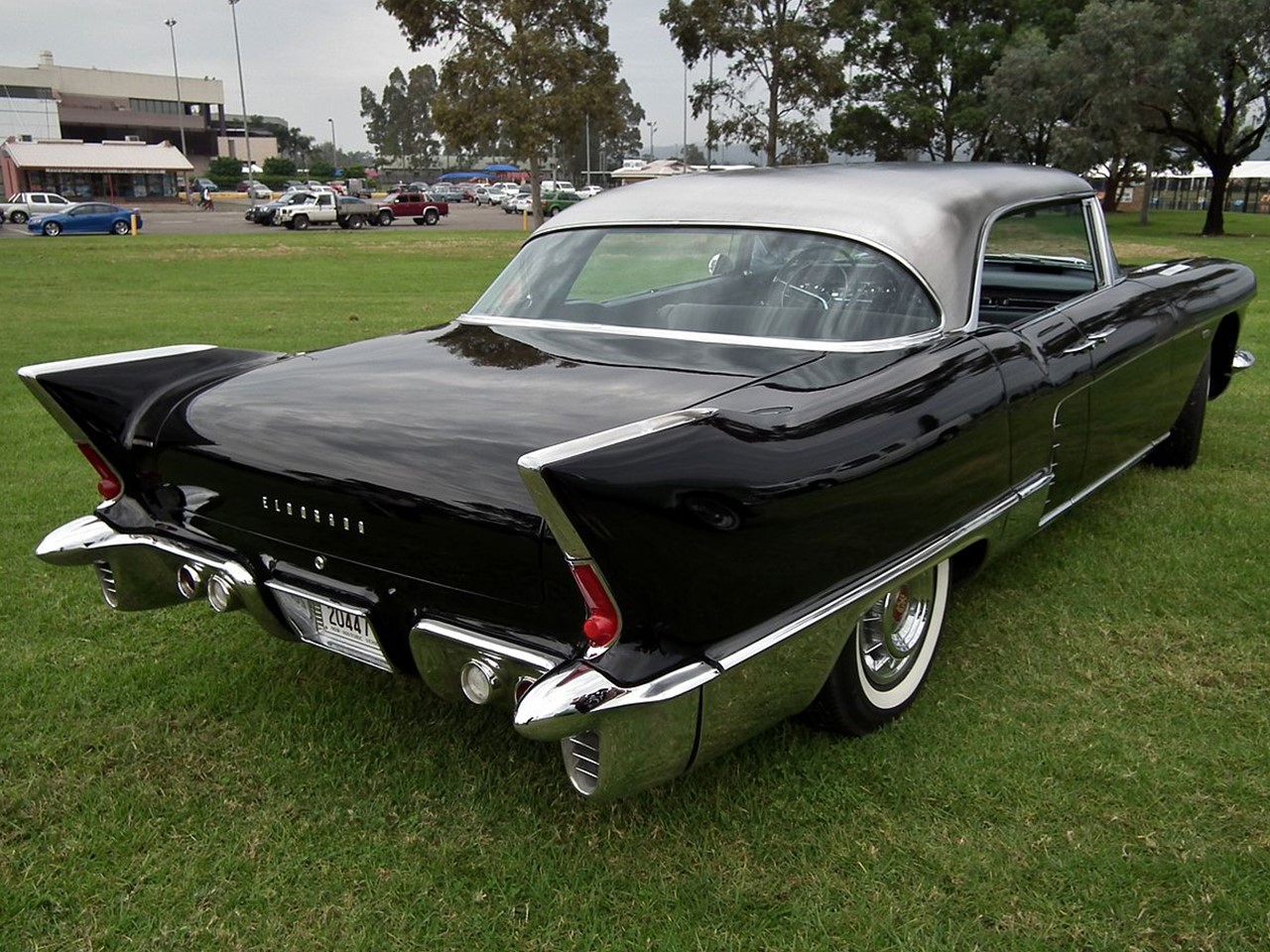 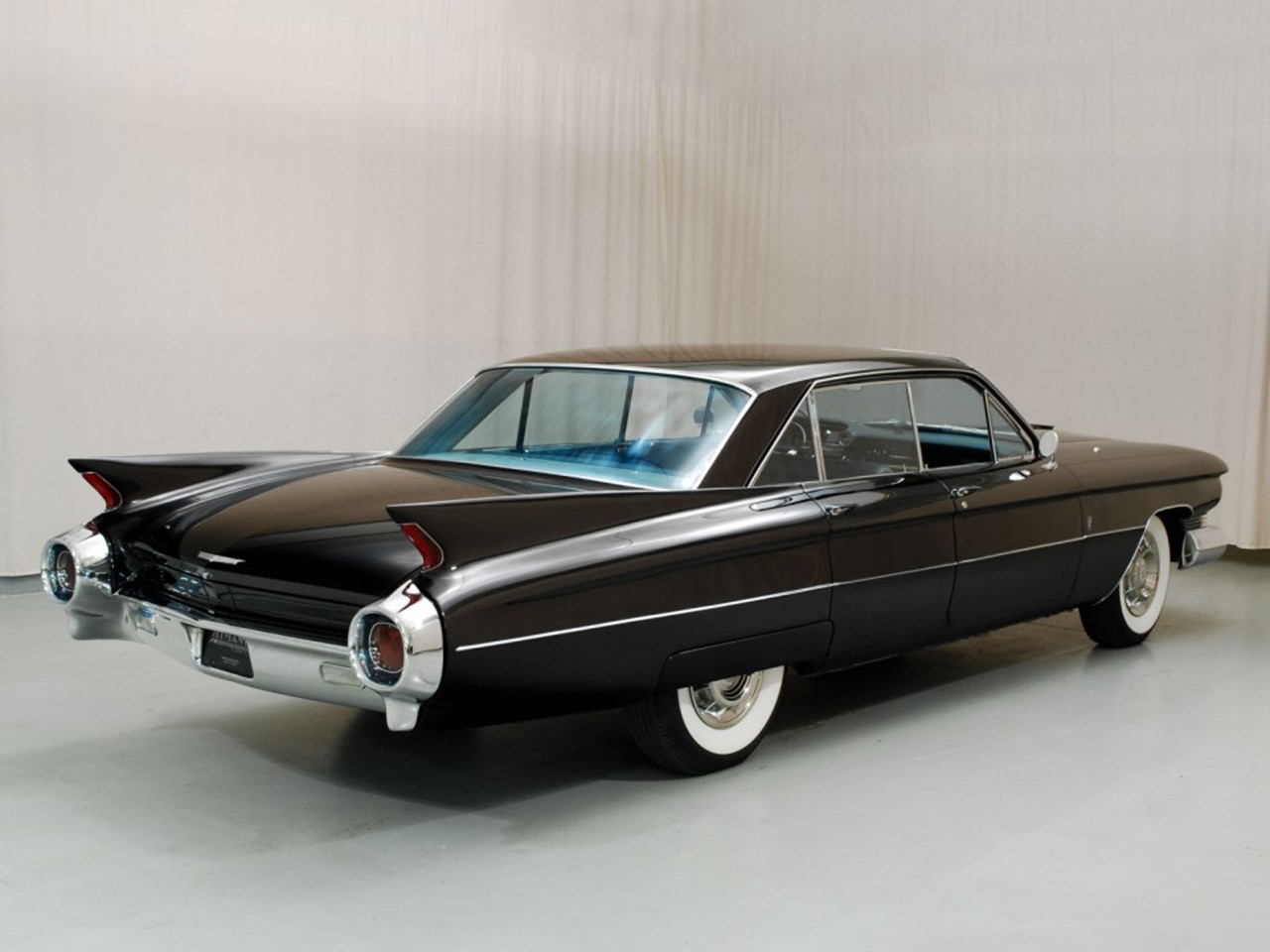 The 1959-1960 Eldorado Broughams were farmed out to Pininfarina of Italy which made them exotic as well as cost efficient to Cadillac. This move freed the Fleetwood assembly hall to build more of the Series Sixty-Special, Eldorado Biarritz, and Eldorado Seville models which outsold the Broughams. The 1959-1960 Italian-built models did not have the superior build quality of the Detroit-built models. They required a lot of extra hand finishing and electrical work by the Fleetwood division once the cars were returned to the USA.

They were more of a liability than an asset at the time. These cars have a charisma among collectors despite the issues they had. Ultra-luxury cars such as these are examples of American extravagance for the day. They epitomized the Cadillac brand with their coachbuilt enigma. The 1960 Eldorado Brougham leaves its indelible impression…in the continuing saga of “As the Standard of the World Turns.” 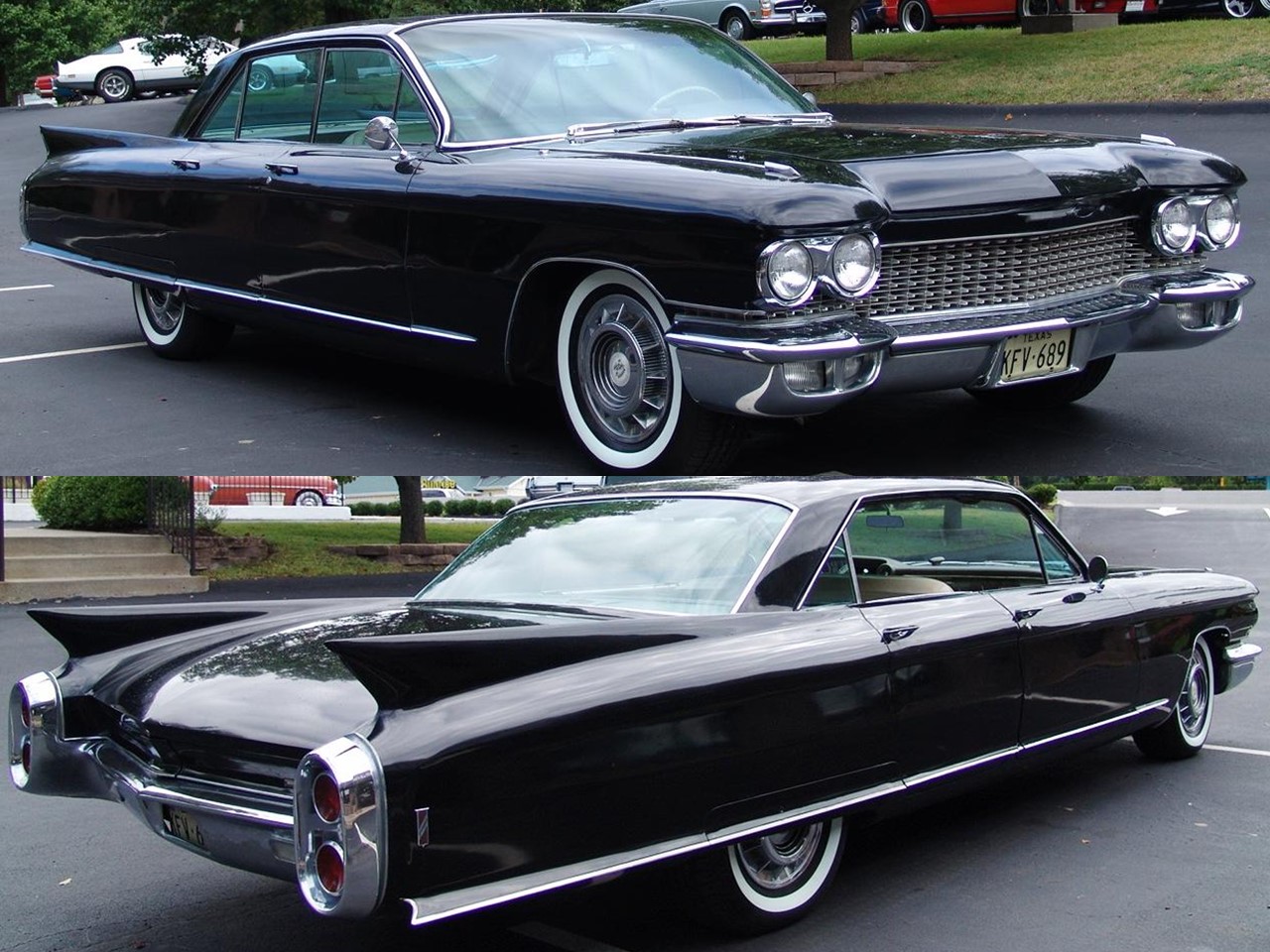 Welcome to Greg’s World of NotoriousLuxury © 2020