True…money cannot buy happiness…but it can buy an ultra-luxurious convertible like this to cruise right up and park beside it! The finale to the Rolls-Royce legend at Crewe is epitomized by the magnificent Corniche coachbuilt drophead coupé. No other open grand touring motorcar in the world shares the panache…and all the savoir-faire as the Rolls-Royce Corniche. There is no more impressive manner in which to arrive. It augments the poised dignity which is the hallmark of every Rolls-Royce motorcar.  Its power and prestige are exceeded only by its beauty.

The Corniche is the single most immediately identifiable Rolls-Royce in the history of the brand. It is also the last Rolls-Royce to motor out of the historic Crewe facility in the UK…it’s a true masterpiece from the master craftsmen. The Rolls-Royce Corniche established new standards of refinement…elegance…and sophistication, raising the bar of success to a higher level where few motorcars can compete. As a status symbol, there can be no more impressive introduction to your lifestyle. The Corniche is one of the most successful and longest running production series in Rolls-Royce history. 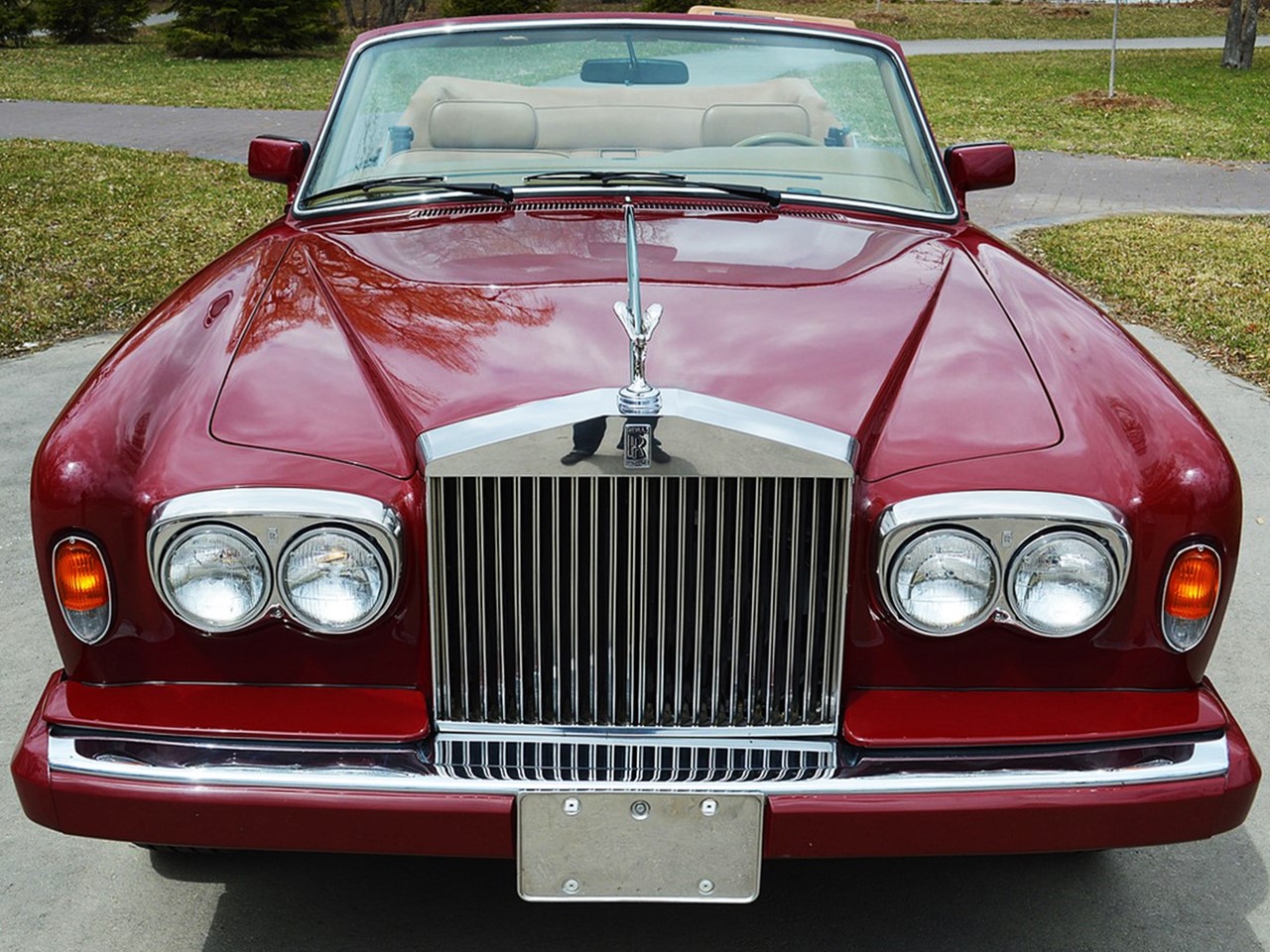 The elite sophistication of the Corniche makes it the most avant-garde series of all Rolls-Royce motorcars. Mulliner Park Ward Silver Shadow fixedhead and drophead two-door coupé models were renamed “Corniche” in 1971. It’s dramatic…it’s distinctive…it’s the definitive luxury coupé built in the European grand touring tradition. The Corniche is luxurious beyond description. This is one of the most significant models in Rolls-Royce history. The company was on the brink of financial disaster. The Corniche came to the rescue.

It was so popular, each subsequent model year had a waiting list. As soon as they were out of theatre the buyer could sell it for far more than they paid for it. Production for the fixedhead coupé ran until 1984 while the drophead coupé continued until 1995. The Corniche drophead coupé was revamped in 2000 as Series V and was the last Rolls-Royce to motor out of Crewe on August 30, 2002 precluding the illustrious heritage of this esteemed motorcar. The last Rolls-Royce Corniche was retained by Crewe for historic purposes. The Rolls-Royce Corniche is still the car of the rich and famous…its glamour never tarnished. It will always retain its exclusivity as the undisputed quintessential status symbol.

The Corniche is the celebrity among Rolls-Royce motorcars. There is a mystique with a two-door Rolls-Royce because they are completely hand-built at an extremely restricted pace. The expertise of Mulliner Park Ward was exemplified with the Corniche series I-IV. Mulliner Park Ward closed its doors at their Hythe Road location at Willesden, London UK in 1991. Production was relocated in-house to the Crewe facility.  It took anywhere from six to eight months to hand-build these ultra-exclusive motorcars. Mulliner remained at Crewe as the personal commissioning department for the new Bentley brand. They are no longer a bespoke coachbuilder. Mulliner is an exclusive trim level for Bentley motorcars.

The Rolls-Royce Corniche is completely bespoke in every aspect reflecting its owner’s requirements. It became an instant collectible the moment it left the assembly hall. No matter what year…either fixedhead or drophead coupé…the exotic Rolls-Royce Corniche will always be the absolute pinnacle of luxury and elegance. The Corniche is the essence of Rolls-Royce. “The quality will remain long after the price has been forgotten” is the famous marketing slogan and is never more apparent than with the formidable Rolls-Royce Corniche – 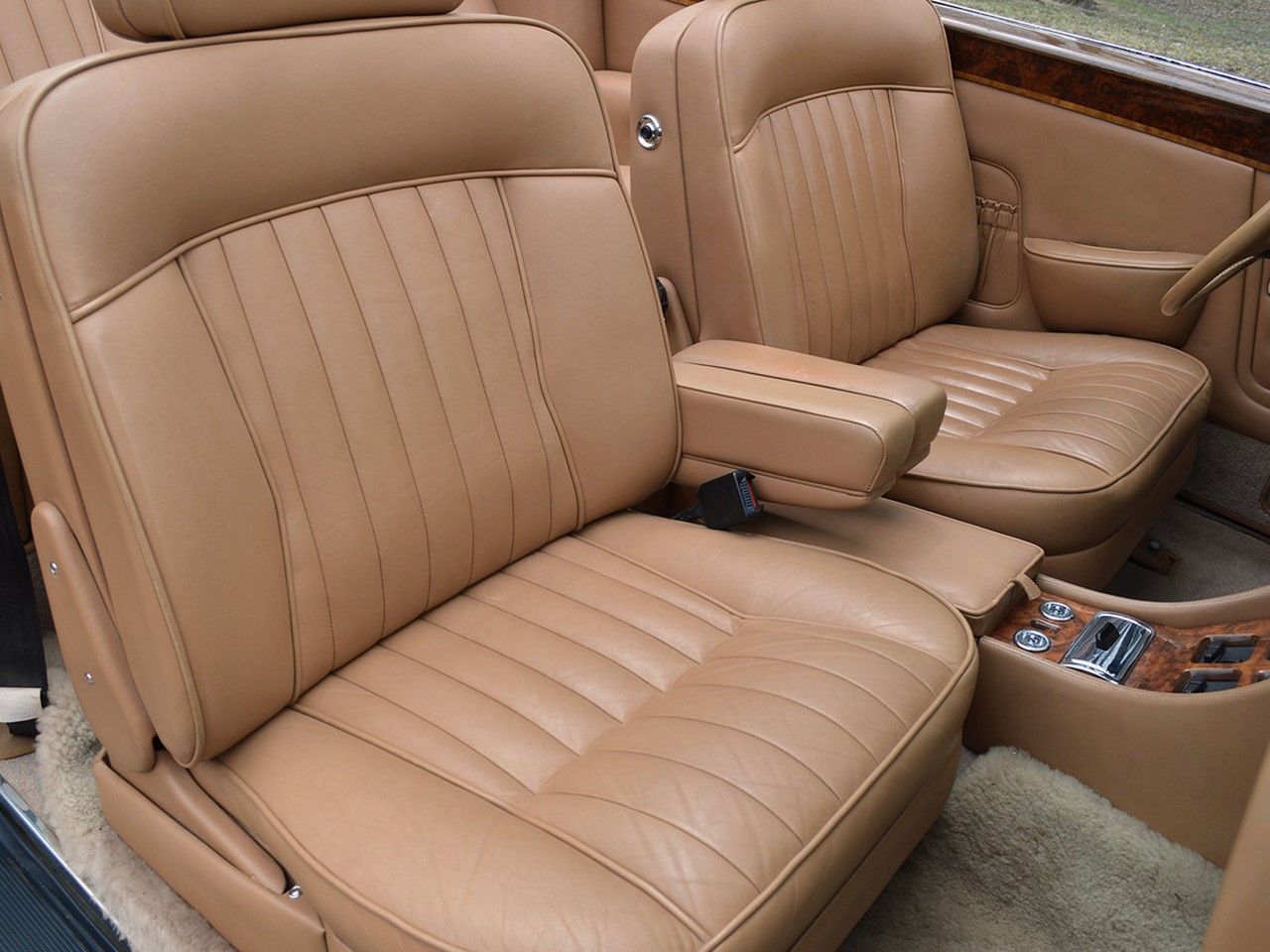 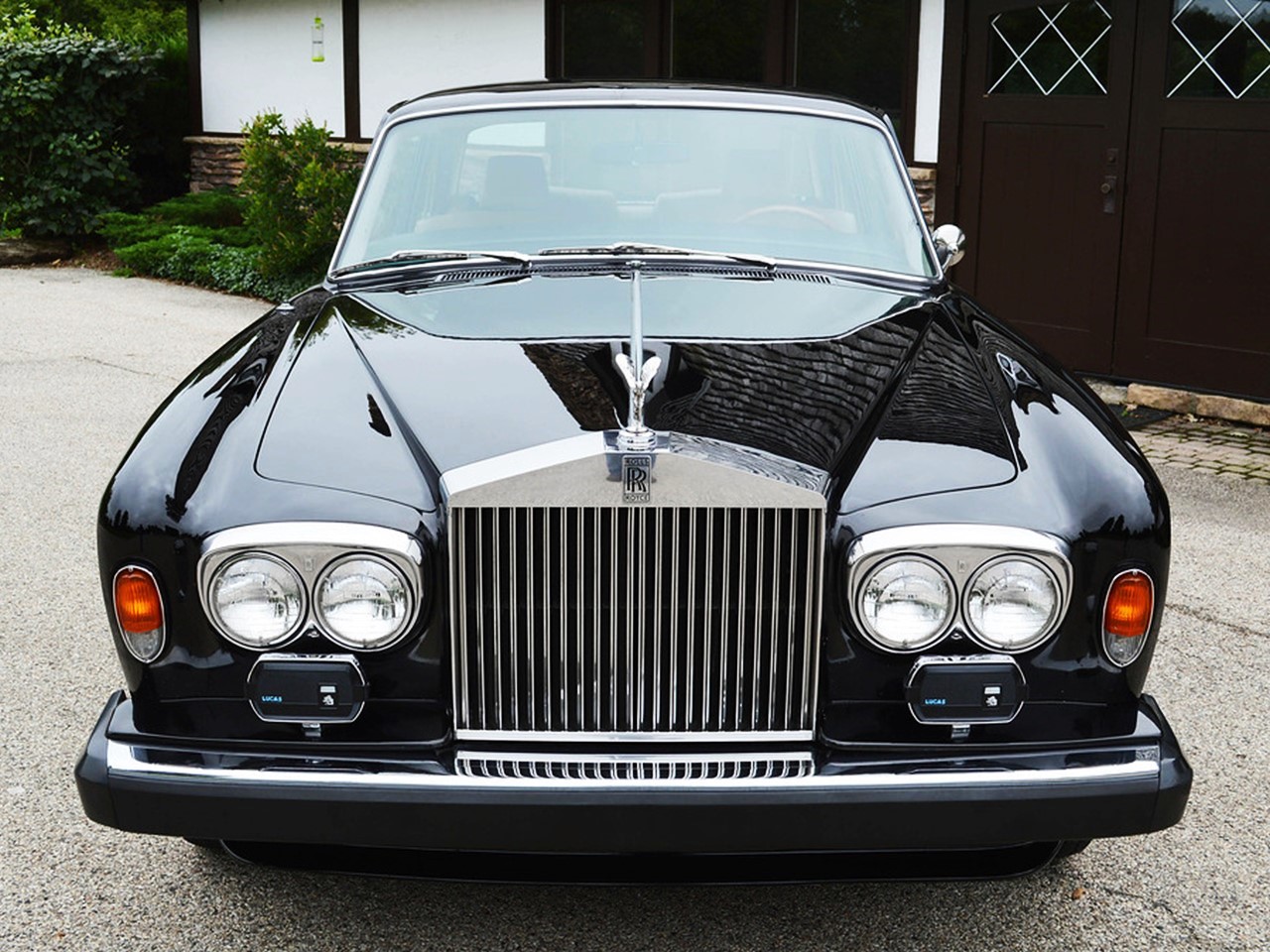 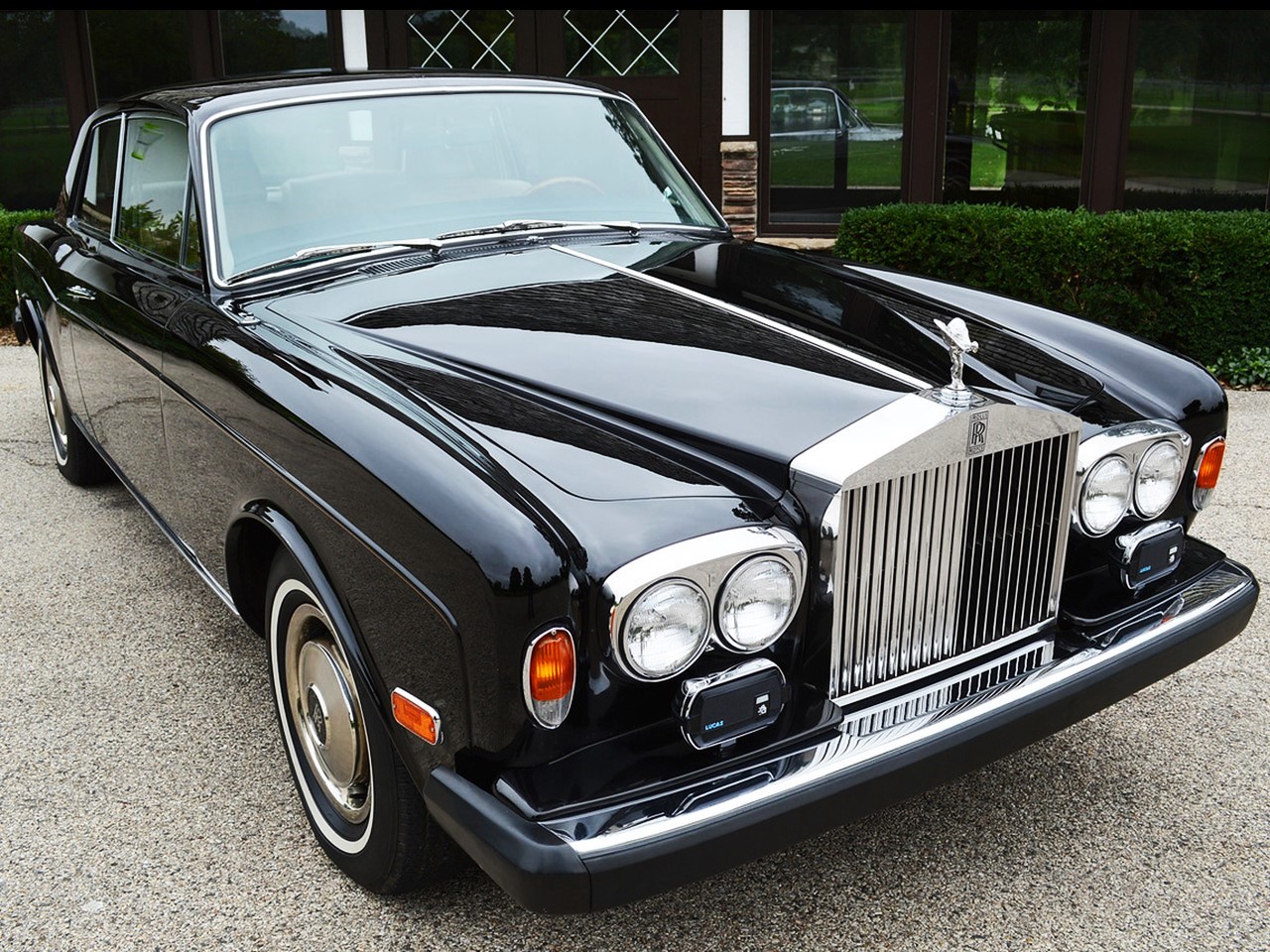 A Corniche is a unique fusion of coachbuilt elegance and an individual hallmark of Rolls-Royce quality with the emphasis on superb distinction. The artisans at Crewe are renowned for extraordinary handcrafting. This is evident in the fit and finish. For example…every body seam is invisible, panels are lined up meticulously…every shut line is as perfect as possible.

No shortcuts are taken – in the production of a Rolls-Royce motorcar, there is no room for compromise. Craftsmanship is the operative word that best sums up the ultimate embellishment of British coachcrafting. This is why every Rolls-Royce is a virtual masterpiece which grows in loveliness and value – 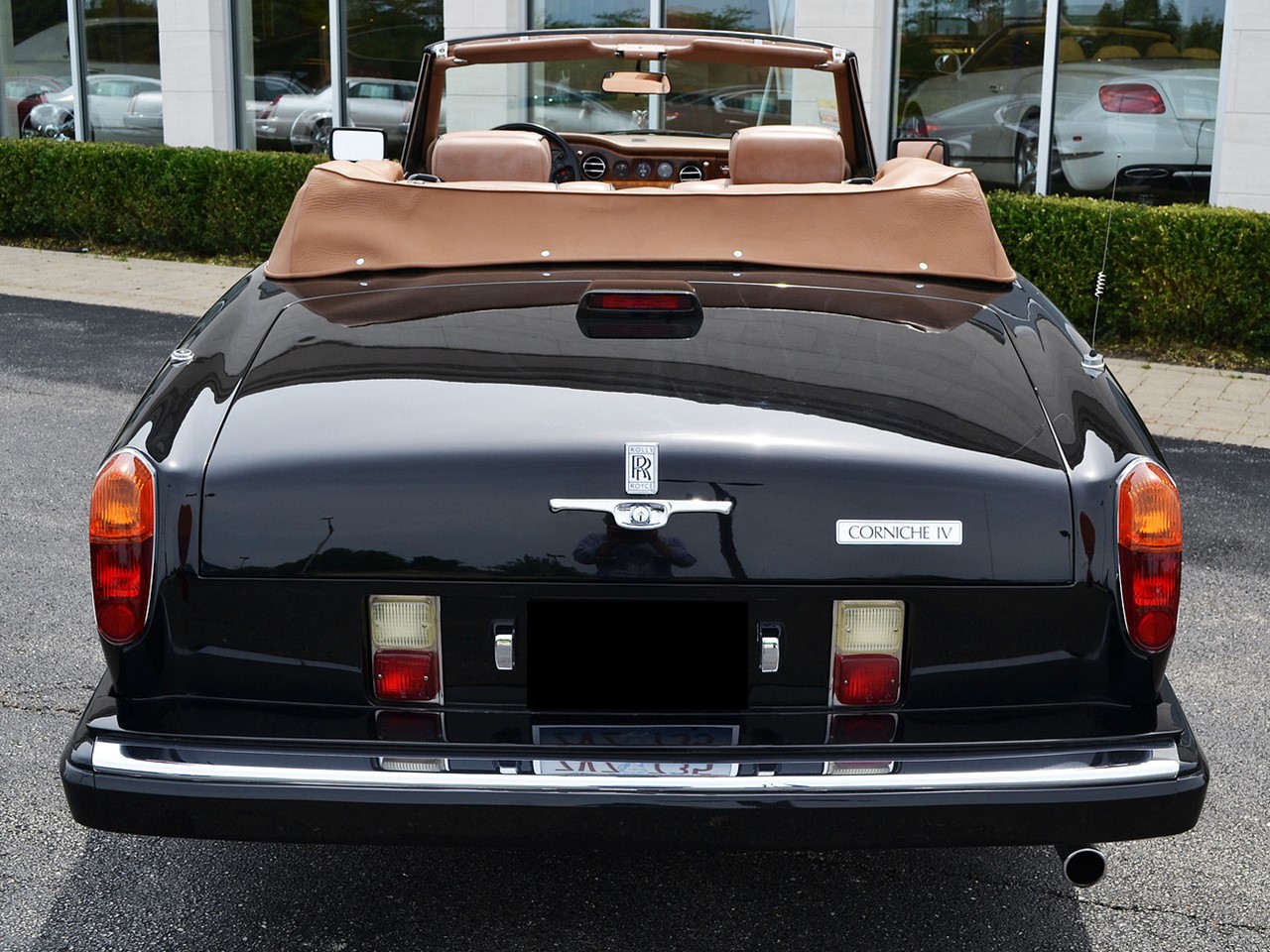 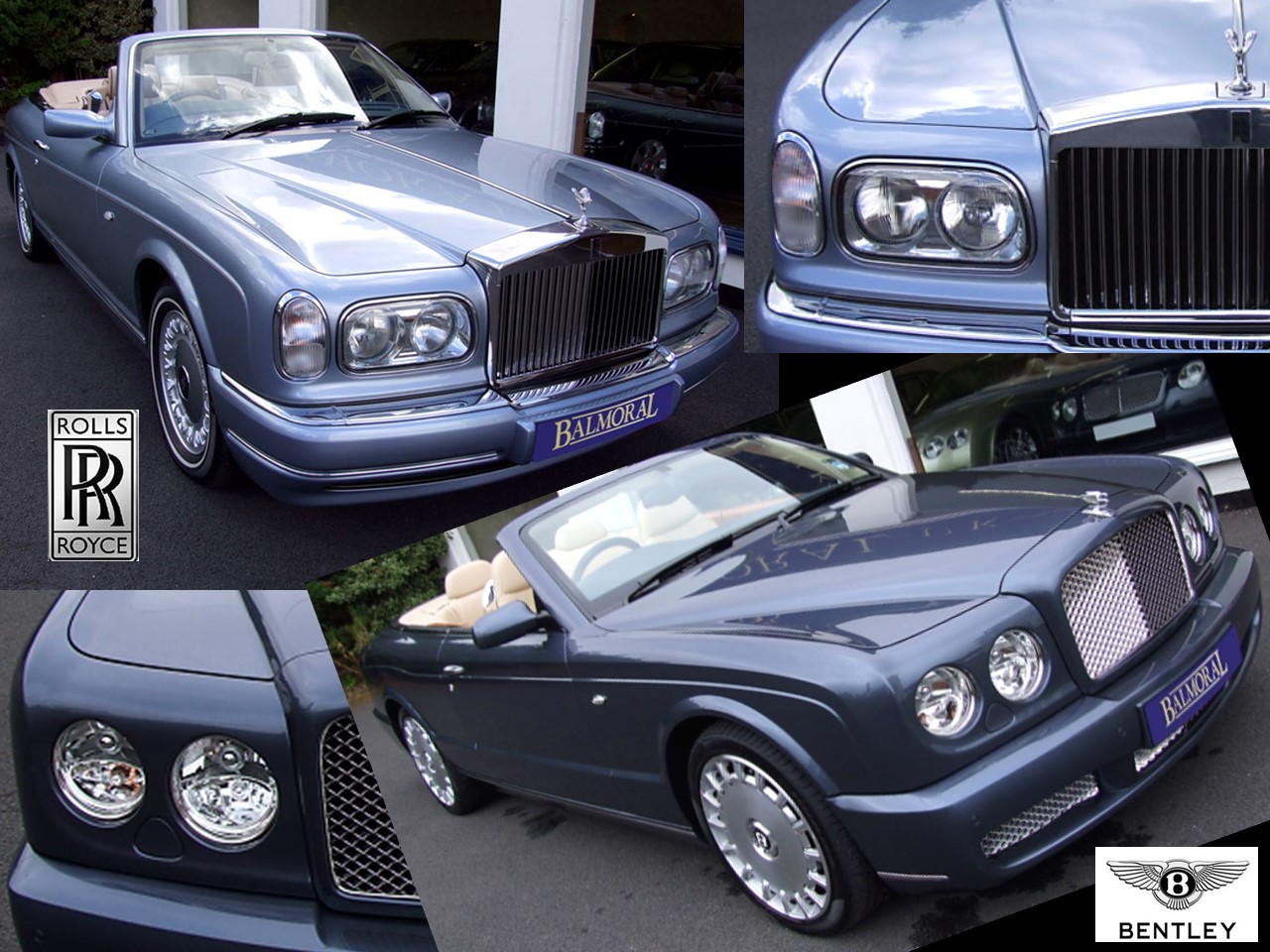 The Bentley Azure provides the basic structure. The body design was ideal to accept the extra torque from the turbocharged V8 engine. The Corniche V, as with all open tourers, is built with a lower center of gravity which is very important to a topless automobile. Integral rigidity is paramount for safety. 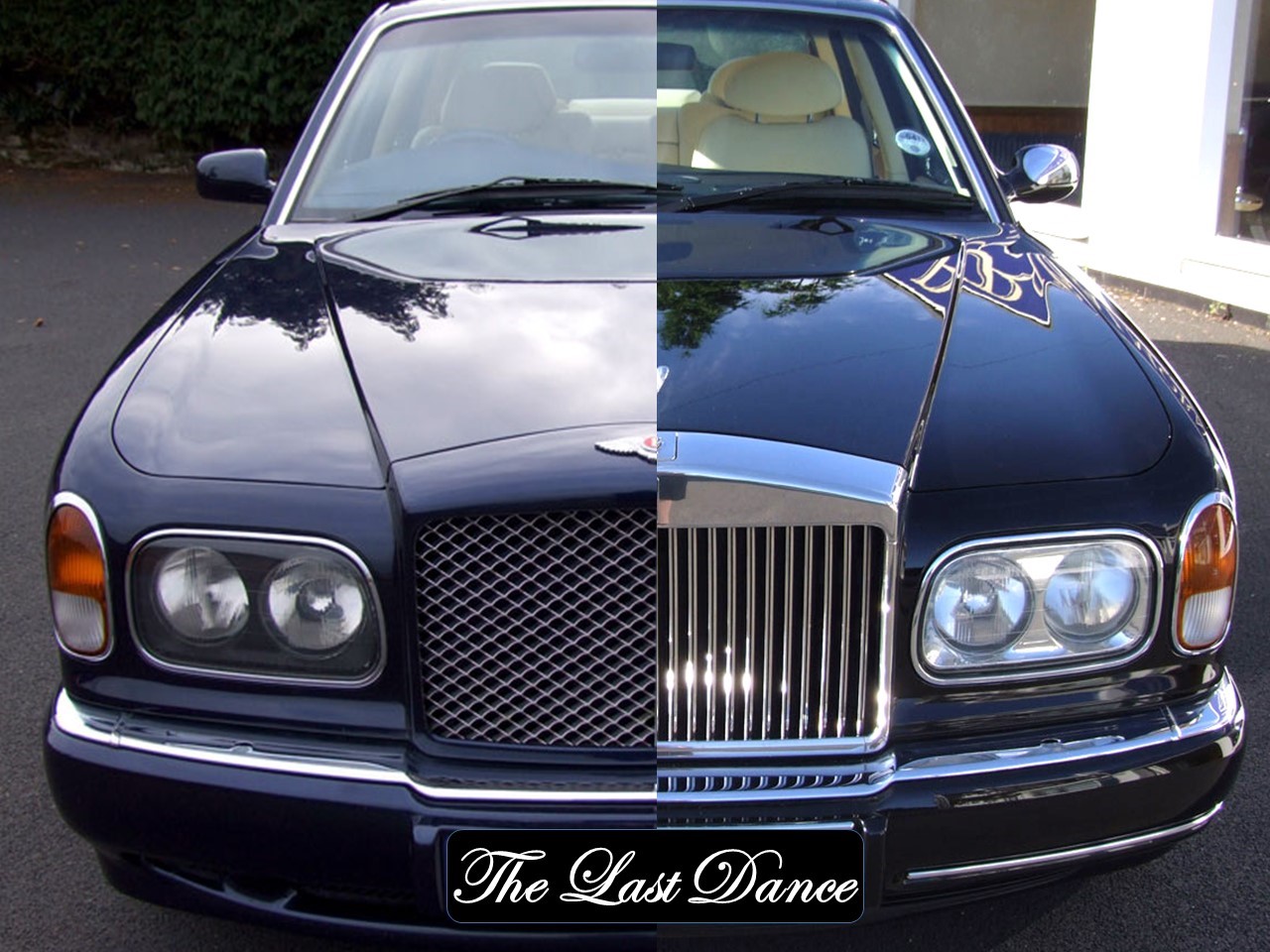 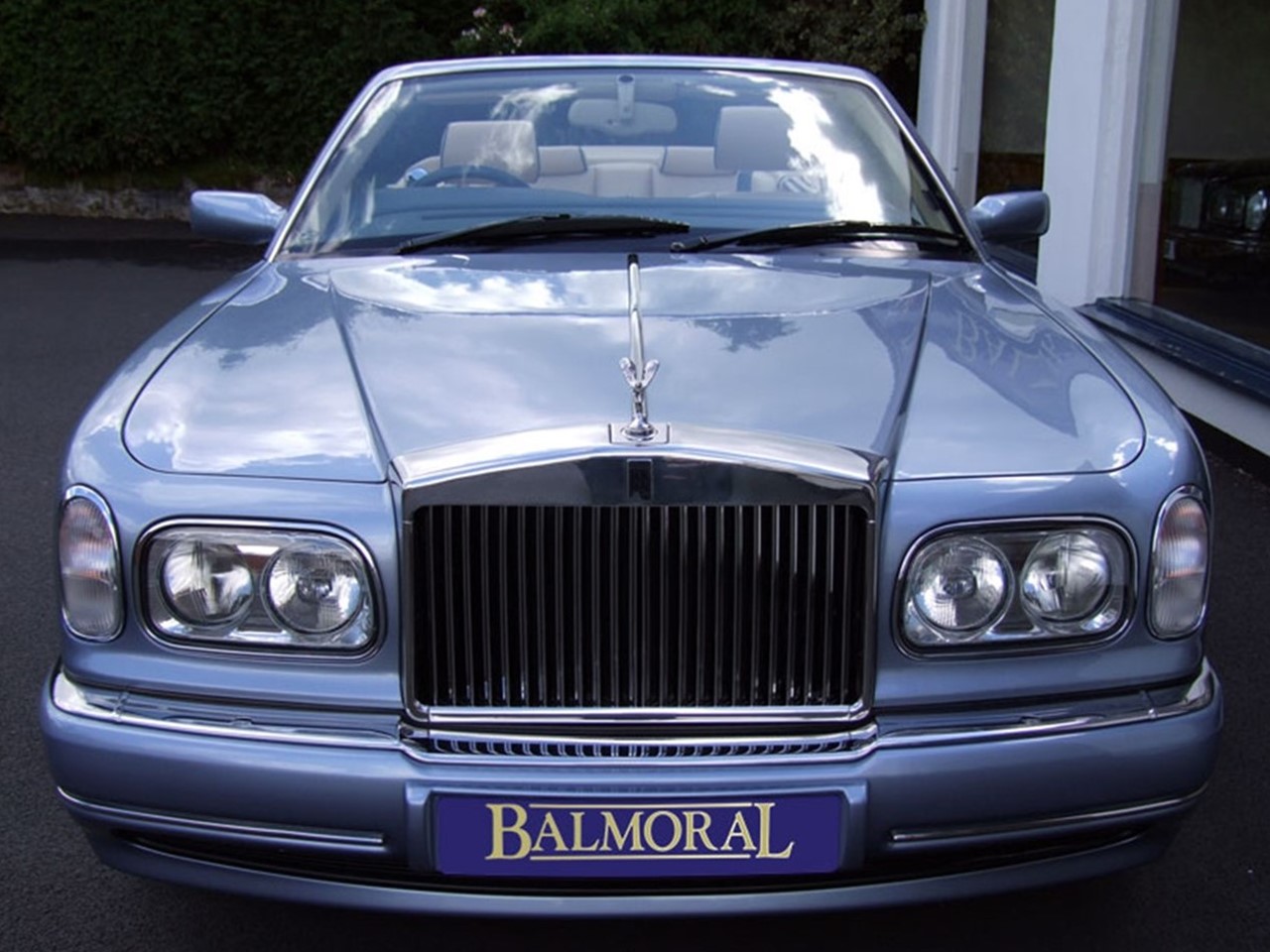 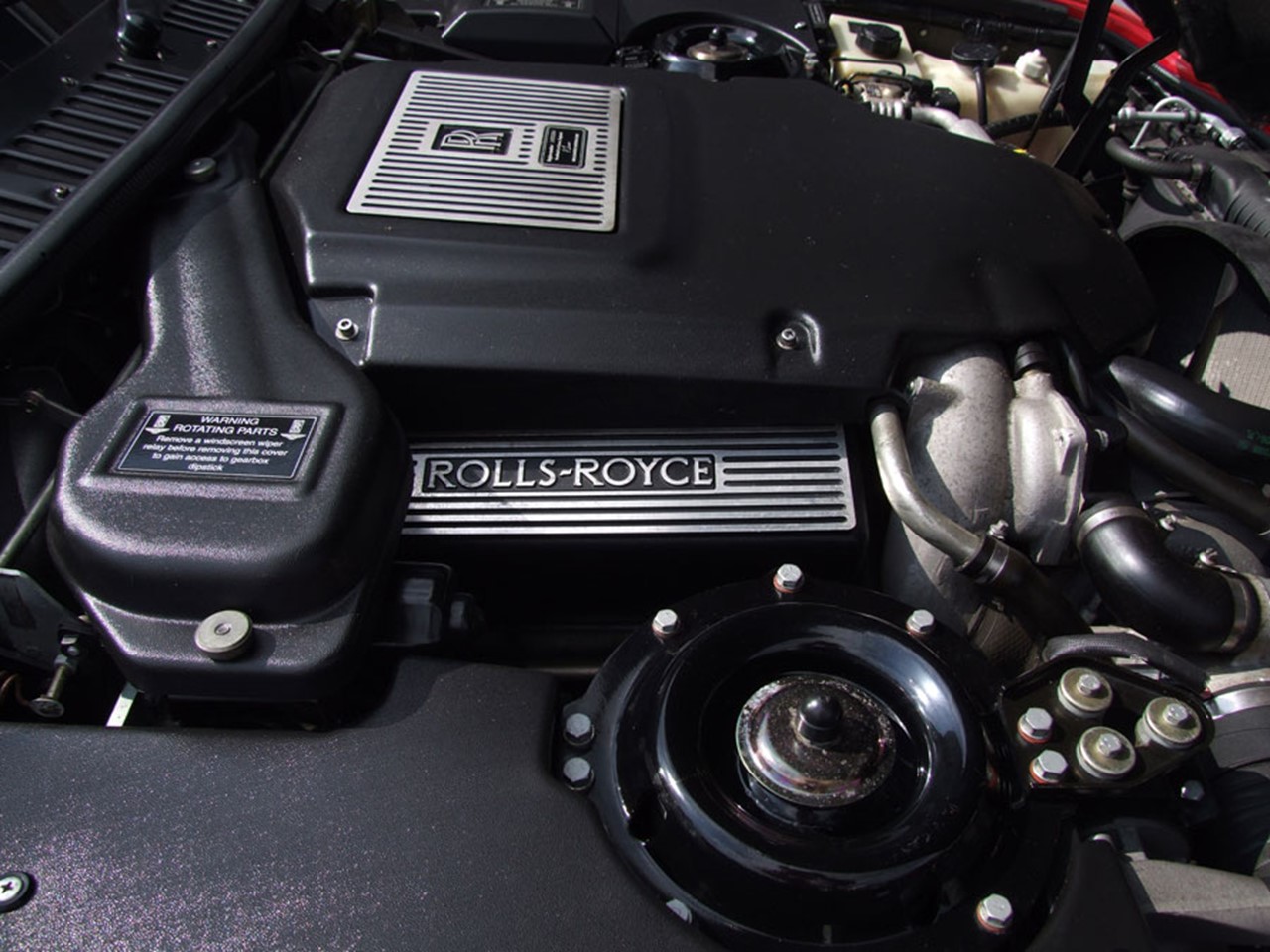 The front engine rear-wheel drive Corniche V delivers spirited performance. This elegant machine is powered by the legendary Rolls-Royce 6.75 litre 16-valve 412 CID turbocharged alloy pushrod V8. The engine is mated to a GM 4-speed automatic transmission with electric gear selection. Its silky-smooth operation has completely imperceptible gear changes. It is equipped with a digital engine management system with electronic port fuel injection. Tap the accelerator pedal to discover, this is more than just a pretty car.

The engine cranks out 325 hp @ 4,000 rpm packing a prolific punch with an astounding 738 Nm of peak torque @ 2,300 rpm. Longitudinal acceleration is rated as 0-60 mph in just 8 seconds, 0-100 mph in 22 seconds with a top speed in the 133-135 mph range. These figures are exceptional considering how heavy the Corniche V is…after all, it is built for luxury not drag racing. How could you show off your classy Corniche convertible at speeds exceeding 200 mph anyway? I’ll put it this way…it would take a dangerously high dose of Xanax not to enjoy the exhilarating open air performance of the Corniche V. It is the ultimate European open grand tourer.

The Corniche V is exquisitely handcrafted in the grand Roll Royce tradition. The sumptuously upholstered cabin is the stuff dreams are made of. A Rolls-Royce interior could be compared to a mobile version of a guest suite at the Ritz-Carlton…the Corniche V is no exception. The leather is hand-cut, hand-stitched, and hand-fitted by Connolly Brothers. The Corniche V is one of the last automobiles to benefit the TLC by this eminent leather crafter.  Connolly Brothers were in business from 1878 until the company ceased operations in 2002.

The lounge-style seats are fluted and contoured to cradle the body comfortably. Luxurious handcrafted burr walnut veneers and plush Wilton 100% wool carpets adds an air of exclusivity. Classic luxury touches include organ-stop ventilation controls, chrome plated accents, and analog instrumentation. Everything in the Corniche V is power assisted…all one has to do is steer and operate the pedals. 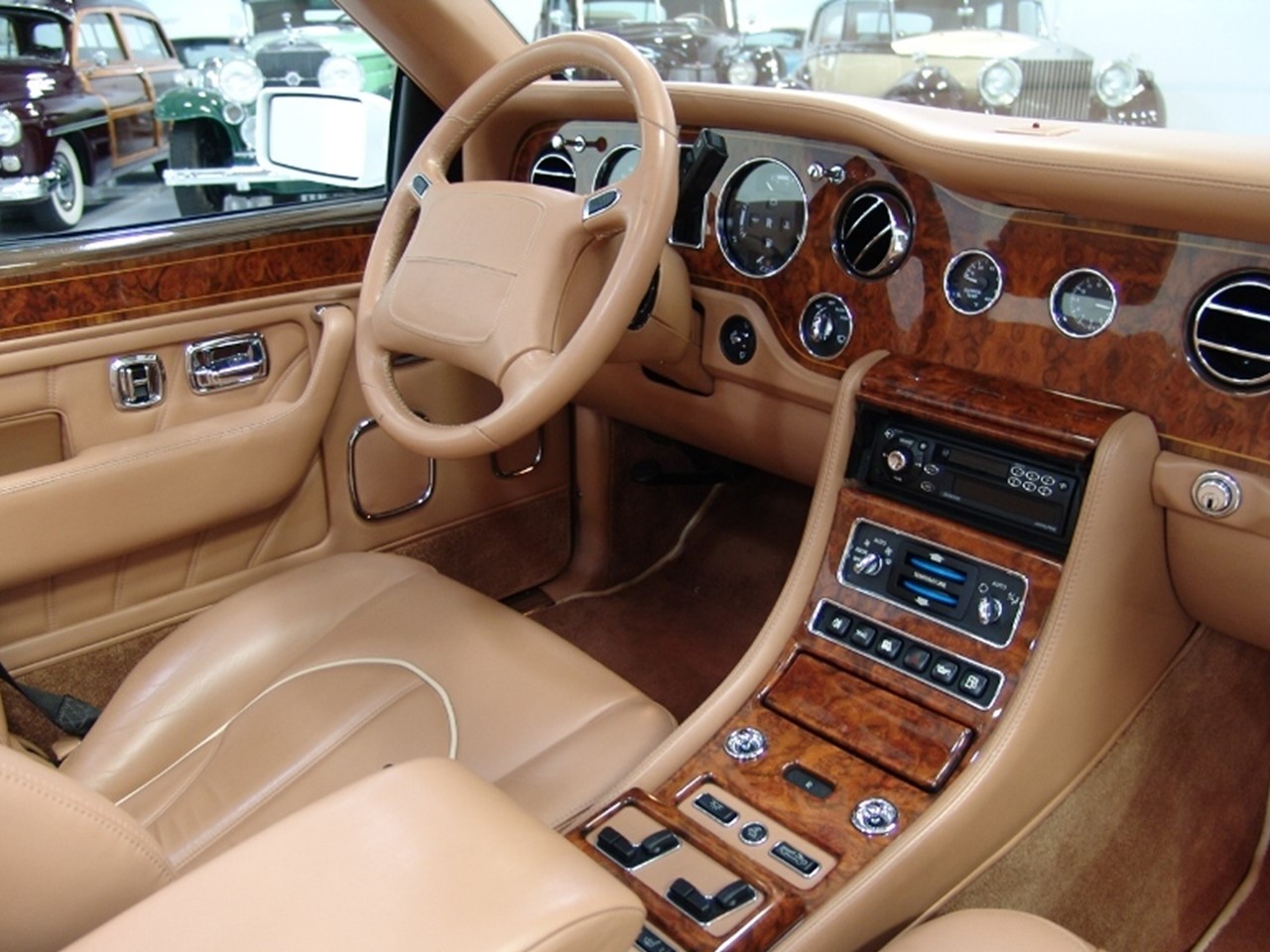 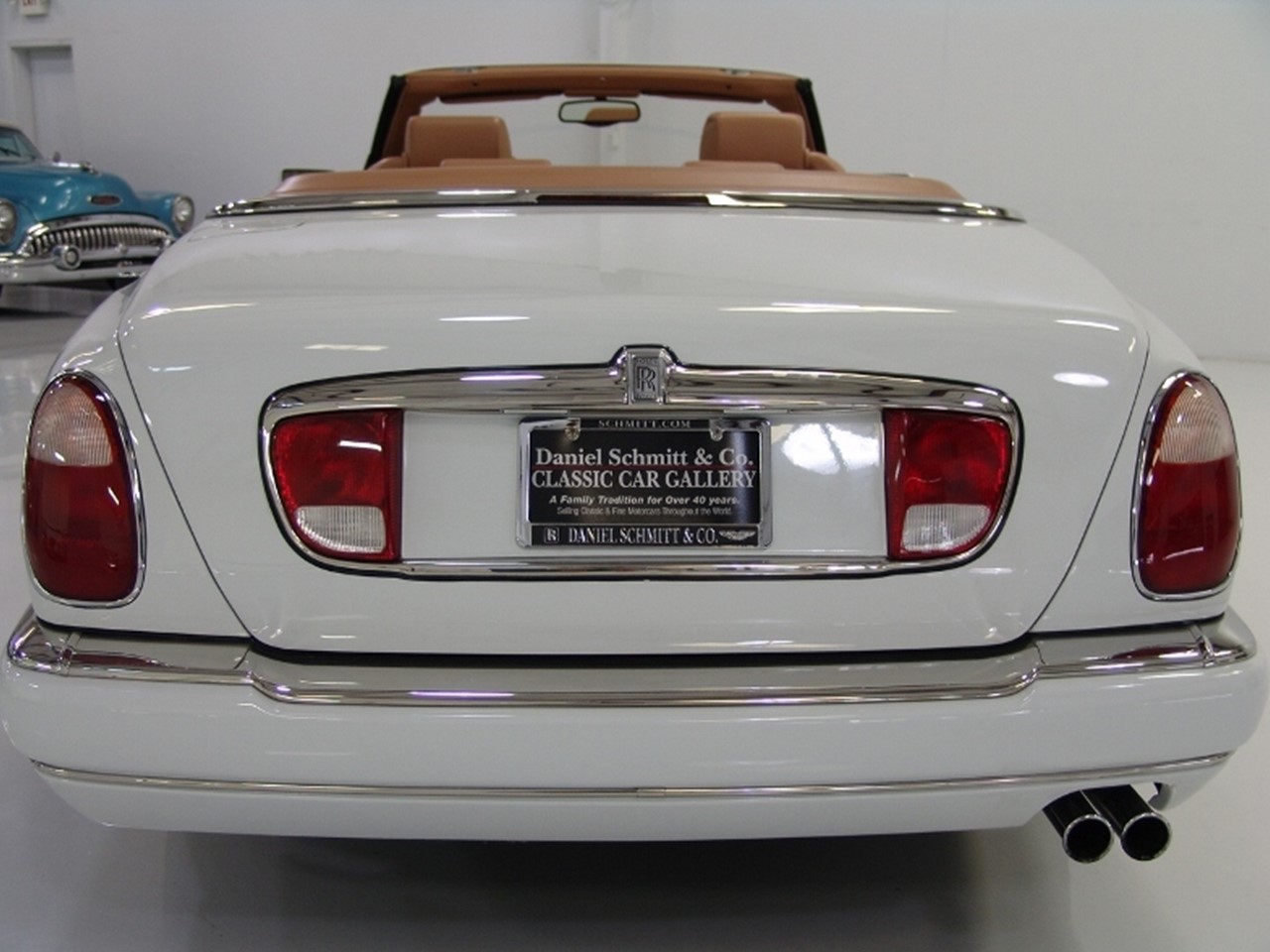 The power, fully automatic folding fabric roof stows inward in its own locker to create a trim appearance. The roof in the raised position resembles a hardtop coupé inside. A wool headliner conceals all hardware and insulation. The top opens and closes swiftly at the touch of a button with no intervention required. 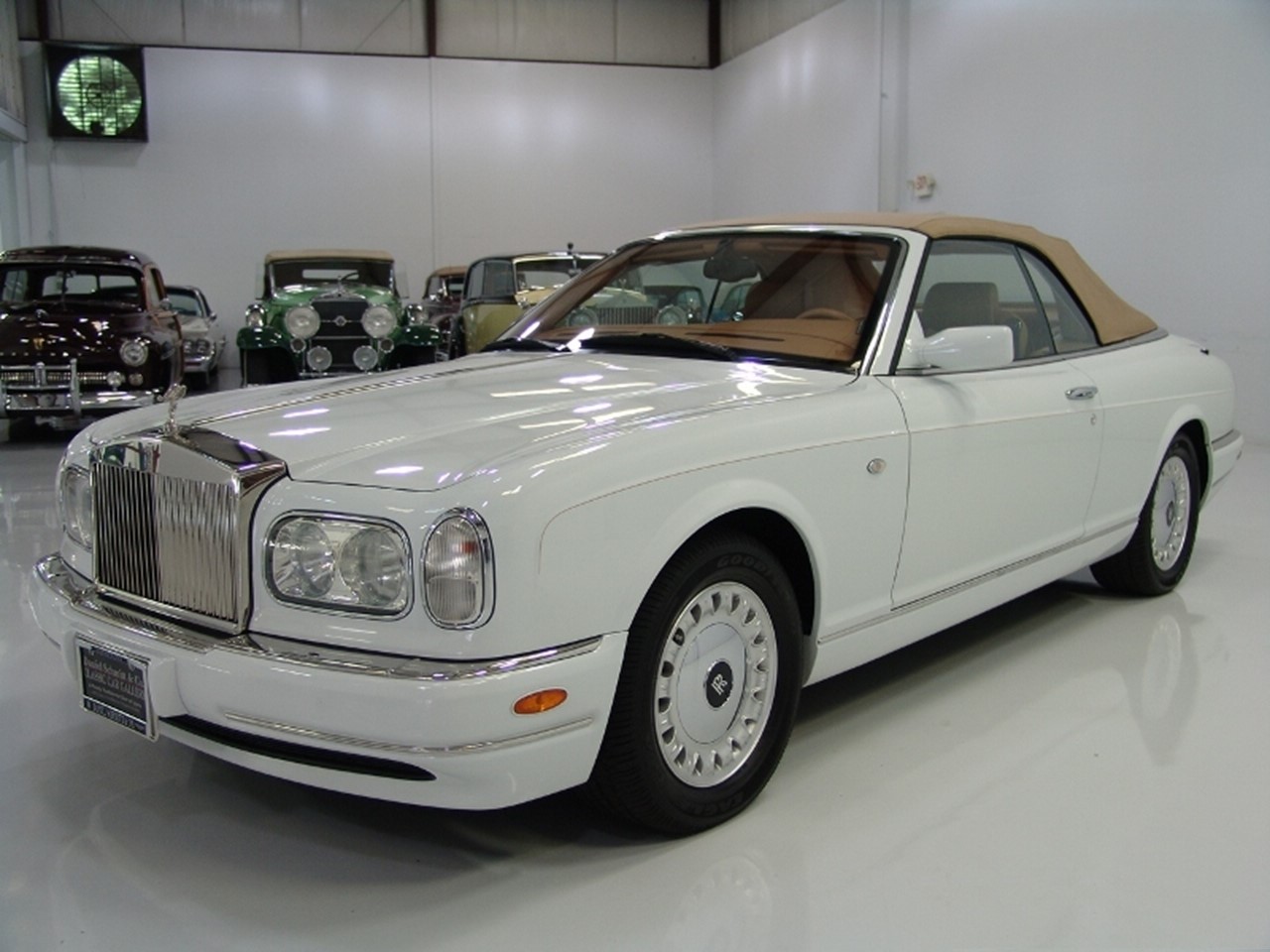 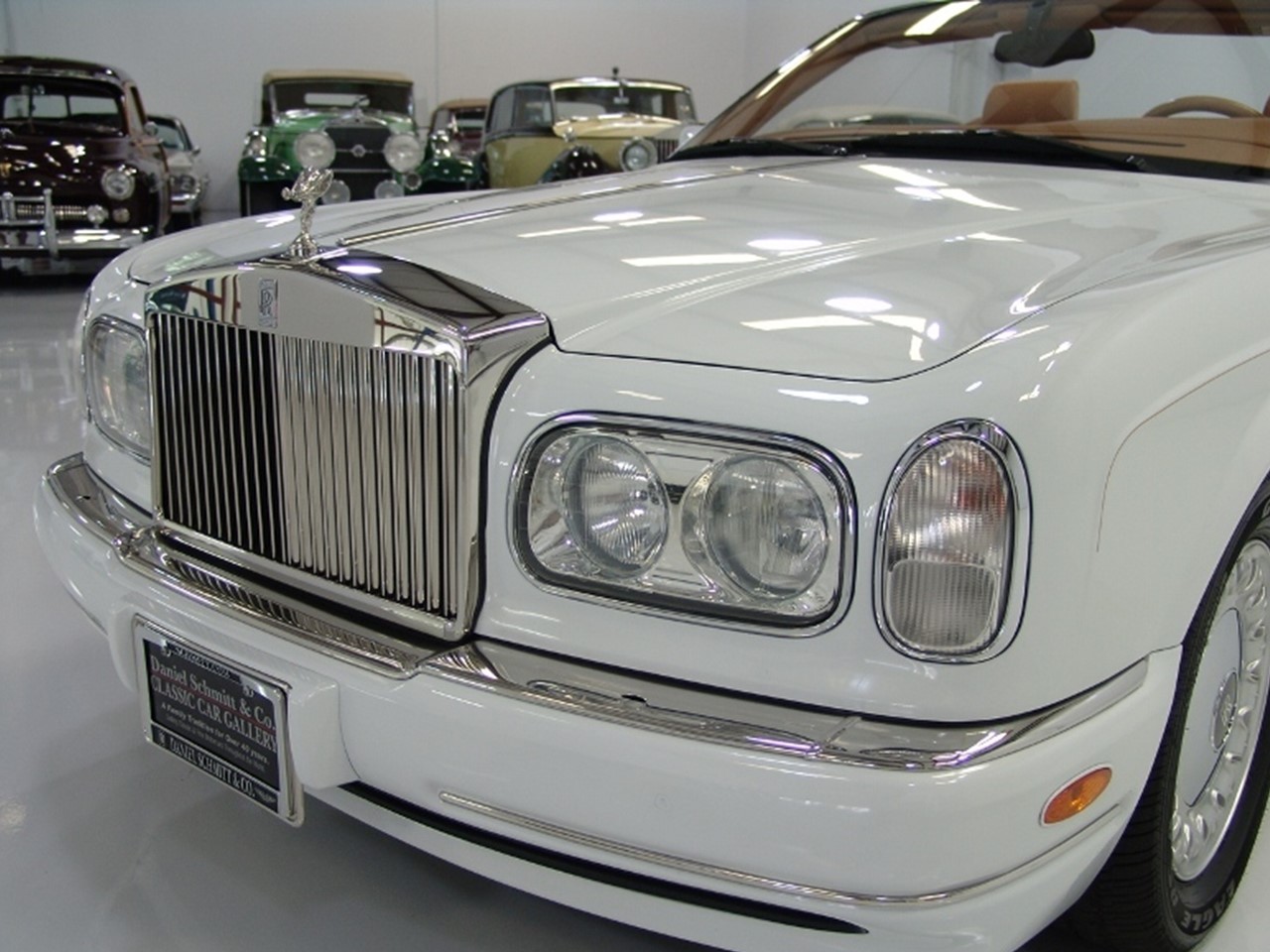 If you have ever driven a Rolls-Royce, or just as a passenger…you immediately notice that this is no ordinary automobile. It’s unlike any motorcar you have ever experienced. The Spirit of Ecstasy out in front of you completes the sensation of soaring…gliding effortlessly. Boulevard travel intrusion is negligible. The Corniche V negotiates the pavement with a uniquely regal authority. The road management system includes a four-wheel independent suspension with adaptive ride control. 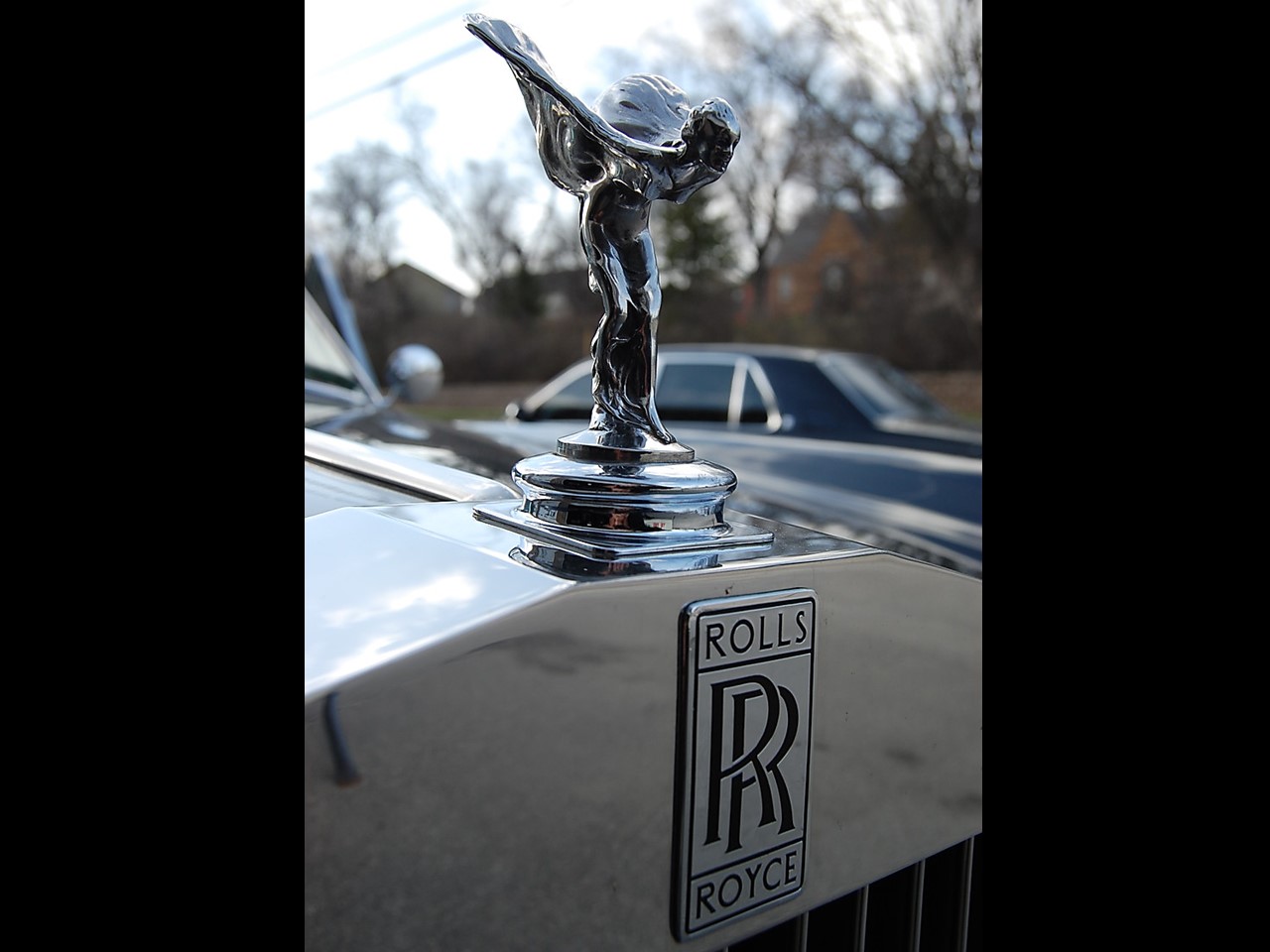 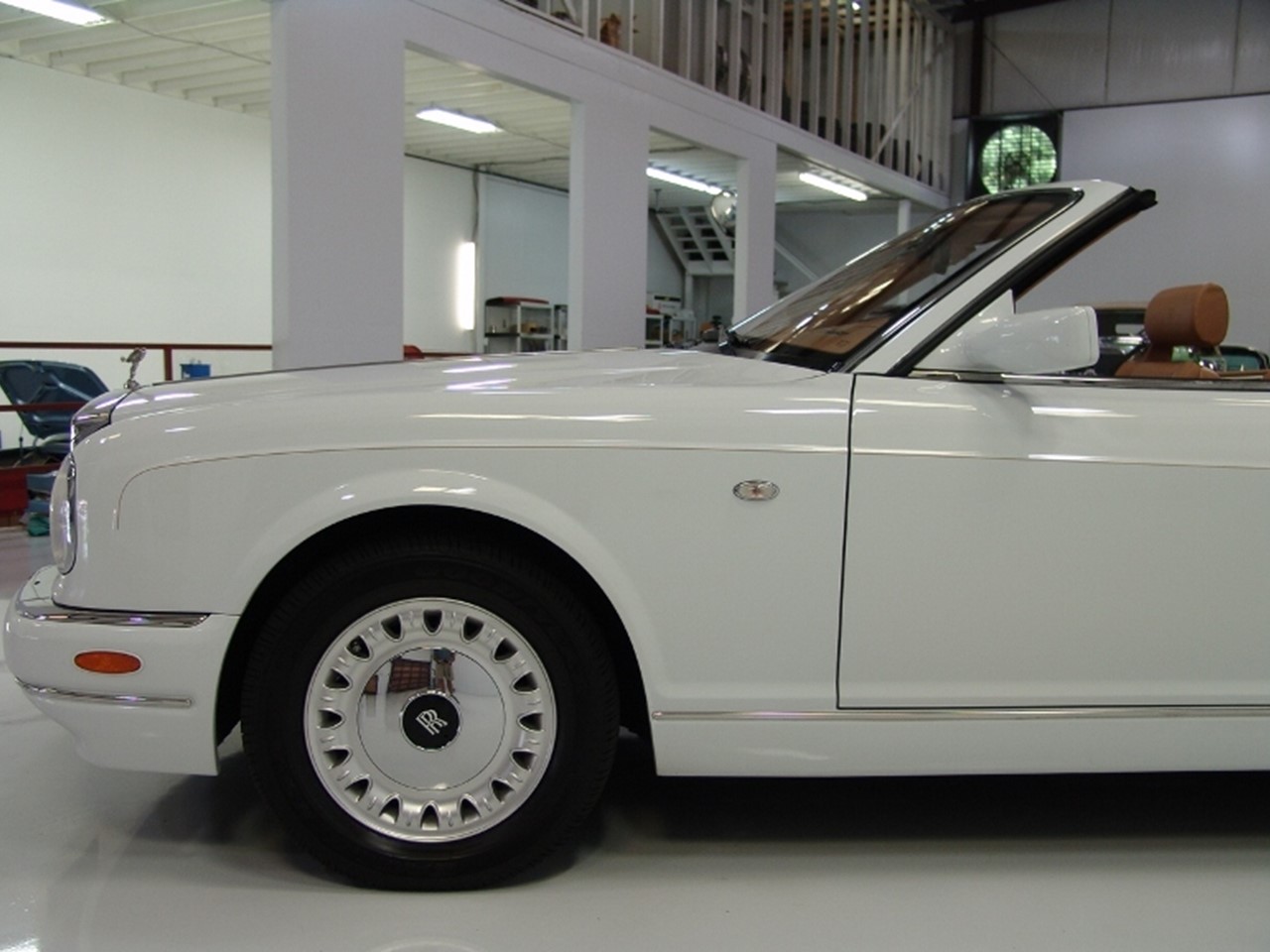 The Rolls-Royce Corniche is the most prized motorcar of the 20th and 21st century. It’s an enviable combination of sporting characteristics, notorious luxury, and extraordinary comfort. It remains in the spotlight as the ultimate grand touring automobile. The Corniche is the celebrity among Rolls-Royce motorcars. It augments the lifestyles of the rich and the famous. The Corniche began its tenure in 1971 as a coachbuilt motorcar by Mulliner Park Ward available as a two-door fixedhead coupé and a two-door drophead coupé. Its evolution spanned five distinctive series.

Special Thanks to Daniel Schmitt Classic Cars: http://www.schmitt.com, Rodd Sala at Park Ward Motors Museum: http://www.parkwardmotorsmuseum.com, and Balmoral UK: http://www.balmoraluk.com, These are three of the most eminent caretakers of the brand in the industry. For all of your special interest automobile needs whether it be sales or service, or even restoration, I highly recommend them. Tell ’em Greg sent you! 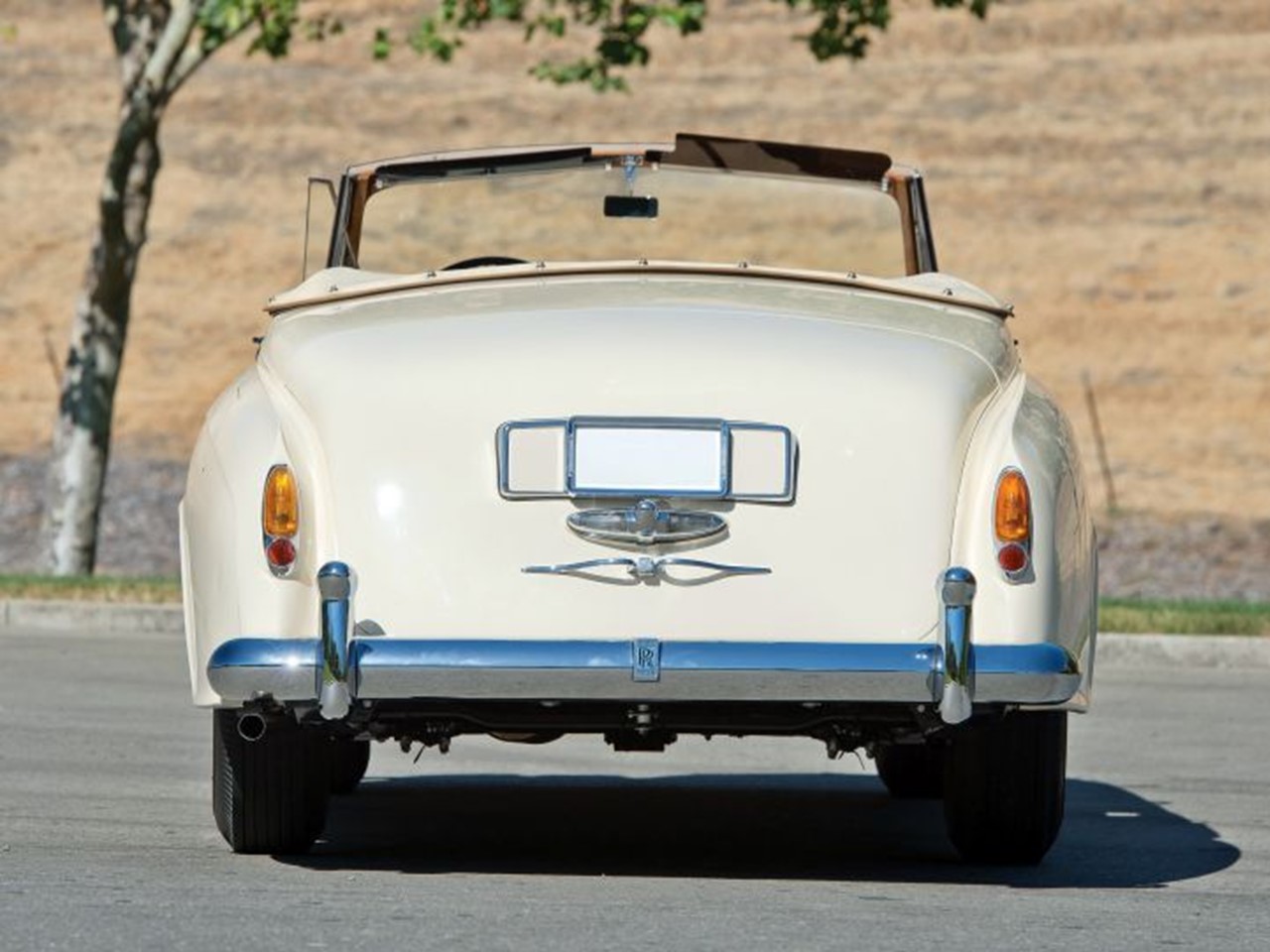 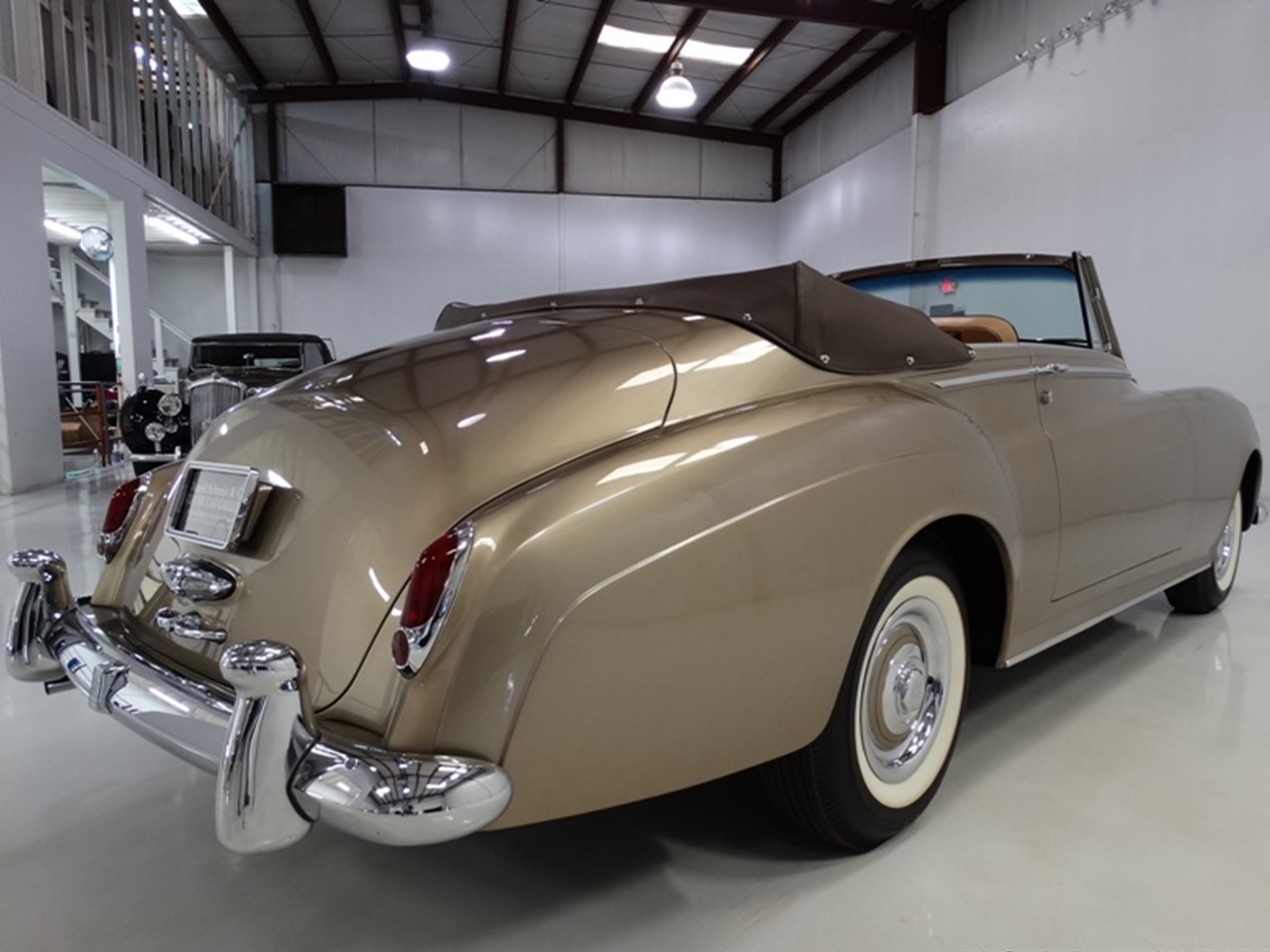 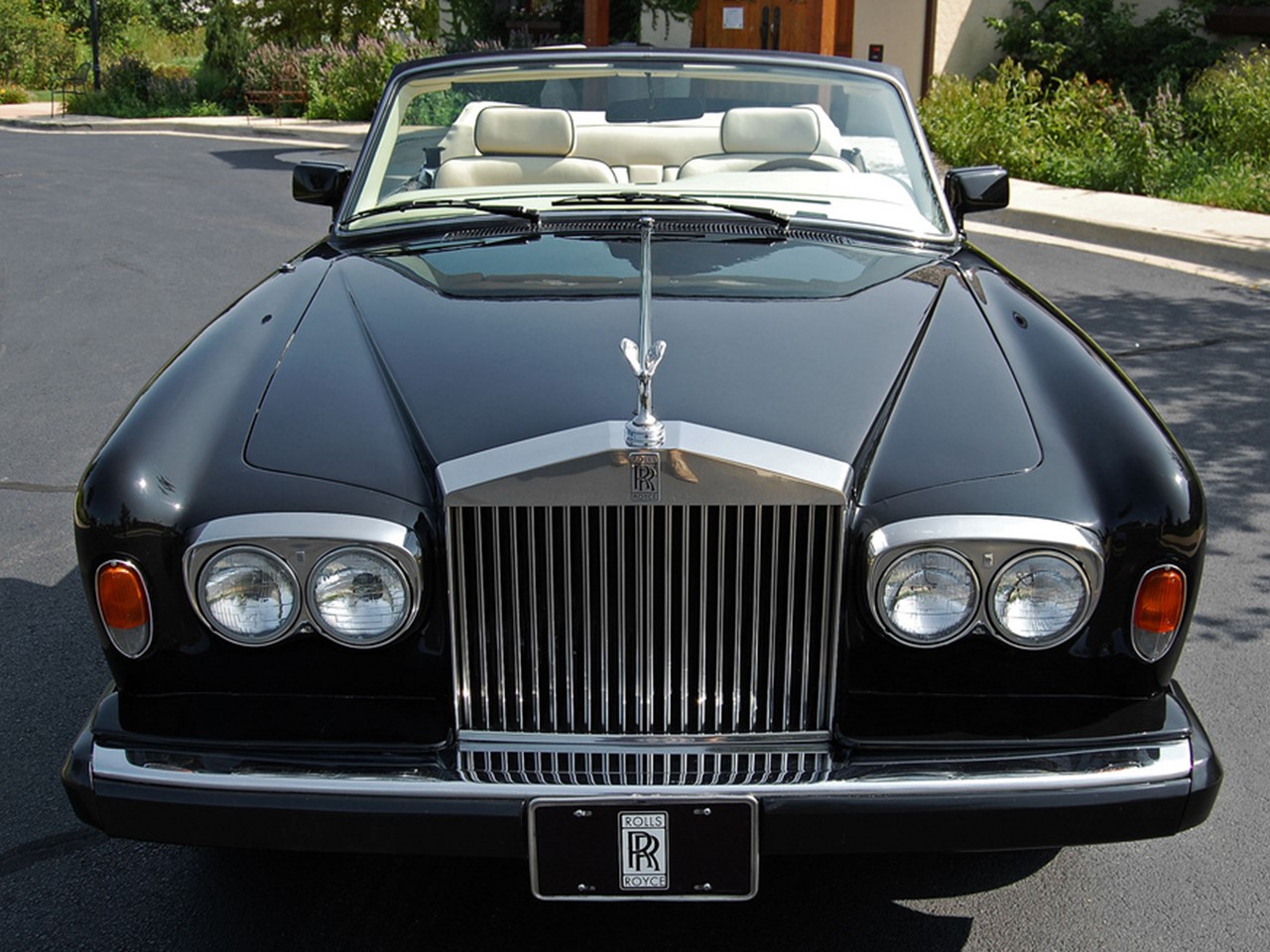 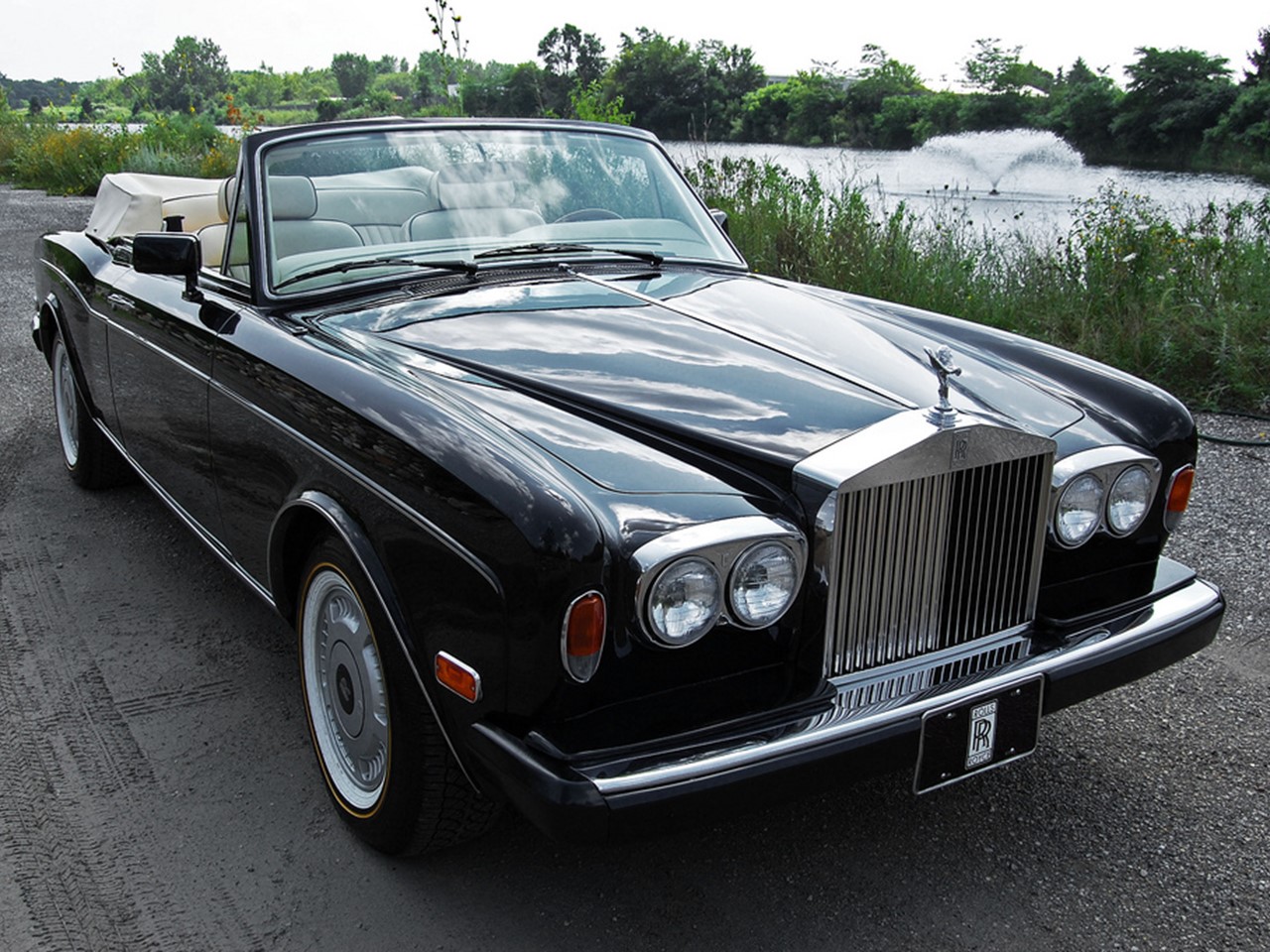 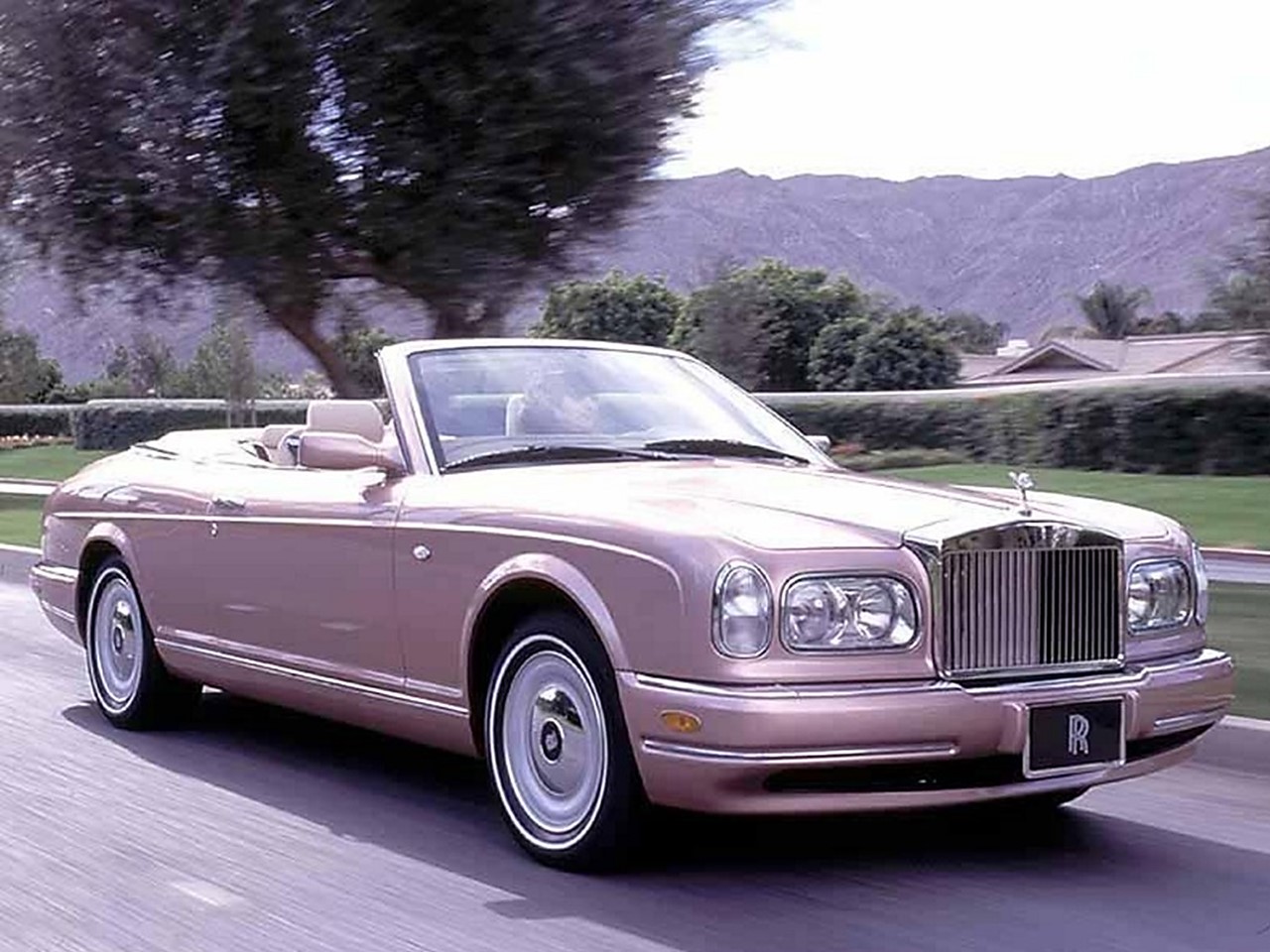 The Rolls-Royce Corniche is NotoriousLuxury 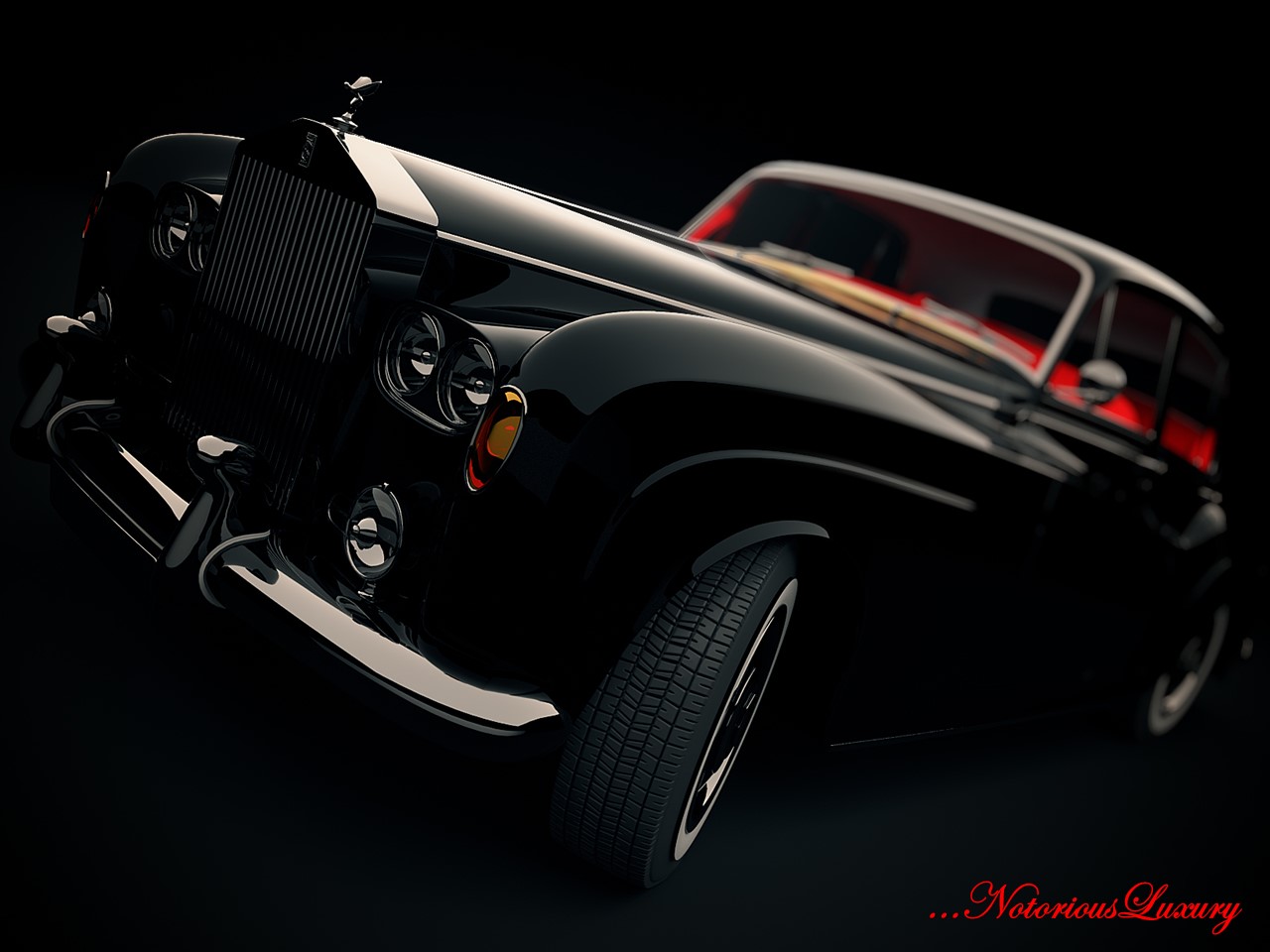