“As the Standard of the World Turns” presents…

…An American standard for the world.

The Arab Oil Embargo of 1973 raised the price of crude 70 percent. This act created quite a raucous knocking the wind out of the sails of the global economy. In the USA…double lines formed at gasoline stations as drivers scrambled to re-fuel. Some stations posted “NO-GAS” signs because of depleted supplies. It threw a serious curve in the US economy. It forced Americans to re-think the size of their luxury automobiles. Cadillac had to do a complete reassessment regarding the future of their offerings.

The answer came as “The next generation of the luxury car.” In less than two years, Cadillac engineers worked feverishly for the solution: this was the birth of the Cadillac Seville. It is a luxury car like nothing ever offered before. The Seville refuted the traditional American automotive paradigm of bigger being better. This major event in history changed the way America thought about luxury cars…forever. The 1976 Cadillac Seville makes a grand entrance…in the continuing saga of “As the Standard of the World Turns.”

American automobiles would never be the same. This all stems from US intervention into the Arab-Israeli War. The reprisal by Arab members of the Organization of Petroleum Exporting Countries (OPEC) extended to other countries that supported Israel as well. This action destabilized a decades-old pricing system. It put a strain on the US economy that had become dependent on foreign crude oil. Prices doubled…then quadrupled placing economic challenges on the national economy. It placed the US in an extremely awkward position…most everything here was contingent upon petroleum and petroleum distillates for production – America had to think…FAST!

Cadillac was the leader in luxury automobile production world-wide. As Americans tightened their financial position, there became a shift of interest to smaller, more fuel-efficient automobiles. Cadillac was the purveyor of land yachts – PERIOD. The brand had to seriously focus on the future…it had no experience building smaller vehicles, and had to move quickly. The answer was the eventual down-sizing to remain solvent. But how? Cadillac knew nothing about dinky little toy cars –

“Whatsoever you write, or paint, or sing, or build…no one will strive to surpass or to slander you, unless your work be stamped with the seal of genius.” 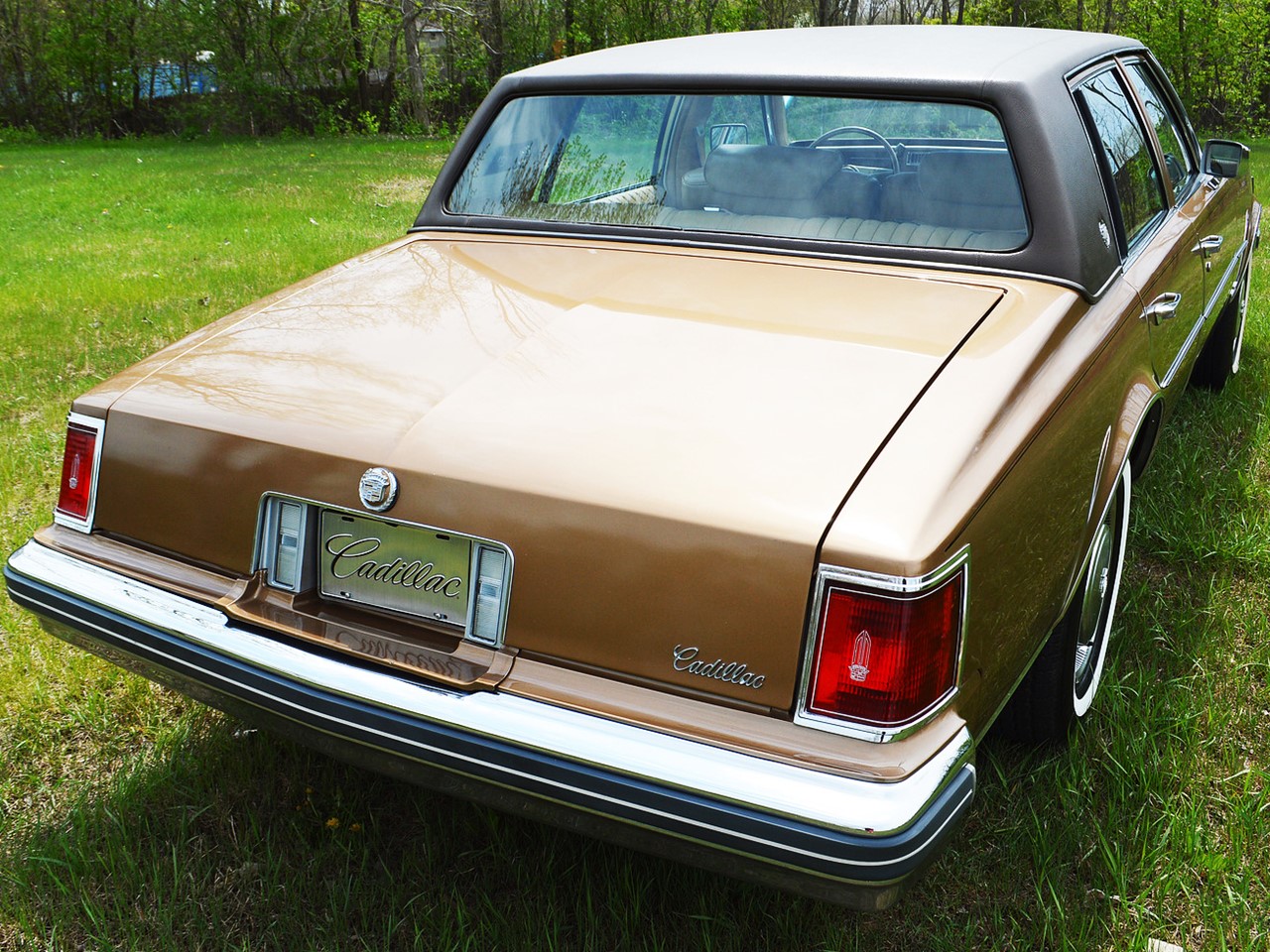 Ingenuity is an American forte – we know how to survive. Cadillac engineers solved the situation by creating an entirely new luxury sedan – 10 years prior to the crisis in the Middle East, America scoffed at the idea of a smaller luxury car…we were “Fantasy Island” livin’ large. The US faced a growing dependence on oil consumption and with dwindling domestic reserves – found itself more reliant upon imported crude than ever before. Enter the first generation Cadillac Seville, a luxury automobile advertised by the brand as “International-sized luxury for a changing world.”

How did Cadillac manage such a feat in such a short time? The engineers used an existing platform giving it all-new architecture. The Cadillac Seville is based upon a modified Chevrolet Nova “X-body” platform. With it being an ultra-luxury automobile, it could bear no resemblance to its humble beginnings. The entire process had lower start-up costs since existing components were used and extensive re-tooling wasn’t needed. Fisher body designed the architecture. The engine was outsourced to Oldsmobile and built to exacting standards for Cadillac.

Ford did a similar magic act with the Continental MK III using the aging Thunderbird platform and underpinnings, installing luxurious architecture…which yielded an unbelievable profit margin. The first generation Cadillac Seville has a timeless beauty and elegance that created a style that would be emulated but never replicated throughout the entire automotive industry. The Cadillac Seville presented a new “standard” for the world – proving the fact: Americans are resilient AND we bounce back without fear! 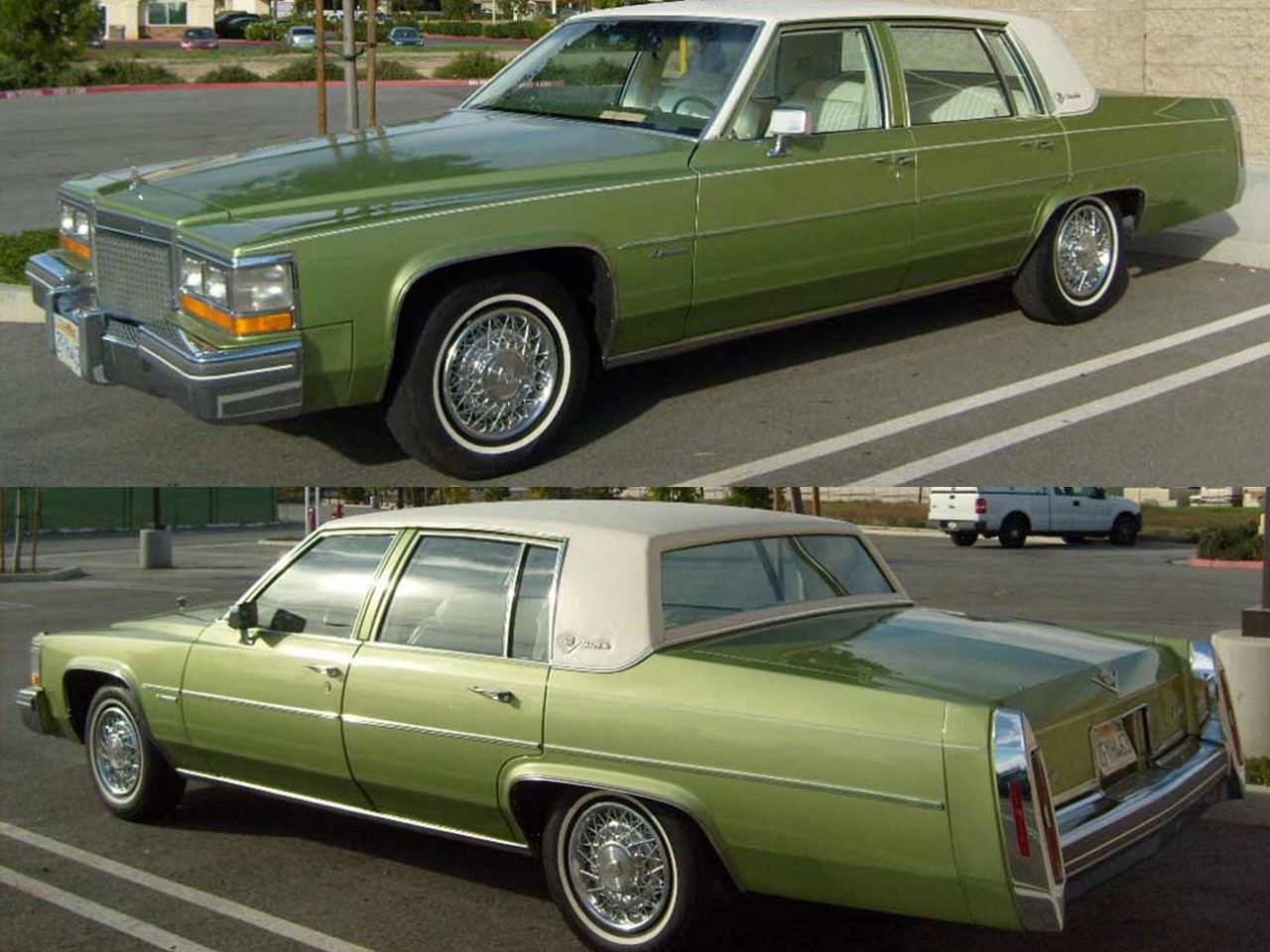 The 1980-1984 Cadillac Sedan deVille is Seville-inspired 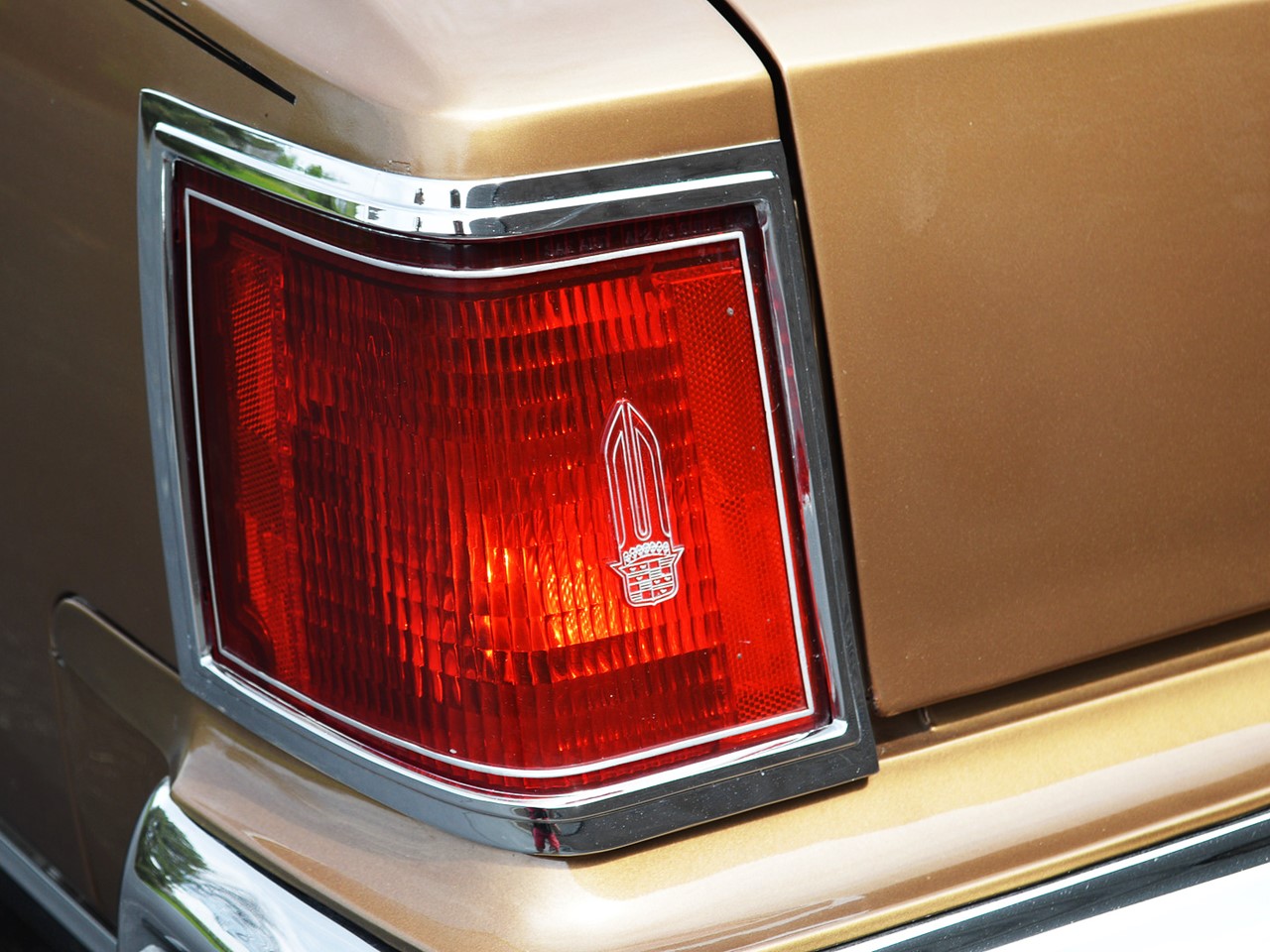 “The leader is assailed because he is a leader, and effort to equal him is merely added proof of that leadership…” 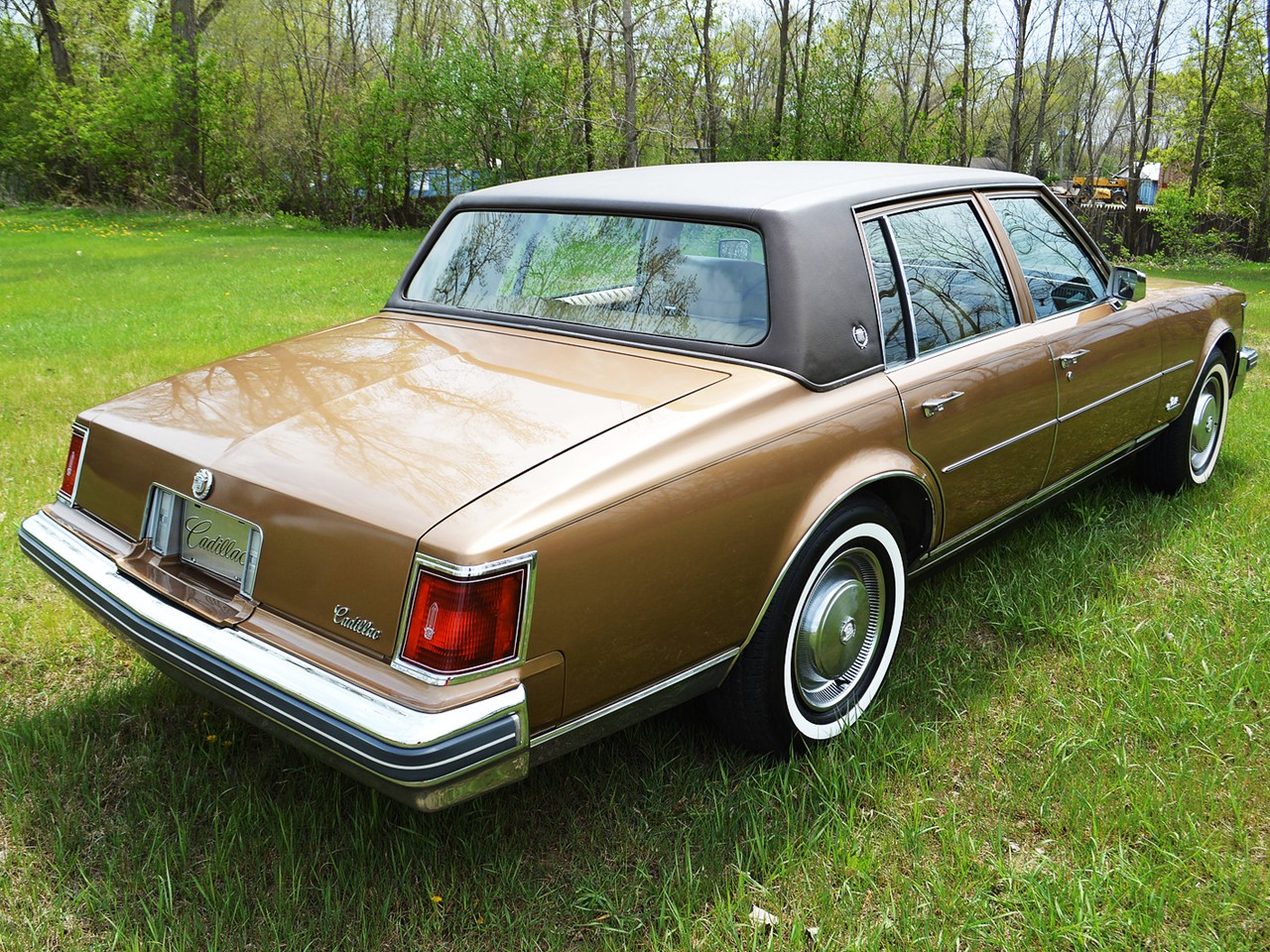 “In every field of endeavor, he that is first must perpetually live in the white light of publicity. Whether the leadership be vested in man or in a manufactured product…emulation and envy are ever at work…the reward and the punishment are always the same – the reward is wide-spread recognition; the punishment is fierce denial and detraction. This is the Cadillac penalty of leadership – that which deserves to live…lives.” This captures the essence of Cadillac’s dedication written by Theodore MacManus (1872-1940) in 1914. He was an advertising mogul that revolutionized the industry with his advertisements for GM luxury cars…mainly the Cadillac brand. 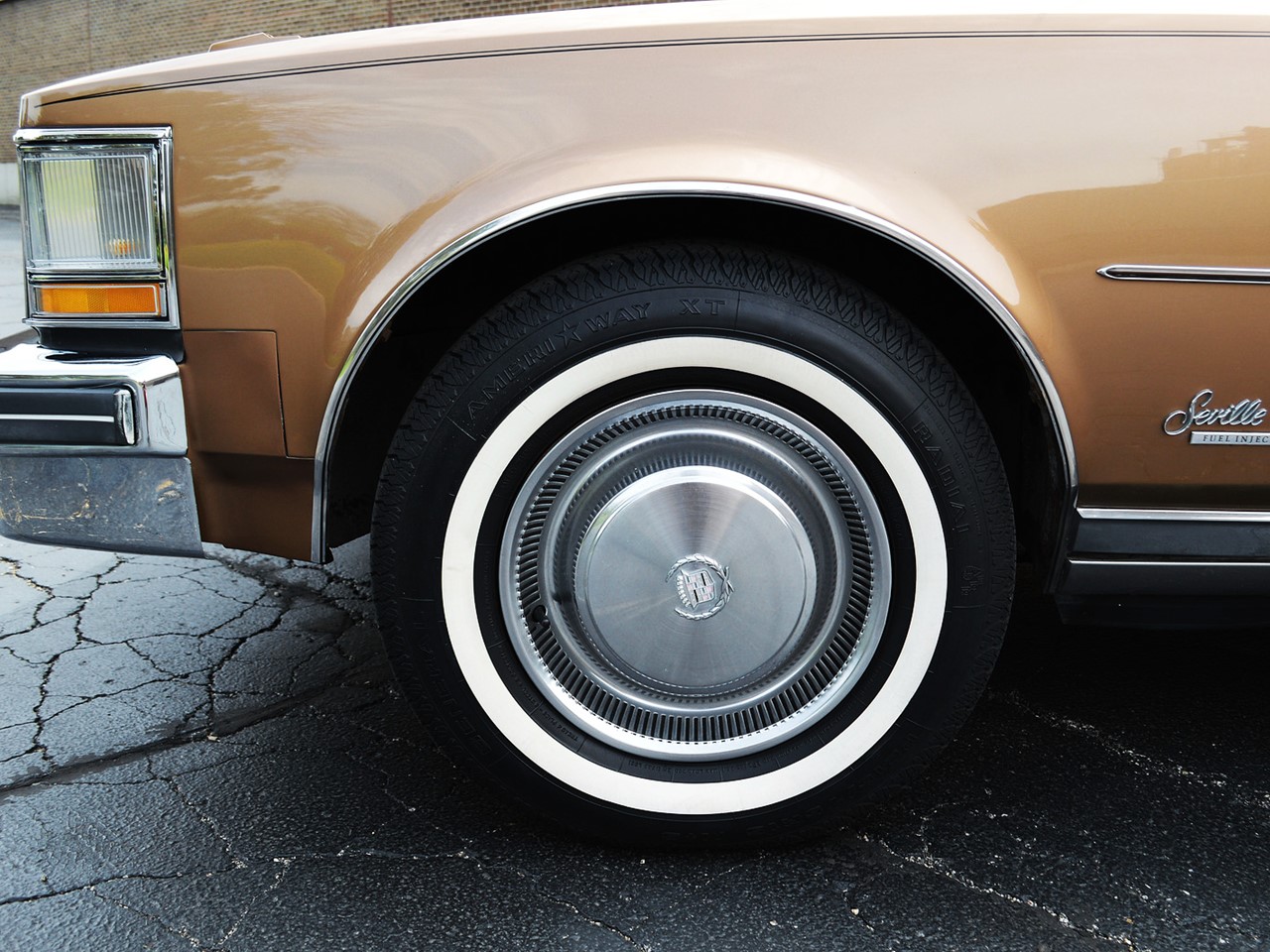 The Cadillac Seville is living proof that Cadillac can be flexible and ready with new ideas for luxury cars that were right for their day. The Seville was introduced in April 1975 as a 1976 model building 16,355 before the end of the model year. Model #6K style code #S69 1976 Cadillac Seville sedan was base priced at $12,479 with a base shipping weight of 4,232 pounds, 4,675 pounds with options. 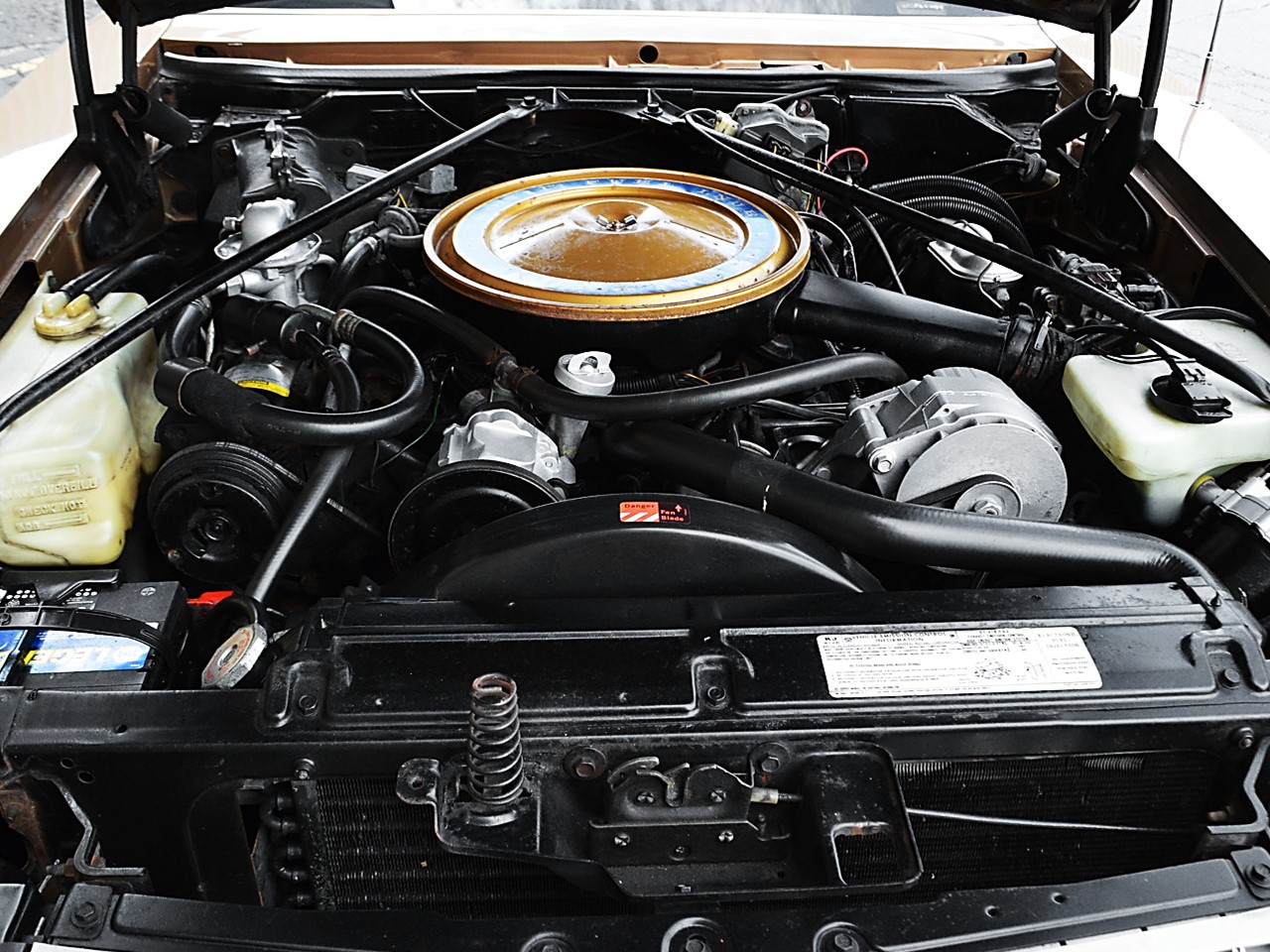 The 1976 Cadillac Seville is powered by GM’s Rocket 350 V8 engine by Oldsmobile. The 5.7 litre 16-valve 350 CID V8 engine has a cast iron block and cylinder heads. The engine is equipped with speed-density port-injected Electronic Fuel Injection and is the first domestic automobile to use this type of fuel delivery system. It has two electric fuel pumps, one inline and the other in the fuel tank.

The engine is designed to run on unleaded fuel with an octane rating of at least 83. Its emission controls include Positive Crankcase Ventilation (PCV), Air Injection Reactor (AIR), Exhaust Pressure Transducer, and Exhaust Gas Recirculation (EGR). The engine is mated to GM’s THM-400 Turbo Hydra-Matic 3-speed automatic transmission. The first generation Cadillac Seville has a traditionally mounted front engine and is rear-wheel drive. 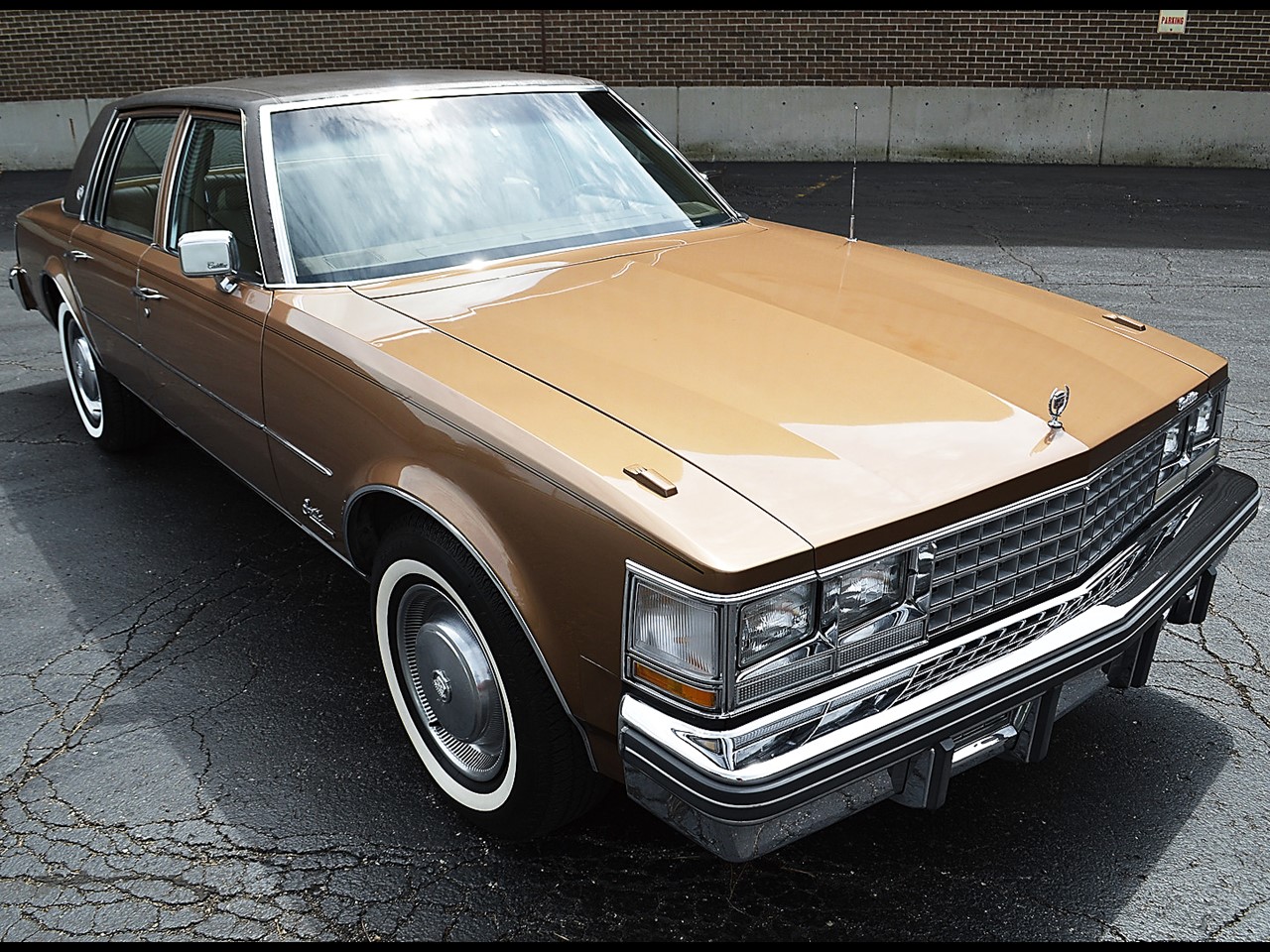 “If the leader truly leads…he remains the leader…” 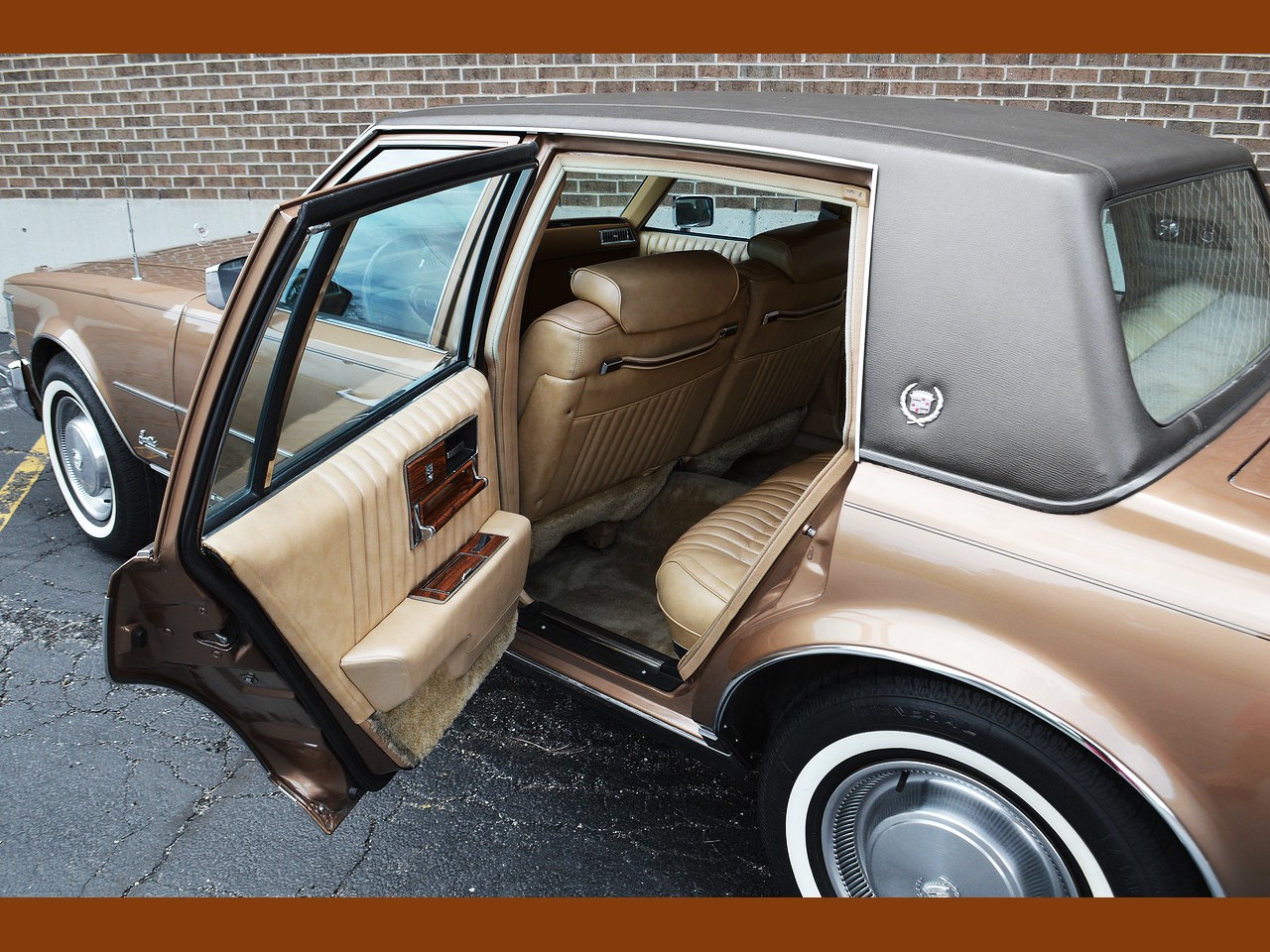 This is Cadillac’s first use of Chevrolet components for production. The standard vinyl roof covering is there for a reason. The roof is tooled in two parts. The rear “C-pillar” section was stamped exclusively for Cadillac but the forward portion was from the “X-body” Chevy Nova. The painted metal roof became available for the 1977 model year when Cadillac began stamping the entire roof for the Seville. It’s an interesting hodge-podge of GM parts –

Automatic Level Control automatically calibrates the ride height for optimum appearance and performance. The hydraulic power braking system is equipped with ventilated discs on the front axle and duo-servo drums to the rear axle. The brakes self-adjust each time the car is driven in reverse and the brakes applied.

“That which is good or great makes itself known, no matter how loud the clamor of denial…”

The all-new Seville was built on the former Eldorado assembly line in Detroit. To ensure the strictest quality control, the first 2,000 Sevilles were only available in Georgian Silver all with the same equipment. It was built with the highest quality control standards in the automotive industry. What happened to this manner of production during the 1980s and 1990s? 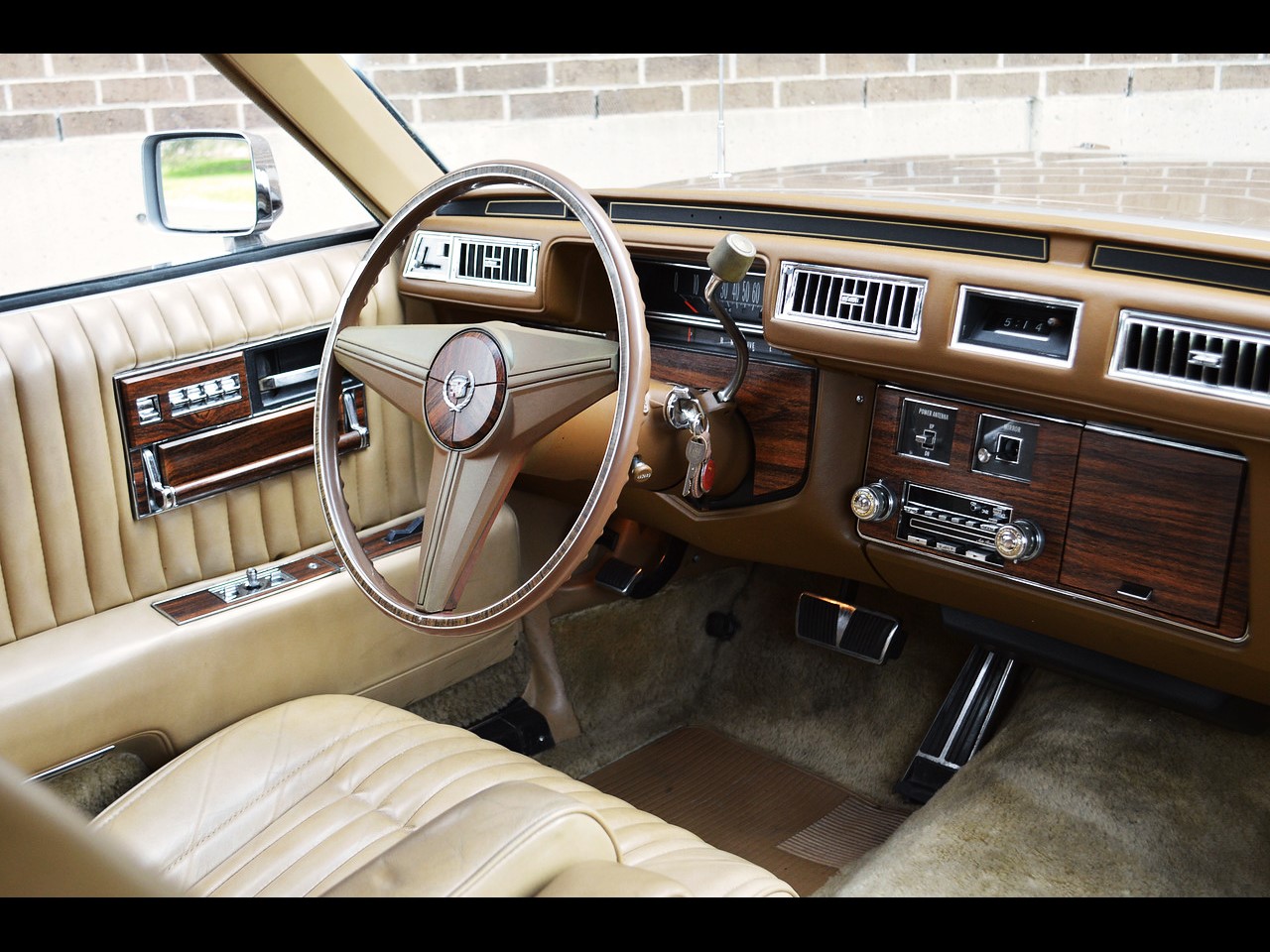 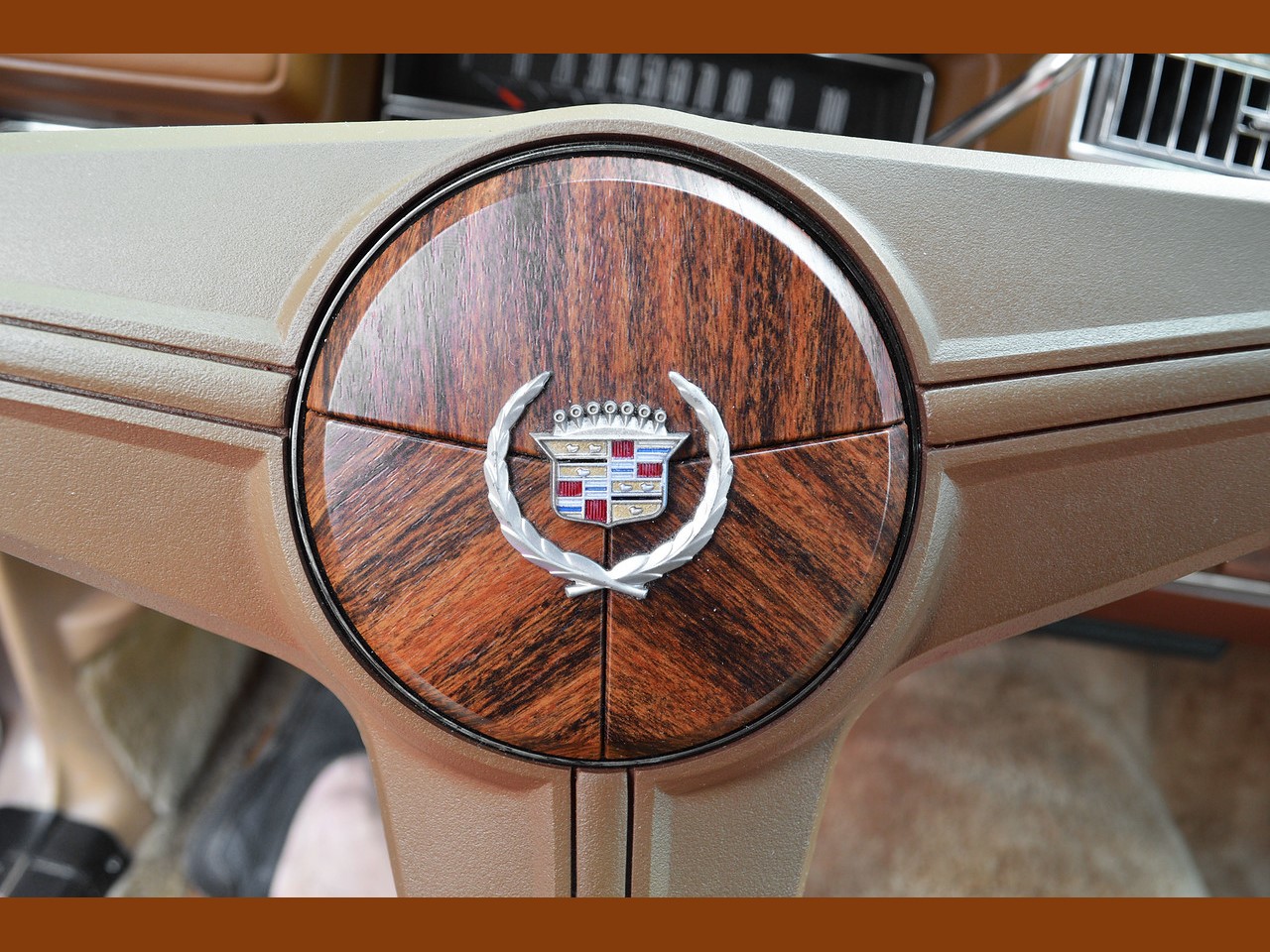 The first generation Cadillac Seville uses an international-inspired interior. No Cadillac in the history of the brand used this format. The taller roof not only gives it more headroom but also makes it appear more spacious than it is. The impeccably tailored trim is extremely tasteful.

Americans had to get used to the more upright and ergonomically designed seating. We were used to big ole’ rollin’ Barco loungers but had to make concessions to conserve energy. Handsome Mansion knit was standard and available in seven colors. Supple sierra grain leather was available in eight color selections. Folding front and rear center armrests added the traditional Cadillac luxury. 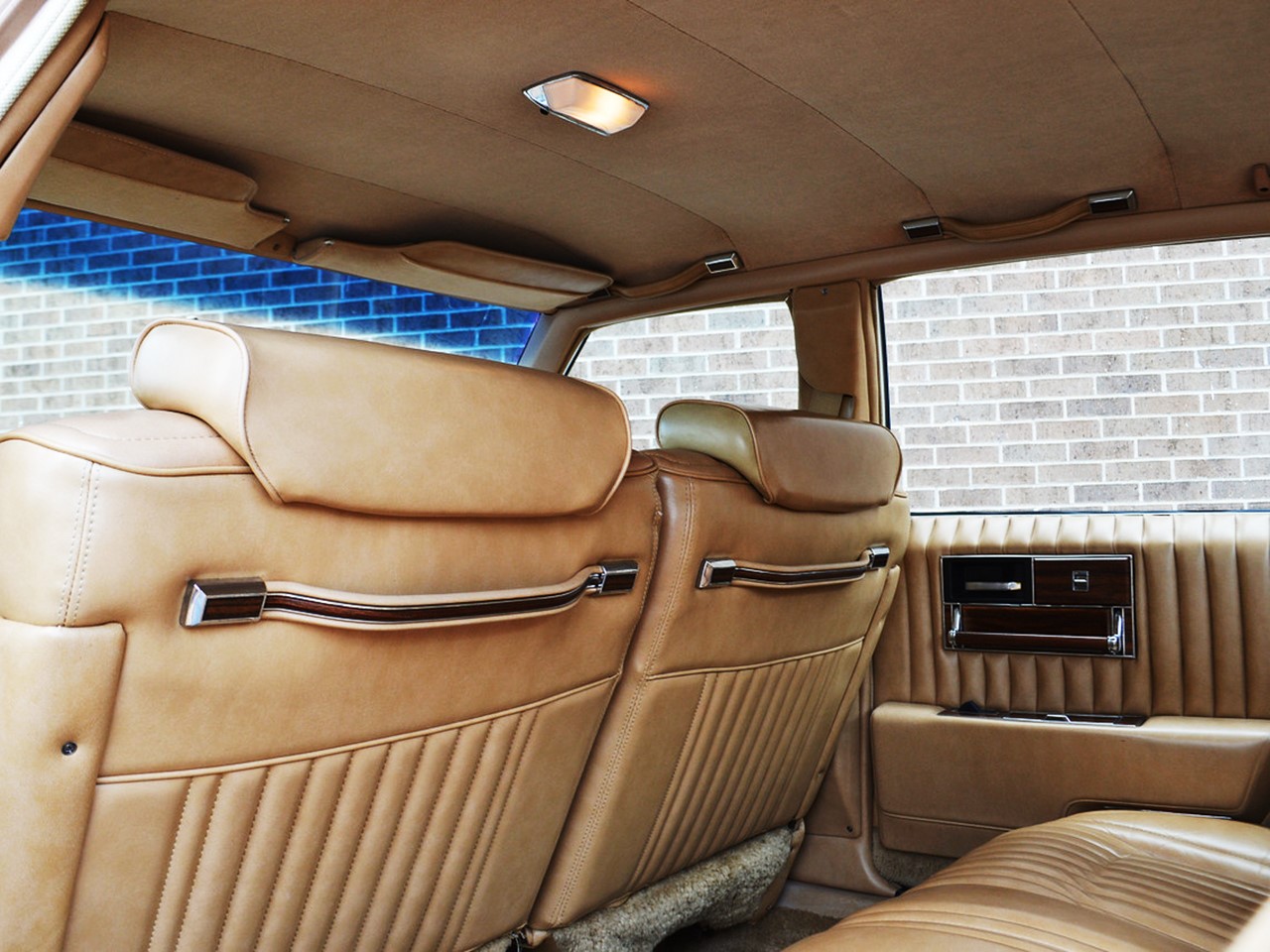 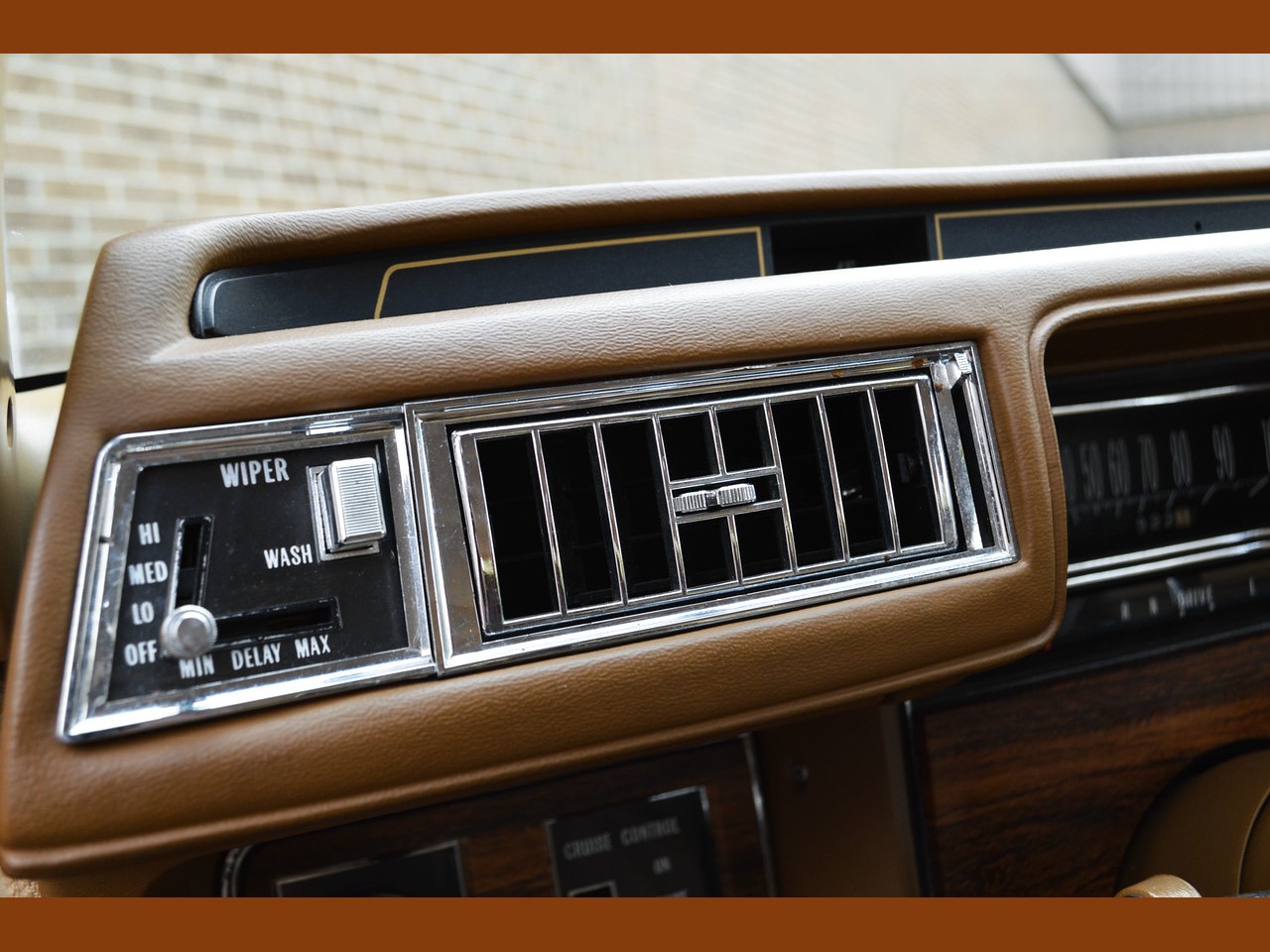 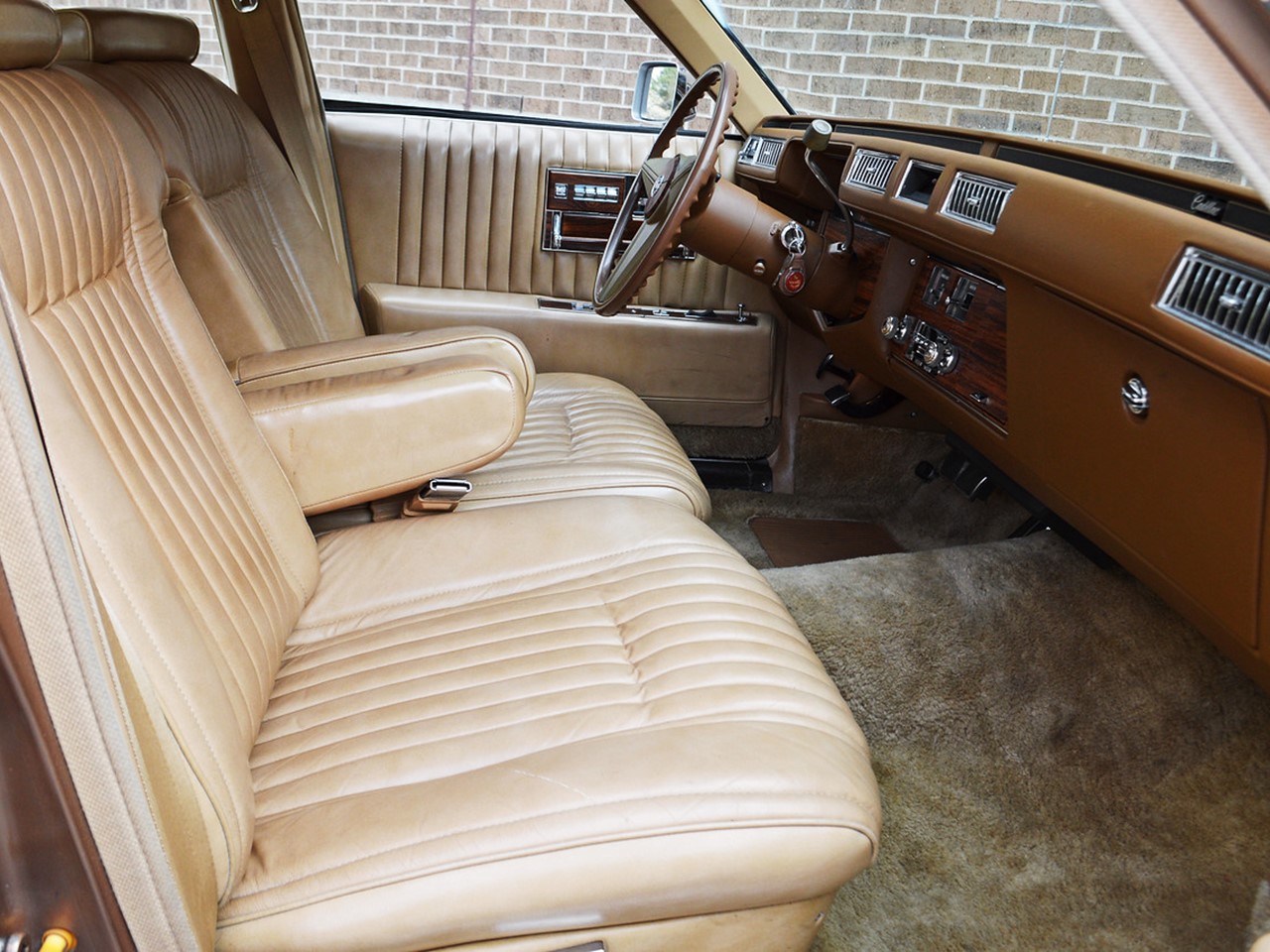 “If his work be merely mediocre it will be severely left alone…if he achieves a masterpiece, it will set a million tongues a-wagging…” 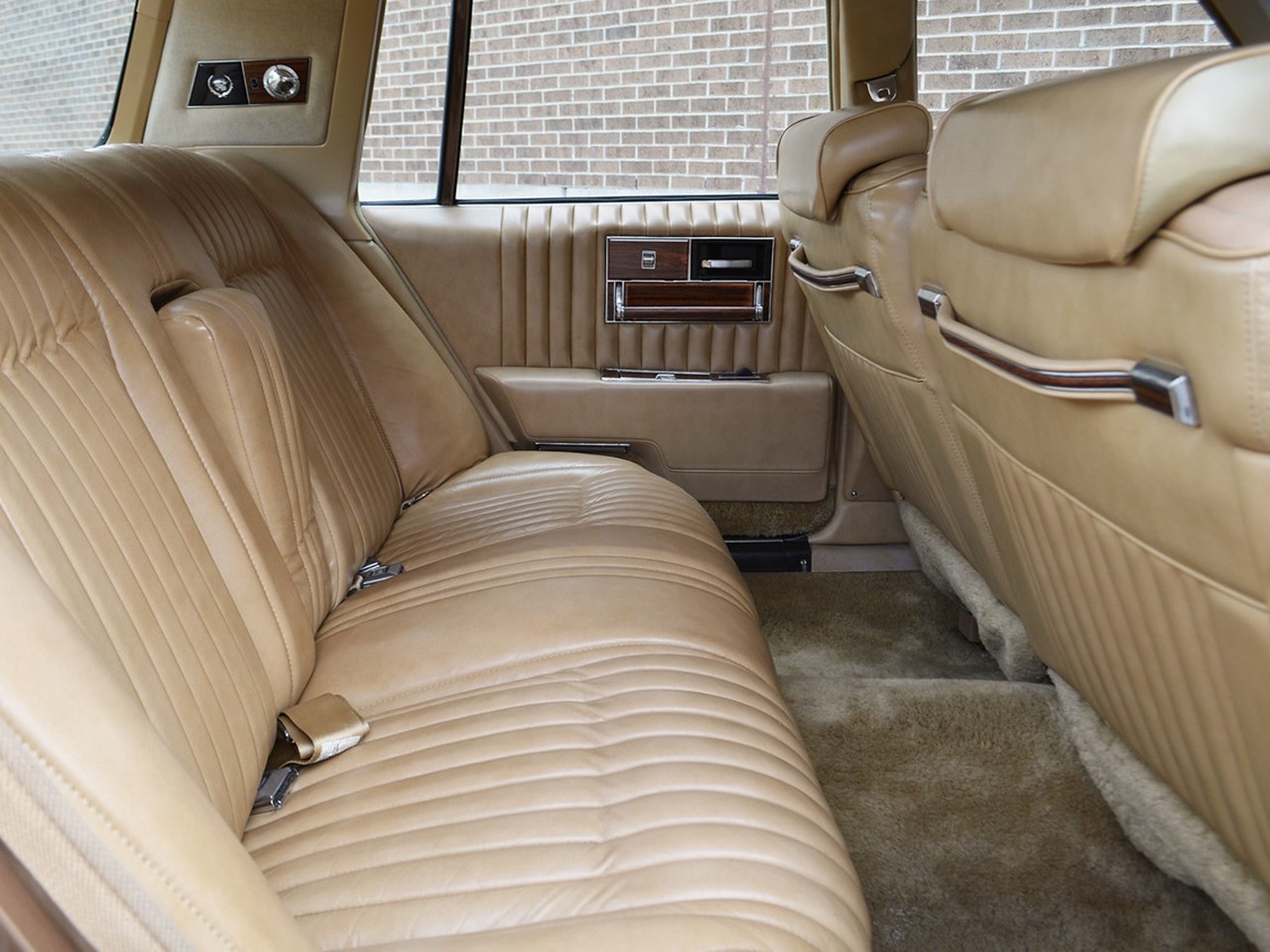 The first generation Cadillac Seville is international-sized for a changing world. It is every inch a Cadillac. The efficient new size and elegance makes it appealing. It is equipped with traditional V8 power which Americans had taken for granted for so many decades. It is a shrunken version of a traditional luxury sedan.

The timeless design remains popular. Had it not been for the 1973-1974 Arab Oil Embargo, we probably would never have even considered such a tiny Cadillac…America scoffed at the idea of a small car in the 1950s and 1960s…we were “Fantasy Island” and we were livin’ quite large. The first generation Cadillac Seville was built from 1975 until 1979. 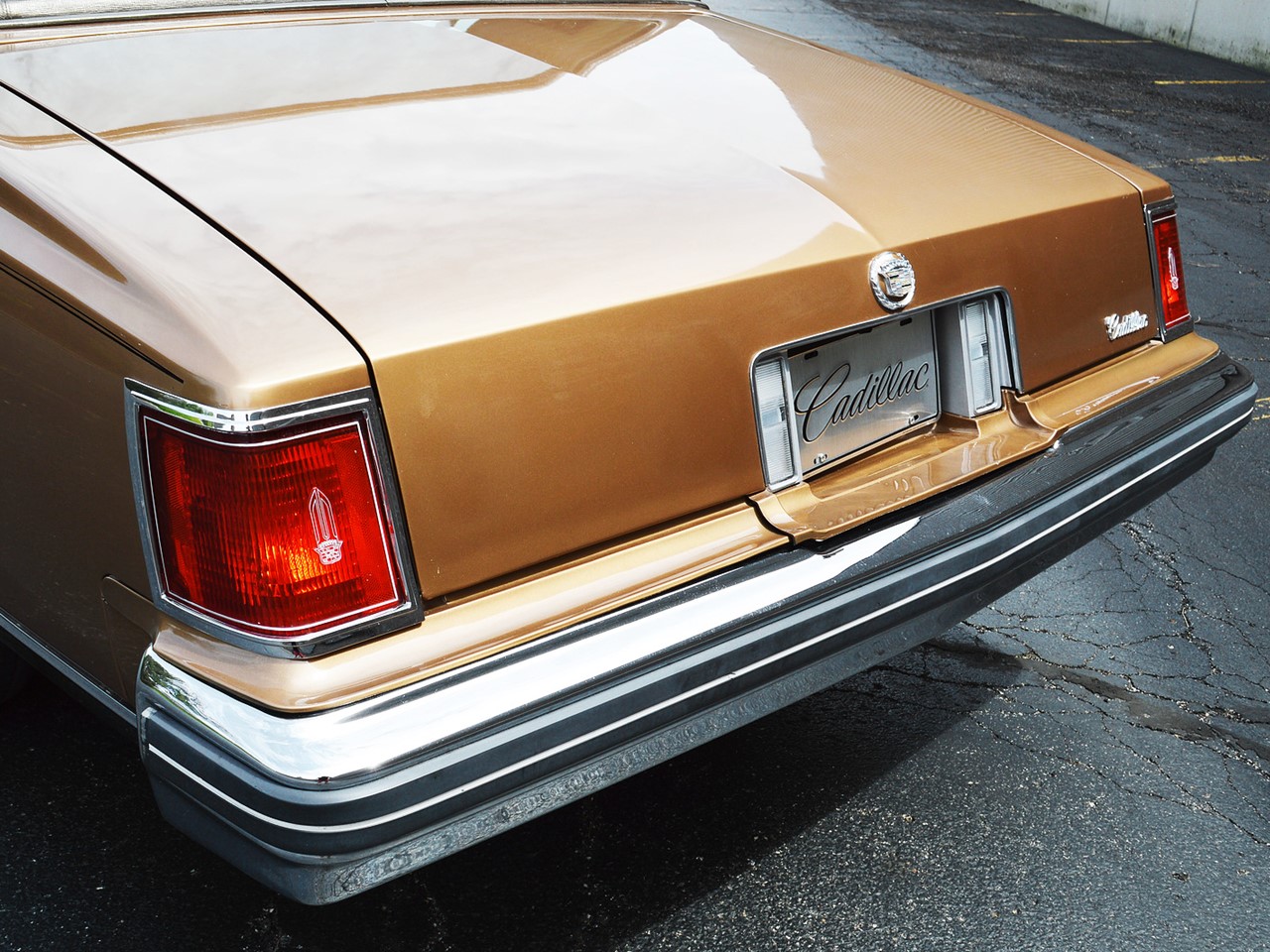 Unfortunately…the Seville’s charisma wore off during the re-design for the 1980 model year and continually declined thereafter. Oddly…we laughed at the first generation Seville when it came out. I turned my nose up at it opting for the 1976 Fleetwood Brougham. If the 1976 Seville is placed beside today’s Cadillac, it is larger than anything they build…and more reliable. Will Cadillac ever return to such a formidable position in the automotive industry world-wide?

If the brand would focus on A LUXURY AUTOMOBILE instead of trying to wear so many hats…being so many things in so many classes…and concentrate on AMERICAN-style luxury, it could develop an identity. If it would cease and desist from riding the coattails of BMW and Mercedes-Benz…it would once again become the envy of the world. The 1976 Cadillac Seville is another dramatic chapter…in the continuing saga of “As the Standard of the World Turns.”

“That which deserves to live…lives” 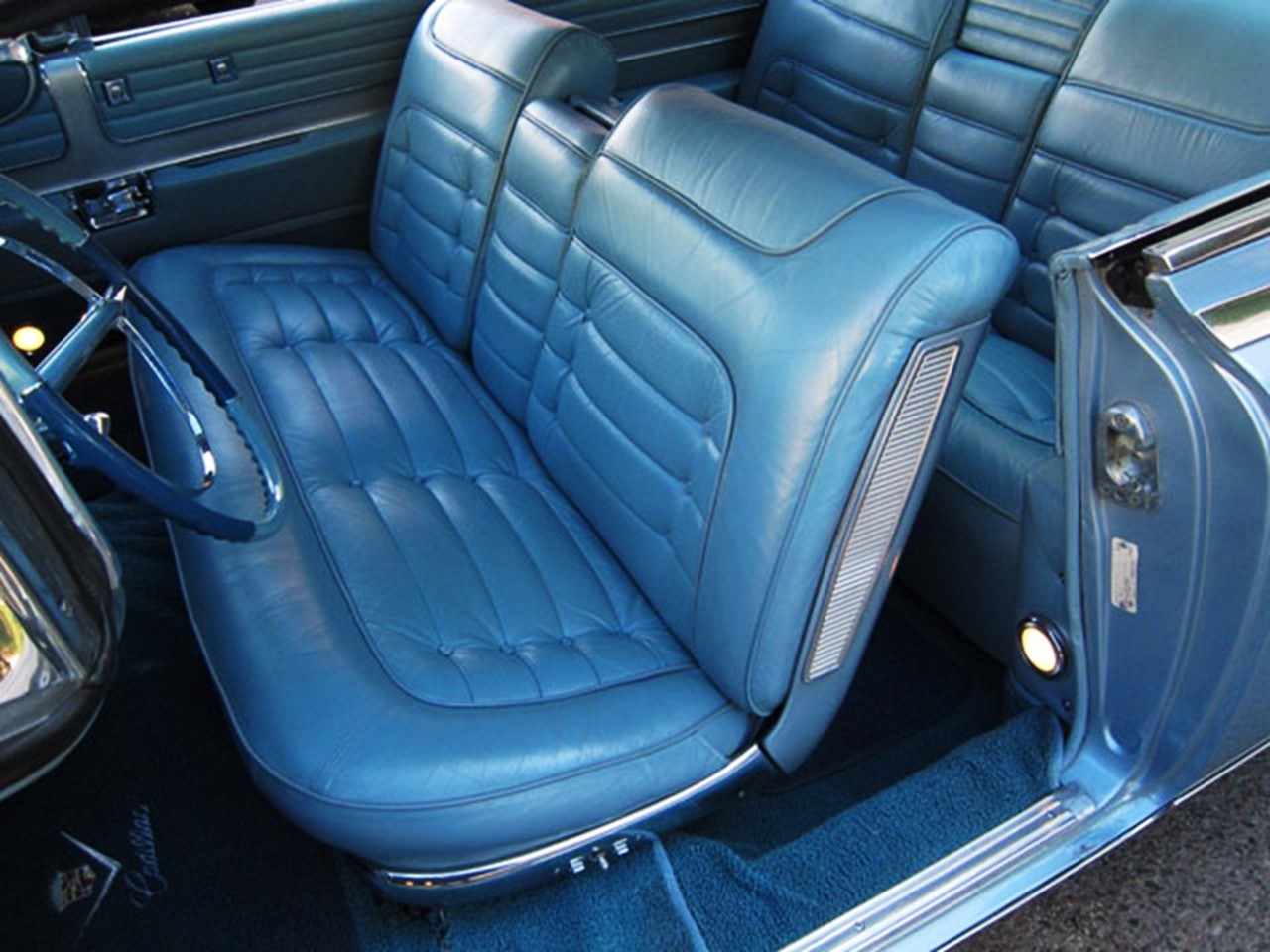 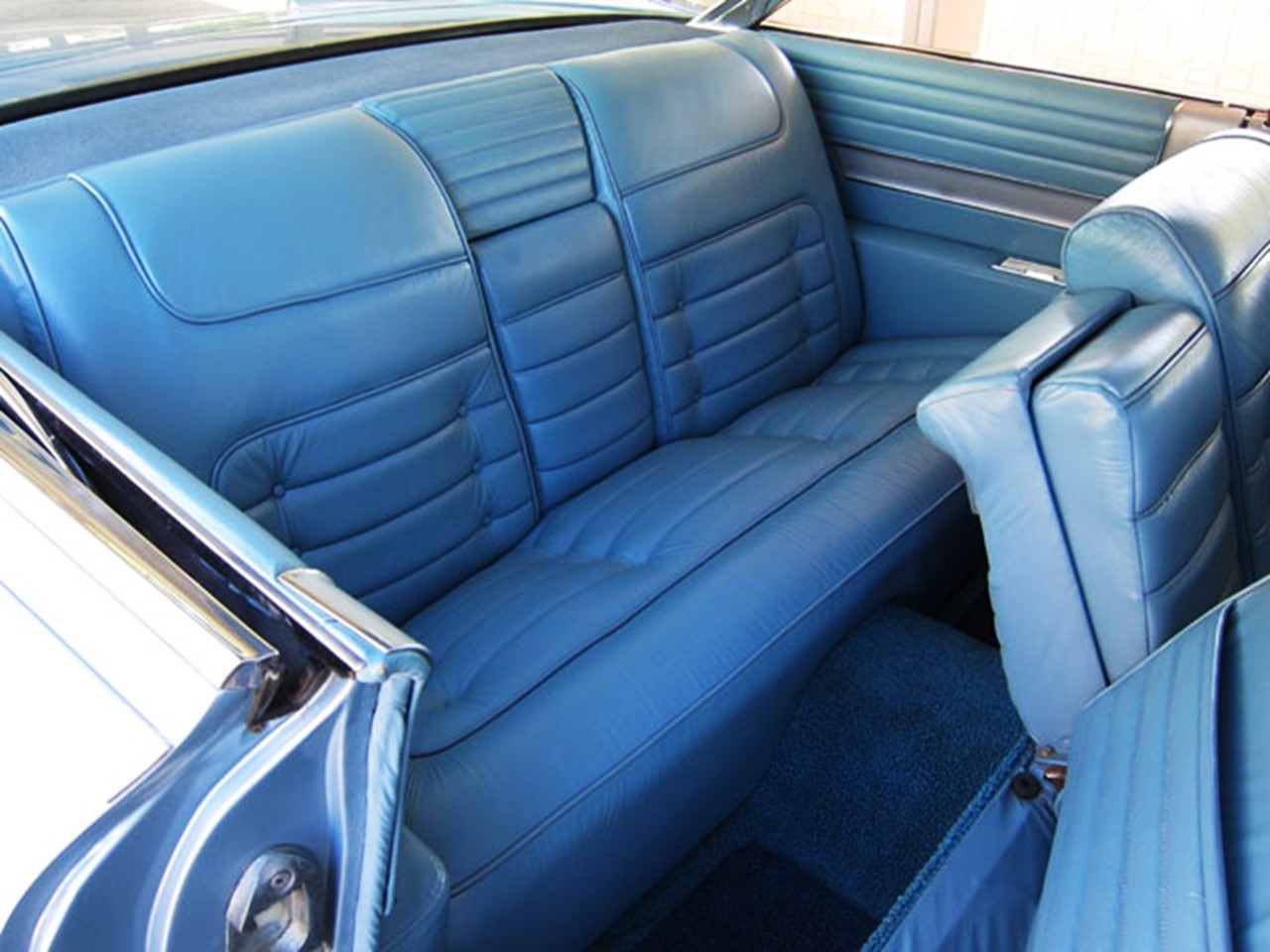 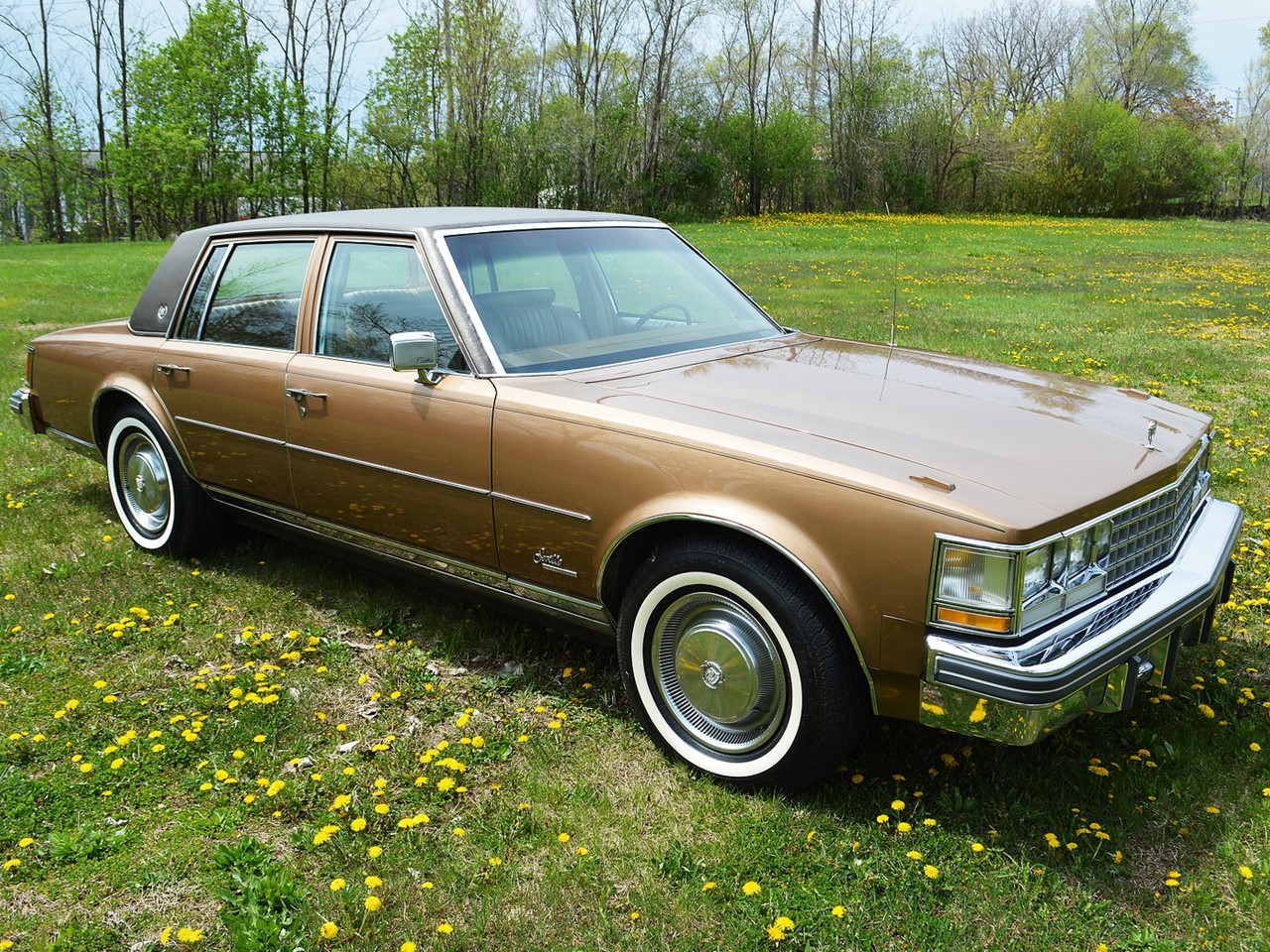 The 1976 Cadillac Seville is NotoriousLuxury

2 thoughts on “1976 Cadillac Seville: The Penalty of Leadership” Leave a comment ›