…This is the most famous Aston Martin

…It’s also one of the most beautiful Aston Martin creations 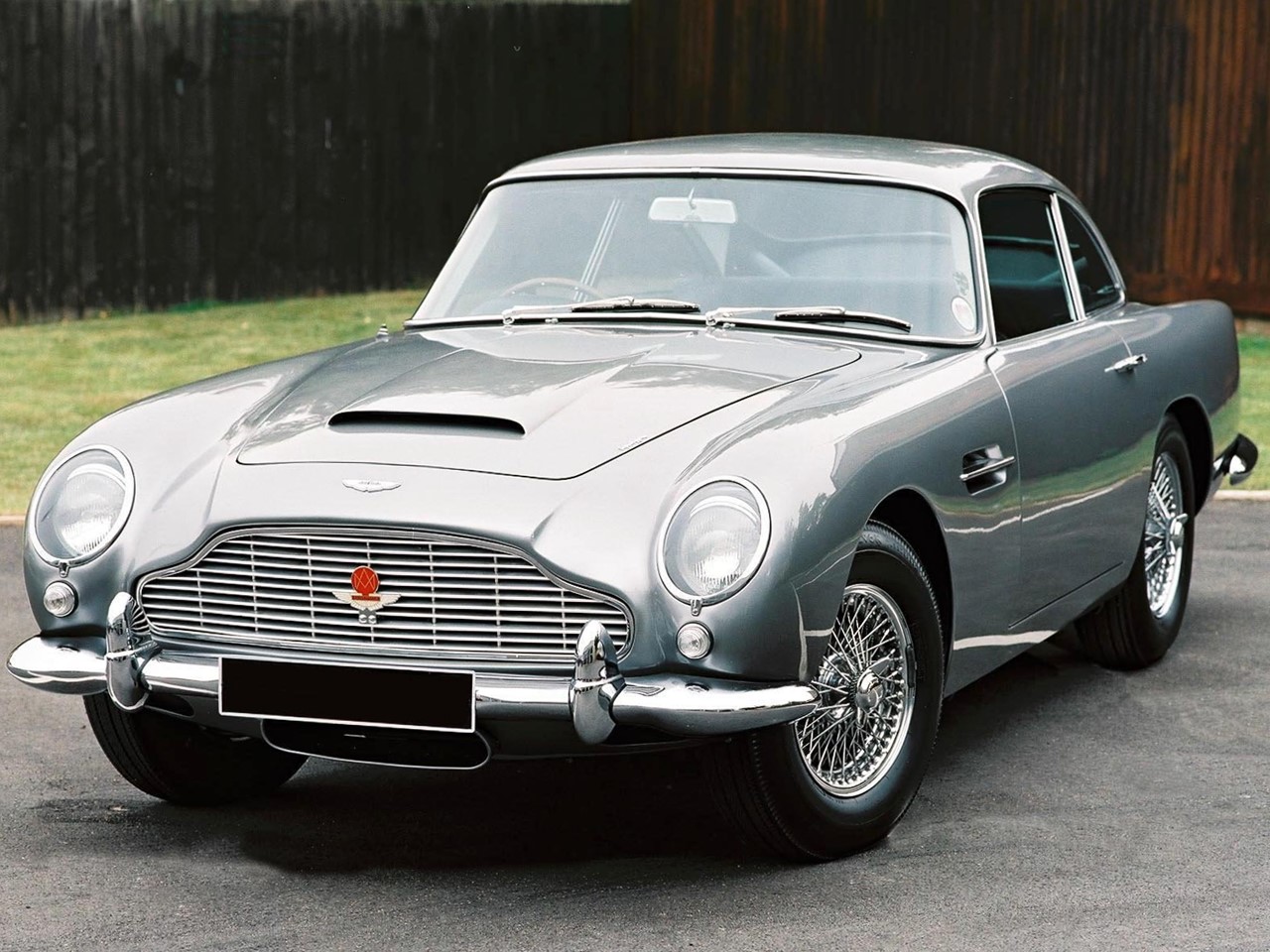 The Aston Martin DB5 is probably the single most identifiable model in the brand’s history. The iconic DB5 was built from 1963 until 1965. These luxury grand tourers have a sensuous Italian design and are powered by fast In-line 6-cylinder engines. The DB5 is another Aston Martin classic success story.

Its Superleggera formed architecture makes this series unique. Lightweight, powerful, and beautiful – the Aston Martin DB5 remains a highly collectible pedigree.  Robust beauty and high performance are Aston Martin signatures, the DB5 is the most famous of all Aston Martin automobiles – it was James Bond’s gadget-laden rolling arsenal in the 1964 movie “Gold Finger.” To drive any Aston Martin is to drive an automotive legend…

The engine used a 4-speed manual gear box for the 1963 model year. Model years 1964 and 1965 mate the engine to the ZF 5-speed all synchromesh manual. For those who required automatic shifting a 3-speed Borg-Warner DG (Detroit Gear) was available. It was refined into the Borg-Warner Model 8 shortly before introduction of the new replacement model.

The Aston Martin DB5 has distinctive hand-crafting. Its body and chassis are made by Superleggera Coachwork. This super light-weight construction is technology developed by Italian designer Felice Bianchi Anderloni of Carrozzeria Touring of Milan.  The Superleggera construction system is relatively simple in theory.

It consists of a structural framework of small diameter tubing conforming to the shape of the bodyshell. The tubing is covered with lightweight aluminium body panels. The bodyshell strengthens the framework. This design offers greater flexibility while in theatre allowing innovative body designs in less time than conventional die casting. Aston Martin was licensed by Carrozzeria Touring for the DB4 and DB5 models built using this patented process.

There are issues to the Superleggera process. First and foremost, it simply cannot meet important impact resistance standards. This type of build cannot accommodate suspension components, therefore a chassis is required. Due to the nature of this build type, galvanic corrosion occurs between the aluminium body panels and the steel of the tubular frame. 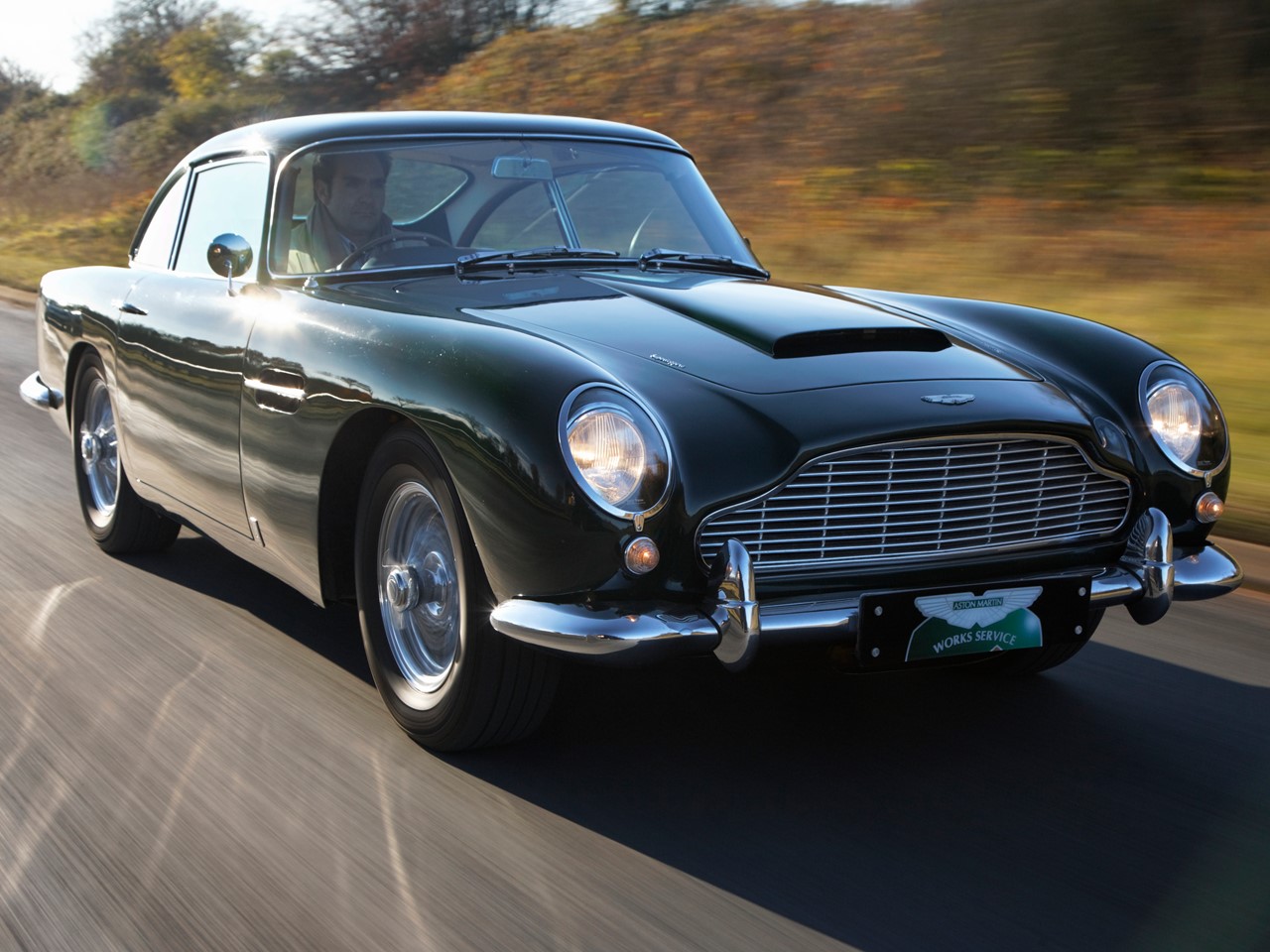 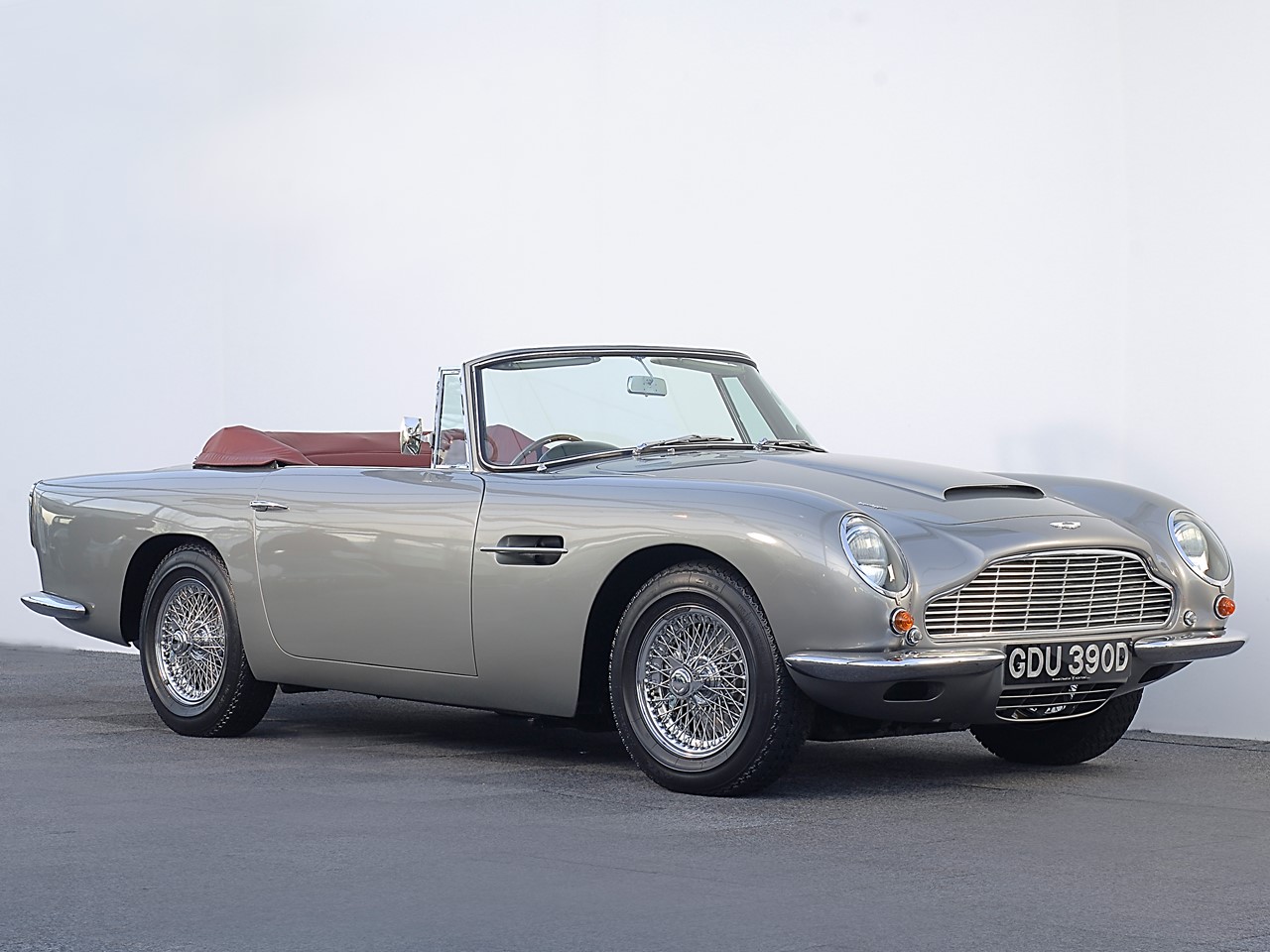 The Aston Martin DB5 was built based upon 2+2 configurations as a two-door coupe, convertible, and Harold Radford Shooting Brake body styles. The most famous Aston Martin DB5 configuration is the lethal Silver Birch rolling arsenal driven by James Bond in the 1964 film “Gold Finger.” A different DB5 was used for “Thunderball” a year later, and then again in the 1995 filming of “Golden Eye.”

There is always more than one Bond car in any single film depending on the stunts involved. Another DB5 version appeared in 2006 in the James Bond film “Casino Royale.” One version of the DB5 was stolen and never recovered. Still another version of the Silver Birch DB5 appeared in Skyfall. These iconic Aston Martin collectibles fetch millions of dollars on the auction block. An Aston Martin is portrayed as invincible as the 007 character that drives it – 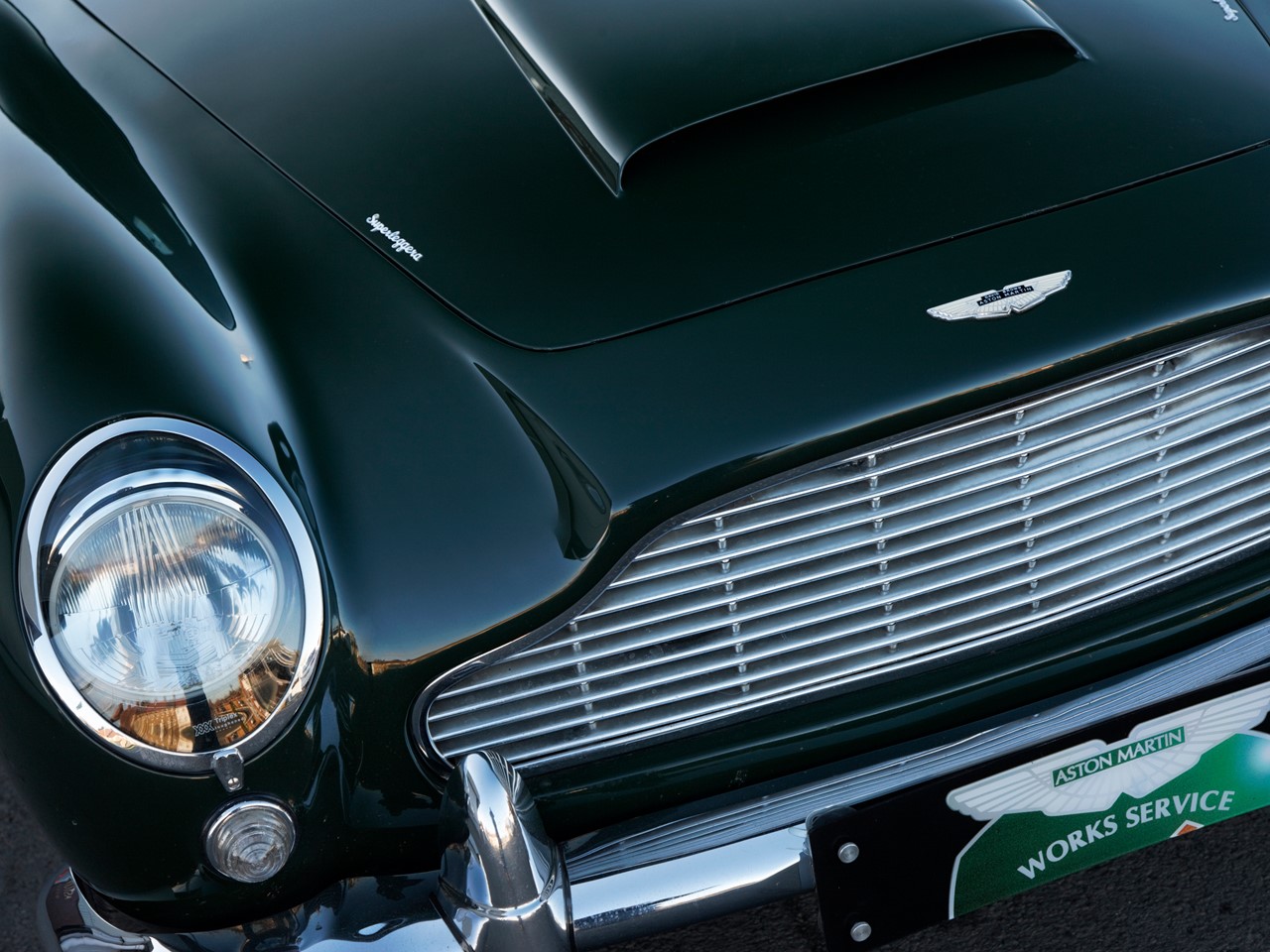 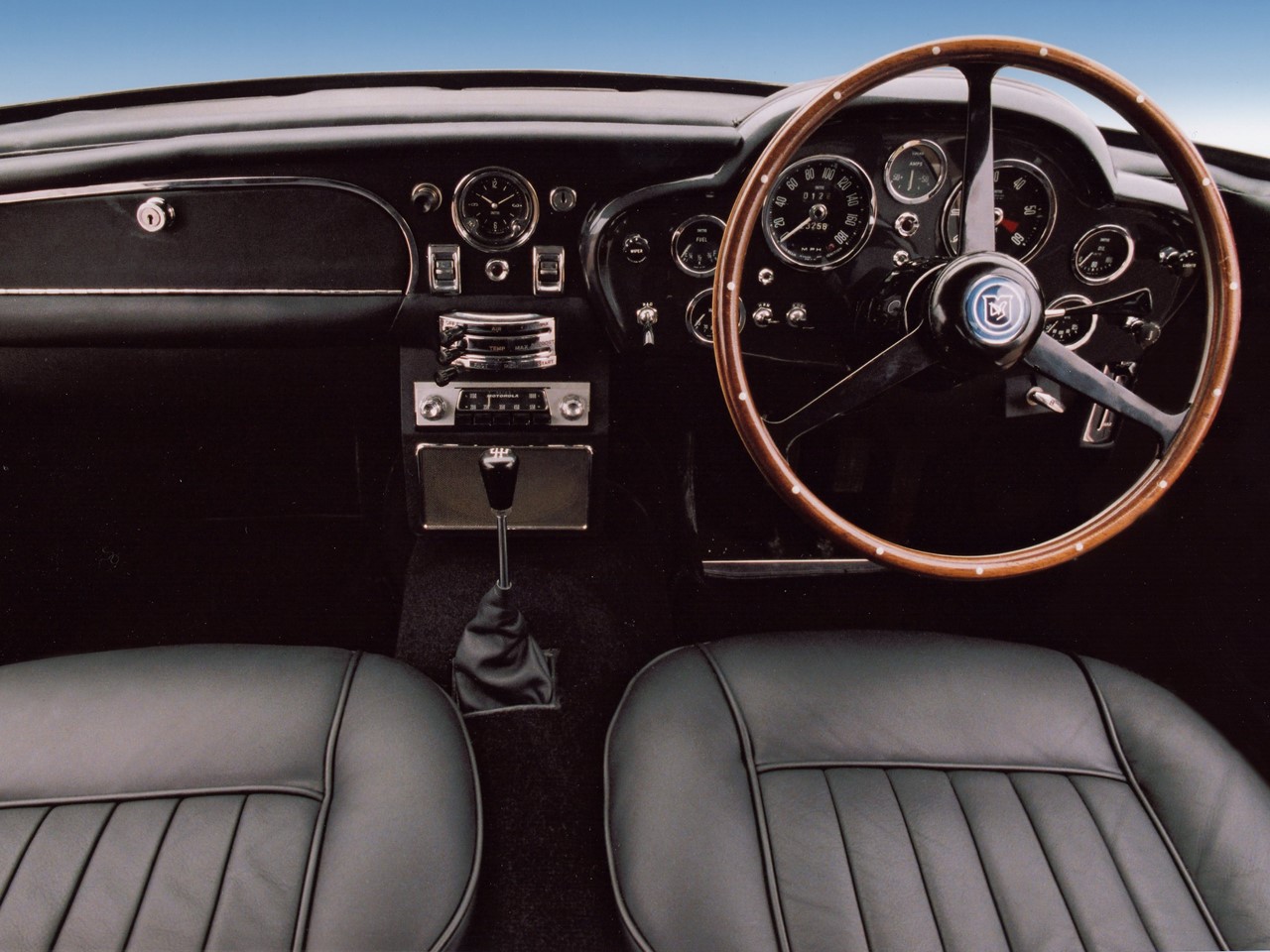 The Aston Martin DB5 sports the minimalist approach to cabin appointments. All pertinent information is displayed directly in front of the driver. The heady aroma of impeccably tailored leather is as important as the grip of its hand-crafted steering wheel. Aston Martin is among the purveyors of grand tourers of the world. 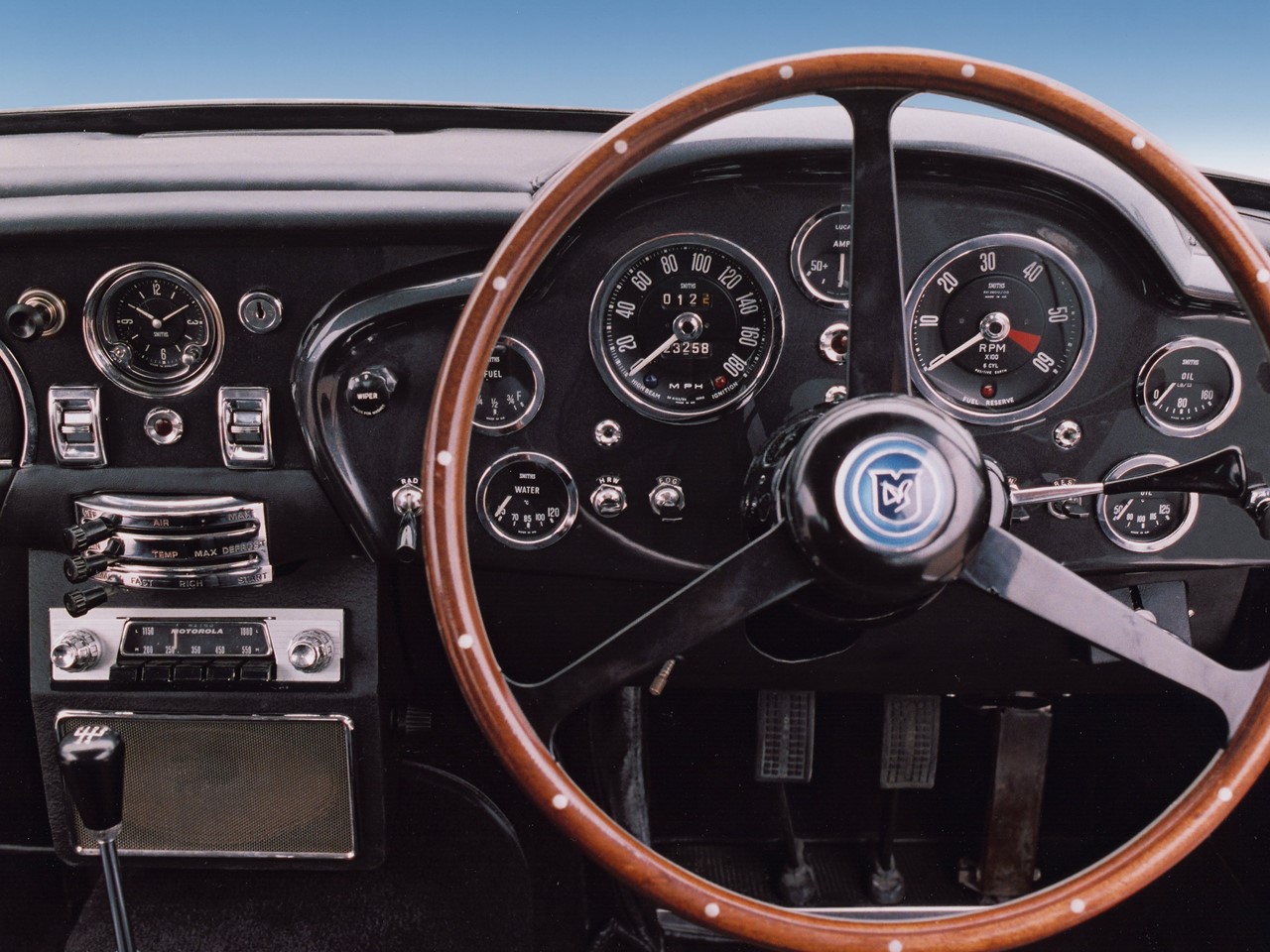 Aston Martin DB5 is a genuine sports car with no frills…

Extraordinary automobiles for extraordinary people. Aston Martin has been creating excitement for over 100 years. The DB5 is the most famous of all models. This elegant grand tourer was built from 1963 through 1965 as convertible, hardtop, and Shooting Brake body styles. Exemplary British hand-crafting, the ultimate in high-performance, and one of the world’s most beautiful automotive designs makes the Aston Martin DB5 the quintessential classic sports car for a true enthusiast.

And having James Bond on your resume can’t hurt either…The Superleggera construction makes it as unique as the vehicle itself. Performance is built into an Aston Martin, not just tacked on as a package option. These are raw-power experiences…not just a good power-to-weight ratio. The DB5 is a driver’s car that typifies classic British sports cars from the genre – but then…an Aston Martin is not just a car…now is it? 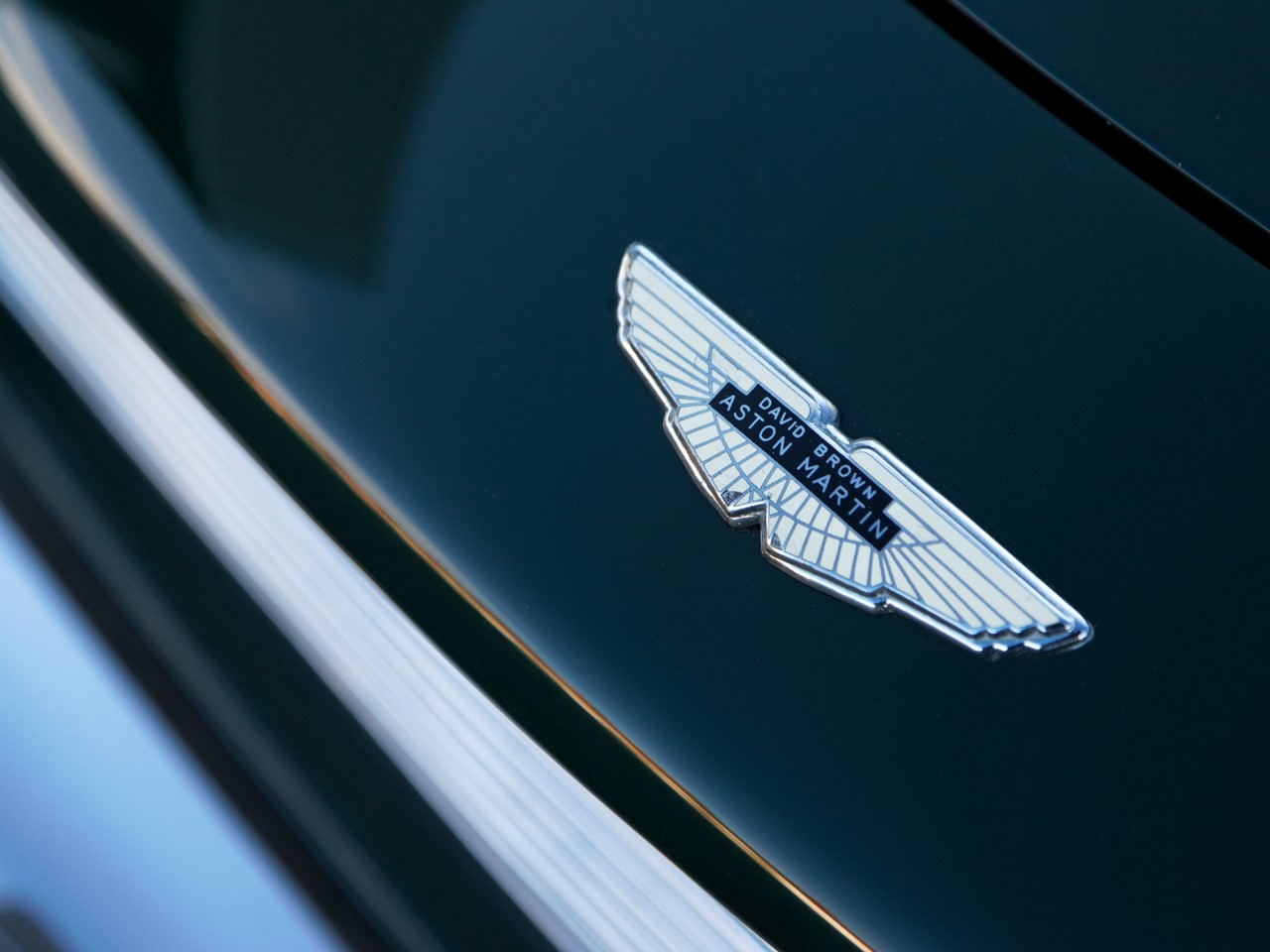 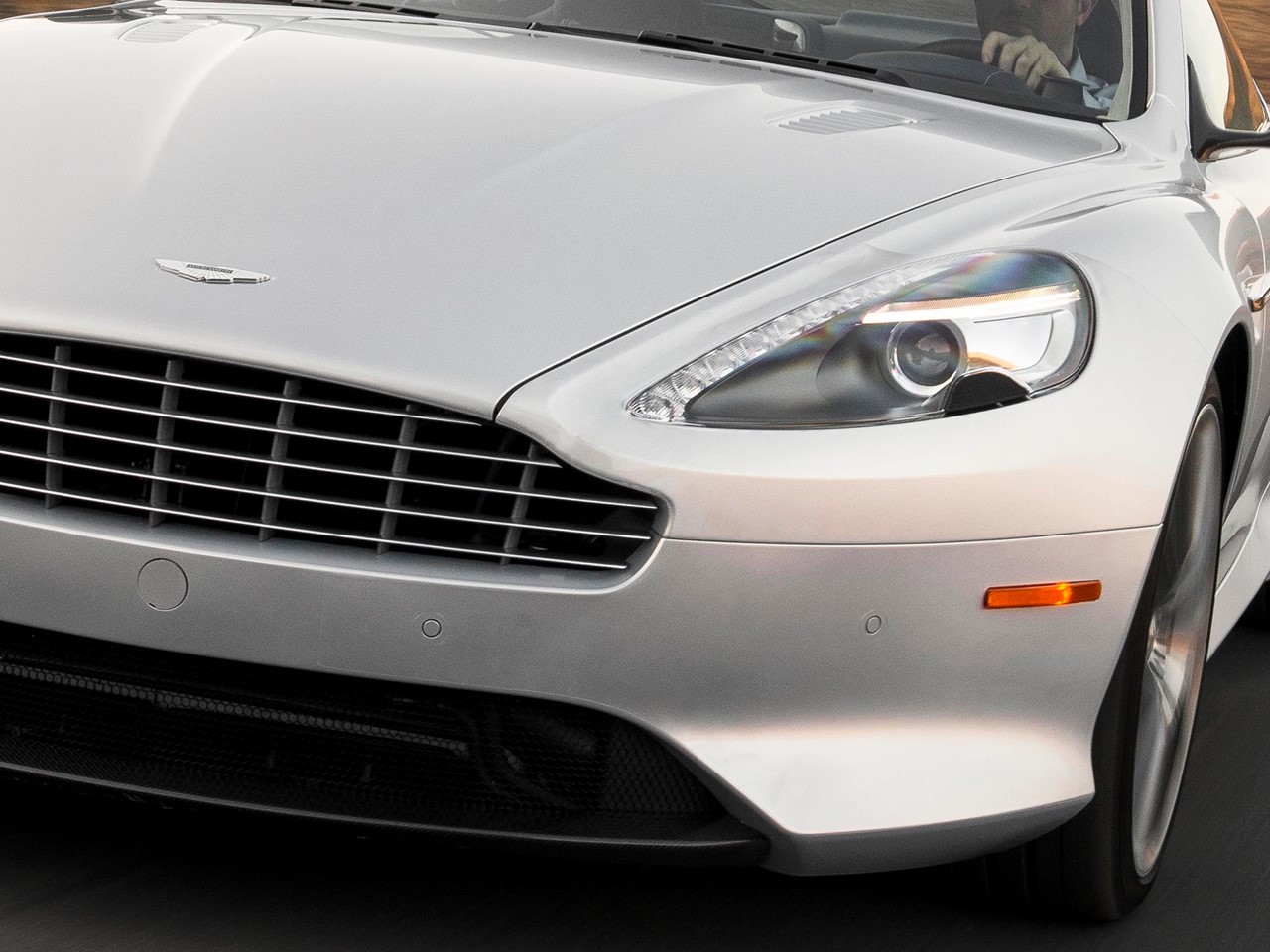 Or the fact that it does the ¼ mile @ 115 mph in 12.5 seconds? And lest we forget, the ZF 6HP 6-speed automatic with Touchtronic 2 manual shift mode?  The Aston Martin DB9 is the contemporary grand tourer. The only thing more exciting than an Aston Martin motorcar is another Aston Martin. Engineering, performance, and beauty rank top marks in its class. Aston Martin epitomizes British hand-craftsmanship continuing the proud tradition – 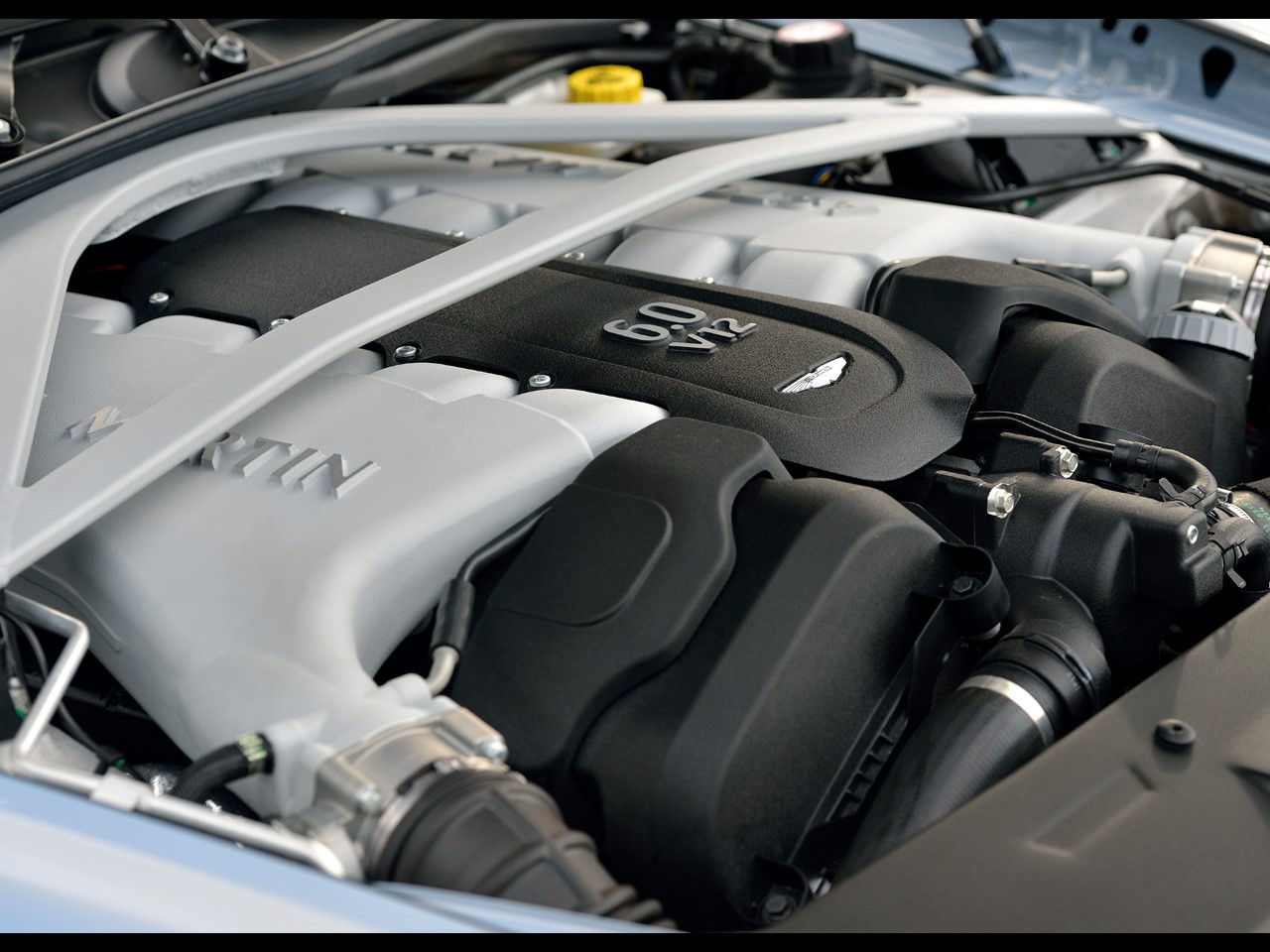 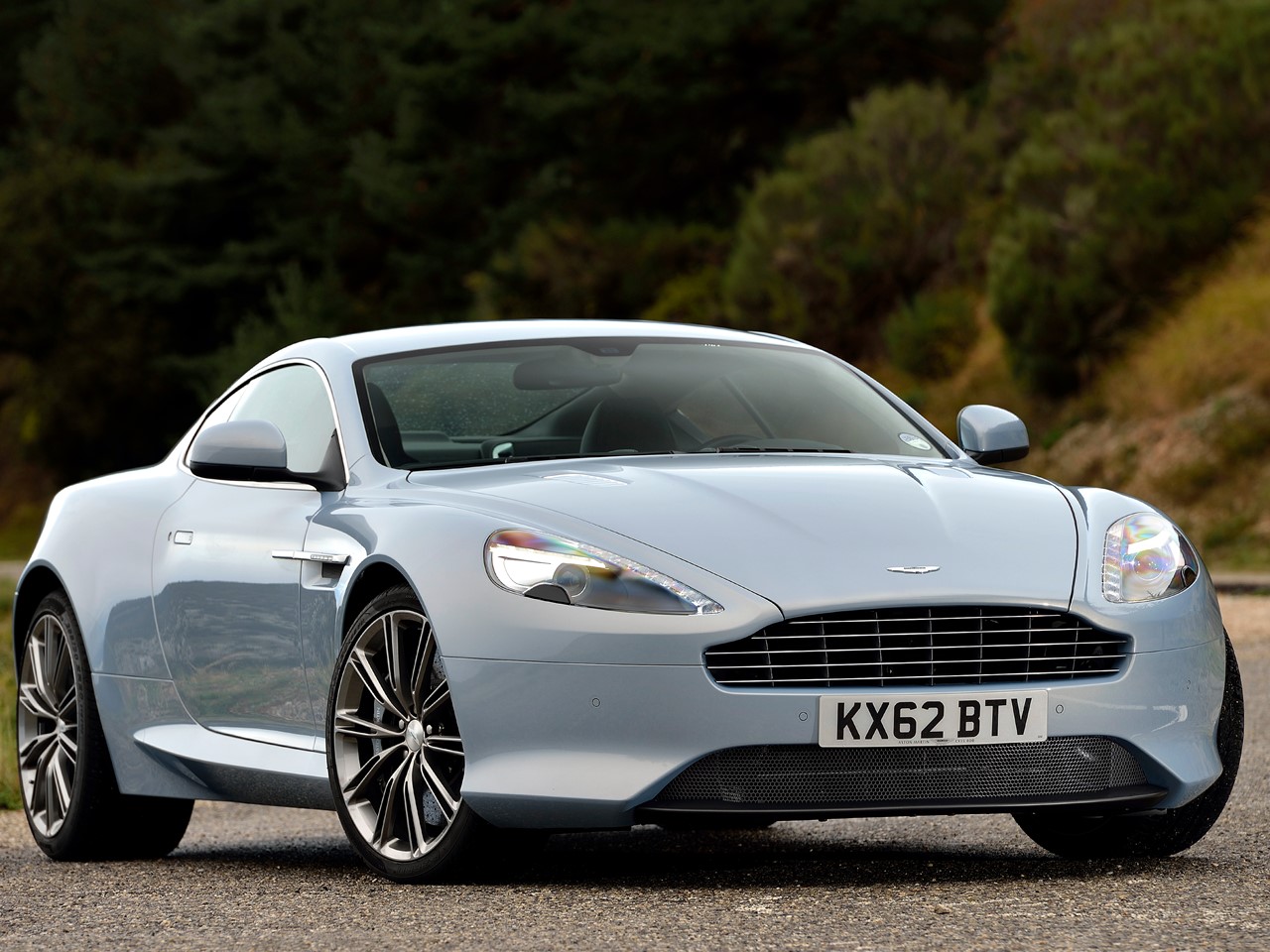 …a matter of choice

Aston Martin is the ultimate icon