“Big Ben” in his most aggressive state…

As an automotive journalist and connoisseur of fine automobiles, I seek perfection to share with my audience. Bentley, with its legendary high-performance and understated luxury is a sterling example of the finest hand-crafted automobile in the world.

From the notorious victories at LeMans with the famed Bentley Boys, to the sublime refinement of today’s versions…Bentley is the pinnacle of excellence in motorcars. The Bentley Speed tradition combines outstanding performance unmatched by rivals in its class. The cast includes a dazzling array of performers. “Speed” is part of Bentley’s DNA.

The Bentley EXP 10 Speed 6 is an avant-garde combination of motorsport-influence and a peek into the future of the brand. The ultimate Flagship offers a dramatic version for those who prefer a more formal approach with the Mulsanne Speed saloon.

The motorsport-inspired Continental GT Speed is available for those who enjoy a luxury sport car with panache. It is most evident …forward thinking, understated luxury, and high-performance are available to suit individual tastes…the new Bentley Motors proves it indomitably – Big Ben continues to rule with authority…

The Bentley EXP 10 Speed 6 is history in the making. It was introduced at the Geneva International Motor Show March 3, 2015. This luxury motorsport-influenced two-seater represents a vision into the brand’s future and could possibly be a design predictor for production models. The flowing lines of the bold athletic architecture is augmented by its chiseled, powerful in-motion look.

Its styling hints at an aircraft fuselage with wings. Performance goals are not only to challenge its competitors but also to define a new benchmark in the already impressive Bentley portfolio. Its running buddies will be supercars such as the Aston Martin Vanquish, and the Ferrari F12berlinetta. 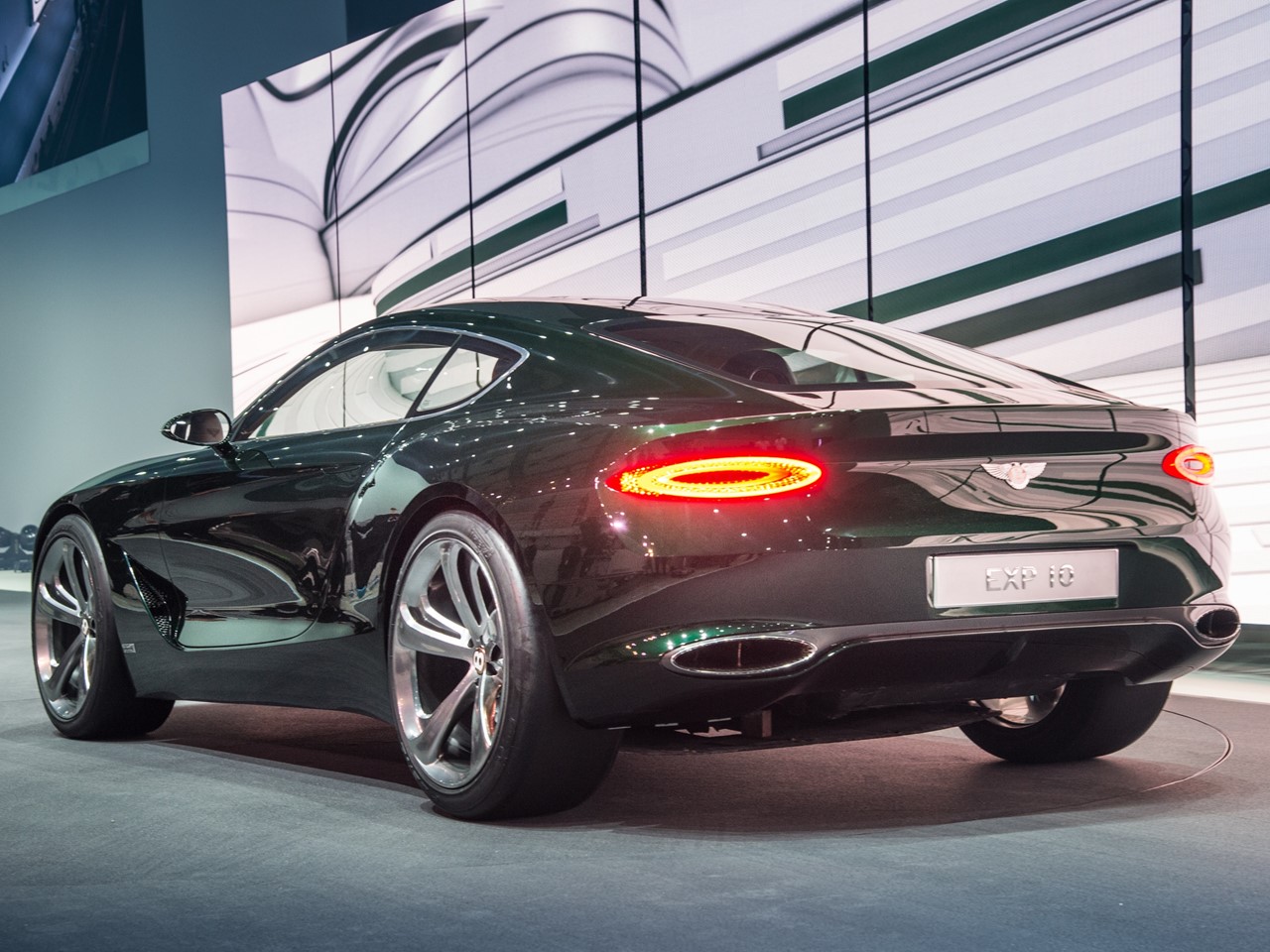 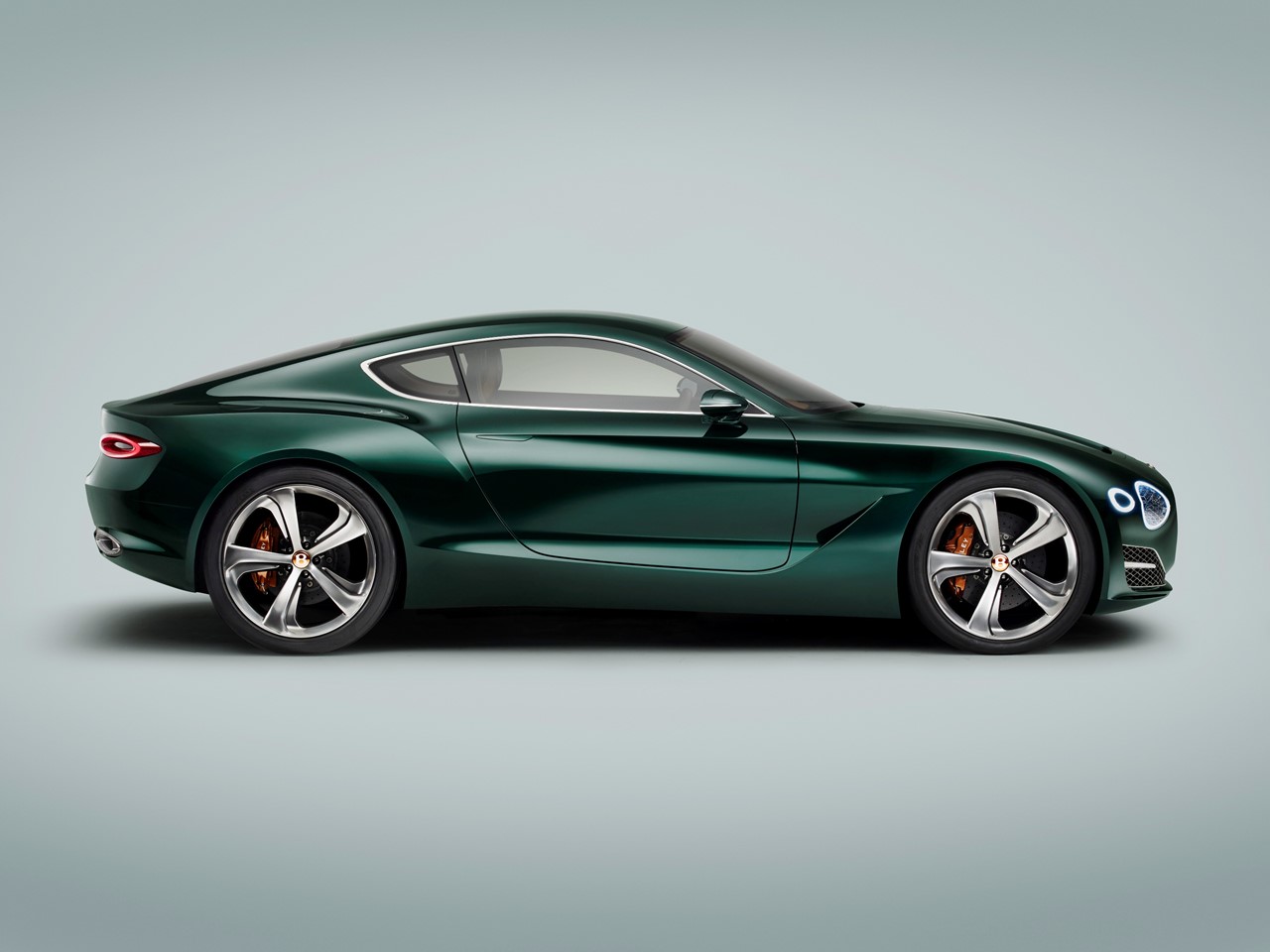 This exquisite concept is a dynamic new design which synthesizes past, present and future styling cues. The Bentley EXP 10 Speed 6 is an exciting new edition of the Bentley philosophy. It is a compilation of technology and exemplary British hand-crafting.

It will employ the 3-D metal printing process which uses lasers and computers. This new science can create most any shape or geometric feature. It brings to life a new realm of detail and is used in the grill mesh, exhaust ports, door handles, and side vents. This technique will also be used to create cabin accents. The Bentley EXP 10 Speed 6 is the British interpretation of a luxury high-performance, high-tech two-seater. (Tally-ho!) 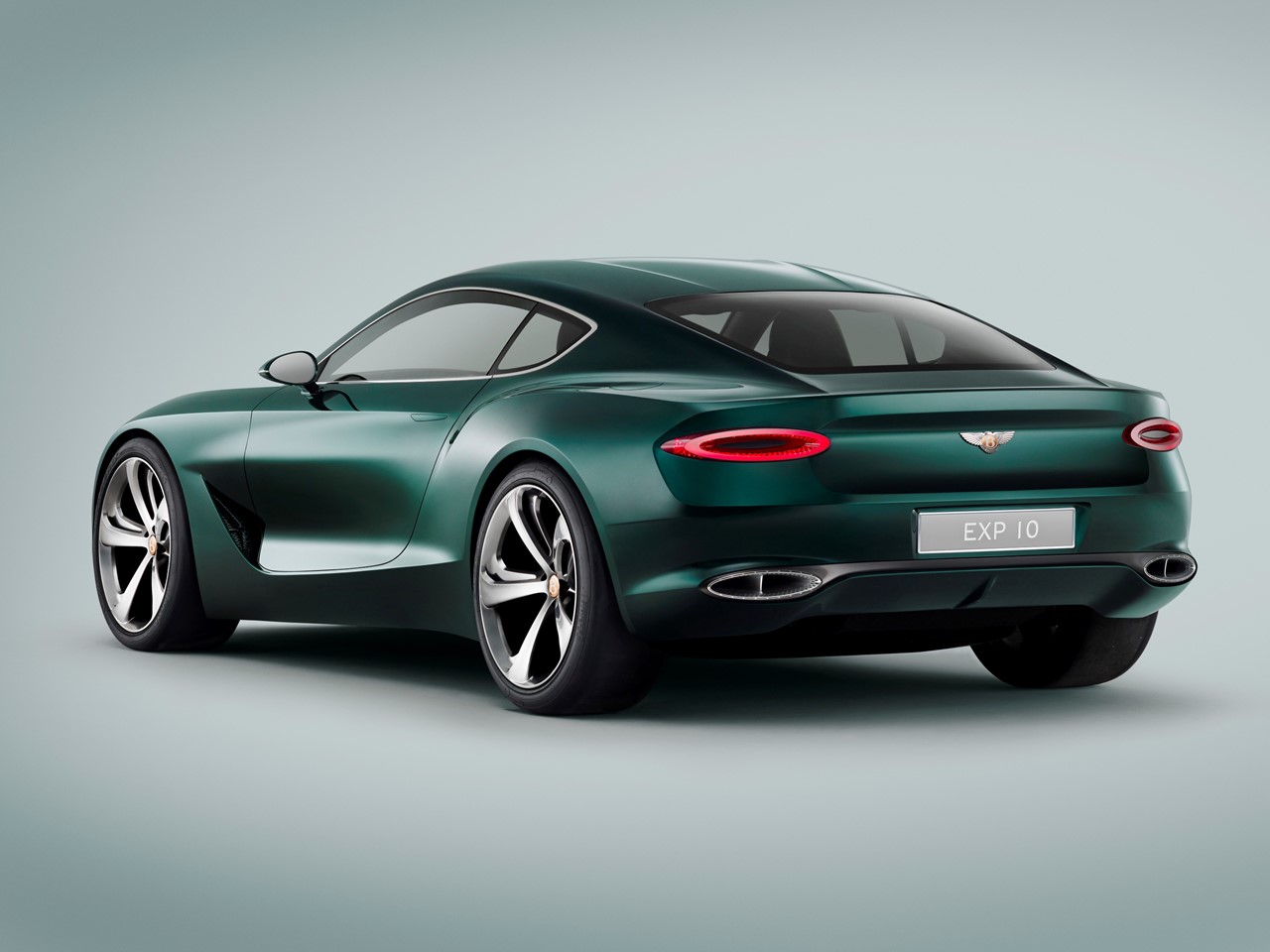 The Bentley EXP 10 Speed 6 could possibly be powered by a form of hybrid engine. It could also use a 4.0 litre twin-turbocharged V8 producing 500 hp based upon the highly successful Bentley Continental GT powerplant. Since this is a new direction for the brand, we will have to wait with bated-breath for the actual specifications regarding this highly impressive all-new luxury sport car.

Here’s a glimpse into Bentley’s future… 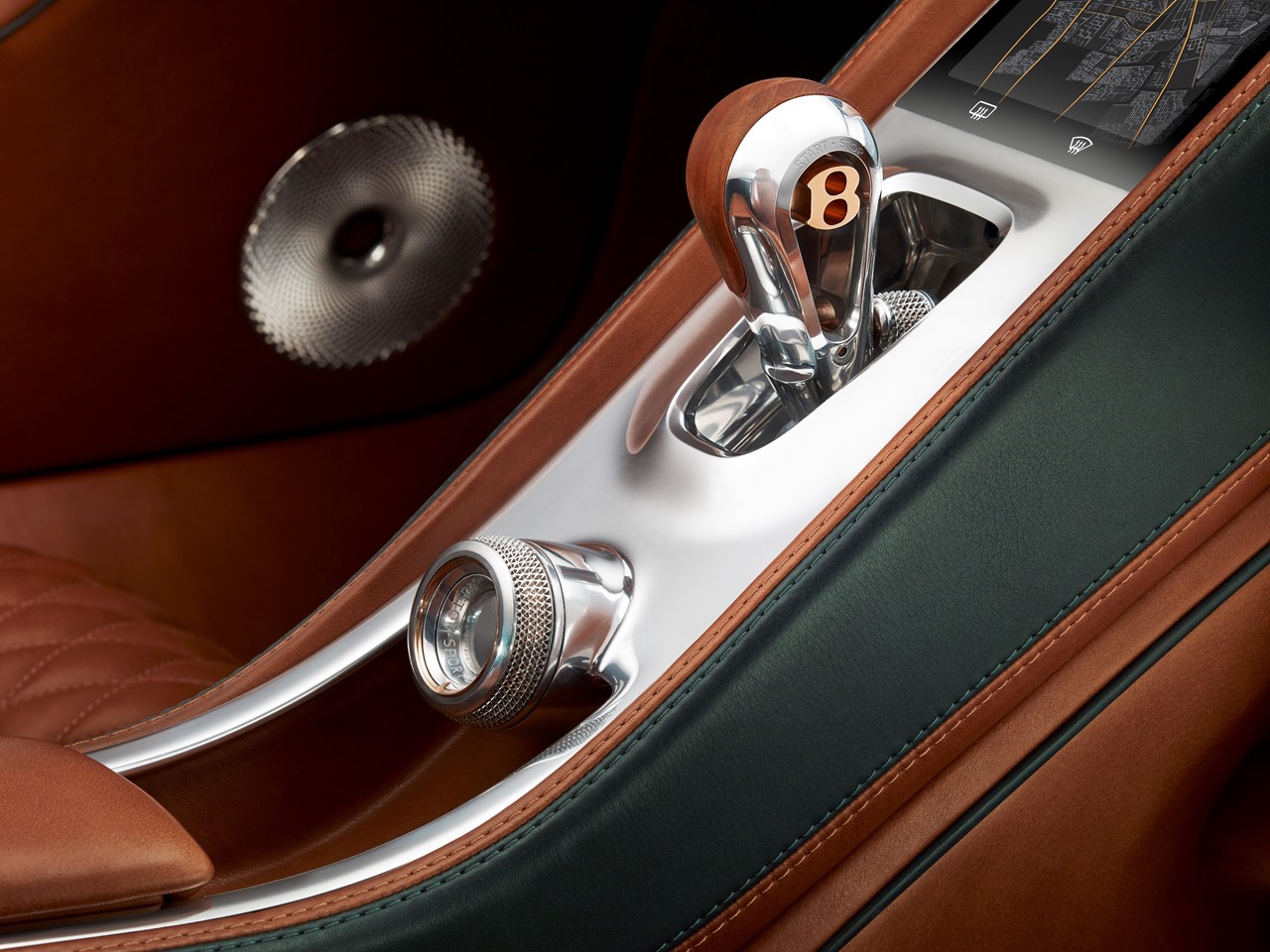 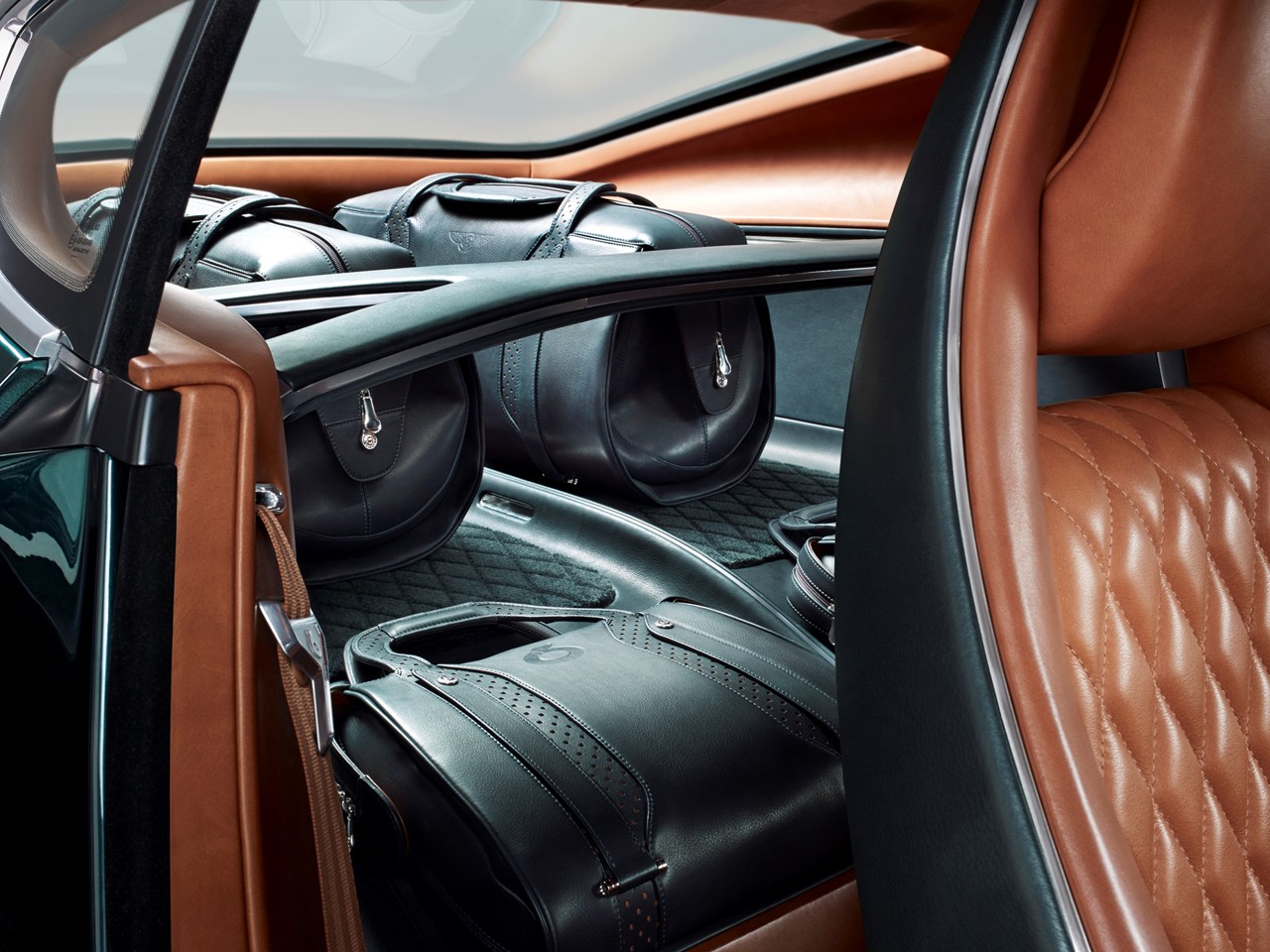 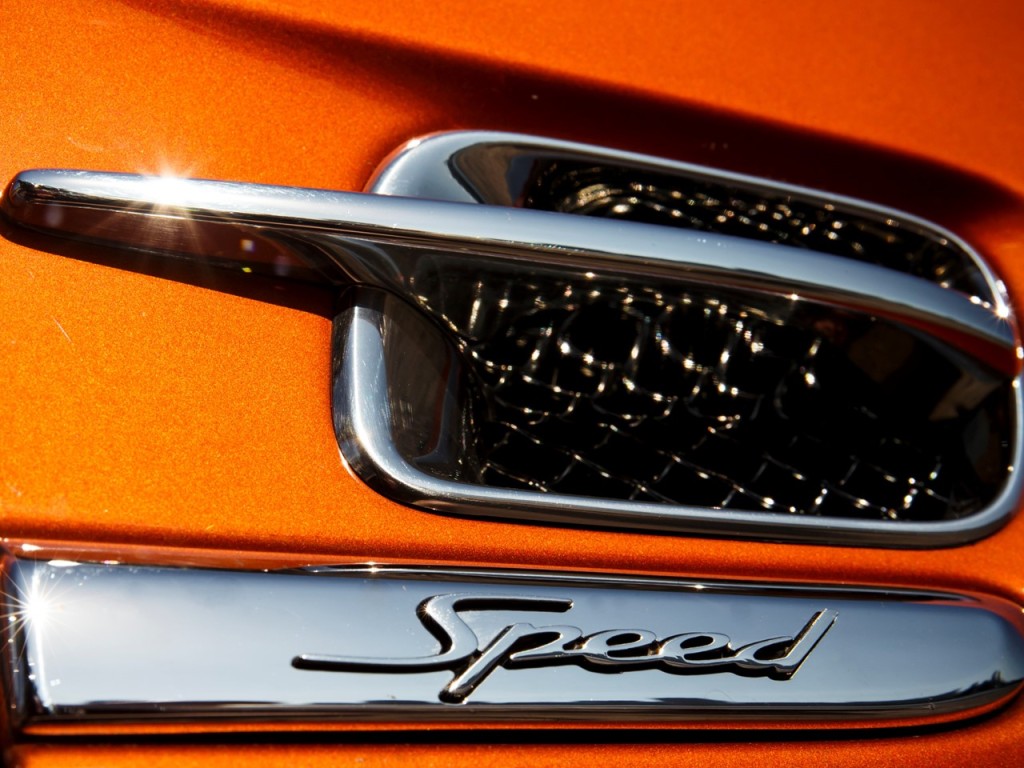 The Mulsanne Speed combines authentic Bentley values with 21st century engineering and technology. Determination to exceed and set new standards of engineering excellence is impetus to the brand. The Bentley strive for perfection is evident in the Mulsanne Speed. Its 6.75 litre twin-turbocharged V8 is tuned to deliver high-revs at low rpms which has always been a Bentley signature.

The foremost objective is to generate the feeling of relaxed control with minimum demands on the driver. The Bentley Mulsanne Speed is rated as the fastest production ultra-luxury saloon in the world. It is the quintessential Flagship with the legs of a sporting machine –

The Bentley Mulsanne Speed is designed for the driver who seeks performance without compromising luxury. This luxurious four-door saloon is powered by Bentley’s 6.75 litre 16-valve, 412 CID twin-turbocharged V8. The engine has been re-engineered for both Mulsanne and Mulsanne Speed models. It has a redesigned combustion system using a new combustion chamber, inlet ports, fuel injectors, and spark plugs. 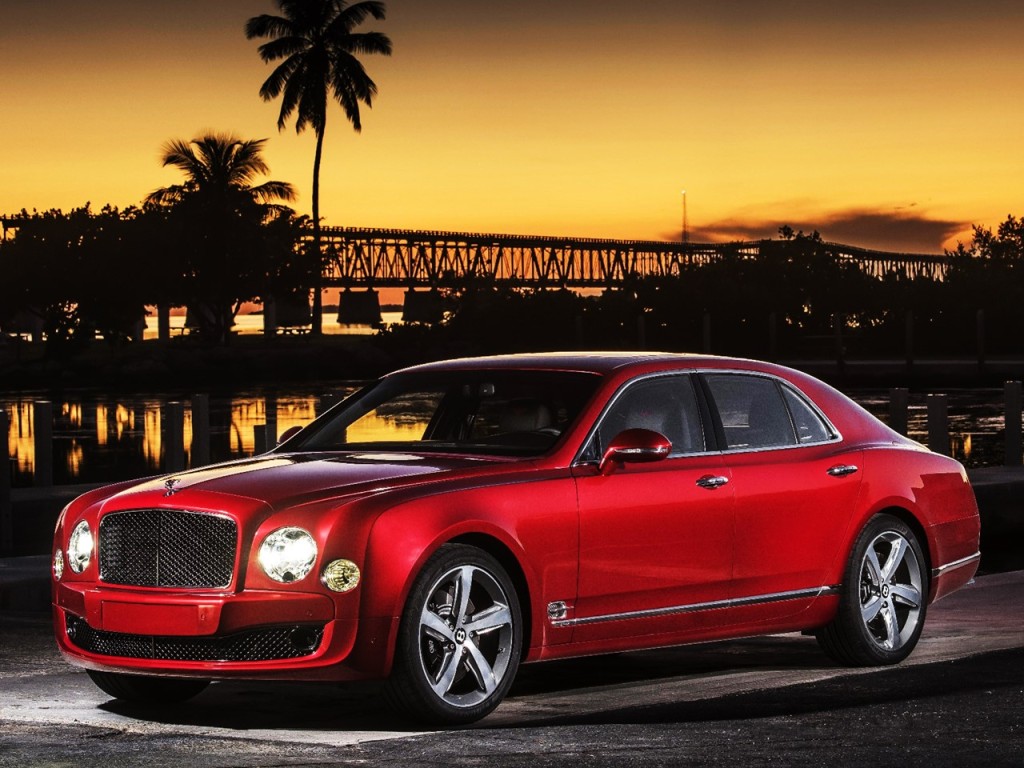 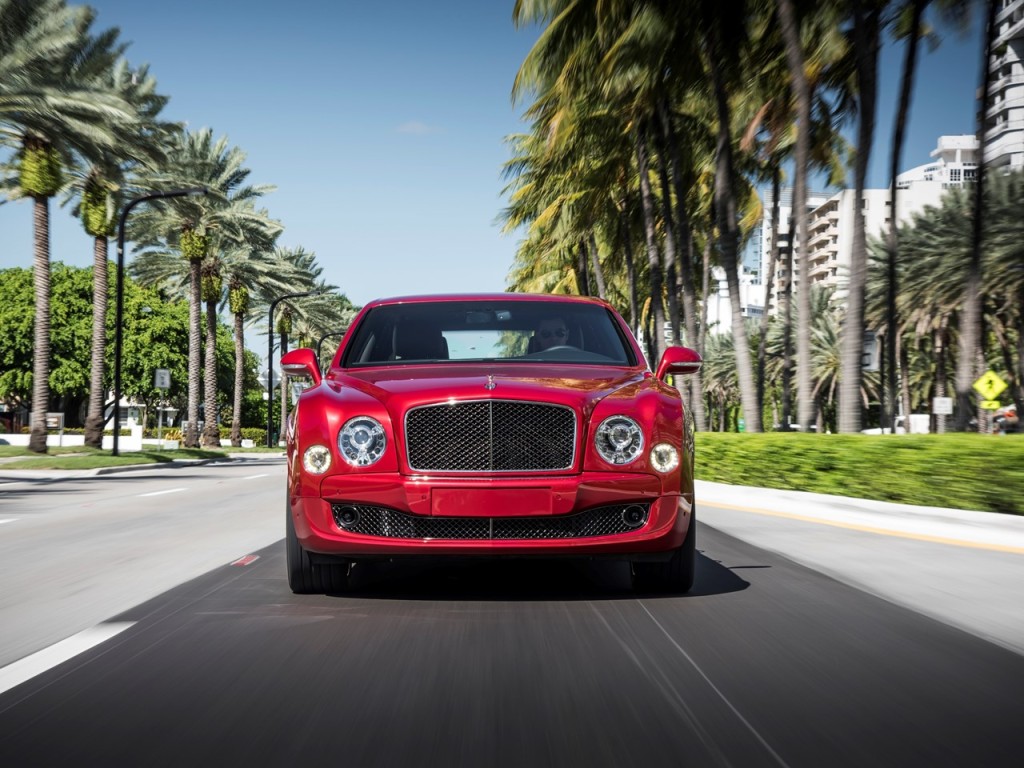 This simply amazing V8 engine makes it “the unexpected economy car.” The Bentley Mulsanne Speed is a high-performance luxury saloon geared for today. Its exclusive engine management system is calibrated to allow the V8 engine to run as a “V4” while cruising at low speeds with light loads. The highly efficient cylinder deactivation system has been re-tuned for smoother transitions between V4 and V8 operation for greater refinement. New gearbox control logic and engine hardware improvement aids its new level of efficiency as well. 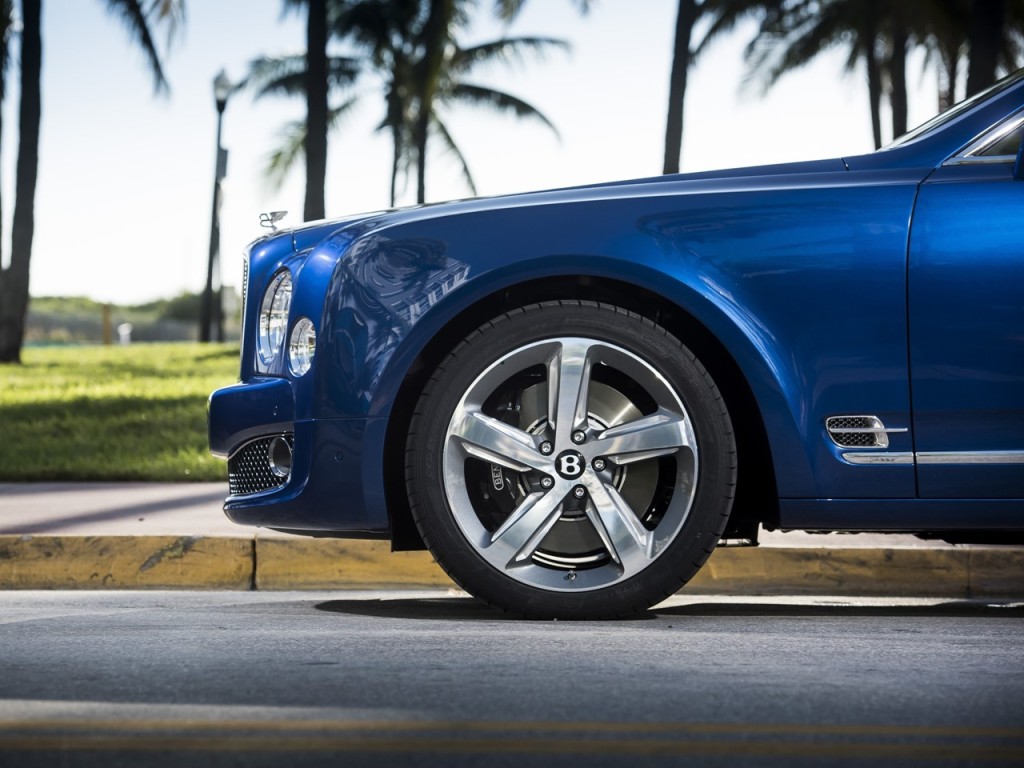 The personal tailoring system transforms the Mulsanne Speed from a docile refined limousine to a high-performance luxury brute. Engine refinement and a recalibrated gearbox are only a fraction of this car’s fine tuning. Its chassis system may be tuned to suit the owner’s driving style. Bentley, Comfort, Sport, and Custom modes are available to further calibrate the Mulsanne Speed experience.

The major objective for Bentley designers is to create a relaxing experience for both driver and passengers. The driver’s seat for instance…is positioned placing it where the driver is in total command. The road ahead is clearly visible. There’s a precise alignment between the steering wheel, pedals, and seat, which ensures a more elegant driving experience. A Bentley is designed for ease of use. All pertinent functions are directly in hand. Controls for secondary functions are discretely in the background making sure any distractions are kept to an absolute minimum.

The Mulsanne is one of the most tastefully appointed saloons in the world. A coined finish to door handles, knurled gear shift lever, and “organ stop” ventilation controls gives the cabin a unique sporting appeal. The drilled alloy foot pedals proves the Mulsanne Speed’s pedigree as the ultimate grand tourer. The cabin is as luxurious as it is sporting –

Of course, there’s the Mulliner Driving Specification featuring an interior of hand-stitched leather and an array of options in which to make your Mulsanne Speed…your very own. Embroidered Bentley motifs are tastefully applied to the seats…from carbon fibre door and dash panels to exquisite hand-crafted wood veneers, a Bentley Mulsanne Speed is a highly bespoke automobile. There’s an exciting new technical veneer option available that uses a Piano Black with hand-crafted carbon fibre inlays. There is also a new Tamo Ash veneer to choose. Mulliner can match any color that’s appealing to you from your favorite shade of wall covering to that extra special linen blazer…sky’s the limit to coin a phrase. 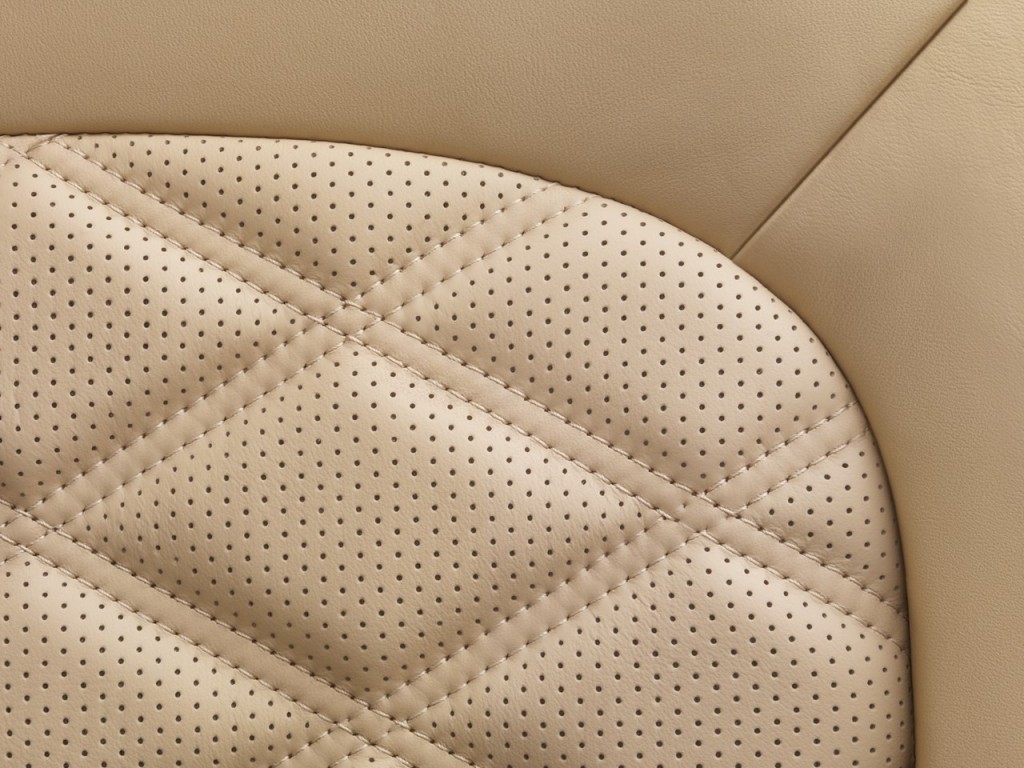 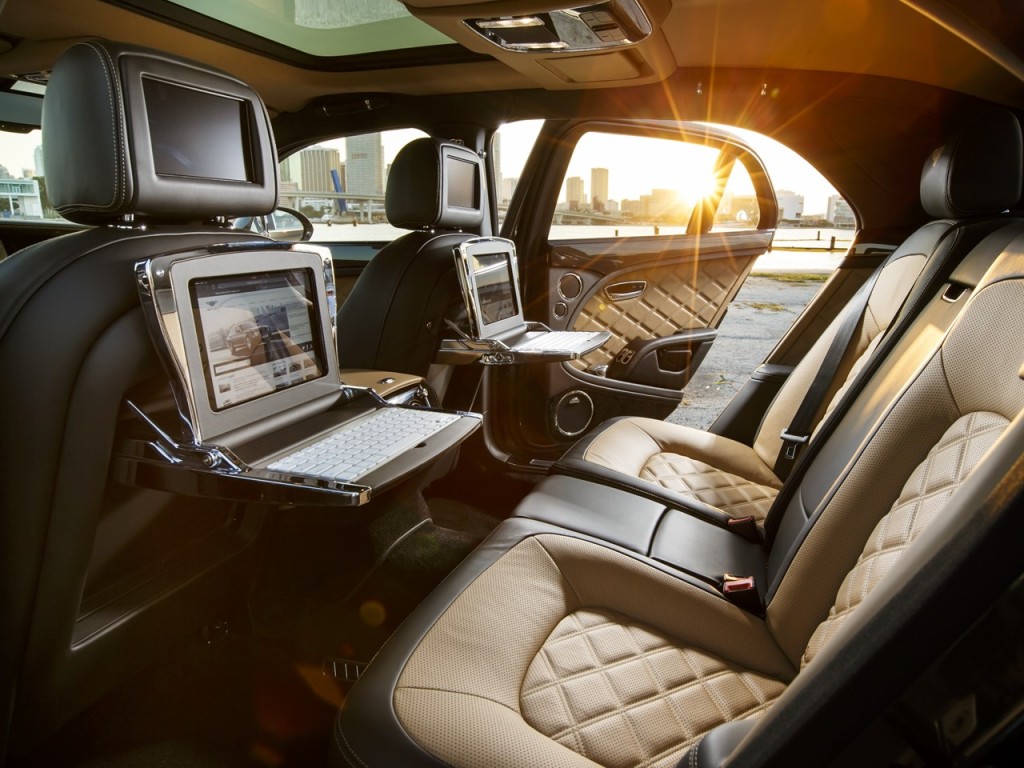 How about a rear seat executive suite? 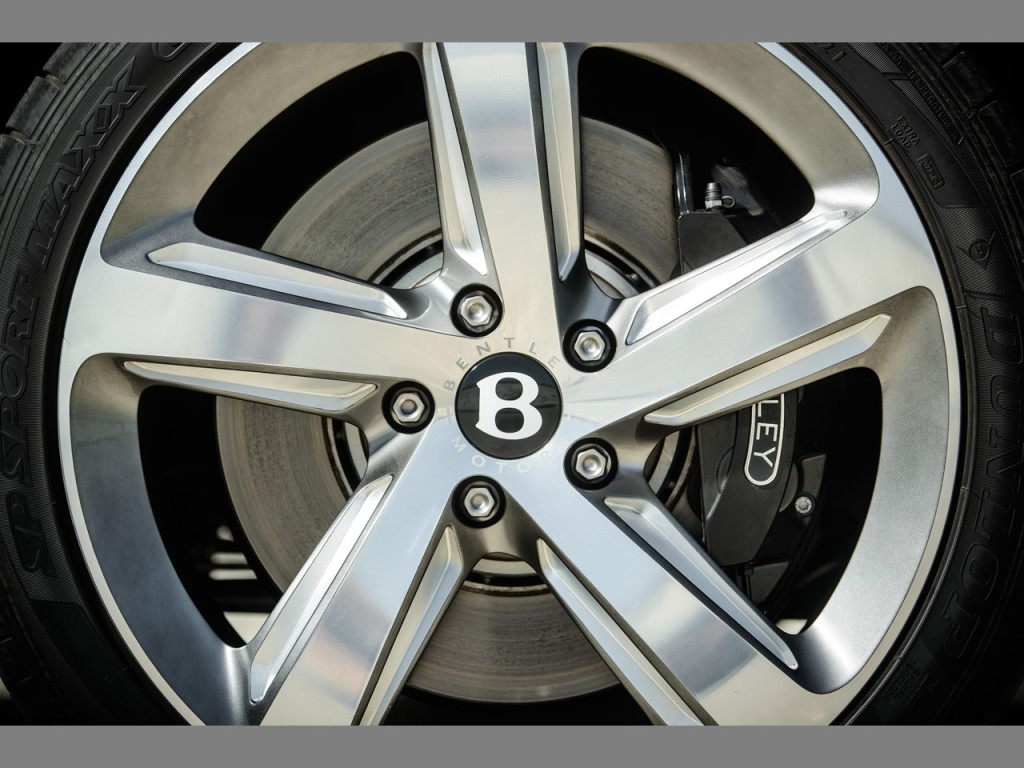 The Bentley Mulsanne Speed rides upon a long 128.6” wheelbase, is 75.8” wide and has the luxury length of 219.5” which makes it a large and most comfortable saloon. Its four-wheel independent suspension rides on a cushion of air. Its self-leveling is totally automatic with Continuous Damping Control. It has double wishbones up front and a multi-link set-up at the rear.

ZF Servotronic speed-sensitive power rack and pinion steering aids its effortless overall operation. Its power four-wheel disc braking system has 6-piston calipers fitted to the front axle and single-piston sliding calipers fitted to the rear axle. From the prominent Bi-Xenon projector headlamps to the floating ellipse-style taillamps the Bentley Mulsanne Speed is the definitive luxury sporting limousine. (Can you tell I am Mulsanne-biased? The dealer had to pry me out of the driver’s seat when I test drove it for this story!) 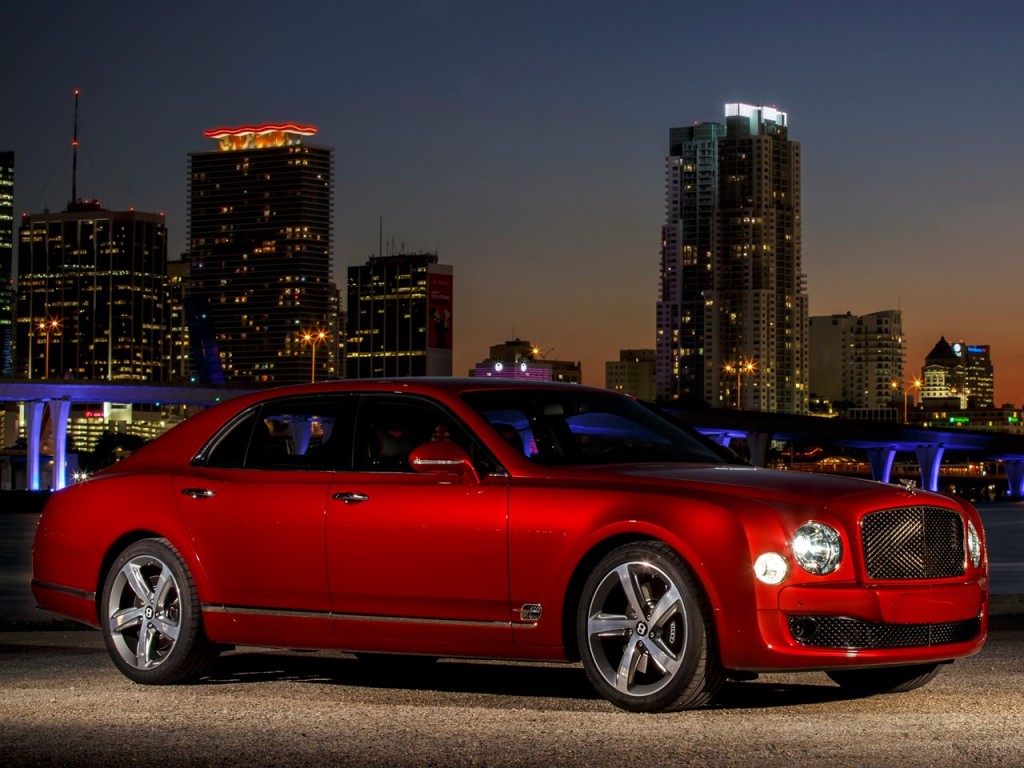 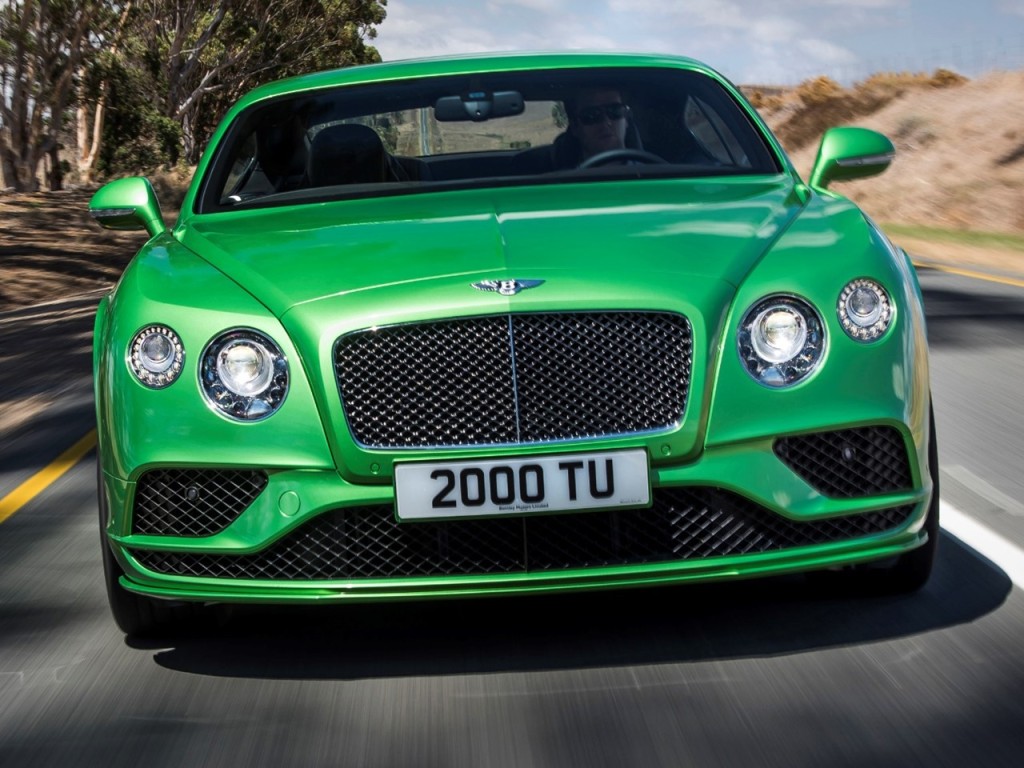 Another impressive thoroughbred is the Bentley Continental GT Speed. It is the latest edition in the evolution of the formidable Continental series. This elegant grand tourer is also one of Bentley’s fastest production models. It is equipped with a 6.0 litre 32-valve twin-turbocharged W12 engine. Its design is two V-6 cylinder banks joined at the crankshaft thus creating the “W” configuration –

It delivers a potent 626 hp @ 6,000 rpm with an enormous 820 Nm of peak torque @ 1,700 rpm. The engine feeds power to a permanent all-wheel drive ZF 8HP90 8-speed automatic transmission with Quickshift and manual shift mode. The Continental GT Speed’s chassis is lowered with a stiffened suspension for its aggressive high-performance spirit –

The Bentley Continental GT Speed is the hand-crafted luxury sport car available for those who dare be different. The iconic fast back design calls for the open road. The compact size and shorter wheelbase aids stability around curves. Its sleek silhouette has a wind-cheating drag coefficient of just 0.33 adding to its excellent driving attributes.

It is one of the sportiest rides to drive out of Crewe. This is the totally driver-focused Bentley.  Want even more excitement…try the Continental GT Speed cabrio. There’s nothing like the exhilaration of open air motoring…Bentley style. It’s for the young at heart and is truly going to win your heart. One test drive will prove the point…aggressively – 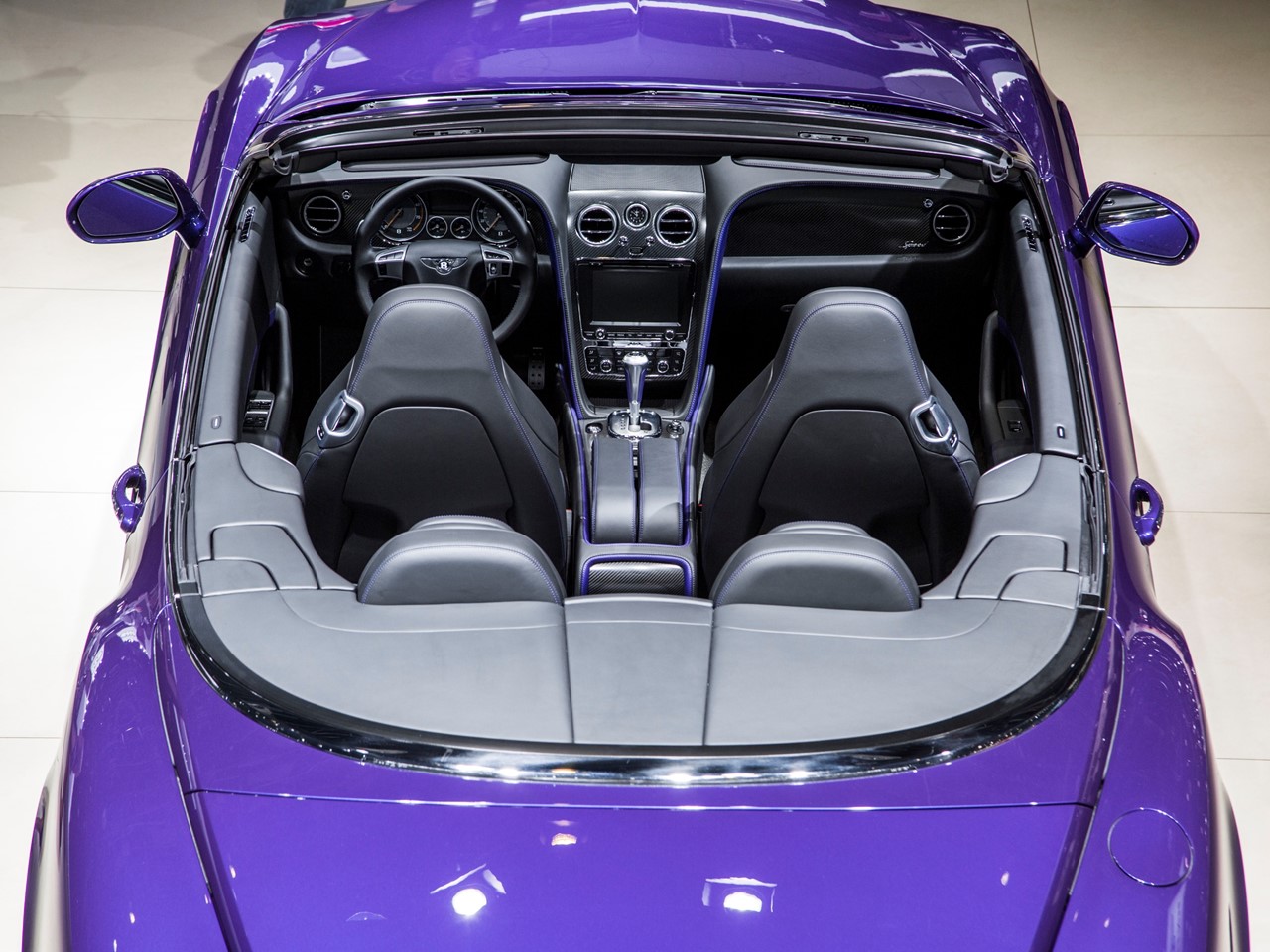 Bright elements across the console are updated, the driver’s instrument panel receives new dials and graphics for a refreshed, more contemporary look, and the beauty of the new interior is now illuminated by LEDs. The center console also features a new black gear lever surround, unifying the style of all driver controls. A luxurious cabin of Alcantara is a distinctive alternative to the glove soft leather. A new softer aniline leather is also available for further indulgence…that’s what Big Ben is all about – 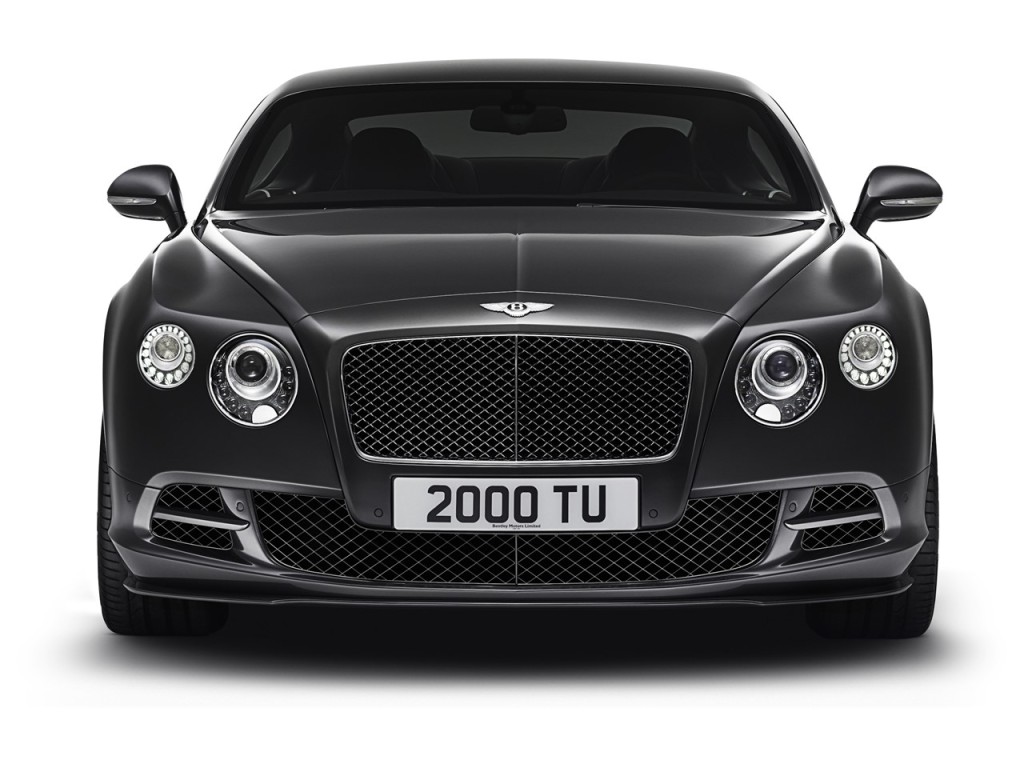 Bentley has always been the high-spirited road-going vehicle and race track champion. Its high revs at low rpm are what made it famous at LeMans. The Bentley Boys took home many victories driving them.  Bentley has a reputation for success. Why do you think John Steed (The Avengers) drove a vintage Bentley? He knew a good thing! The sheer exhilaration of driving a race car clad in street clothes is the secret Bentley owners hid for many years. A Bentley can be compared to a Chateau Lafite Rothschild (one of Steed’s favorite pleasures also)…it just gets better with age. 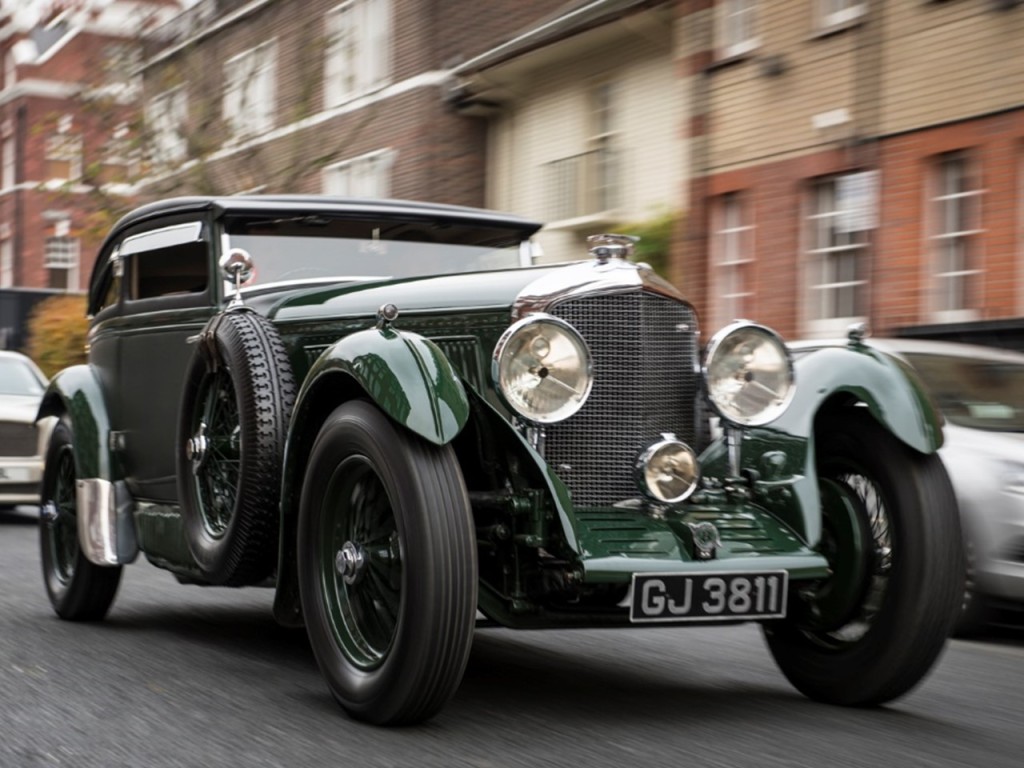 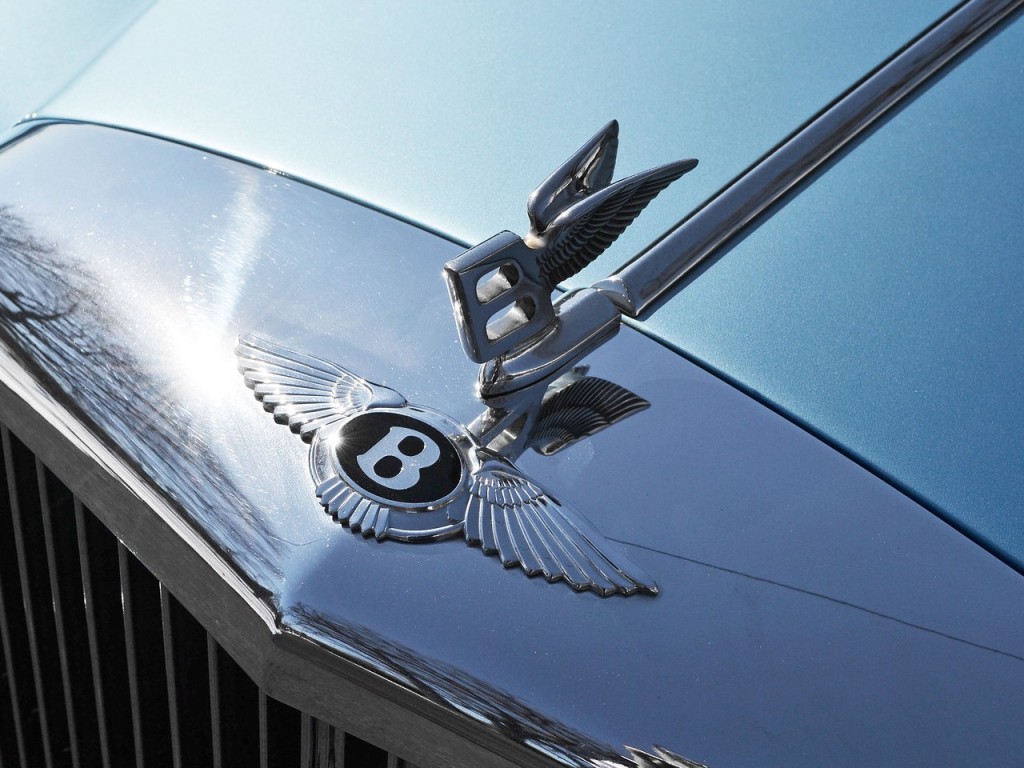 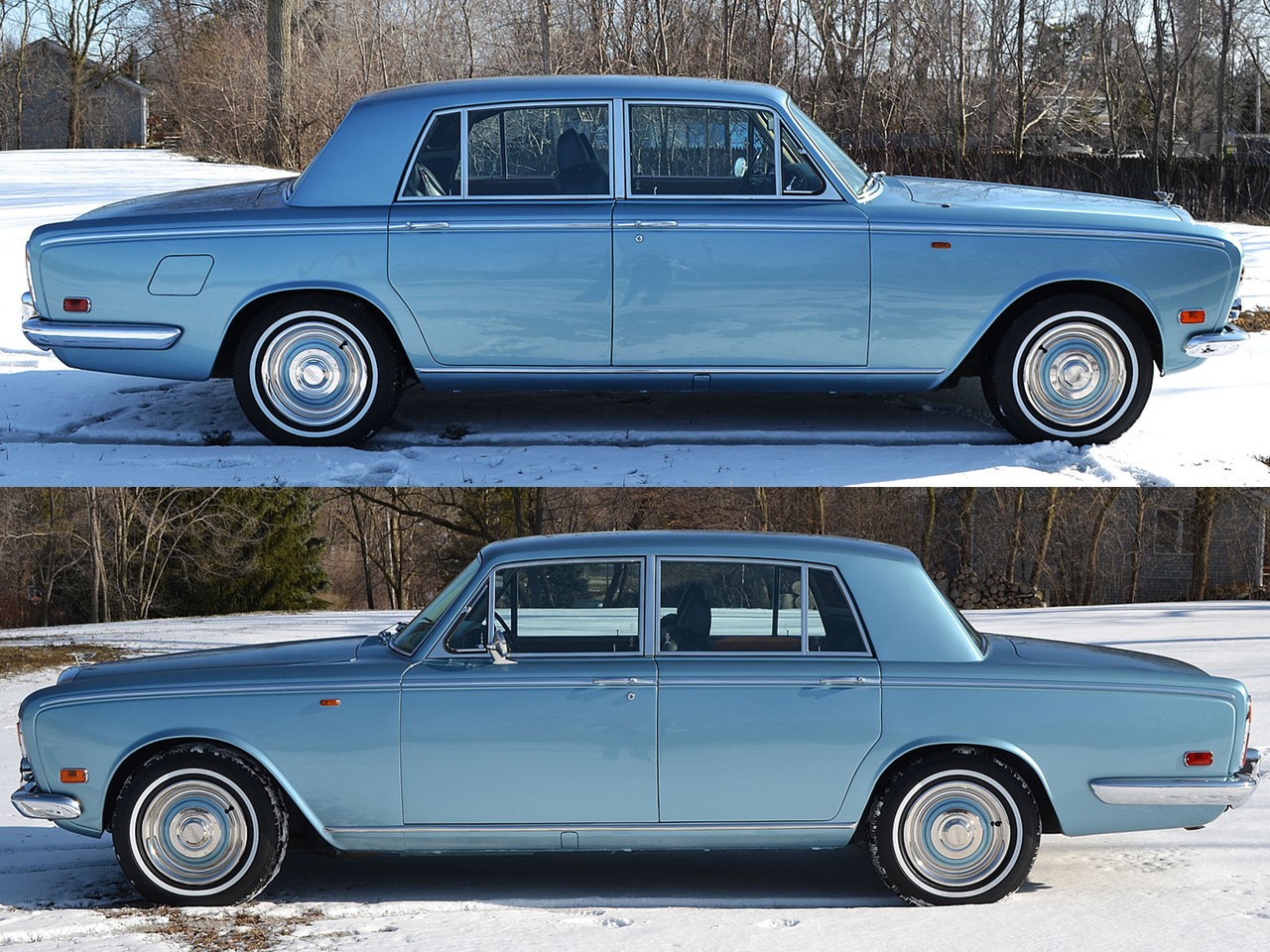 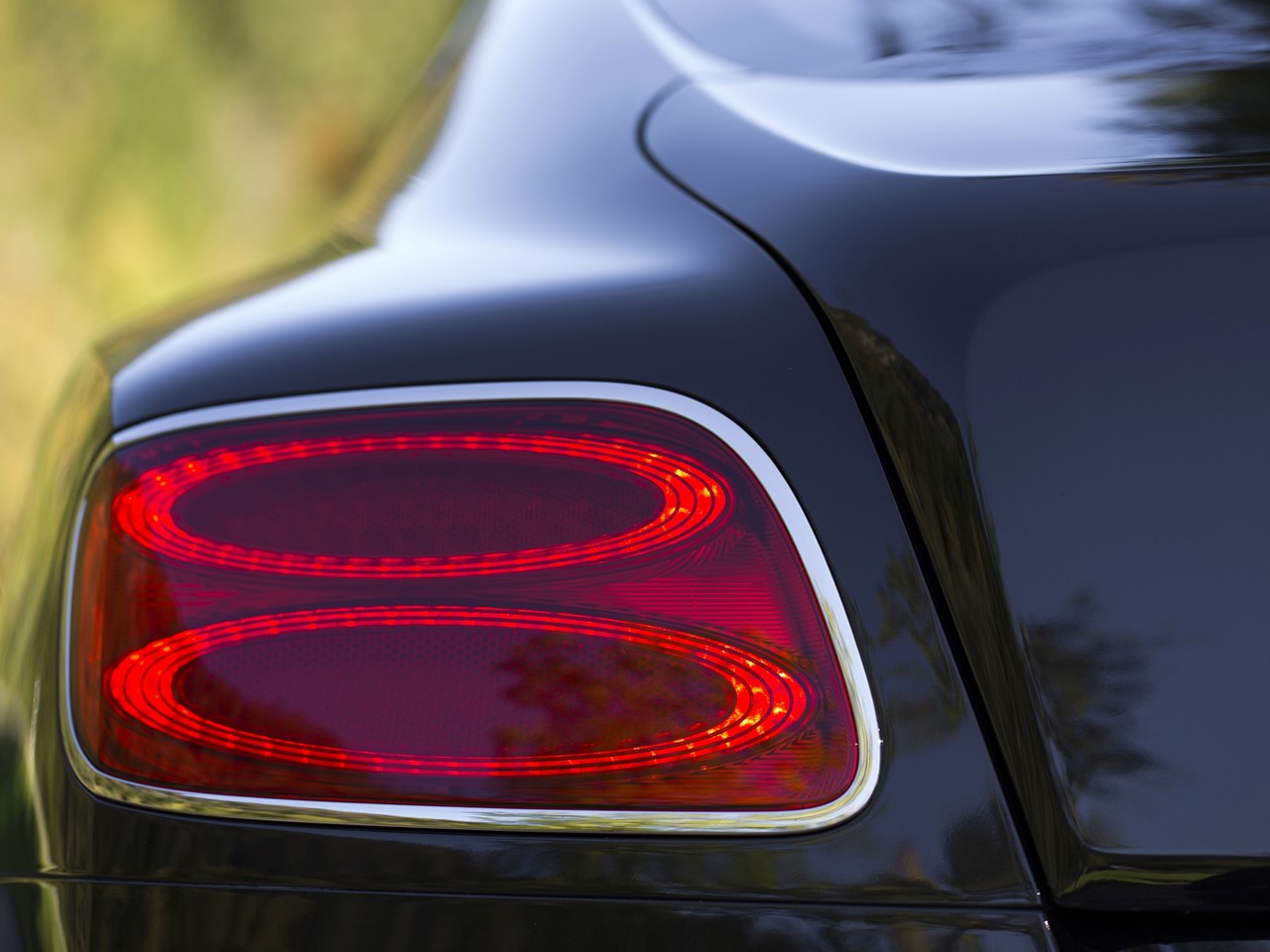 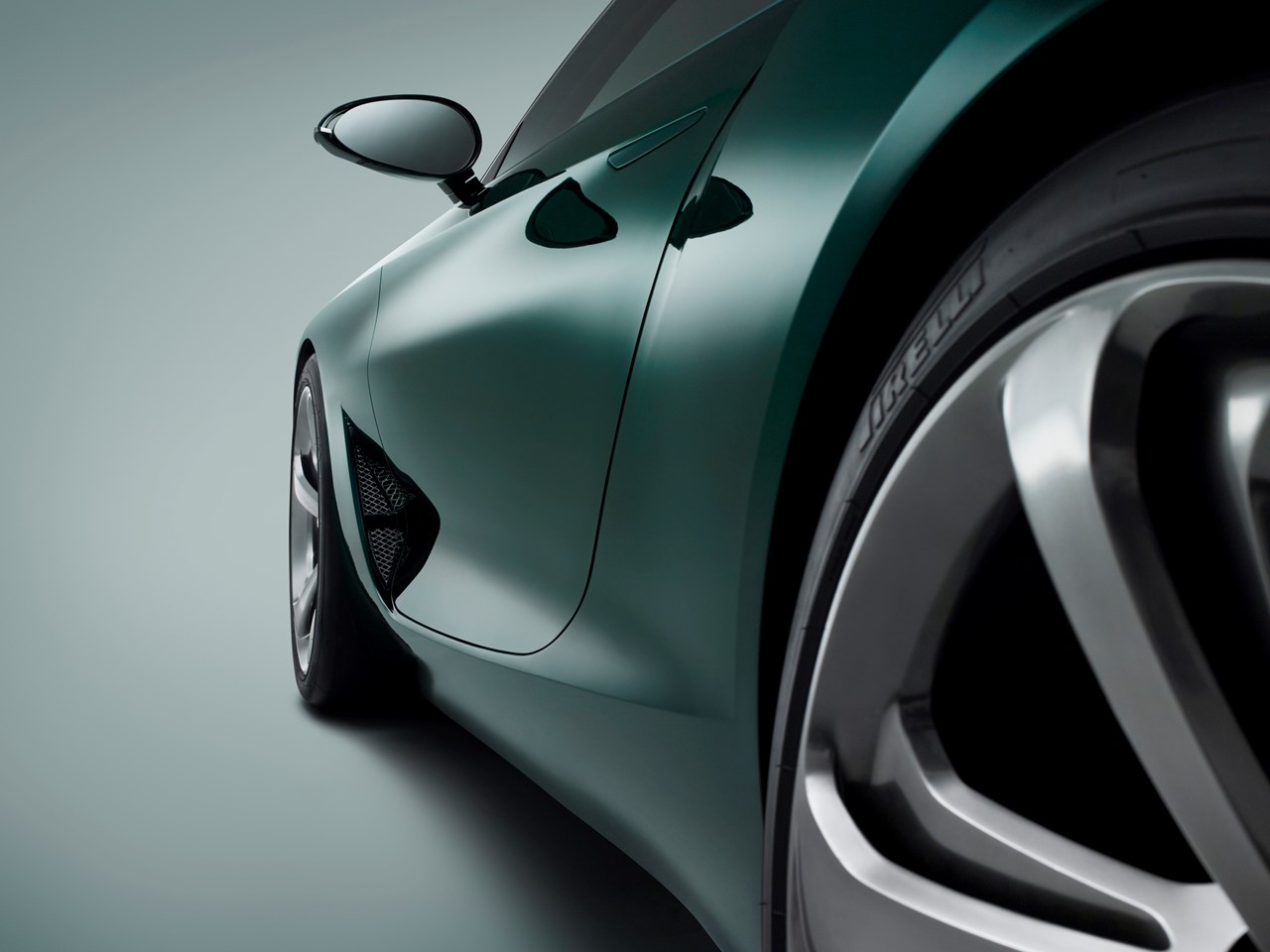 The new breed Bentleys are just as eloquent, even more so with their high-tech cutting edge design. There is a Bentley to satisfy the most discerning driver. So, while we wait to see what form the Bentley EXP 10 Speed 6 will develop into, there are still alternatives.

There is the luxurious high-performance limousine, the Mulsanne Speed – for the driver that desires a more formal four-door saloon. And, for the driver that seeks luxury sport excitement – the Continental GT Speed is the car. But don’t take my word for it…drive one today, I’ll guarantee the fact that you will not want to drive home in your present car – 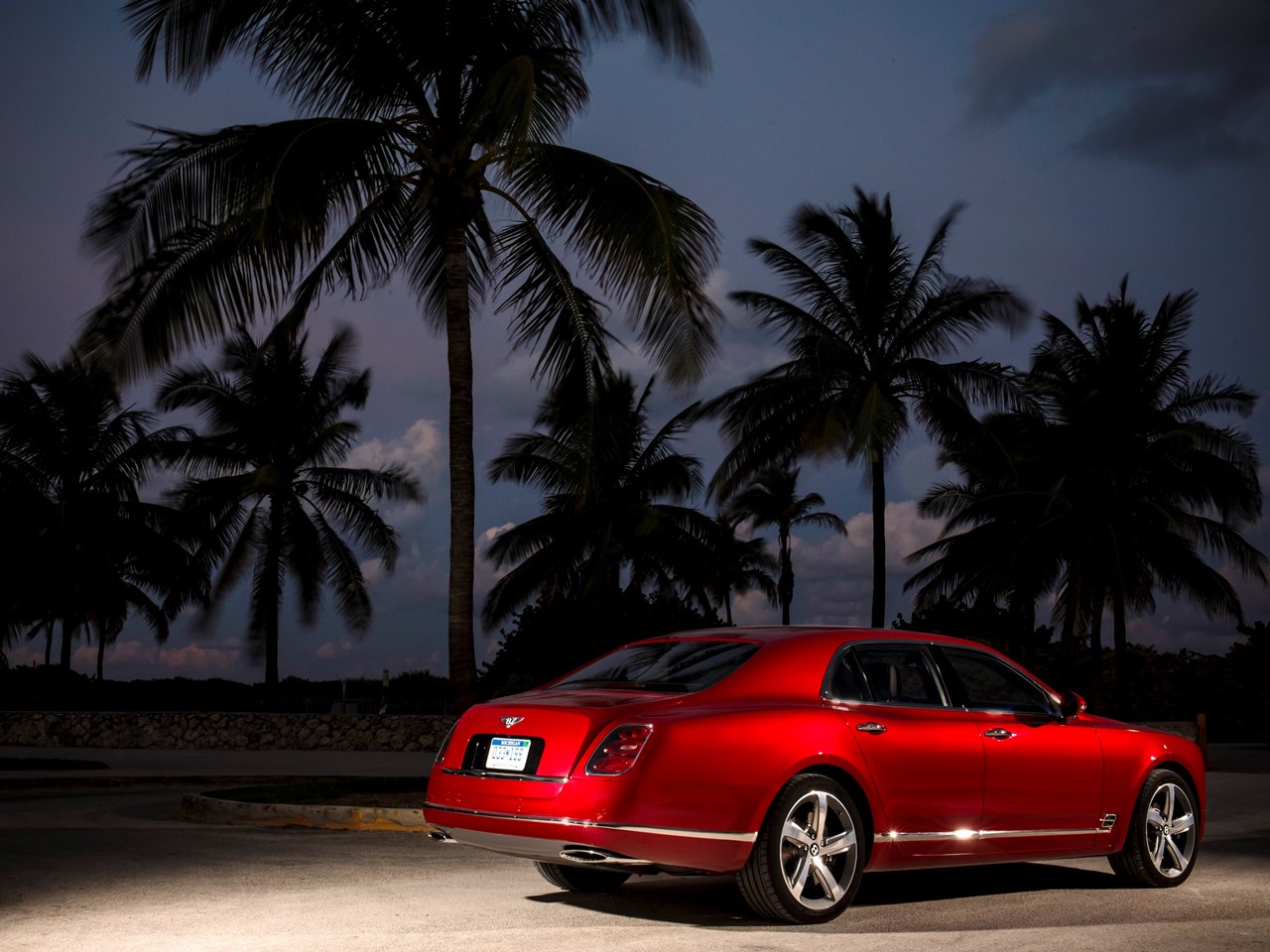