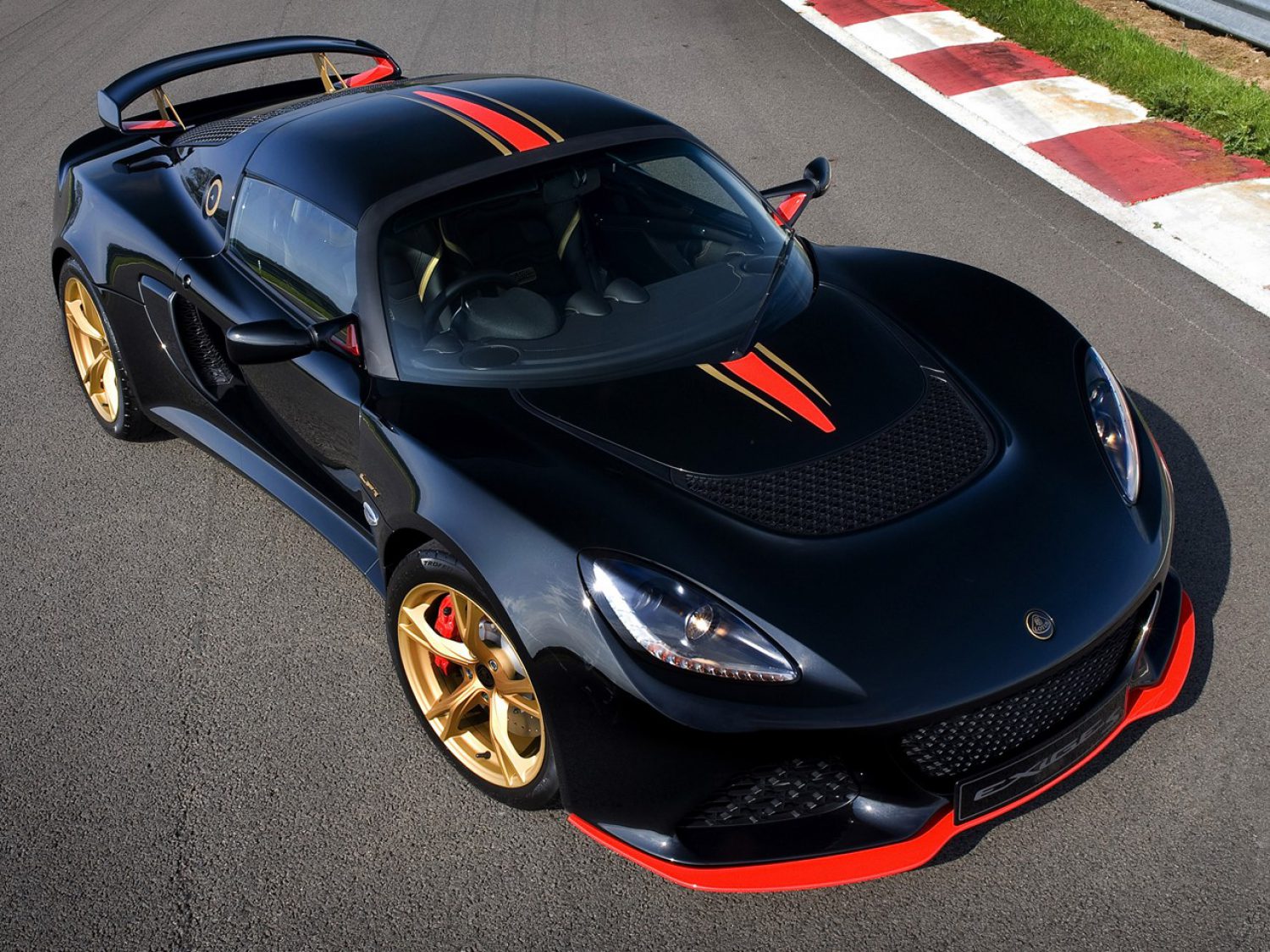 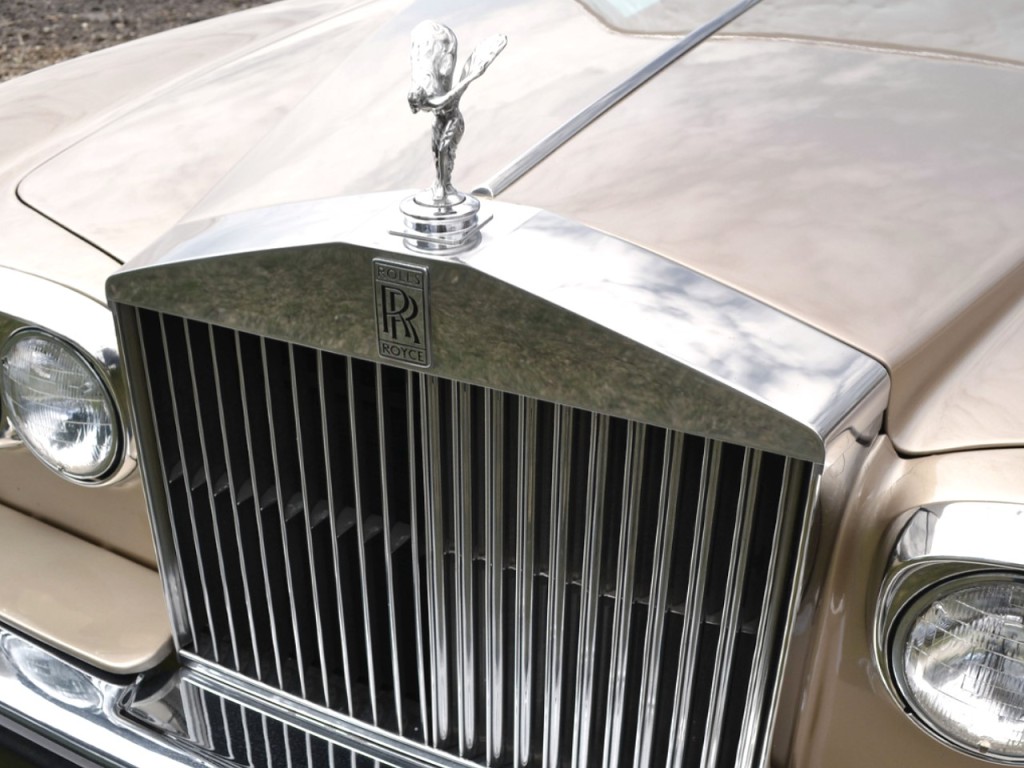 From its iconic radiator grille and Spirit of Ecstasy…

To its dramatic departure… 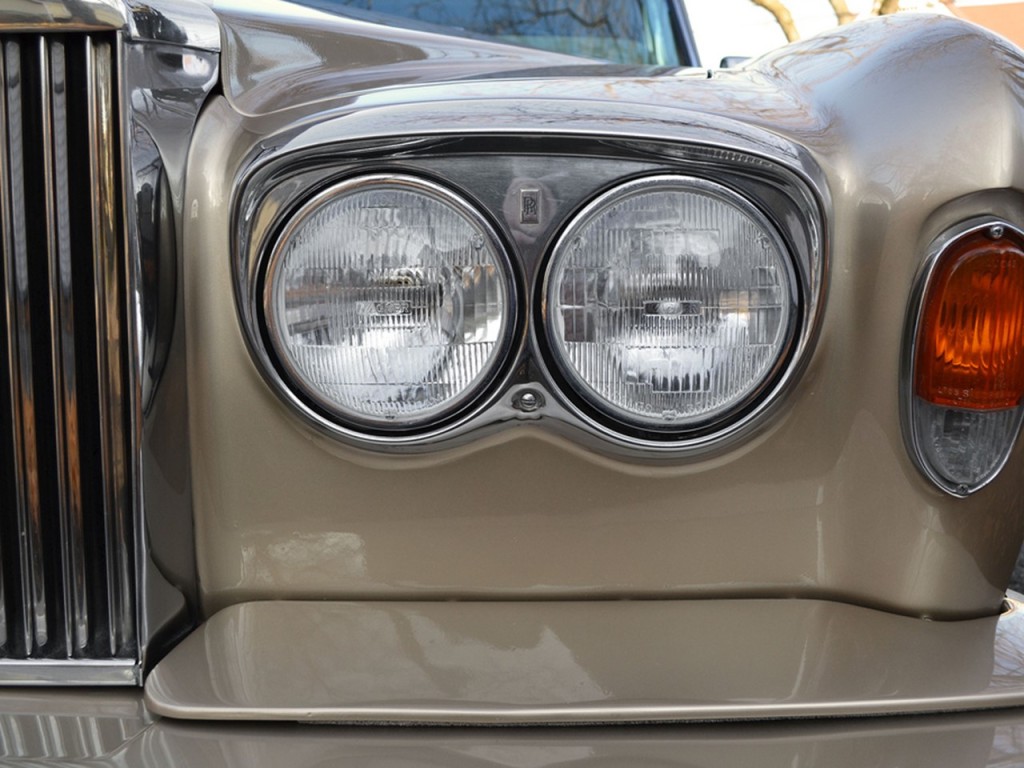 It is a masterpiece from the master craftsmen

This 1979 Rolls Royce Silver Shadow II is a John Player inspired edition. The opulent contrast of its stunning Silver Sand over Black finish represents the colors of the Formula One Lotus racers his company sponsored. This elegant Silver Shadow II is one of a few built in this styling theme. Automobiles such as this is an excellent form of investment. A Rolls Royce typically grows in value if it is maintained in immaculate collector’s condition. This is a totally avant-garde manner in which to arrive for any occasion. It will be identified immediately in any gathering of fine automobiles. A Rolls Royce is always the star of the show…

This is one of Crewe’s finest. The Silver Shadow II is a hand-crafted masterpiece. Rolls Royce never designs their cars to be trendy. A new model released never makes the previous model appear dated. A Rolls Royce matures with age and beauty. Satisfying like a fine Bordeaux or a Chateau Lafite Rothschild…the Silver Shadow II is rich and rare. It is the superlative of superlatives…the pride of the UK and the envy of the world – 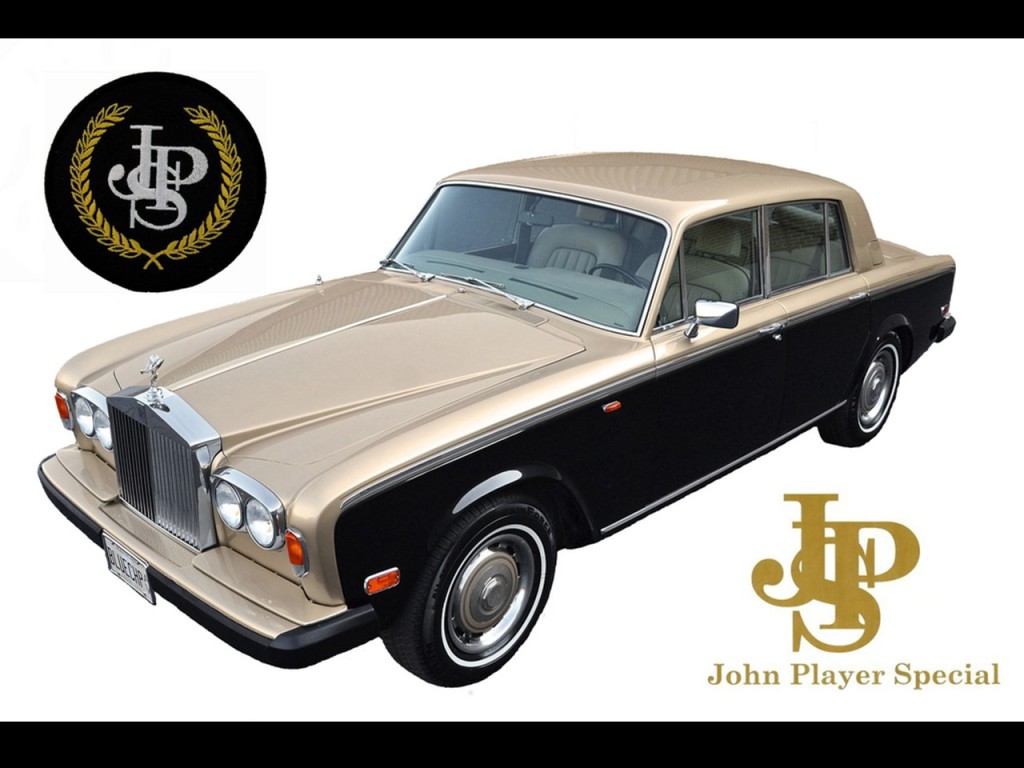 Who is John Player?

John Player & Sons were cigarette magnates based in Nottingham, England and are simply known as “Players.” John Player purchased a booming tobacco factory from William Wright in 1877. Wright had expanded this business from his modest beginnings in 1832 which had earned himself quite a fortune. John Player expanded his business building Castle Tobacco factories in Radford, Nottingham. He had three factories built using only one until he expanded enough and required additional space.

John Player offered pre-packaged tobacco products at a time when everyone else were rolling their own. He registered this patent as a guarantee his products were superior. The business was ultimate run by his sons John Dane Player and William Goodacre Player. 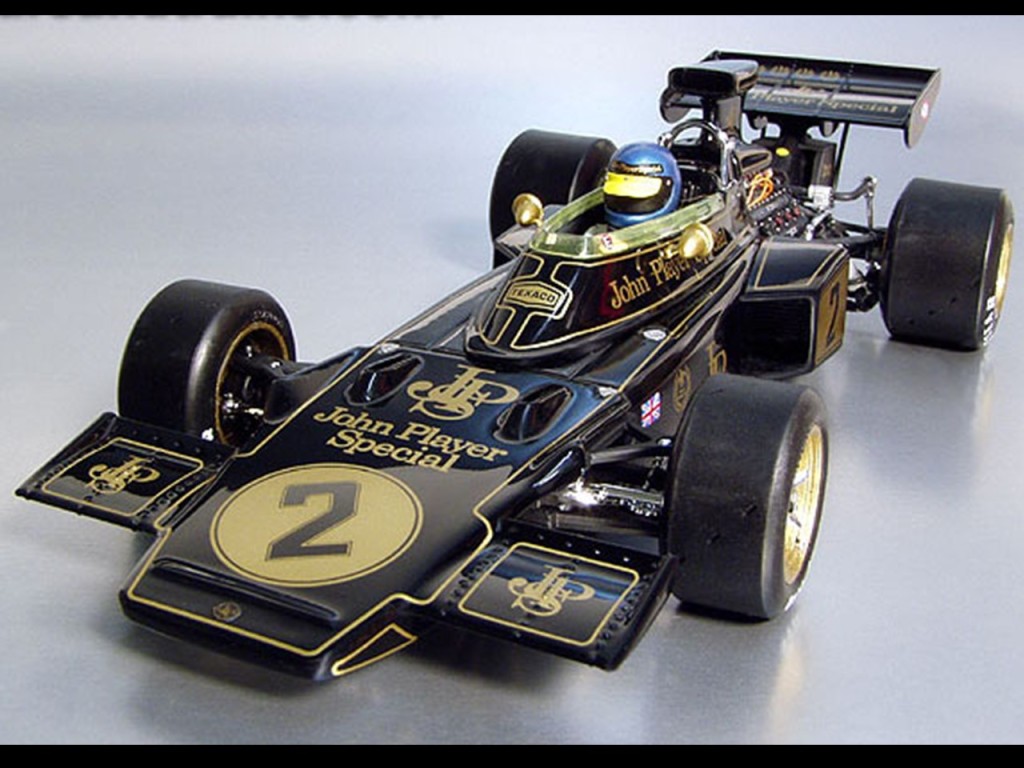 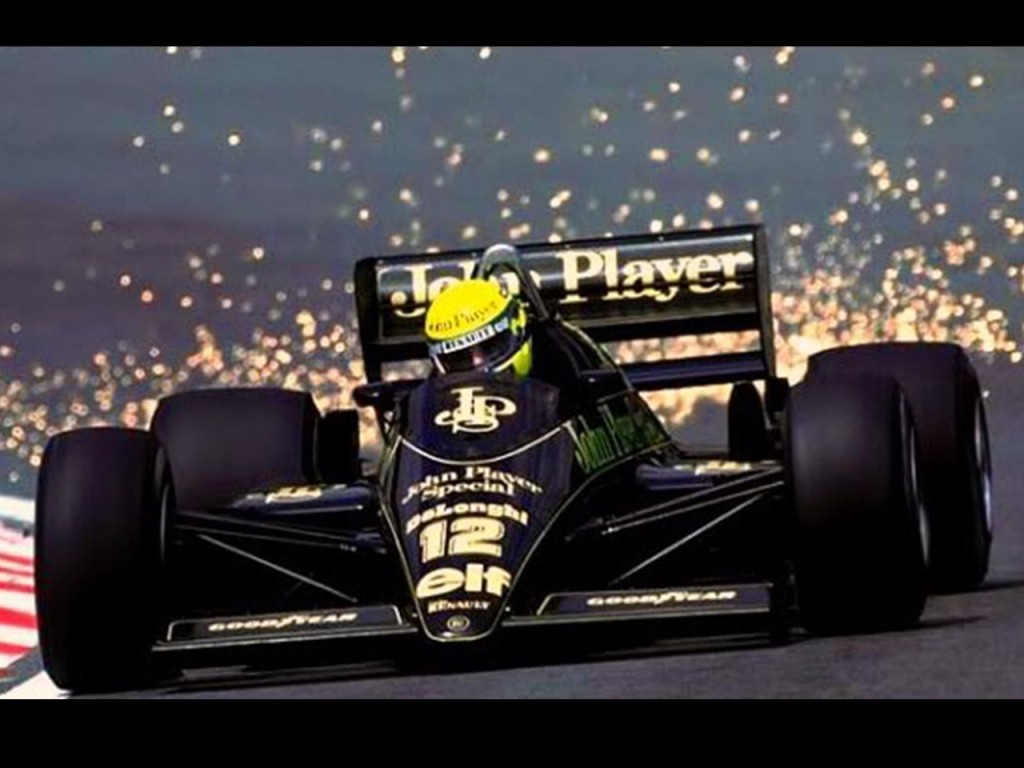 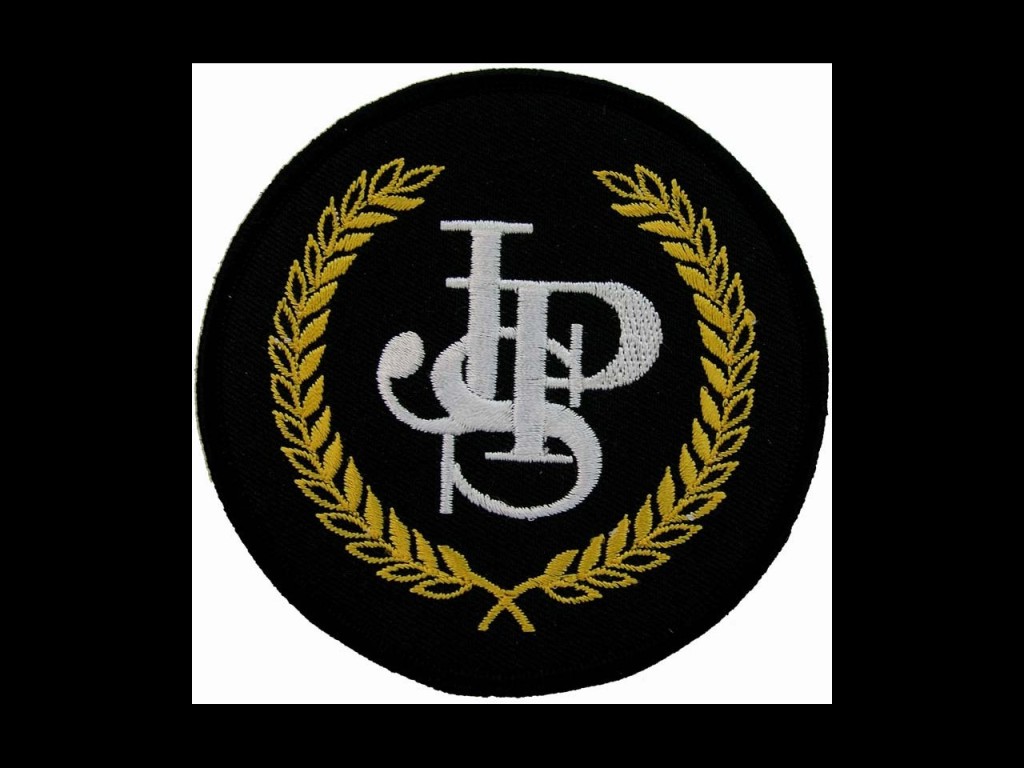 John Player is also associated with motorsports and motor cycle racing. He was associated at one time with the Lotus Formula One Team. John Player sponsorship of Team Lotus started as the “Lotus 49” in gold leaf colors at the 1968 Monaco Grand Prix. The “Lotus 72” was issued in 1972 with black and gold John Player Special colors. The last sponsored Lotus was the “Lotus 98T” in 1986. During the 1980s, BMW owned the JPS livery in touring car racing in Australia. BMW offered a limited edition road going version of their 323i touring car in JPS colors for the Australian market. 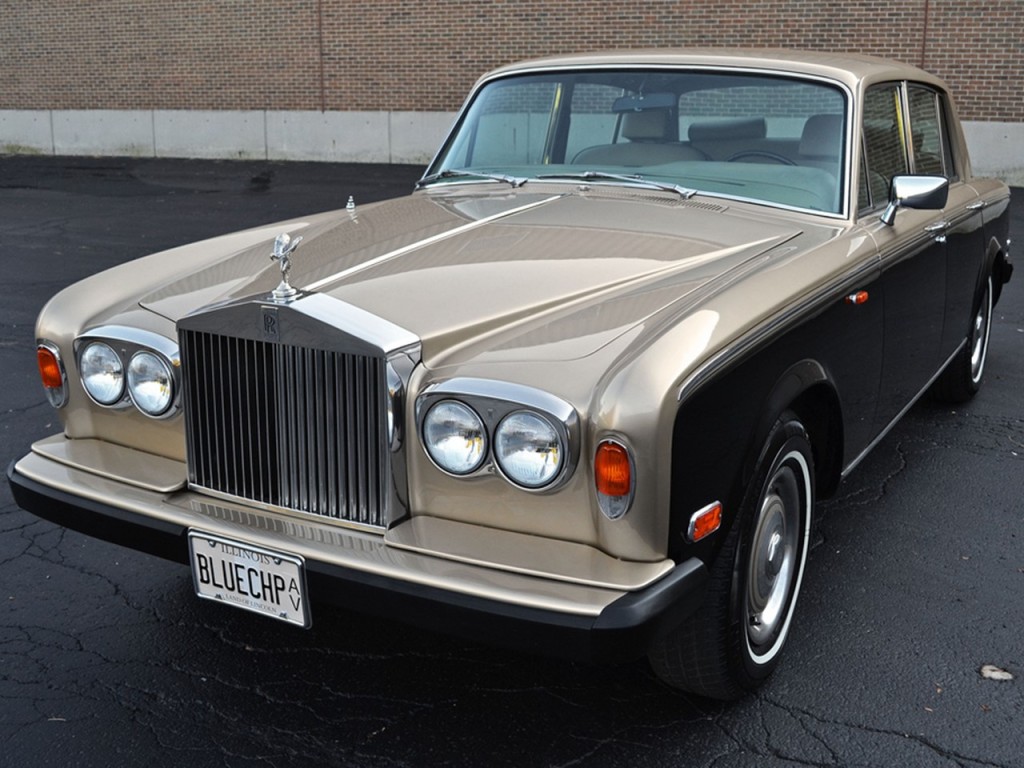 Fashions change…but a Rolls Royce remains the same. A Rolls Royce is absolutely sure of itself. The gleaming Spirit of Ecstasy that adorns the classic radiator grille was sculpted by Charles Sykes in 1911 to express the sensation of soaring…the smoothness of riding in a Rolls Royce. The most fascinating aspect while driving a Rolls Royce is the fact that no matter how fast I drive the car depressing the accelerator…there is still room underneath the accelerator to go even faster…it is astounding! Once one has savored the delight behind the wheel of a Rolls Royce…no other car measures up. This is what I refer to when I say “A Rolls Royce precludes the restless quest for something more satisfying to replace it with…” Owning a Rolls Royce is still one of the great satisfactions remaining in our harried, mass-production world – 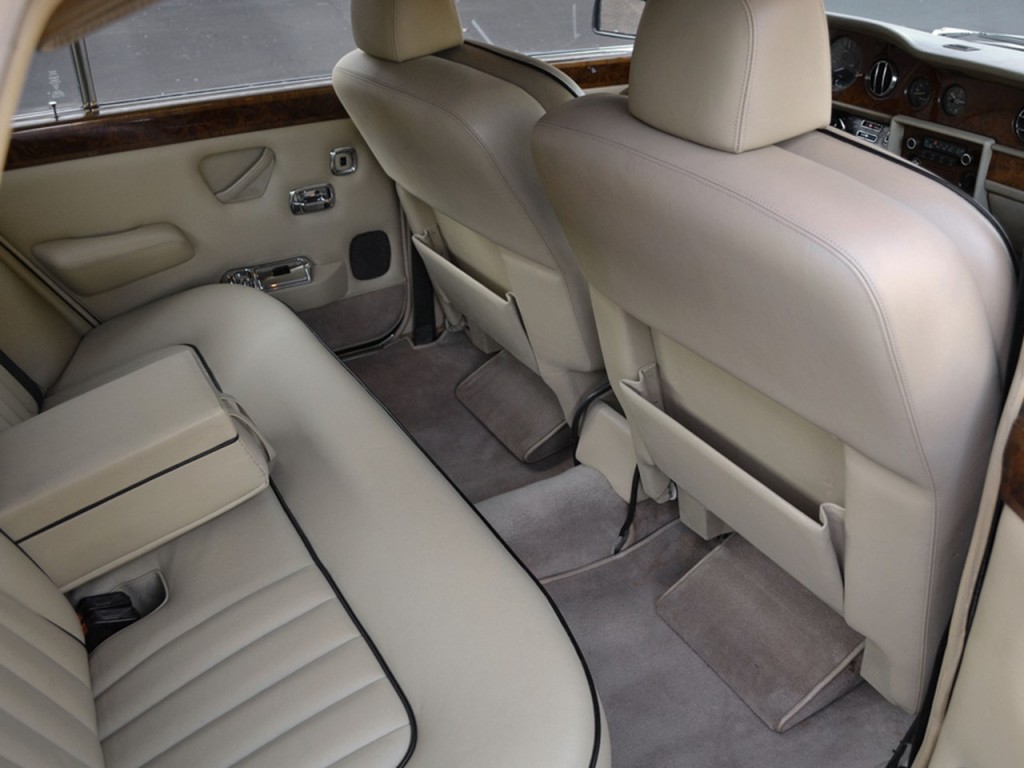 When the engine is running…one can neither hear it nor feel it – this is why a Rolls Royce is nick-named “The Silent Motorcar.” Charles Stewart Rolls used to balance a penny on the radiator while the engine was running to demonstrate its smoothness…the same thing can be done to today’s Rolls Royce. “Whisper…tick…soar, the loudest sound you will hear in a Rolls Royce is the beating of your heart…”

The Rolls Royce Silver Shadow II has the largest production volume of any model produced by the brand. It is the first Rolls Royce to feature lightweight but sturdy monocoque construction. From 1965 until 1980, the Silver Shadow was the perennial favorite among ultra-luxury car buyers. Aside from a more modern appearance and construction, the Silver Shadow introduced many new features such as disc brakes, independent rear suspension, and a higher degree of ride quality. 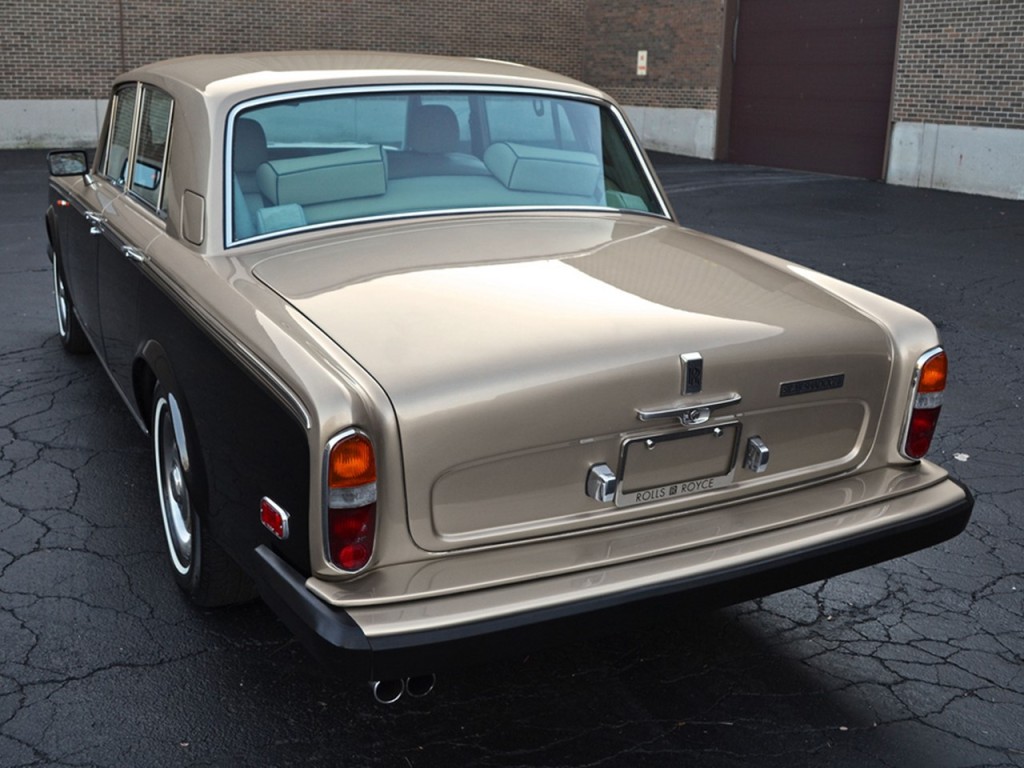 The Silver Shadow was built by craftsmen, not machines. This is why it took up to eight months to build just one Silver Shadow. Rolls Royce believes there will always be a market for excellence. Long ago, the brand decided to make just a few models at a time, and to make them the best in every detail that craftsmen could devise. The Silver Shadow II differs from the original 1965 Silver Shadow by more than 2,000 improvements.

The many refinements come together to enable the Silver Shadow II to set new and higher standards, in the way it handles, holds the road, and most important – the comfort and convenience it affords its passengers. Its resigned dash is augmented by mirror-matched veneers. The panels are identical on each side, and the garnish rails on the doors are matched to the those at other side of the cabin. Supple English hides by Connolly Brothers upholster the seats as with fine furniture. Deep Wilton hand-tufted 100% wool carpets are luxuriously underfoot. It’s a world of silence and serenity. A Rolls Royce Silver Shadow II cossets its occupants in first-class luxury and elegance… 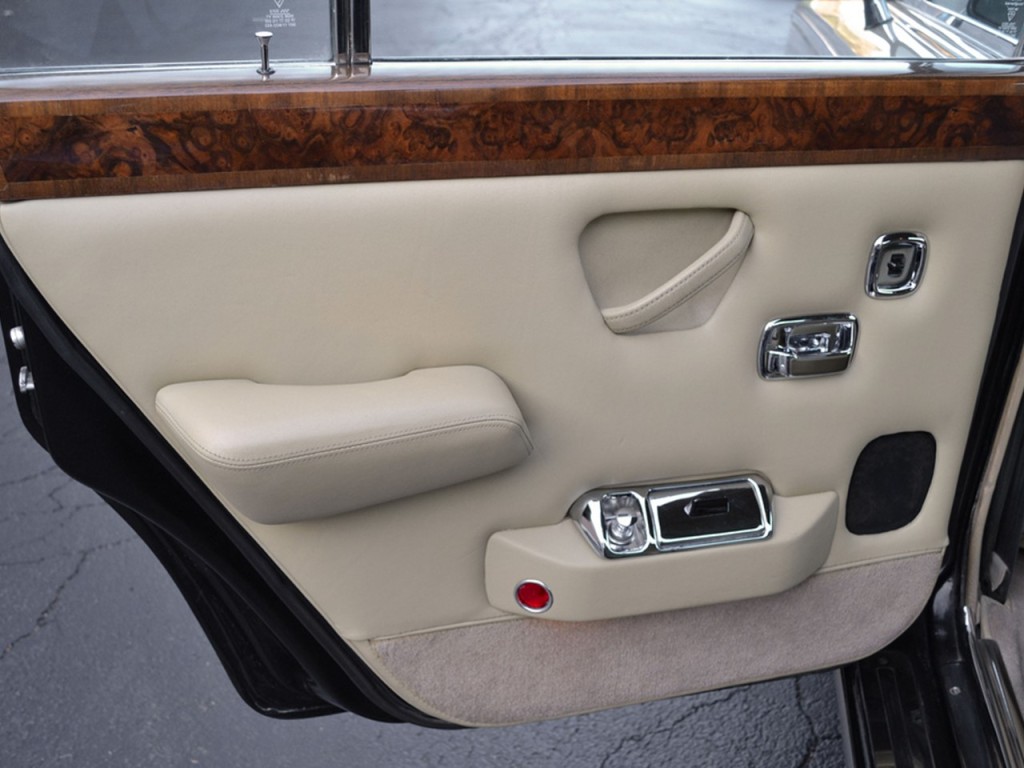 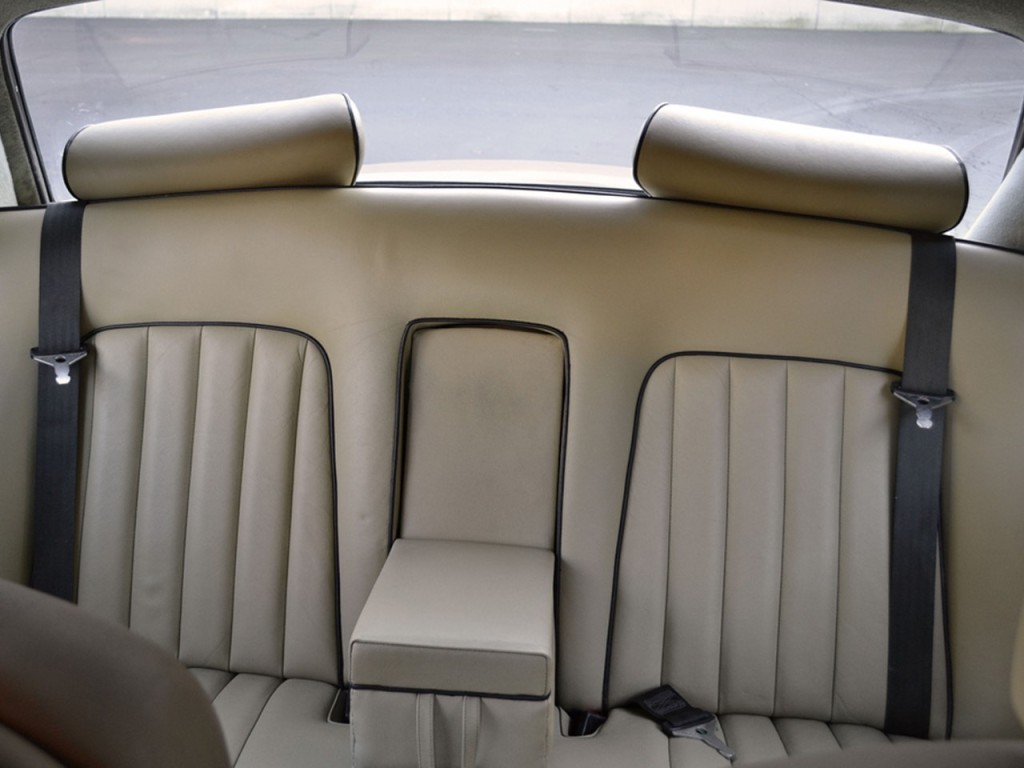 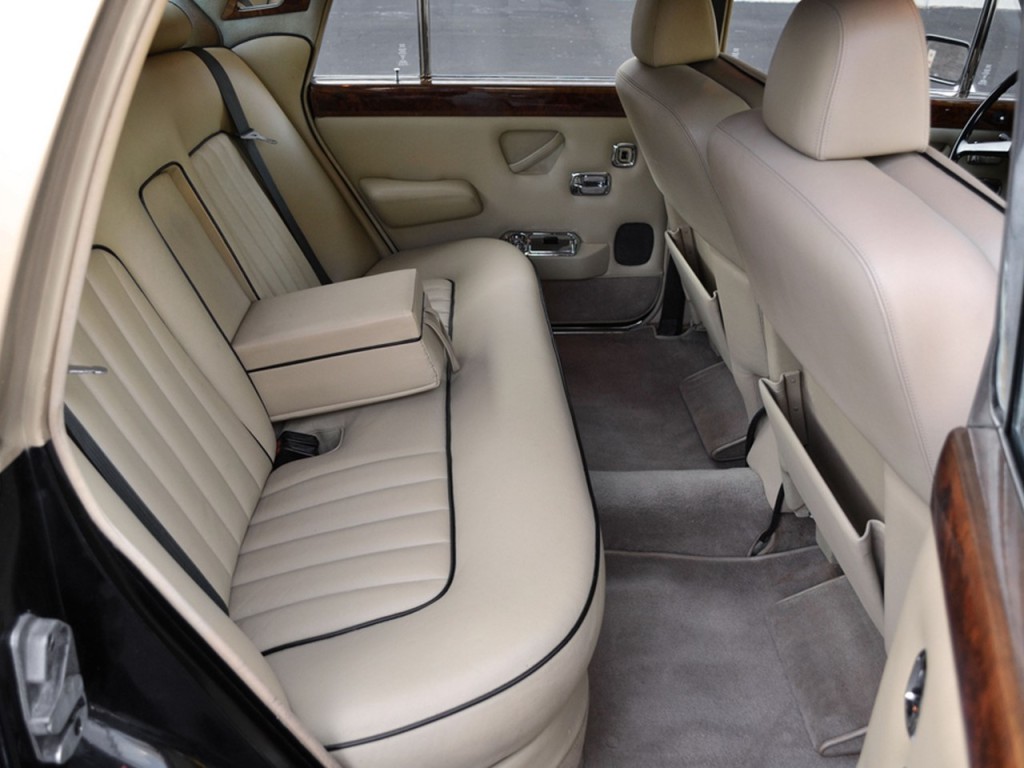 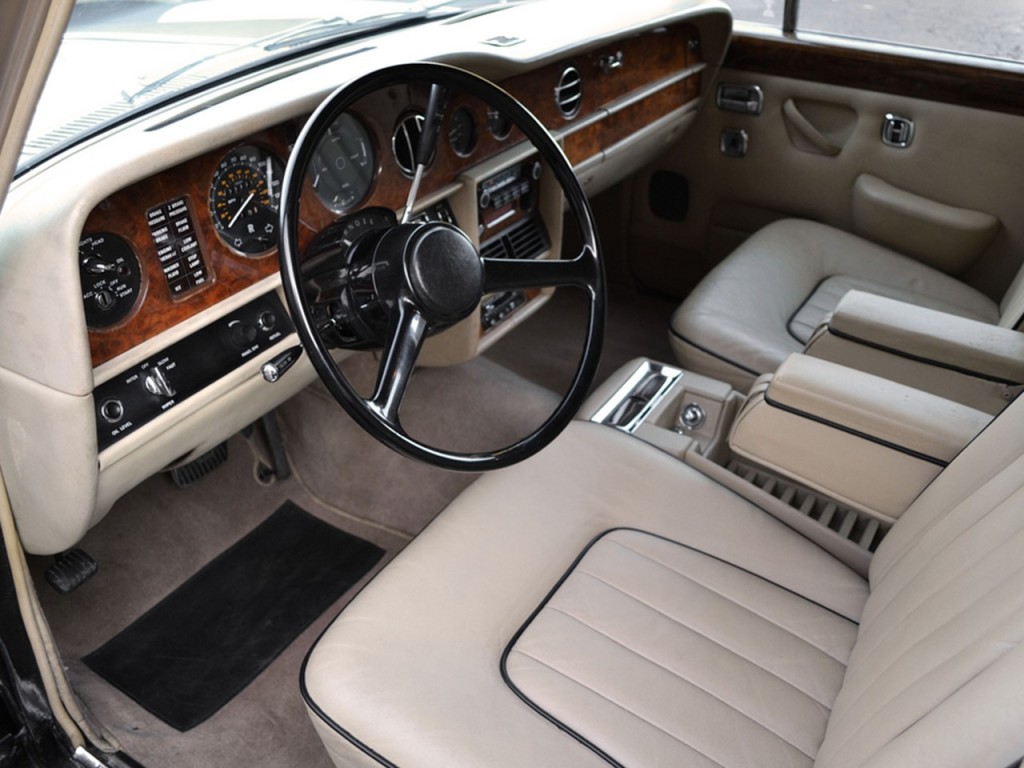 Its sophisticated electronics include a bi-level air conditioning system. It maintains two separate systems that control the upper and lower levels of the interior automatically. Set the controls and no further intervention is required. Power seats and windows add to comfort and convenience. Power door locks with a centralized locking feature that includes the boot lid provide security. The Silver Shadow II not only pampers its passengers, it also protects. Power assisted rack and pinion steering, automatic speed control and Quadraphonic AM/FM radio with tape deck are just a few of the myriad pleasures a Rolls Royce Silver Shadow II pampers its passengers. 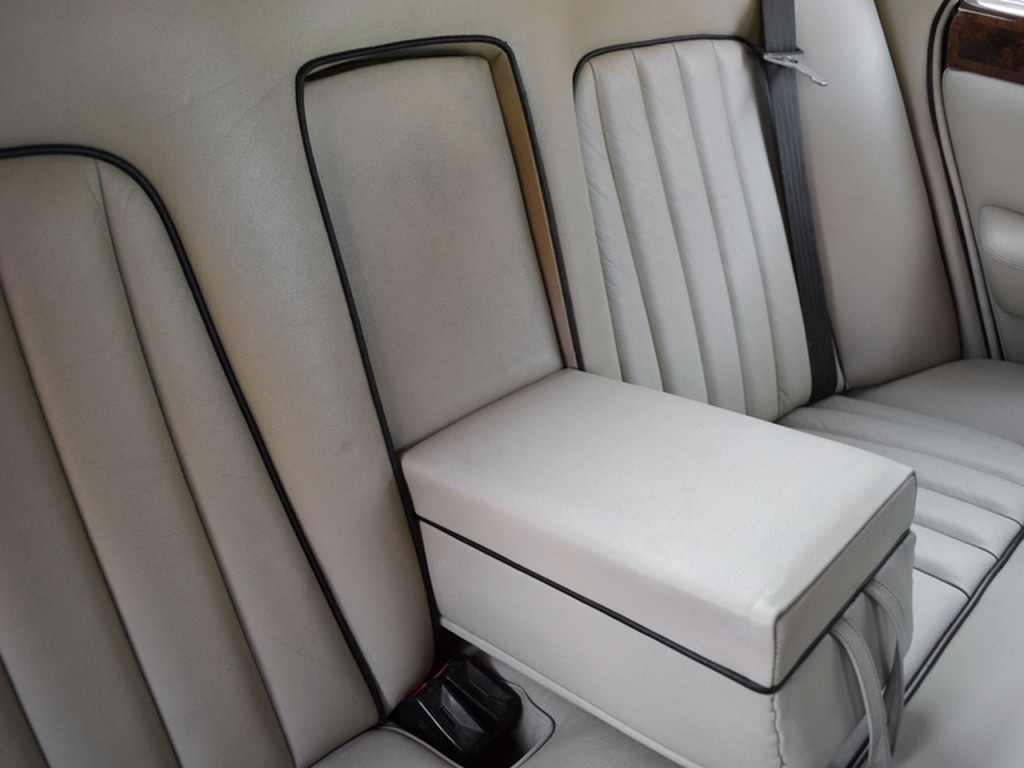 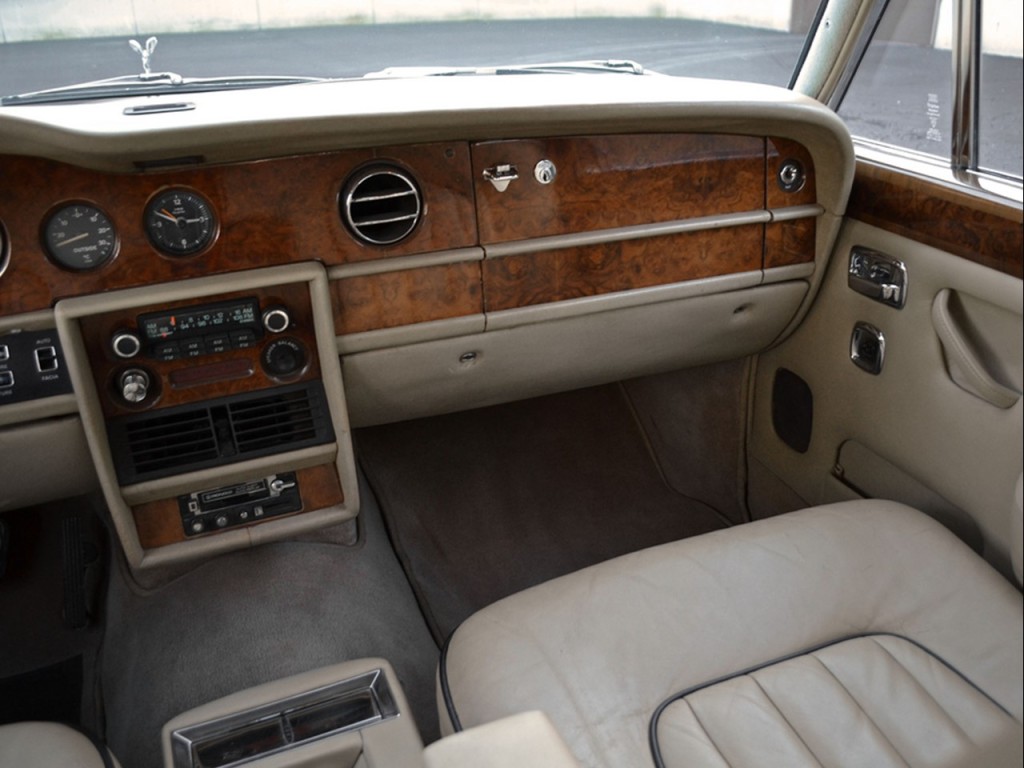 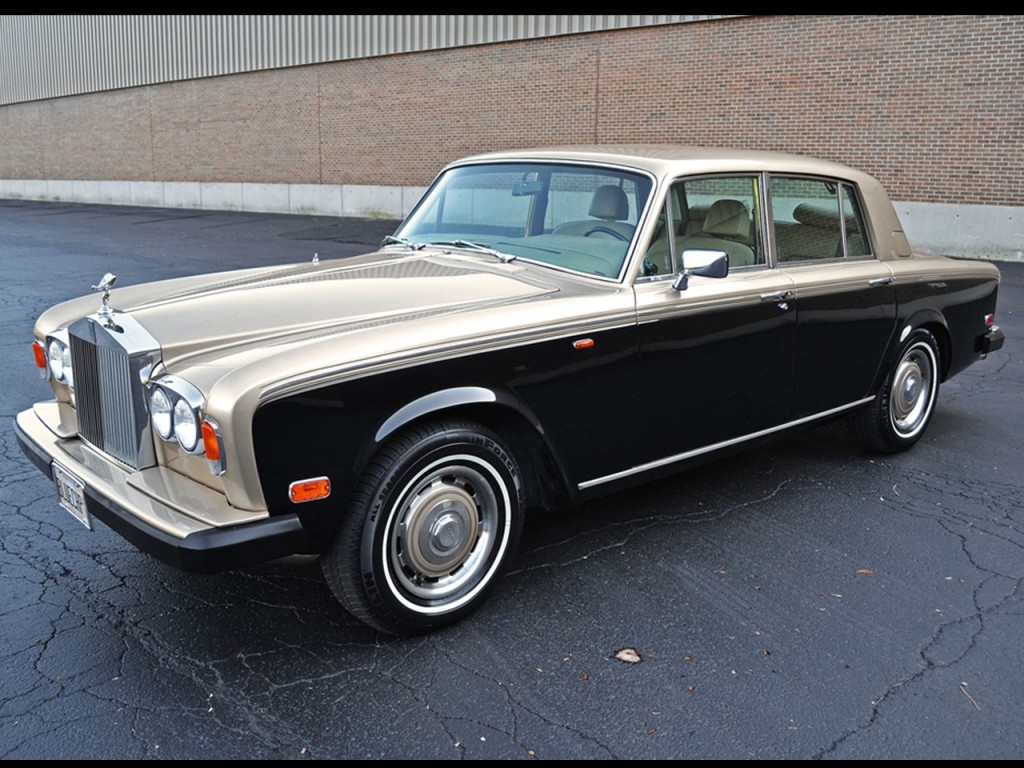 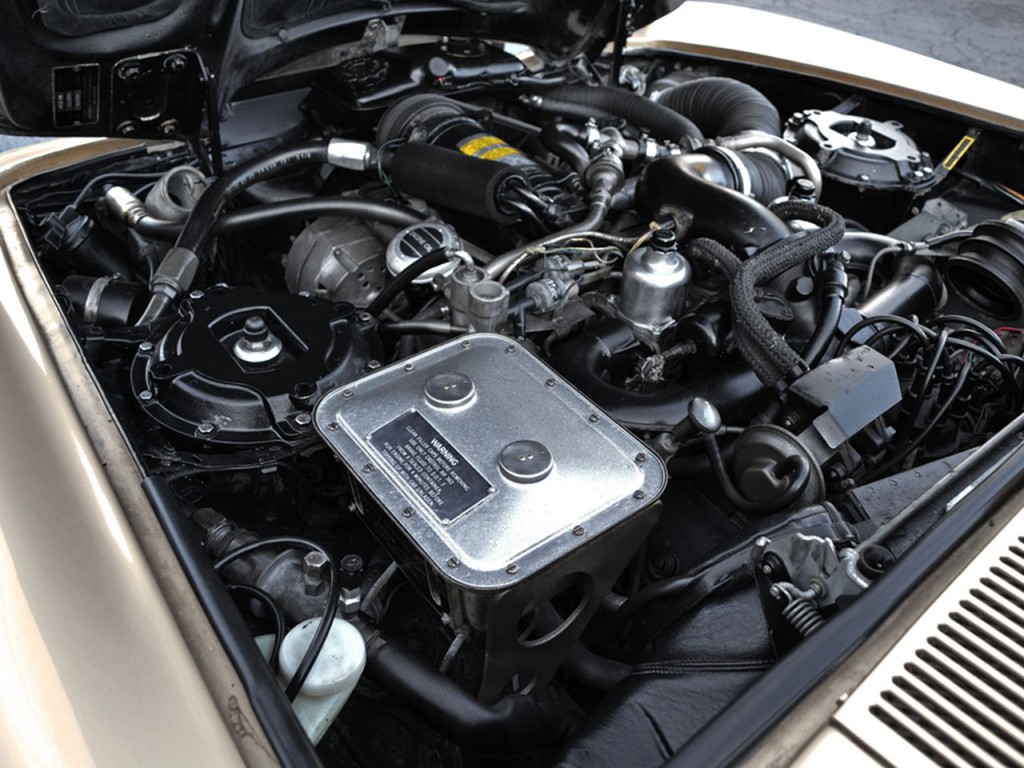 The Silver Shadow II is powered by “Old Faithful,” the legendary 6.75 litre 412 CID 16-valve V8 engine. Its lightweight aluminium construction includes both block and cylinder heads. The nitride hardened crankshaft runs in five main bearings. The engine is equipped with an electronic ignition and two Solex 4A1 carburetors.

A unique hydraulic system assists two individual sub systems. First, are the two hydraulic circuits that make up the braking system. The dual master cylinder with separated dedicated lines provide independent operation of front and rear braking systems. Should one system fail, all four wheels will be halted…individually. The remaining subsystem keeps the Silver Shadow II at optimum ride height by managing the automatic height control network. This rear-biased system is so sensitive, it compensates for fuel used up from the gas tank. The system is designed to level the vehicle regardless of load and road conditions. I told you…a Rolls Royce is absolutely sure of itself – 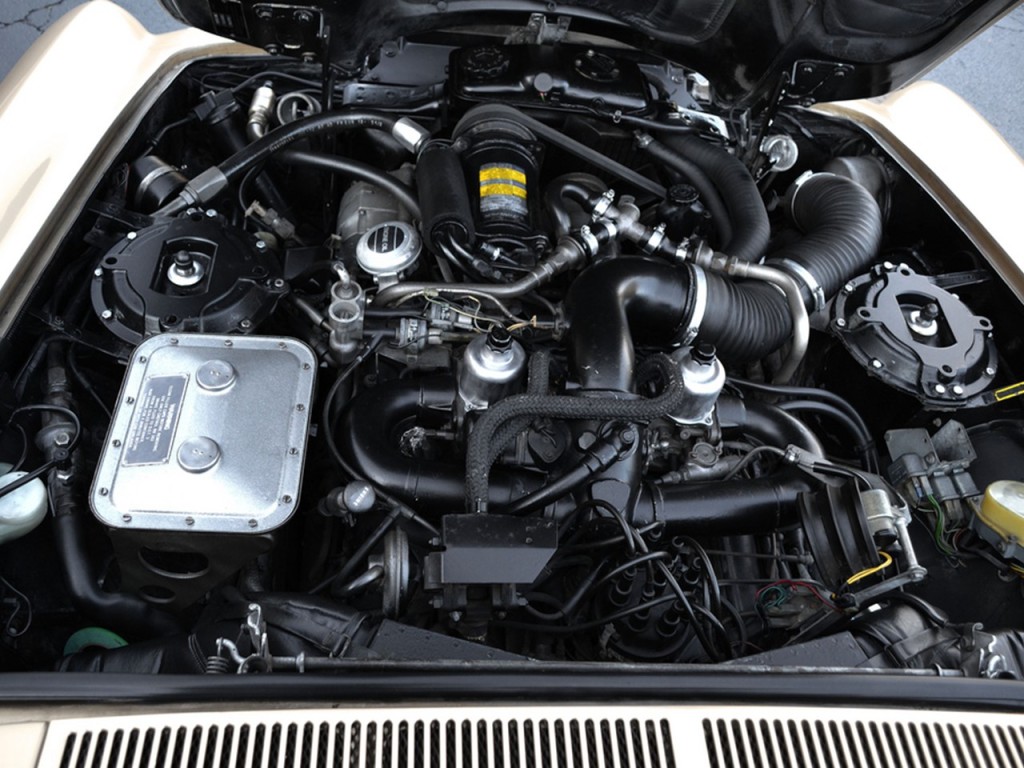 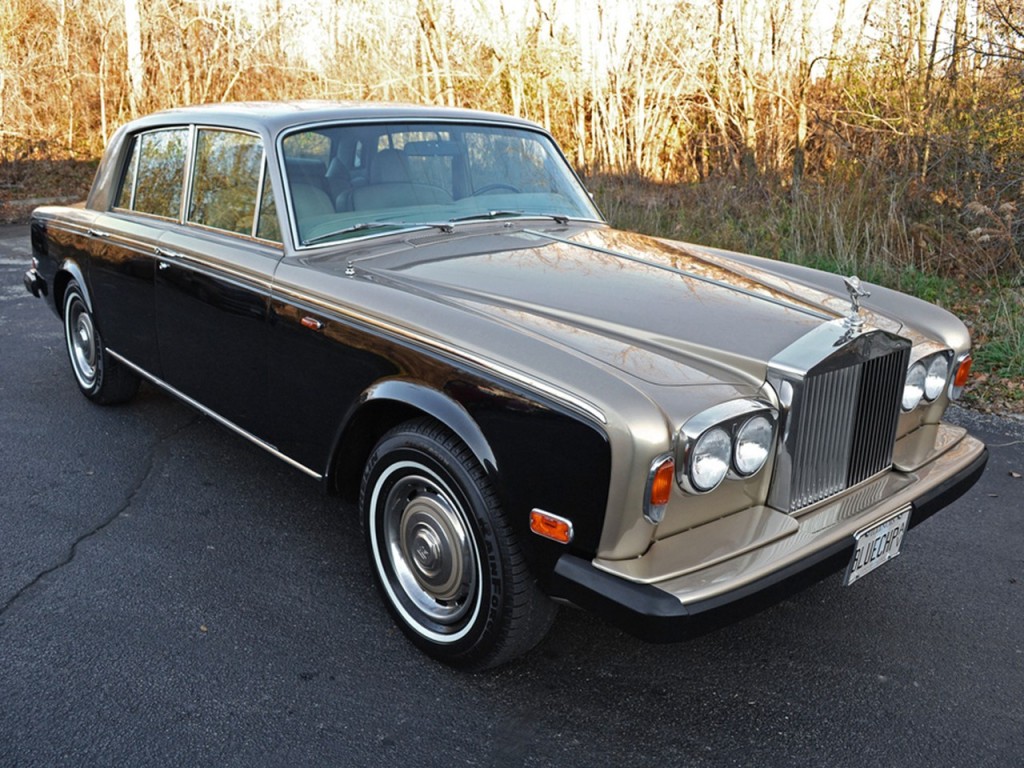 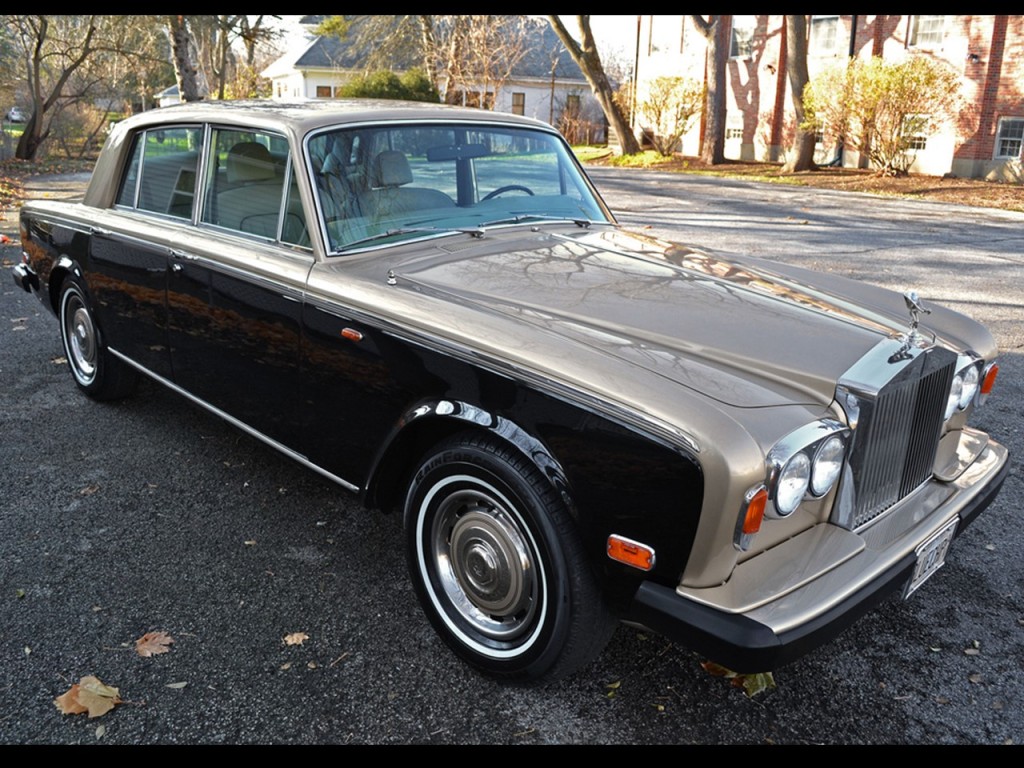 The John Player inspired Silver Shadow II is one of the opulent limited edition saloons that epitomize the iconic brand. Over 2,000 improvements distinguish it from the original Silver Shadow introduced in 1965. This is one of the finest creations to leave the Crewe facility. A Rolls Royce matures in age and beauty. It’s the superlative of superlatives. A Rolls Royce precludes the restless quest for something more satisfying to replace it with. Attributes such as these makes the icon the pride of the UK…and the sheer envy of the world – 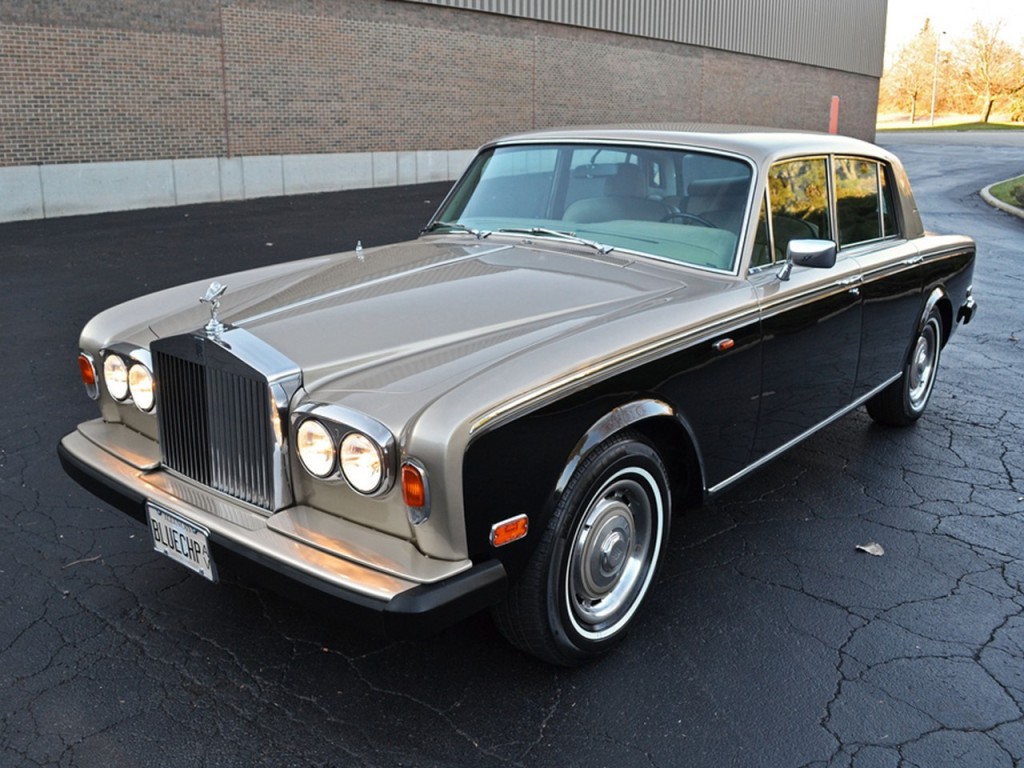