Rolls Royce engines have powered aircraft, dynamos, and watercraft as well as the finest automobiles in the world. The NOTORIOUSLY reliable RR engine in Sir Lawrence of Arabia’s armored Rolls Royce was more valuable than rubies in the desert. Sir Malcolm Campbell set a new world record on Lake Maggiore for water-speed. He did this feat in the famous “Bluebird K3” boat powered by the formidable Rolls Royce “R” engine.

He broke the world record set by the United States…a title we held for five years. To commemorate this historic event Rolls Royce creates the Waterspeed Collection. The Rolls Royce Phantom Coupé was the perfect blank canvas for this work of art. Celebrating this incredible act of British “Derring-Do” 35 specially designed cars were unveiled at the Concorso d’Eleganza at Villa d’Este on the gorgeous shores of Lake Como, May 2014. 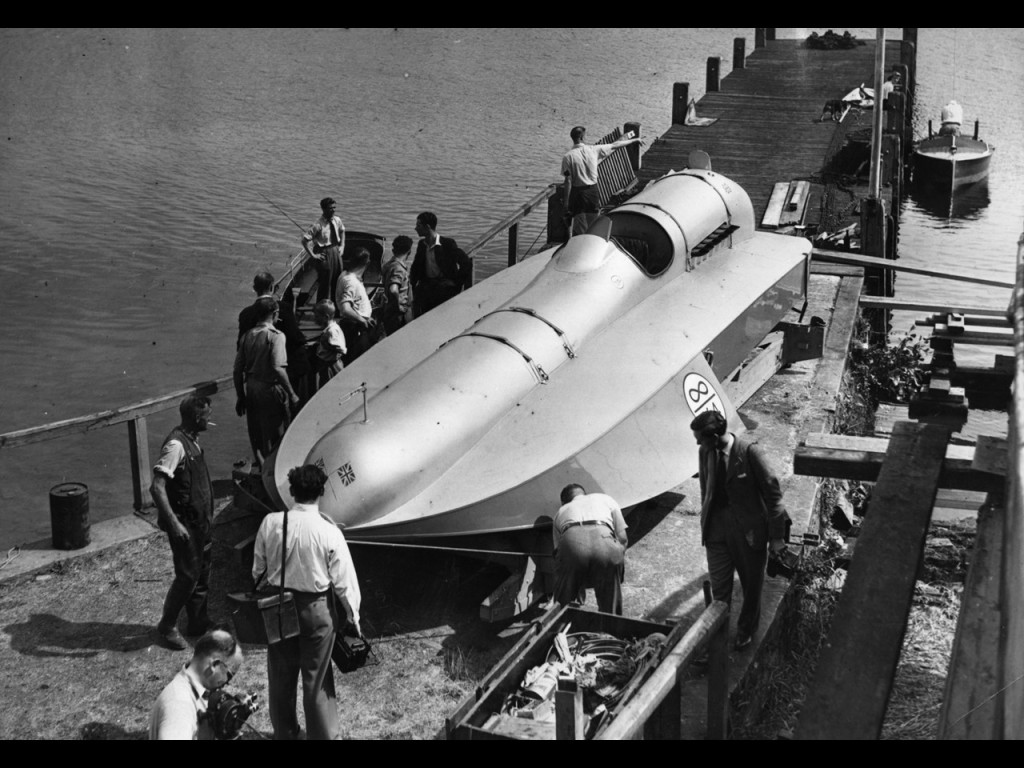 On September 1, 1937 at Lake Maggiore on the border between Switzerland and Italy, the Bluebird K3 with the Rolls Royce “R” engine set a world record of 126 mph. Then…the very next day he broke his own record at 129.5 mph. The Bluebird K3 was the hydroplane powerboat Sir Malcolm Campbell used to set three world waterspeed records. The name K3 was its Lloyd’s unlimited rating that is applied to hydroplanes competing for the waterspeed record.

Speaking at the Concorso d’Eleganza at Villa d’Este, Torsten Müller-Ötvös, Chief Executive Officer, Rolls Royce Motor Cars said, “Sir Malcolm Campbell’s successful pursuit of world-speed records on land and water were the result of his commitment to the most exacting standards of British design and engineering excellence. Such attributes are hallmarks of every Rolls Royce motor car, ensuring the marque’s position at the pinnacle of super-luxury manufacturing. This special Collection serves to display the breadth of bespoke personalization available to every Rolls Royce customer.”

Sir Malcolm Campbell had record-breaking triumphs on land and water. It garnered world attention reaffirming the Rolls Royce “R” engine’s record-breaking superiority. Sir Malcolm was also a racing motorist and motorist journalist. He used various land vehicles he affectionately called Bluebird after one of his favorite plays that he attended. Sir Malcolm goal was to be the fastest man in the world…

Per Rolls Royce: The power of nature and the power created by man lie at the heart of Rolls Royce Motor Car’s inspiration for Waterspeed. The calm surface and blue waters of the 42 mile long Lake Maggiore – the second largest lake in Italy – belie the power that created this Alpine fissure, whilst the legendary 2,300 bhp 36.5-litre V12 Rolls Royce R aero engine that rent its surface as Sir Malcolm set his water-speed record were the designer’s key influences. The final piece of the puzzle was the original concept for the Phantom Drophead Coupé – to “bring the outside in” by creating a social space enabling occupants to embrace the elements using sumptuous and relevant materials. Waterspeed is the most radical interpretation of this approach to date.

The Phantom Drophead Coupé Waterspeed Collection is built at an extremely restricted pace of 35 vehicles. Each is a Rolls Royce masterwork destined to become museum pieces. These exclusive automobiles feature a number of bespoke design and engineering features.

To create a contemporary tribute to Sir Malcolm Campbell a specially designed Maggiore Blue color scheme was selected to represent blue waters. It is nine layers of paint hand-rubbed, and hand sanded with the use of a cutting-edge powdered lacquer is used to provide a superior finish.

The Phantom Drophead Coupé’s traditional teak decking was replaced with brushed steel. Each piece of material was beaten by hand for 70 hours and another 10 hours hand-brushing it.

This beautiful blue exterior extends to the engine as a Rolls Royce first. Fully polished eleven-spoke wheels carry the same hue. It takes the master coachline painter four hours to create a Bluebird motif incorporated into the waistrail’s intricate striping.

The cabin’s Windchill Grey compliments the Maggiore Blue exterior. The exclusive Maggiore Blue appears on the dash accenting the color scheme. One of the signature features for the Waterspeed Collection is the application of laser-engraved door armrest caps that feature the interpretation of Campbell’s Bluebird motif. The cabin is trimmed with Abachi wood. It is bookmatched at angle to depict the wake left by a boat moving at speed.

Direct tribute to the records is paid in the glove compartment, with a debossed panel expressing the records Campbell achieved at Lake Maggiore and Coniston Water. Finally, the steering wheel is presented in two-tone for the very first time, with Maggiore Blue accents balancing perfectly with traditional black leather to complete a beautifully conceived interior design scheme. 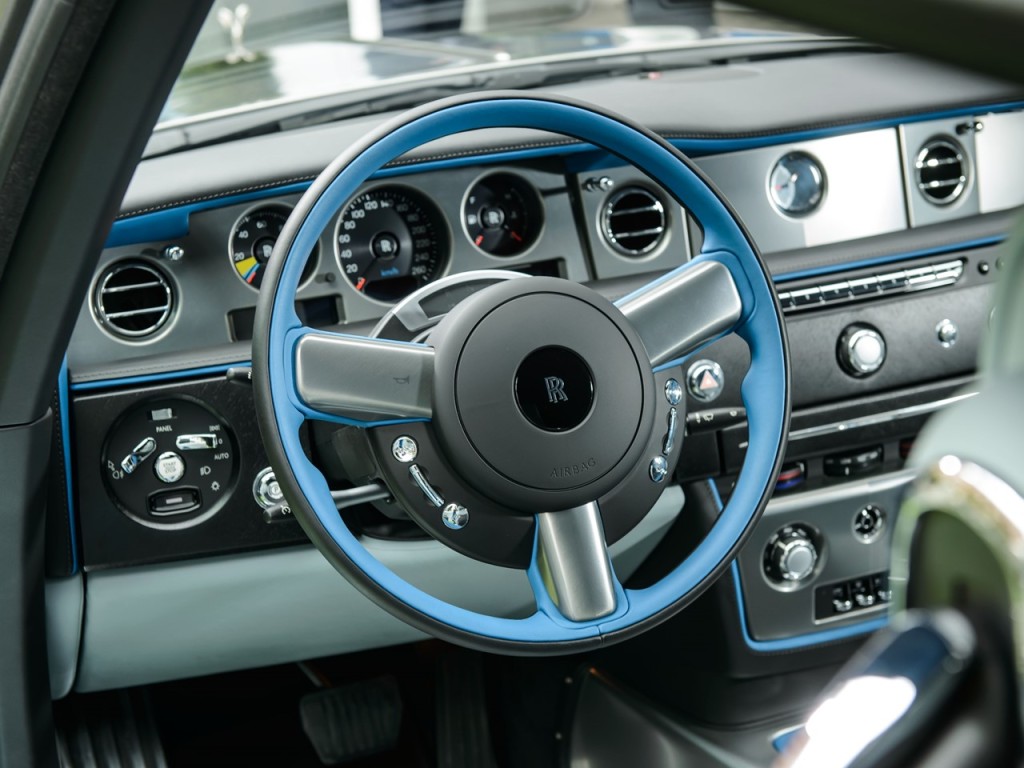 Further reference to Campbell’s craft is made via a new interpretation of the famous ‘power reserve’ dial. As the driver presses on, the dial moves backwards towards a yellow and blue zone, echoing Campbell’s original K3 boat’s ‘going into the blue’ at maximum engine revolutions. A Bespoke clock adorned with Bluebird’s infinity symbol and dials hewn from a billet of aluminium evokes K3 further.

The formidable Rolls Royce engine powered Sir Lawrence of Arabia’s armored Rolls Royce and was more valuable to him in the desert than rubies. The 35 museum quality Rolls Royce Phantom Drophead Coupés are the latest contributions to the elite world of luxury. Sir Malcolm Campbell’s indomitable quest was to be the fastest man on earth both land and sea…he set world speed records for both- 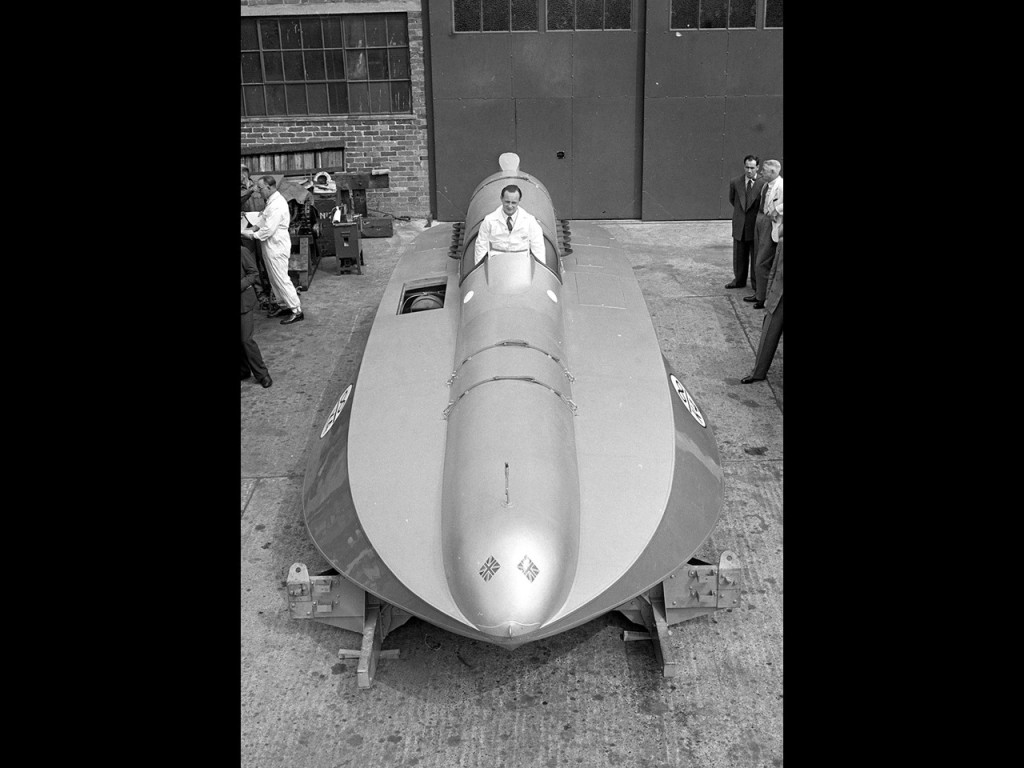 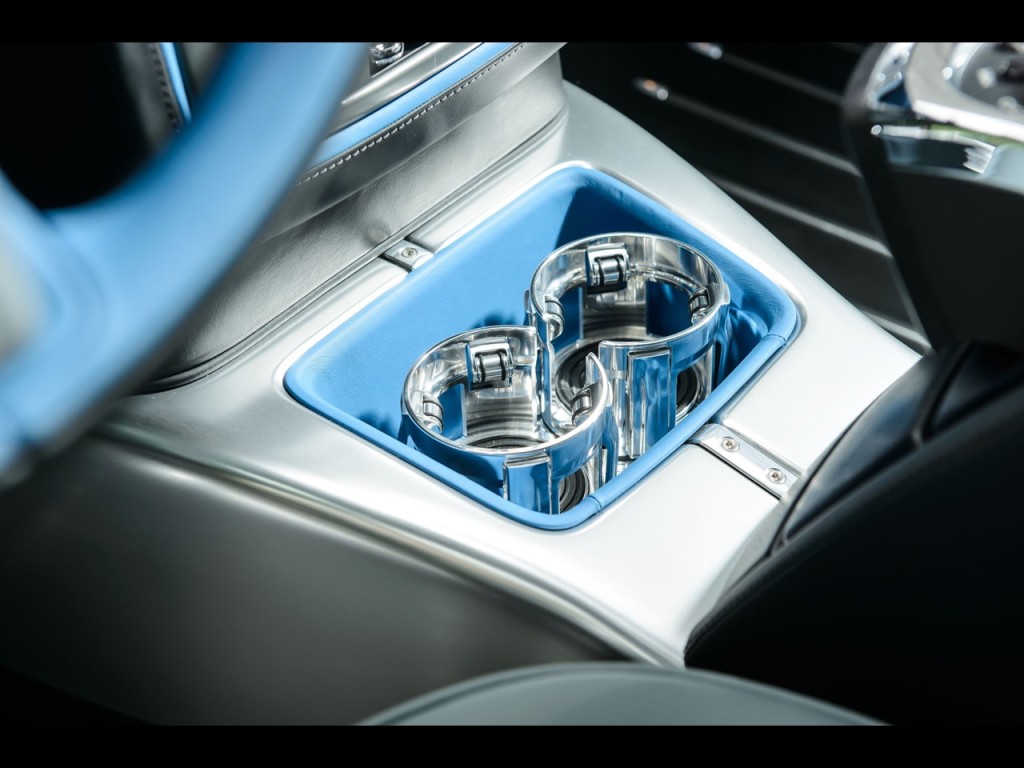 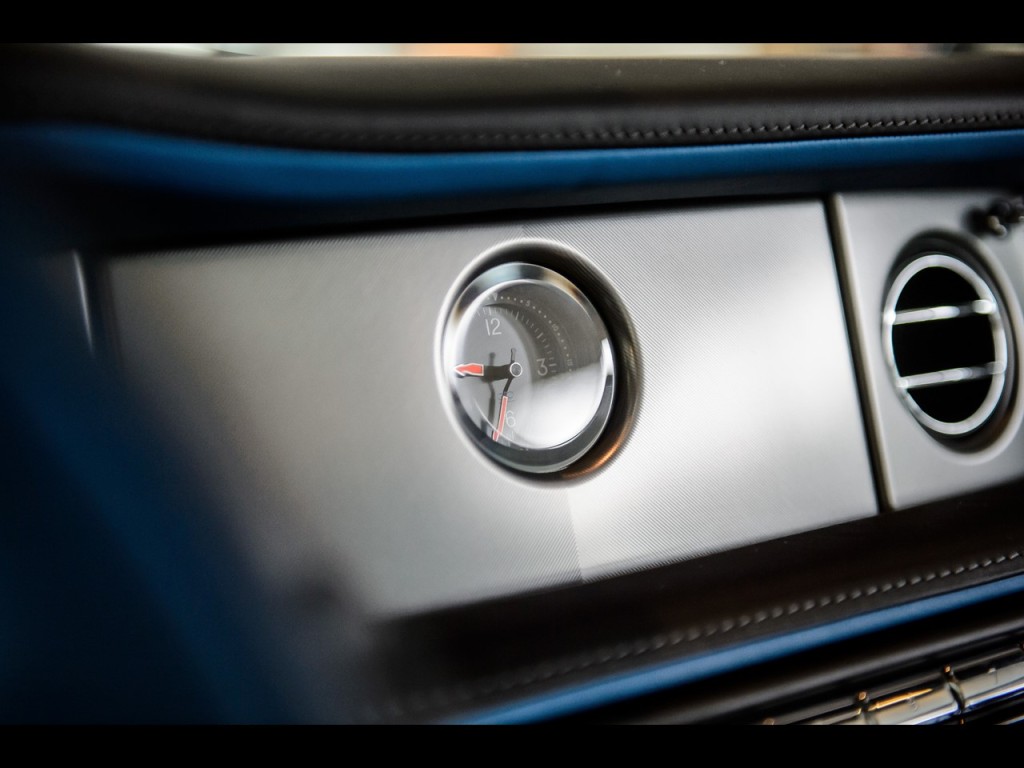 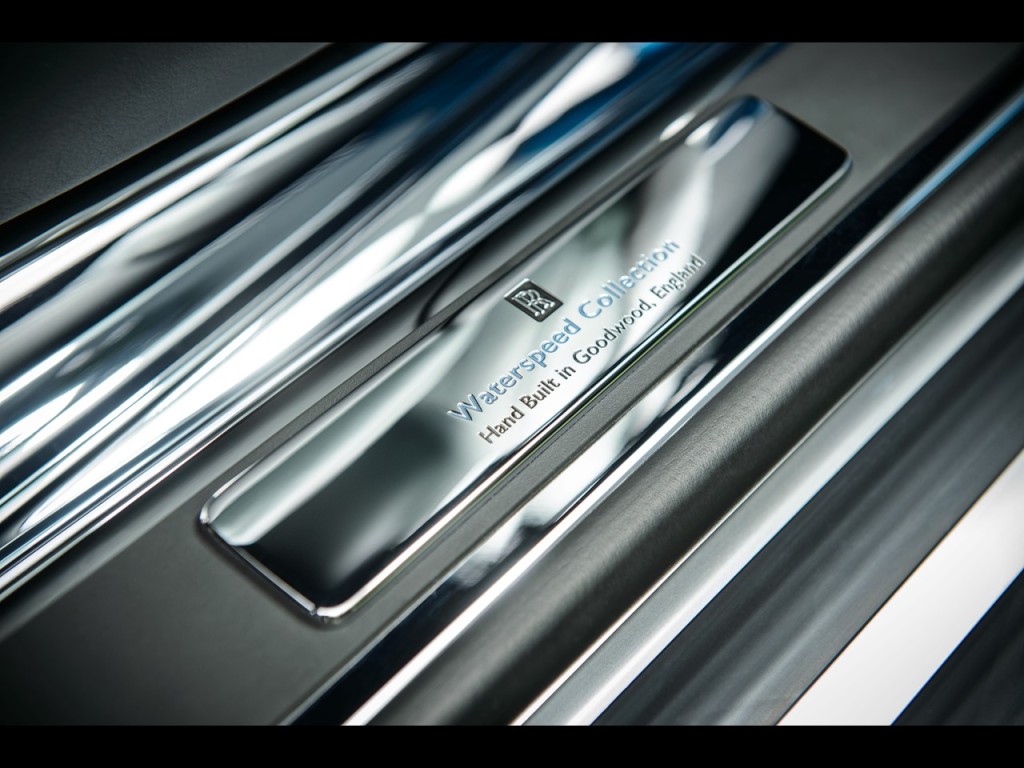 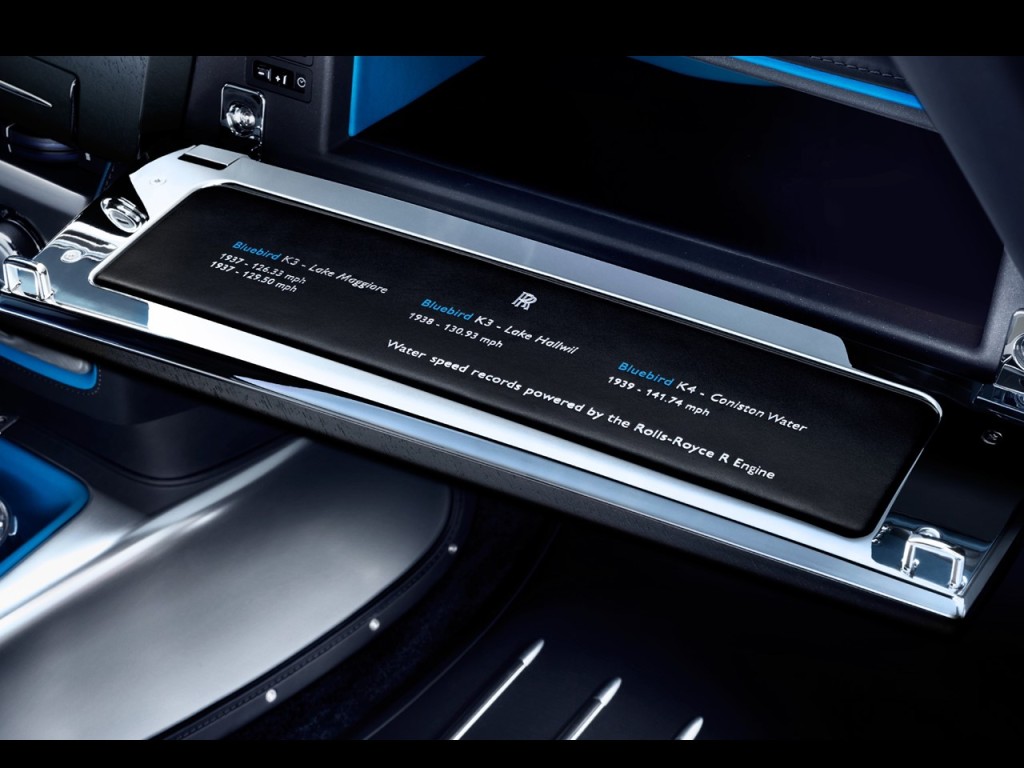 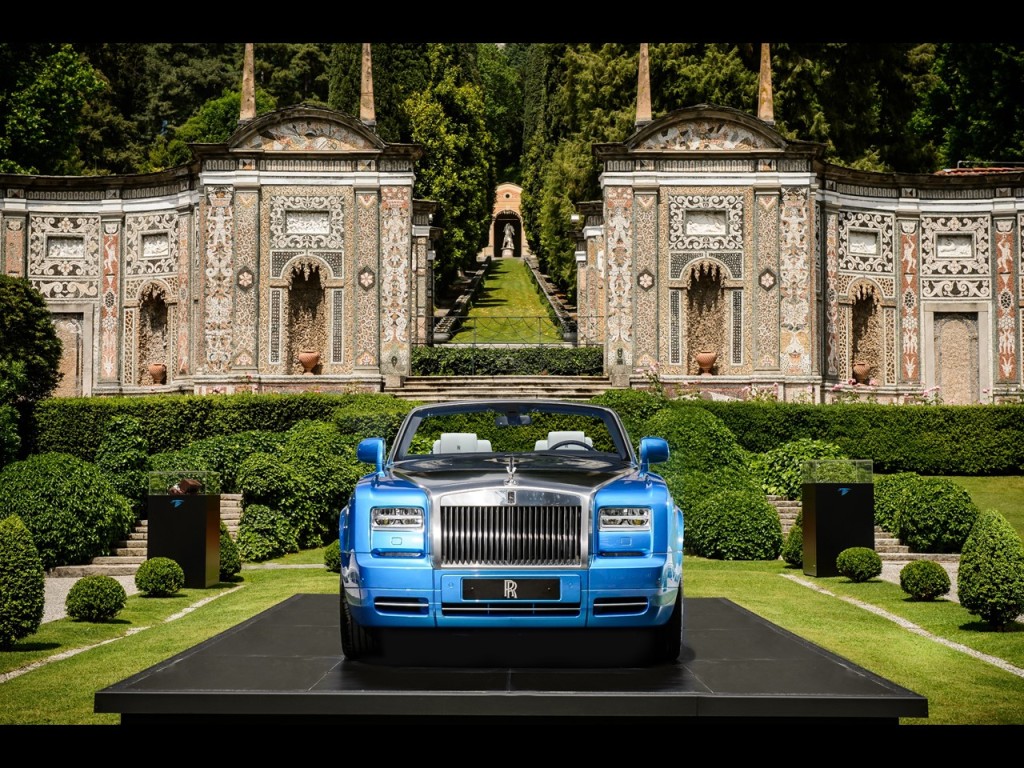