There was no more resplendent way to travel….

The continuing saga of “As the Standard of the World Turns” 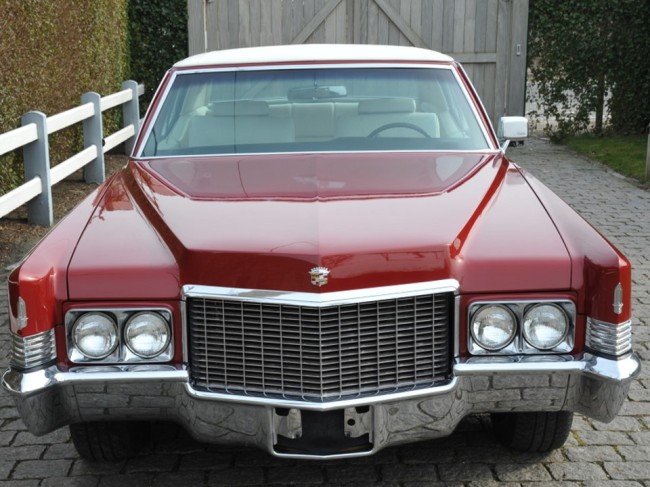 This was America’s favorite Coupe deVille

The pleasure of owning a Cadillac was exceeded only by that of driving it…….ask anyone that drove “The real McCoy!” 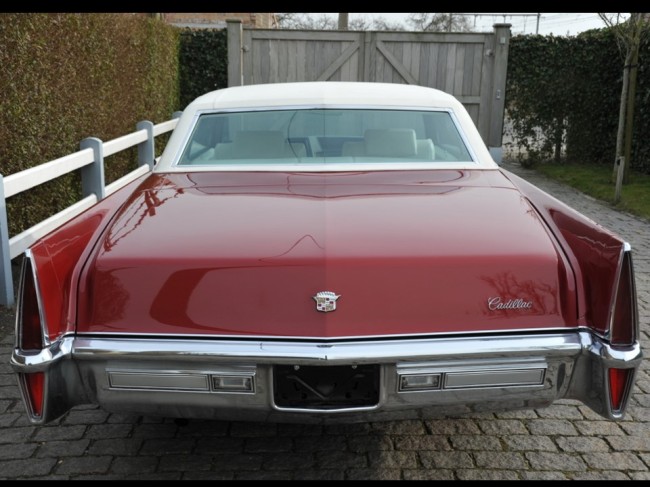 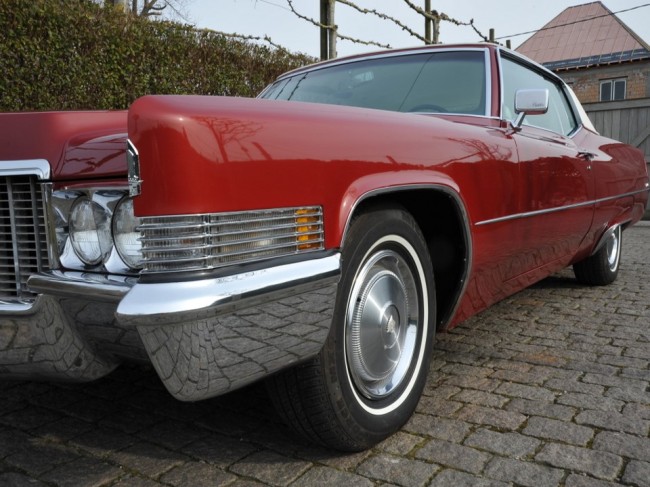 The Spirited Seventies were exciting new adventures in motoring. They were a startling departure from the Sensational Sixties with a style all their own. There was no more resplendent way to travel than viewing the world from behind the wheel of a 1970 Cadillac. Their style won the world instantly when the body style was introduced. The 1969 & 1970 model years were banner years for Cadillac Motor Division.

The 1970 Coupe deVille was a perennial favorite among luxury car buyers. Cadillac had a winner with the DeVille series. It had one of the longest and most successful production runs in the history of the brand. With its impeccably tailored interior by Fleetwood and its body by Fisher, the Coupe deVille for 1970 was a worthy heir to be adorned the “Standard of the World.” Here is another superlative with an encore performance….in the continuing saga of “As the Standard of the World Turns.”

The 1970 Cadillac Coupe deVille was another masterpiece from the master craftsmen. Its clean crisp 1967 Fleetwood Eldorado inspired, chiseled and most contemporary lines were dramatic yet refined. The youthful beauty of its design complete with all its Cadillac elegance gave the 1970 Coupe deVille wide appeal. It was no mystery why the Cadillac DeVille series was America’s favorite luxury car.

Its intimate two-door styling and spacious six passenger comfort made the Coupe deVille one of the world’s two leading luxury automobiles….the other was the Sedan deVille. The 1970 Cadillacs captured the Spirit of the Seventies with grace and eloquence. The Coupe deVille maintained a poised dignity that was the hallmark of every Cadillac. Model code # 68347 J Coupe deVille had a base price of $5,884, and 76,043 were built. The 1970 Cadillacs were brilliant performers. Cadillac was preeminent in the luxury car arena world-wide.

When the power door lock option was ordered, an automatic seatback release for entry to the rear compartment was included. Power windows, power two-way seat, Variable Ratio power steering, power brakes, automatic transmission, power outside driver’s rearview mirror, courtesy lighting, head restraints, anti-theft steering column lock, and electric clock were among the many standard features and accessories for the 1970 Cadillac Coupe deVille. With its deep-seated luxury, effortless performance, and eye filling beauty, the 1970 Coupe deVille was an intimate personal edition of the “Standard of the World.” 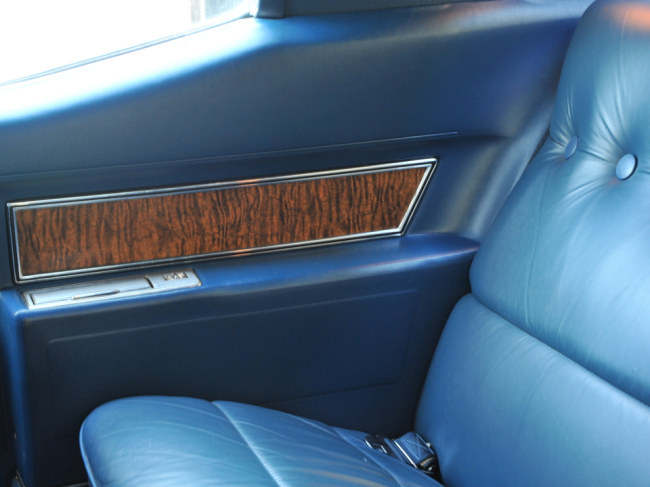 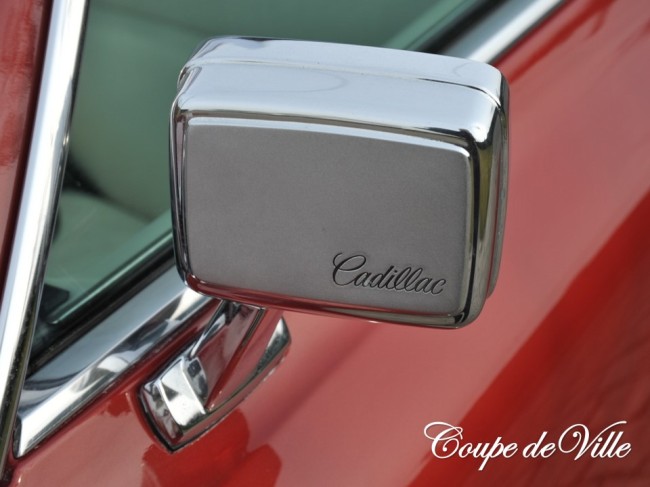 All Cadillac engine and transmission new builds were inspected and tested before installation into a vehicle. The engine was run at approximately 1,700 rpm. It was checked for proper carburetion setting, timing, and general engine operation. The engines that passed were continued on a conveyor belt towards final assembly. Those that did not were returned for correction and re-inspected before being installed into a vehicle. This was part of the Cadillac dedication to quality that was unseen. It was quality control and the strive for perfection that earned Cadillac the formidable reputation of “Standard of the World.” 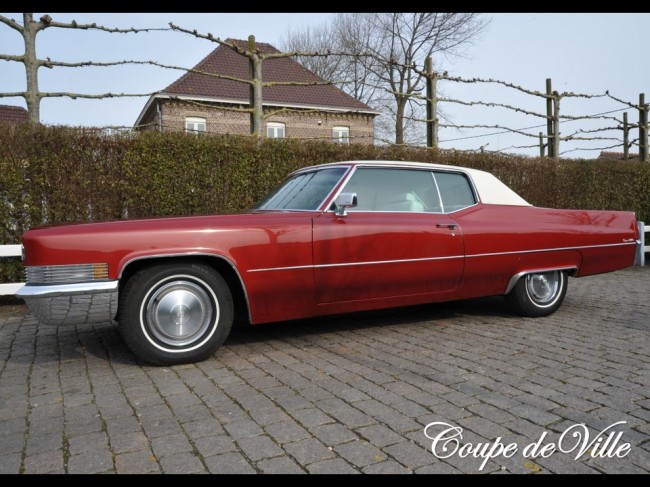 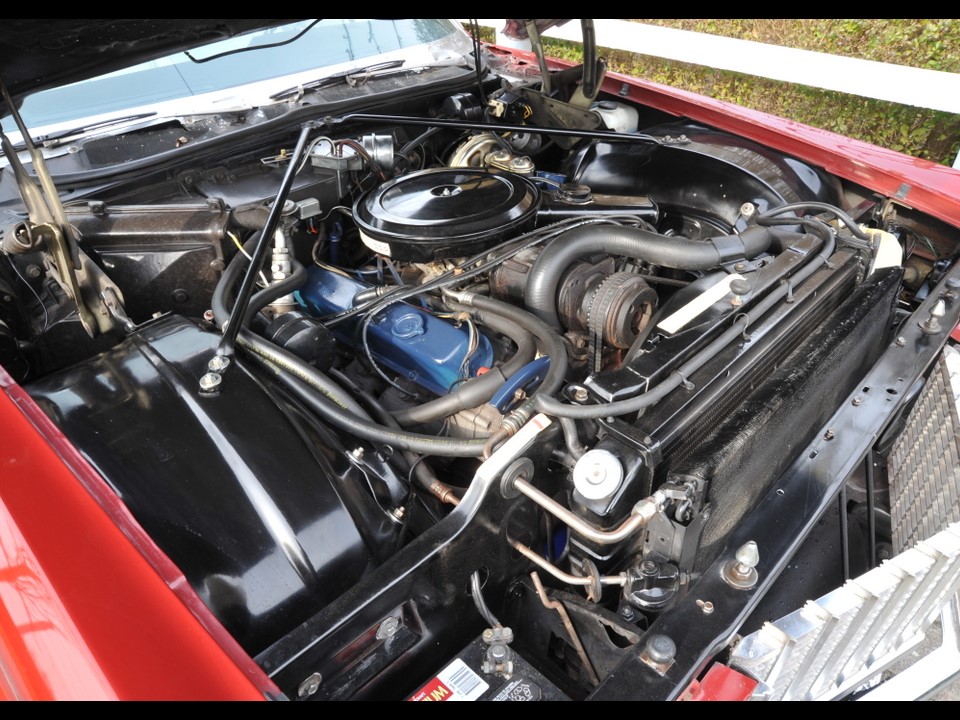 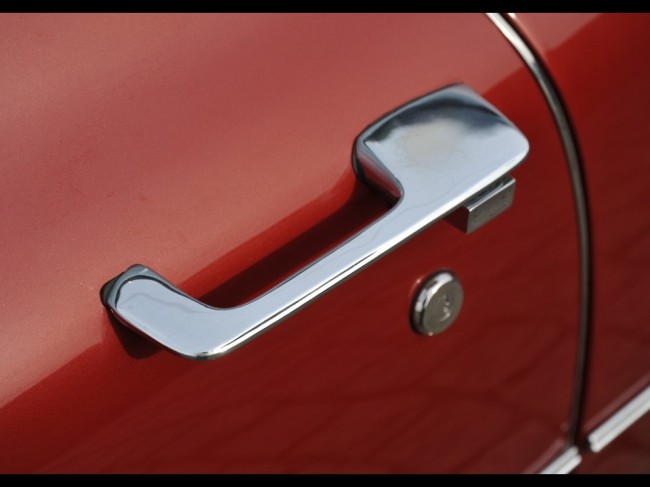 The 1970 Coupe deVille had the luxury length of 225”, rode upon a long 129.5” wheelbase and a 79.8” stance. They were built as body on frame construction using Cadillac’s fully boxed perimeter frame. The front suspension used upper and lower control arms with spherical joints, independent helical coil springs, rubber mounted strut rods and rubber bushings to isolate road noise and absorb impact. The rear suspension included a four-link drive, helical coil springs, and rubber bushings to improve ride quality. The 1970 Cadillacs got a new heavier, stronger rear axle and differential. An optional controlled differential directed power to the rear wheel with the best traction.

Is it obvious that I am in love with the 1970 Cadillacs?

If you ever drove this, you would see why today’s Cadillac is…well…

The 1970 Coupe deVille came standard with a dual power braking system. The hydraulic master cylinder had two separate chambers providing independent front and rear brake operation. The brake shoes were self-adjusting every time the car was shifted to reverse and the brakes applied. The system used front disc and finned composite rear brake drums. The parking brake could be used as a true auxiliary brake. With the unit’s automatic disengage, it wouldn’t lock with the engine running and in gear. 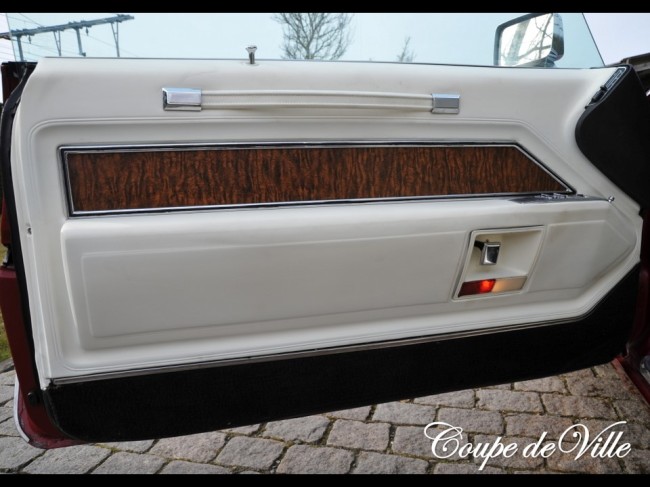 Cadillac offered eleven models in three series for the 1970 model year. The Coupe deVille and its clean contemporary lines looked to the future distinguishing it from all other luxury brands. Nothing expressed the Spirit of the Seventies more magnificently than the 1970 Coupe deVille. It was truly a unique experience of motoring on the grand Cadillac scale. It offered performance that left the 1960s behind.

Cadillac engineers and stylists had once again met the challenge and succeeded. Superlative reputation in any field of endeavor is historically slow in the making. Cadillac maneuvered through the ranks with grace and dignity starting in 1902. Once at the top, one must strive relentlessly to maintain that leadership. The 1970 Cadillacs were exemplary in the manner in which they discharged the legendary epitome of luxury. The formidable “Standard of the World” RULED! 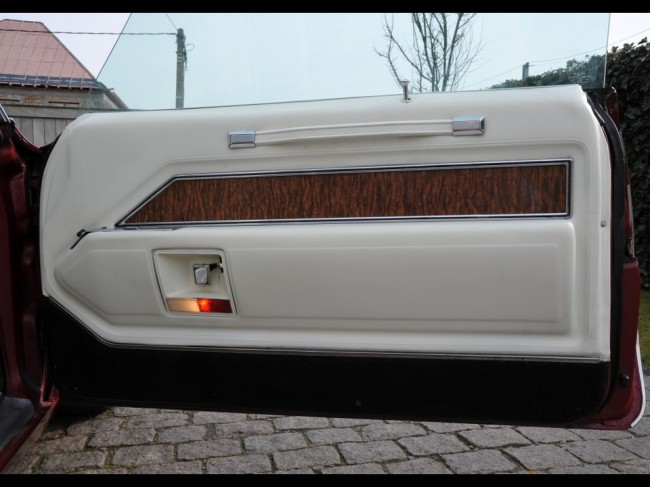 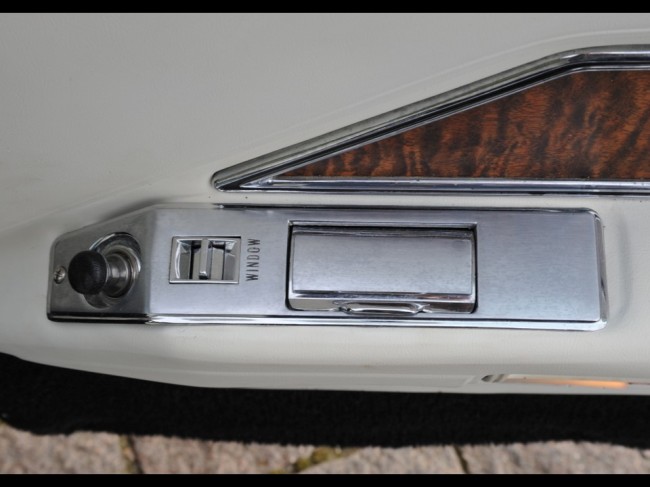 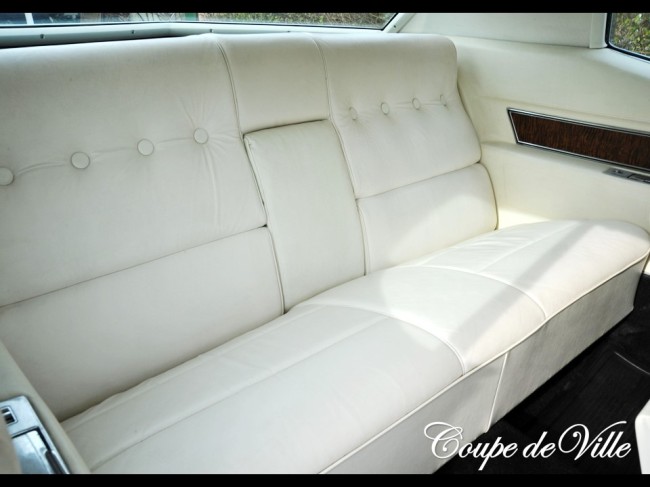 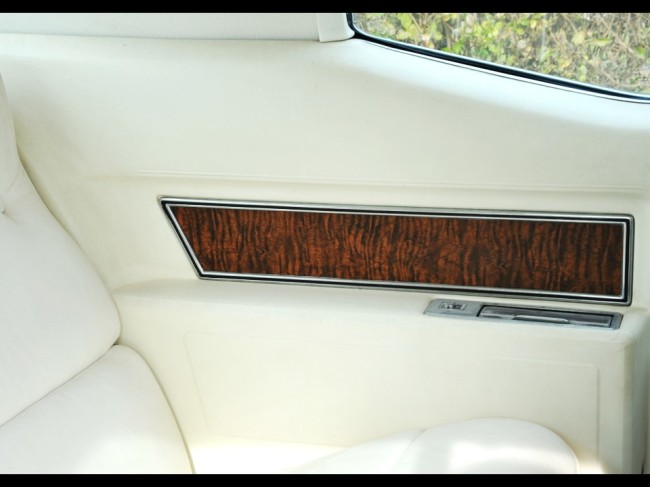 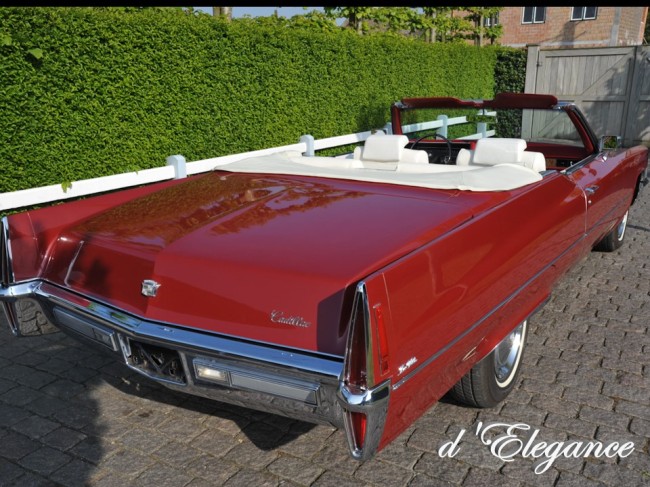 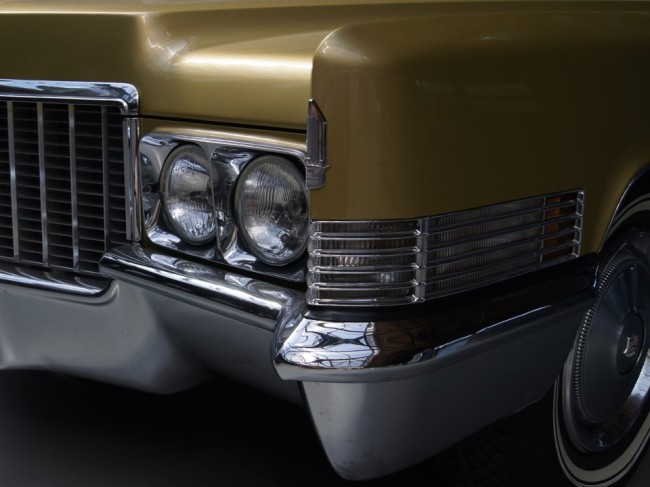 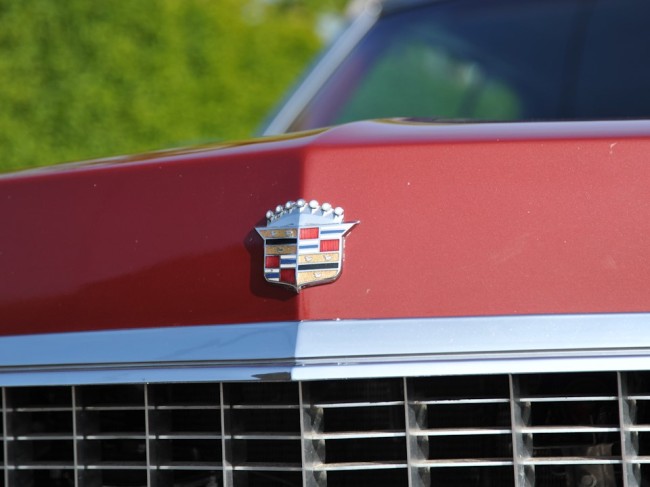 Still more superlative-superlatives………in the continuing saga of “As the Standard of the World Turns.”