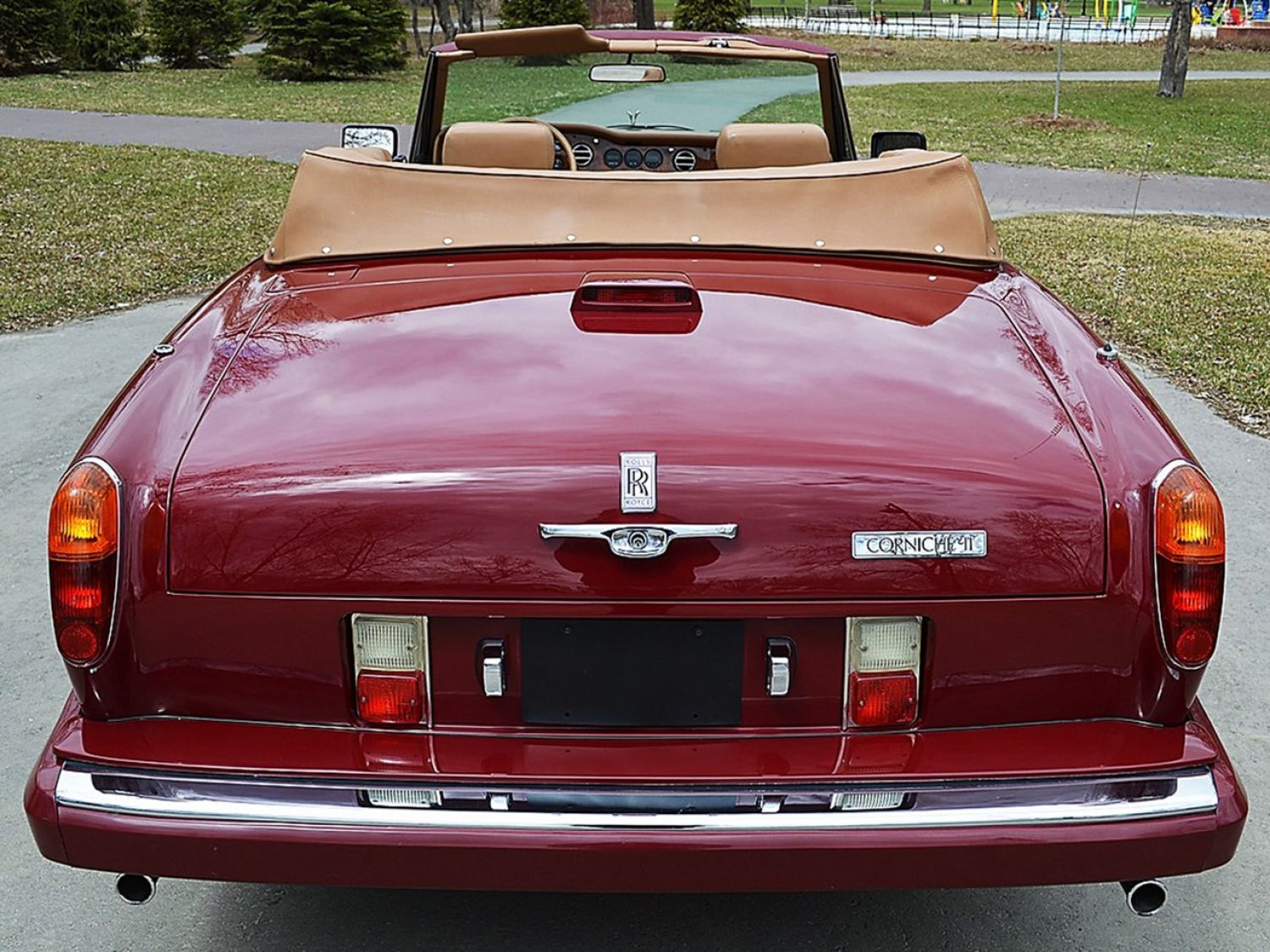 Every One-77 is unique, bespoke, according to Aston Martin: “performs like a breathing animal when driven…” 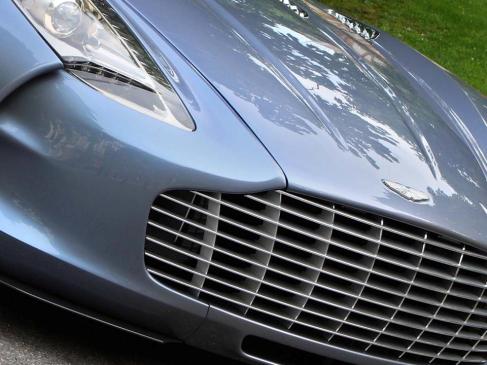 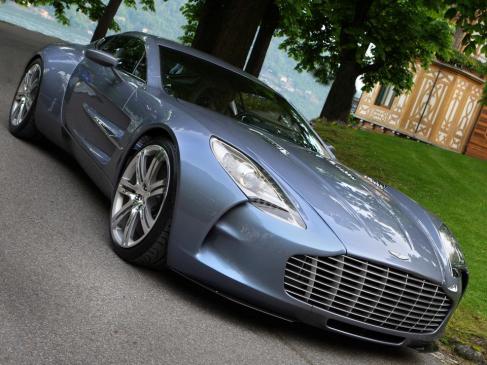 Per Aston Martin’s Chief Executive, Dr. Ulrich Bez  “Right from the beginning of the project the vision for One-77 was very simple: it had to combine high technology with hand-built craftsmanship, and demonstrate the unique capabilities and passion of our designers, engineers, and technical partners.”  “Quite simply, it had to be the ultimate expression of Aston Martin. As you can see, we have achieved that goal in magnificent style.” 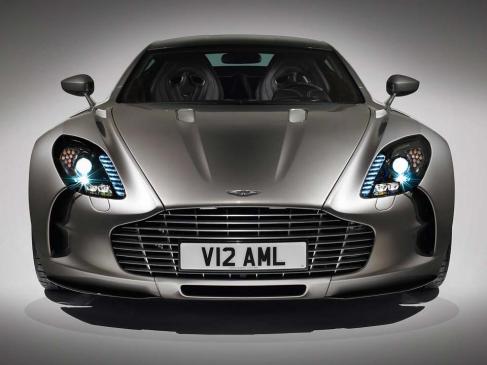 The beautiful two seat, two-door architecture is augmented with a structural core made of lightweight and immensely rigid carbon fibre monocoque. It was built in collaboration with Multimatic (MTC), the world’s leaders in carbon composite technology, advanced vehicle analysis, and dynamic simulation. MTC added unrivaled specialist capabilities to the One-77 project. In fact, the One-77 was so beautiful and innovative that it won three awards. 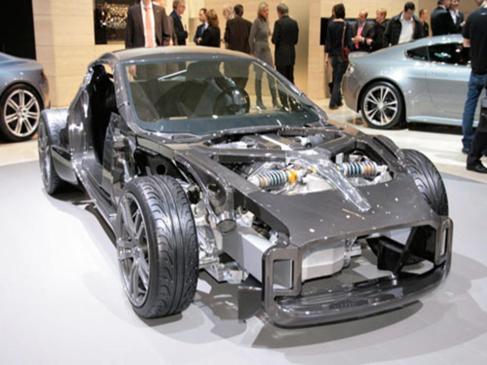 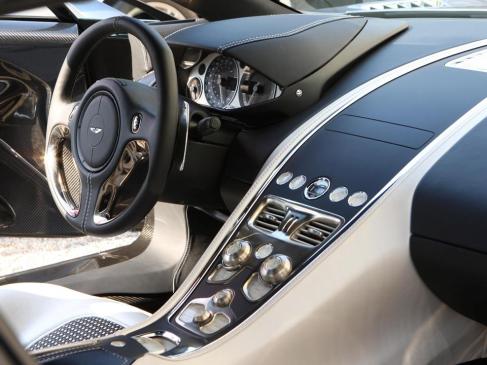 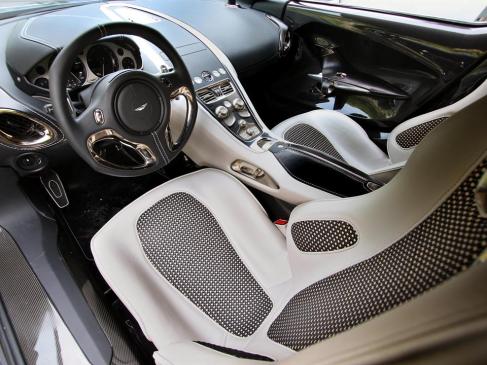 The beauty of the ONE-77 goes beyond its graceful exterior. The GT inspired cabin contains two of the most highly desirable seats in the automotive world today. A quick roster of a few of its many amenities include; an adjustable leather trimmed steering wheel, lightweight memory seats, dual-stage front airbags, powerfold exterior side-view mirrors, automatic temperature control, and optional front & rear parking cameras. 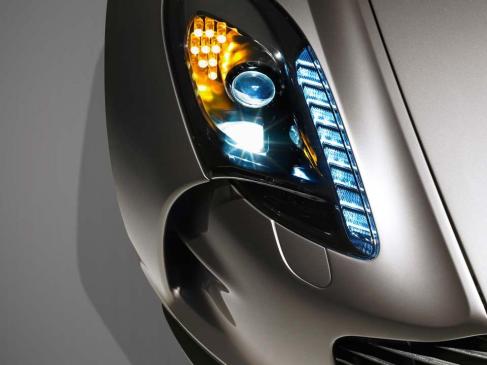 January 2009, the One-77 won the coveted ‘2009 Good Design TM’ award by the Chicago Athenaeum: Museum of Architecture & Design in North America. The International judging committee of design professionals awarded the One-77 the accolade for new and innovative product concept, invention & originality, and for surpassing what is considered ordinary product and consumer design.

April 2009, the One-77 won the ‘Concorso d’Eleganza Design Award for concept cars and prototypes on the shores of lake Como, Italy. Among eight entries from around the world, the One-77 was voted best in class beating the competition with more than 30% of the total votes. This win at a first showing is a very prestigious honor that proved the One-77 as a benchmark in automotive design.

August 2009, the One-77 was awarded the ‘Best Design’ accolade in the 2009 Auto Express New car Awards as voted by readers of the UK automotive magazine. The One-77 dominated the poll picking up more than a third of all the votes cast. The One-77 had fierce competitors but was the clear victor.

The engine is mid-mounted in the front with a new designed dry sump oil system. It’s mounted 100 mm lower than any previous Aston Martin V12 which in turn lowers the center of gravity. The transmission is a rear drive six speed automated manual gearbox with auto shift. It utilizes a magnesium alloy torque tube with carbon fibre propeller shaft and a limited slip differential.

The Dampers are fully adjustable and feature advanced Dynamic Suspension Spool Valve (DSSV) technology, a world first on road car application. These special valves are technological marvels that use precision machined components to enable the shock absorbing characteristics of the damper to be changed without having to remove them from the car. Features like the billet machined aluminium suspension mounts among other intricate networks cannot be seen but make the rolling chassis a masterpiece.

An example of the bespoke nature of the One-77 is that the car’s suspension characteristics have been precisely set by Aston Martin engineers to suit the driver’s exact requirements. The settings are suitable for the ultimate long-distance GT, to a machine capable of conquering the Nürburgring Nordschleife. The One-77 is 181.1″ in length, 8608″ in width, and rides upon a 109″ wheelbase. Its near perfect weight distribution aids the One-77’s graceful overall handling attributes.

The Aston Martin One-77 was unveiled completely at the Geneva Motor Show in 2009 with deliveries beginning in 2011. The One-77 was built at a highly restricted pace of 77 units.  This is where the name comes into play “One of 77” and sold for £1,150,000 GB pounds sterling or a little over $2 Million USD.

The One-77 is Aston Martin’s quintessential sports car that epitomizes everything that is Aston Martin from technology, hand craftsmanship of the rolled aluminium panels, to the fine attention to detail. This is a highly collectible Aston Martin. 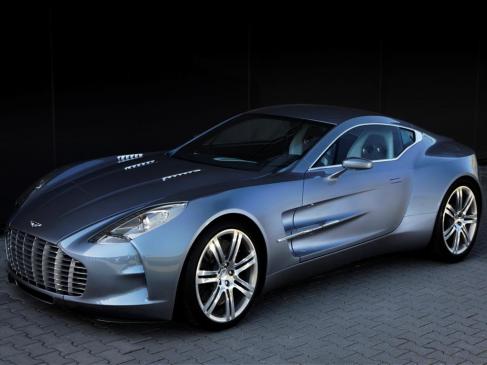 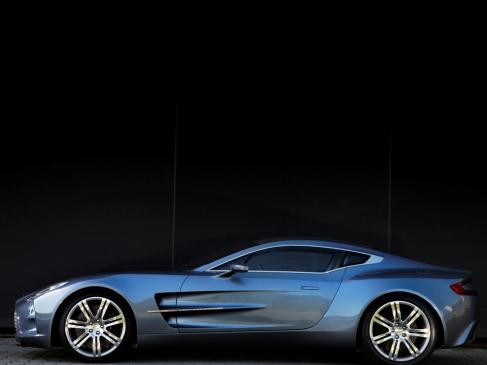 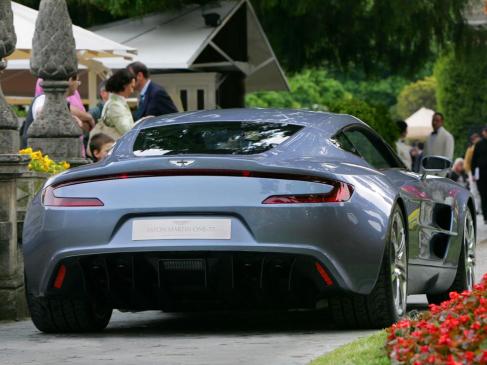 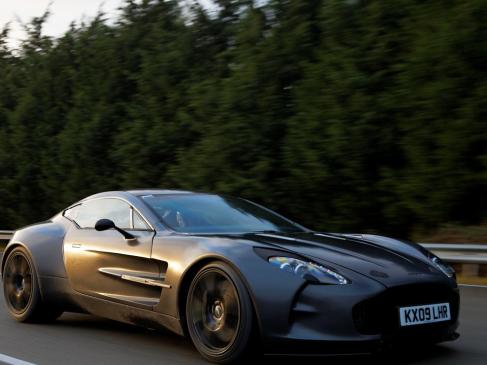 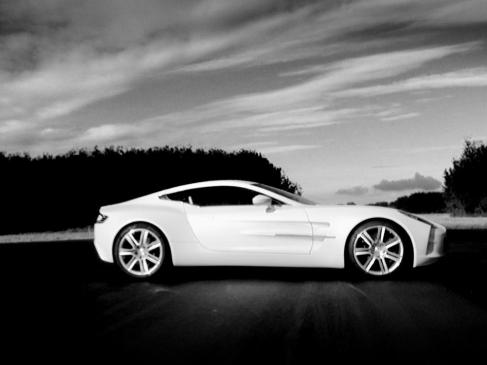 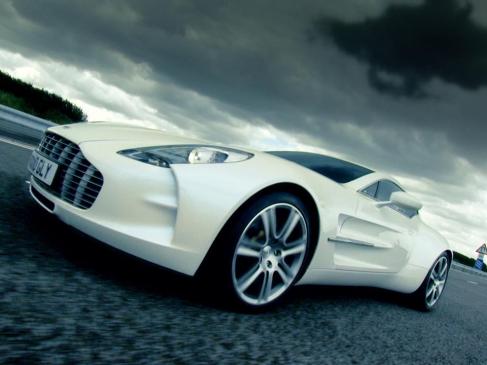 Aston Martin makes some of the most beautiful automobiles in the world….