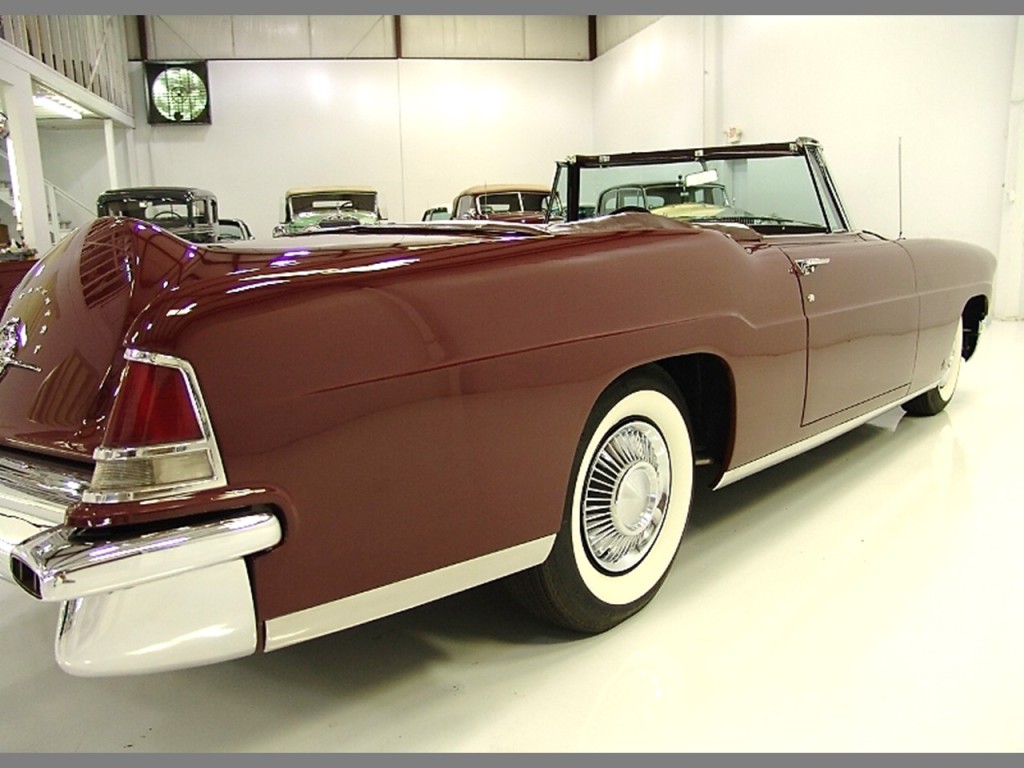 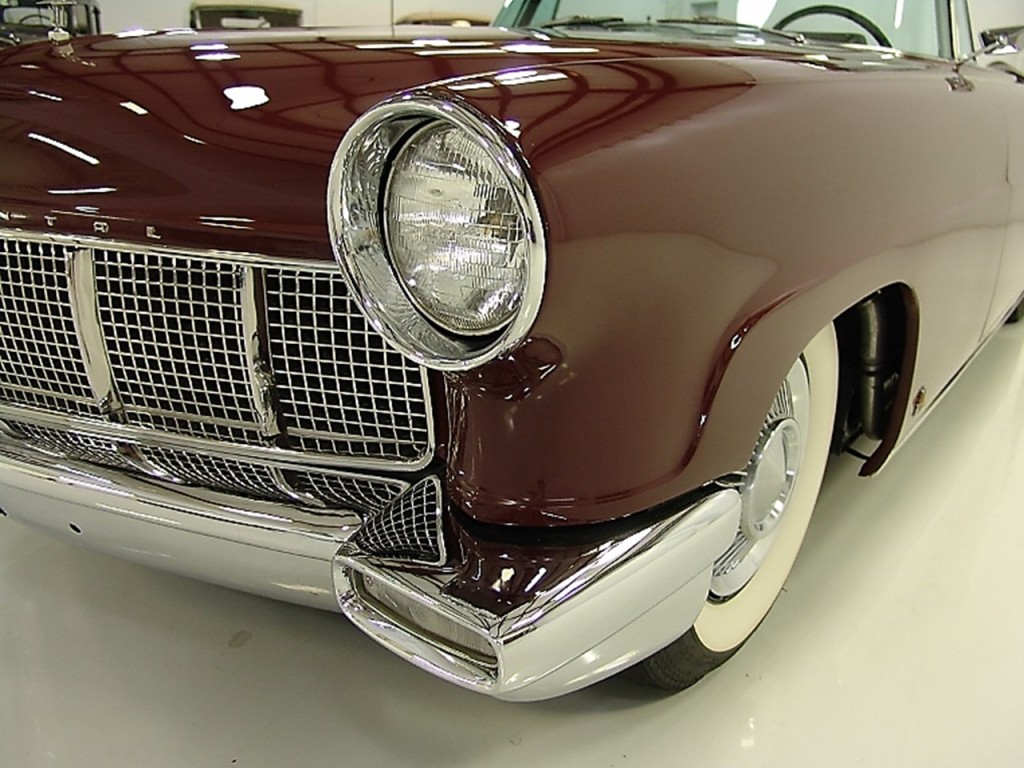 The Continental Life continues with the most aristocratic of all open tourers…the classic 1956 Continental MK II. It is presented here in its rarest form. Only six were specially built by Collins Trim and Auto. Hess & Eisenhardt also made at least two. The question still remains as to how many MK II convertibles were made. According to Daniel Schmitt & Co who sold this car, well over $100,000 was spent on this exquisite example. It is intended to replicate one of the rare earlier versions.

Here’s the first fact to consider, it is NOT a Lincoln. It is a Continental and built as its own division separate from the Lincoln brand. The Continental Division of Ford Motor Company existed only two years, in 1956 and 1957. A Continental MK II is an image car and is sought by the most discerning connoisseur. Its classic elegance is timeless.

Ford’s intent was to introduce an ultra-exclusive personal luxury automobile; it was also to be the most exclusive and expensive automobile in the world. The outrageous price tag exceeding $10,000 limited sales to 3,012 vehicles. The price was rather avant-garde for the day – This fabulous automobile was so comprehensively equipped, the only option available in 1956 was air conditioning for a cost of $595. 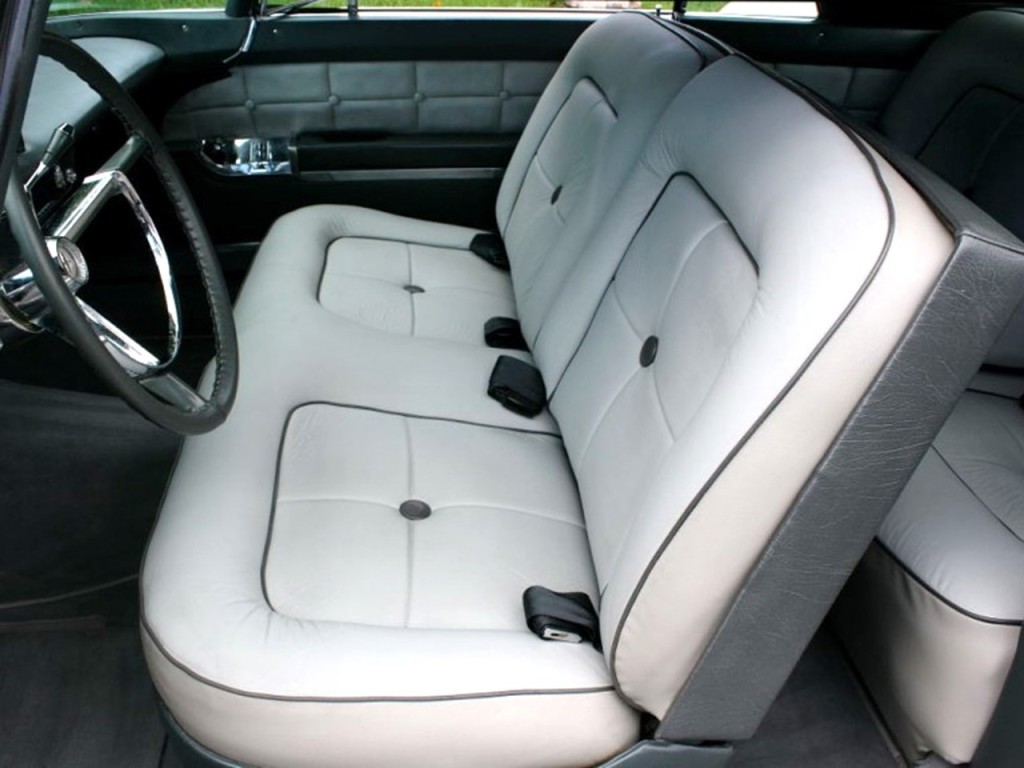 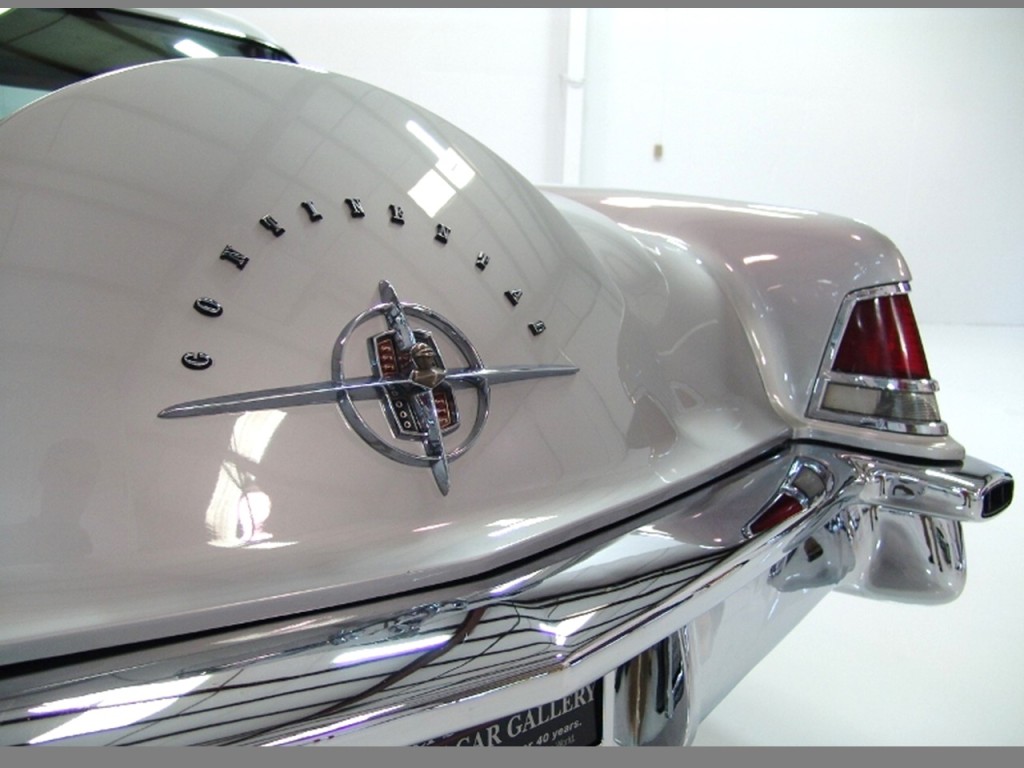 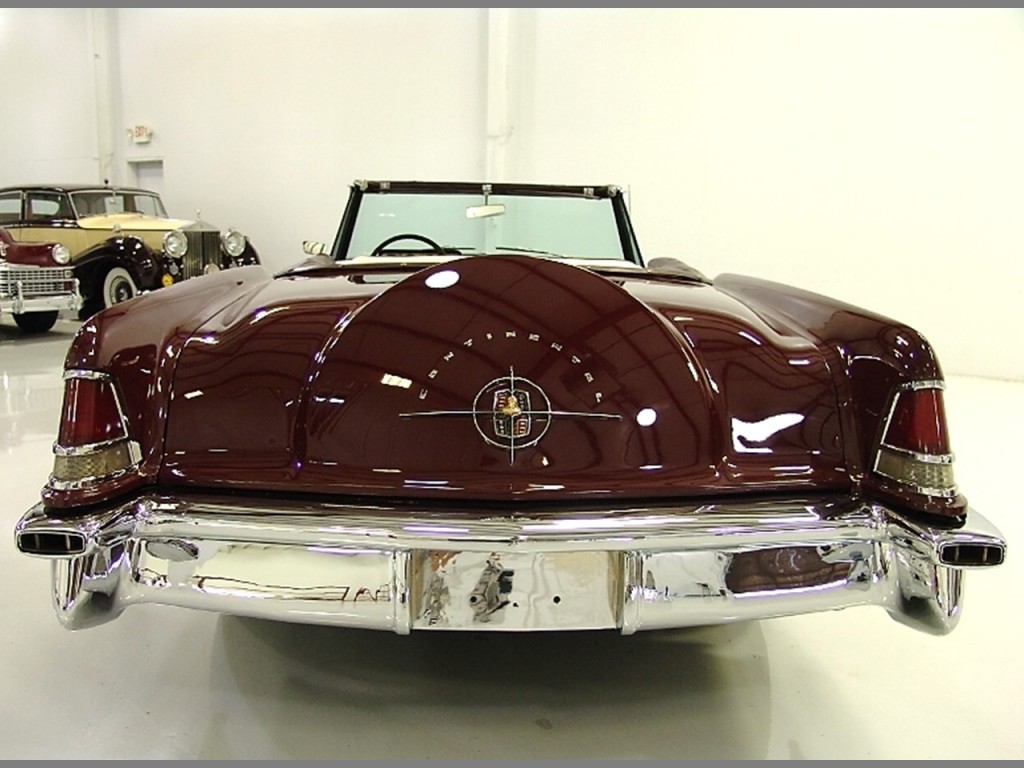 Collins Trim and Auto of Marion, Indiana hand-crafted six Continental MK II conversions in the 1990s. The original convertible was built by Derham Coachworks of Rosemont, Pennsylvania in 1956 as a prototype. The custom Carson-style top has extra wide rear sail panels. The roof augments the classic silhouette of the Continental MK II. The car’s original “cow-belly” frame is well suited for this type of conversion because of its deep-seated, more upright construction with a lower silhouette. The cow-belly design required the use of a 3-joint driveshaft and a higher transmission tunnel inside the car. Had production commenced for this body style, the price would have exceeded $18,000 –

Hess & Eisenhardt is rumored to have built two or three convertibles but the actual number remains as mysterious as the car itself. They used Mercedes-Benz hydraulics for the top. The chassis was also reinforced by modifications. Harmonic resonance has to be countered with this type of alteration. This is negative energy in the form of vibration which can destroy an improper conversion.

No luxury automobile epitomized the 1950s more than the Continental MK II. The long hood, hardtop design, and iconic ersatz spare tire design became signature features for subsequent models in the distinguished Continental Mark Series. They were the pinnacle of personal luxury motoring in their day, and still are. These elite motorcars were built largely by hand to exacting standards.

It was built as a stand-alone division, and custom-crafted at the Continental Assembly Plant which was shared by no other Ford vehicle. The MK II was the closest thing to a hand-built custom-bodied car since the coachbuilt classics from the 1940s. The Continental MK II has the luxury length of 218.4”, and it rides upon a long 126” wheelbase. Tastefully styled, and impeccably hand-crafted, the Continental MK II was the epitome of luxury. If you drove this car in 1956-1957…..you were “there.”

Every step of its production was exclusive. The paintwork alone consisted of numerous coats of primer and paint that were air-dried, hand-rubbed, hand-sanded, then double lacquered and hand-rubbed to a mirror-like appearance. Only after an intolerant inspector’s OK, did the vehicle proceed to the next stage of its production. The Continental Assembly Plant had its own ¼ mile road test course.

After an exhaustive round of testing and inspection, the Continental MK II had a unique manner of shipment. The car was protected by a fleece lined cloth cover wrapped in a big plastic bag. When the cars reached the dealer destination…all that was required to deliver the car was to attach the hubcaps, bolt on the license plate and present the keys to the new owner…welcome to The Continental Life –

The Continental MK II was marketed in an extremely tasteful fashion…as a true automobile of eloquence should. It was introduced at the 1955 Paris Auto Show. Advertising ‘teasers’ went out as early as 1954 leaking minimal details purposely over the next year until its introduction. The Continental MK II debuted in major US cities by invitation only. The red carpet was rolled out for this all-new dimension in luxury motoring. Warner Brothers gifted one to actress Elizabeth Taylor in a custom color to match her eyes – 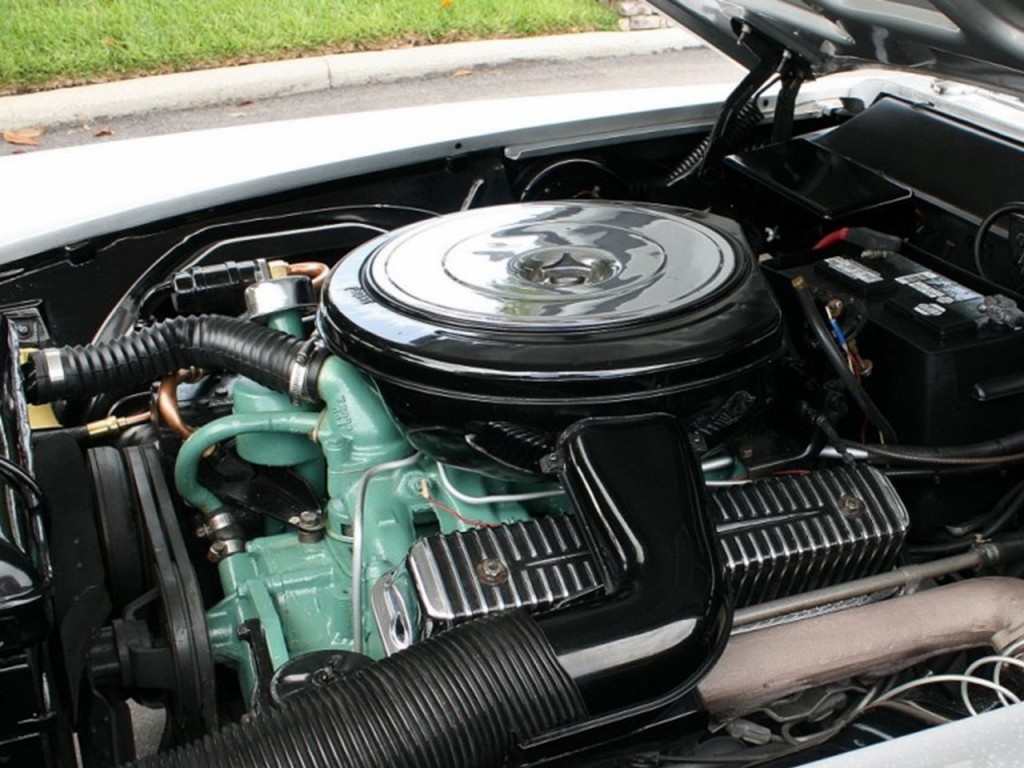 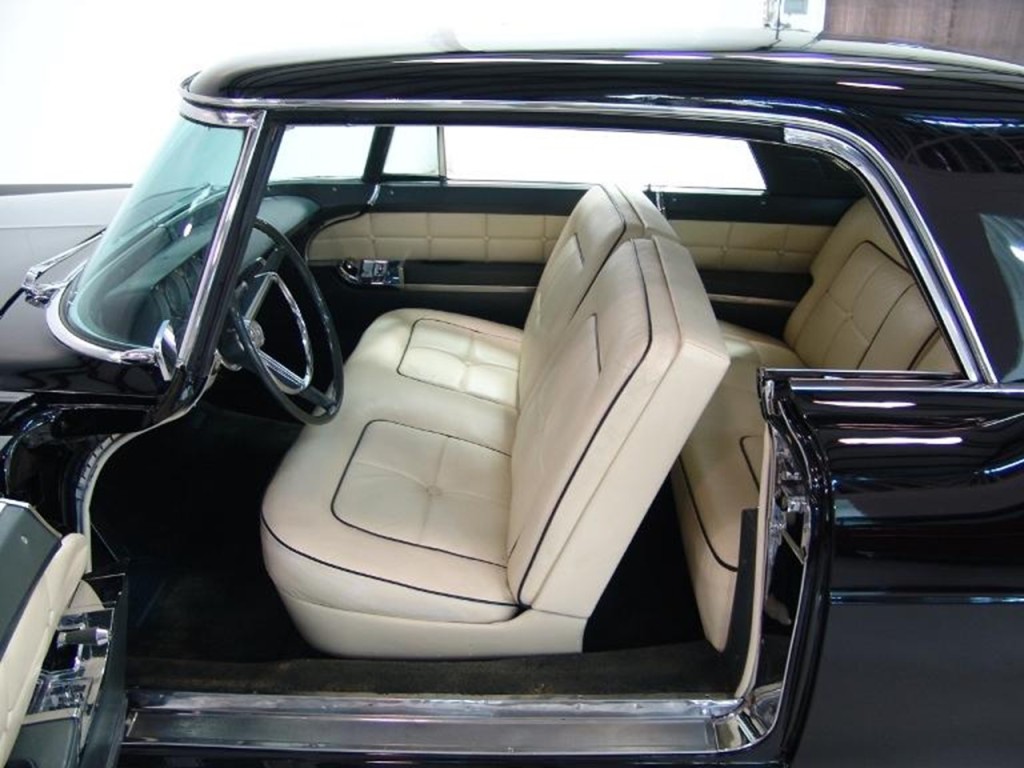 The primary reason these magnificent automobiles aren’t worth more is because there are still so many in existence and in service. This fact is due in no small part to the car’s hand-built quality. The engine is blue-printed and hand-assembled. All of the car’s components were built meticulously out of the highest quality materials and mostly by hand and eye to near perfection. This luxuriously hand-crafted automobile was a ‘loss-leader’ in the market place losing $1,000 on each car built. There was an ongoing factory joke that Ford should put a $1,000 bill in each glove box of the Continental MK II at the end of the assembly line – 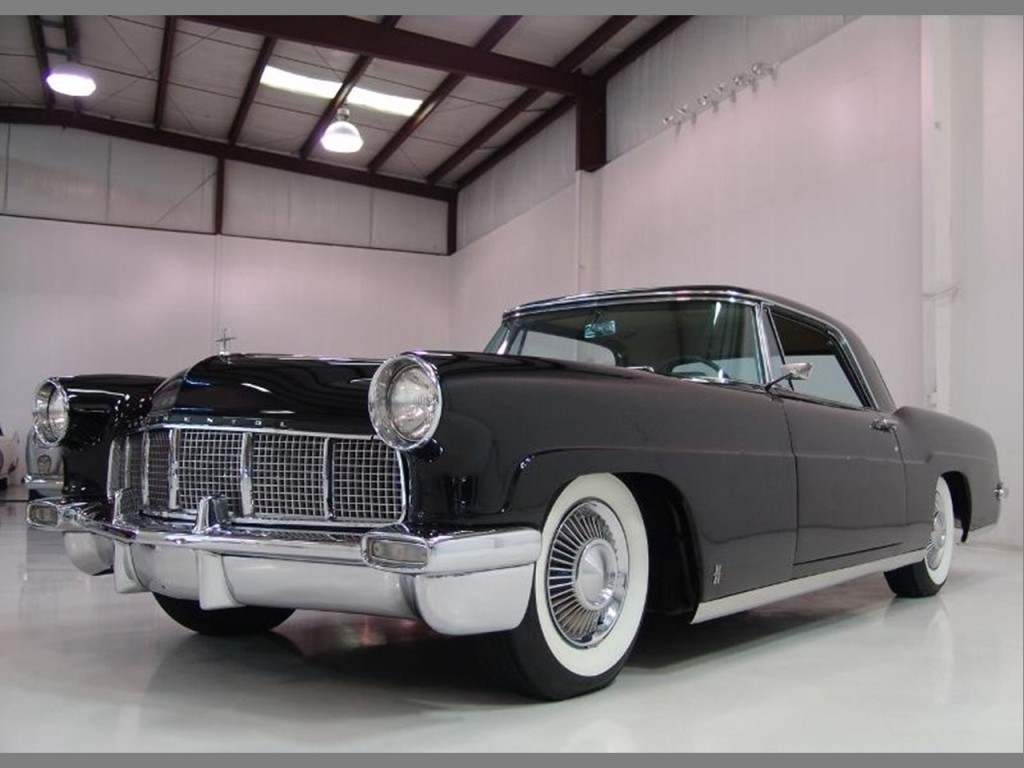 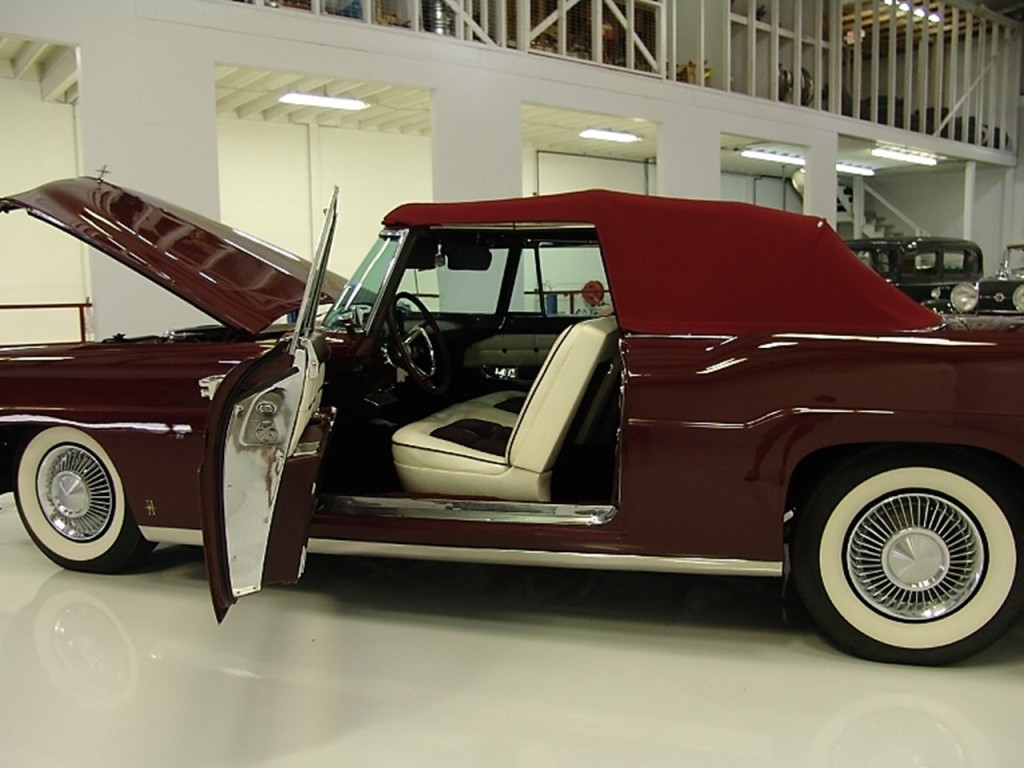 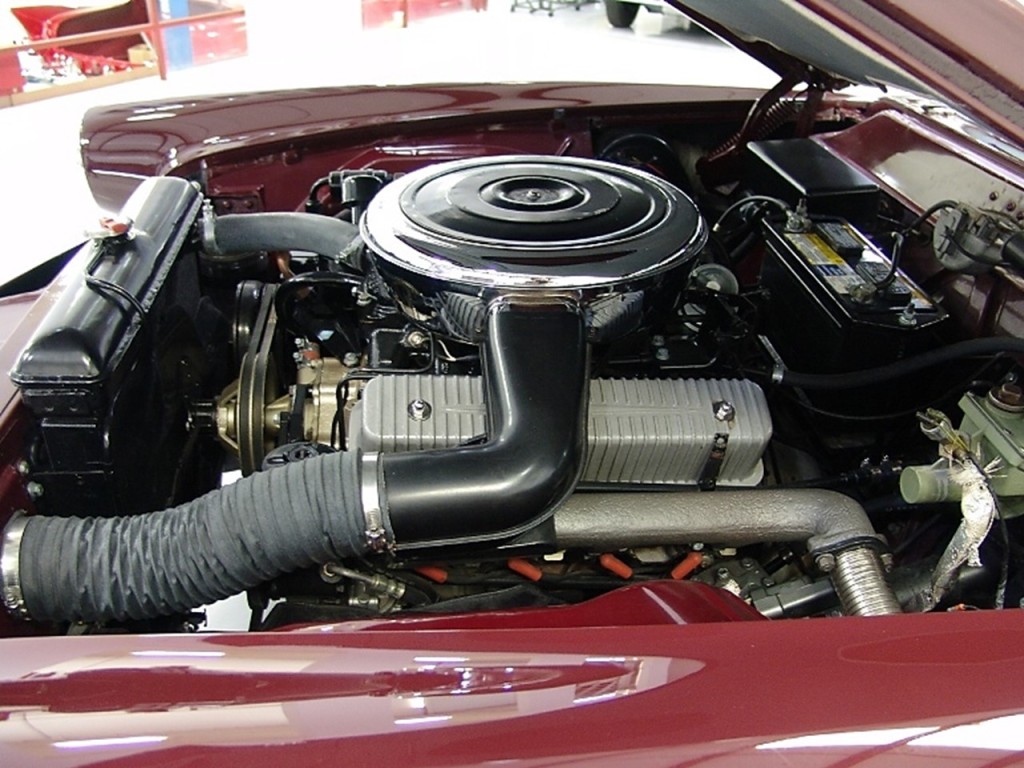 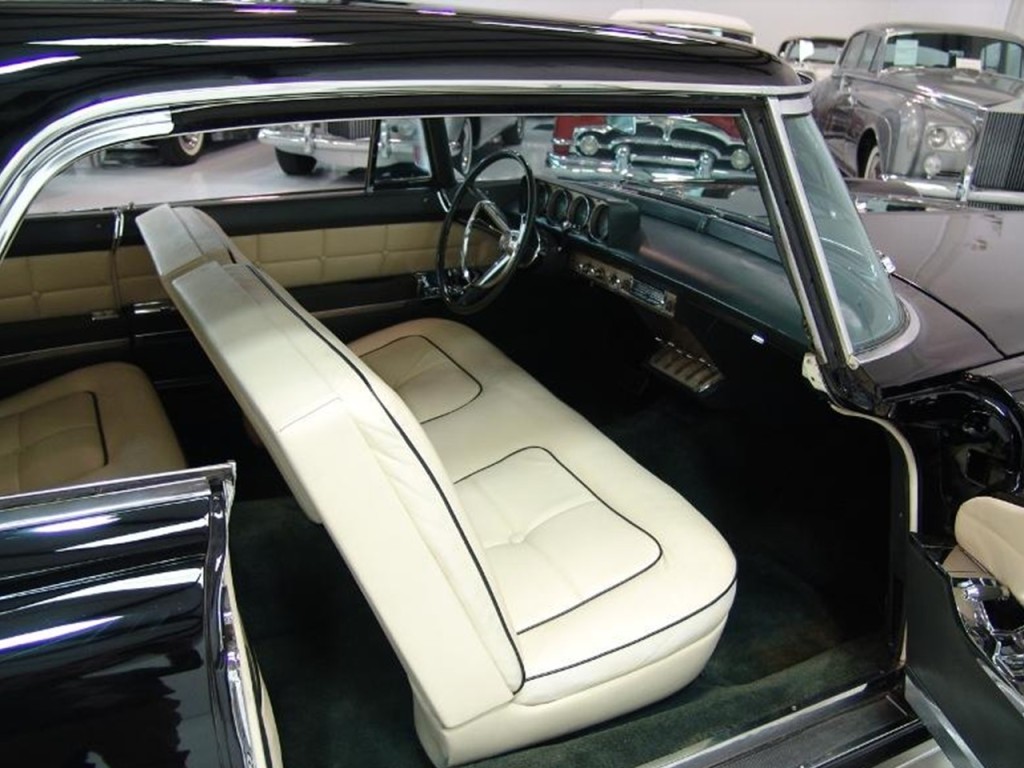 The Continental MK II was one class act. It came equipped with power steering, power brakes, power windows, and a motorized radio with power antenna. The interior could be ordered in understated broadcloth in a cross-checkered nylon or luxurious “Bridge of Weir” leather imported from Scotland.

There was also another choice called “Metallasse” which was an opulent embroidered thread pattern. The Continental MK II was European inspired in its design, while other automakers were piling on the chrome and tail fins; it had a tasteful, elegant, understated appearance that gave it classic simplicity. 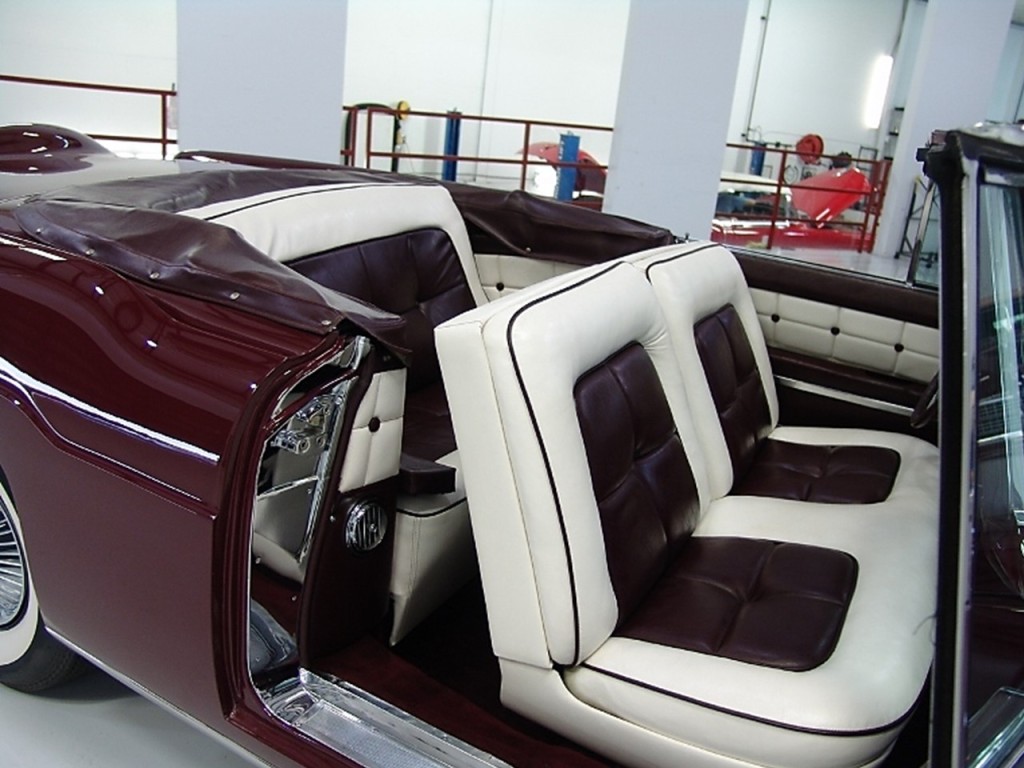 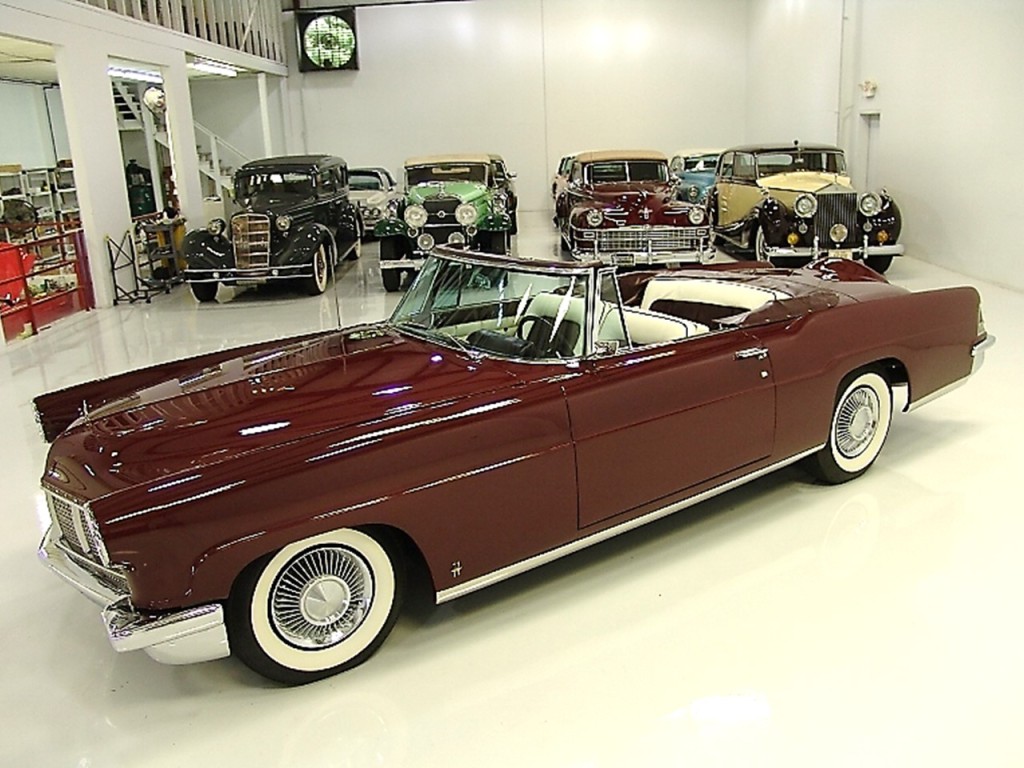 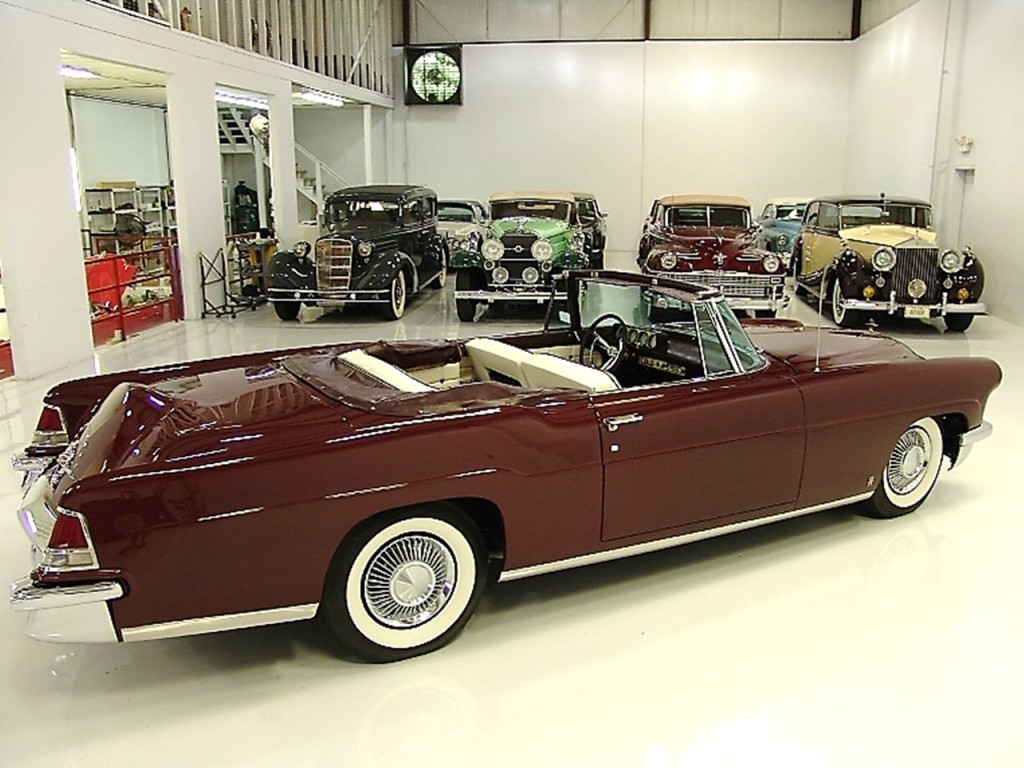 Special thanks to Daniel Schmitt & Co and MJC Classic Cars 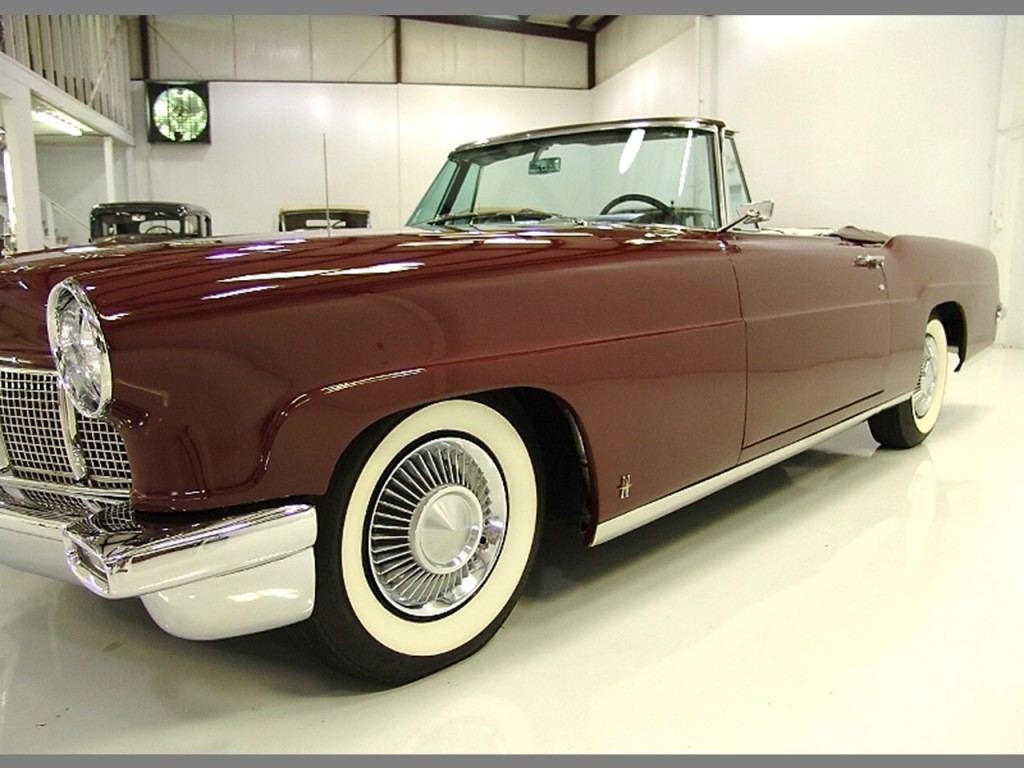 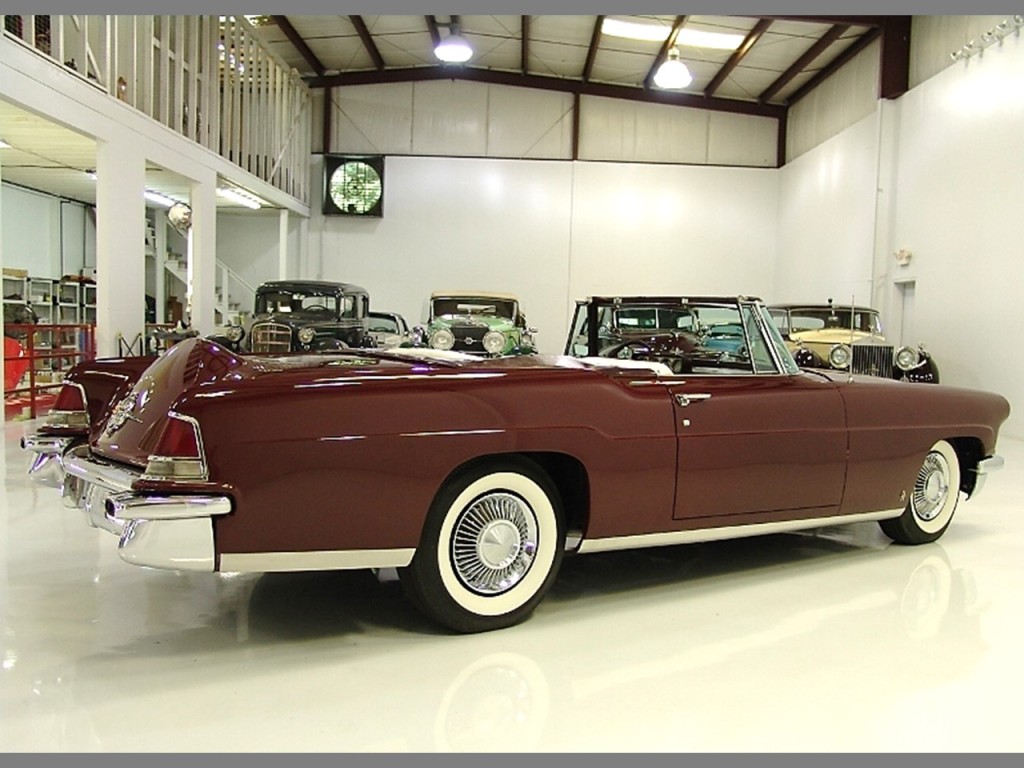 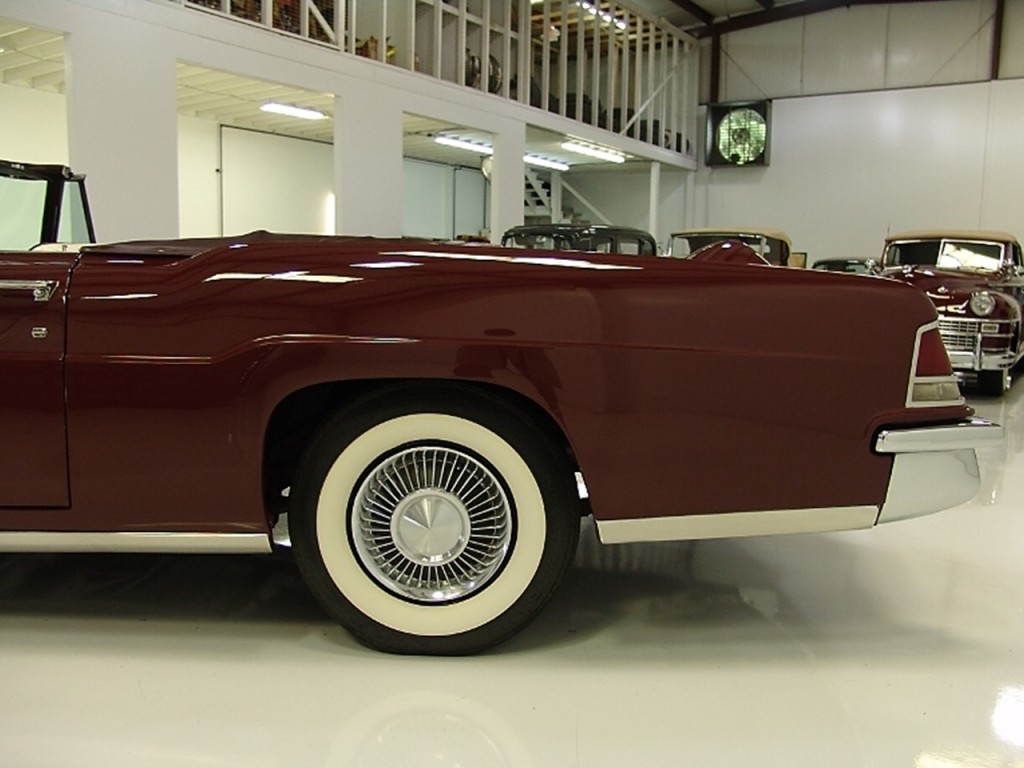