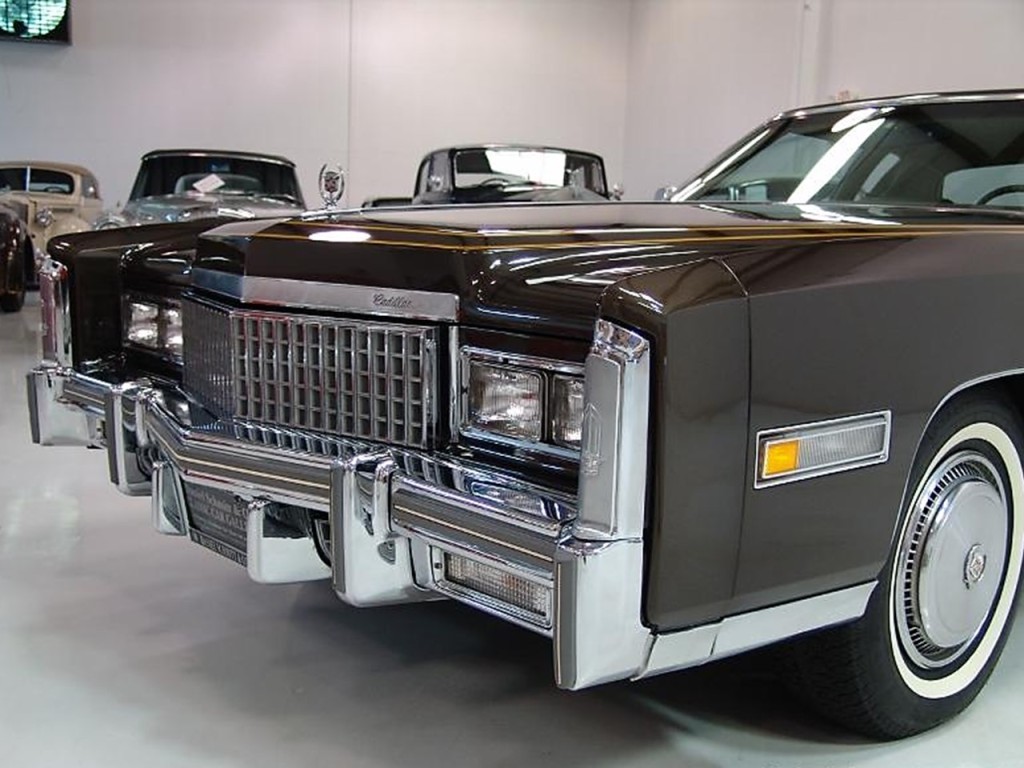 The “Spirited Seventies” produced luxury automobiles for nearly every taste. Cadillac had a luxury model to satisfy the most discerning owner. The formidable Eldorado Series was the epitome of luxury and Cadillac’s Flagship Supreme. It was the world’s finest personal luxury coupe.

The 1975 Cadillac Eldorado was the only car in the world to combine the control and maneuverability of front-wheel drive…the precision feel of Variable Ratio Power steering…the perfect poise with Automatic Level Control…and the comfort & convenience of Automatic Climate Control. The 1975 Eldorado makes a guest appearance…in the continuing saga of “As the Standard of the World Turns.” 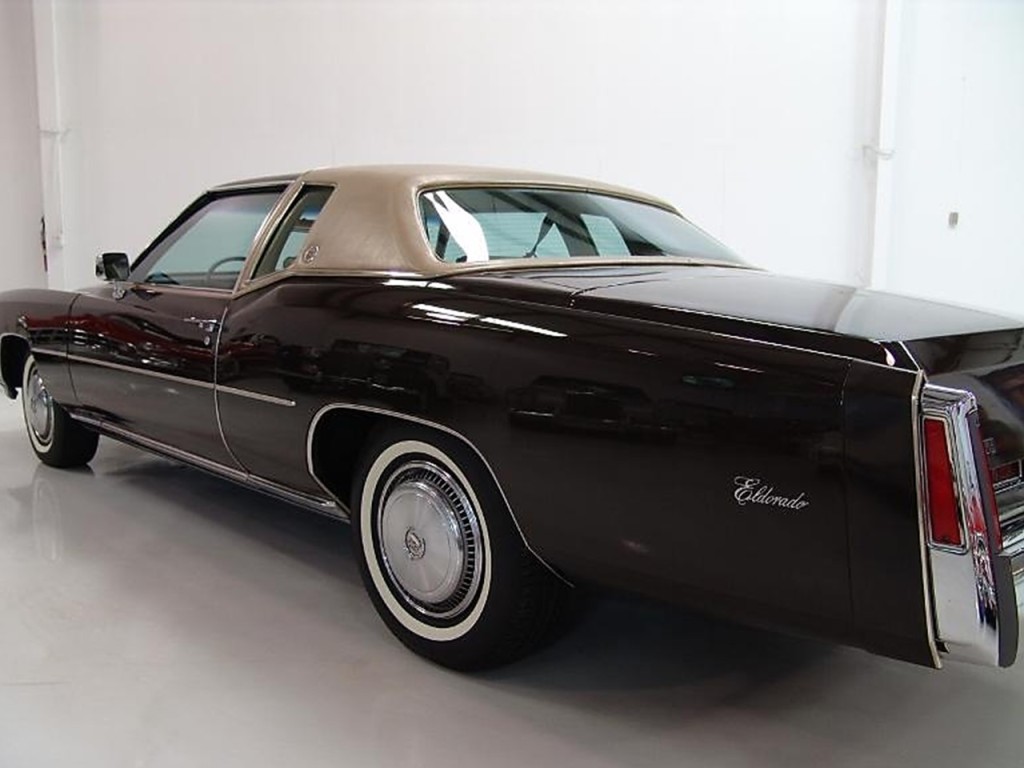 The 1975 Cadillac Eldorado was one of the world’s most dramatically styled automobiles. It was available as the Eldorado coupe. The long. Low silhouette was unmistakably Cadillac. The long hood and short rear deck made the Eldorado coupe true to its classic tradition.

It was the closed grand tourer that offered a sporting attitude enveloped in kid-glove luxury. The rooflines were augmented by elegant new coach windows in the sail panels. 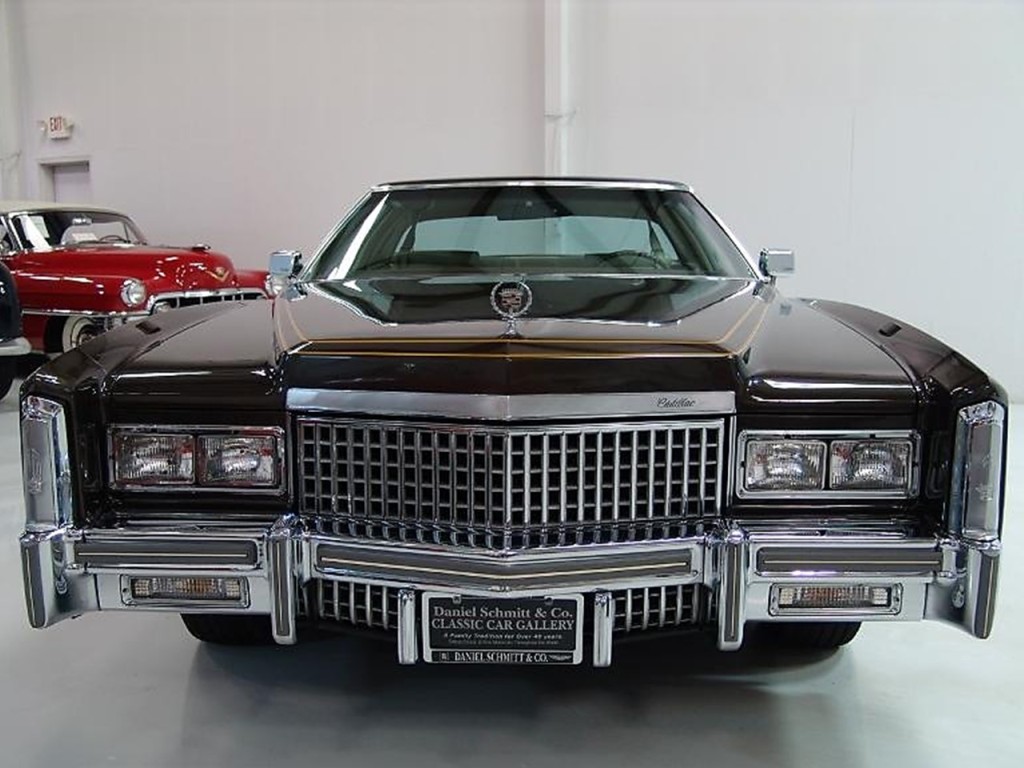 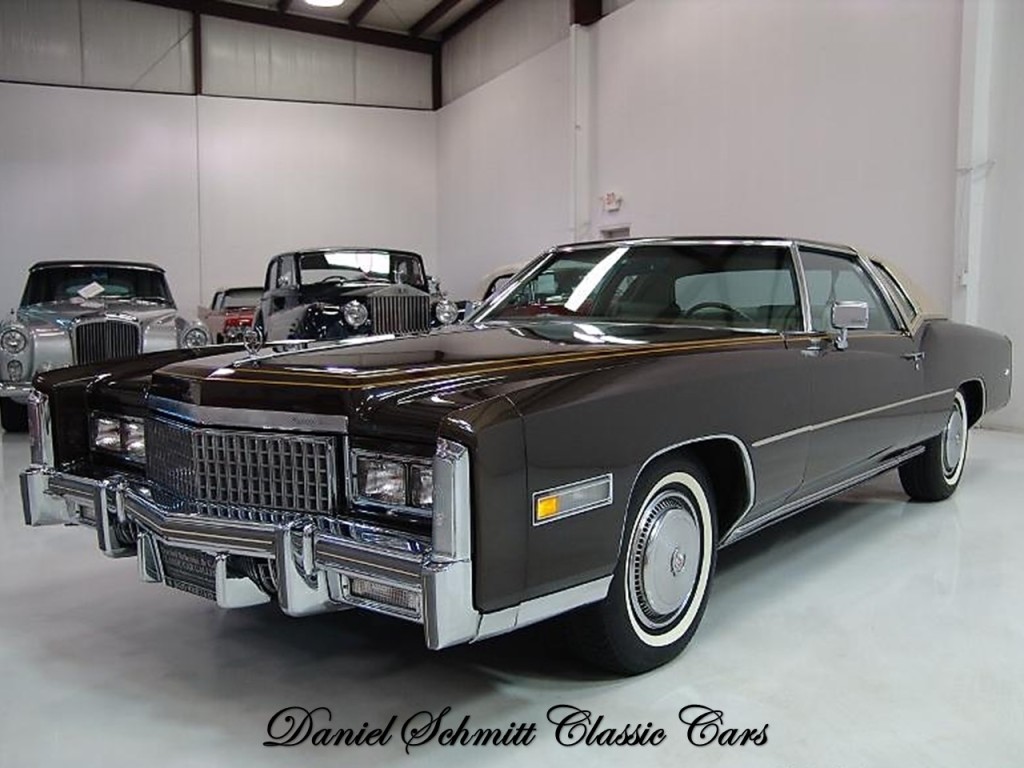 The Eldorado Custom Cabriolet was the ultimate Eldorado. It featured a tailored padded Elk grain vinyl roof over the rear most portion of the roof. Bright chrome roof moldings, a French seam around the backlight, and the distinguished Cadillac laurel wreath & crest were applied to each rear sail panel.

The additional roominess of the Eldorado coupe was due in no small part to its front-wheel drive. A wide array of color combinations were available in a Mosaic Check cloth with leather bolsters, or Monticello a classic velour in six colors, or Metamora plaid in three colors.

The new softer Sierra grain leather was available in 12 different trim combinations. Multiple seating combinations were available. A popular choice was the 50/50 dual comfort front seats with standard driver’s 6-way adjustment. A power recliner with 6-way adjustment were available for the passenger seat. The 1975 Eldorado coupe was as luxurious on the inside as it was on the outside. 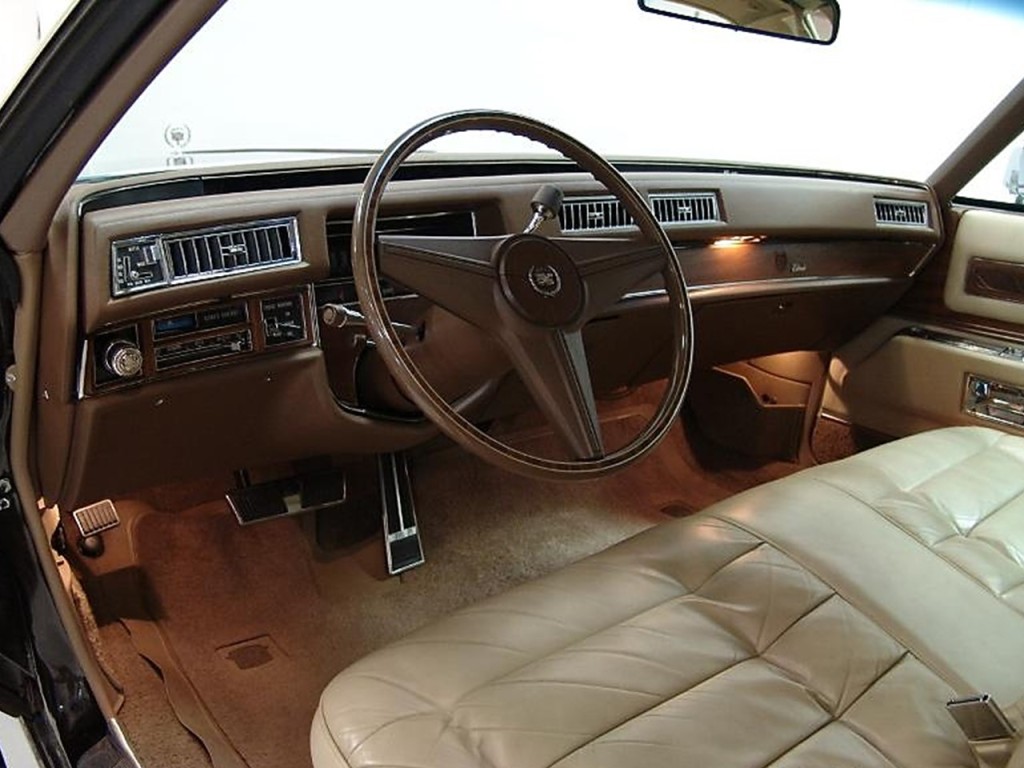 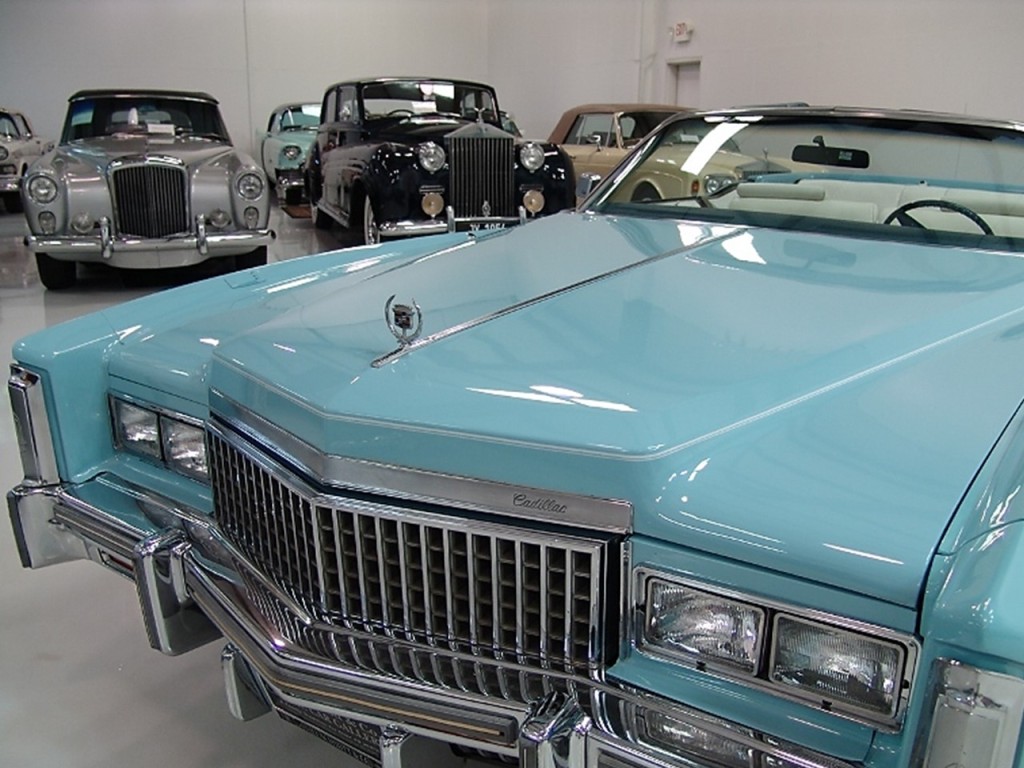 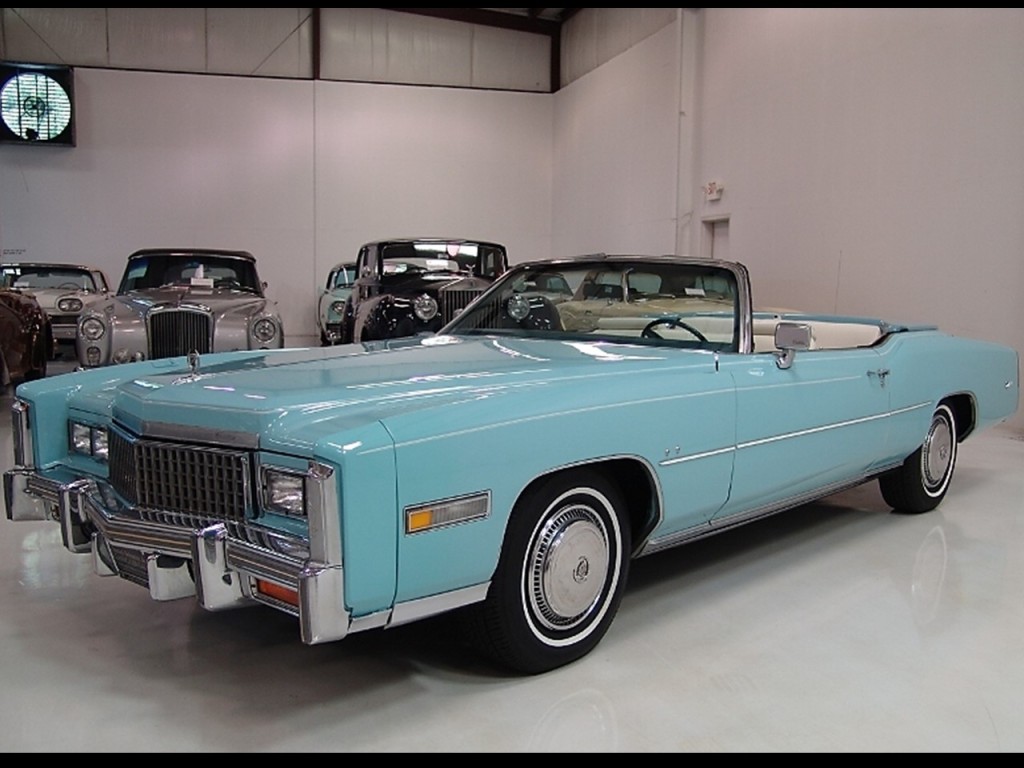 The 1975 Eldorado was also available as the only luxury convertible built in America. It was a dramatic synthesis of two motoring worlds: the panache of a convertible, and the superlative luxury of being a Cadillac. Its ingenious inward folding roof provided full-width rear seating and a neater profile with the roof folded. The optional color coordinated parade boot was trim and unobtrusive to the convertible’s appeal.

With the top down, the architecture of this car looked as though it spanned for miles. Style code #6L L67/E Fleetwood Eldorado convertible was base priced at $10,354 with two price increases during the model year at $10,367, and $10,783. Only 8,950 1975 Eldorado convertibles were built making it more collectible than the “Last Cadillac production convertible” for the 1976 model year with 14,000 being built. 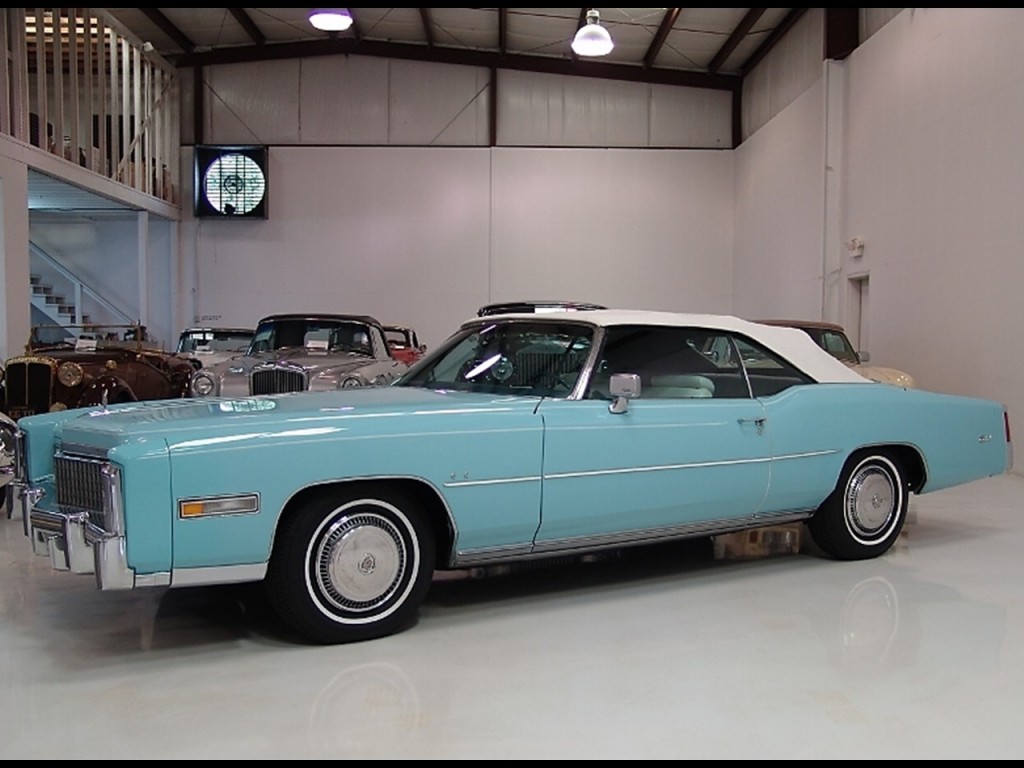 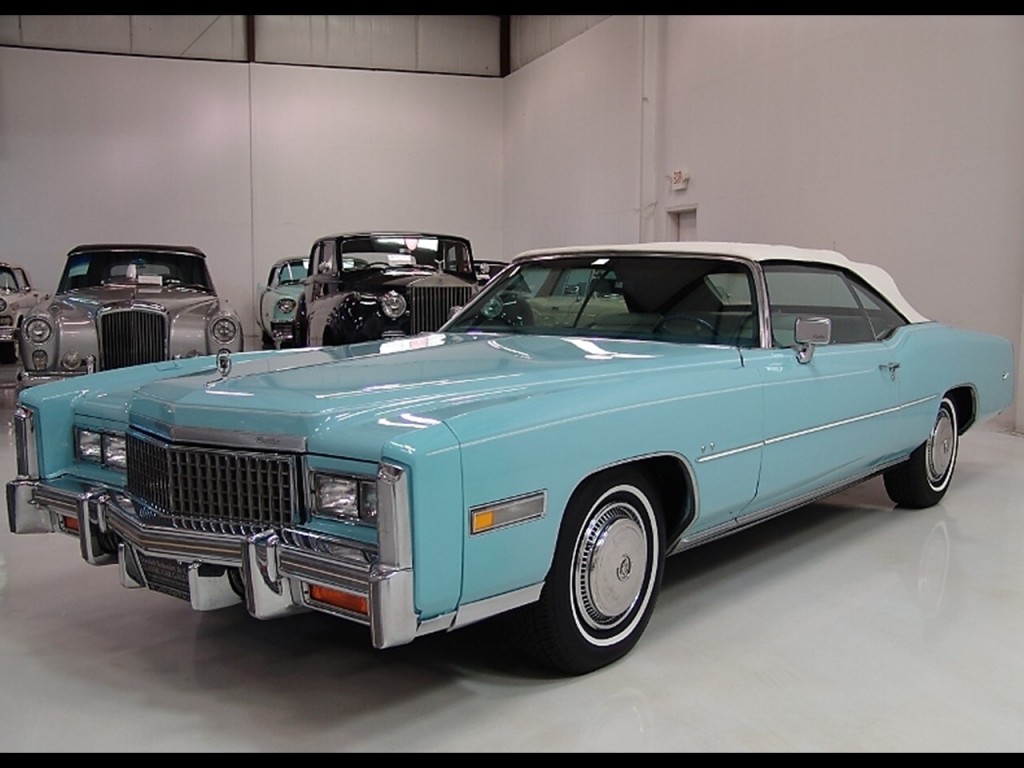 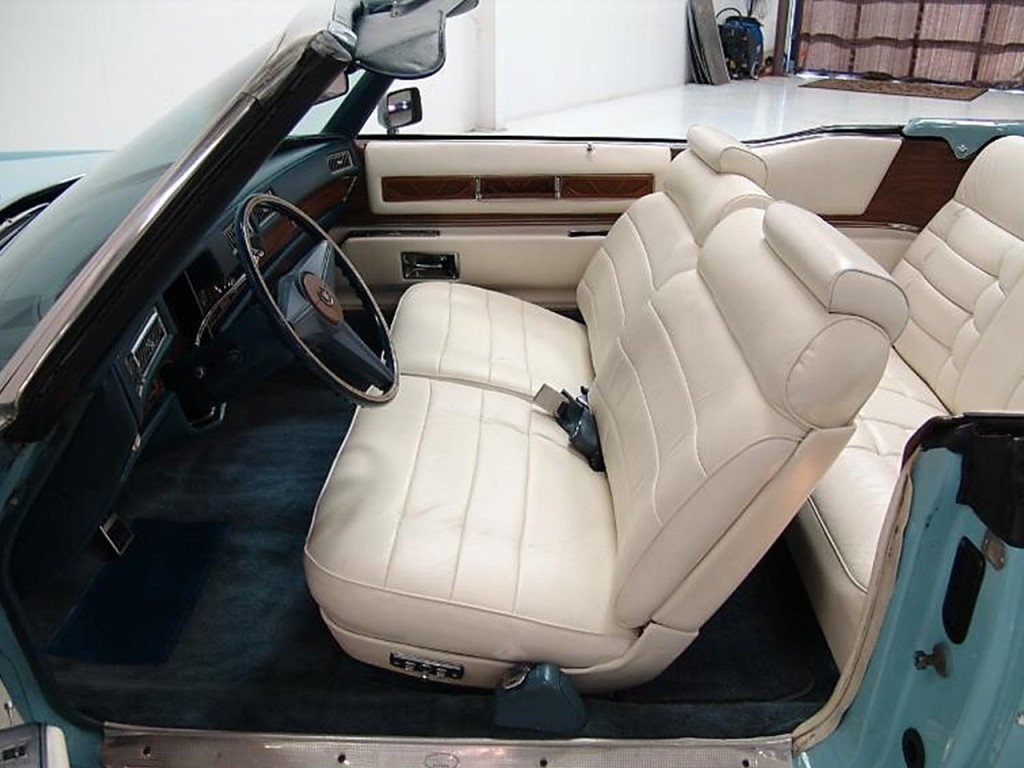 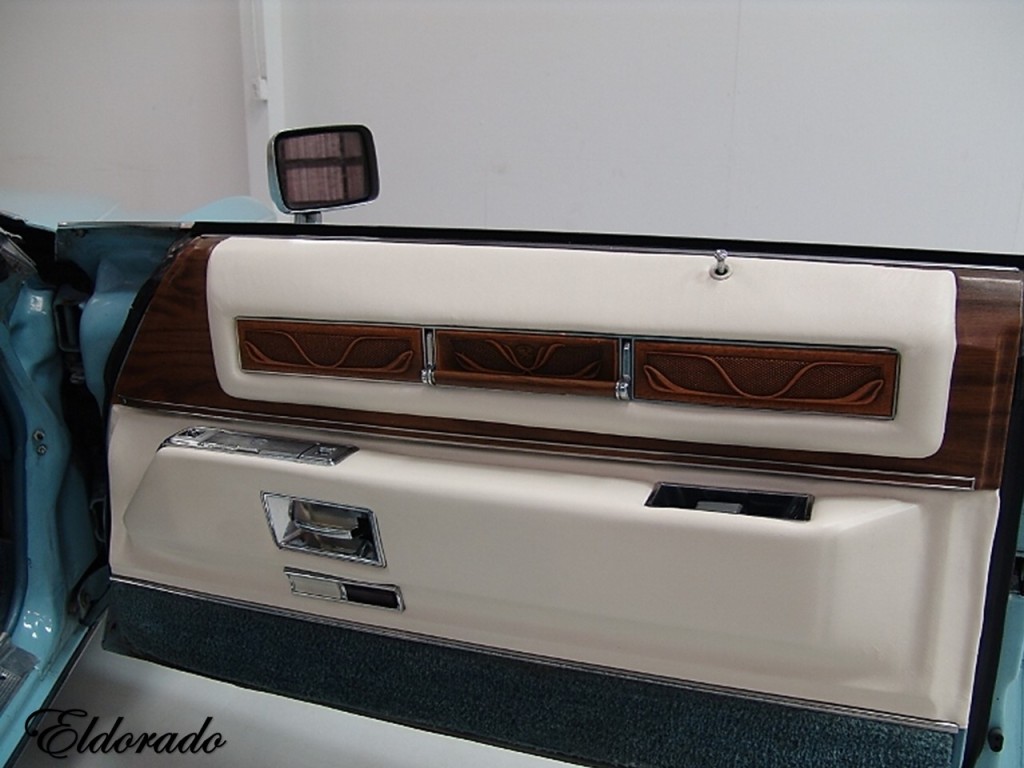 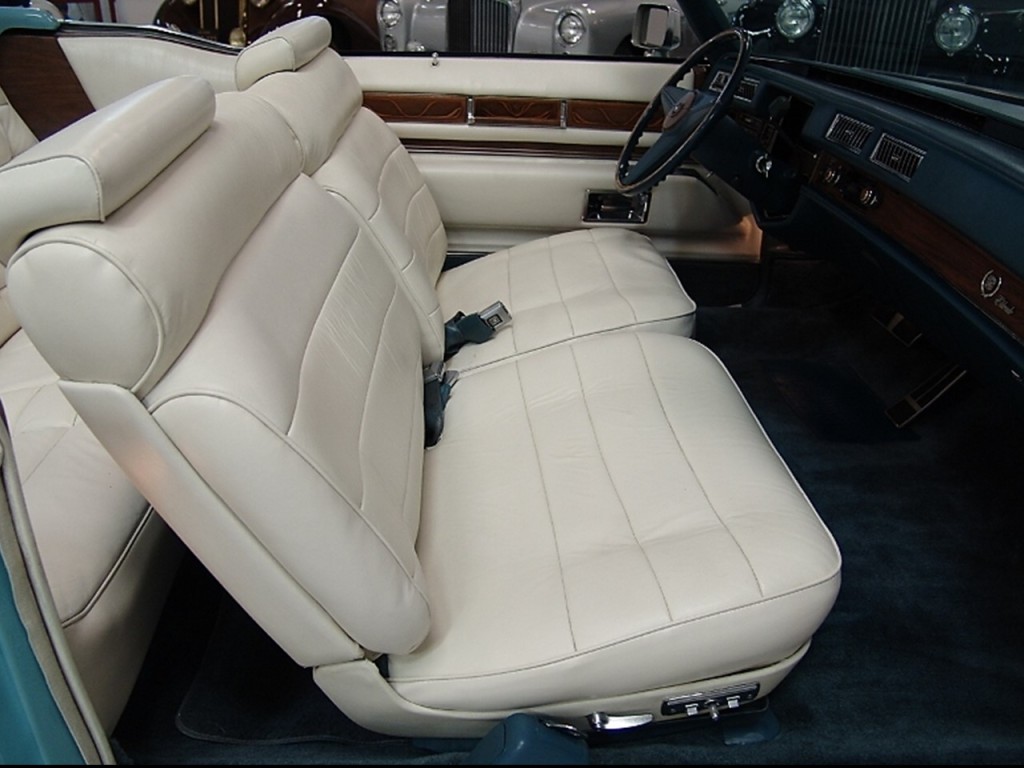 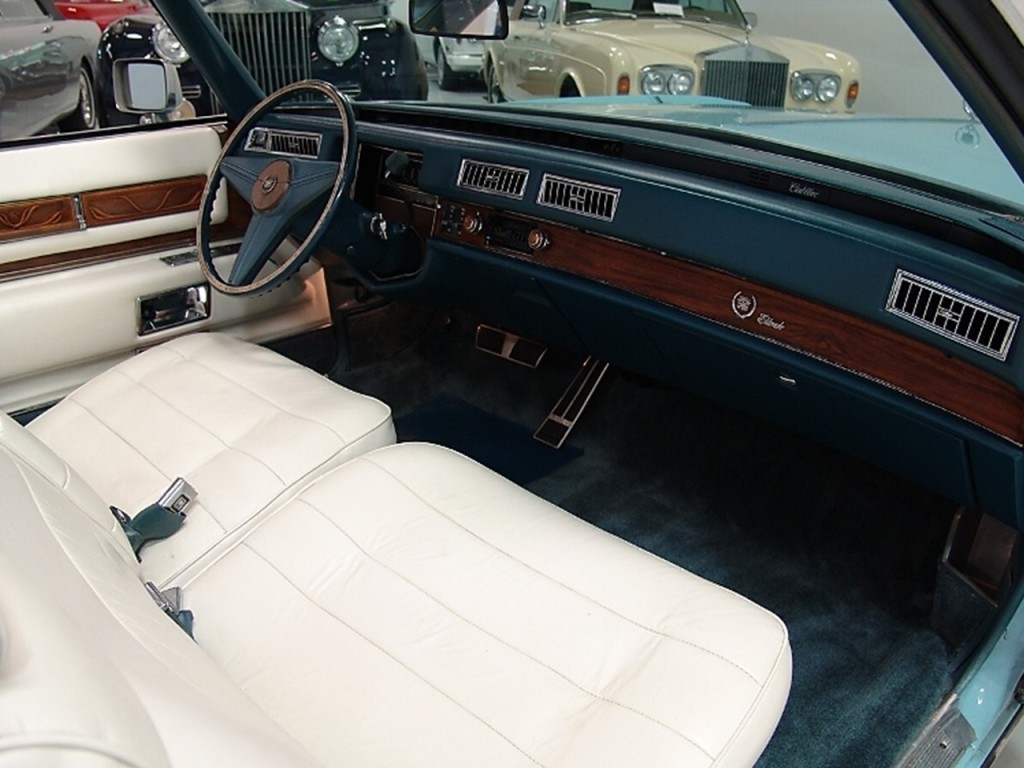 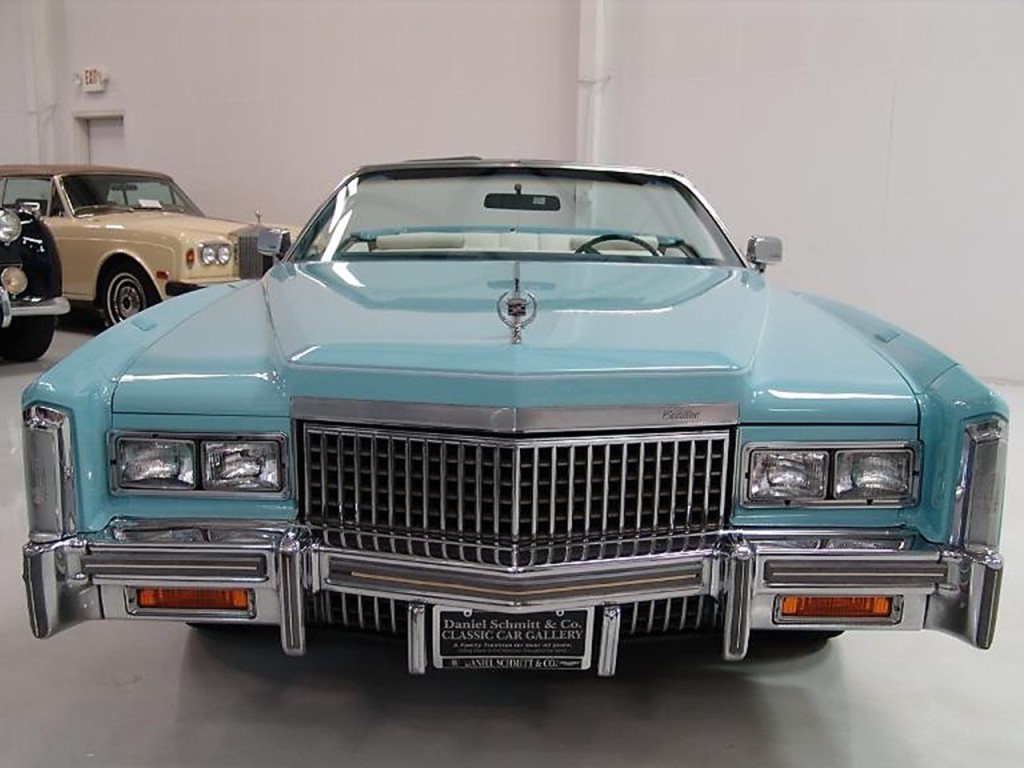 Also standard were Automatic Level Control, a power, a fully automatic inward folding fabric roof for the convertible, Variable Ratio Power steering, power brakes with front discs, and Turbo Hydra-Matic transmission. A Cadillac Eldorado was always an extremely luxurious automobile with more standard features and accessories than other luxury cars in its class. 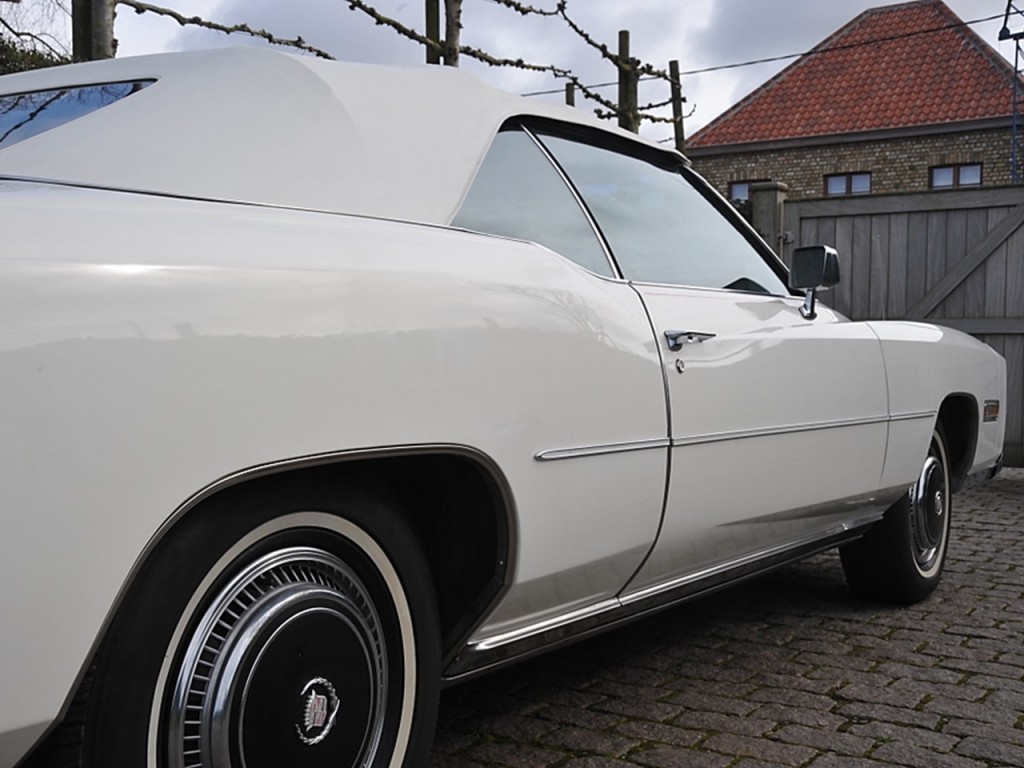 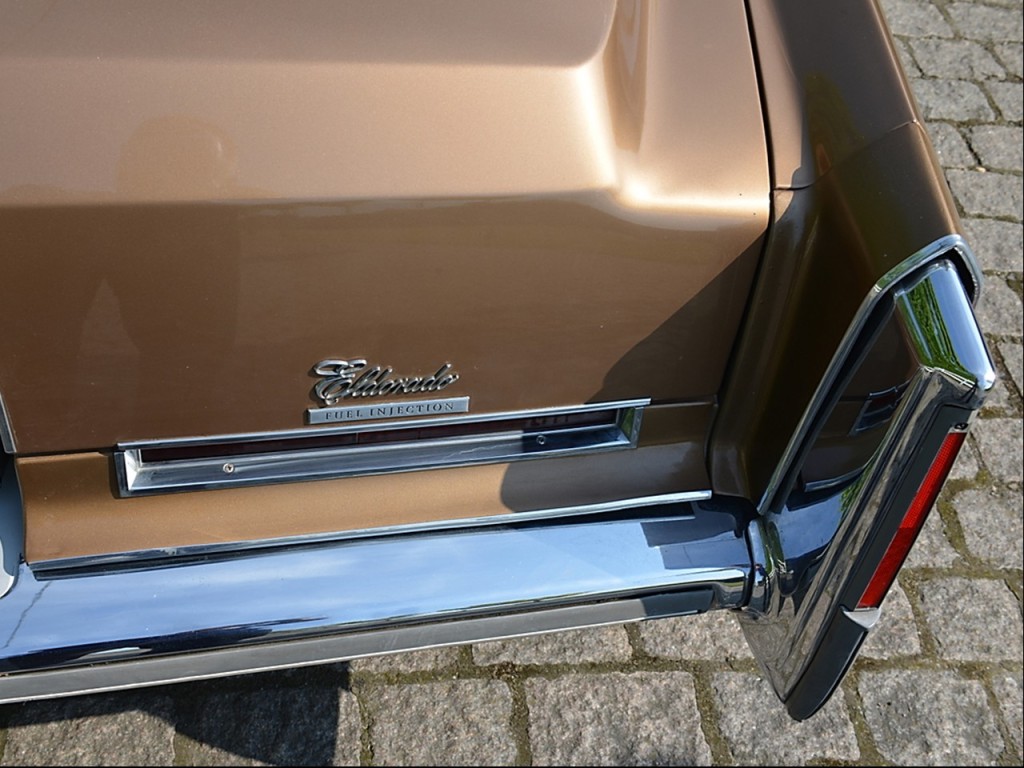 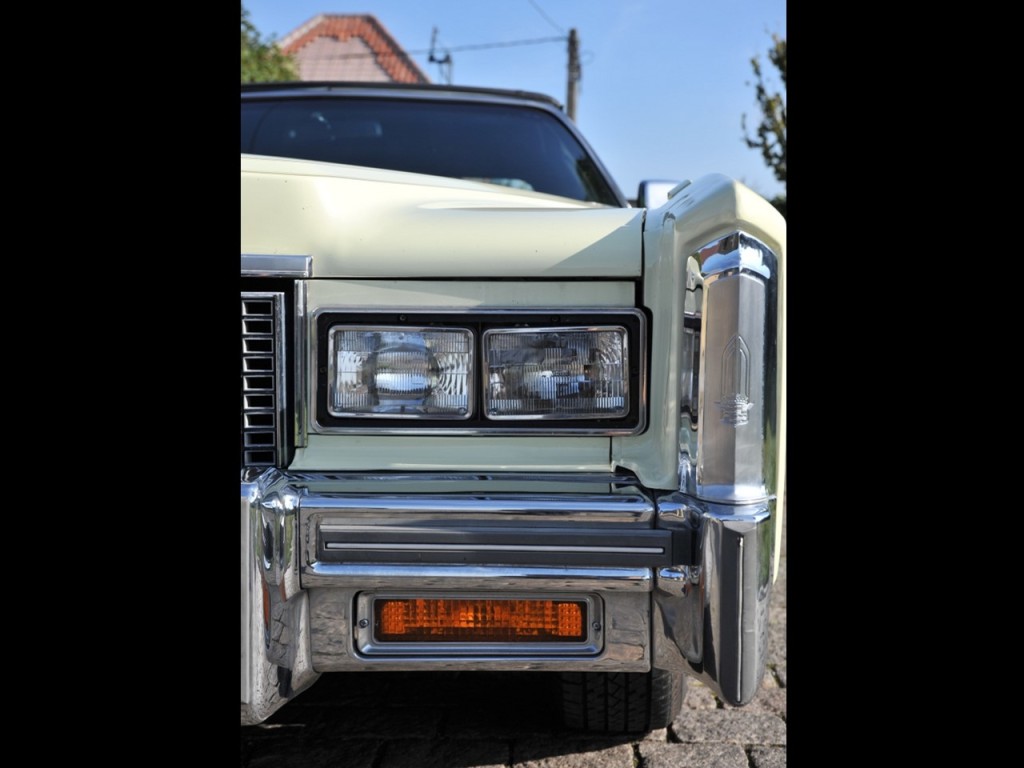 The front bumper had end caps that retracted into thermo plastic filler panels to protect the sheet metal during minor impacts. The Eldorado lost the classic fender skirts for a more contemporary look. The rear end styling was unchanged from the 1974 refresh. The 1975 Eldorados were “Efficient as they were elegant…rugged as they were rewarding.”

Cadillac engineers significantly improved fuel economy for the 1975 model year. The highly efficient 8.2 litre 500 CID V8 was standard for all Cadillac models. It featured a new High Energy Ignition System designed by the Delco-Remy Division of GM. It incorporated the coil into the distributor. Eliminated were the traditional breaker points, rubbing block, and coil wire. 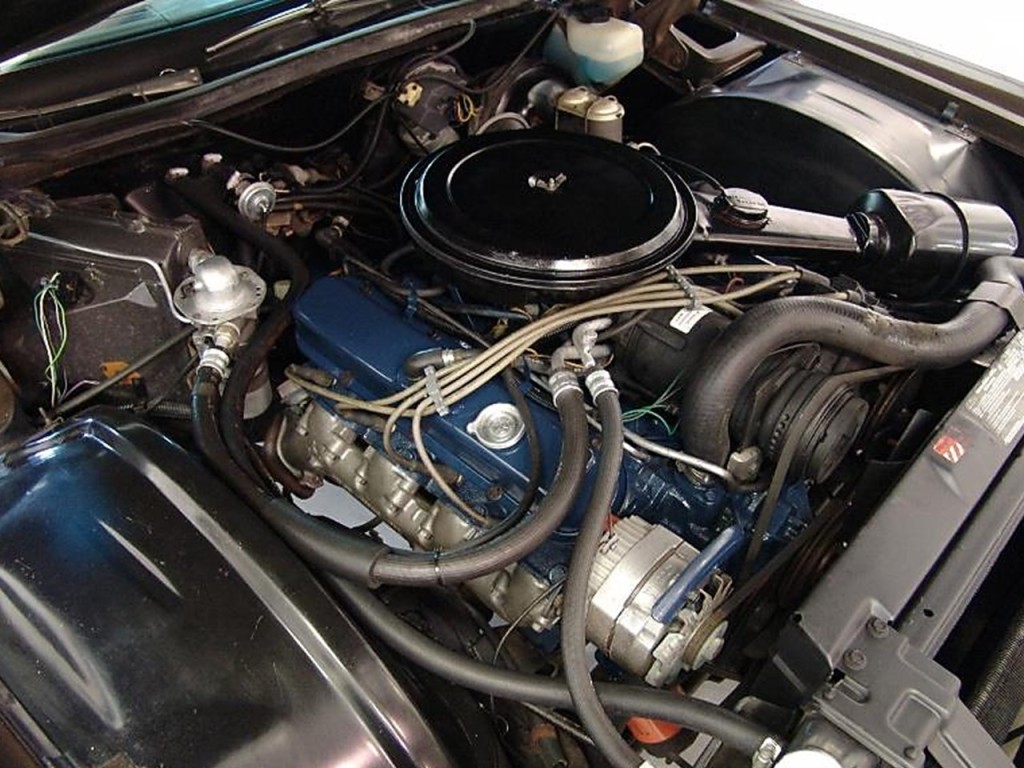 The HEI produces a more powerful spark allowing a wider spark plug gap, thus, faster ignition of fuel resulting in faster more reliable starting and a more powerful burn. This system had the provisions for computer controls which would begin late 1970s.

The combination of the new exhaust catalytic converter with the solid-state HEI system allowed the use of unleaded fuel and travelling up to 22,500 miles between tune-ups. Each GM Division used its own design for the HEI system. 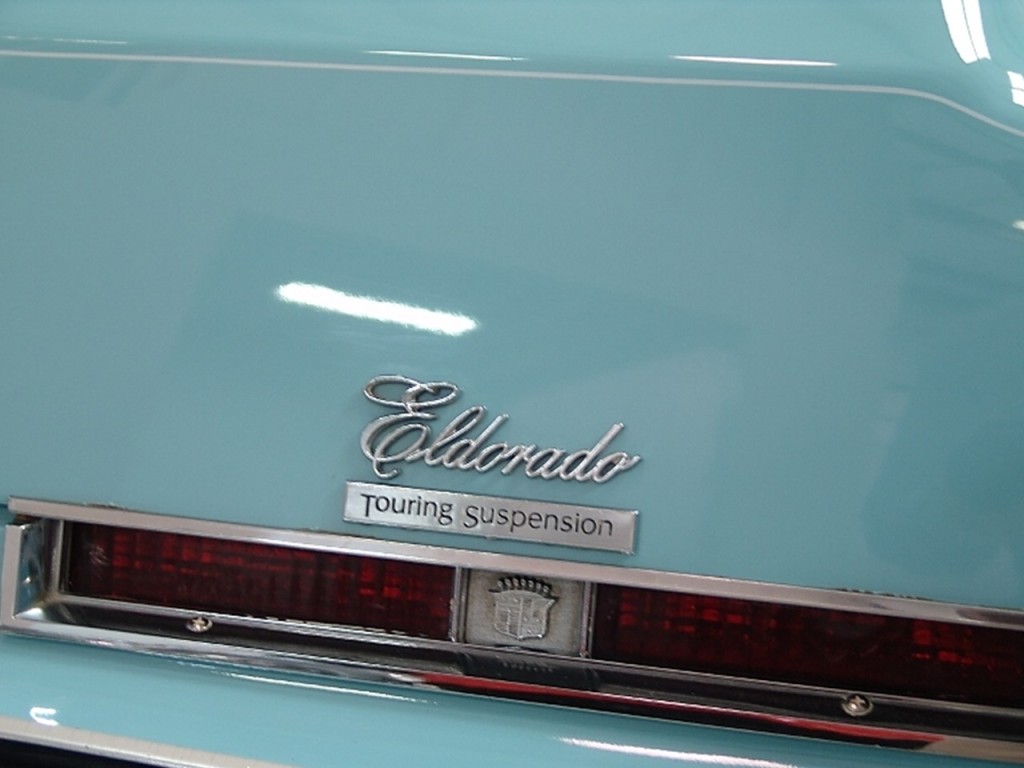 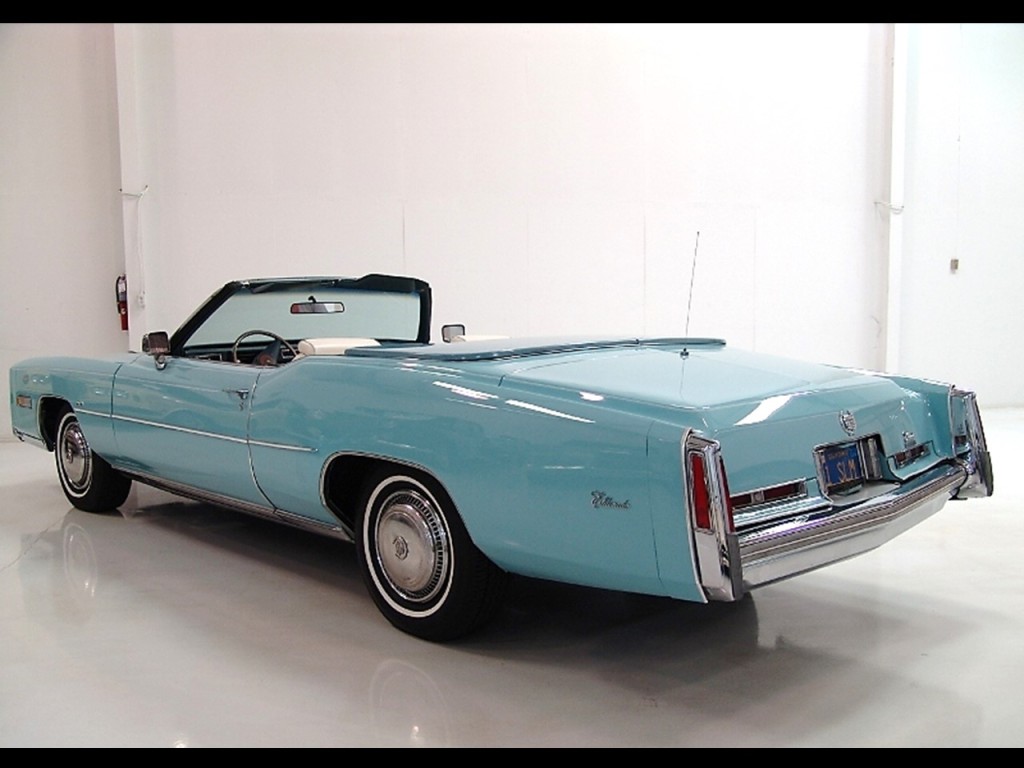 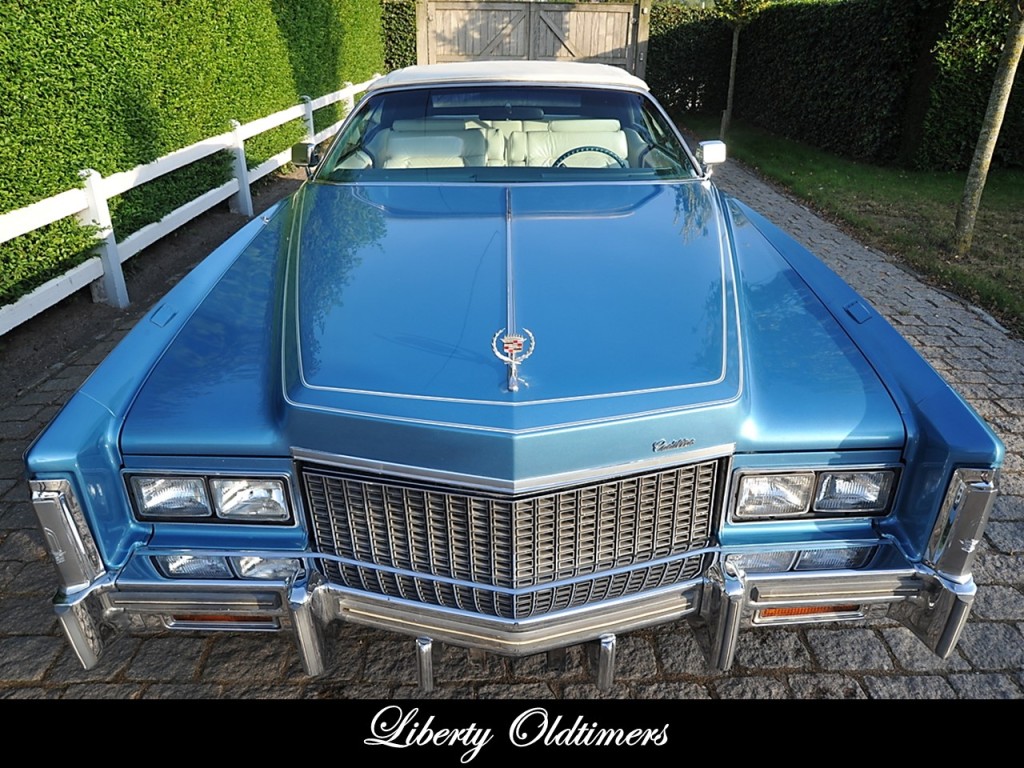 The parking brake had an automatic vacuum release. It could be used as a true auxiliary brake since it would not lock with the engine running and car in gear. The brake discs and brake shoes were self-adjusting each time the car was driven in reverse and the brakes applied.

The 1975 Cadillac Eldorado was the world’s most glamorous personal luxury car. It was the only automobile in the world to combine front-wheel drive, Automatic Level Control, Variable Ratio Power steering, and Automatic Climate Control as standard equipment.

Unique in stature, Eldorado for 1975 was offered as an elegant coupe or the only luxury convertible built in the land. Powered by the efficient 8.2 litre Eldorado V8 engine, these personal luxury cars moved with aplomb. The world’s most elegant personal luxury car was even more so for the 1975 model year. The Eldorado legend lives on…in the continuing saga of “As the Standard of the World Turns.”

"As the Standard of the World Turns", Cadillac, Cadillac Historical, Fresh Metal