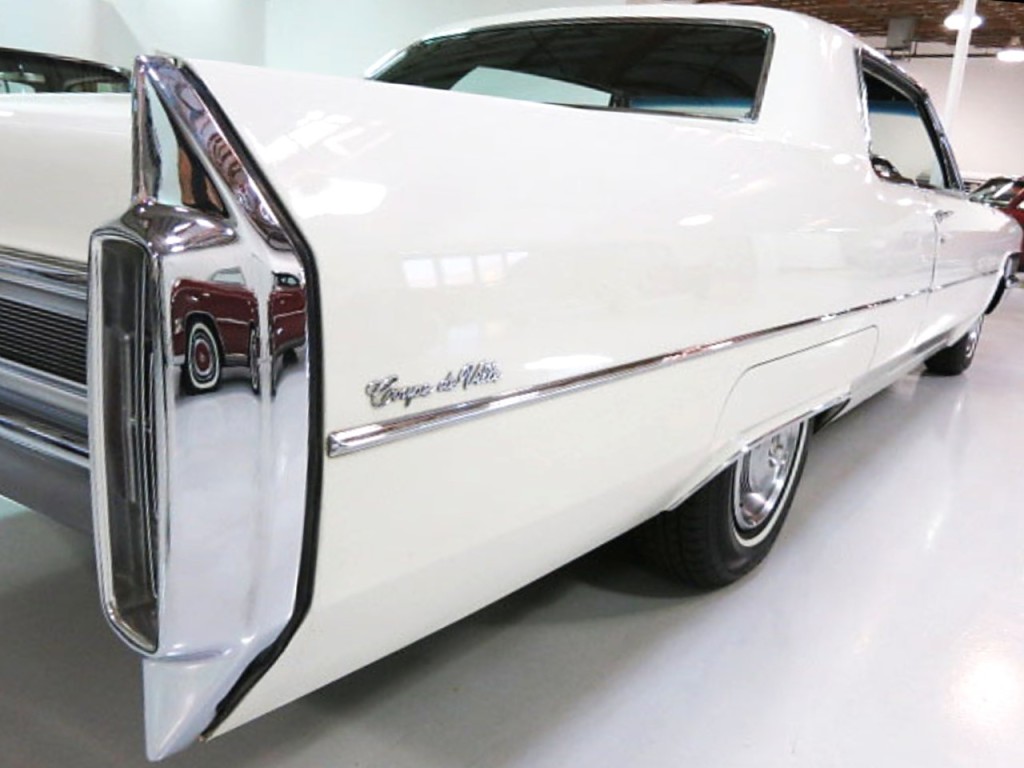 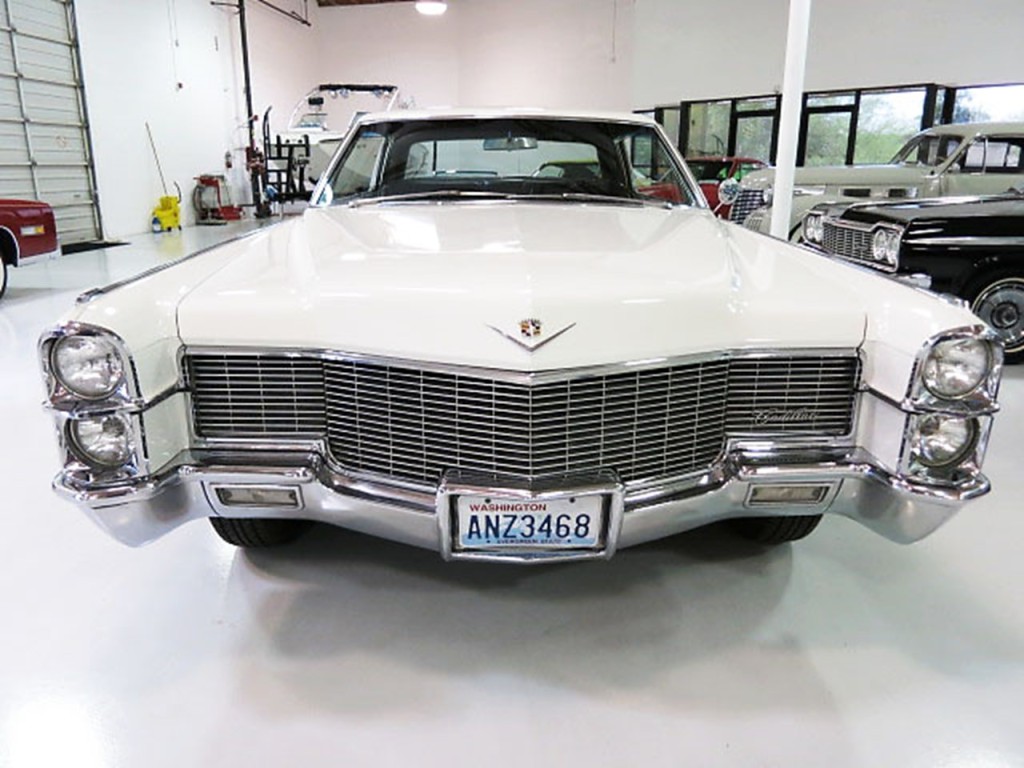 Cadillac was “Standard of the World” in motoring pleasure and owner loyalty. “So new…so right…so obviously Cadillac.” This editorial is dedicated to those who regard their motorcars as prized possessions. Once one has been in the driver’s seat of a new Cadillac…it is difficult to become content with any other car.

The integrity of Cadillac styling, engineering prowess, and production superlatives has earned Cadillac a unique and dual distinction. The Coupe deVille for 1965 was an all-new design. Its crisp contemporary lines were like no other Cadillac ever built. Style code # 65-683 68357-J Coupe deVille had a base price of $5,419.00 and 43,345 were built for the 1965 model year.

Here is another classic DeVille encore performance…in the continuing saga of “As the Standard of the World Turns.” 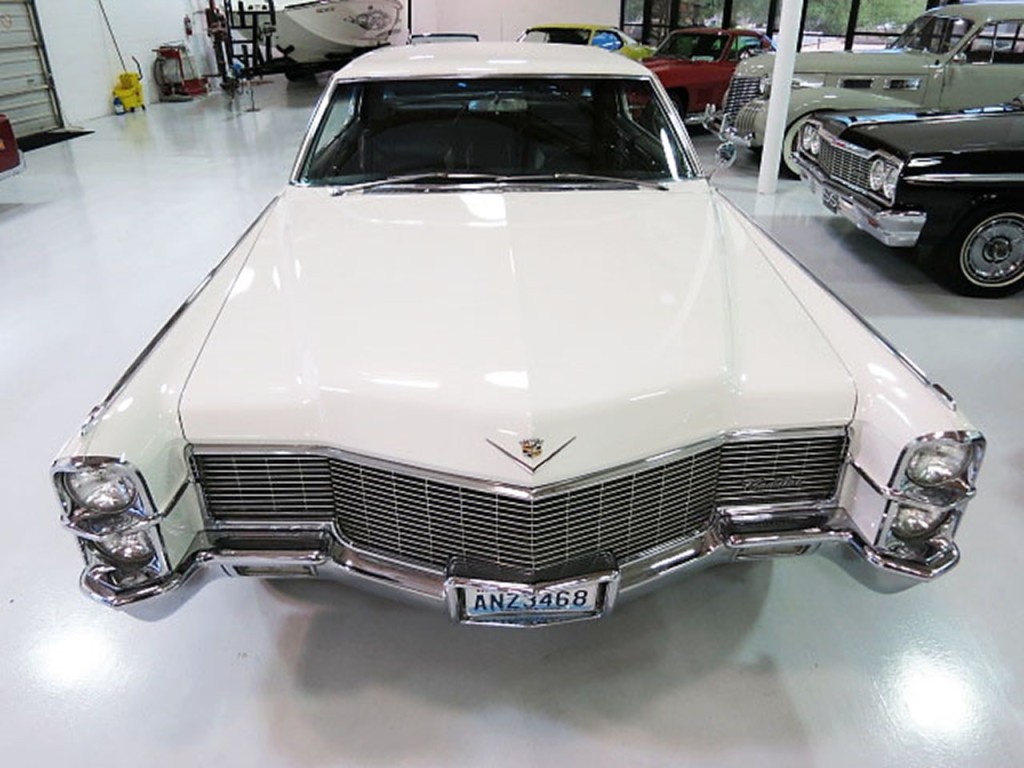 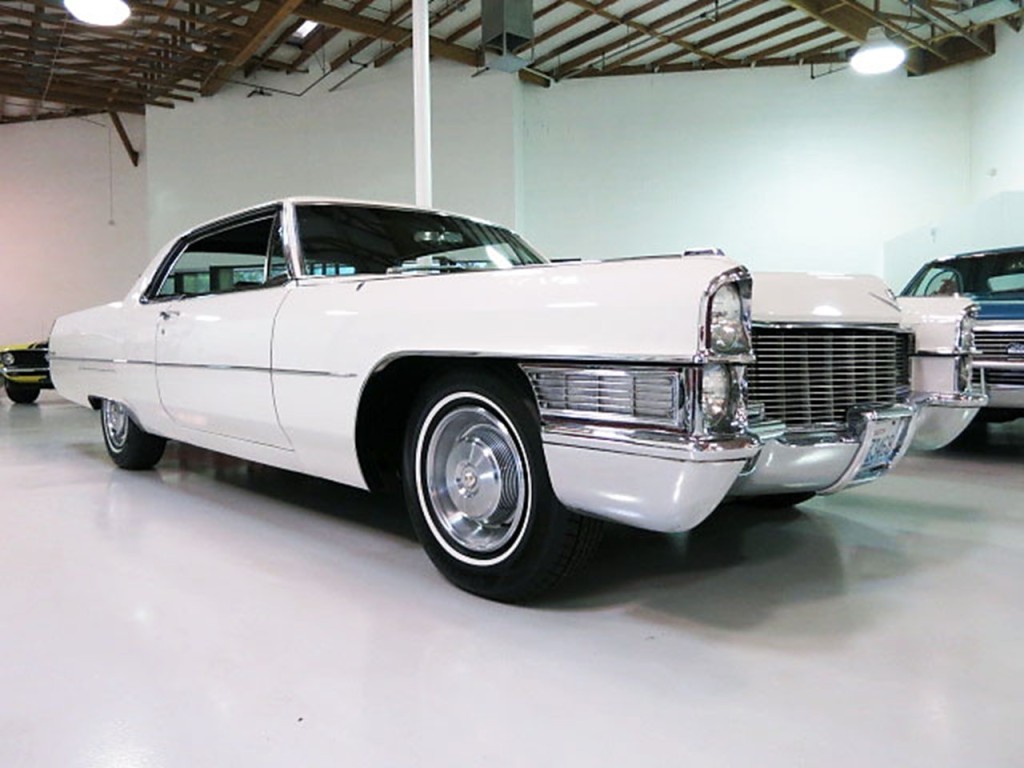 The 1965 Coupe deVille received a brand new roof design with wide “C-pillars” for rear seat privacy. The long hood and short rear deck was so typically Cadillac. The Coupe deVille maintained a poised dignity that was a true hallmark of every Cadillac.

The balanced proportions and sleek symmetry impressed even the most discerning fine car connoisseur. The elegance and distinction that have made the Coupe deVille the world’s most desirable luxury coupe were never more apparent than in the 1965 edition. 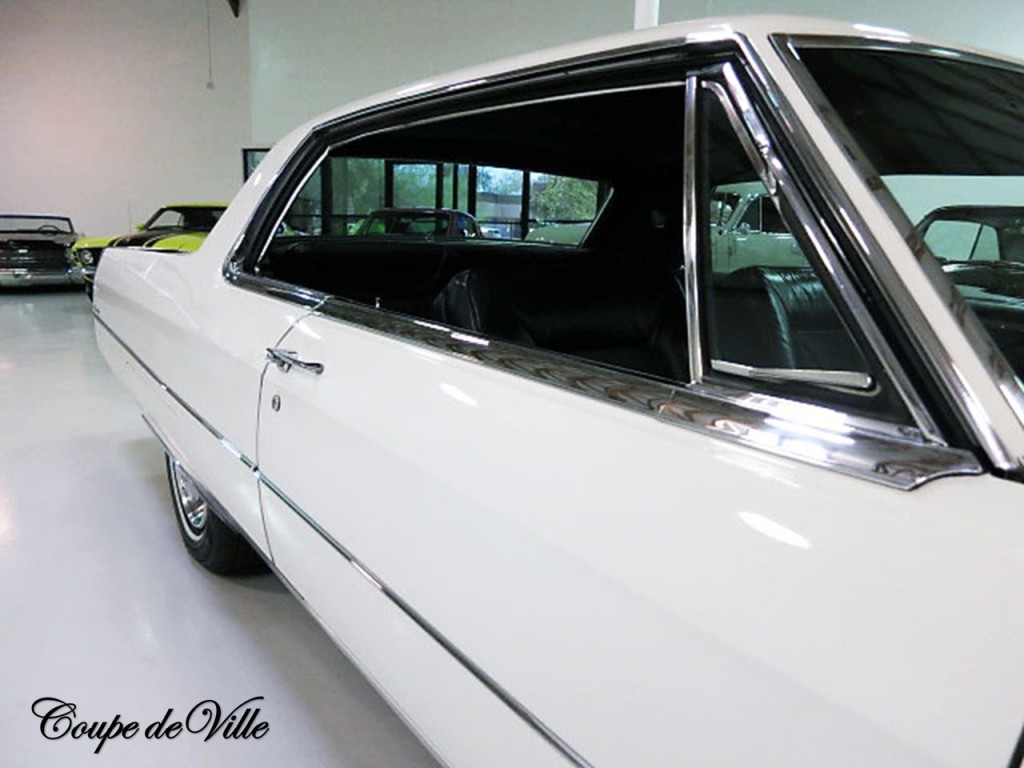 The 7.0 litre 429 CID 16-valve OHV V8 engine was designed for maximum efficiency and performance. It had a higher horsepower-to-weight ratio than any of its competitors. Refinement for the 1965 model year included a new piston head design, exclusive new exhaust system, and new motor mounts.

The engine mounts were rubber to isolate engine vibration from the cabin. The engine was equipped with a Carter AFB 3903S 4-bbl downdraft with equalized manifold, mechanical fuel pump, dry-type air filter, and automatic choke. 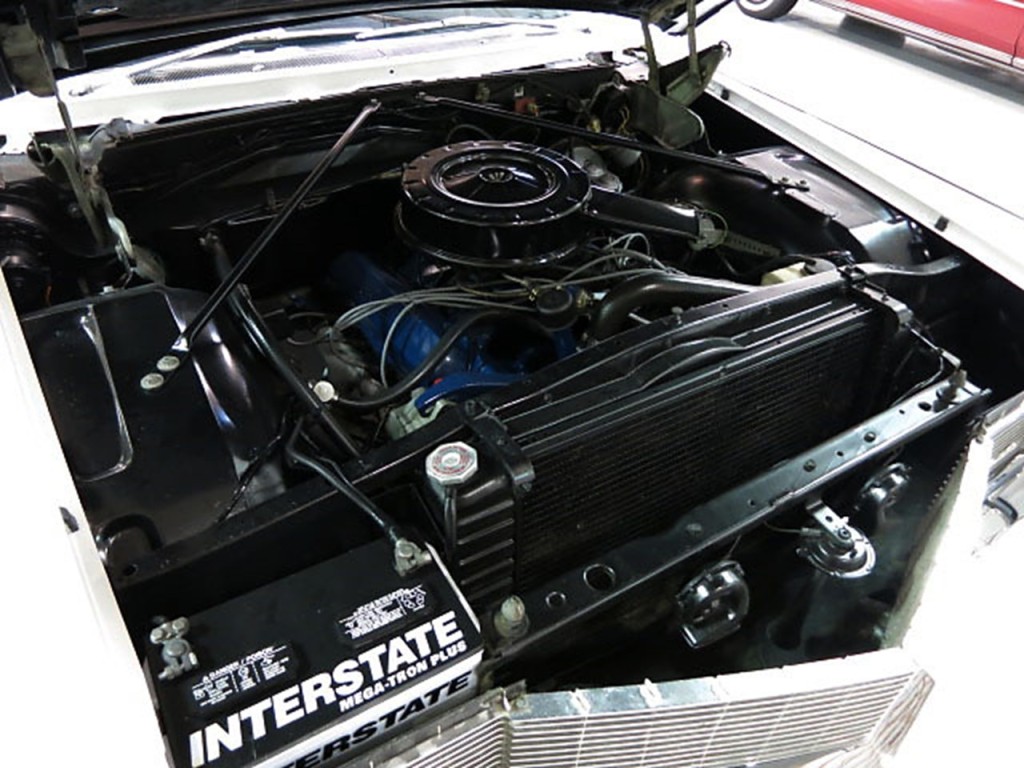 The engine was mated to GM’s THM-400 Turbo Hydra-Matic 3-speed transmission, which was a fully automatic torque converter type with variable stator. The converter multiplied engine torque for increased driving thrust at rear wheels during acceleration in any gear. It was refined to include two drive ranges, wider selectivity in acceleration, and the engine’s natural braking power.

The left “DR” assured maximum cruising economy and quietness, and slower engine speeds. The right “DR” position locked out high gear and used the intermediate gear for maximum responsiveness and increased engine braking. This position was for hilly terrain and when instant maneuverability without repeated brake application was required. It was also specially designed to hold the car on steep down grades and to provide power and agility to climb the steepest hills.

For 1965, Cadillac’s exclusive True Center Drive Line, was a new one-piece propeller shaft that transmitted power quietly and resisted vibration. Constant velocity joints at each end of the prop shaft cancelled out forces that generate noise and vibration.

The precise alignment of the propeller shaft and rear axle pinion through machine mounting attachments contributed to smoother, quieter performance with minimal vibration. The rear axle bearing was pre-stressed for lasting quality and dependability. 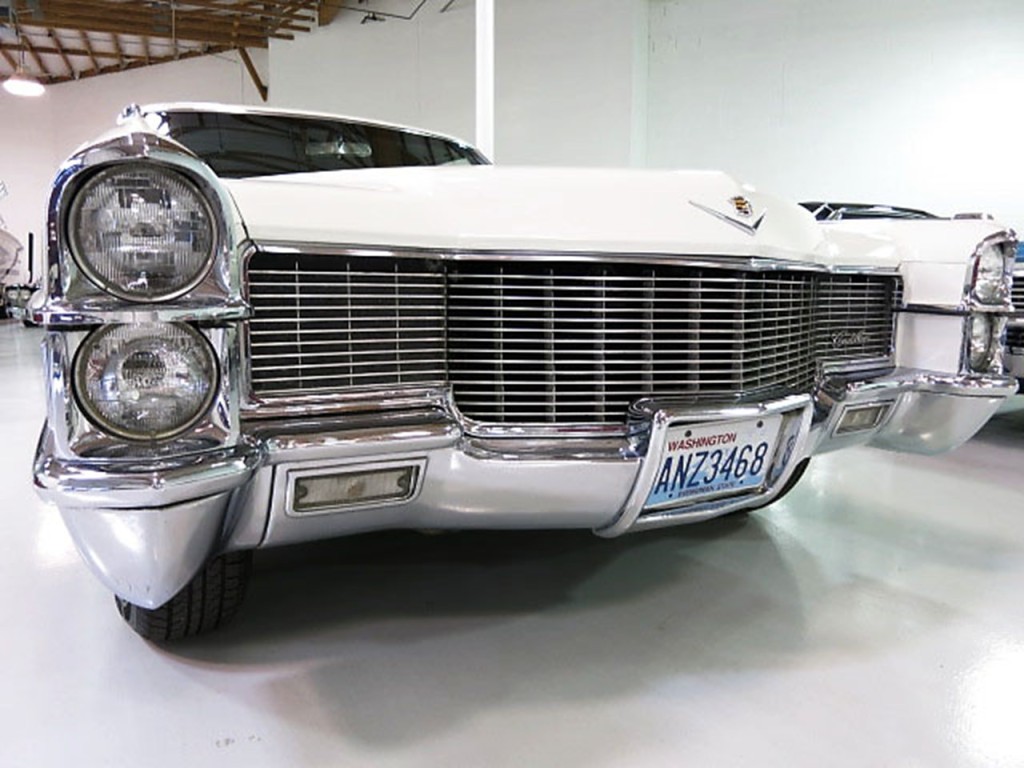 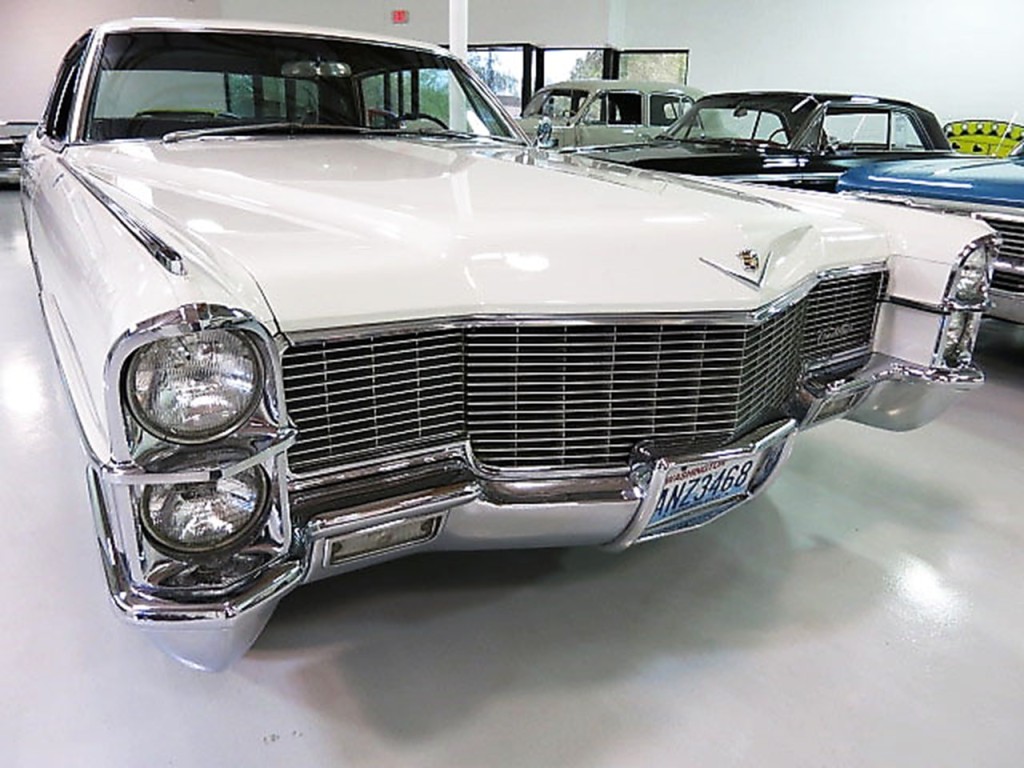 A foot operated parking brake was a true auxiliary brake. It was vacuum released, therefore, it would not lock with the engine running and car in gear. The brake system was fitted with finned servo-assisted drums front and rear with self-adjusting feature.

The 1965 Coupe deVille was built as body on frame construction using Cadillac’s rugged perimeter frame that was fully boxed throughout its length for torsional rigidity and resistance to impact. This construction included hidden bulkheads for additional resistance to torsional stress and also added to the strength and rigidity of the entire car.

The front frame was redesigned with increased width which permitted the front strut rods to be moved further outboard for optimum control of fore and aft movement of front wheels. The front suspension used spherical joints with independent helical coil springs. The 1965 Coupe deVille rode upon a long 129.5” wheelbase, had the luxury length of 224” and a wide 79.9” stance.

Significant improvements in engine components, body mounts, and acoustical design enhanced Cadillac’s legendary silence of operation. There never had been a Cadillac so impressively new, so unmistakably Cadillac…All the 1965 Coupe deVille needed was you behind the wheel.

The dramatic styling of the 1965 Coupe deVille was highlighted by the classic Coupe deVille. All DeVille models offered a rare combination of fine car luxury and elegance with astounding performance. The DeVille was one of America’s most prestigious models.

The Coupe deVille was first class in glamour and excitement. Standard equipment for the 1965 Cadillac Coupe deVille included: power windows and seat, Variable Ratio Power Steering, power brakes, folding center front and rear seat arm rests, and a host of comfort and convenience features too numerous to mention. Your choice of cloth with leather or all-leather upholstery was available to make the Coupe deVille as individual as its owner. 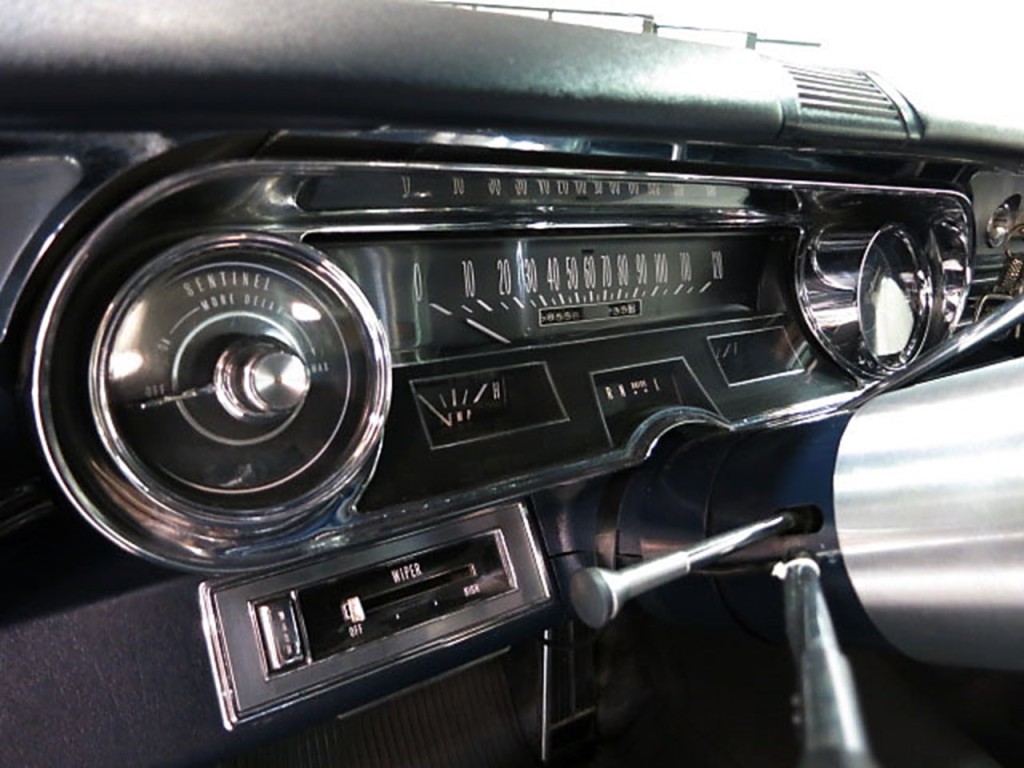 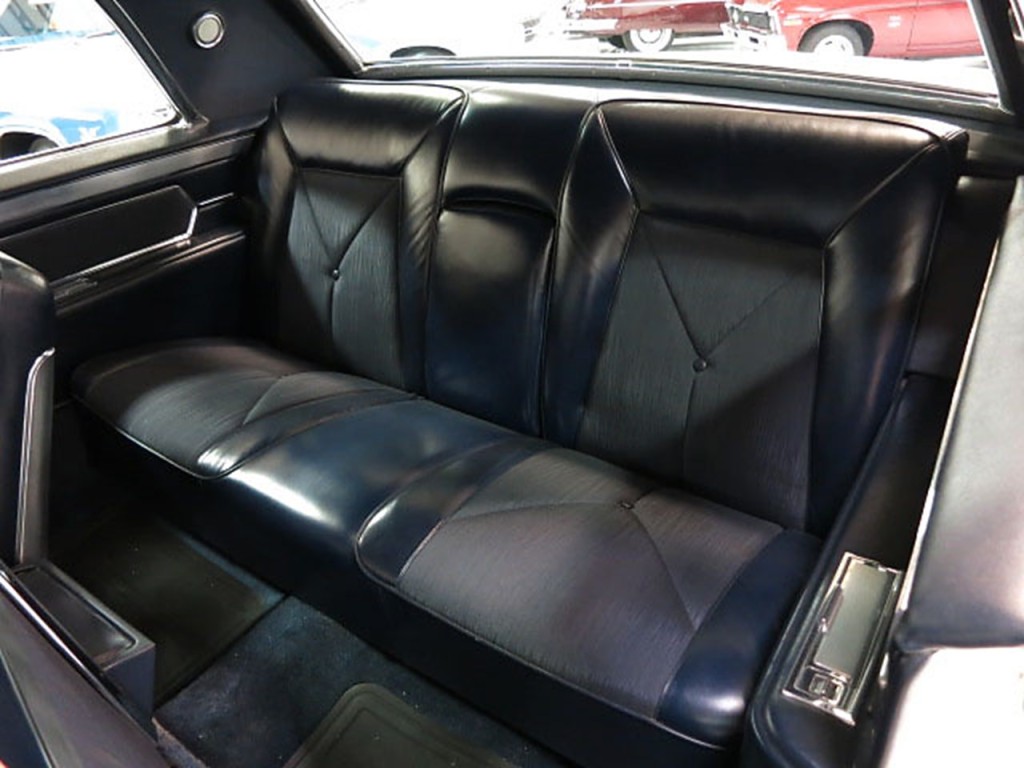 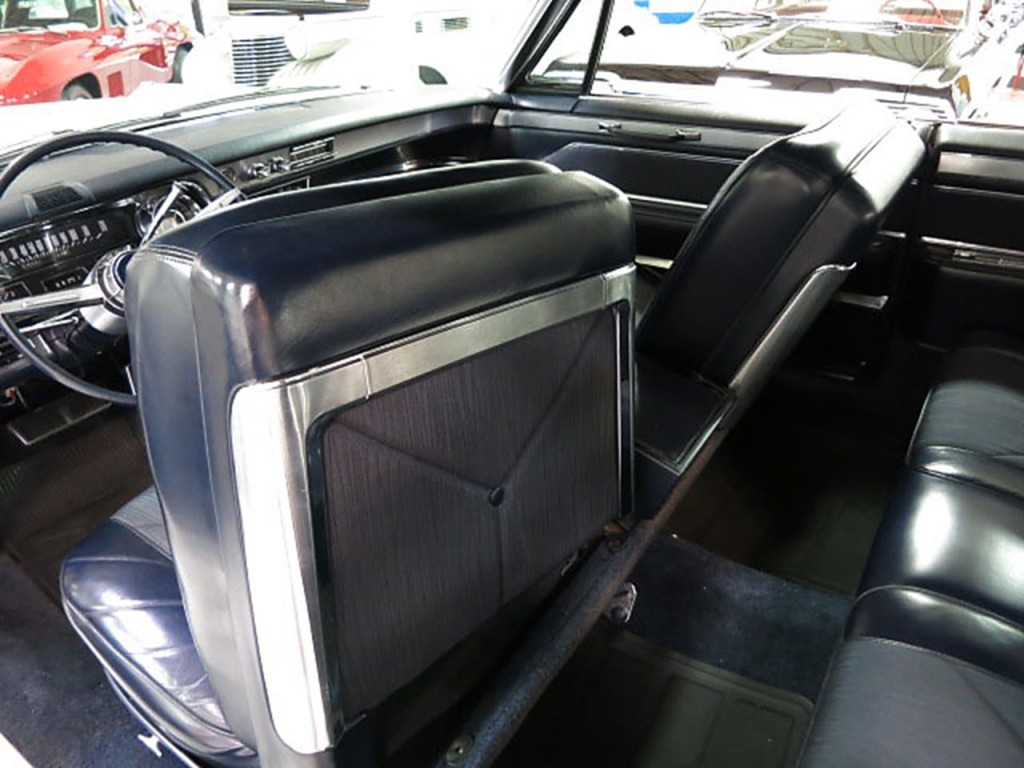 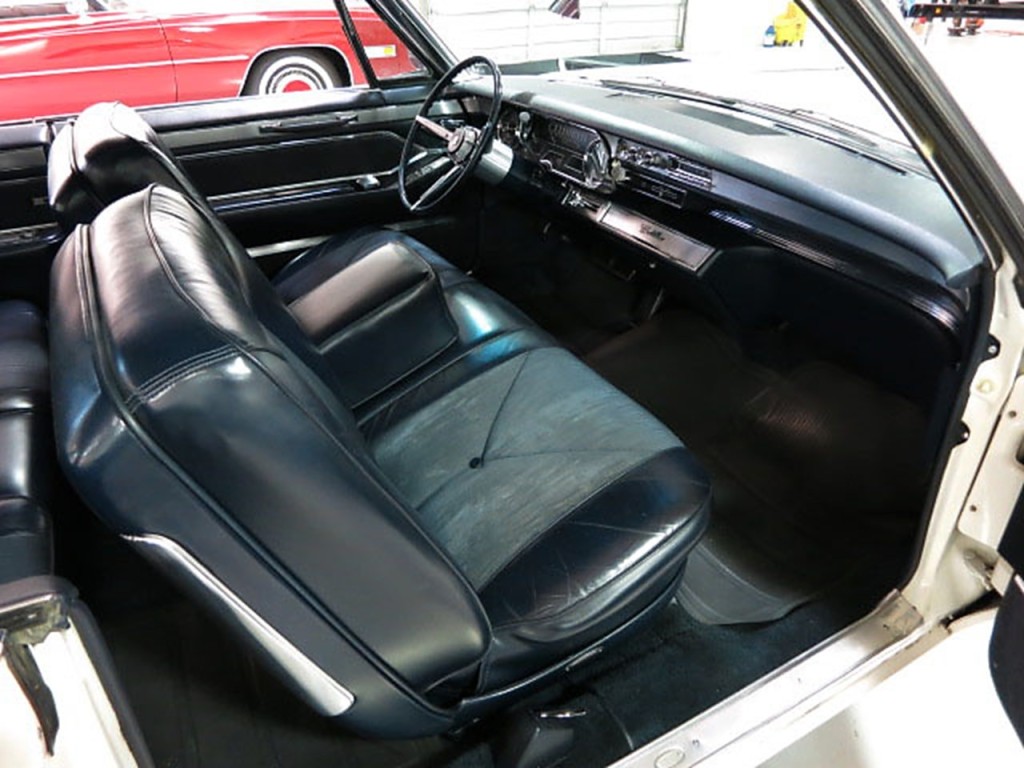 The Cadillac Coupe deVille for 1965 was a new dimension in motoring excellence. The DeVille Series offered an extraordinary selection of body colors, interiors, and optional equipment. The Coupe deVille had an intimacy no other coupe could replicate. The 1965 Coupe deVille was powered by a 340 hp V8 engine refined to near perfection.

A host of other engineering advancements gave the Coupe deVille extraordinary road stability and ease of handling. It was the “Standard of the World” in engineering craftsmanship. The Cadillac was always a car with such dignity and majesty. Luxury and elegance were the everyday pleasures of the Coupe deVille.

From its inception in 1949 when the first Coupe deVille was spawn from the Series Sixty-two, it has been one of the most successful production runs in the history of the brand. The Coupe deVille was one of America’s favorite luxury cars…the other was the Sedan deVille. Here ends another brilliant DeVille success story…in the continuing saga of “As the Standard of the World Turns.” 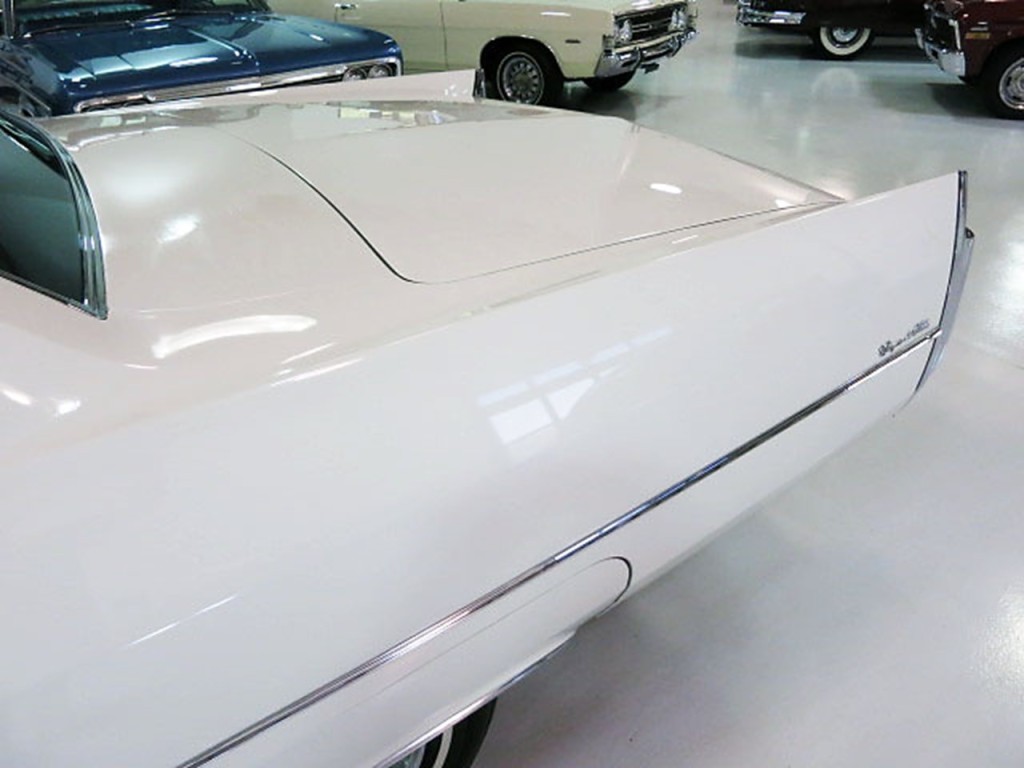 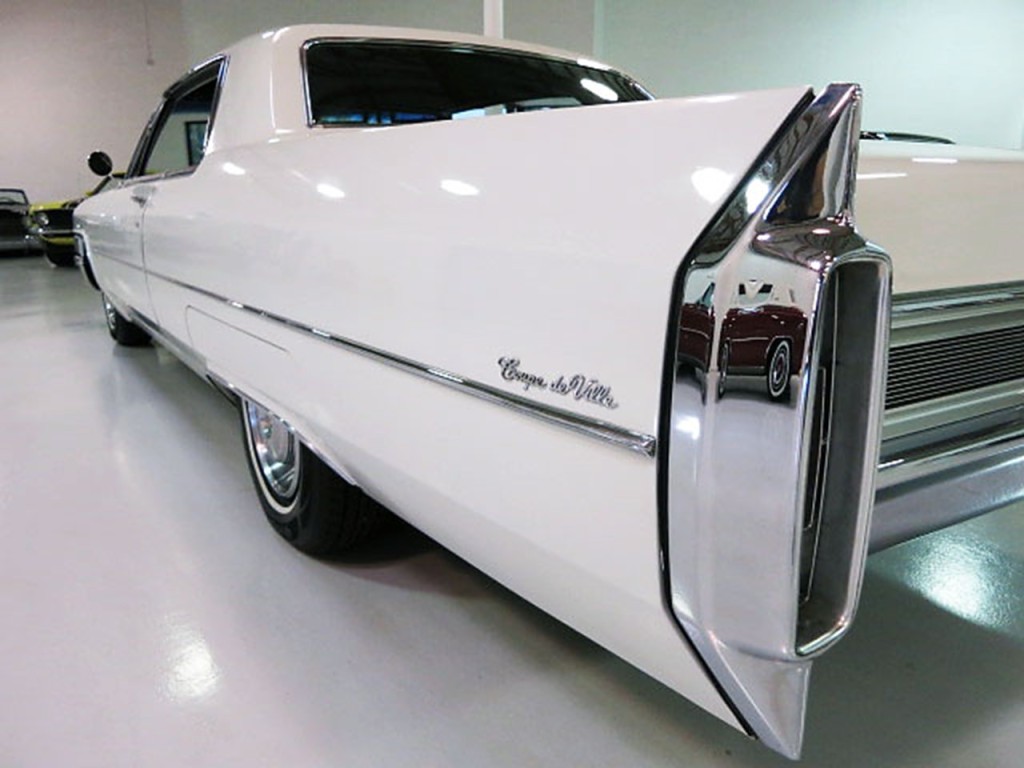 "As the Standard of the World Turns", Cadillac, Cadillac Historical, Editorials