The 1961 model year for Cadillac introduced a brilliant new concept in luxury car motoring. The 1961 Cadillacs were completely redesigned. Sculpted proportions made the 1961 Series 6300 Coupe deVille elegant and refined. It was lean and trim for the contemporary world.

The Coupe deVille was once again America’s favorite luxury. The 1961 Cadillacs were new inspiration for the luxury motoring world. The ’61 Coupe deVille makes an encore performance…in the continuing saga of “As the Standard of the World Turns.”

The Coupe deVille was a trend-setting motorcar. It was even more intriguing for 1961. Its basic structure increased rigidity, had greater roominess, and improved insulation from road noise. The body design was more reserved and greatly refined from the 1960 bodyshell.

The new front end ensemble was clean and trim. It had a symmetry of design, each bank of lights were the exact same as the opposite side offset by a mesh design grille that was canted-forward with jewel-like detailing. Style code #61-63J 6337J Series 6300 Coupe deVille had a base price of $5,252 and 20,156 were built for the 1961 model year.

The sculpted rear styling was augmented with the iconic Cadillac tail fins. They were tastefully trimmed for a contemporary look. A new styling feature called “skegs” were smaller tail fins that sprouted from the lower body panels extending back to oval lower lamp housings. A redesigned rear deck lid was the finishing touch to the tailored design. The new design was completely new yet unmistakably Cadillac. 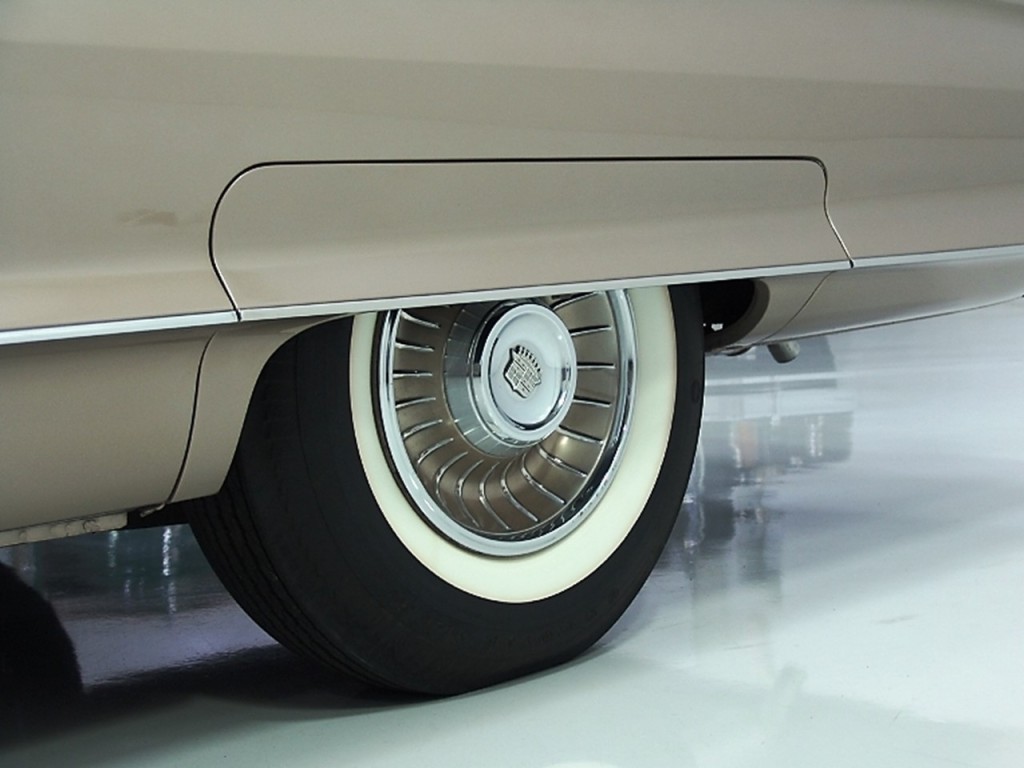 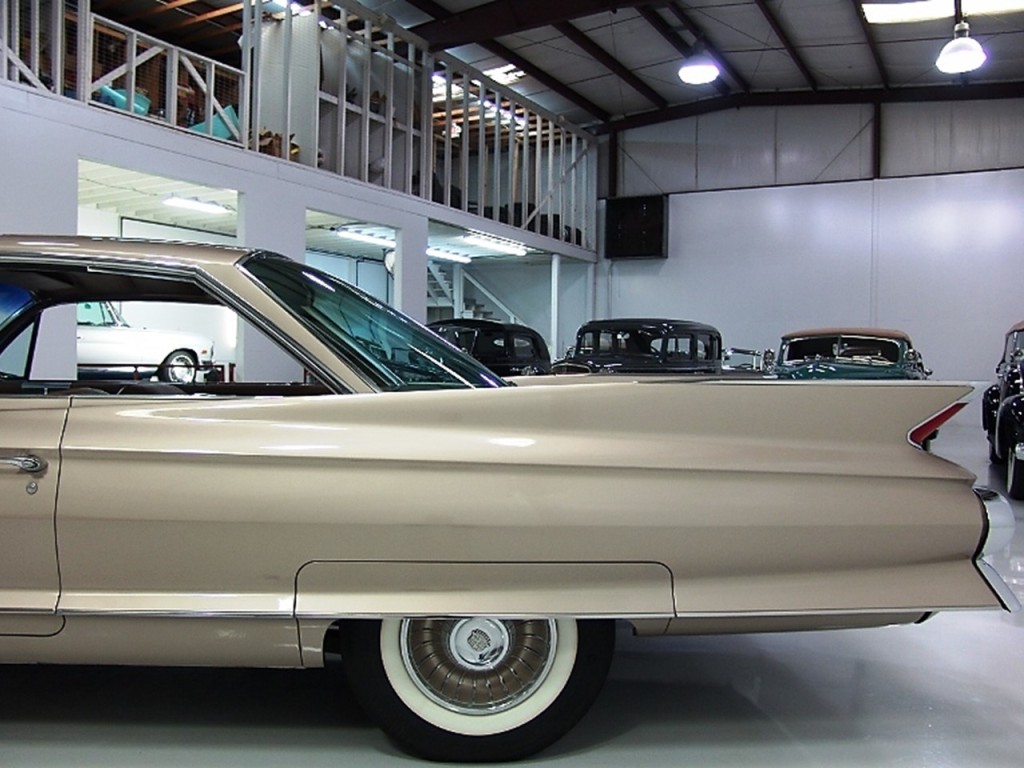 The DeVille series made Cadillac the most distinguished automobile on American roads. The 1961 Coupe deVille maintained that poised dignity that was the hallmark of every Cadillac. Never before had a motorcar been so visually exciting and meticulously engineered. It was a masterwork of styling and craftsmanship from the “Standard of the World.” 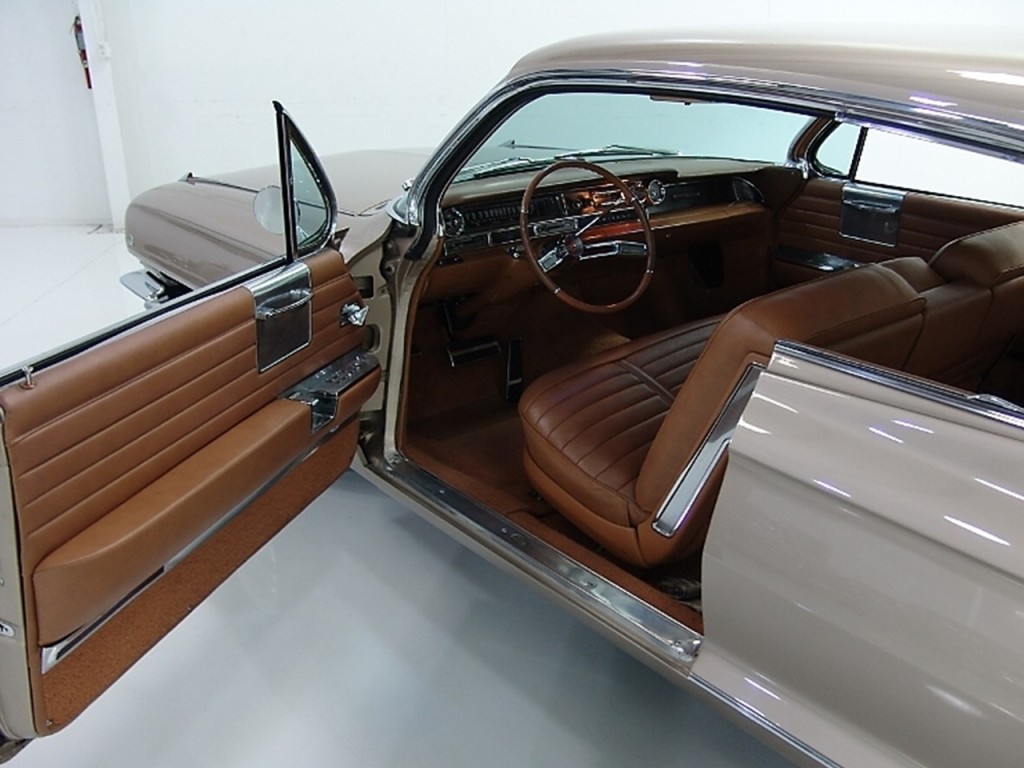 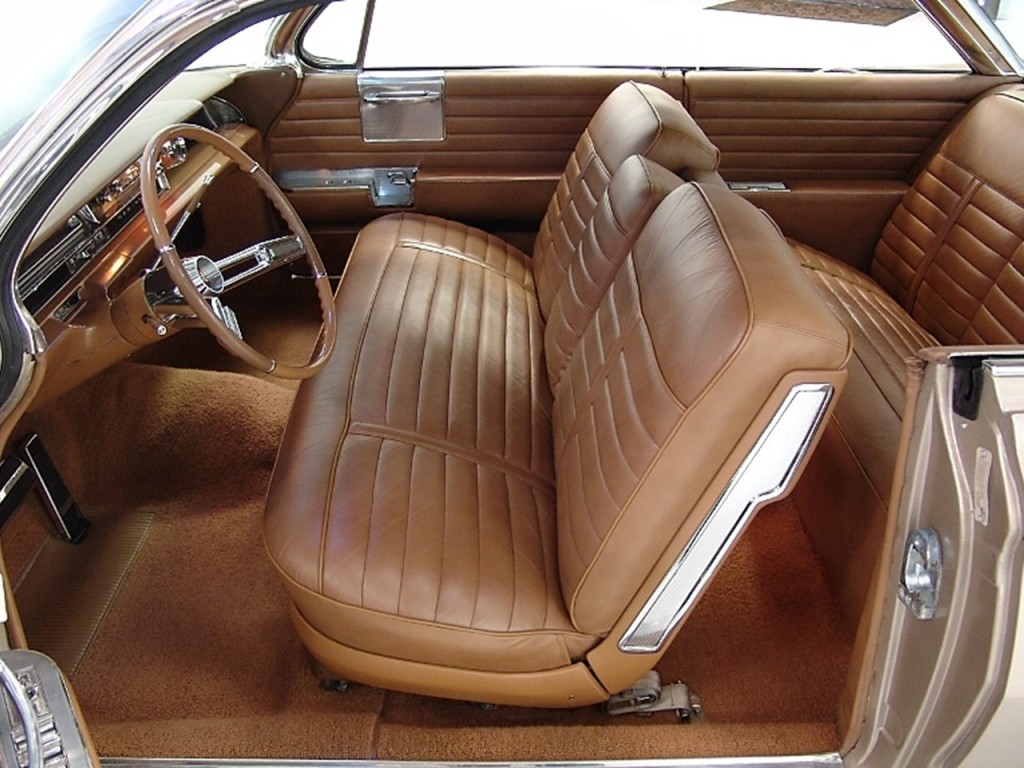 The Cadillac Coupe deVille was always a large two-door coupe with interior room that rivaled that of four-door sedans. This is why it was one America’s favorite luxury cars…the other was the Sedan deVille. The 1961 edition was no exception.

The Coupe deVille had a distinctive roof and styling cues used by no other luxury brand. The formidable “Standard of the World” stood alone. With interiors by Fleetwood available in cloth with leather bolsters, qualified the Coupe deVille as a full-fledged luxury car without a doubt… 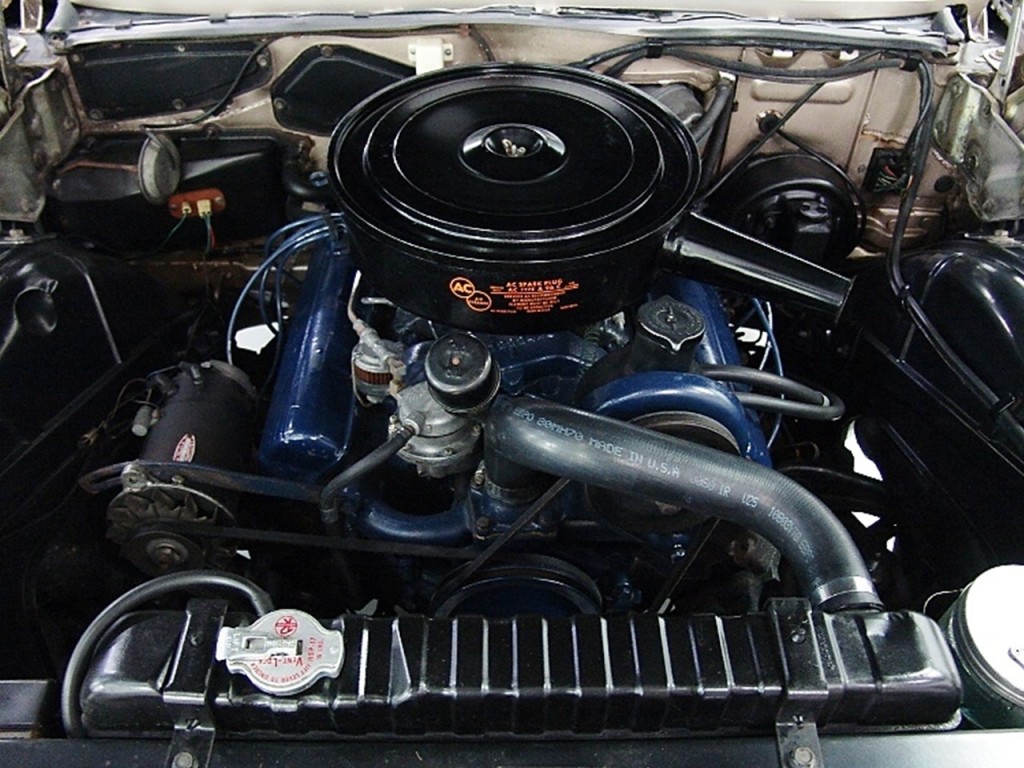 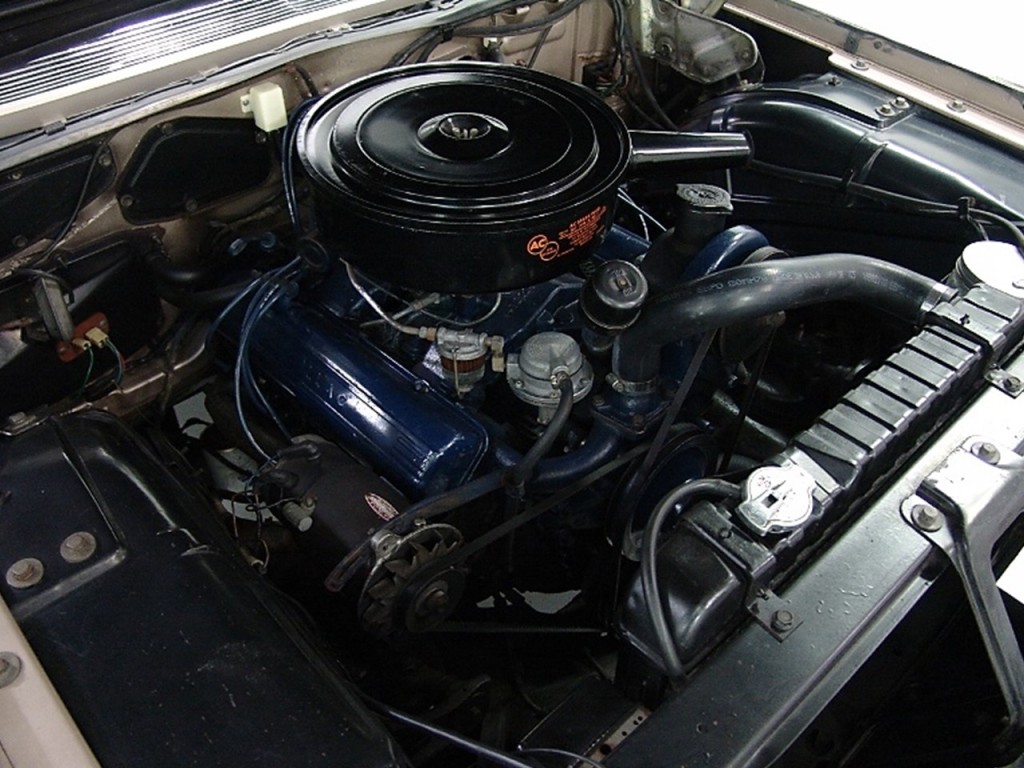 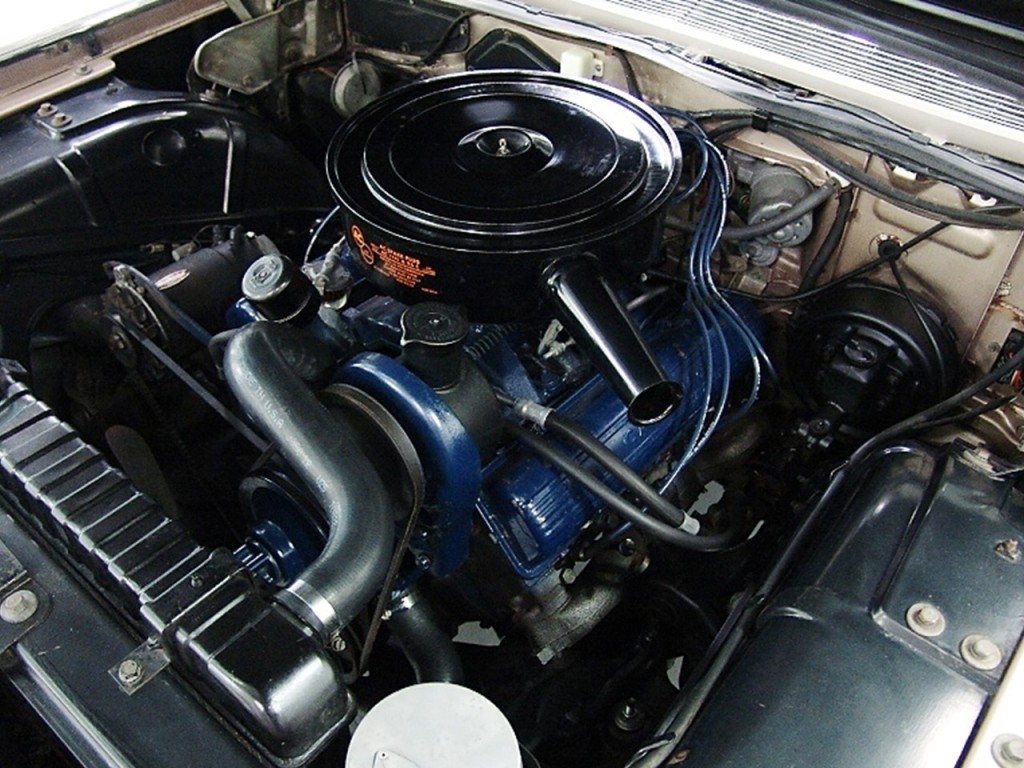 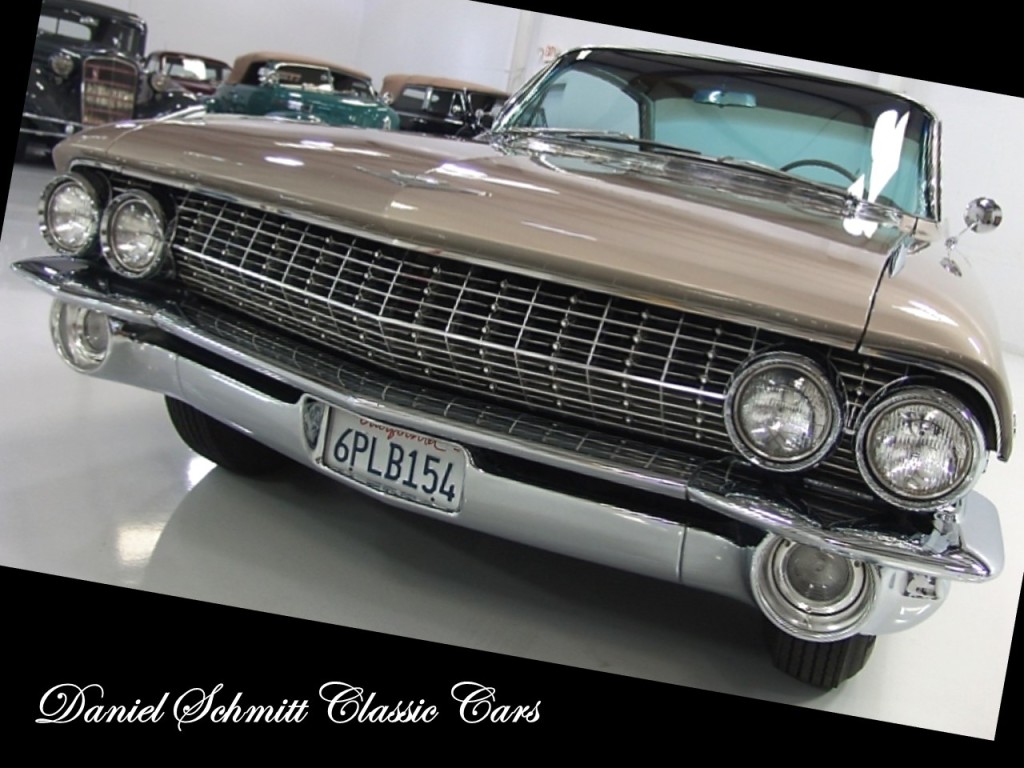 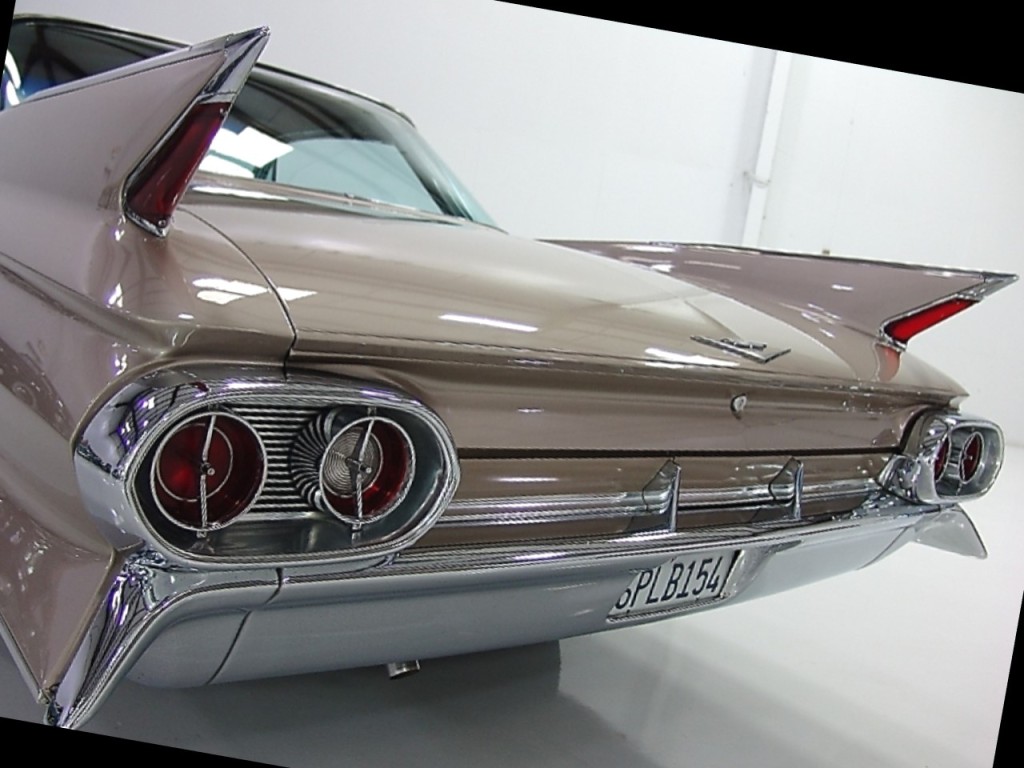 The frame’s new wider, shallower front assembly permitted a lower front floor and transmission tunnel for increased roominess and improved ride-height. The 1961 Coupe deVille rode upon a long 129.5” wheelbase, had the luxury length of 222” with a wide 79.8” stance. It was a very large front engine rear drive automobile…the drove like a much smaller vehicle.

The new front suspension used rubber mounted strut rods to absorb road impact and isolate road noise. This design increased the turning angle of the front wheels from 36 to 38 ½ degrees. Cadillac used an improved four-link rear suspension. It consisted of two lower control arms to hold the axle in fore and aft alignment, with an upper yoke mounted to the uppermost points of the frame using rubber bushings.

Ball joints at the rear axle housing kept more weight below the point around which the car’s weight tends to lean outward on curves. It used a hypoid type rear axle with offset differential housing to facilitate straight-line drive. 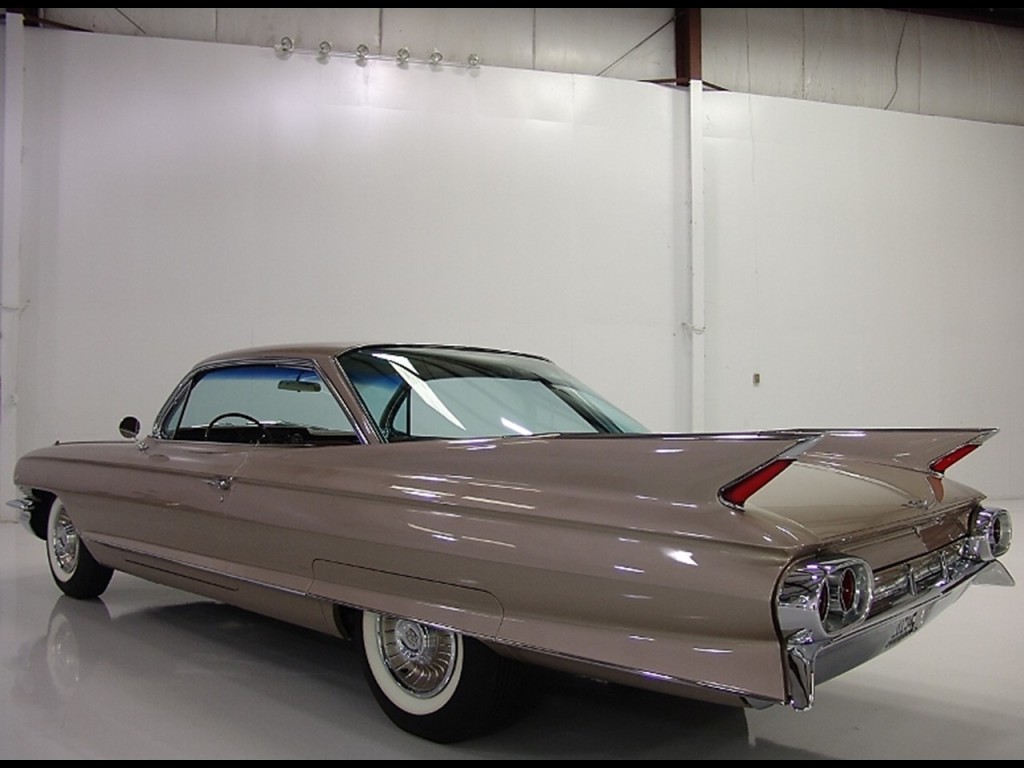 Cadillac presented a new interpretation of Cadillac luxury. These all-new Cadillacs were like nothing ever offered in the history of the brand. The 1961 Cadillacs were a contemporary break away from the 1950s styling…it was the fresh and new “Ward & June Cleaver/Ozzie & Harriet Nelson” era.

The 1961 Coupe deVille was most distinctively Cadillac in every manner. No matter what model one chose for the 1961 model year, it was an exciting new masterpiece from the master craftsmen. The Coupe deVille reinforced the DeVille tradition of remaining America’s favorite luxury car. Cadillac’s superb balance of performance and handling was unsurpassed in all of motordom. 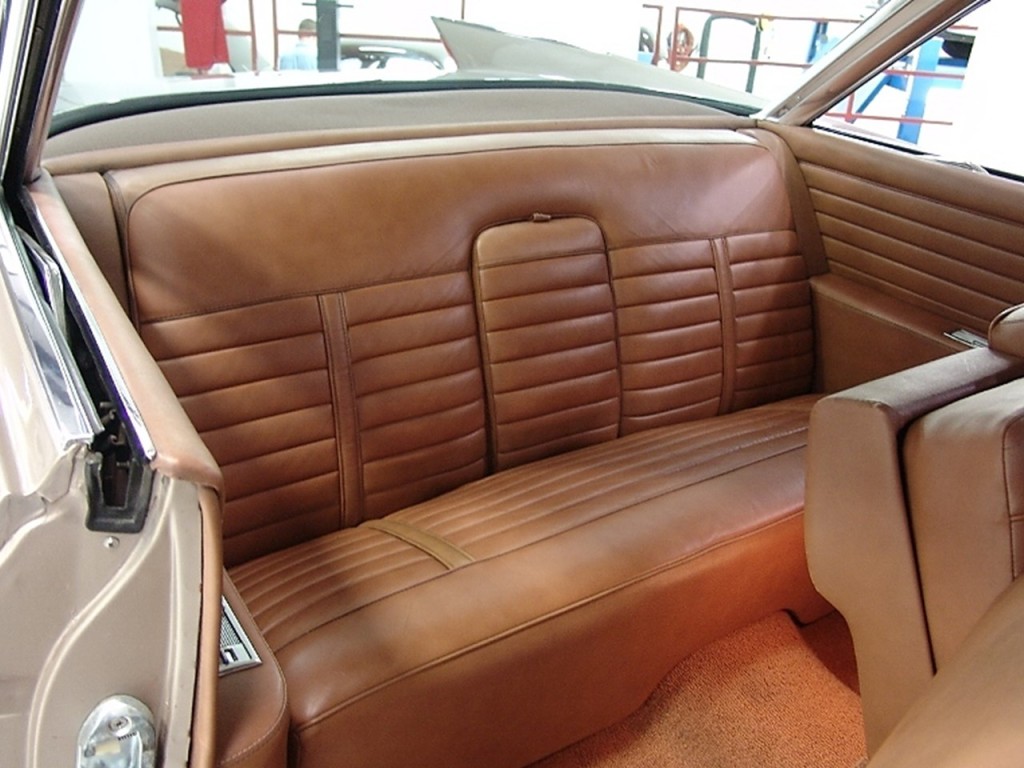 No automobile in all the world was so deeply admired for its magnificent motoring luxury than Cadillac. With its interior by Fleetwood and impeccably crafted bodywork by Fisher, the 1961 Coupe deVille was a brilliant new edition of American ingenuity.

The sculpted new silhouette was augmented by its restyled rear end design. Those tail fins were offset by lower styling accents called “skegs” which gave the 1961 Cadillacs stature and elegance no other luxury brand could offer. 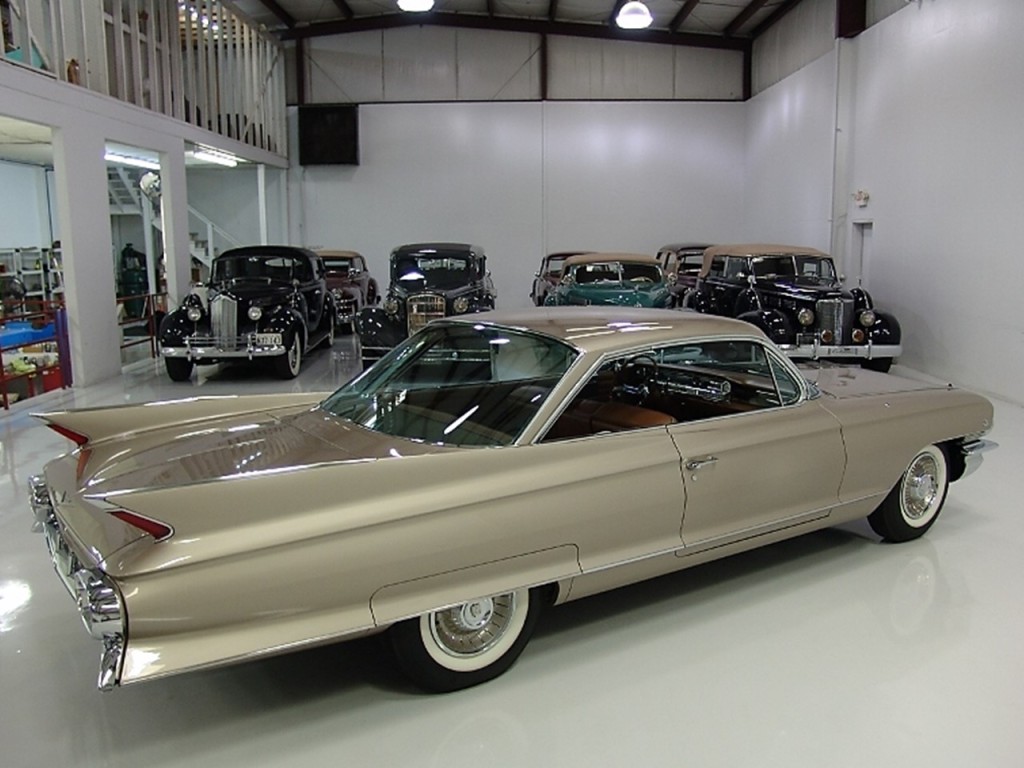 This was the beginning of Cadillac’s stream-lined and contemporary understatement. Gone was the 1950s gaudiness and over embellishment to the point of garish for exterior trim. The 1961 Cadillac Coupe deVille was just the beginning of beautifully new editions of America’s favorite luxury car. 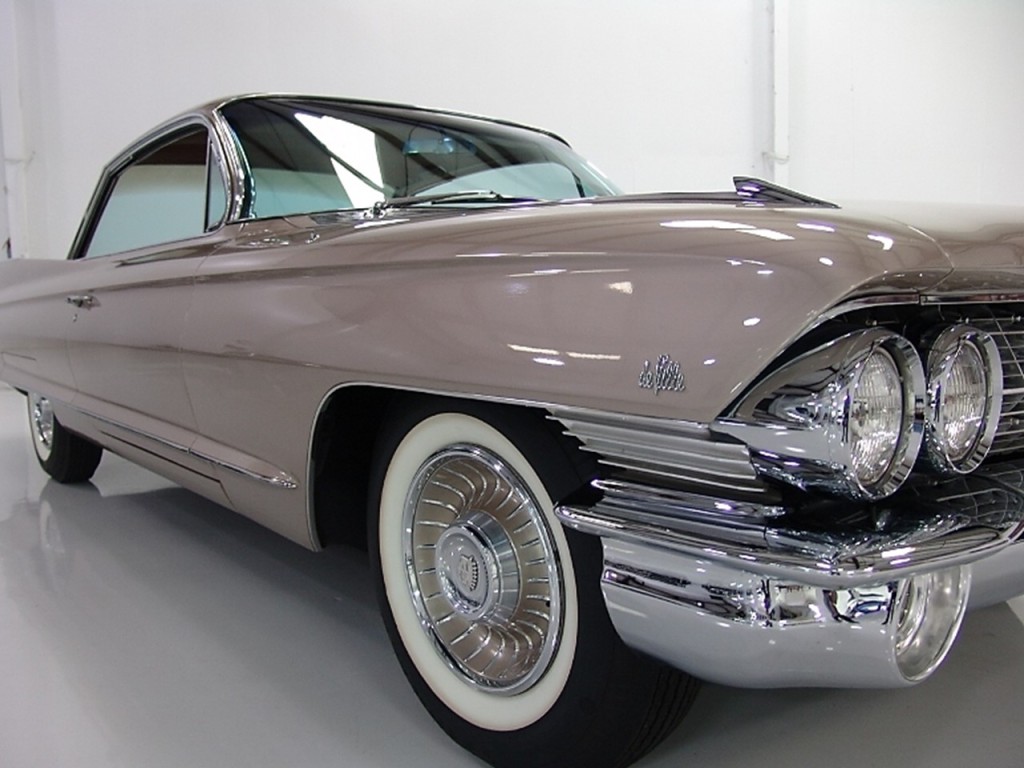