The 1970 model year was the finale for the DeVille convertible 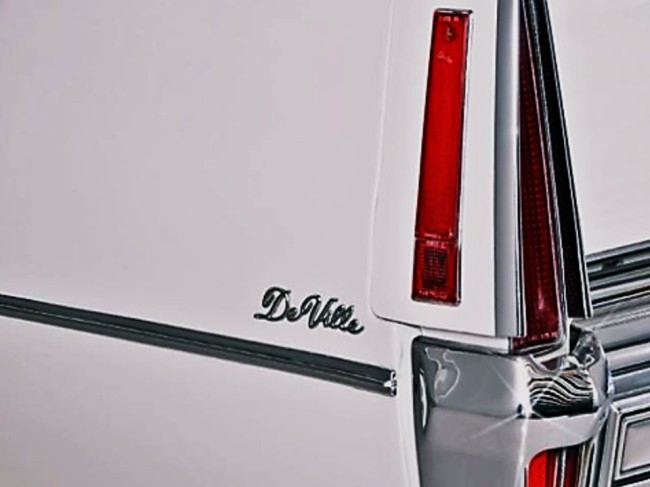 They were the proverbial good old days. Can you imagine being at the wheel of a masterful motorcar like the 1970 DeVille convertible in today’s world? It was an experience that had to be savored. The traditional Cadillac was unlike anything today. It was a quality crafted prestige symbol….the formidable “Standard of the World.” Well, once upon a time….there was a land called America. And in this land were luxury cars, and luxury cars, and luxury cars. And there were luxury cars. Get it? Fantasy Island…America was the purveyor of the land-yacht, Cadillac was the leader. These luxury cars were a city-block long and half a city-block wide. Powerful too….able to leap long parking lots in a single bound….more powerful than a locomotive…and would actually huff & puff & blow your house down if you got in their way on the highway! 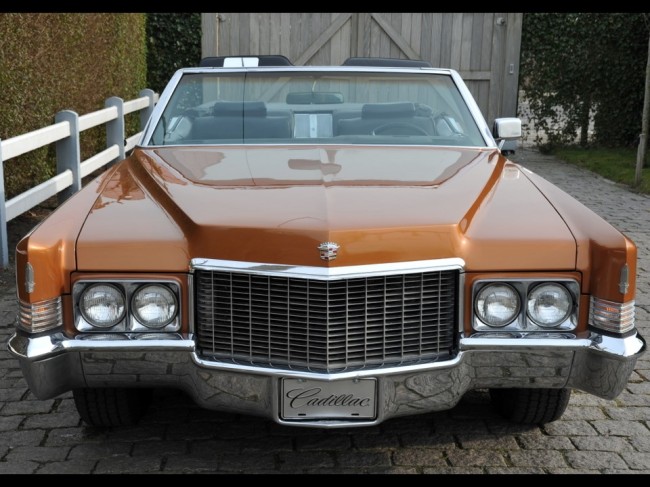 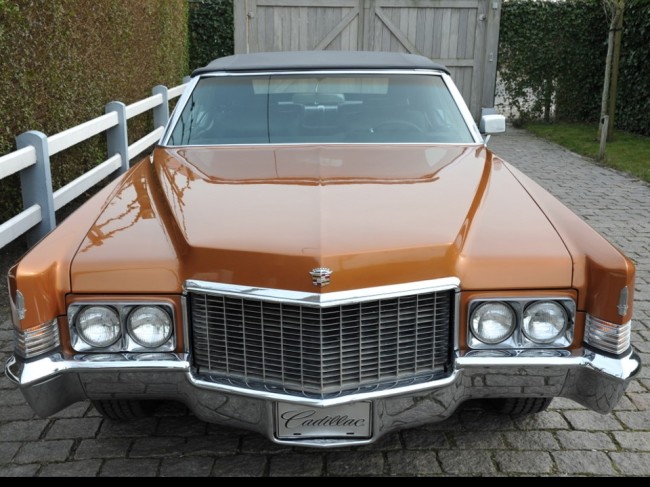 One such luxury convertible was the 1970 Cadillac DeVille. Lower the standard power fully automatic folding fabric roof, attach the boot and off we went….Cadillac style! There was no more splendid way to enjoy an open tourer in its most elegant form than that of the DeVille convertible. The 1970 model year was the final curtain call for the DeVille convertible. It was the only true luxury convertible built in the land. Now….the DeVille legend continues….in the continuing saga of “As the Standard of the World Turns.” 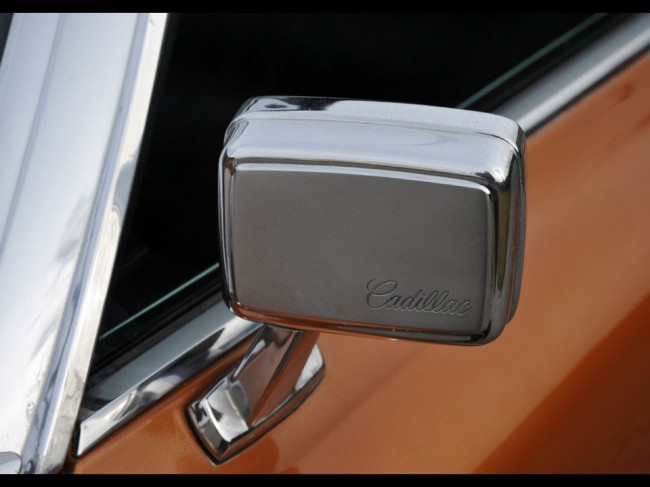 The 1970 Cadillac DeVille was a spacious six passenger convertible. Its interior was upholstered in Sierra grain leather by Fleetwood. There were 10 color combinations available with the most popular being white. The DeVille convertible featured the rich look of Oriental Tamo wood on the door panels and dash. The deep-seated notchback lounge seats came standard with two-way power and six-way available at extra cost. The 60/40 Dual Comfort front seat was a popular DeVille option for 1970. Power windows, Variable Ratio power steering, and power brakes were among the many standard features and accessories. Cadillac offered more features both standard and optional than any other luxury brand. 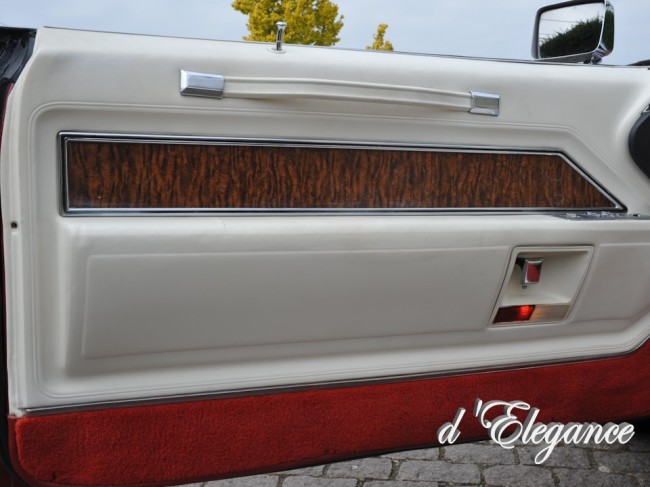 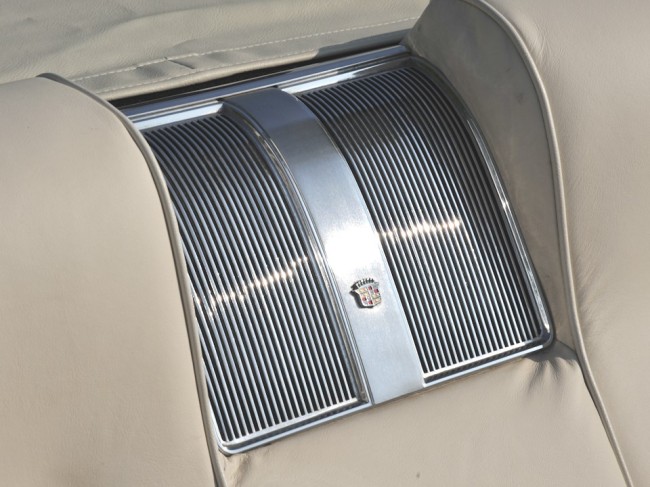 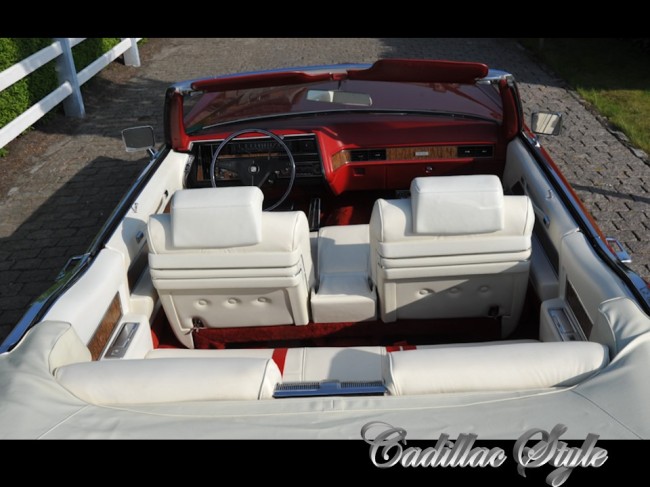 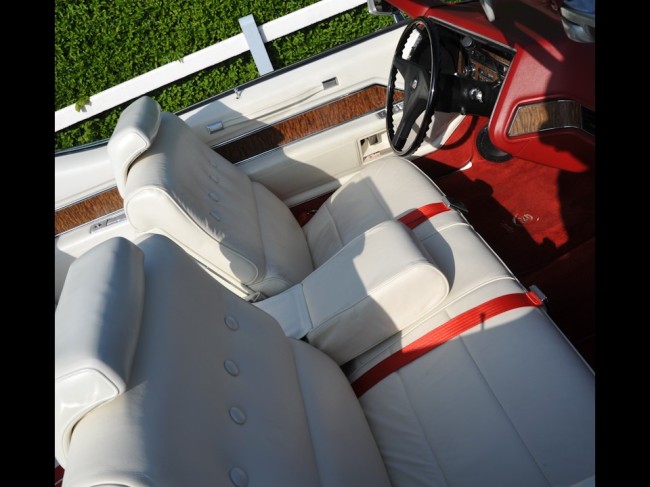 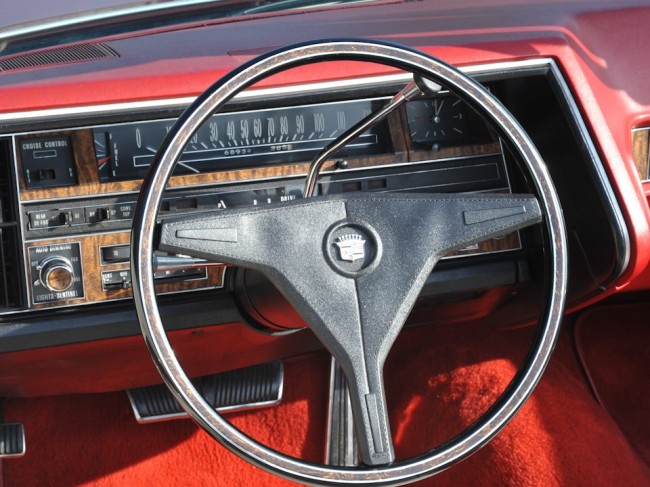 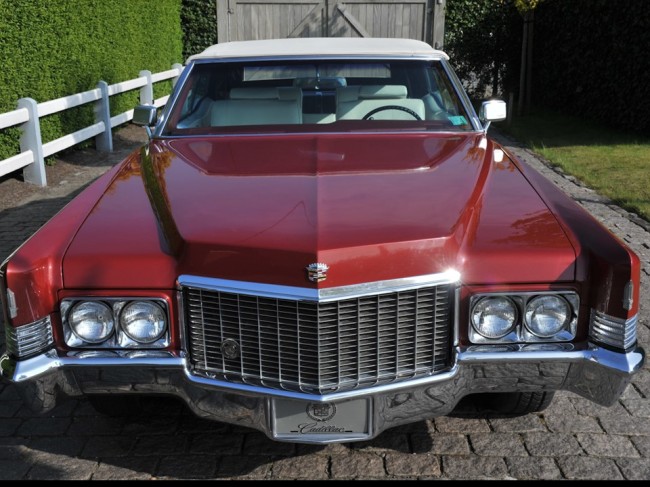 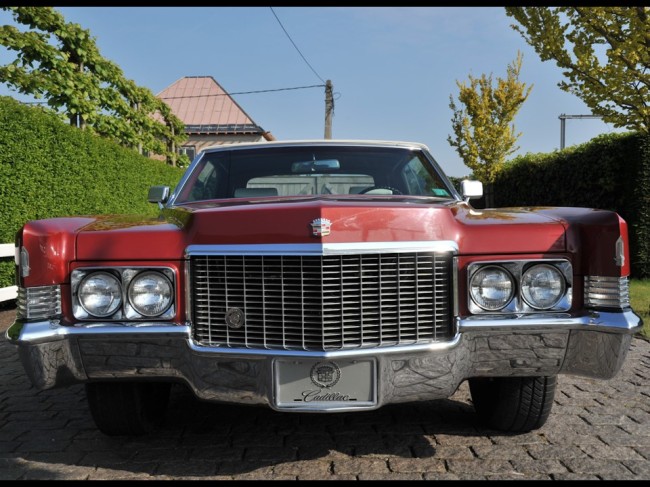 The 1970 DeVille convertible was powered by Cadillac’s 7.7 litre 472 CID 16-valve OHV V8. It was equipped with a Rochester 4MV 4-bbl downdraft Quadrajet with equalized manifold, mechanical fuel pump, dry-type air filter, intake silencer, and automatic choke. Don’t scoff, fuel injection was still in the making. It was around, just in mechanical form not the sophisticated electronic (expensive too) fuel injected systems of today. This spirited open tourer produced 375 hp @ 4,400 rpm with 712 Nm of peak torque @ 3,000 rpm. Its performance was rated as 0-60 mph in 8.1 seconds, 0-100 mph in 22.4 seconds with a top speed of 127 mph. It did the ¼ mile @ 88 mph in 15.8 seconds.

The engine was mated to GM’s Turbo Hydra-Matic THM-400 3-speed automatic transmission. Cadillac was in the middle of their performance heyday. The urge to drive this elegant machine as a sports car was irresistible! With its whopping 712 Nm of peak torque, and you pounced on the accelerator, the car leaped into action and back you went in your seat….awesome, not the power-to-weight ratio hp of today, this was raw power. But by the end of the Spirited Seventies between the avarice of OPEC and the EPA suffocating the hp out of cars we were forced into these elegant new puddle-jumpers which are merely death-traps with their disguise as a luxury sedan. I really expect to see one day soon, the duality of the twenty-first century automobile that becomes your coffin in a fatal accident, they just merely remove the Michelins and put it on a Church cart….

There was just something charismatic about a red Cadillac convertible. San Mateo red was a very popular color for the 1970 model year combined with either a red or white leather interior. A Cadillac convertible had a youthful spirit of adventure yet it maintained a poised dignity that was the hallmark of every Cadillac. Panache with a little Razza-ma-tazz was the 1970 DeVille convertible. It was the end of an elegant Cadillac era. The 1970 model year was really the last ‘traditional” Cadillac. From 1970-1976 they became a hodge-podge of GM parts, and could be dis-assembled with a ‘standard’ ratchet set. The 1970 was the last true masterpiece from the master craftsmen. I am pleased to bring a second debut to these Cadillac greats. Many had forgotten what the “Standard of the World” really was…. 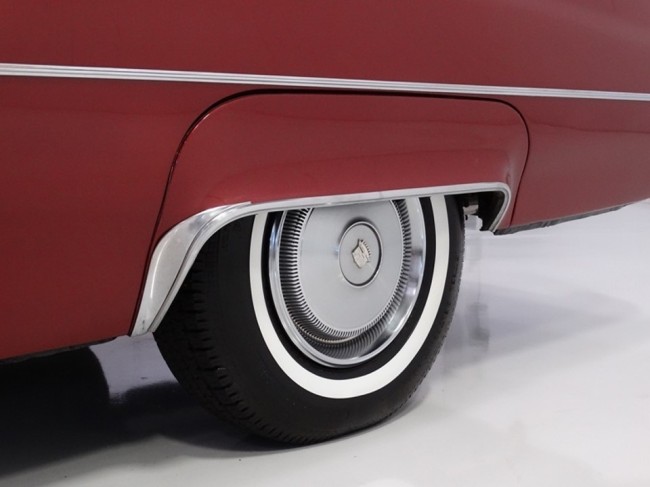 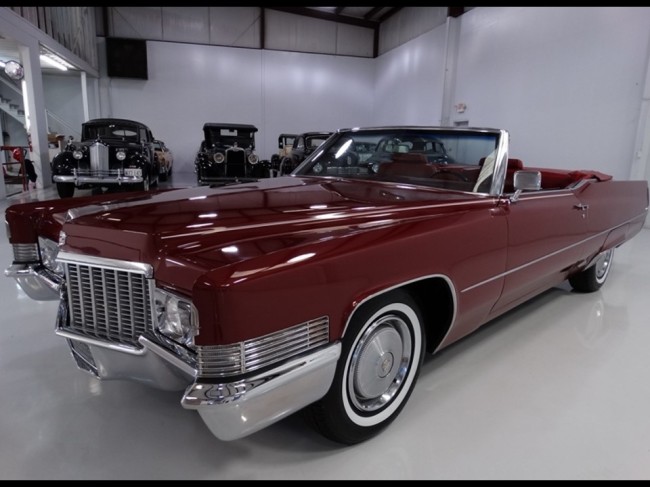 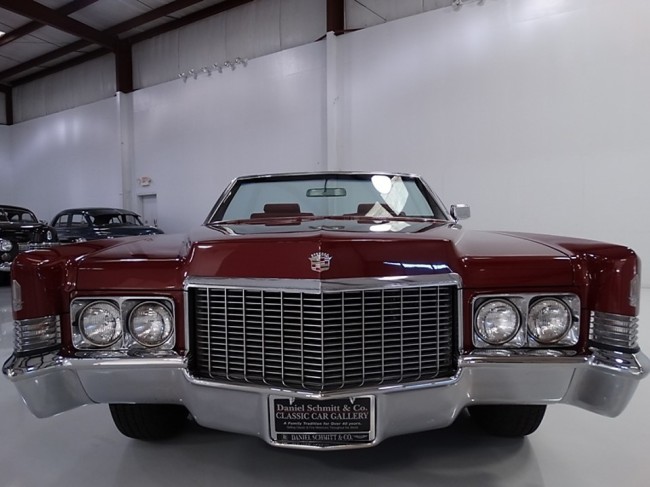 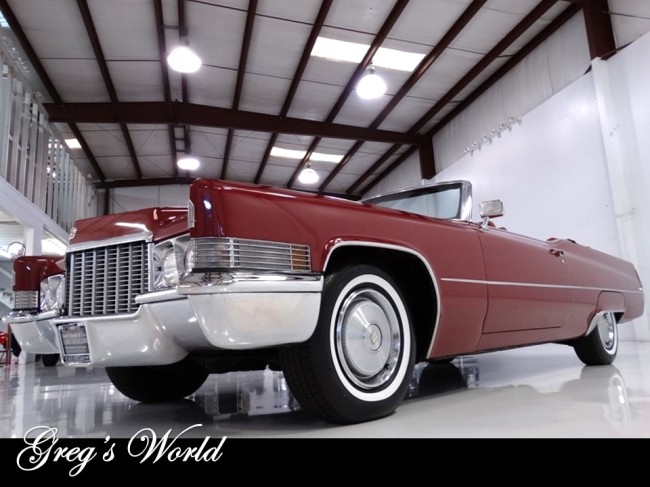 The 1970 DeVille was a spacious six passenger convertible, however, we managed to seat eight comfortably. A friend’s mom allowed my friend to drive the DeVille when we were in high school. Eight managed to go to the beach with room to spare. I usually always drove because she was afraid of its size, I was used to them because my dad drove the Sedan deVille. There was a feeling about cars from that genre…you were soaring, like riding in a big ole’ floatin’ Barco lounger. It was quite a treat to be sixteen years old and allowed to drive the family Cadillac alone. That’s why we were “very very good kids!” The “Standard of the World” was held in esteem. 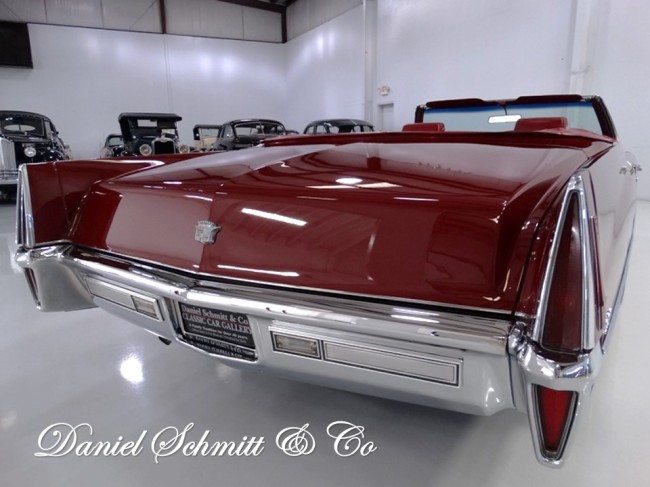 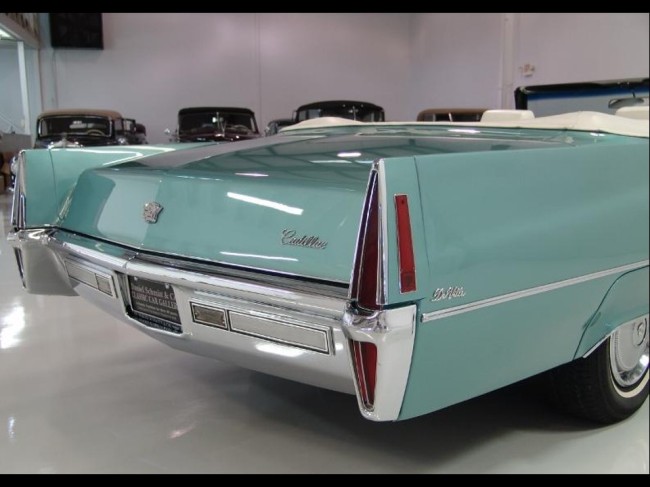 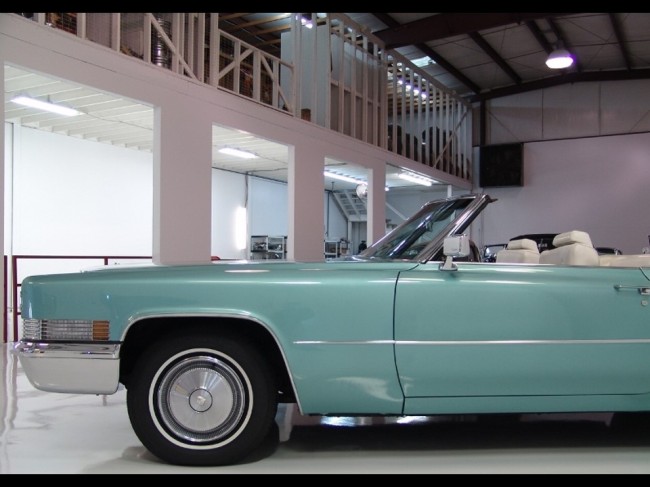 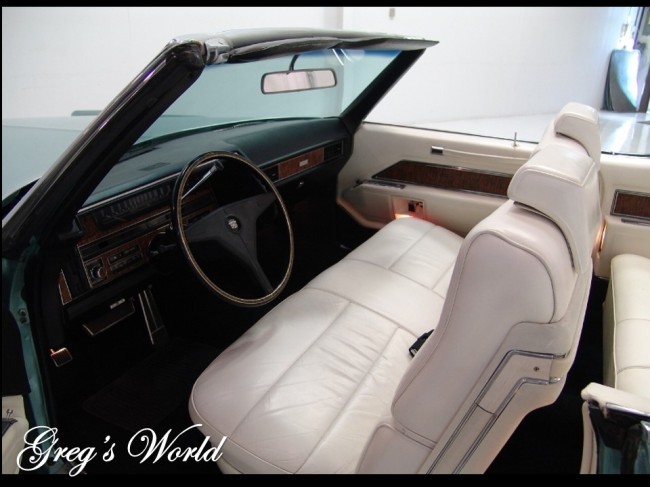 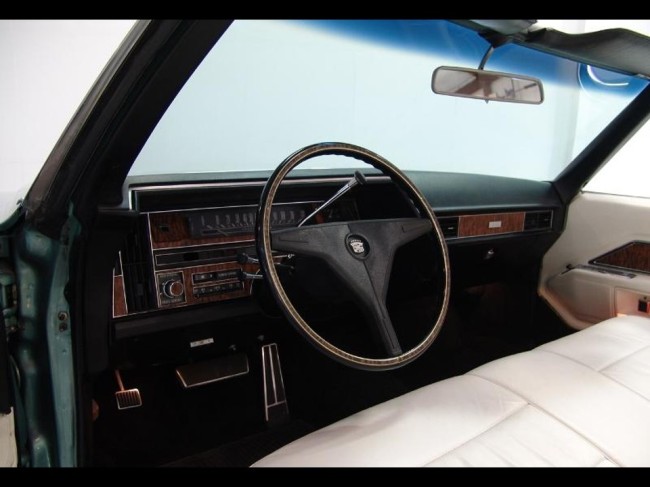 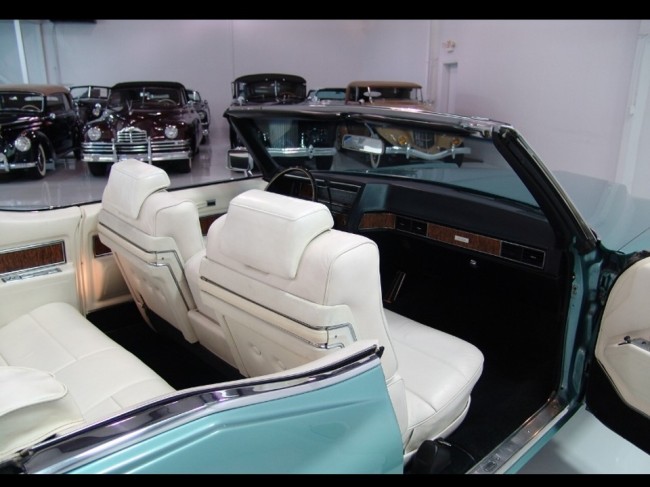 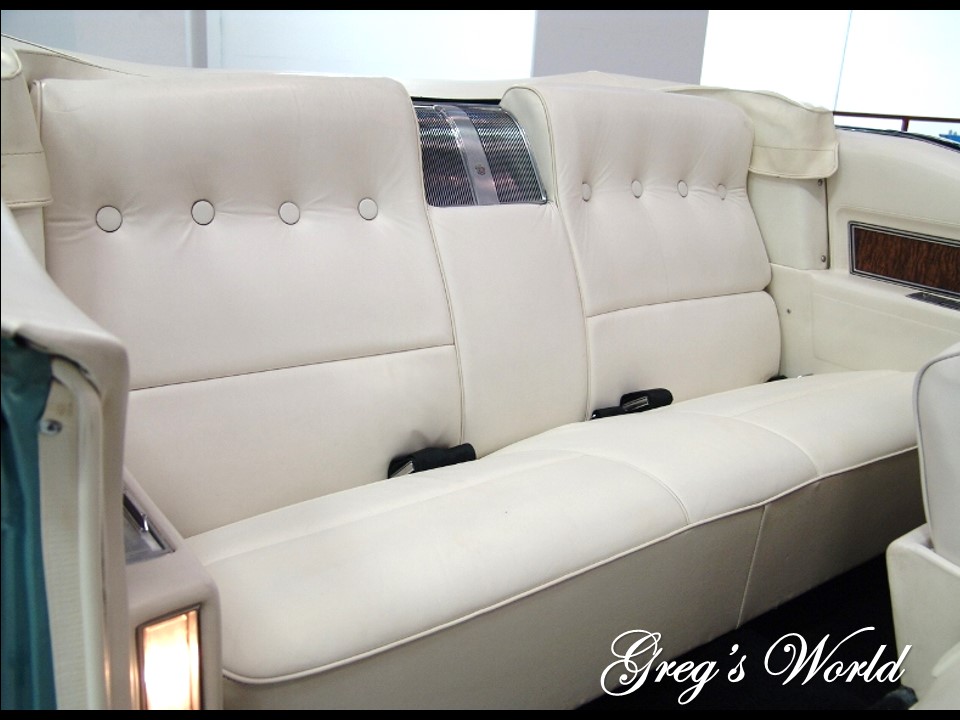 The DeVille convertible was produced from the 1964 model year through the 1970 finale. It was everything that was Cadillac, topless, totally elegant….totally Cadillac. A powerful Cadillac V8 powered this elegant open tourer with such aplomb, it was as though it had the legs of a sports car. Power such as 375 hp was astonishing for a motorcar of such magnificence. With a luxuriously leather upholstered interior by Fleetwood and its svelte body by Fisher, the 1970 DeVille convertible was youthful in spirit yet unmistakably Cadillac in poised dignity. This is the “Forget-Me-Not” episode…. in the continuing saga of “As the Standard of the World Turns.” 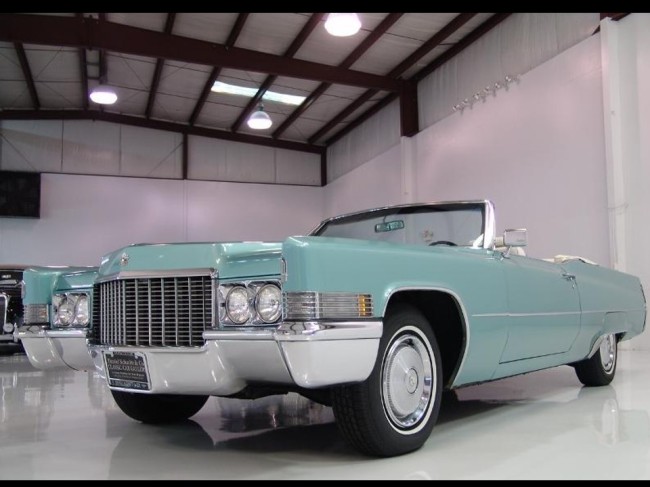 The 1970 Cadillac DeVille convertible was the last of a breed….

"As the Standard of the World Turns", Cadillac, Cadillac Historical, Requiem For A Legend

One thought on “Requiem For A Ragtop: 1970 Cadillac DeVille” Leave a comment ›