The Town Sedan shared the same luxury as the Sedan deVille

The “Short-Deck” was designed for the Park Avenue lifestyle… 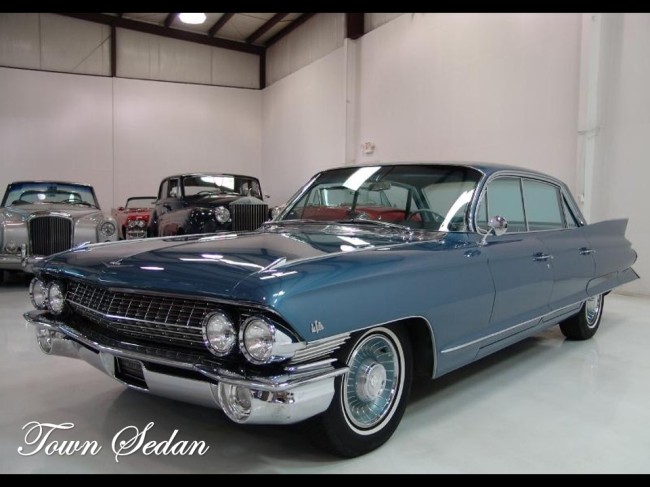 Cadillac had a complete re-design for the 1961 model year. They were lower and more refined. Chrome was used at an absolute minimum for a change and the iconic Cadillac tail fins were tapered more into the architecture. Cadillac engineering refinement included a smoother performing V8 engine, a new front suspension system and a chassis designed to be lubrication free. The 1961 Cadillacs were contemporary and crafted with the legendary superlative fit and finish. Cadillac introduced a new concept in luxury car design mid-year in 1961.

Cadillac introduced a new completely new body style for the 1961 model year. This new concept provided the exact same Cadillac luxury as the regular production Sedan deVille, it provided the exact same interior dimensions, in fact, it was the exact same car from the axle forward. The difference being its overall length. The 1961 Short Deck Town Sedan was a splittin’ image of its Sedan deVille counterpart, it had shorter rear over-hang. Its pillarless six-window styling was distinctively Cadillac. The Short Deck Town Sedan was a radiant new star in the continuing saga of “As the Standard of the World Turns.” 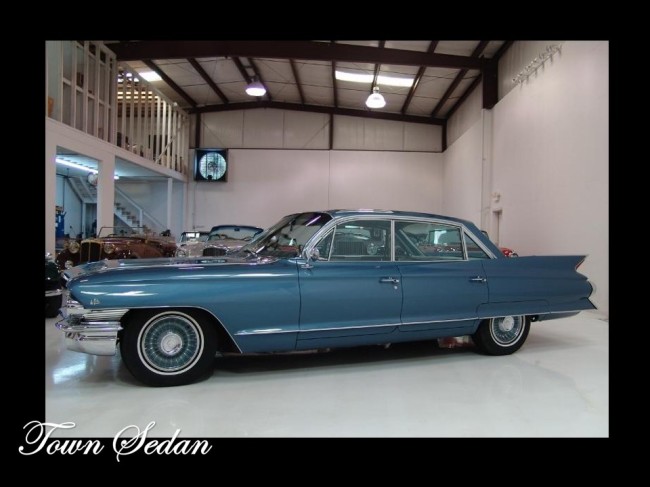 No more gracious and luxurious town car existed in the world more elegant than this classic Cadillac creation. It was specifically designed with a shorter rear deck, but retained all of its six passenger spaciousness and Cadillac luxury. It was particularly appealing to the ladies. The Town Sedan was 7” shorter than the Sedan deVille. It was designed for easier parking on Park Avenue. Model #61-63C 6399C Town Sedan was base priced at $5,498 and with its introduction mid-year there were only 3,756 built for the 1961 model year making this a rare not to mention unusual collectible. 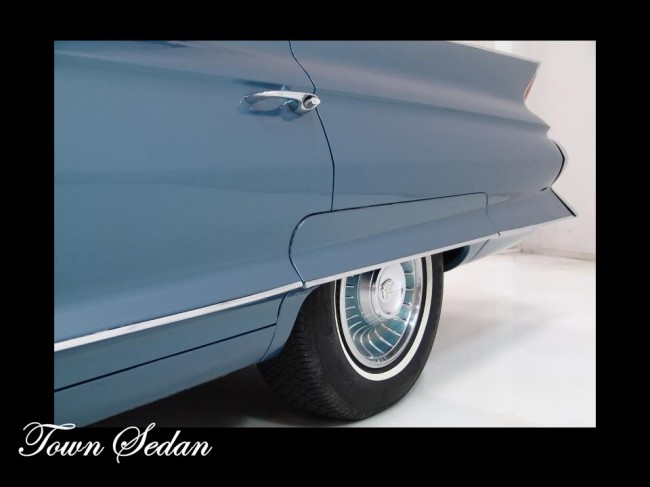 The Cadillac Town Sedan had the same all-new styling. The tail fins were trimmed once again for a more contemporary look. New for the first time were the lower rear tail fins or “skegs” as they were called, as accents to add symmetry to the styling continuity. The 1961 re-design was tasteful, all of the flamboyant lines of the 1959-1960 models were tamed and refined, yet unmistakably Cadillac. The Town Sedan offered the same magic carpet ride and luxurious Cadillac attributes. Its extraordinary grace and charm were complimented by the marvelous Cadillac comfort and convenience features and accessories. The 1961 Cadillac Town Sedan was a new way to experience the elegant world of Cadillac. The 1961 Town Sedan retained that poised dignity which was the hallmark of every Cadillac. 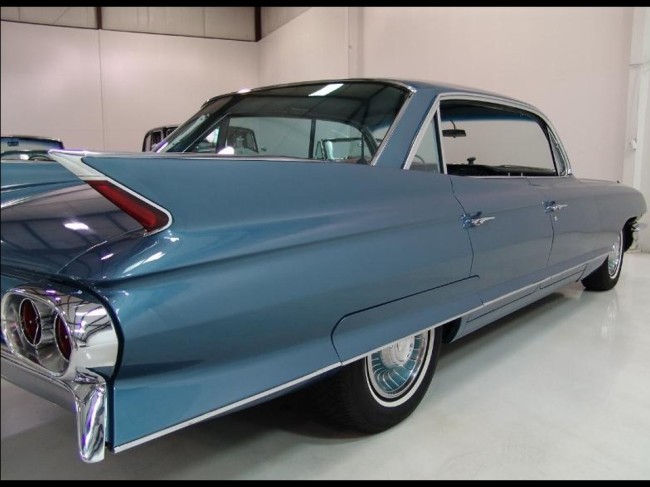 The 1961 Cadillac Town Sedan was powered by the Cadillac 390 CID 16-valve OHV V8 engine. It was equipped with a Rochester #701930 4-bbl downdraft Quadrajet with equalized manifold, mechanical fuel pump, polyurethane air filter, intake silencer, and automatic choke. The engine had a cast iron block and heads, five main bearings, and hydraulic valve lifters. This highly refined Cadillac engine delivered brilliant performance and proven dependability. Performance was rated as 0-60 mph in 10.4 seconds, 0-100 mph in 29 seconds with a top speed of 125 mph. It did the ¼ mile @ 84 mph in 17.6 seconds. The 390 CID V8 produced 325 hp @ 4,800 rpm with 583 Nm of peak torque @ 3,100 rpm. The engine was mated to GM’s Hydra-Matic (Jet-away) 4-speed automatic transmission.

The short deck Town Sedan rode on a long 129.5” wheelbase. It was 215” long compared to the 222” length of the Sedan deVille. The Town Sedan had the exact same width of 79.8” as the Sedan deVille. The 1961 Cadillacs were built as body on frame construction using Cadillac’s rugged tubular center X-frame with new front frame members. This permitted a lower front floor for increased seat height and headroom. The redesigned chassis for the 1961 model was designed to be lubrication-free. 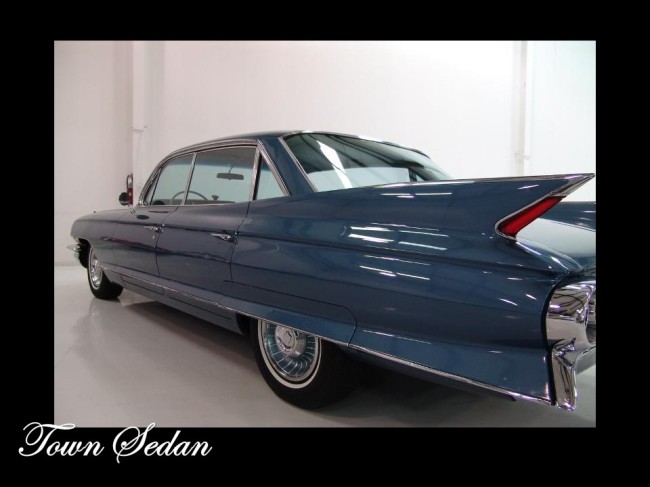 The Cadillac short deck Town Sedan was contrary to what Cadillac was really all about, and that was….excess. The Town Sedan like the Park Avenue Sedan deVille model that followed went over like a lead balloon in the day but the survivors are like the proverbial ugly ducklings. These cars appeared “strange” if you had never seen one and it was your first time. I was in grade school and I thought the one I saw had been totaled and repaired incorrectly. The car just appears awkward from some angles. It was such a strange idea, the modest amount chopped off was negligible when it came to parking, so why the chop? After all, didn’t one purchase a Cadillac for its capacious interior and land-yacht exterior attributes? 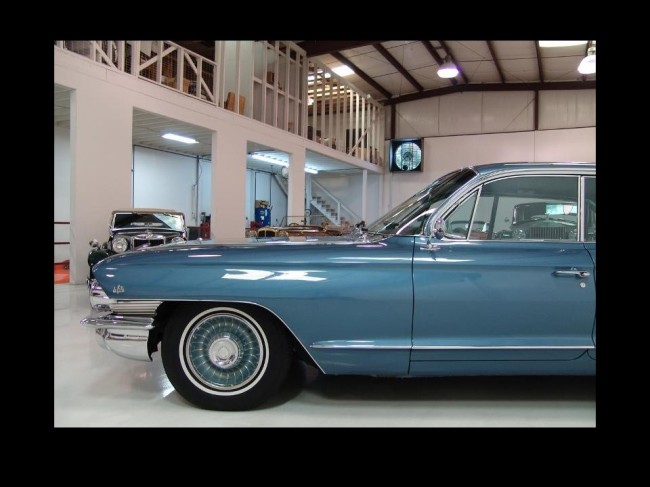 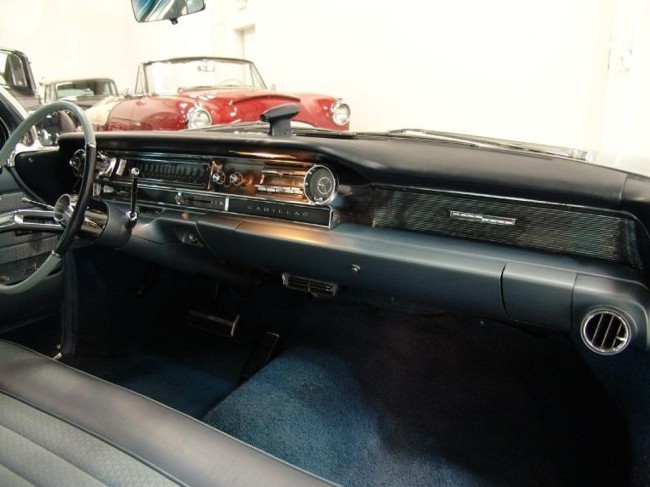 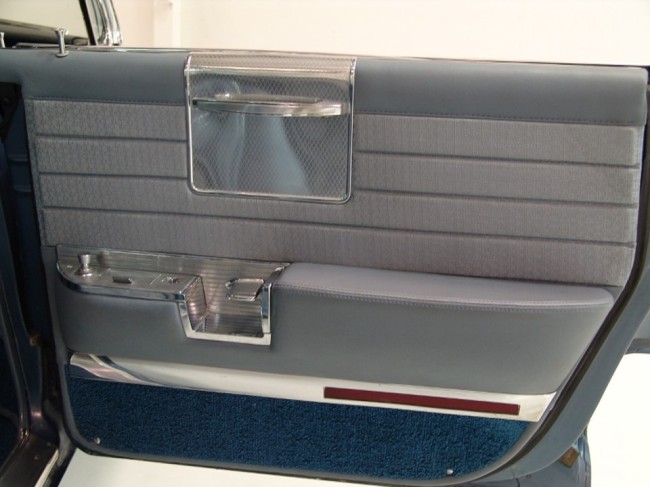 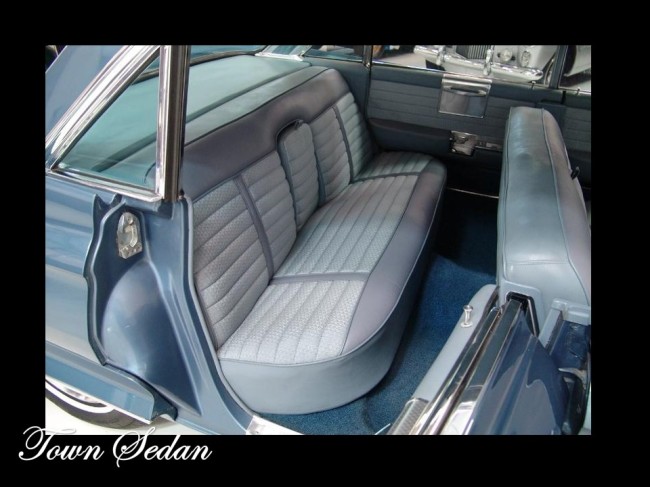 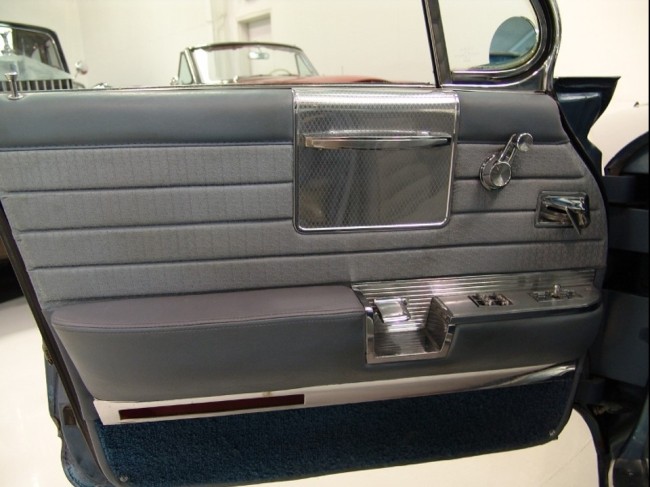 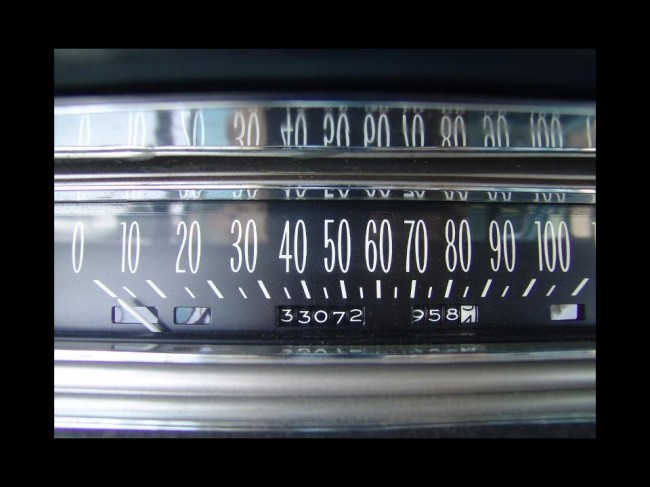 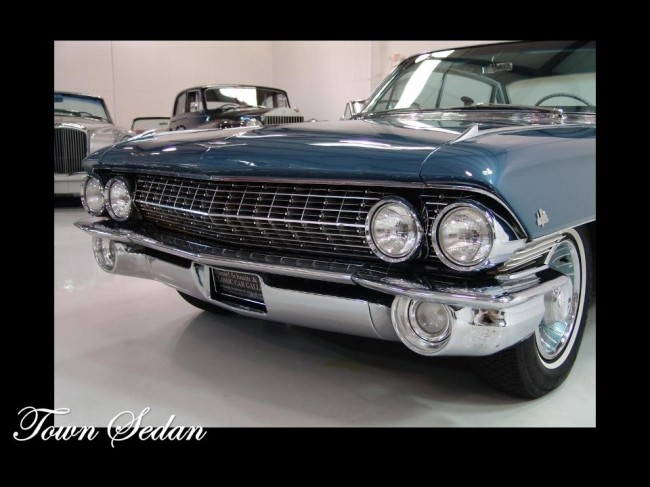