….and the formidable DeVille legend continues

Cadillac for 1962 was genuinely a new achievement in automotive excellence. This was one of the most magnificent Cadillacs ever….finely crafted, meticulously refined, and so progressively engineered. The 1962 Cadillac Sedan deVille presented new grace and dignity. The interior was the most luxurious and lavishly appointed in the history of the brand. The Sedan deVille was once again America’s favorite luxury car.

The smoother and quieter V8 engine, finely crafted coachwork, and improved insulation made the 1962 Sedan deVille even more luxurious. In every aspect of motorcar superiority the 1962 model year presented new masterpieces from the master craftsmen. The 1962 Sedan deVille was a true masterwork of the motoring age, and was another jewel in the crown of the “Standard of the World.” This was a DeVille encore performance….in the continuing saga of “As the Standard of the World Turns.” 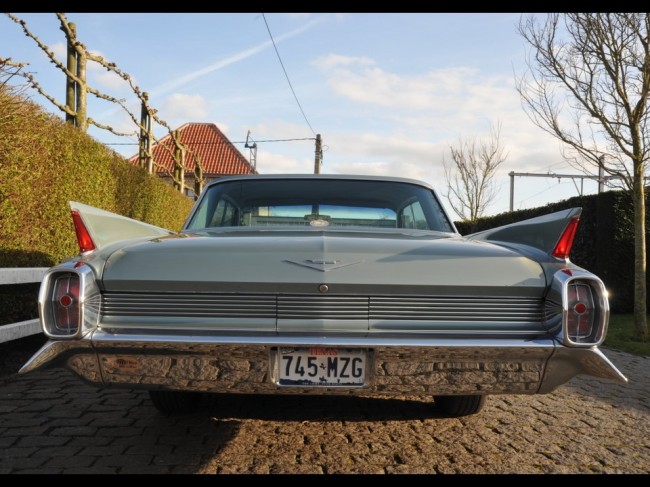 Here is nostalgia, the only thing missing is “Ward & June Cleaver.” This was from that era, that illustrious era that spoiled America rotten with cars a city-block long and half a city-block wide. We were “Fantasy Island” where one’s wildest dreams came true….a dollar was worth ALL of its pennies….and Cadillac was a motorcar of distinction.

The 1962 Cadillac was totally American such as: baseball, hot dogs, apple pie, and Sedan deVille. This goes back to a time when an automobile was purchased for its looks and performance and not how many miles to the gallon nor 0-60 in a nanosecond. America wasn’t into the crotch-rockets of today back then, America was the purveyor of the luxury car….Cadillac was the leader, remember….”The Standard of the World?” 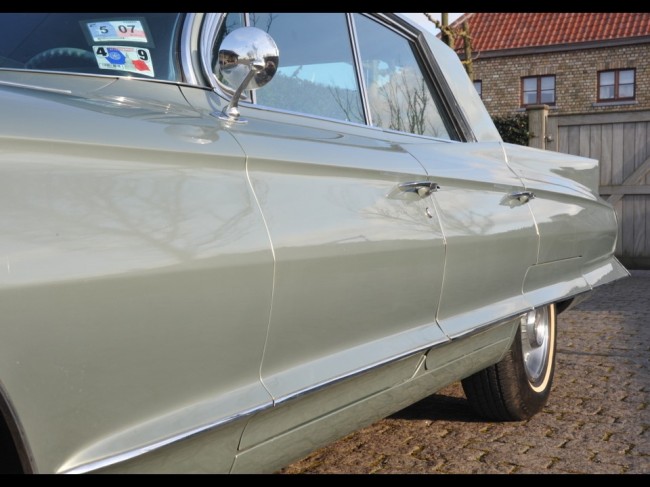 The 1962 model year got the Cadillac “Beauty Treatment” that included crisp new styling. The iconic tail fins were tapered into the architecture for a more elegant, refined, look. The lower fins at the rear or “skegs”, remained from the 1961 re-style. The Sedan deVille received a new roofline with the pillarless four-window hardtop sedan.

For 60 years, Cadillac led the industry with performance, design, and engineering as the “Standard of the World.” From the bold front end styling to the sweep of the rakish tail fins, it was unmistakably Cadillac. The 1962 Sedan deVille was a perennial favorite among luxury car buyers. The DeVille series was luxury and comfort the entire world admired. 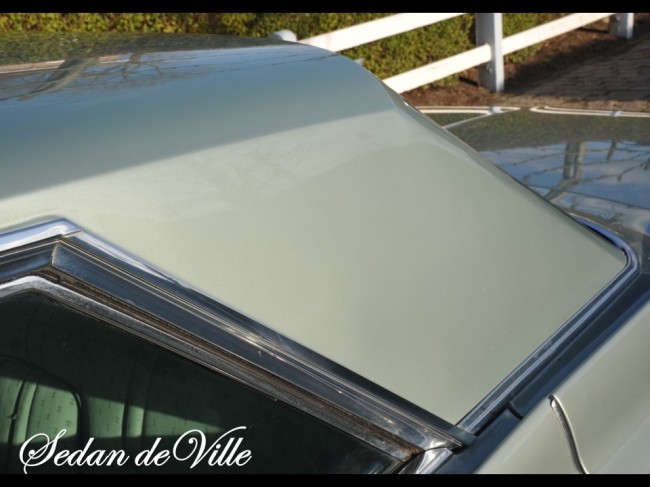 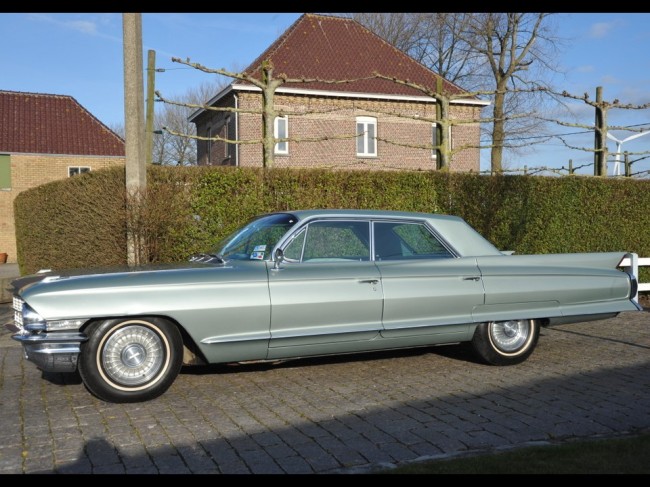 The Sedan deVille for 1962 provided conveniences, appointments, and sheer elegance that were unique to this great motorcar. The Sedan deVille was extremely popular from its inception in 1956. Spacious six passenger roominess and the kind of luxury that could only come from Cadillac, was the illustrious Sedan deVille series. The DeVille was also one of the longest running production series from 1949 all the way through 2005 after which it became DTS. 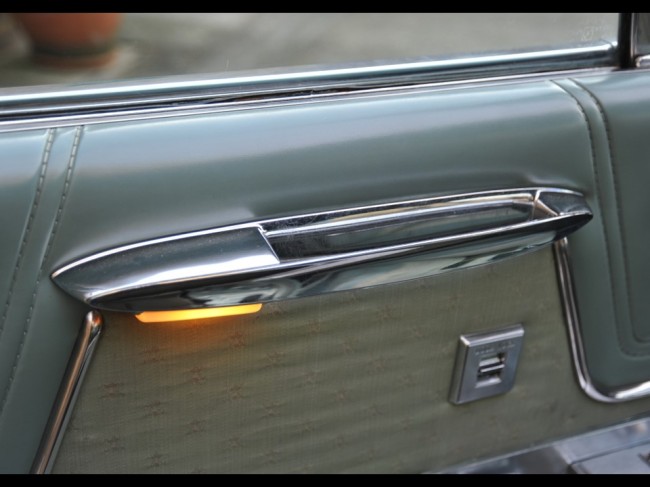 The 1962 Sedan deVille had a lavish interior available in eight cloth with leather or four solid color leather upholstery choices for a truly unique expression of Cadillac luxury. Power windows and seat, folding center front and rear arm rests, courtesy lighting, and that Cadillac peace of mind were just a few of the many comfort and convenience features and accessories as standard equipment. 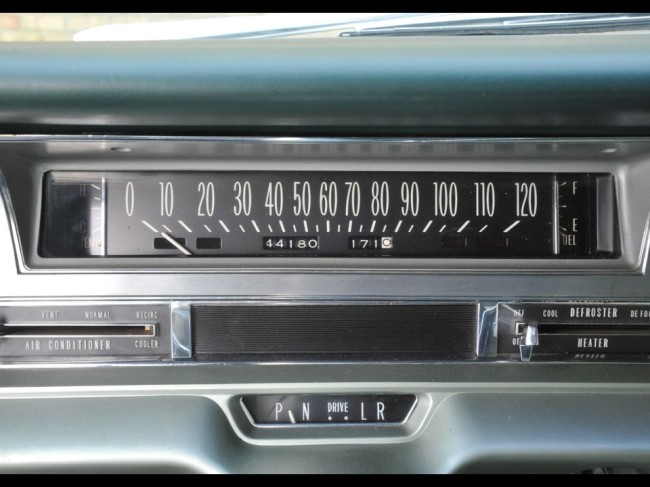 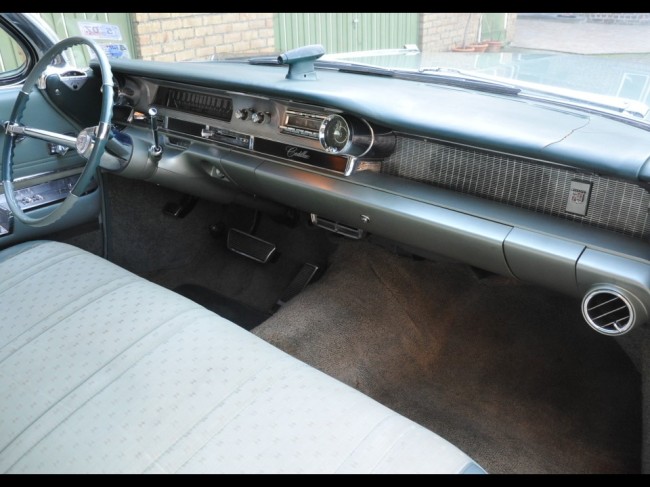 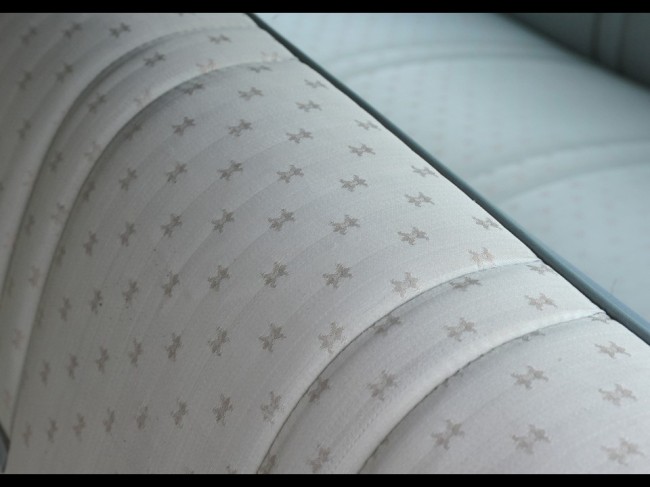 The big news for Cadillac’s 1962 model year was a new dual hydraulic brake master cylinder. It had a separate chamber for both front and rear allowing them to operate independently. The parking brake could be used as a true auxiliary brake, its automatic release would not lock with the engine running and in gear. The brakes were self-adjusting each time the vehicle was driven in reverse. Finned drums were fitted to the front and rear axles for increased cooling and longer life. 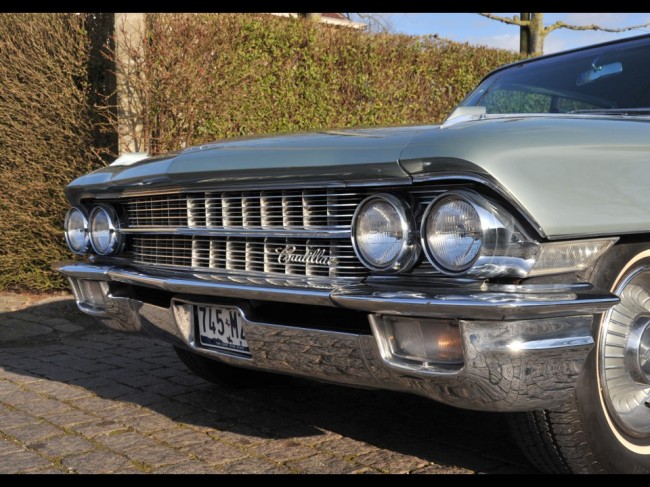 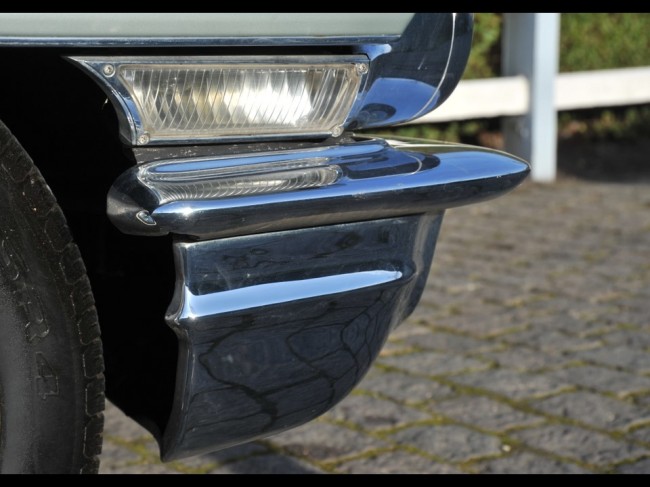 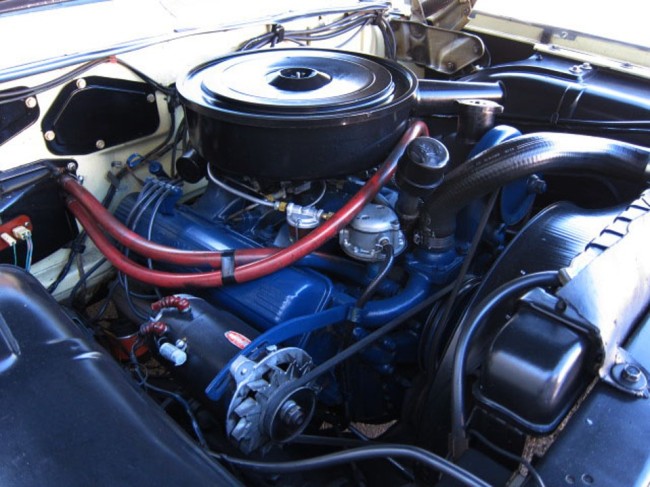 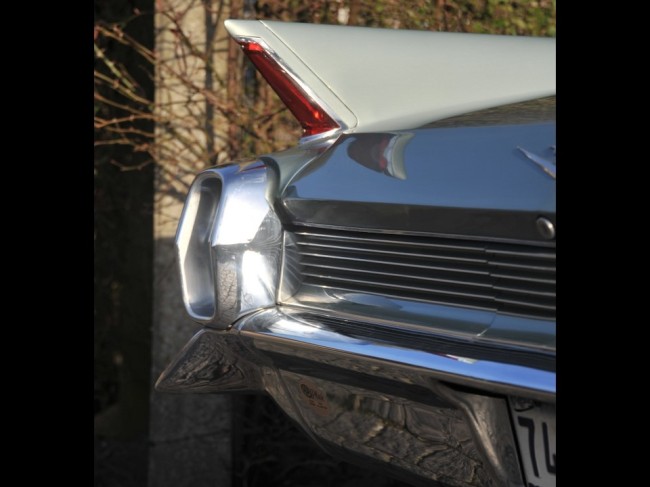 Freon-filled shock absorbers were fitted to the front and rear. A hypoid rear axle with off-set differential cover to facilitate Straight-Line Drive, four-link drive, helical coil springs, and rubber bushings to improve ride quality were fitted to the rear. The four-link drive system prevented lean on curves which added to the 1962 Sedan deVille’s superb ride qualities. The ride was incredibly smooth due in no small part to its 129.5” wheelbase. The 1962 Sedan deVille had the luxury length of 222” and a wide 79.9” stance. 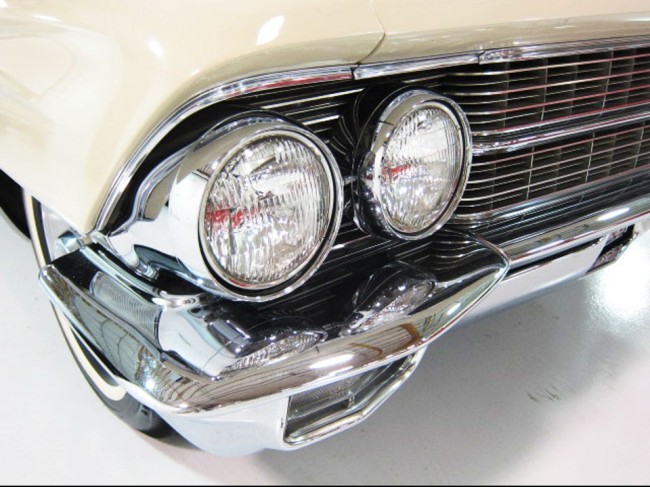 The 1962 Sedan deVille was a new achievement in motoring. The interiors were the most luxurious in Fleetwood’s history. In luxury, performance, and craftsmanship the 1962 Cadillacs were without conjecture the most elegant expressions of the brand to date. The highly refined Cadillac V8 engine delivered brilliant performance and proven dependability.

With chassis refinement and superb engineering, the 1962 Cadillacs retained the formidable magic carpet ride. The Sedan deVille was an eloquent expression of glamour on the grand Cadillac scale in the grand Cadillac manner. With complete motoring distinction and safety, comfort and luxury, the 1962 Cadillac Sedan deVille was another DeVille encore performance….in the continuing saga of “As the Standard of the World Turns.” 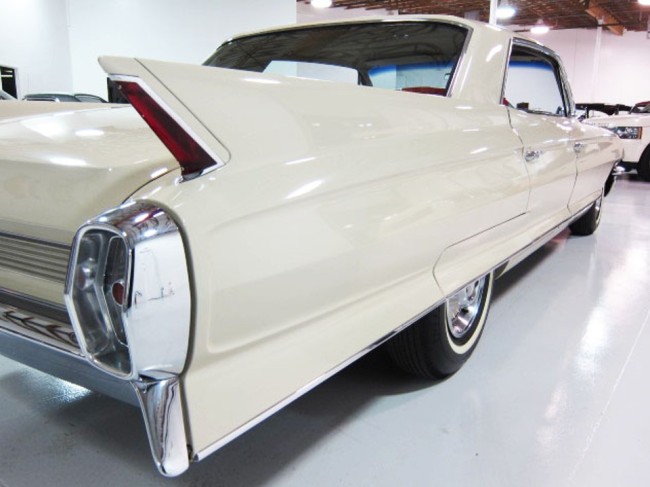 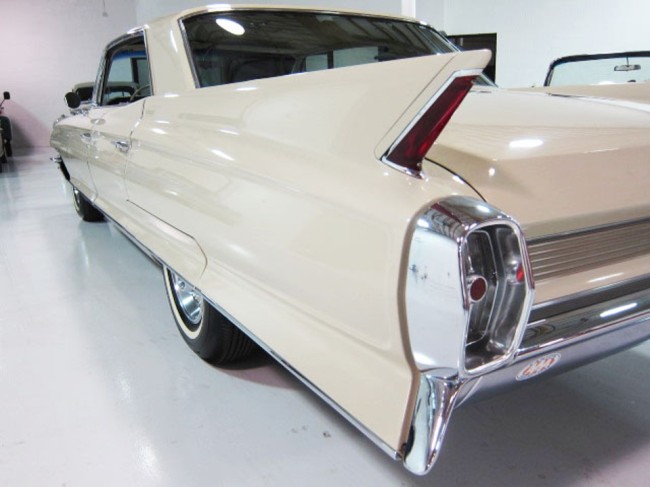 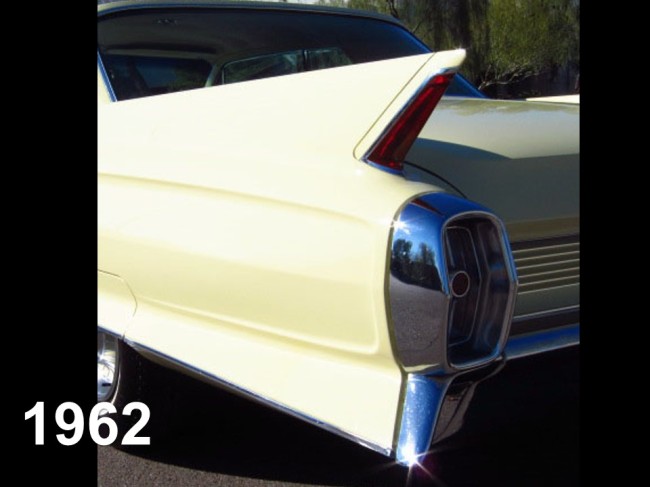 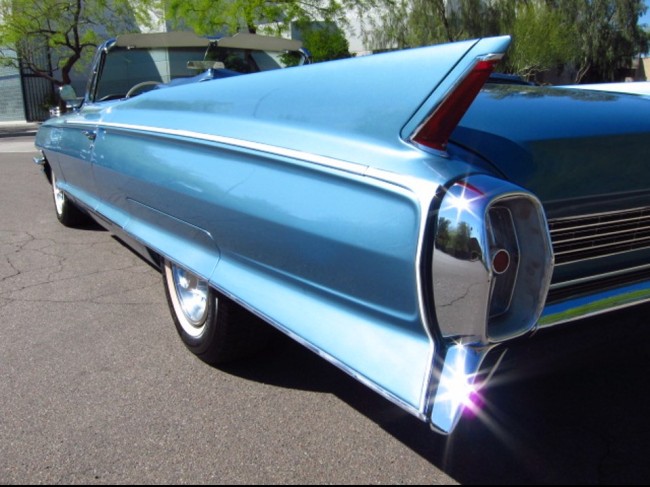