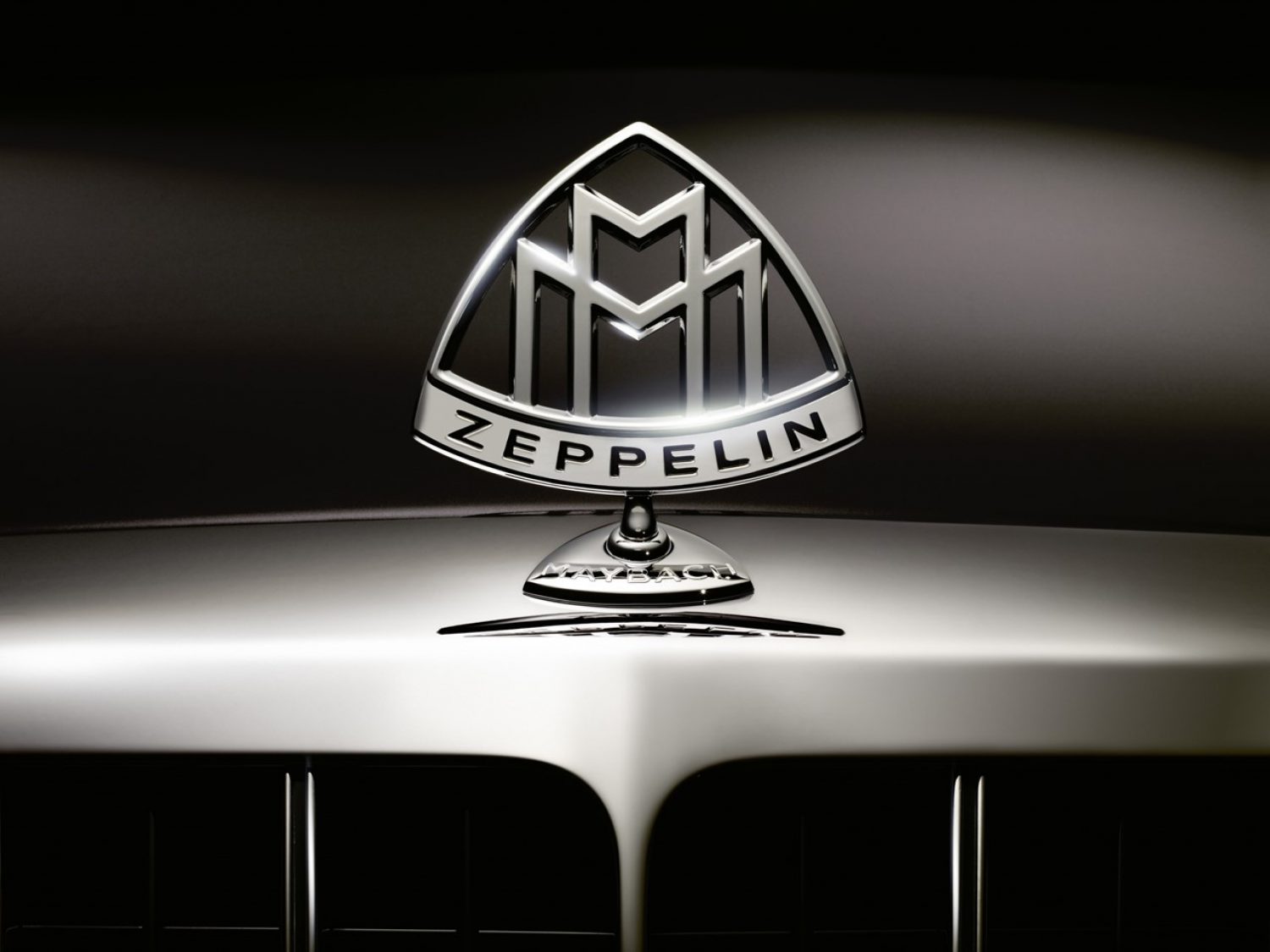 This was the farewell to the traditional rear drive Fleetwood

Cadillac Motor Division redesigned the 1993-1996 Fleetwoods as the new age luxury sedans. The Brougham was again a member of the Fleetwood Series. These regal sedans were spacious and elegant, not to mention highly efficient. With their traditional full-size luxury and Cadillac style, they were immediately identified in any gathering of fine cars. These sedans were available as the base Fleetwood and the Fleetwood Brougham models.

They historically were the last of the eminent full-size rear-drive Fleetwoods. With their all-new aerodynamic design, Fleetwood was an impressive new choice in traditional luxury. The Fleetwood Series was the standing ovation for the Cadillac brand. This is a farewell salute…. In Loving Memory of “The Standard of the World.” This also left the continuing saga of “As the Standard of the World Turns” on hiatus….. 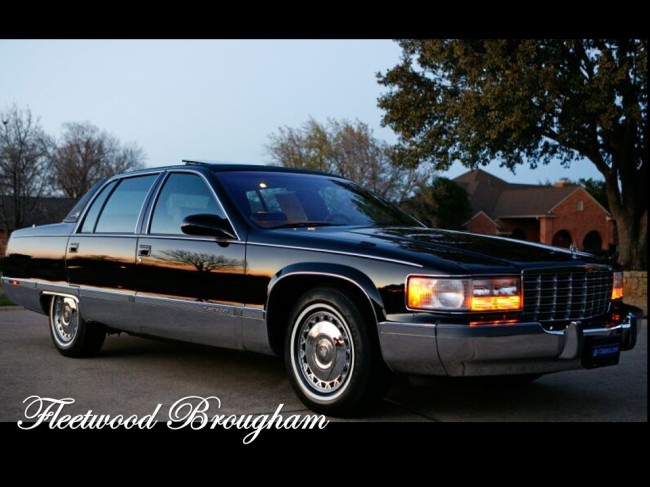 The 1993-1996 Fleetwoods went to luxurious new lengths to provide qualities one desired most in luxury automobiles. They were the roomiest luxury sedans built in America. Fleetwood’s all-new aerodynamic design made it incredibly quiet inside. This traditional luxury car came with peace of mind with Cadillac owner privileges such as 24-hour roadside assistance, the no-deductible 4-year/50,000 mile Gold Key Bumper to Bumper warranty, and courtesy transportation was also provided.

The bodyshell provided a vault-like door assembly with the added protection of side guard door beams and a reinforced safety cage surrounding the entire passenger compartment. Front and rear crumple zones were designed to accordion at a controlled rate cancelling collision energy before it reached the passenger compartment. The 1993-1996 Cadillac Fleetwoods were as rugged as they were beautiful, and as efficient as they were rewarding to drive. Production totals are the following: 1993 – 29,744 vehicles, 1994 – 23,177 vehicles, 1995 – 13,445 vehicles, and 1996 – 12,596 vehicles. 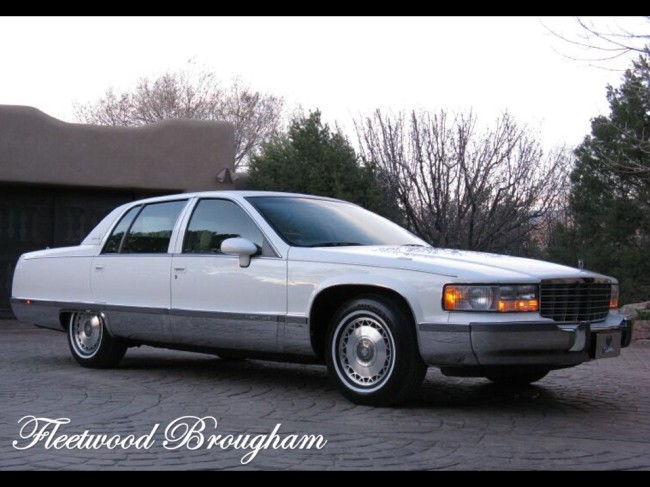 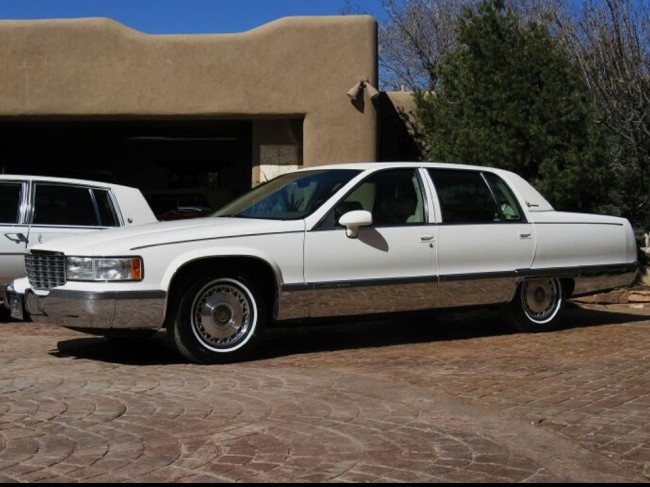 Popular features and accessories were available to create an even more distinctive luxury sedan. They were six-passenger spacious with more head and legroom than any other luxury sedan built in America. These were Cadillac’s last attempt at a full-size traditional luxury sedan….it was also the final curtain call for the legendary Fleetwood Series as rear wheel drive.

The Fleetwood sedans provided an excellent platform for limousine and professional car conversion. To add a strange note; the 1993-1996 Fleetwood sedans shared their platform with the Chevy Caprice and the Buick Roadmaster. What was even creepier, these Fleetwoods were powered by Chevrolet 5.7 litre V8 engines, the 1994-1996 Fleetwoods got the LT1 5.7 litre Corvette engine. The last GM full-size cars were merely a hodge-podge of GM parts. All three used the same modified production dies also….so “Simon says….each be the same yet be individual…..” It was sorta like a “Cadillac Caprice Classic Brougham”, if you will, that is just wrong! A Cadillac should have a Cadillac powerplant….right? 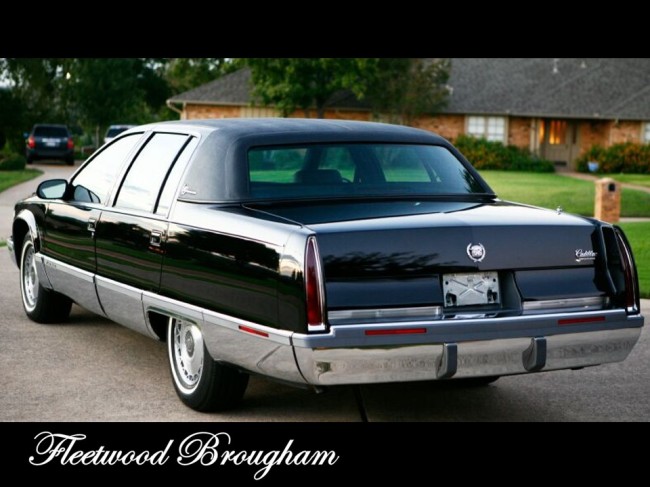 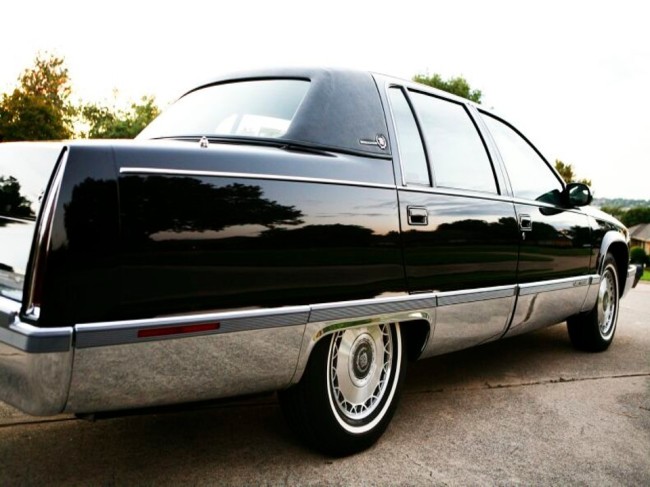 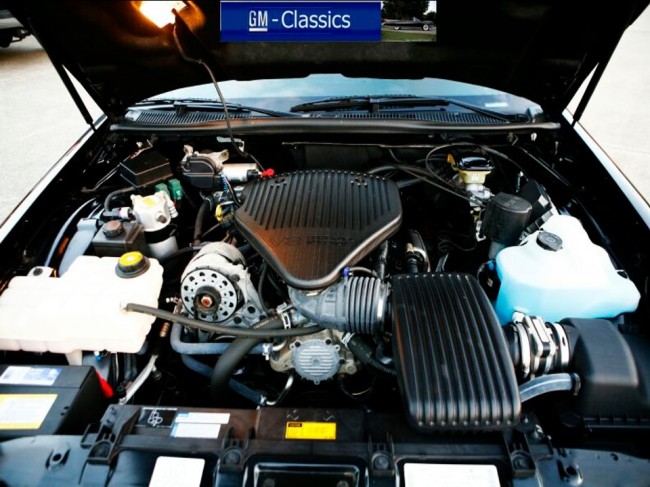 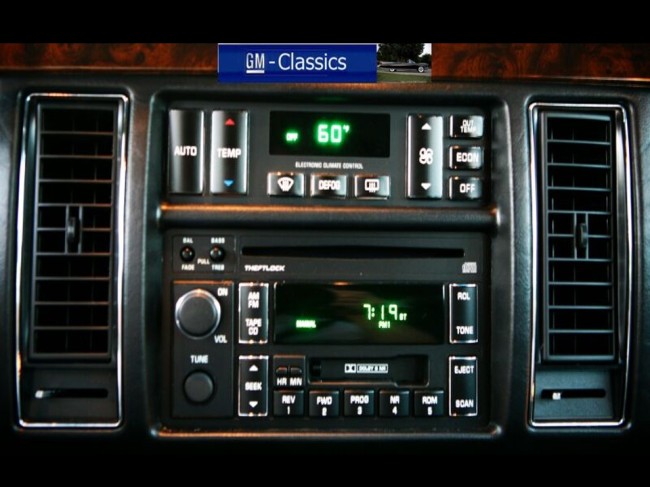 The Brougham historically was always the most luxurious owner-driven Cadillac sedan. With an all-new design, the Cadillac Fleetwood was the new age luxury sedan and an impressive new choice in traditional luxury. They were equipped with powerful 5.7 litre V8 engines, Traction Control, Bosch ABS-5 anti-lock brakes, Electronic Variable-assist power steering, and an automatic 4-speed transmission with torque converter clutch and overdrive, all standard.

Cadillac perks included the Gold Key Delivery 4-year/50,000 mile warranty with no deductible and courtesy transportation, Cadillac’s 24/7 roadside assistance program, and the peace of mind knowing you were driving one of the finest automobiles in the world. The Cadillac showrooms were never the same after the formidable Fleetwood’s departure. The limousine and professional car makers chose the 1993-1996 Fleetwood over all other brands.

The Fleetwood Series were the cars that alerted the world to Cadillac’s prowess. It was the formidable Fleetwood-bodied Cadillacs that augmented the model line-up annually as the essence of the brand….the epitome of luxury and presence. A Cadillac Fleetwood had the poised dignity that was the hallmark of every Cadillac. This was the final salute to the Series that put Cadillac on the map….In Loving Memory of “The Standard of the World.” This was the final chapter in the Fleetwood Legend in the continuing saga of “As the Standard of the World turns.” 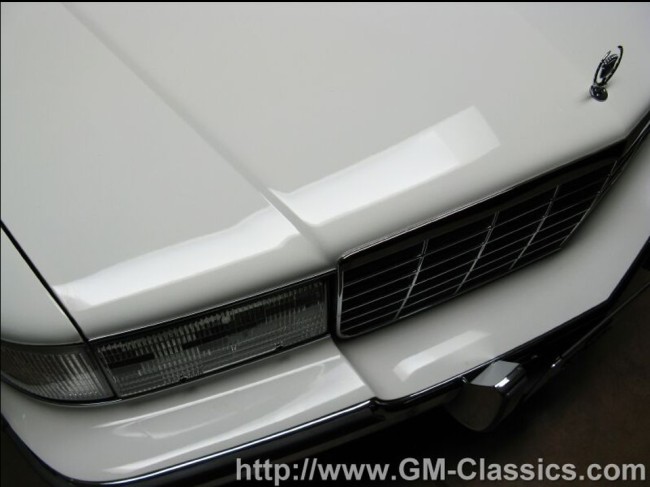 Thank you Matt Garret for the use of your archives

These are the last of the full-size Cadillacs…..