………The only way to travel was 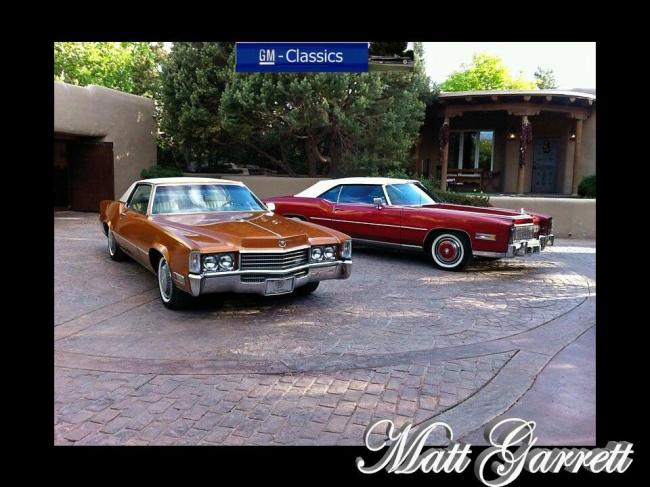 The world’s finest personal luxury car without conjecture was the Cadillac Fleetwood Eldorado for 1970, Long, low-slung and unmistakably the “Standard of the World.” Cadillac’s exclusive 8.2 litre 500 cubic inch V8 was introduced for this masterful motorcar. The combination of front-wheel drive, Automatic Level Control, and variable ratio power steering made the 1970 Fleetwood Eldorado world-class. The poised dignity, hallmark of every Cadillac was expressed no more magnificently than this supreme achievement in motoring.

The exciting news for the “Standard of the World” was the all-new 8.2 litre 500 CID 16-valve OHV V8 engine. It was the largest engine to power a passenger production car in the world. You-GO Cadillac! This massively powerful V8 produced an astounding 400 hp @ 4,400 rpm packin’ the prolific punch with 746 Nm of peak torque @ 3,000 rpm. These were REAL fire-breathing Cadillacs, and remember too; this was PRE-avarice with OPEC so America was still ridin’ high.

The engine was equipped with a Rochester 4MV 4-bbl down-draft Quadrajet carburetor with equalized manifold, mechanical fuel pump, dry-type air filter, improved automatic choke, and a controlled combustion system to reduce exhaust hydrocarbons. This formidable V8 sprinted from 0-60 mph in 7.6 seconds, 0-100 mph in 20.5 seconds, and had a top speed of 126 mph. It did the ¼ mile @ 89 mph in 15.6 seconds. The engine was mated to GM’s Turbo Hydra-Matic THM 425 3-speed automatic transmission. What a way to travel Cadillac style in the spirited seventies.

The 1970 Fleetwood Eldorado coupe was built as body on frame crafted completely by Fleetwood. It used a special fully boxed perimeter frame designed for its front wheel drive protocol. The Eldorado rode on a long 120” wheelbase and had the luxury length of 221”. It was 79.8” wide. It used a special front suspension with torsion bar to work with the drive wheels. Its rear had single leaf springs with two horizontal and two vertical shock absorbers.

Standard was Cadillac’s dual power braking system with independent front and rear operation. It was fitted with composite, finned rear drums and front disc brakes. Also standard was Cadillac’s constantly adjusting Variable Ratio Power steering. The 1970 Fleetwood Eldorado got top marks with the luxury-sport class in the personal luxury niche that it created in 1967. It was often duplicated but not replicated. The early Eldogs were like bulls wearing a tuxedo…..it fought fiercely but managed to remain unscathed without a rip in that tuxedo either…it didn’t even soil the satin white shirt! The front-wheel drive Eldorado had the competition runnin’ scared….and I loved it!

Open the door to “Another World” inside the 1970 Fleetwood Eldorado. Flat floors provided more room to the already spacious ambience. The youthful sportiness of its interior with the comfort of deep-seated luxury alerted one to the fact that this was no ordinary car. It was purposefully built to be the finest personal luxury car in the world. There were eight color combinations available in leather. Or handsome Duplex cloth was available in six colors. Freedom of spirit and a taste for luxury was the elegant Fleetwood Eldorado for 1970. The “Gilded-One” had a base price of $6,903 (no not a typo) and Cadillac crafted 23,842 for the 1970 model year. Style code #69347 series H Fleetwood Eldorado, was the “Standard of the World” in personal luxury. 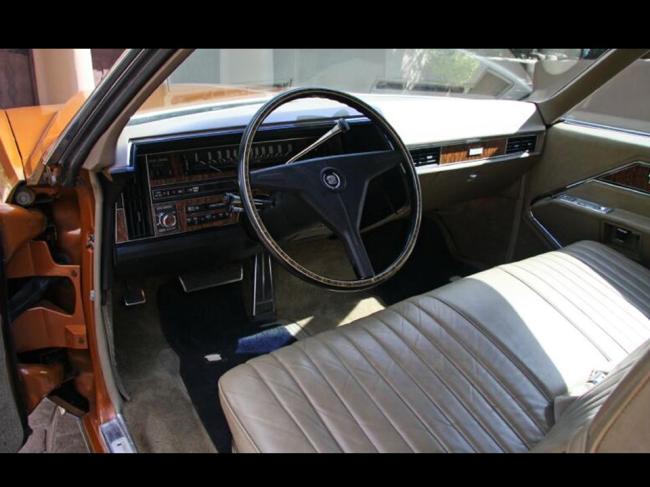 There was no more exciting way to motor in the spirited seventies than with the formidable 1970 Cadillac Fleetwood Eldorado coupe. With front-wheel drive, Automatic Level Control, and Variable Ratio Power steering all standard, the Eldorado was a most unique expression of Cadillac luxury and elegance. The newly designed 500 cubic inch V8 delivered 400 horses which was astonishing for a luxury car – The 1970 Cadillac Fleetwood Eldorado was another sparkling example in the continuing saga of “As the Standard of the World Turns.” Will there ever be another “Standard of the World?”

Special thanks to Matt Garrett/GM Classics for the photos

The “Standard of the World” in personal luxury