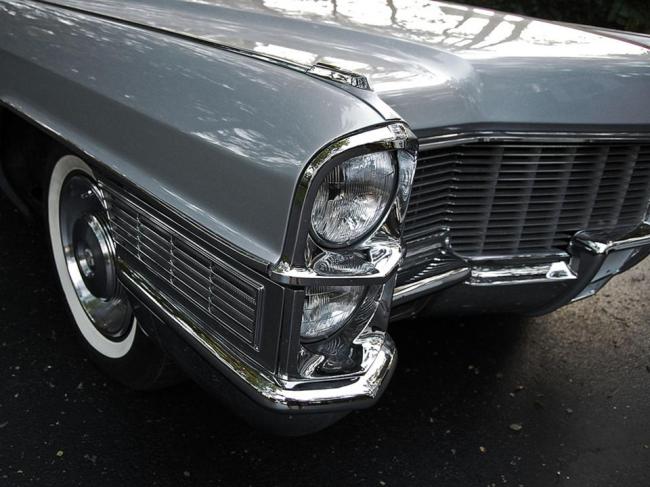 The iconic Cadillac tail fin was gone forever with the completely redesigned 1965 model year. The “Standard of the World” now wore a completely new and contemporary architecture. It was understated elegance on the grand Cadillac scale. The new standard of excellence was longer, lower, and sleeker than any design from Cadillac’s illustrious heritage. This tasteful new design was stripped of unnecessary chrome trim for a more refined elegance. The bodyshell was completely new yet unmistakably Cadillac. 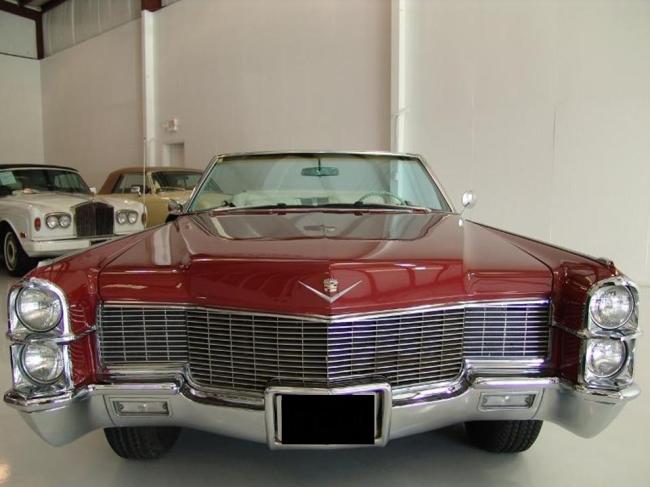 The 1965 Cadillac DeVille convertible retained its youthful zest in spirit and design. The look had more profound, distinct, bodylines replacing the classic rounded design. The rear had a totally new appeal with just a hint of the tail fin disappearing into the bodylines anonymously. It was the most dramatic re-style in sixteen years. The fresh new front end styling showcased vertical stacked headlamps augmented by a wide mesh grille and front fenders now separate from the hood’s design flowing past the car making an authoritative statement. The 1965 Cadillacs retained the poised dignity that was the hallmark of every Cadillac. Its remarkable styling was elegant, majestic, and impressive as never before. The 1965 Cadillac was at the time the most distinctive in Cadillac history. The “Standard of the World” gave the automotive world another rolling masterpiece from the master craftsmen. 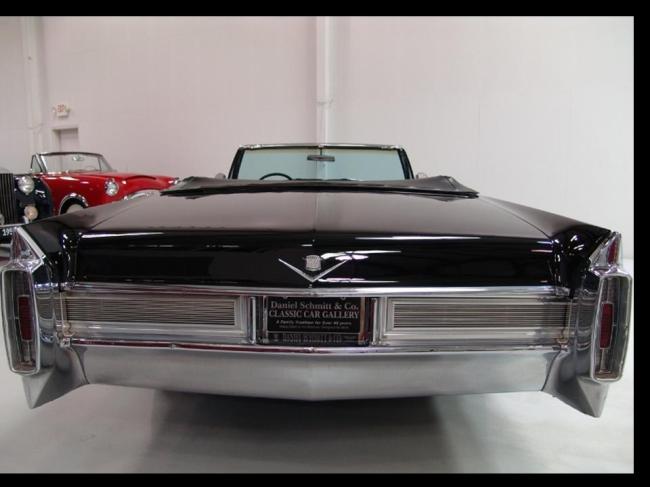 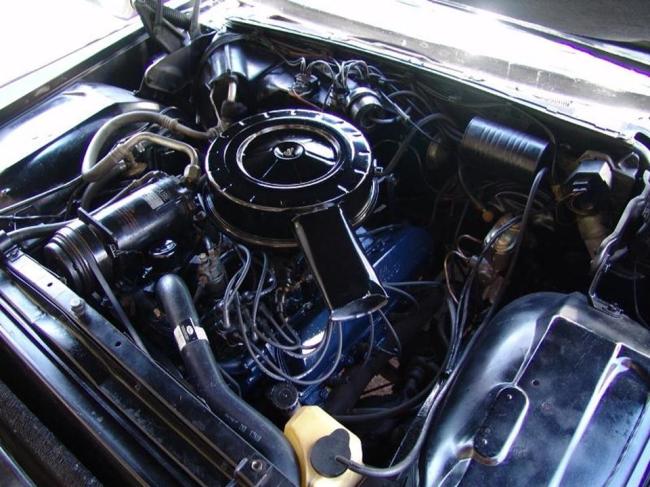 The 1965 DeVille convertible rode on a long 129.5” wheelbase, was 224” in length, and 79.9” in width. Cadillac’s True Center driveline incorporated a new one-piece propeller shaft with two constant velocity joints which added to the car’s quietness and reduced vibration. It was the “Standard of the World” in rugged dependability. The 1965 Cadillac DeVille was designed as a convertible, as all Cadillac convertibles, with a lower center of gravity important to a convertible’s integrity. There’s more to a convertible than merely snipping off the roof. Harmonic resonance can destroy a car that had an improper ragtop conversion. 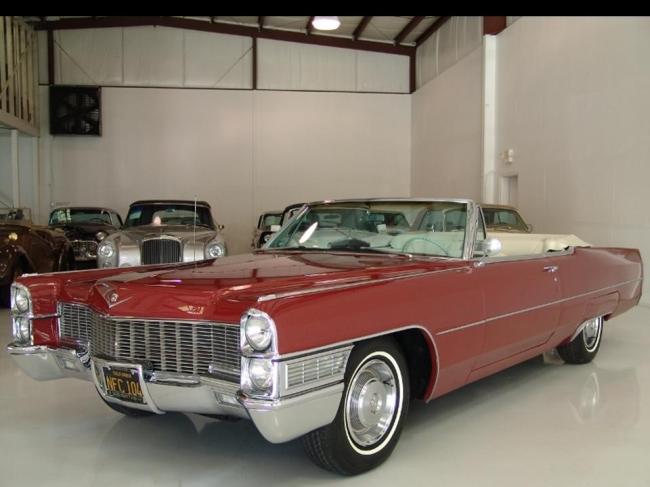 The 1965 Cadillac DeVille convertible was upholstered in luxurious leather by Fleetwood. The seat cushions and seat backs featured contours for extra comfort. The DeVille interior was available in eleven color combinations. For a more sophisticated touring car flair, buckets seats with a locking center console were optional at extra cost. Standard equipment for the DeVille convertible featured a fully automatic power fabric folding roof, power windows, power seat, power steering and brakes, Turbo Hydra-Matic automatic transmission, cornering lamps, a folding front center armrest, and a host of comfort and convenience features that would take an hour to read. Cadillac was the “Standard of the World” in bespoke luxury. 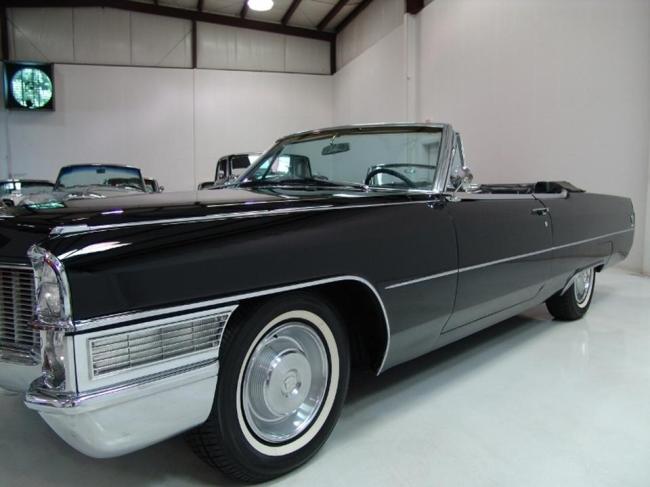 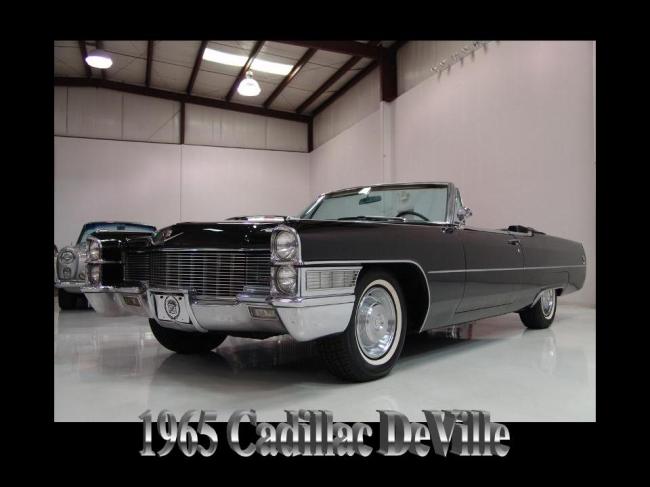 The 1965 Cadillac DeVille convertible is still in demand. It retails for around $21,662 per Haggerty.com. With its spectacular re-design, the 1965 DeVille convertible’s architecture was elegance on the grand Cadillac scale. It was the most dramatic re-style in sixteen years. The styling was elegant, majestic, and extremely impressive, and at the time, the most distinctive Cadillac in the history of the brand. The 1965 Cadillacs were powered by the Cadillac 340 hp 429 CID V8 engine, which always had power in reserve. Luxuriously appointed, remarkably designed, and youthfully spirited, the 1965 Cadillac DeVille convertible was another fine luxury car from the “Standard of the World” that will live on forever. Cadillac was elegance and technology in motion……will they ever be again? Whatever happened to Cadillac? 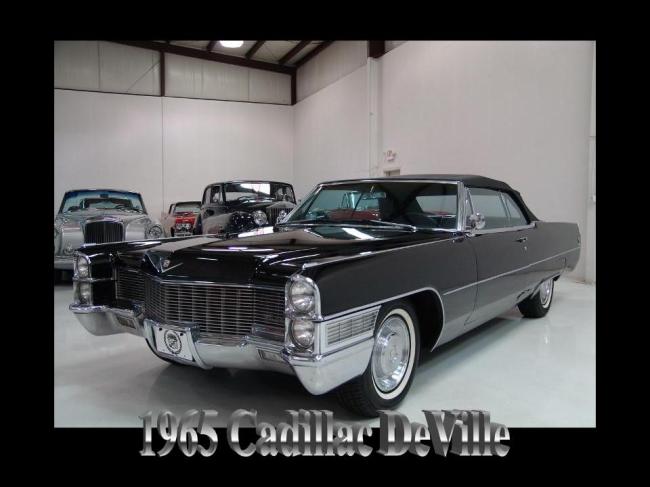