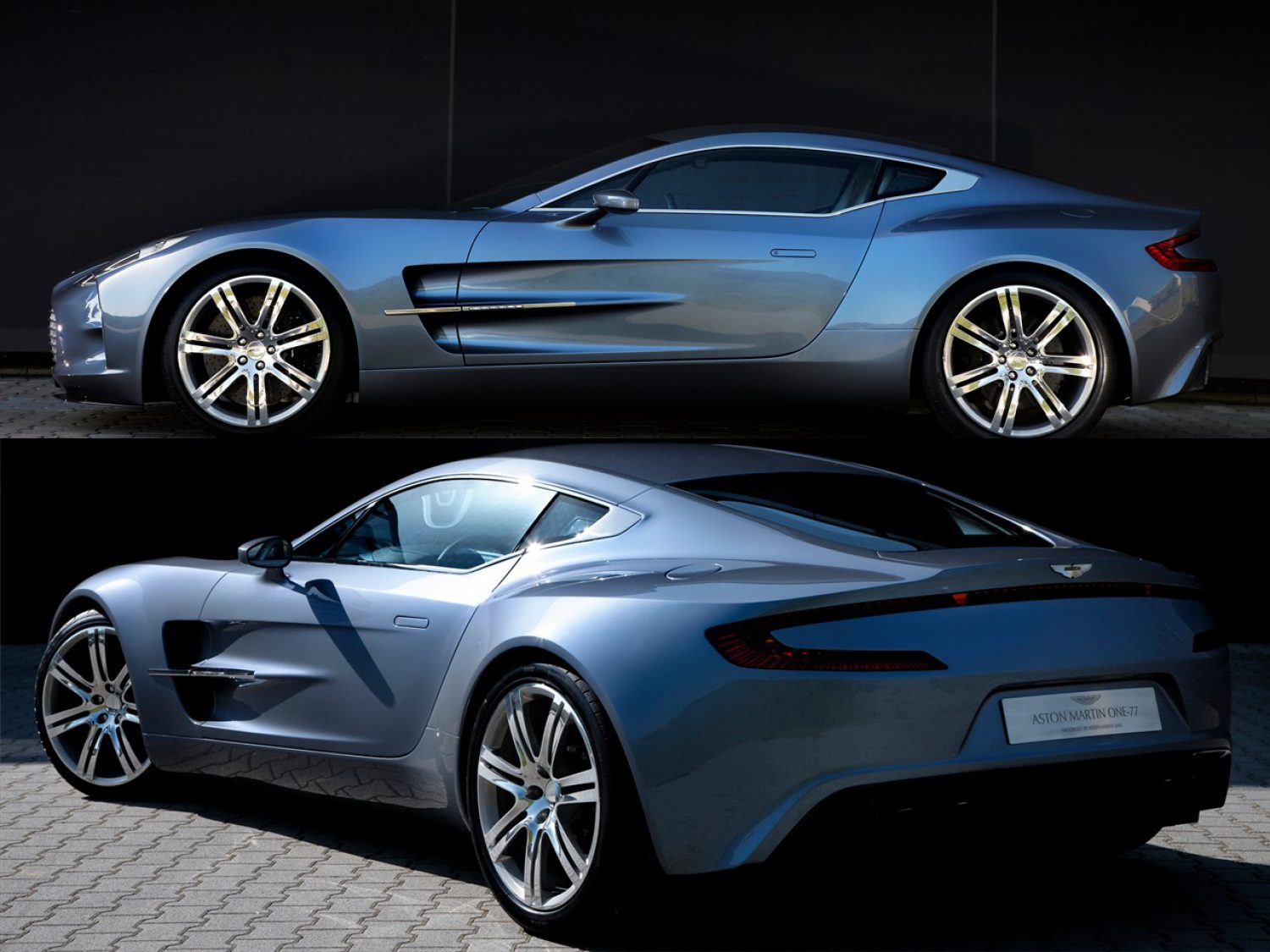 A traditional Cadillac represents the ultimate expression of achievement. This iconic status symbol identified its owner as one who appreciates the finer things in life. The legend became a lifestyle. The bigger the bank account…the bigger the Cadillac motorcar. The Arab Oil Embargo of the Nineteen Seventies put a serious crimp in crude oil pricing. It forced Cadillac designers to re-think their offerings.

The “City-block long/Half city-block wide” luxury land yacht’s days were numbered. 1976 is the finale of the DeVille, Calais, and Fleetwood series as full-size motorcars. This was the final opportunity to buy a brand-new full-size Cadillac. NotoriousLuxury brings them back into the spotlight…in the continuing saga of “As the Standard of the World Turns.”

By the 1976 model year, DeVille, Calais, and Fleetwood (excluding Eldorado) had reached their largest overall dimensions. Cadillac stylists cleverly trimmed away the excess beginning the 1971 model year thru 1976 models; yet they remained true to form retaining traditional specifications with length, width, and wheelbase metrics. Cadillac stylists were grooming its clientele for the next generation of the luxury car which would debut in 1977. There was a total of 309,139 1976 Cadillac built. 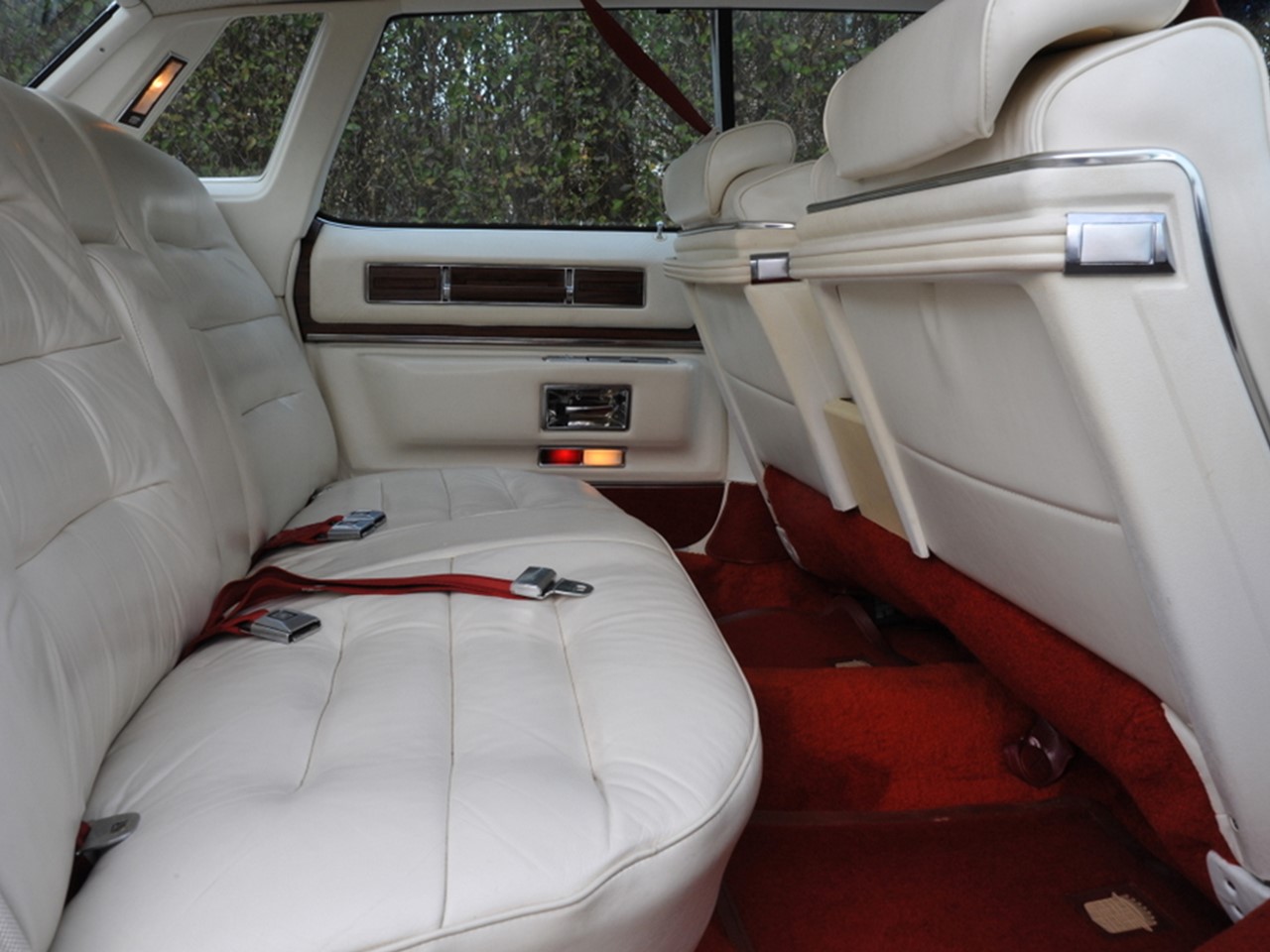 The 1976 model year offered five distinctive wheelbases plus a commercial chassis. Cadillac had the luxury of choice with 10 models in four series. Once again…it was the illustrious DeVille series that outsold every model building a total of 182,159 units. 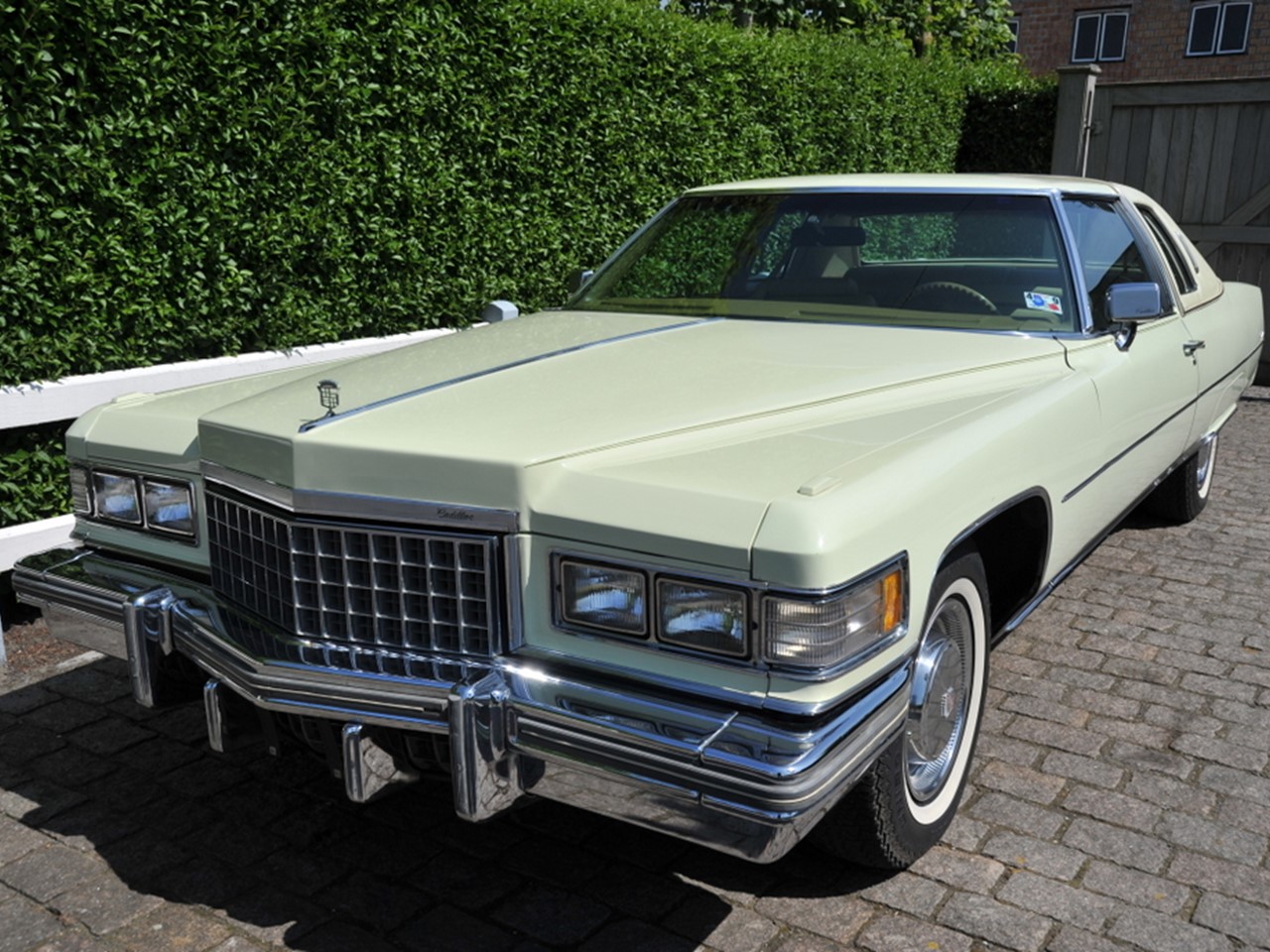 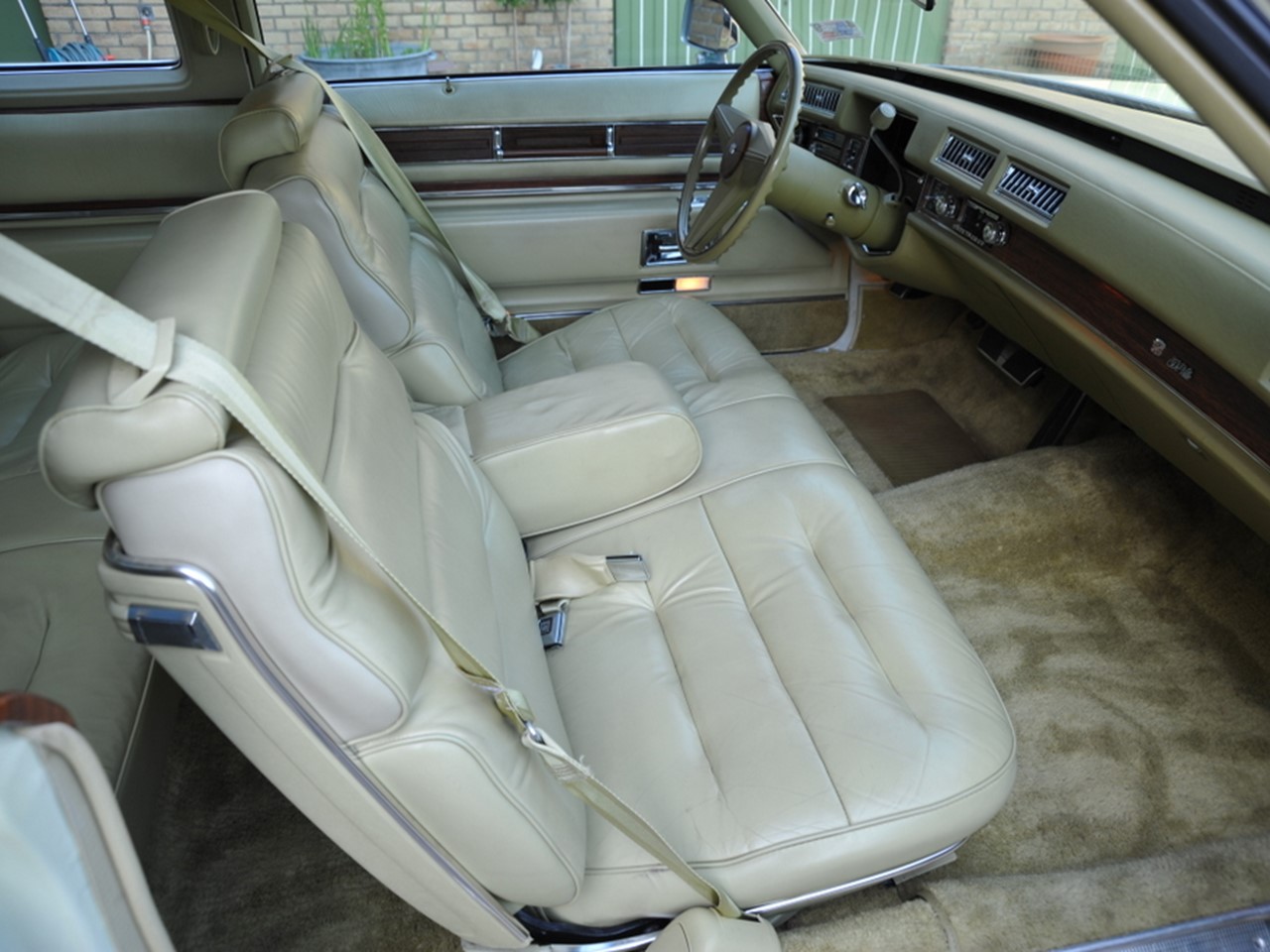 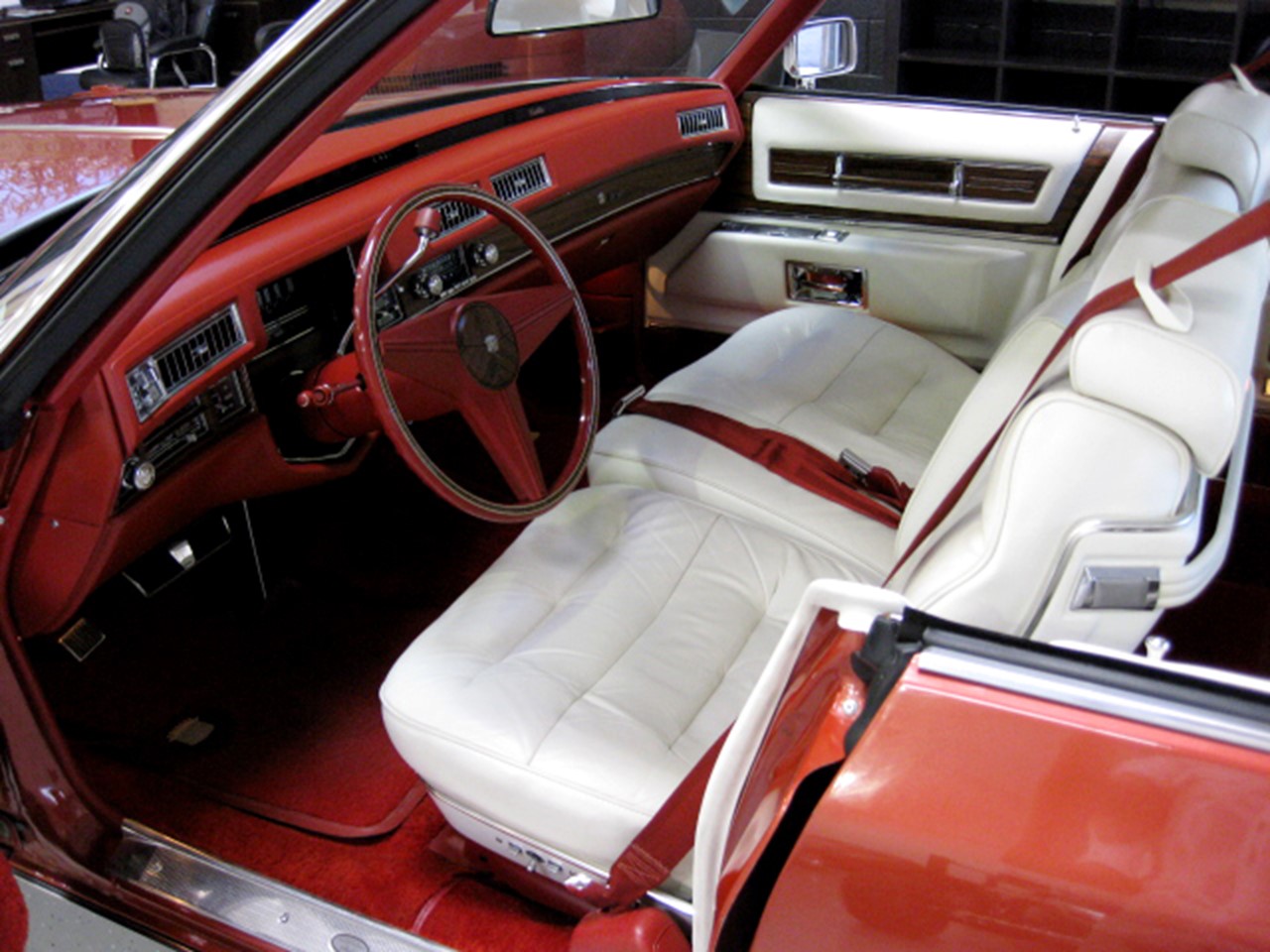 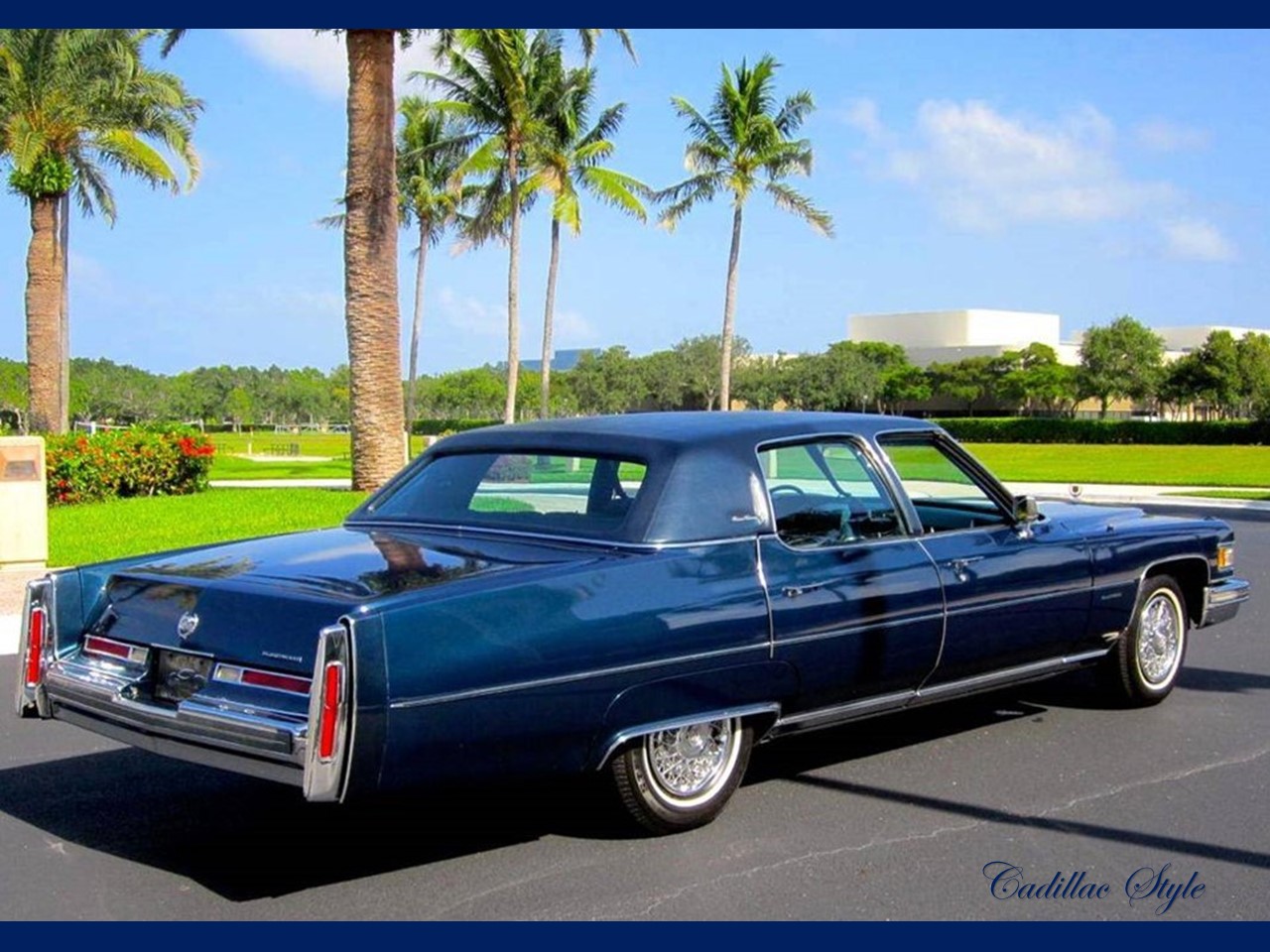 Option #V4U Fleetwood Talisman added $1,813 to the base price. 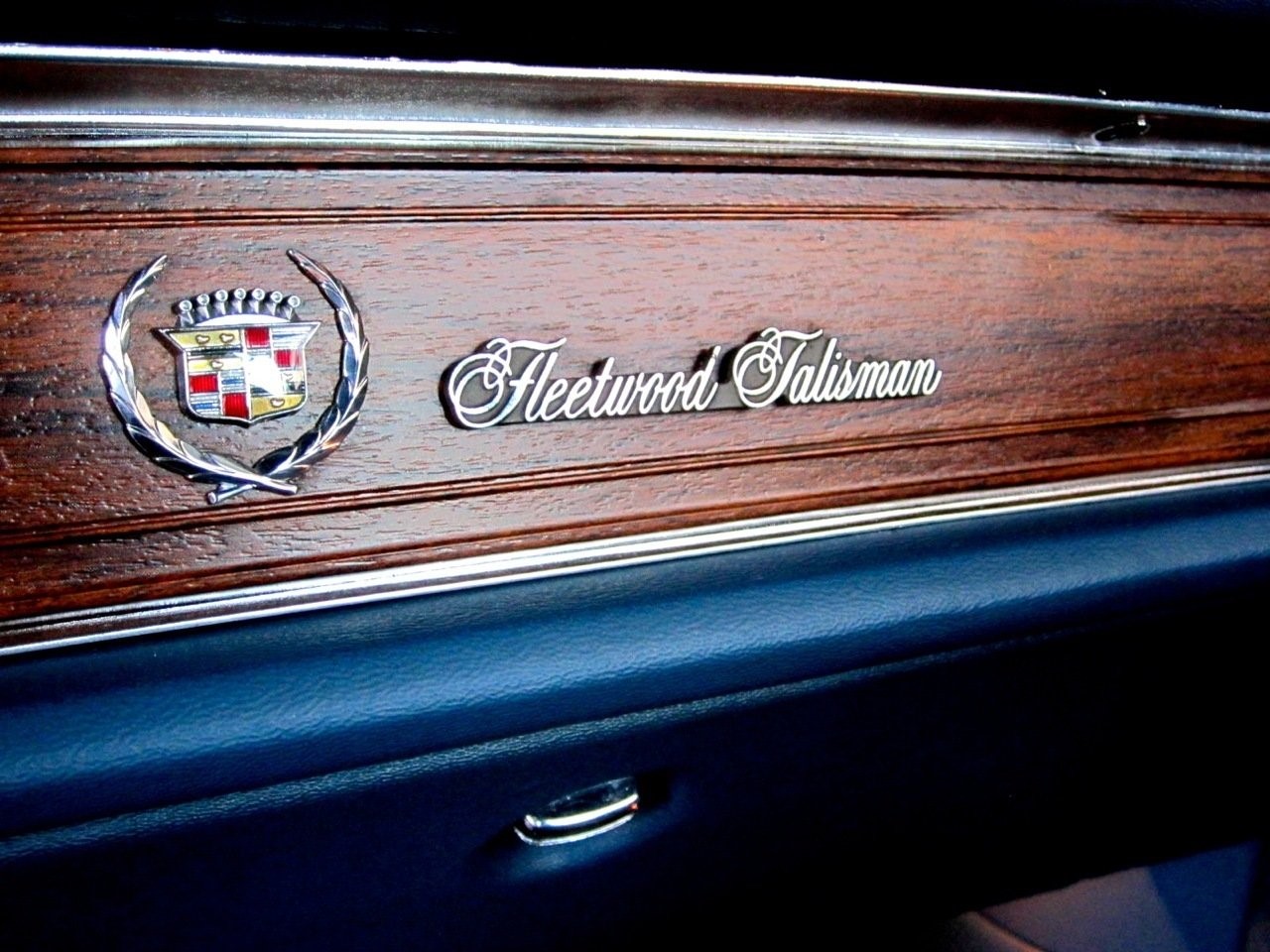 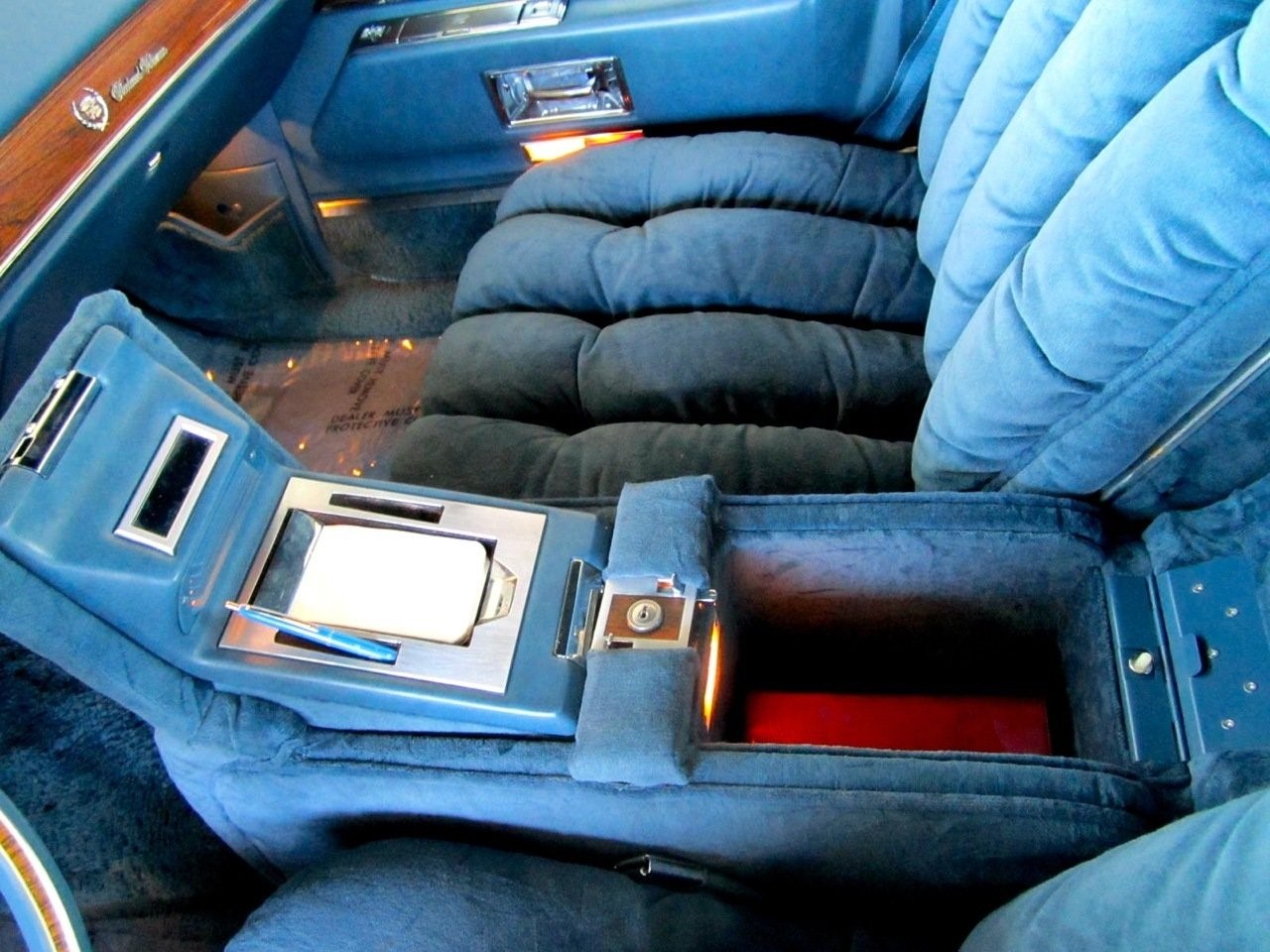 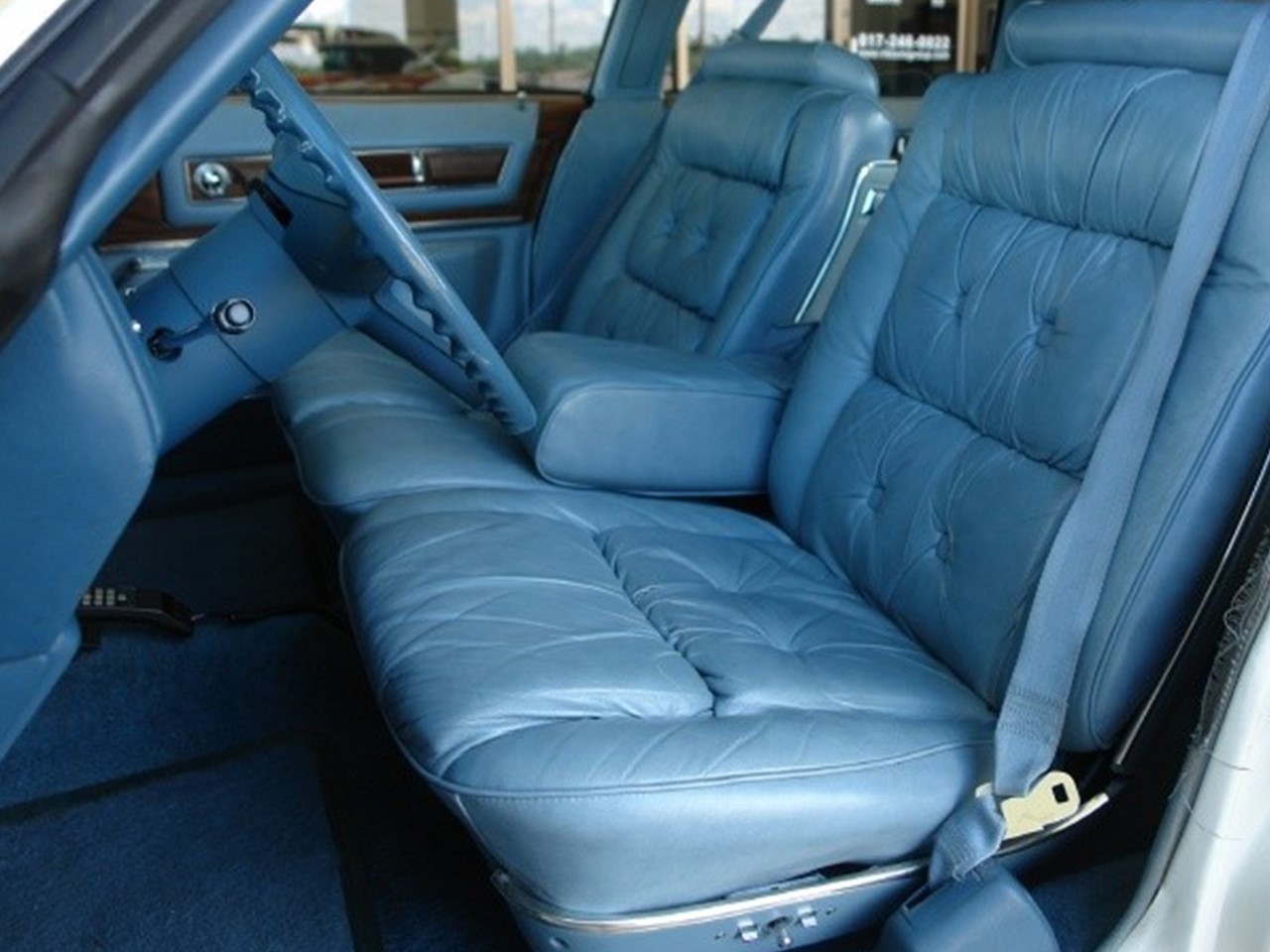 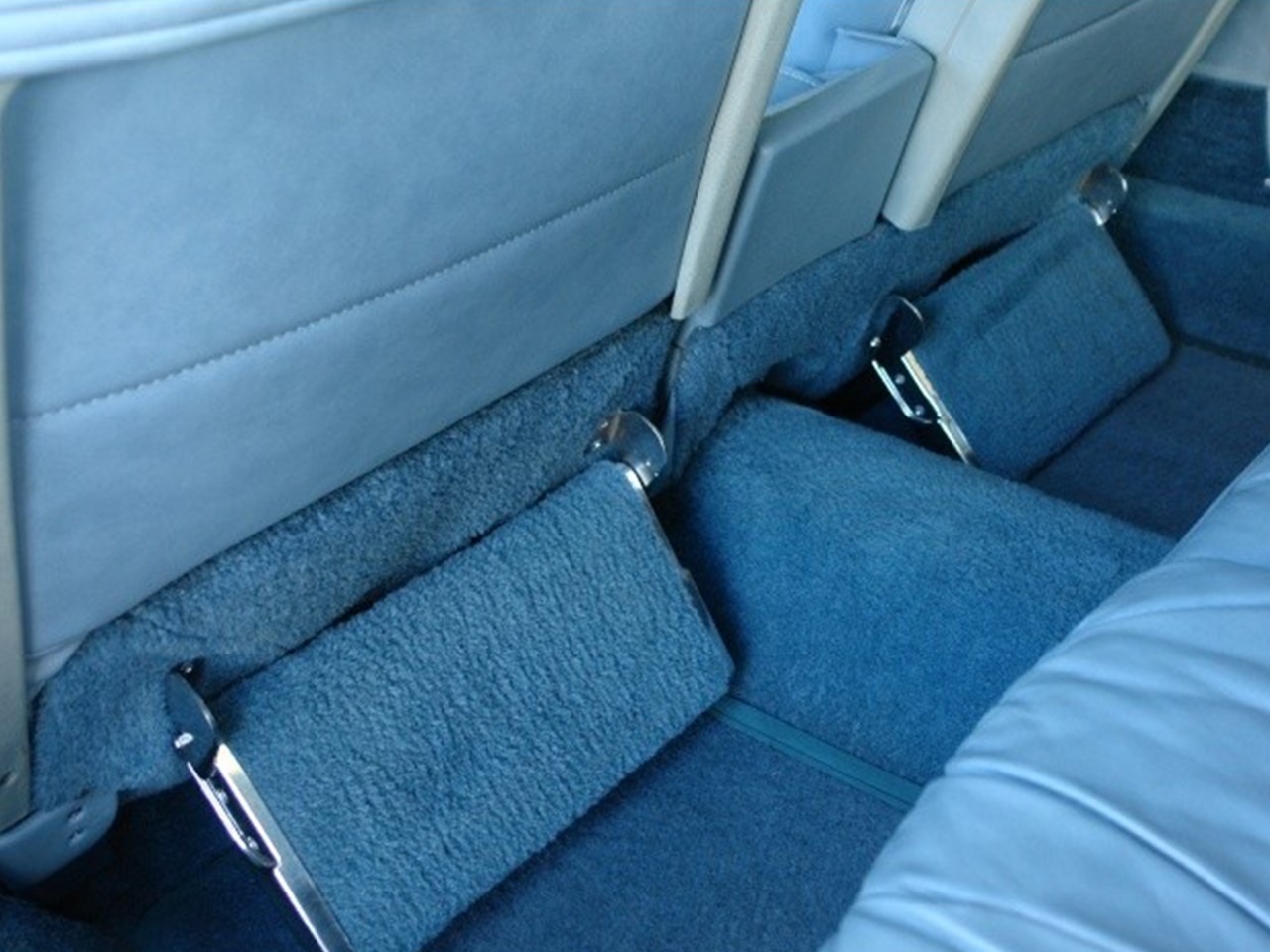 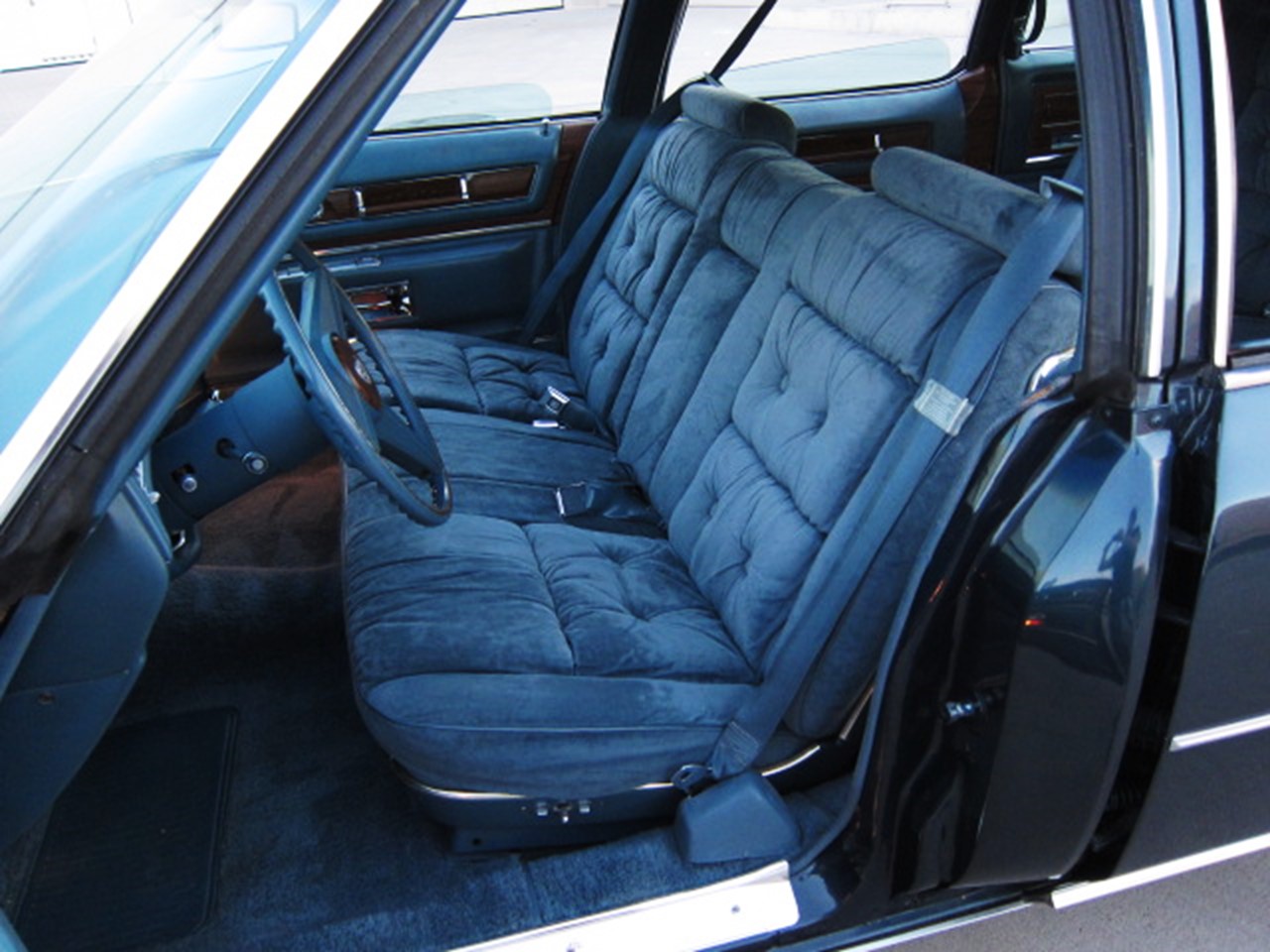 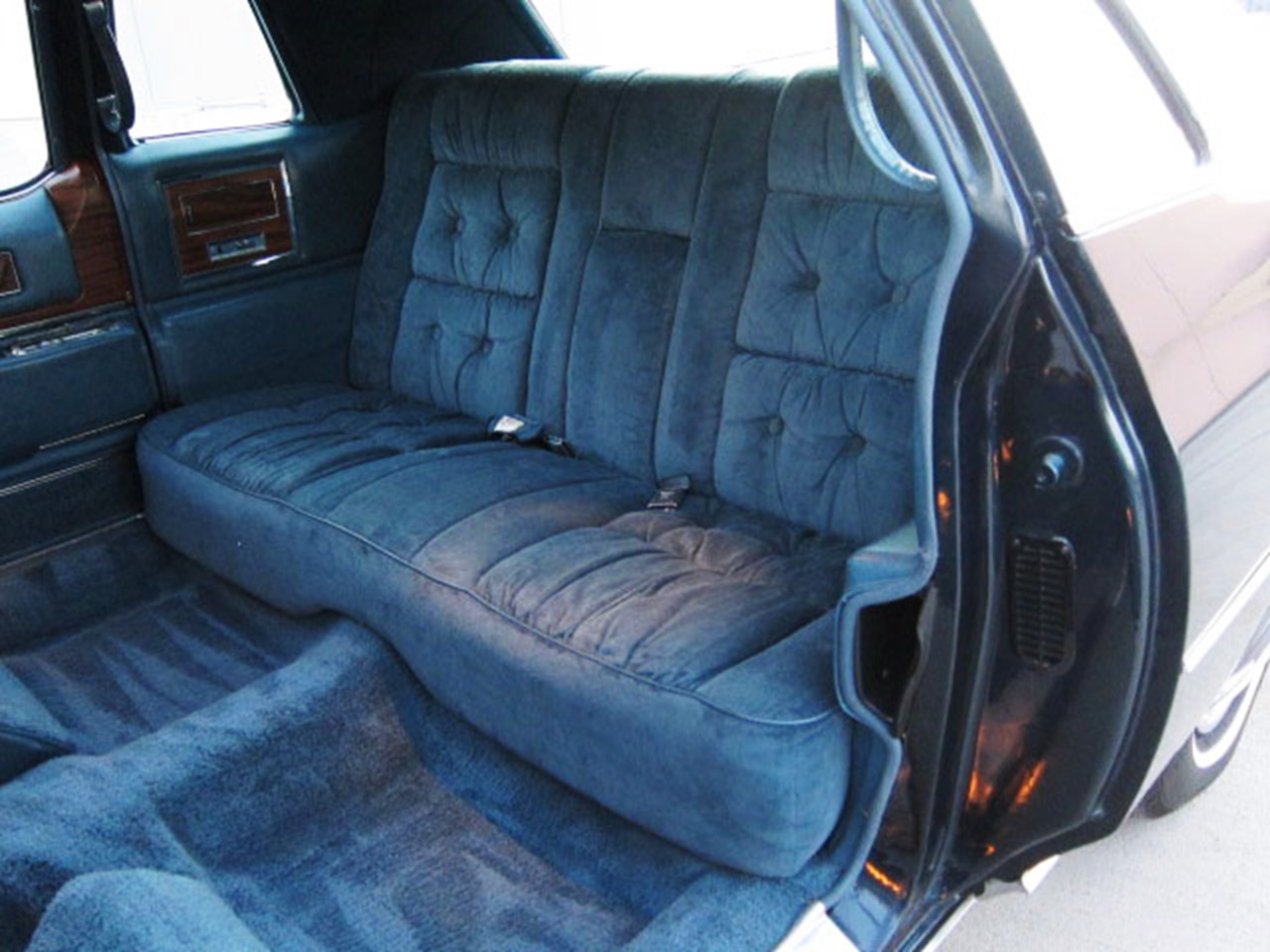 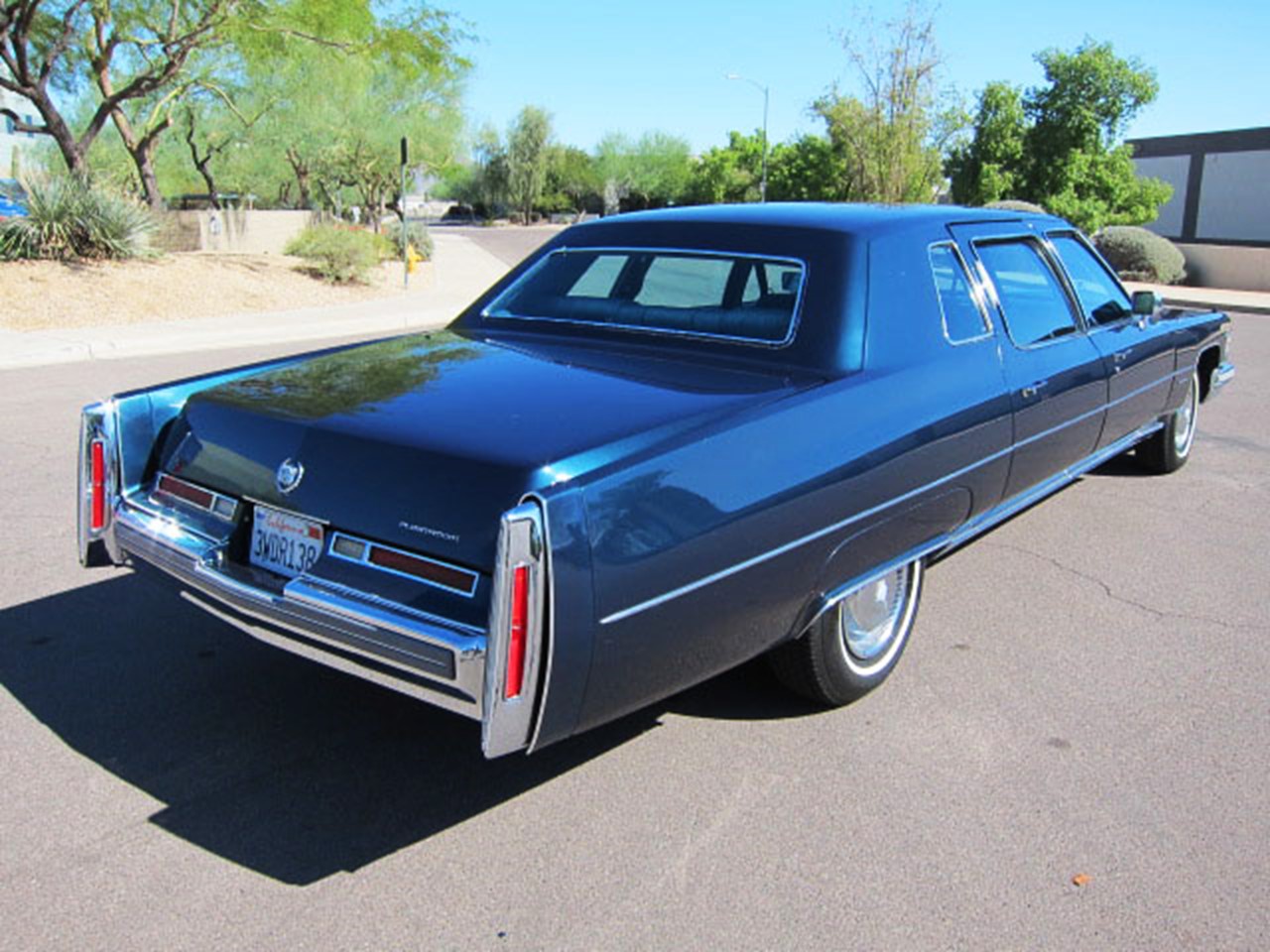 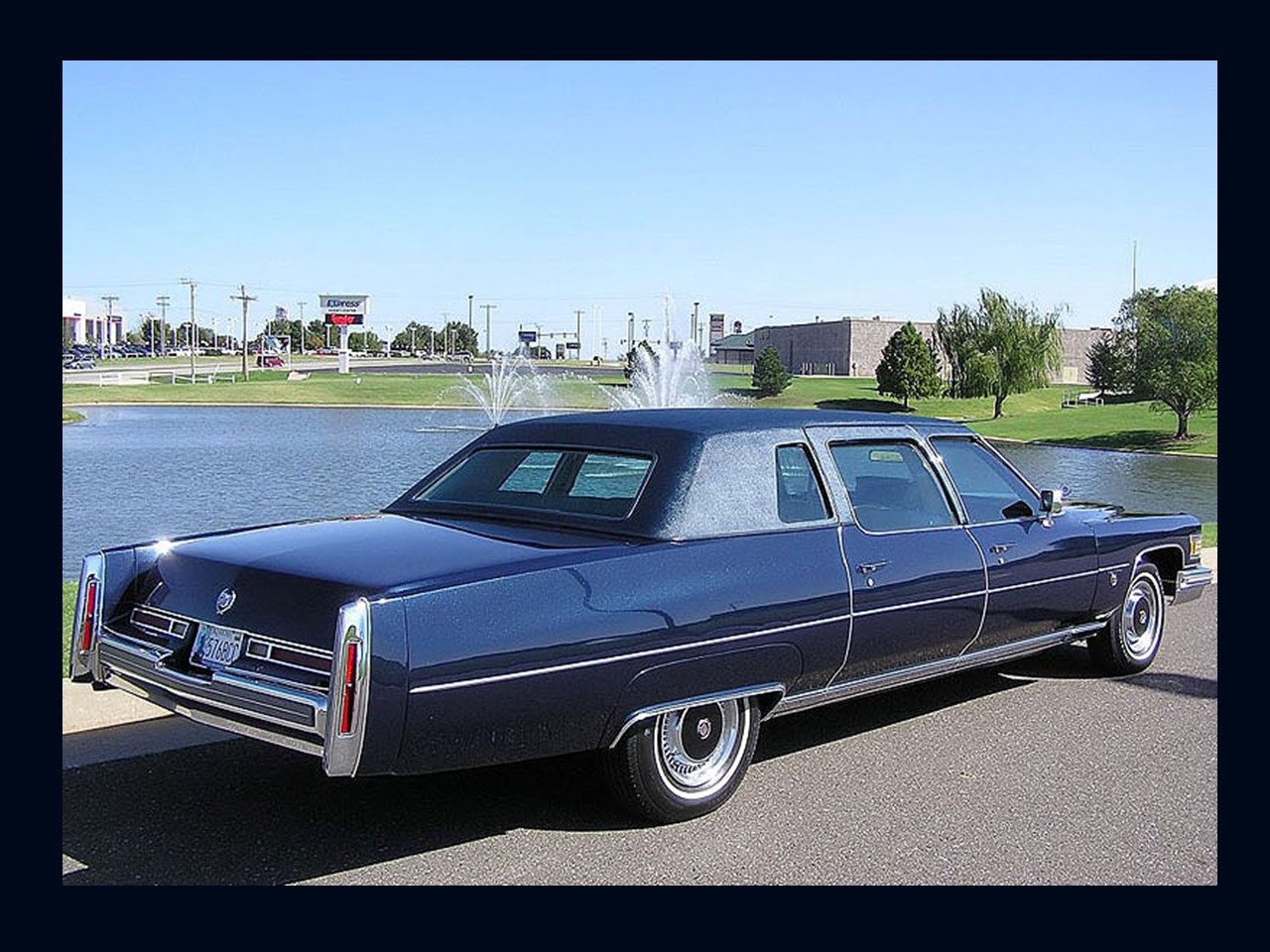 Model # 6D F33 Fleetwood Series Seventy-Five limousine had a base price of $15,239 and only 834 were built. This model is the formal limousine with sliding glass division. There are 1,509 Model # 6D Z90 commercial chassis to accommodate ambulance and hearse coachbuilt conversions. 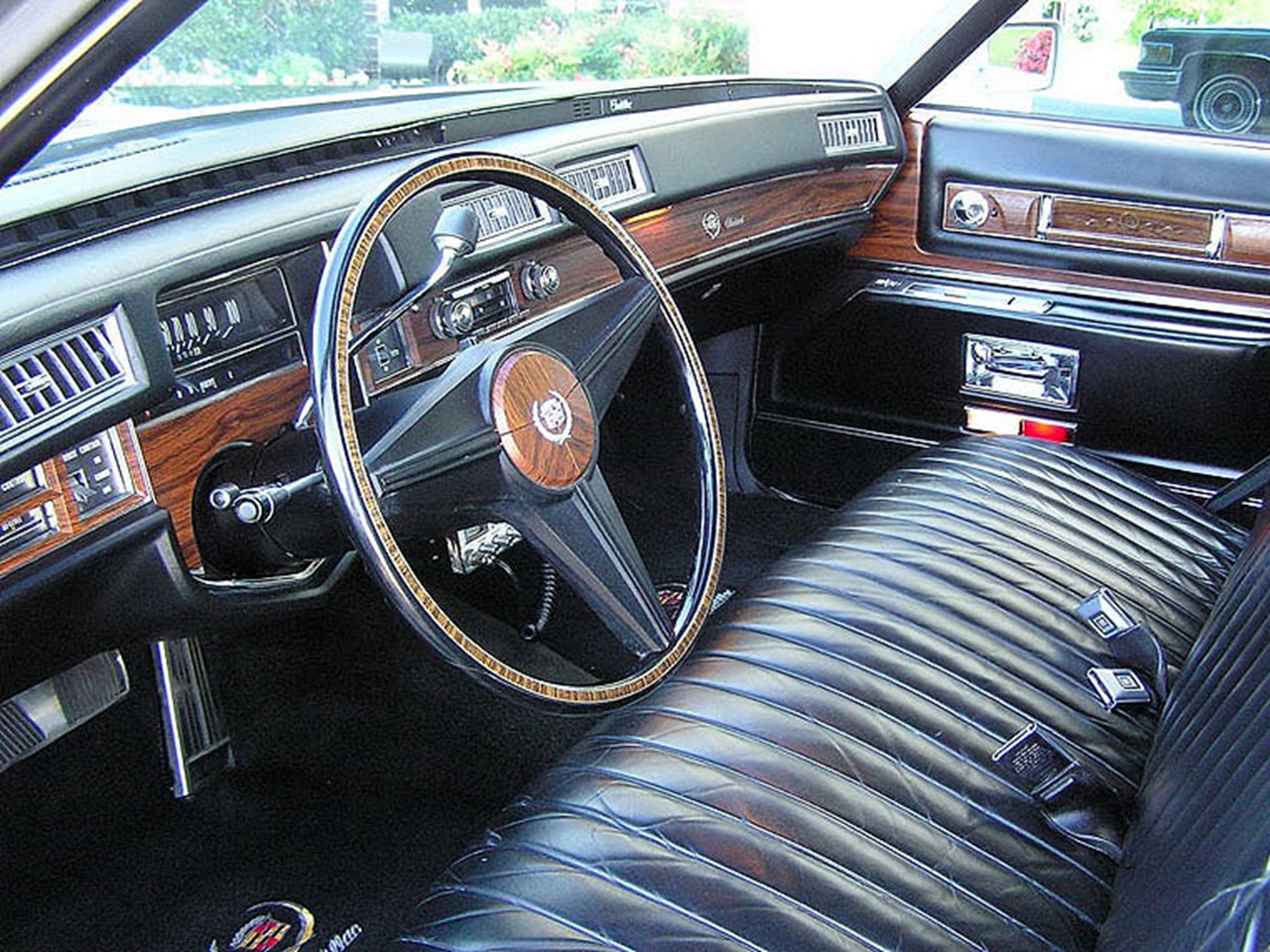 The chauffeur’s compartment in the formal limousine is upholstered in leather. The two compartments are divided with a power sliding glass division. The passenger compartment is large enough to create a rolling board room for the exec who must work as they travel. 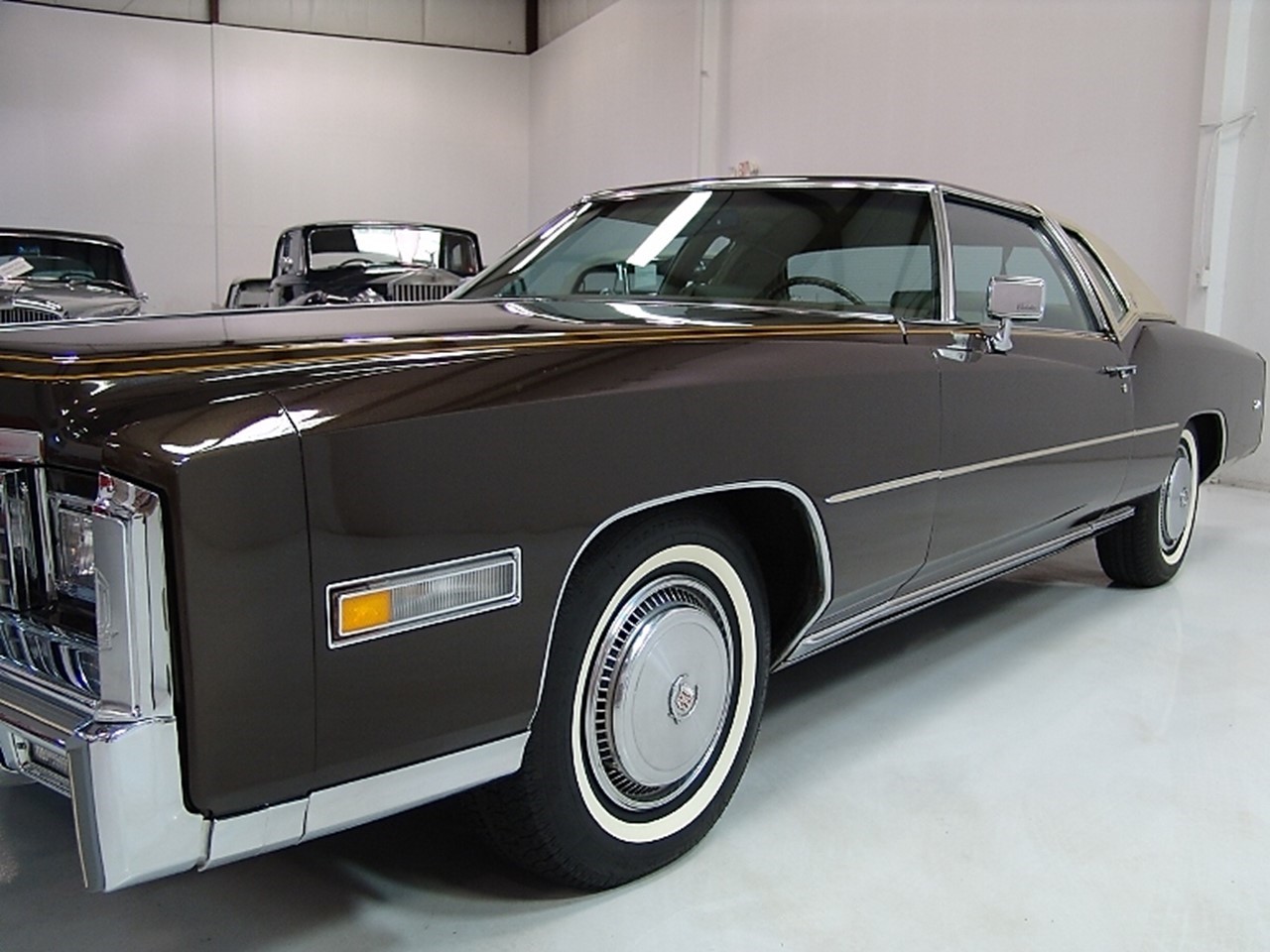 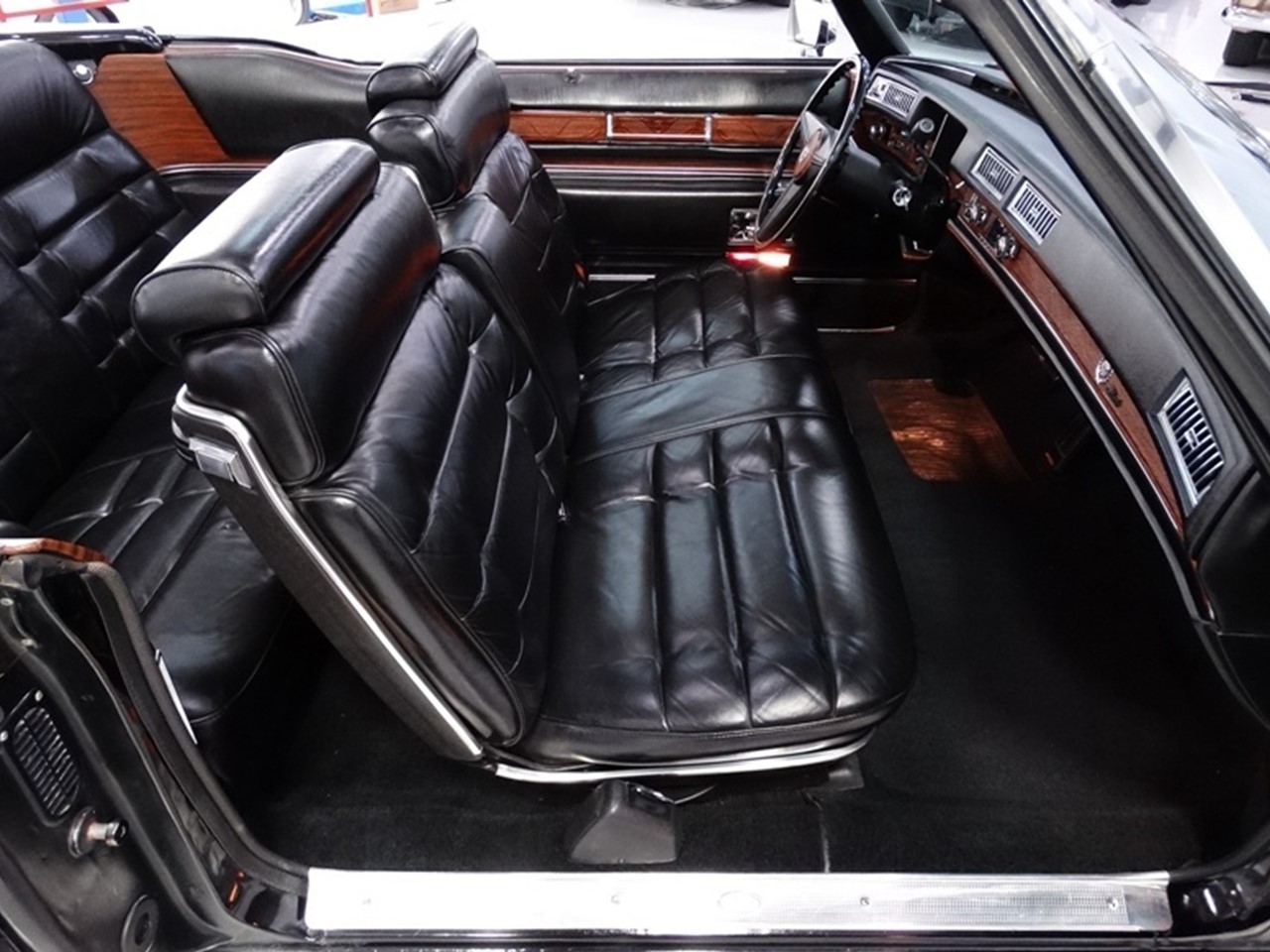 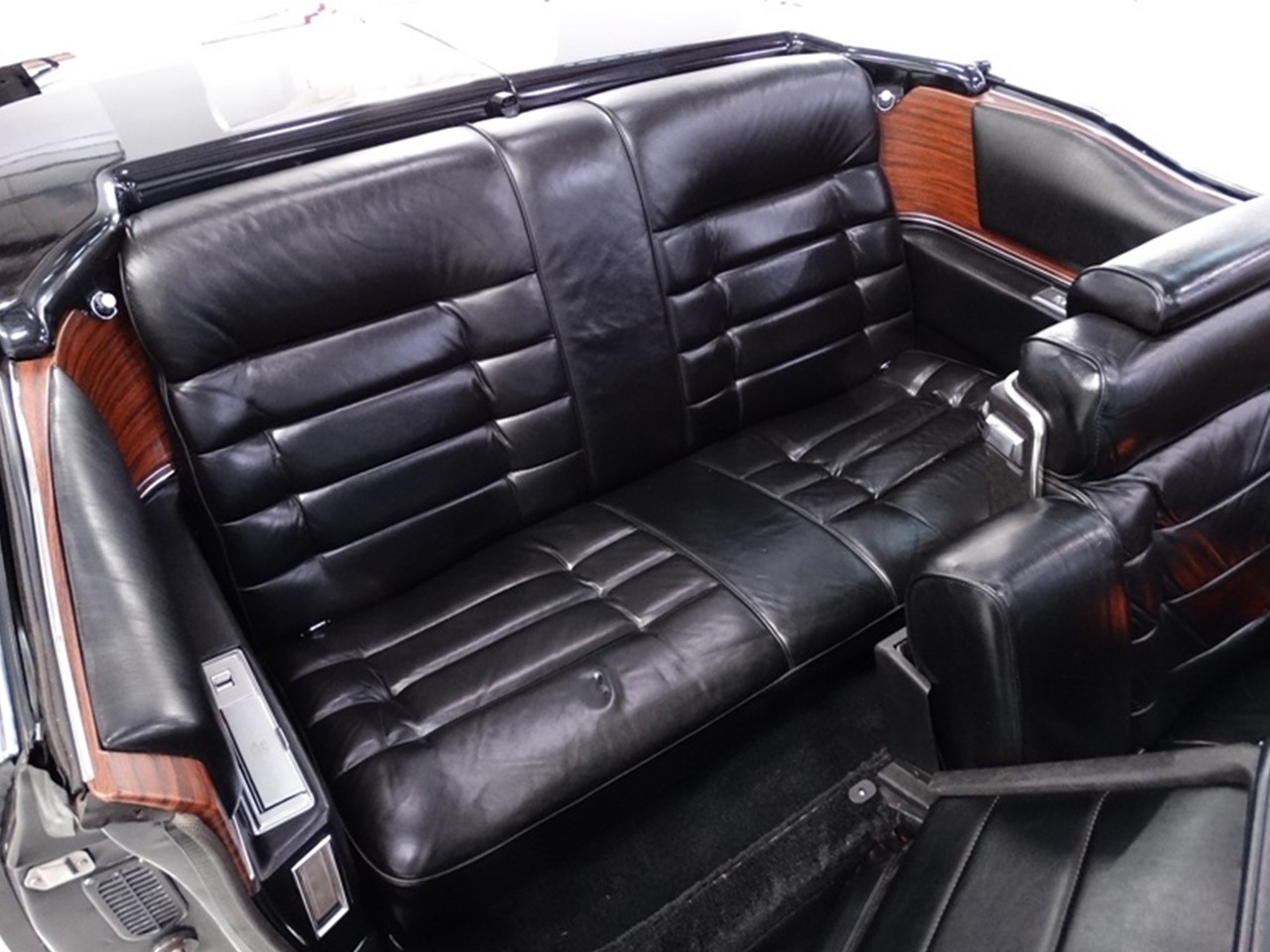 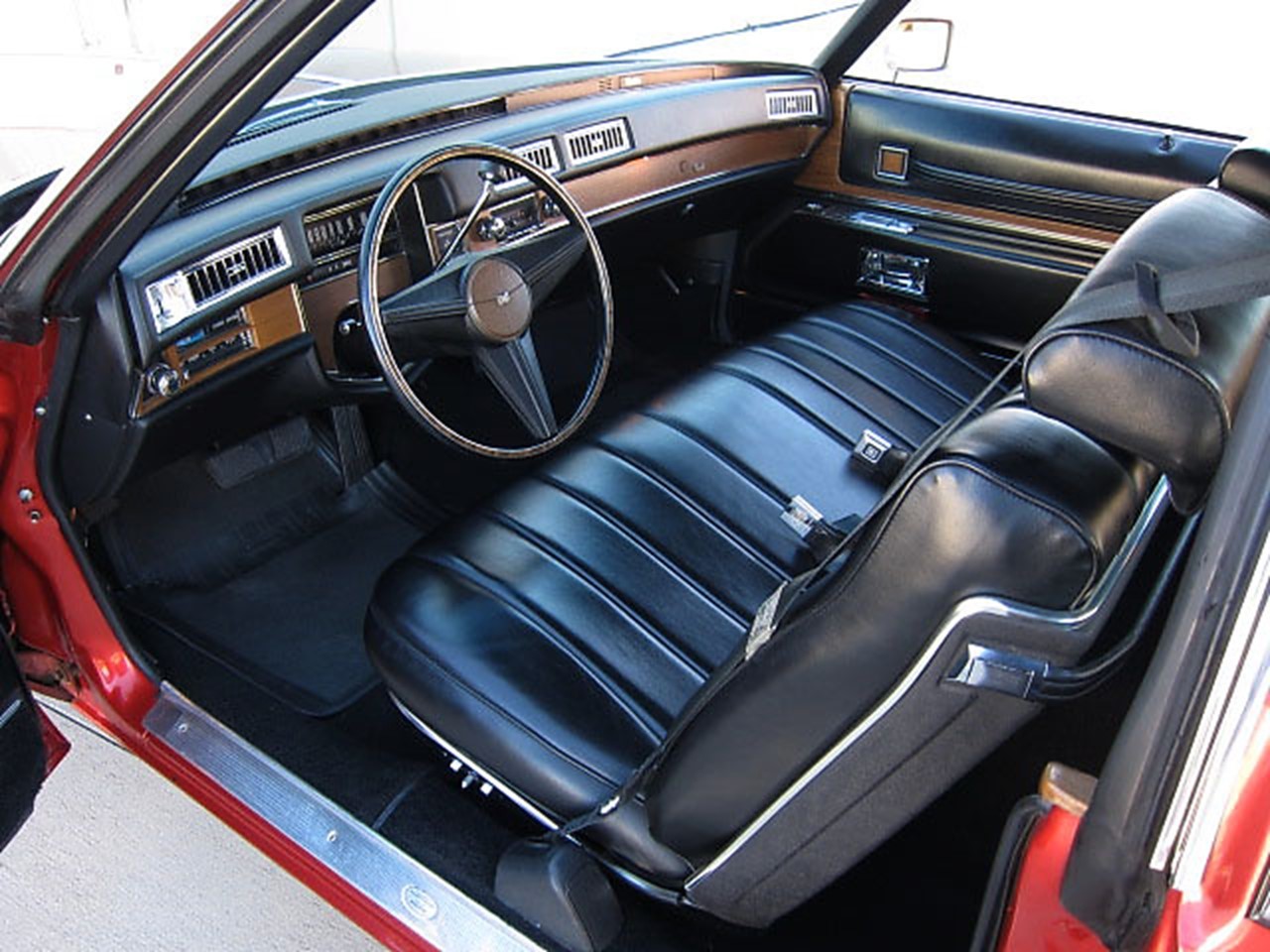 Another reason this model didn’t sell was the fact it appeared as a ‘bargain basement’ Cadillac. An expanded vinyl interior was anything but luxurious using the sew style from the 1973 Calais. The upper door and trim panels are from the 1973 DeVille. The exterior was stripped of lower stainless steel rocker moldings making this model immediately identified as the Calais series. 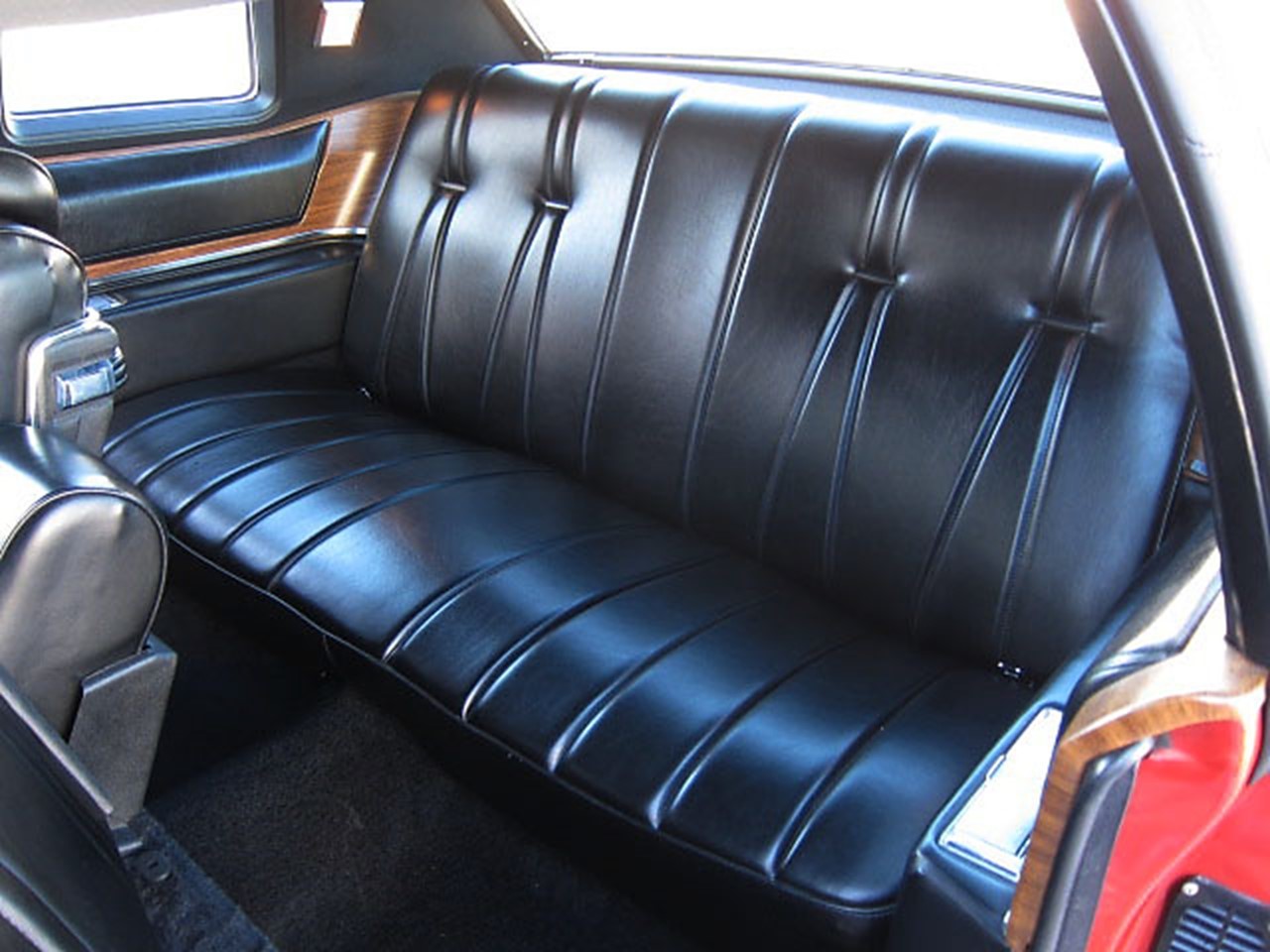 But all of those horses didn’t come cheap – when this engine debuted in the 1970 Fleetwood Eldorado it used leaded premium gasoline…it doesn’t sip it guzzles! The old 7.7 litre 472 CID V8 engine wouldn’t cooperate on regular or unleaded gasoline. When it debuted for the 1968 model year it cranked 375 hp at 4,400 rpm with 712 Nm of peak torque @ 3,000 rpm.

These both are Cadillac’s largest V8 engines ever built to power production passenger vehicles. There would be three more V8s before the end of the line for a “Cadillac-built” V8 engine. Cadillac engineered a 7.0 litre 425 CID V8 engine for the 1977-1979 model years, a 6.0 litre 368 CID V8 for 1980, and the Northstar V8 engines used through the 2011 model year. I miss the inherent balance of those humongous V8s! They are silky smooth. If you’ve never driven a traditional Cadillac – you missed the thrill of a thoroughbred American luxury automobile. 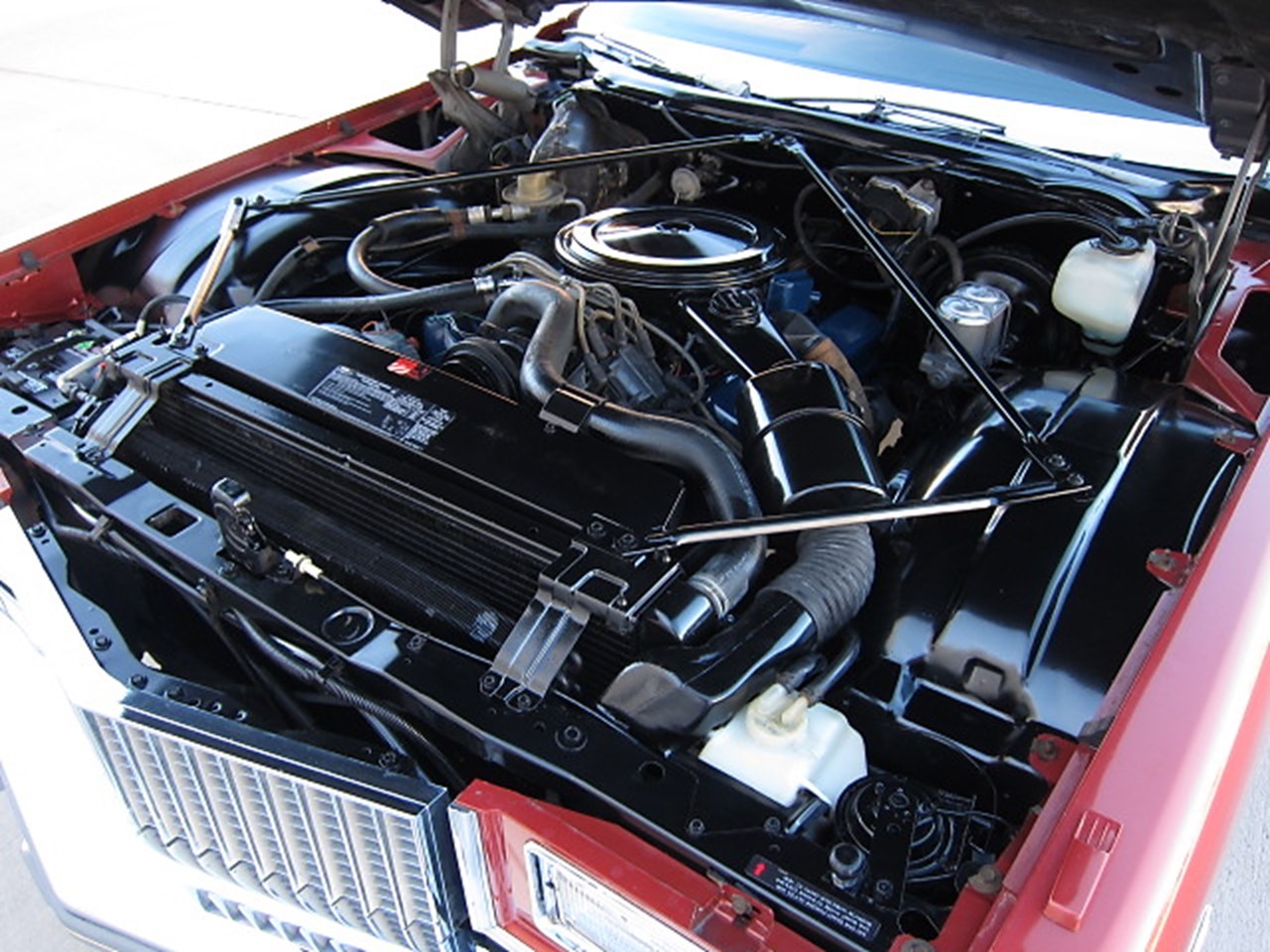 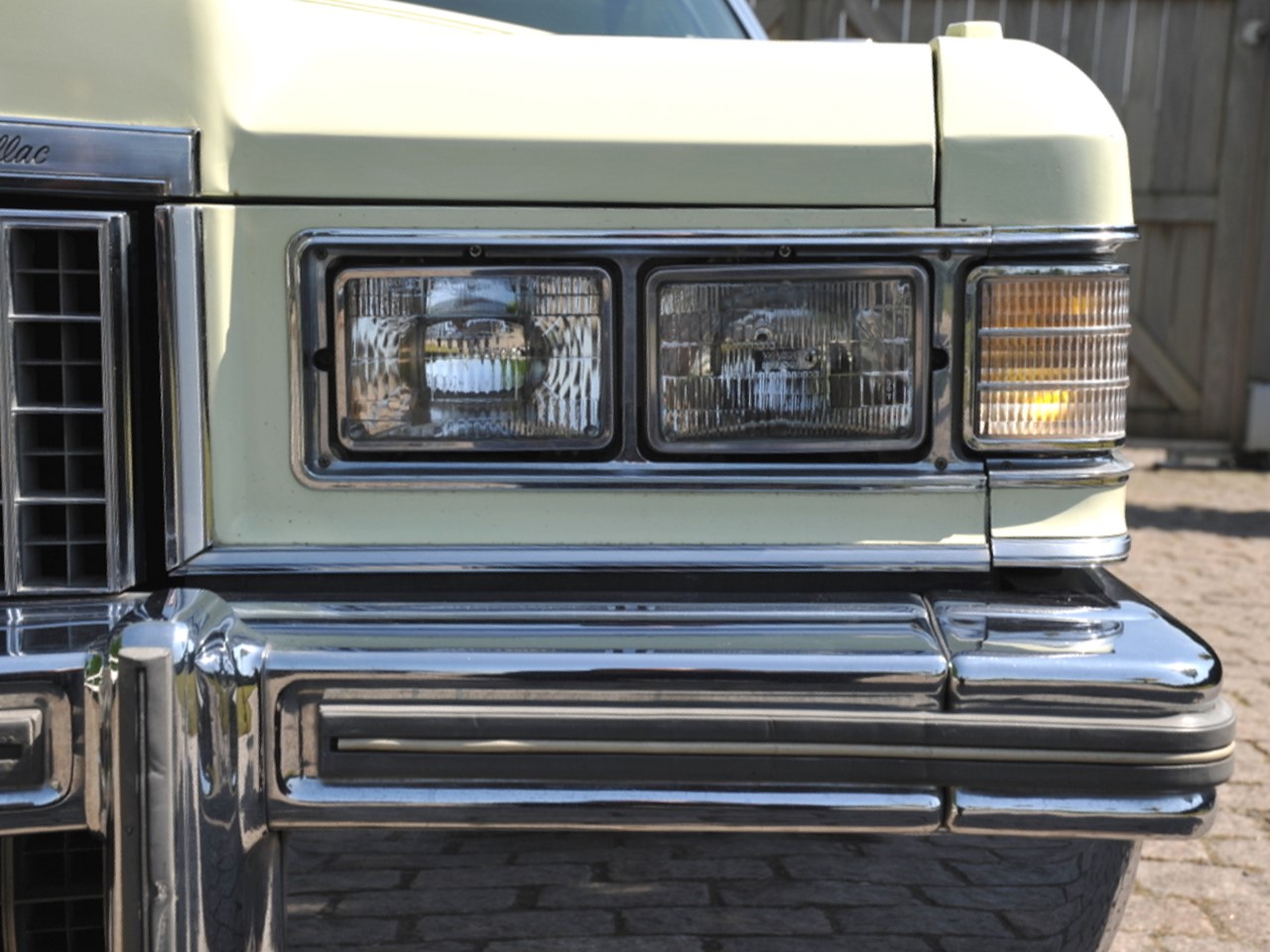 Let us look at Cadillac evolution once again demonstrating the subtle down-sizing. The designers didn’t take anything away from the overall length, width, and wheelbase. They trimmed away the bodywork. 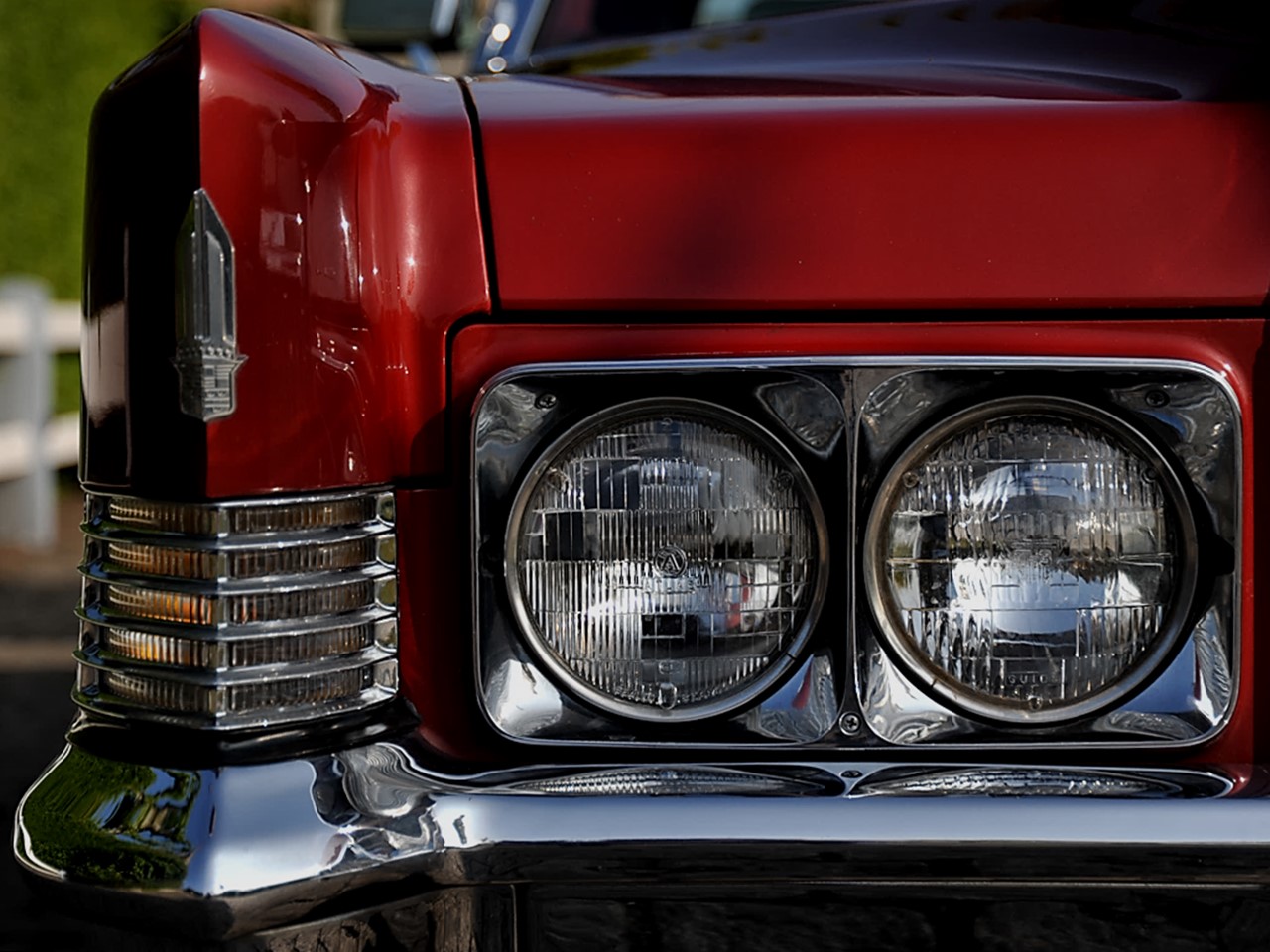 1970 marks the end of a traditional Cadillac build

Calais, DeVille, and Fleetwood models used fenders separate from the body shell all the way around. Notice how the fenders run ‘past’ the bodywork? This makes the car appear even larger than it is.

The 1971 model year is trimmed to make it more contemporary

Notice how it is significantly lower. The 1969-1970 fenders are trimmed away for a contemporary new look. They also had a stronger front end structure since they were becoming slimmer. This actually improved handling by moving the front wheels further towards the front. Nobody saw GM down-sizing throughout their divisions. Cadillac, Buick Electra, and Oldsmobile Ninety-Eight were all using the same platform and bodyshells. 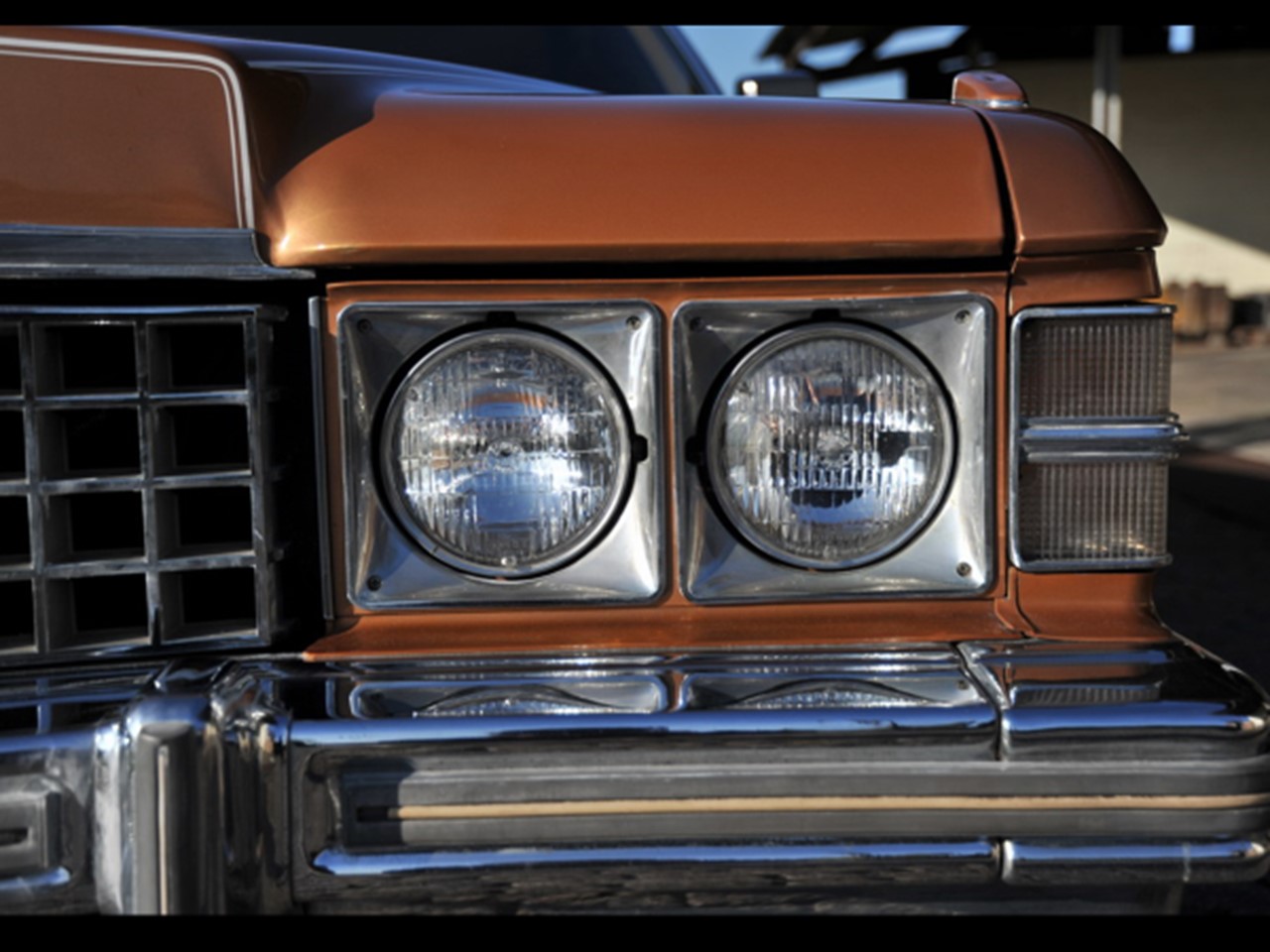 1974 refreshed the look adding bumpers front and rear that would be used until the end of the 1976 model year production run. It introduced Cadillac’s modular headlamp/turn signal/cornering lamp assembly. 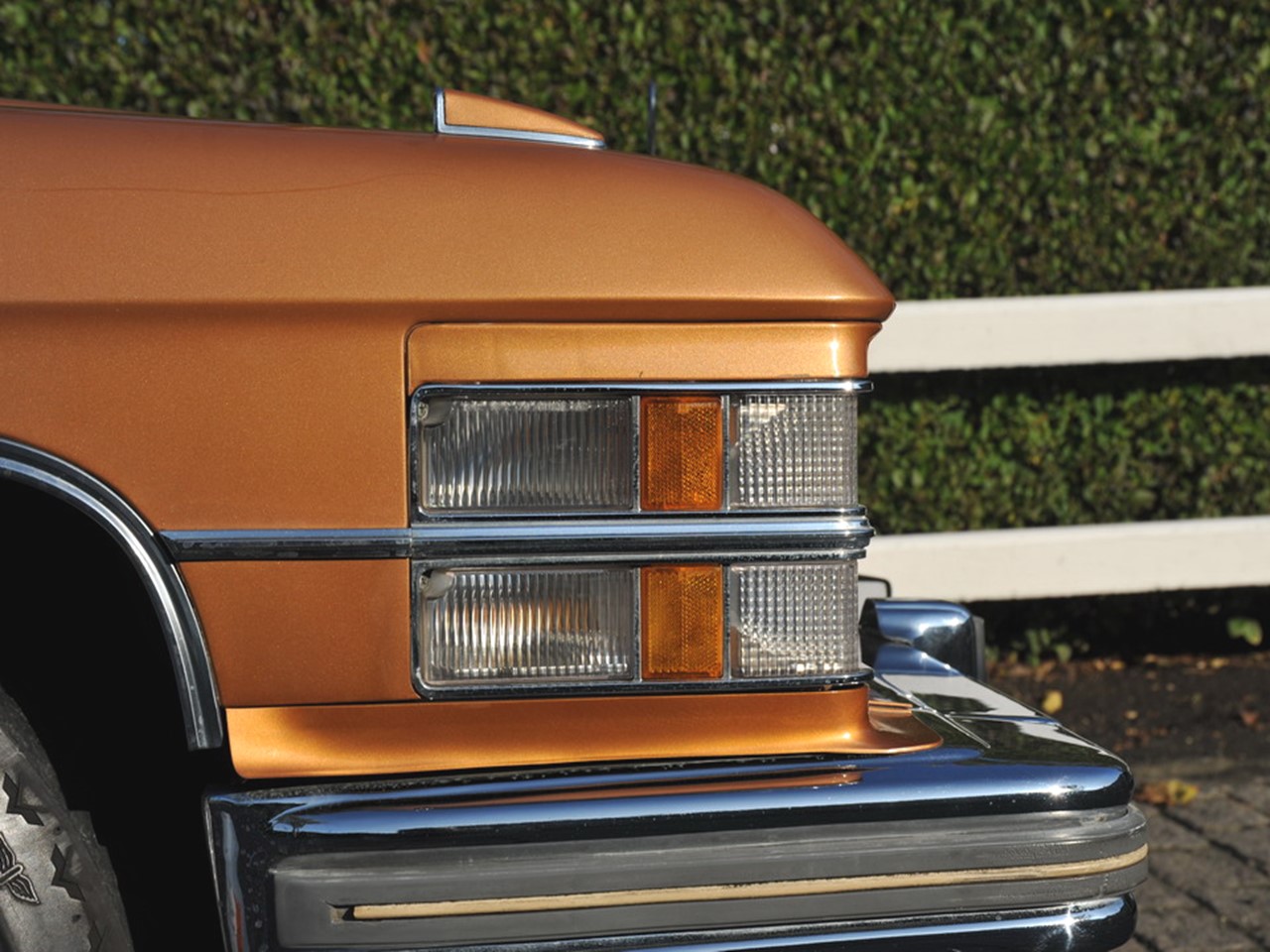 The 1975-1976 model years trimmed the nose clip a tad bit lower also neatly beveling the hood for a sneak peek at aerodynamics in the making. Rectangular headlamps augment the trimmer headlamp modular assembly. 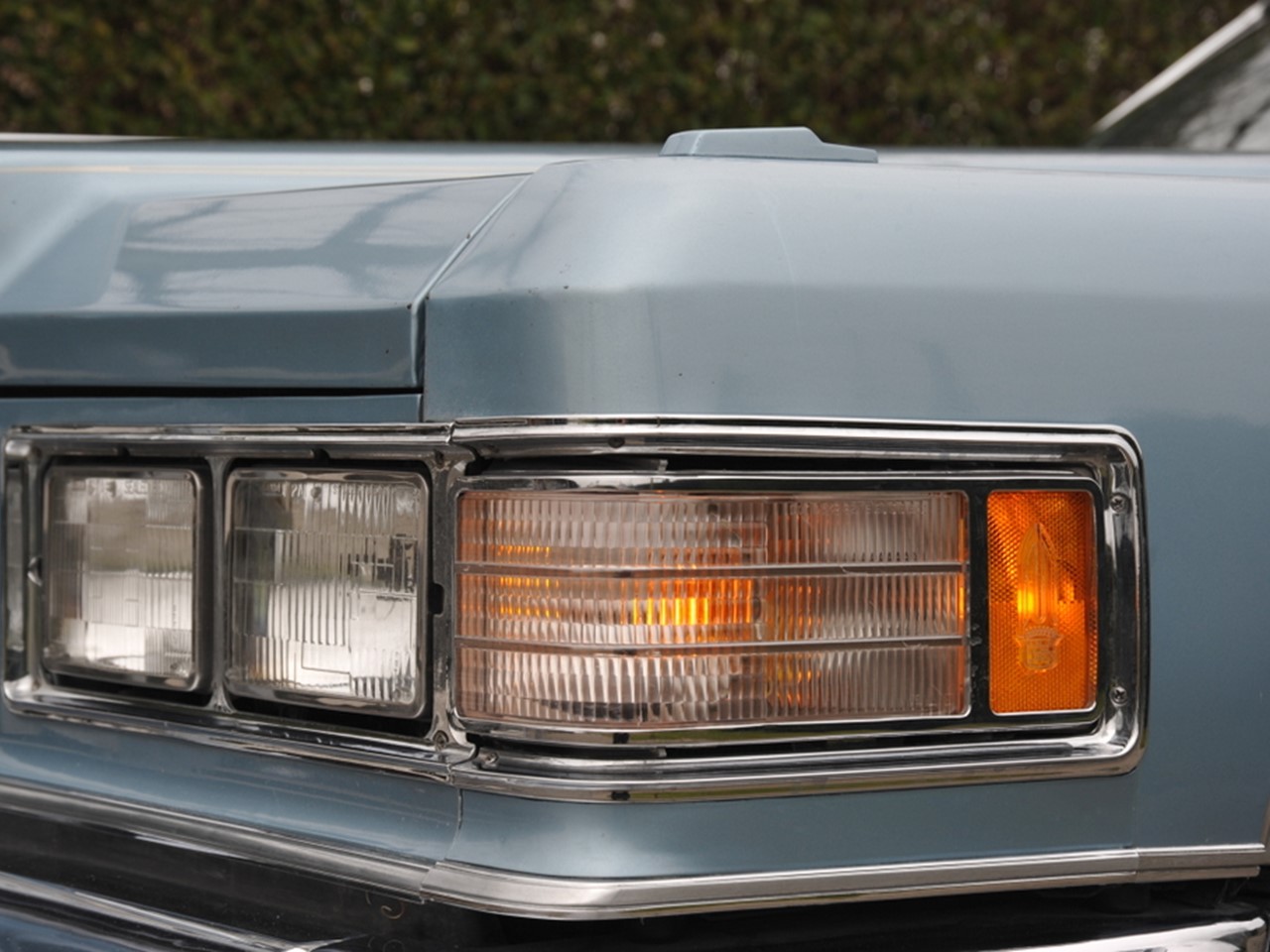 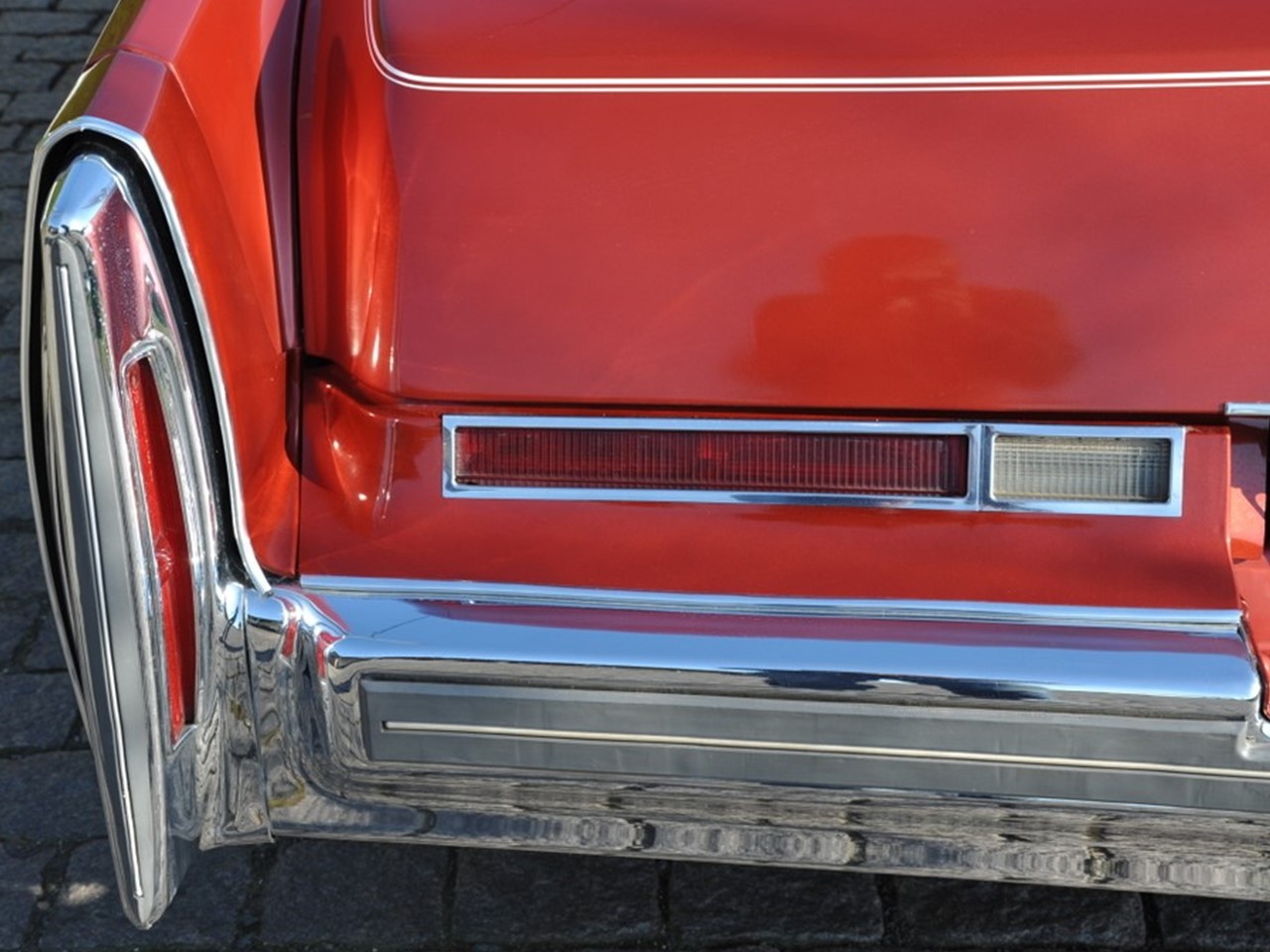 The finale of the full-size Cadillac precluded an impressive era in luxury motoring. The 1971-1976 Cadillacs will always be remembered as the last of a vanishing breed. 1976 Cadillac DeVille, Calais, and Fleetwood models were in the largest form they would ever be. Despite their trimmer architecture, they are still larger than what would come next. The 1976 Cadillacs are one class act…in the continuing saga of “As the Standard of the World Turns.”

"As the Standard of the World Turns", Cadillac, Cadillac: The Last Of The Breed

7 thoughts on “The Last Of The Breed: 1976 Cadillac Reunion” Leave a comment ›