It goes from meow to grrrowl faster than you can read this sentence. The Jaguar XK8 known as project code X100, is a grand tourer built from 1996 until 2006. This cat is ferocious with its V8 engine. This is the first generation of the XK series. It was introduced at the 1996 Geneva International Motor Show. The Jaguar XK8 replaced the XJS series. The XK8 is the first V8 produced by Jaguar since the Daimler 250. The 1996 Jaguar XK8 with its quick, cat-like reflexes is available as coupe or convertible body styles. It’s serendipity in the form of a Jag-u-r…

Well, I say if you like Kitty…I mean really like Kitty…re-build it before it shows signs of those suicide-inducing repair bills that will vacuum the cash from your savings and then starts running the old credit card(s) out into oblivion, take your time and re-build it little by little using ONLY quality parts, ok? This means: “NO taking Kitty to Wal-Mart for tune-ups and then getting pissed when Kitty retaliates with a big ole’ ugly repair bill, then you’ll be ready to get on the internet slammin’ Kitty…when part of this was YOU!”

“NO going to NAPA expecting 100% when you gave your neighbor $50 and a brew to install a single part and then you hear “uh-oh…” I just thought I would address this before we continue with our story. Too many people want to slam the Jag when all you have to do is realize what you are working with here, accept the bitter with the sweet and bite the bullet…repair Kitty right and have a show car…ok?” Some cars are plagued with idiosyncratic behavior the moment they leave the assembly line, ask any Cadillac owner. If you like the car you just have to re-build it to make it right…otherwise, leave it alone! 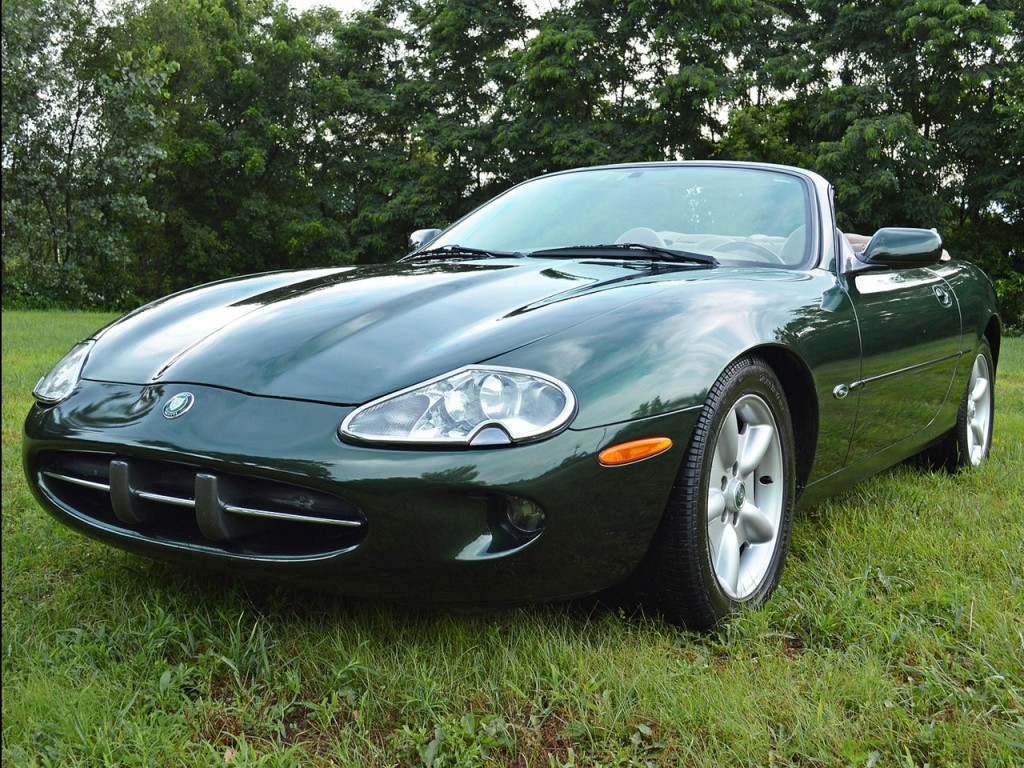 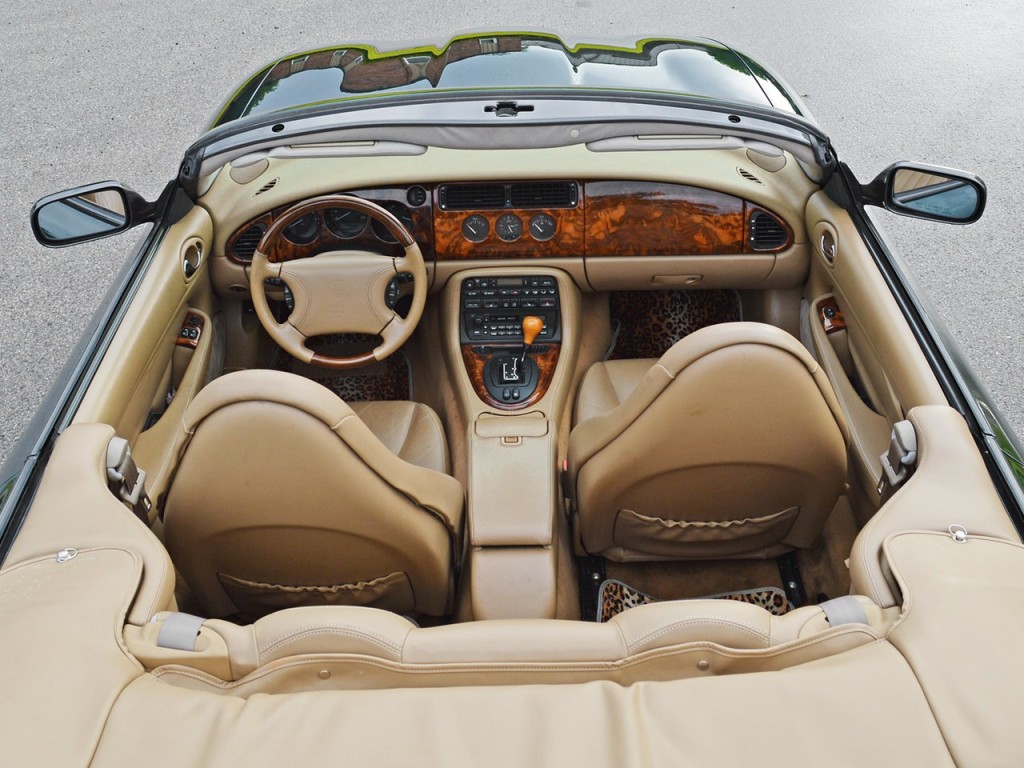 The Jaguar XK8 is a posh 2+2 open grand tourer. The all leather interior and burled walnut trim is luxuriously in character with the XK8. It blends traditional Jaguar elegance with contemporary style.  Its power, fully automatic folding fabric roof deploys and folds away neatly. The leather upholstered interior has 6-way power for both driver and front passenger. The center console has a storage bin beneath the armrest. The XK8 is the big cat that is as sporty as it is luxurious. With the top down…the world is your pearl – 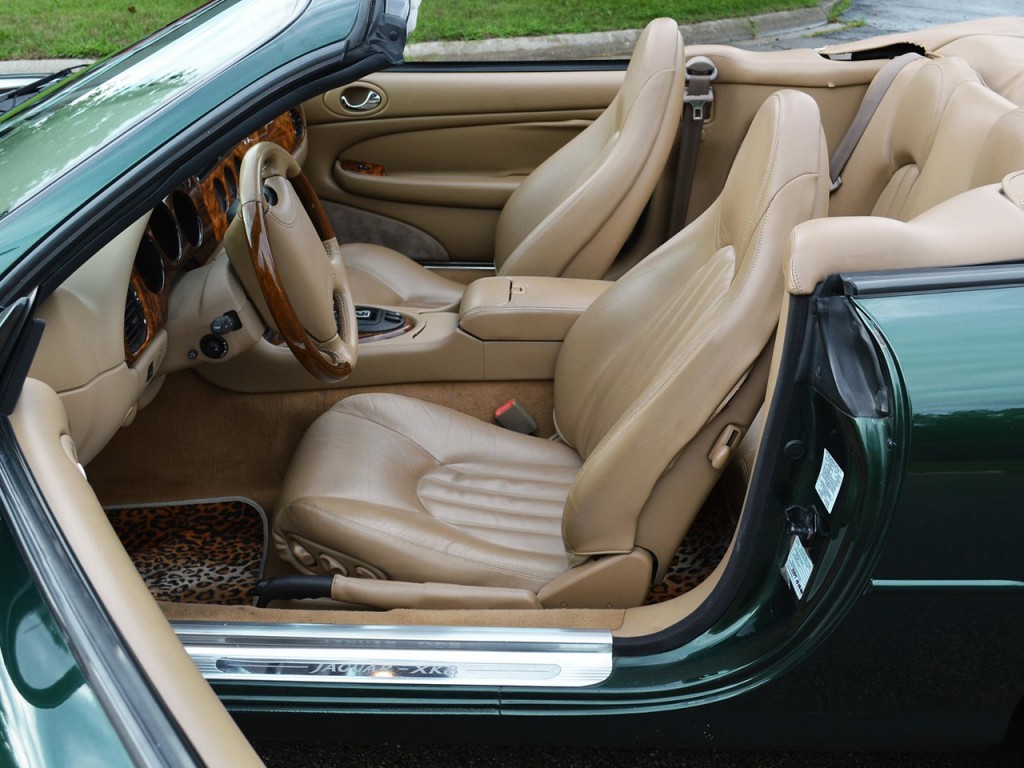 The slooooooooooow moving power top issues are inevitable. The fluid actually goes from slime to Jell-O to solidified chunks – yes, since we love our feline friend we must take the bitter with the sweet. If you are going to keep your XK8…REBUILD the hydraulic system – I’m talking the seals, lines, especially the rams, the latch, the pump (because it will be full of what’s killing everything else), you’ve got to make Kitty new again.

People scoff Jaguars but all cars have idiosyncratic behavior as they age, ask any Cadillac owner. If you can rebuild it yourself, it will be rewarding because you know it is the correct way with not only quality, but upgraded replacement parts as you do not want to keep rebuilding this system. Or, find a mechanic you trust to put Kitty back together better than new. Do not let everyone work on it for the best results. Even Rolls Royce…snobwagen supreme has little suicide-inducing issues as they age – 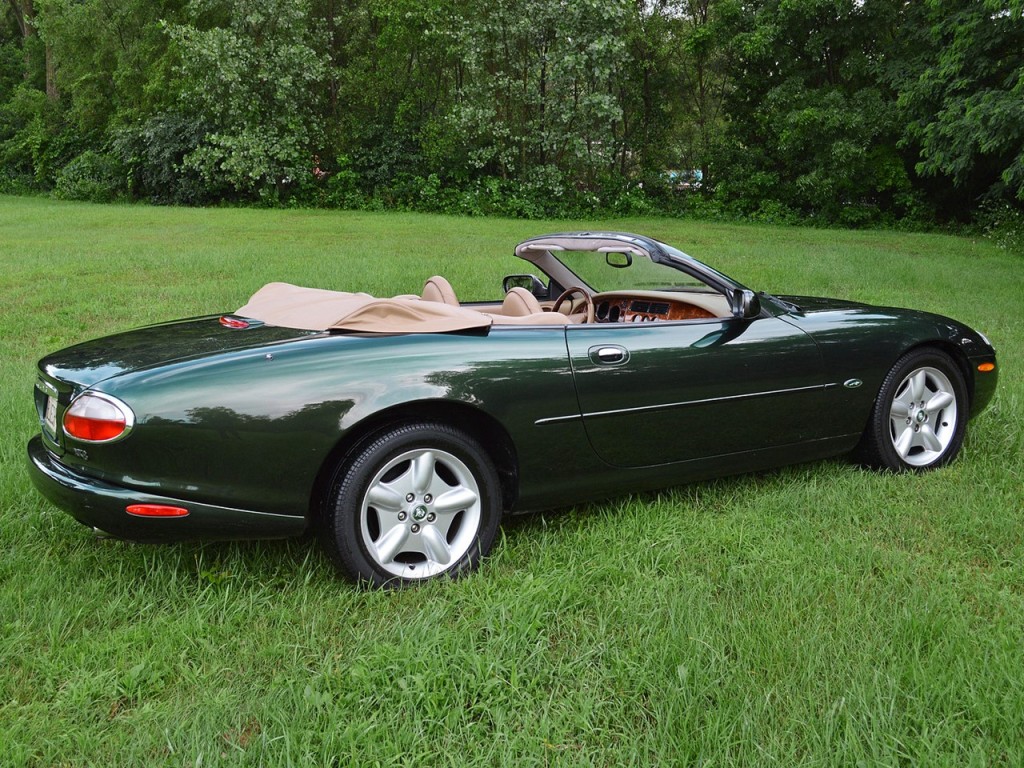 Newer convertible versions are using plastic hoses which don’t last as long as the earlier versions, so one trades one issue for another…but hasn’t the joys of convertible ownership always had little quirks that we had to live with? After you put all the time and $$$ to restore your convertible top, change the fluid every 4-5 years and your issues will be over – 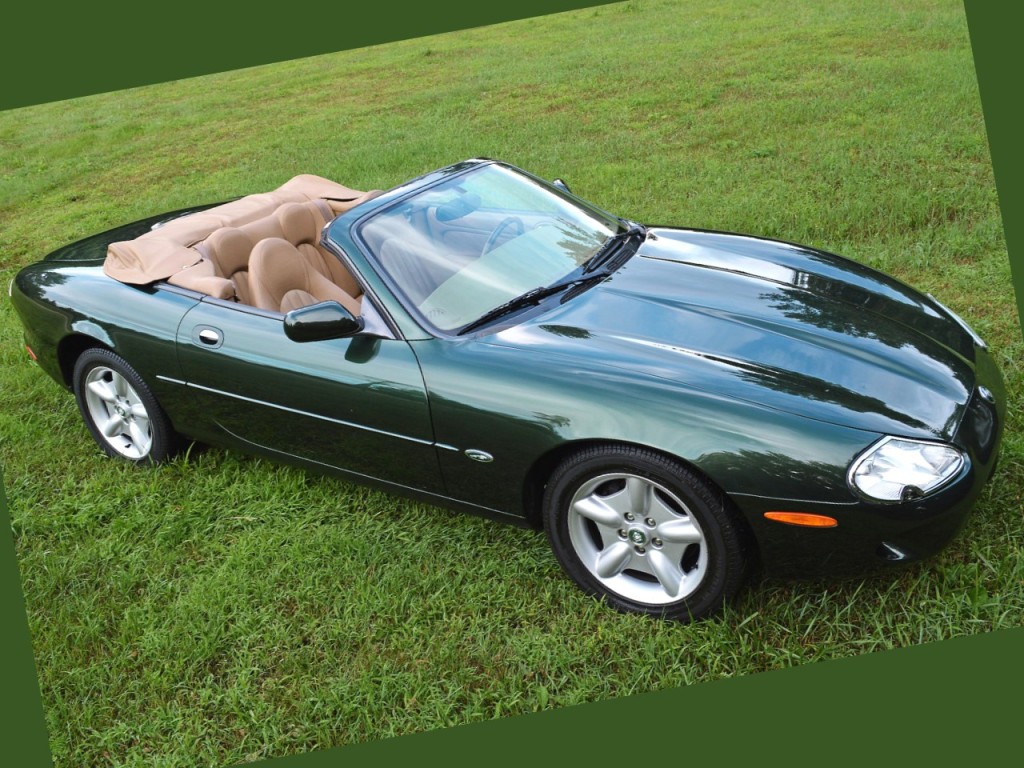 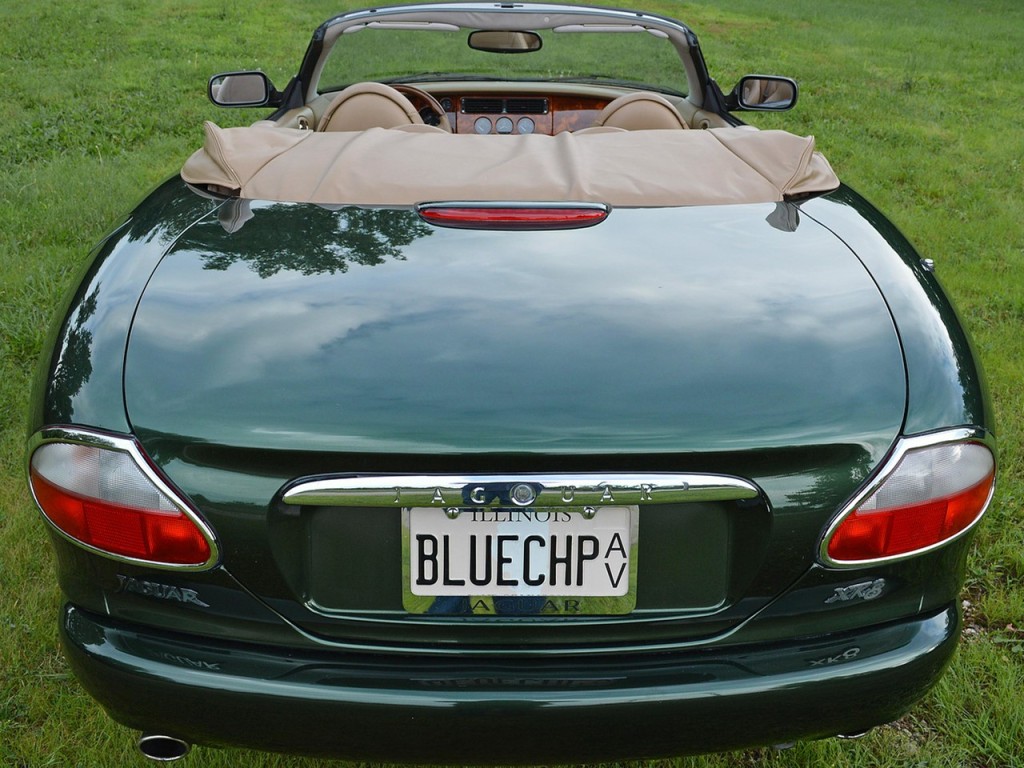 There was concern over the Nikasil lining of the cylinder bores that was prone to wear from gasoline with a high sulfur content. Many earlier XK8’s had their engines replaced in 2000 with steel lined AJ26 engines while they were still under warranty. There is an identifiable plaque inside the engine bay. If you are interested in an XK8 from this generation; make sure that engine has been replaced. There is also an AJ27 version. 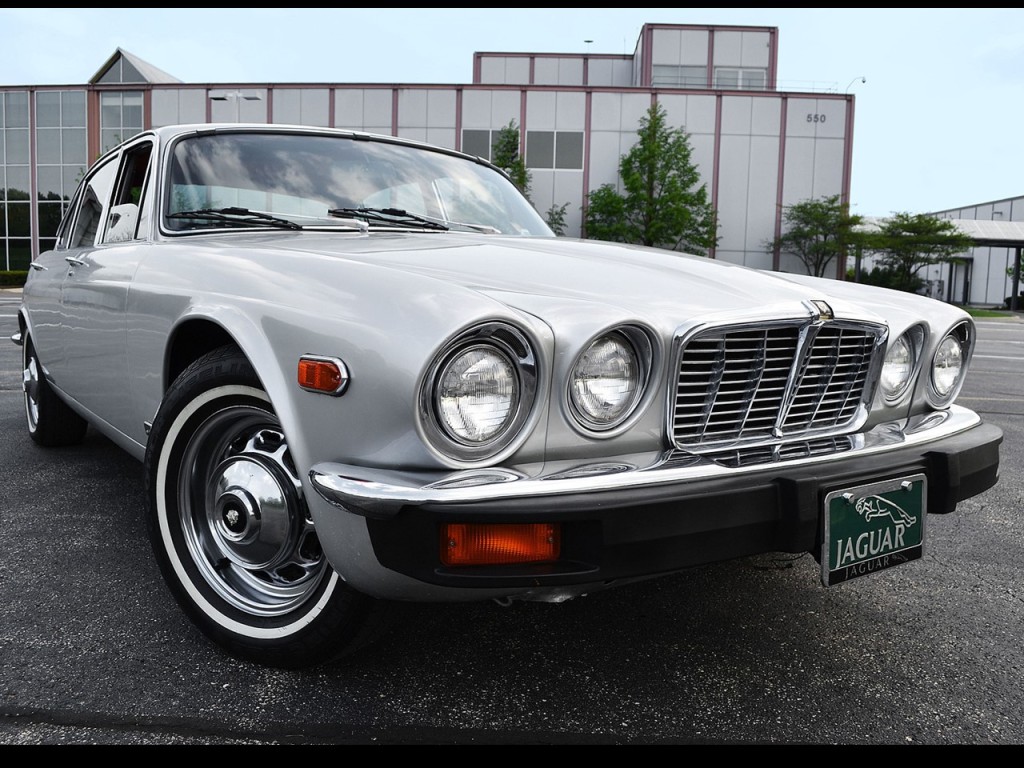 The Jaguar name has become synonymous with humongous repair bills. Whatever you do, leave second-rate parts and components at the store where they are sold. Trying the “Band-Aid” approach to repair will cost you more in the long run. If you like the car…you must learn to adapt to its behavior. Make it right the first time and there will be no issues. I cannot stress enough, this is expensive if you go about it discounting all the way. You get what you pay for. 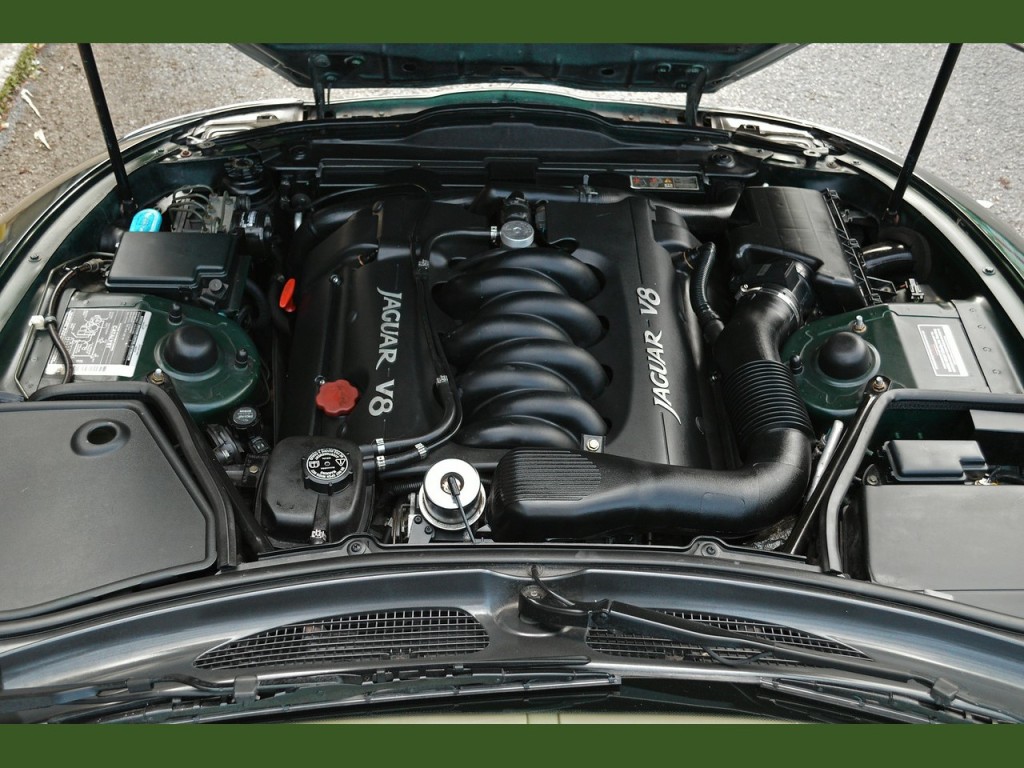 Another concern with this generation XK8 are with the headlamps. If the low-beams have issues such as HID low-beams failing, flickering or dipped-beam not working, 99.9 percent of the time it is the ballast. Don’t let the dealers sell you the entire headlamp unit. Start by checking the fuse, then the ballast. Other related replacement parts include: gas discharge bulb, igniter, and wire harness. 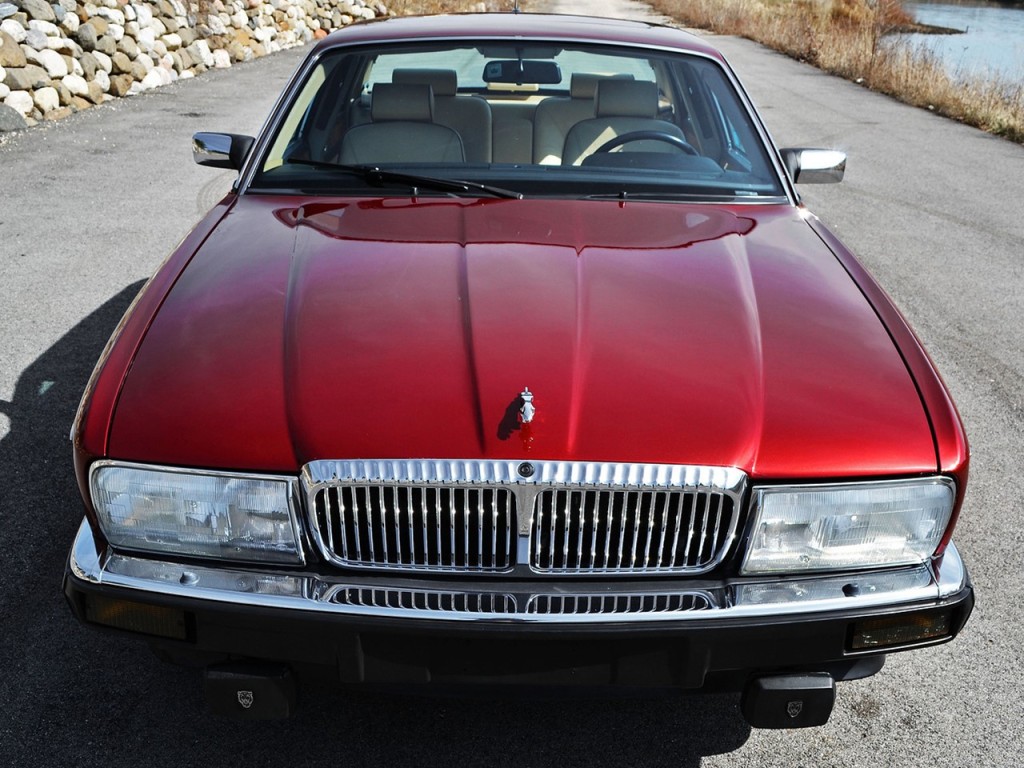 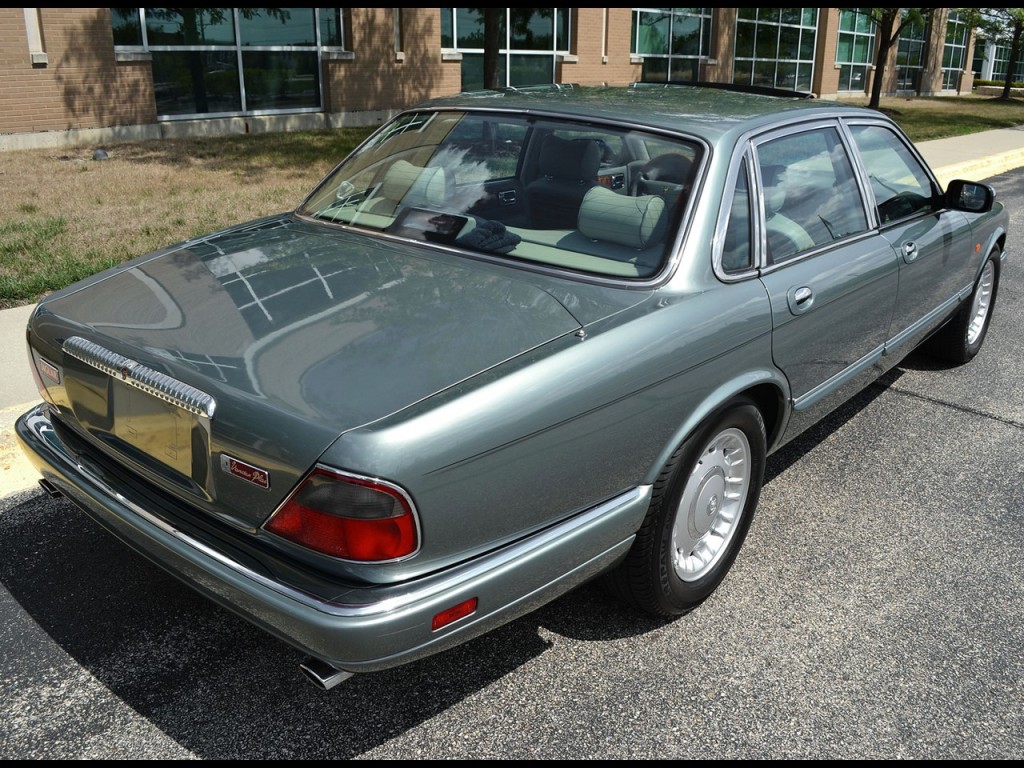 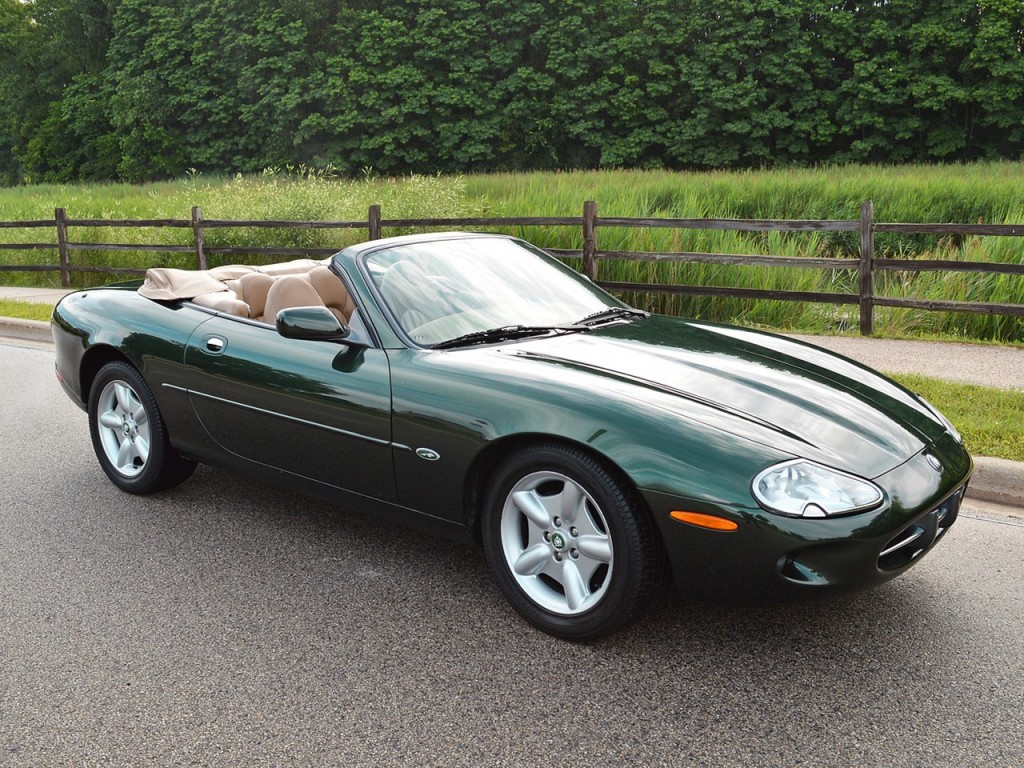 A Jag-u-r is a thing of beauty. The big cat is as luxurious as it is sporty. Work out all of its bugs with modern components and you have a drop-dead gorgeous car. Its reflexes are quick and cat-like…it leaps into action. The 4.0 litre AJ26 is a nice engine with all of its issues resolved. It is responsive on the open road. This car is never driven un-noticed. Everyone always wants to know what year it is and is it expensive…there are some of the earlier models such as this 1996 that were virtually problem-free. Regardless, the Jaguar XK8 is highly desirable. If seduction could take the form of an automobile…the XK8 is it – 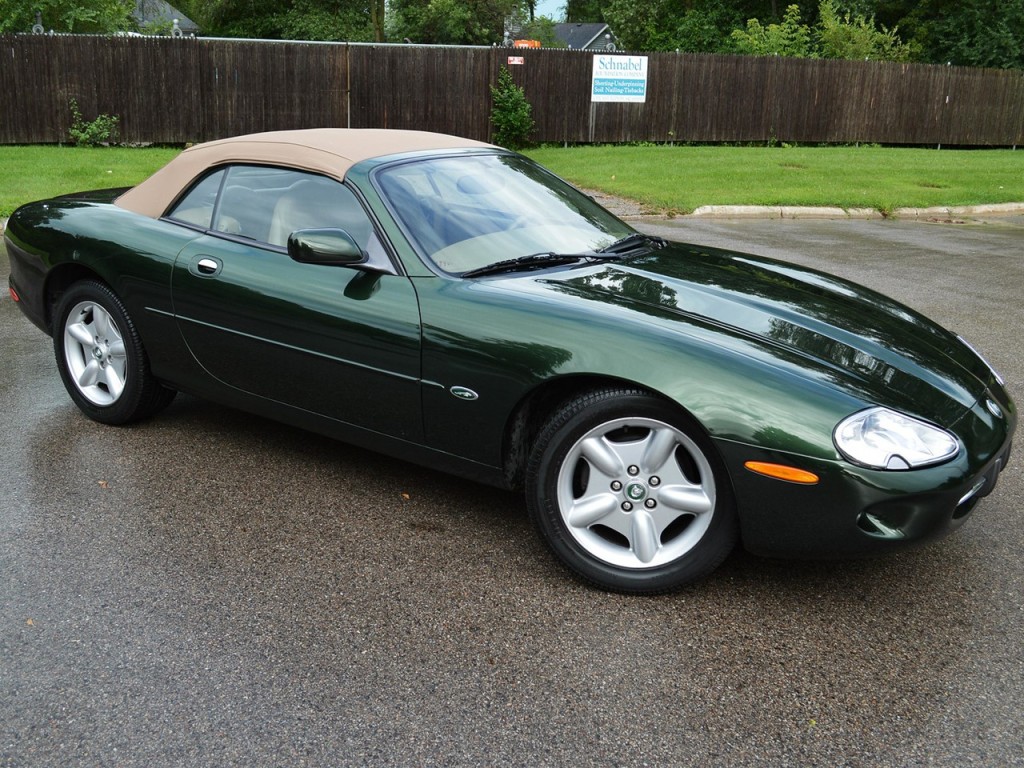 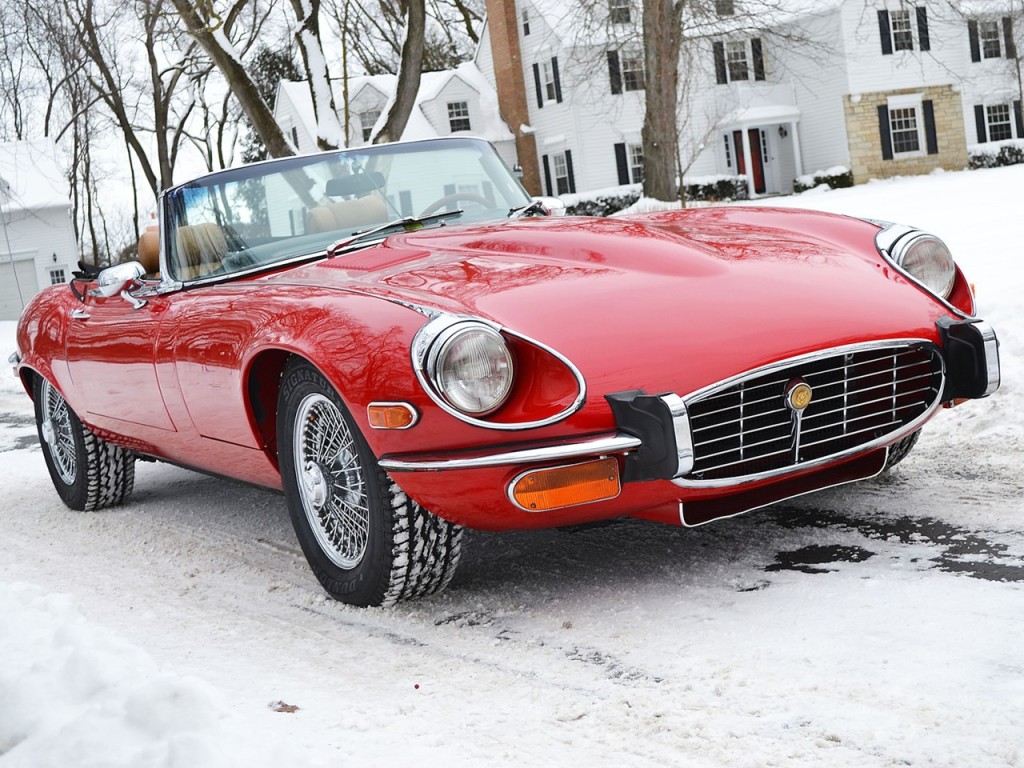 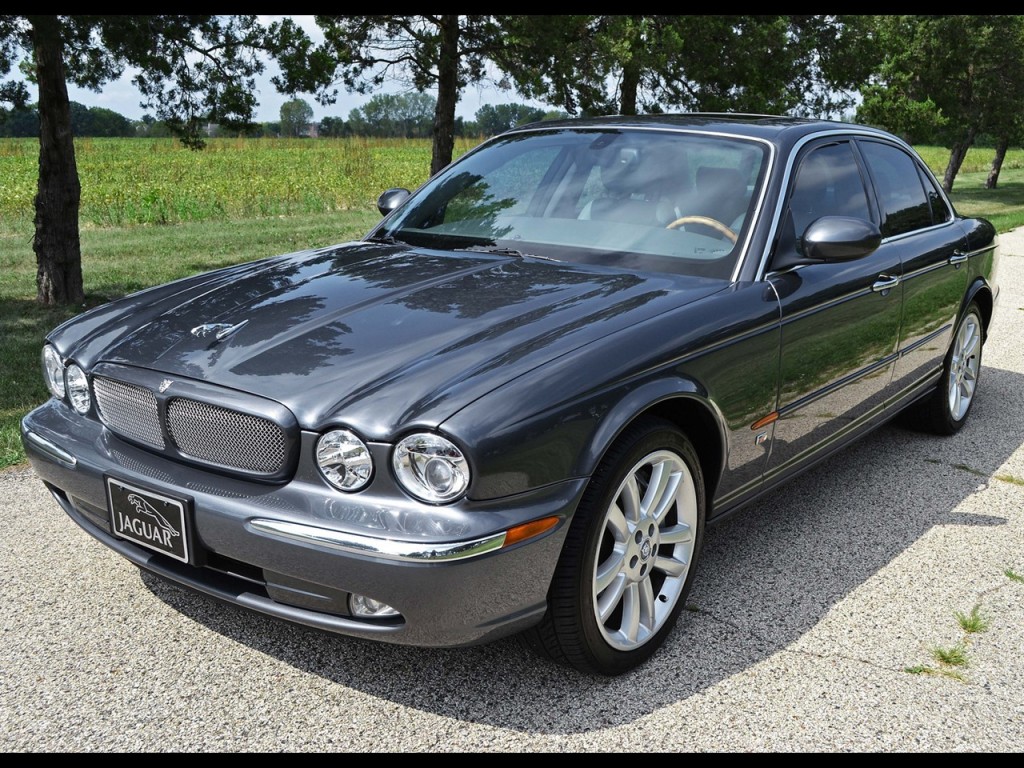