Everyday is an adventure in paradise…

This is a special limited edition

Ferrari builds extreme supercars at a highly restricted pace to retain exclusivity. Throughout the history of the brand, at regular intervals, automotive masterpieces are created for the most discerning collectors. The 599 SA Aperta was the most exclusive model in the Ferrari stable in 2010. Its production run included only 80 vehicles. The 599 SA Aperta was designed to celebrate Pininfarina’s 80th Anniversary. The “SA” pays homage to Sergio and Andrea Pininfarina whose innovation is linked to the most successful roadcars ever built at Maranello.

Carrozzeria Pininfarina is an independent Italian Automobile design firm and coachbuilder located in Cambiano, Italy. The company was founded in 1930 by Battista “Pinin” Farina. The firm has designed automobiles for such manufacturers as Ferrari, Alfa Romeo, Peugeot, Fiat, GM, Lancia, Maserati, and BMW. The Rolls Royce Phantom Drophead coupe and the Cadillac Allante are among the more contemporary designs from this prestigious firm.

The partnership began in 1951 between Pinin Farina and Enzo Ferrari. Pininfarina has designed all Ferrari road going cars except the 1973 Dino 308 GT4 and LaFerrari. Pininfarina became a partner of Ferrari in Scuderia Ferrari S.p.A. SEFAC which is the organization that managed Ferrari’s racing team from 1961 until 1989. Notable contemporary Ferraris by Pininfarina include the Enzo Ferrari, F12berlinetta, and the 2014 California T. 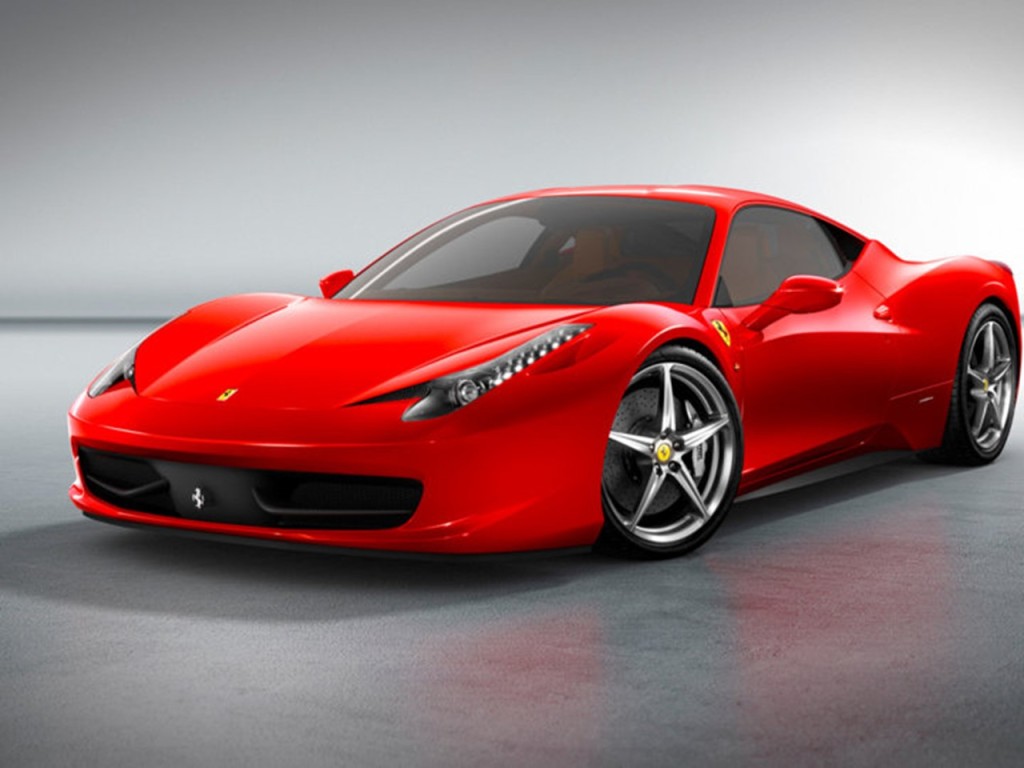 Hand sculpted by Pininfarina, the 458 Italia

This is another example of Ferrari’s extreme performance cars. The SA Aperta is an open roadster based upon the 599 Series. It is powered by Ferrari’s signature V12 engine. The Tipo F140C 6.0 litre 5999 cc naturally aspirated engine produces 661 hp @ 8,250 rpm with 620 Nm of peak torque @ 6,500 rpm. The SA Aperta uses the higher performance engine from the 599 GTO. The V12 engine is mated to the Ferrari F1 sequential manual 6-speed gearbox.

The 599 SA Aperta uses F1-inspired technology throughout. Its sophisticated Magneto rheological fluid suspension allows the shock absorbers to be continually controlled adapting constantly to road conditions. Adaptive/semi-active suspensions constantly analyze input from its network provided by an array of sensors. The fluid’s viscosity is modified by applying an electronically magnetized field.

The damper fluid is brought into the magnetic field causing it to stiffen changing the properties of the damper absorbing the shock or vibration. Magneto rheological damping is controlled by specifically designed algorithms. An increase in current flow into the damper raises the compression/rebound rates, and a decrease in current flow softens the effect of the dampers. An on-board computer monitors the dampers’ compliance characteristics controlled by electromagnetic fields.

The 599 SA Aperta uses the F1-Trac system for stability and traction. Its intuitive software estimates the maximum available grip in advance comparing the information with vehicle dynamics stored in the control system. This adjusts the vehicle’s reactions optimizing traction by modulating power delivery.

The 599 SA Aperta is a stunning masterpiece by Ferrari Centro Stile and Pininfarina Design Studio. Its bodyshell is a modified version of the 599 berlinetta. It features a lowered windscreen and ride height creating a lower, sleeker silhouette. The chassis was refined to guarantee structural rigidity and a lower center of gravity. The SA Aperta roadster is an aerodynamic sweep from nose to tail. The “A” posts creates an arc that ends in two rear aerodynamic fins. They are part of the unique sleekness of its silhouette. The 599 SA Aperta is the quintessential supercar and the ultimate open tourer.

The elegant roadster is an elite expression of Ferrari. The cabin is hand-crafted with the finest leather, carbon-fibre accents, and Alcantara. The 599 SA Aperta is designed as an open tourer…it comes with an emergency soft top in case of inclement weather. This is a most unique and exclusive work of automobile art.

There are supercars…and then there’s Ferrari. The iconic Prancing Horse adorns an automotive legend…a true masterwork. Throughout the illustrious history of Ferrari, extreme sports cars are built at a highly restricted pace to retain exclusivity. The 599 SA Aperta and its 80 vehicle production run is another potential museum masterpiece. A Ferrari is one of the most prestigious automobiles in existence. The Prancing Horse will always be the symbol of luxury, speed, and wealth.

The 599 SA Aperta sports the Ferrari signature V12 engine. The Tipo F140C is naturally aspirated and mated to an F1-inspired sequential manual gearbox resulting in extreme performance. The 599 SA Aperta is designed to commemorate the outstanding craftsmanship of Pininfarina, honoring two of the most influential personas Sergio & Andrea. Their exemplary innovation is linked to the most successful roadcars ever built at Maranello. The 599 SA Aperta with all its grace and charisma – has the heart of a beast – but is disguised as an elegant roadster. All Ferrari supercars are refined through evolution with the indomitable strive for perfection. The Ferrari 599 SA Aperta is another success story –