“Prancing Horse” passion continues with a limited-series special of which only 499 exist. This magnificent example of Ferrari is a most avant-garde manifestation of everything that makes a Ferrari…a Ferrari. It represents a benchmark in automotive design. The epitome of super cars – LaFerrari – was unveiled at the March 2013 Geneva International Motor Show. LaFerrari uses cutting-edge technology and sophistication combined with active aerodynamics. It is the fastest Ferrari roadcar to roll out of Maranello. LaFerrari is the first Ferrari since the Bertone Dino 308 GT4 not to have Pininfarina collaboration. The Prancing Horse will always be the symbol of luxury…speed…and wealth.

A Showcase of technology

Inspired by formidable F1 racing, where Ferrari’s great success began, LaFerrari is a 21st century hybrid supercar. It is a Ferrari like no other. With unique technology and innovation from the Scuderia Ferrari F1 KERS, LaFerrari represents the perfect combination of maximum performance with lower emissions. It emits 330 g/km of CO2. LaFerrari is equipped with patented HY-KERS technology.

Kinetic Energy Recovery System or “KERS” is an automotive system for recovering a moving vehicle’s kinetic energy under braking. The recovered energy is stored in a reservoir for future use. The storage medium can be high-voltage batteries, a mechanically rotating fly wheel, or supercapacitors. LaFerrari uses a battery pack made up of 120 cells arranged in eight 15-cell modules built by Ferrari’s in-house racing team. The pack is charged each time the disc brakes are applied even under extreme ABS activating deceleration.

An electric motor replaces the starter and alternator in a single device to assist the powertrain. LaFerrari is classified as a mild hybrid supercar. Mild hybrids do not require the same battery power nor do they achieve the same fuel economy as a full hybrid.

A mild hybrid is generally an internal combustion engine (ice) equipped with an electric powered motor/generator in a parallel configuration. This sophisticated system allows the engine to be turned off whenever the vehicle is coasting, braking, and stopped. It quickly restarts with the aid of supercapacitors.

Mild hybrids cannot run exclusively on electric; however, the HY-KERS technology has the ability to adapt to full hybrid for future Ferrari models. The HY-KERS system and body computer control system were developed in collaboration with Magneti Marelli S.p.A. LaFerrari has two electric motors. One assists the drive wheels and the other operates the ancillaries.

LaFerrari is powered by a 6.3 litre DOHC mid-mounted V12 engine as its main power source. This naturally aspirated V12 produces 950 hp with 900 Nm of peak torque combined with its 160 bhp HY-KERS electric motor engaged. Without the added power, LaFerrari is also a star performer producing a prodigious 789 hp @ 9,000 rpm with 700 Nm of peak torque @ 6,750 rpm. It redlines @ 9,250 rpm. This new 4499 cc is the first V12 direct injection engine to be mid-rear mounted.

The engine is mated to a dual-clutch 7-speed transmission. LaFerrari sprints from 0-62 mph in under three seconds…0-124 mph in under seven seconds…0-186 mph in 15 seconds – with a top speed exceeding 218 mph. The high torque levels available at low revs from the electric motor allowed the engineers to optimize the internal combustion engine’s performance at higher revs which provides a constant supply of exceptional power throughout the rev-range.

The integration of active aerodynamics and hybrid system are innovative aspects of its dynamic control systems. The integration of the electric motor and V12 are coordinated by the HY-KERS system allowing the V12’s revs to be high during cornering to guarantee better acceleration upon exit.

The Brembo braking system is also integrated with the hybrid system incorporating new features such as lightweight calipers that are designed to expedite cooling and carbon-ceramic (CCM) discs featuring a new composition. Carbon-ceramic improves friction and fade-resistance increasing decelerative power by 15 percent.

The front axle is fitted with 398 mm and the rear with 380 mm discs. They cut 98 feet from the stopping distance. Staggered Pirelli P-zero tires size 265/30 R19 are fitted to the front with 345/30 R20 to the rear improve overall stability and performance. 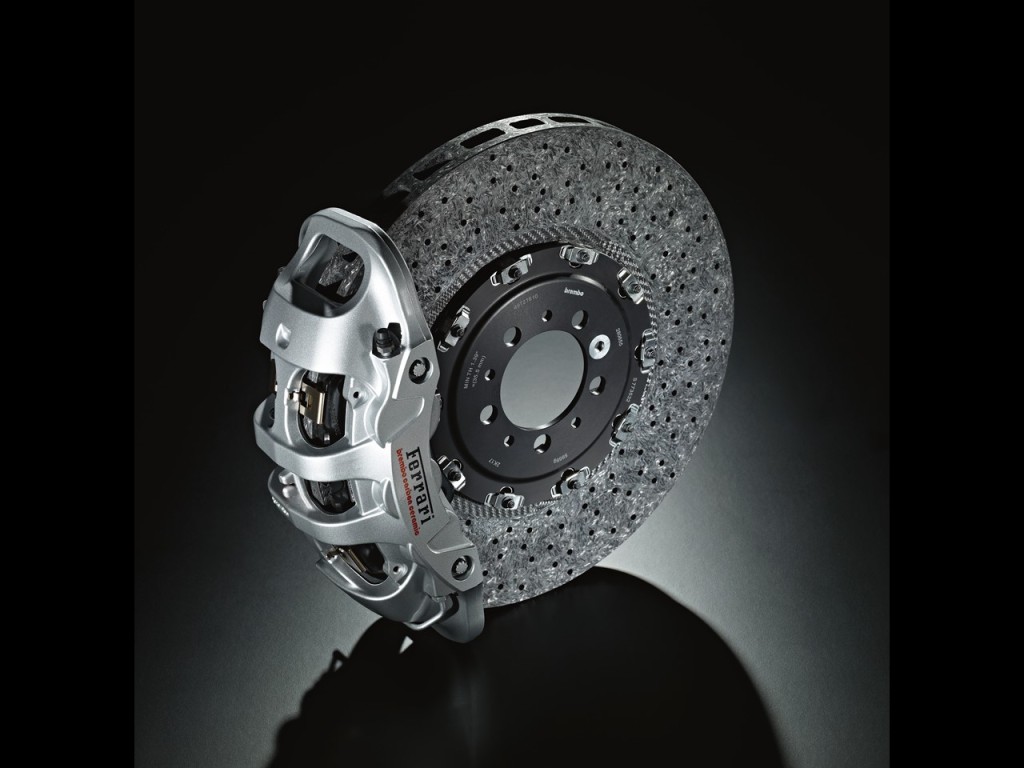 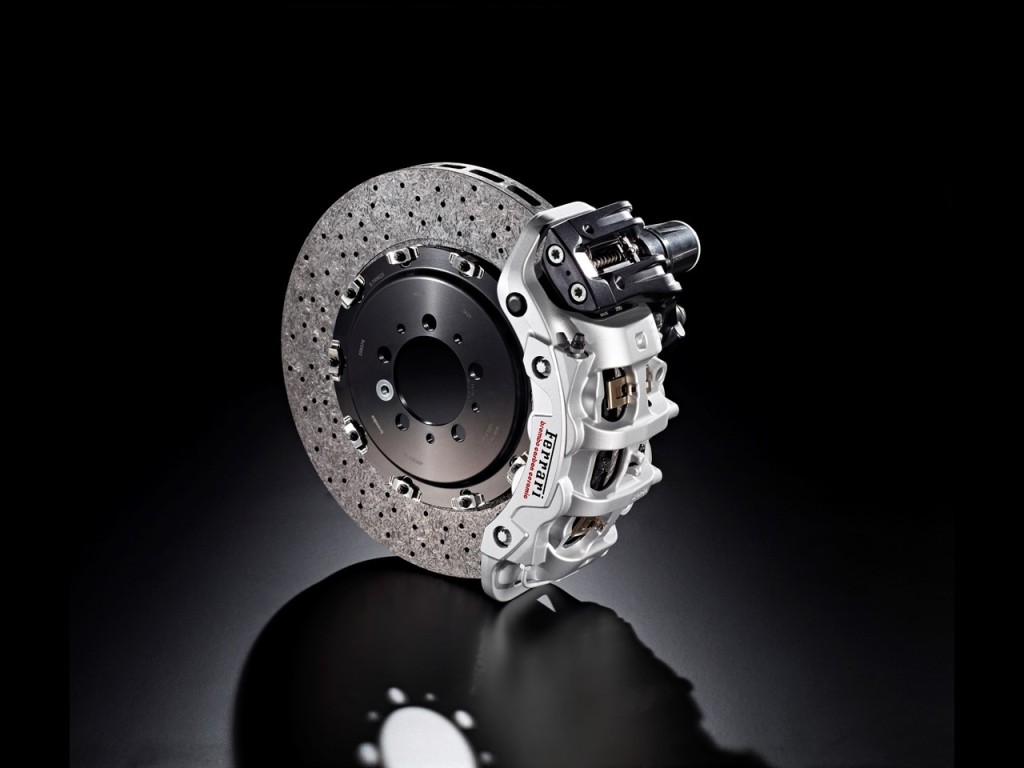 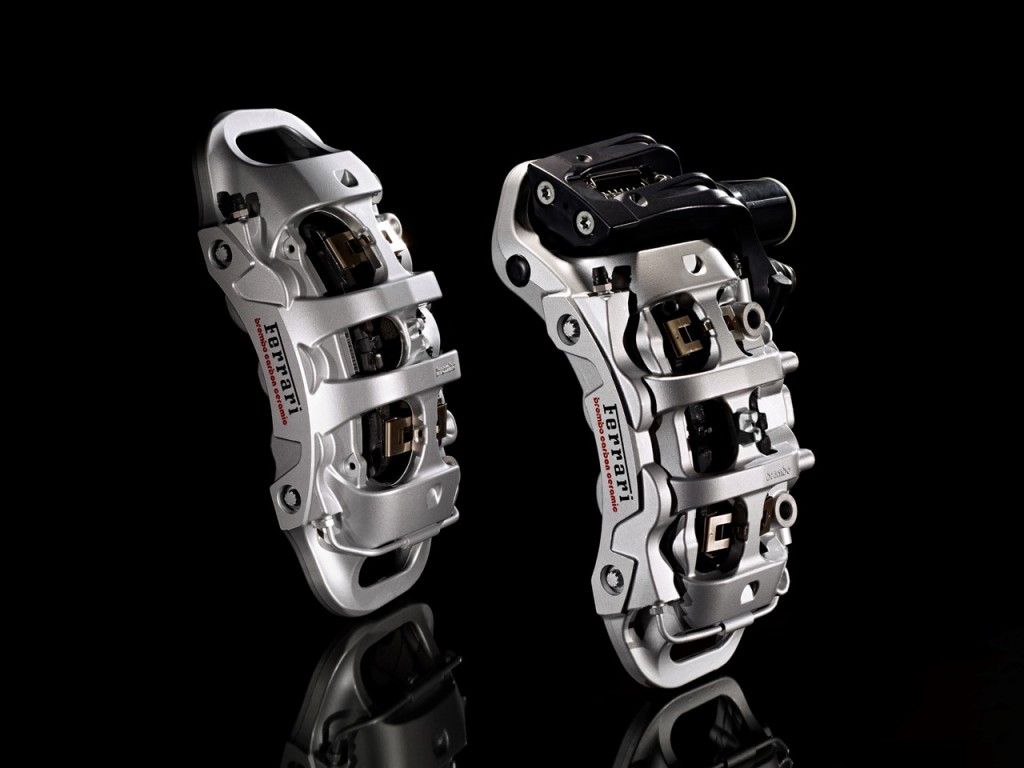 Beauty is more than skin deep 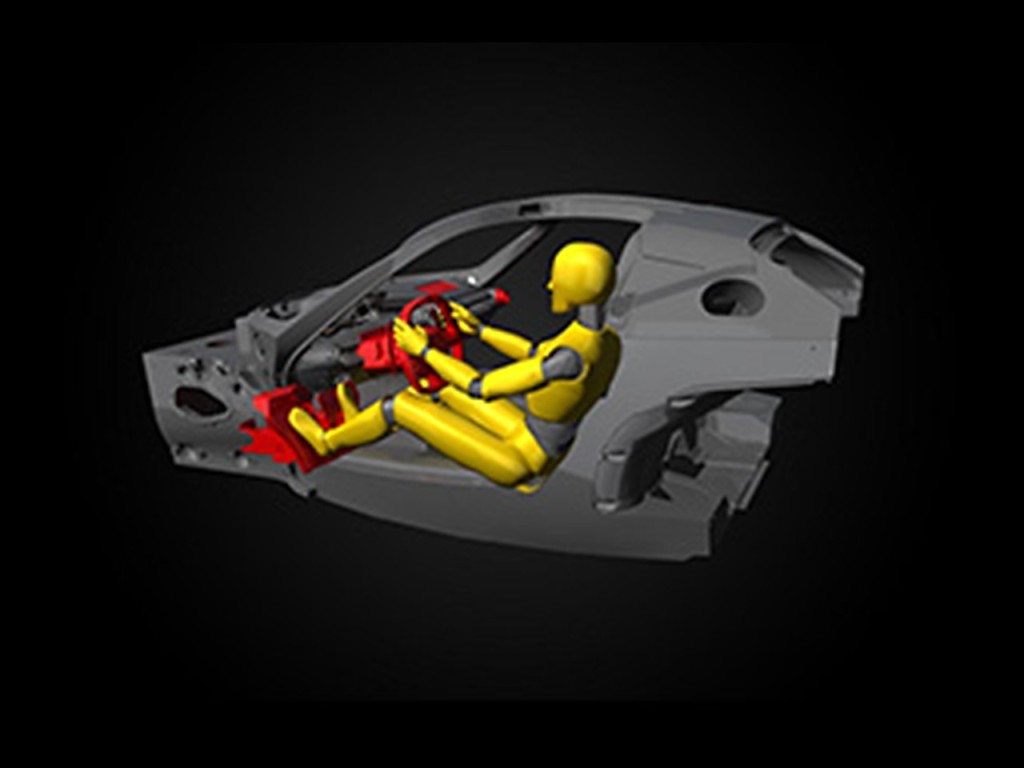 The properties of carbon-fibre (stiffness, tensile strength, low weight, high chemical resistance, high-temperature tolerance, and low thermal expansion) make them popular in aerospace, civil engineering, and motorsports. Carbon-fibre has a high strength-to-weight ratio. It is usually combined with other materials such as resin to form a composite. This ultra-lightweight material is finding its way throughout the automotive industry because of its versatility. It can be configured as upholstery material as well…from cabin to monocoque, carbon-fibre is the material of the future available today. 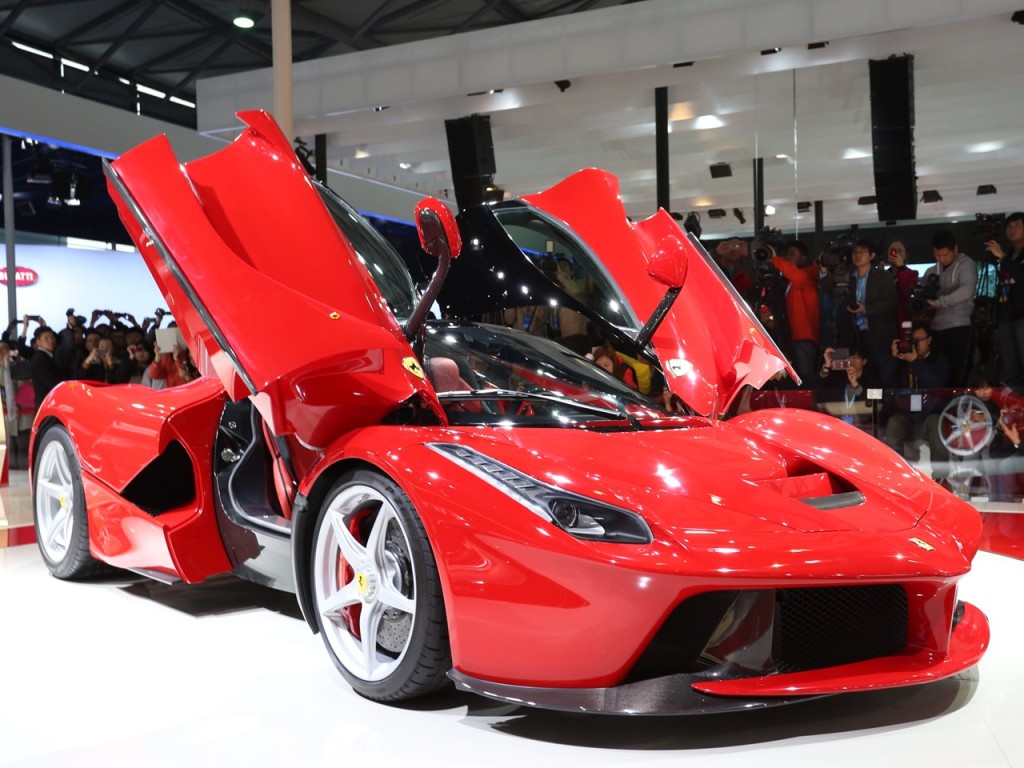 LaFerrari’s architecture is designed to effectively integrate. An aerodynamic network of vents, ducts, and flaps work with the underbody for this purpose. It manages airflow from nose to tail through various intakes and extracts it to optimize downforce. LaFerrari’s dynamic ram is boosted increasing power output by 4 bhp, as the air is channeled along the rear wheel arches. The rear spoiler and shape of the one-piece rear section also help to optimize downforce. A pair of engine air intakes a top the rear wheel arches boost dynamic ram creating another 4 bhp boost to power output. 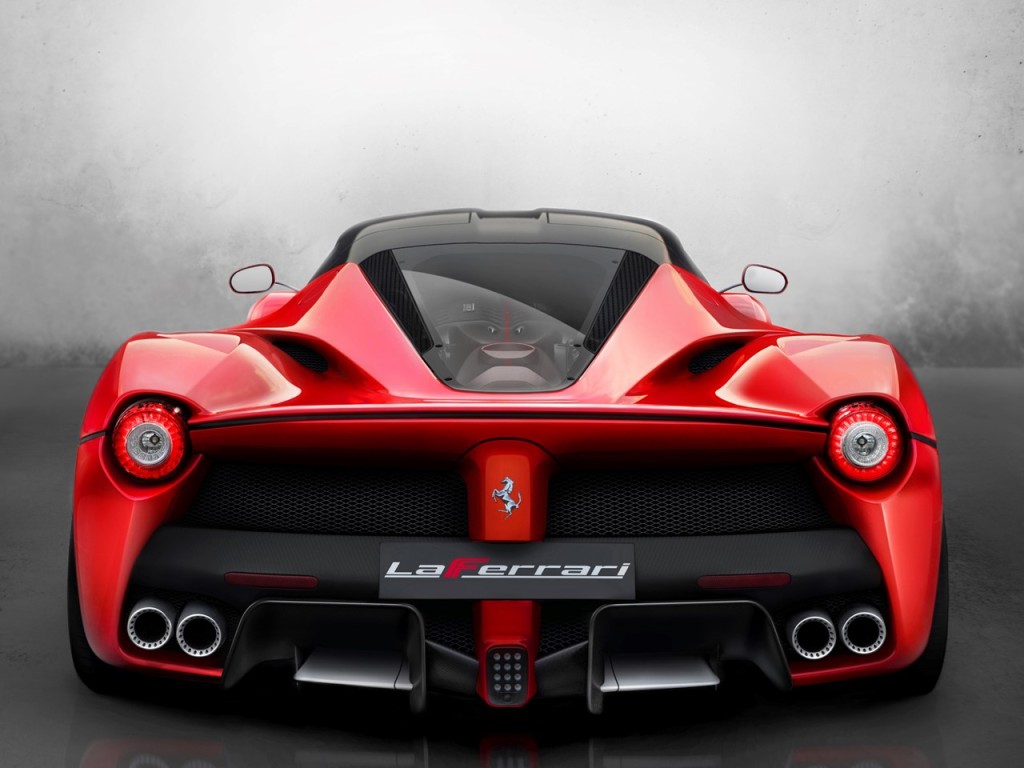 Complete adjustability of the car’s configuration aids LaFerrari’s exceptional performance. It begins with front diffusers and a guide vane on the underbody. Rear diffusers and spoiler generate sufficient downforce when required without compromising the car’s 3.0 drag coefficient. These active devices deploy automatically when needed contingent upon the basis of a number of performance parameters monitored in real time by LaFerrari’s dynamic vehicle controls. It guarantees the ideal configuration to suit the driving situation. This aerodynamic envelope doesn’t operate capriciously.

LaFerrari is the successor to the formidable Enzo Ferrari. Just to be “considered” for ownership of limited editions such as these, there are contingencies. One must own at least five Ferraris, AND one must be on an intimate first-name basis with Ferrari’s CEO Luca Di Montezemolo who approved all 499 owners personally. LaFerrari escalates supremacy in a luxurious supercar to new heights.

The Enzo Ferrari was built from 2002-2004 and is considered a milestone vehicle for the brand. It’s limited edition roadcars like these that disguise their racing heritage to provide earth-shattering performance ‘under cover’ so to speak. Both LaFerrari and the Enzo Ferrari are automotive masterworks introducing new technical features that will eventually find their way into production models. If you have ever been lucky enough to drive a supercar you will appreciate the serendipitous exclusivity in motion. 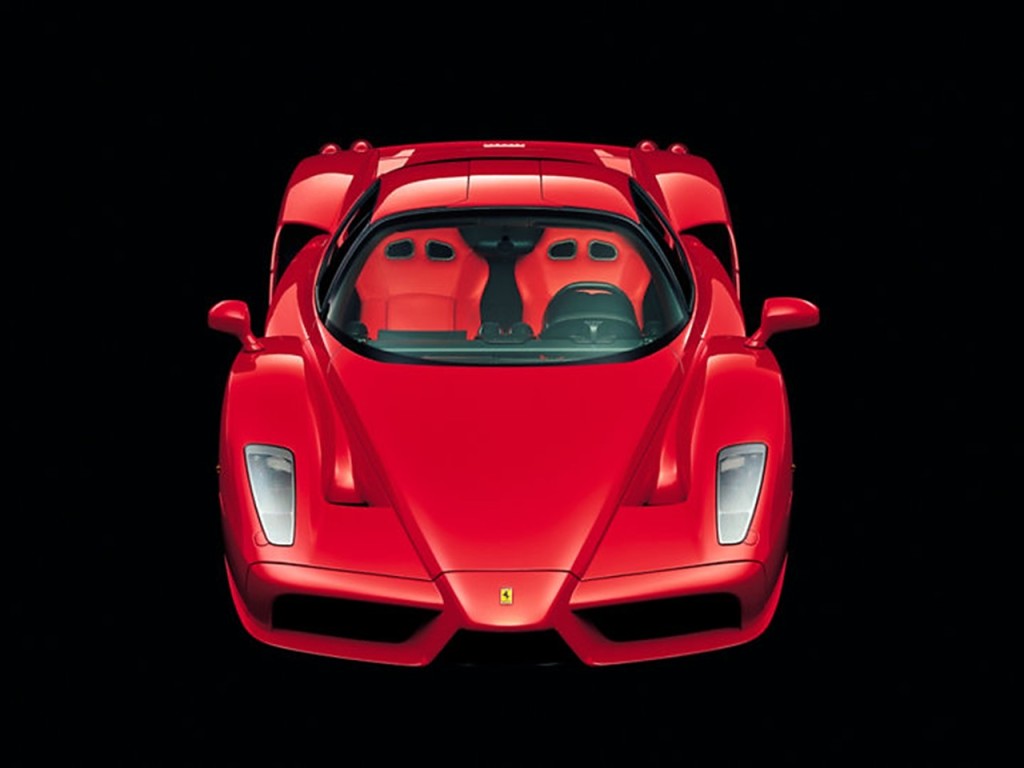 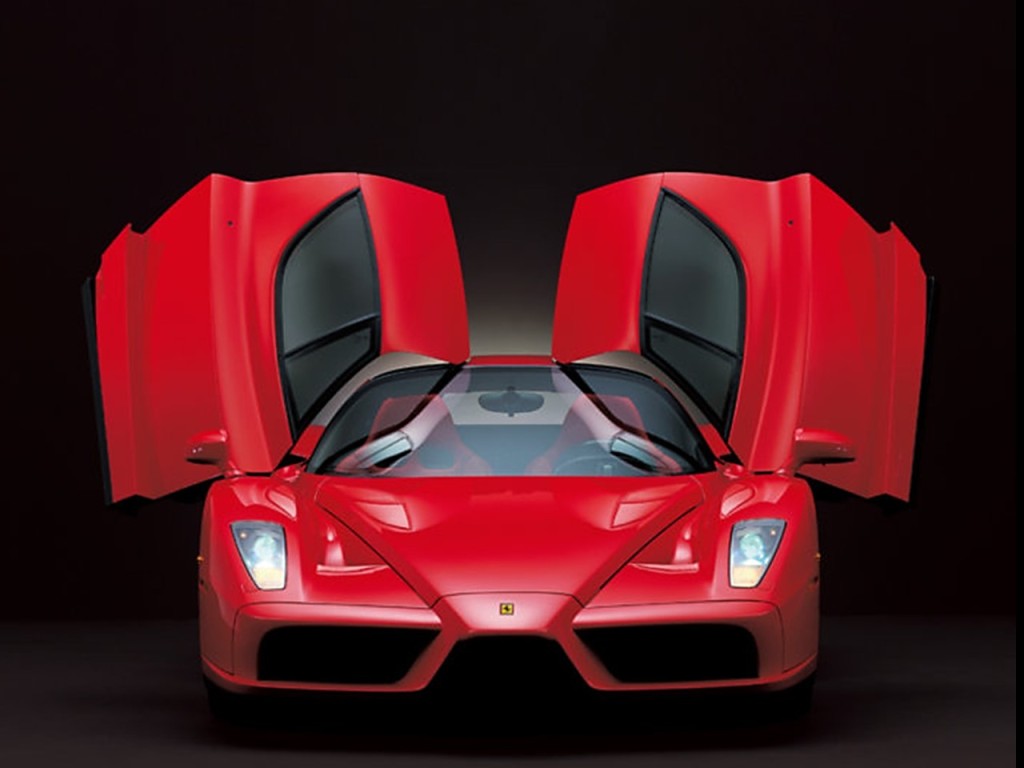 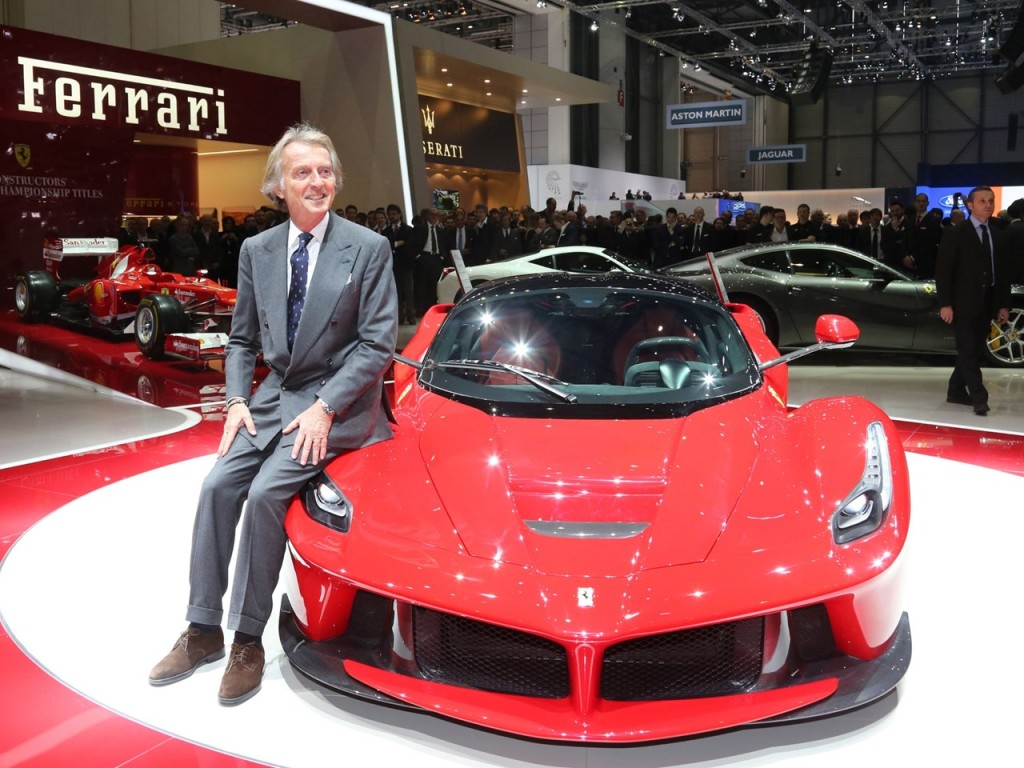 LaFerrari is going to have two stablemates in the near future. Spin-off models are slated for a 2015 launch. These will also be offered exclusively to the company’s most elite clientele…as usual. When the last of the 499 LaFerrari coupe production run ceases, the new series will begin. It is rumored there will be a track-version of LaFerrari called the “FXX” and the LaFerrari Spider. The entire world waits with bated-breath – 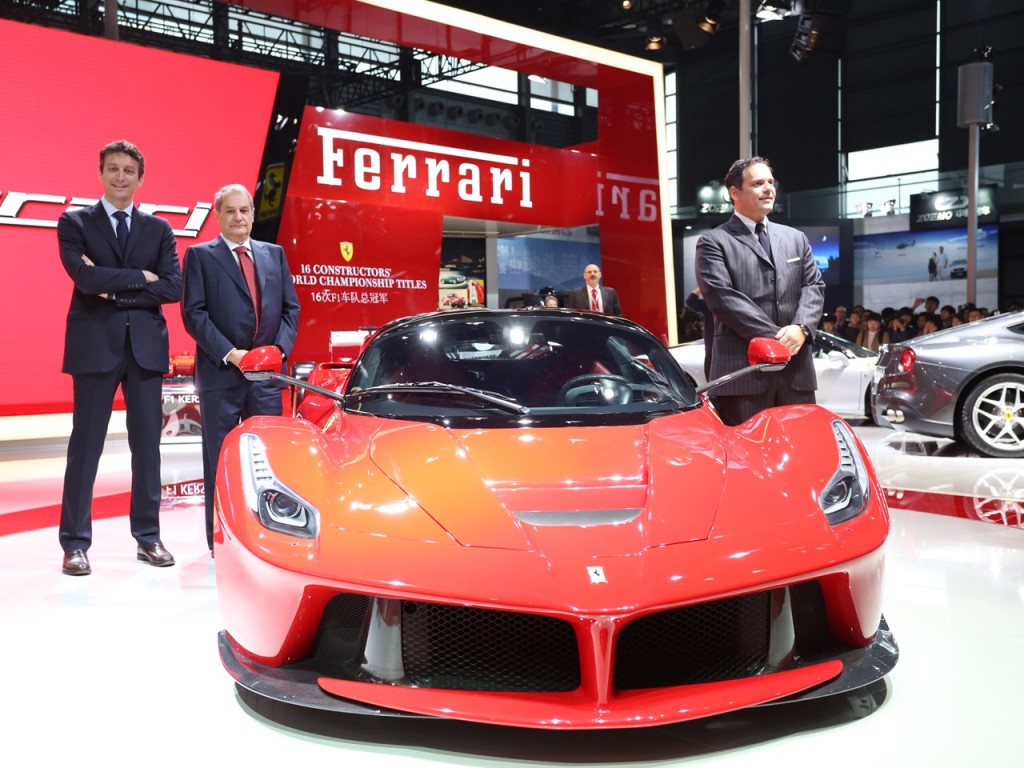 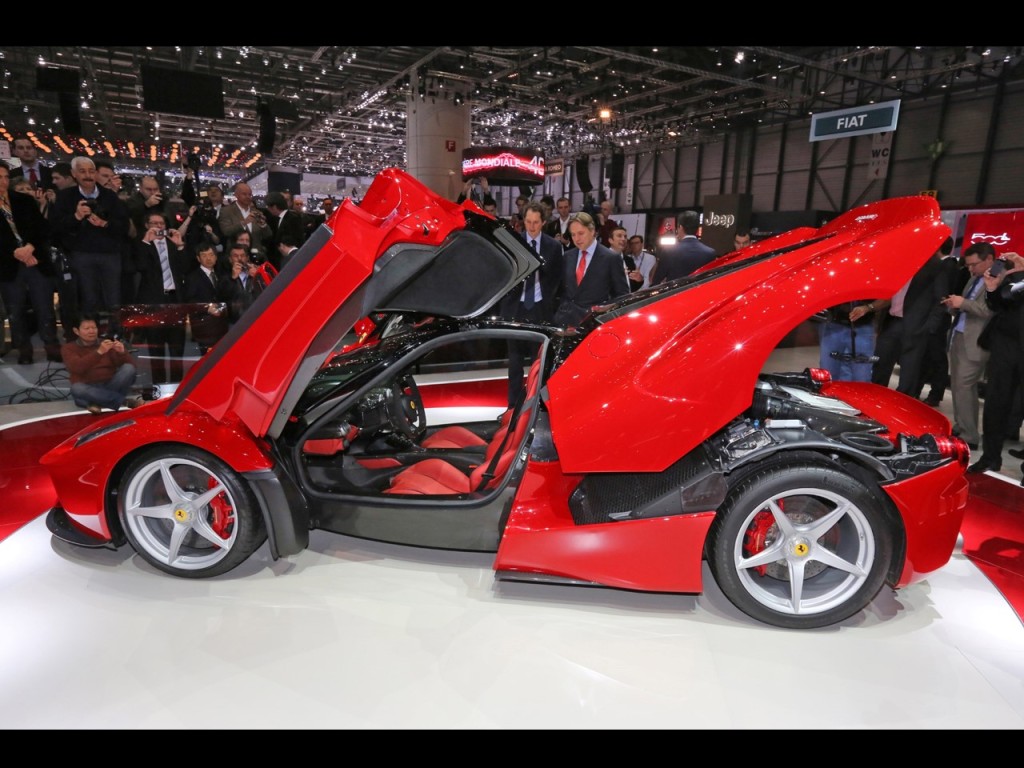 Prancing Horse passion continues with panache and a little savior-faire in LaFerrari. This hybrid supercar is the latest manifestation of everything that makes a Ferrari enthusiast’s heart skip a few beats. Its advanced technology uses lessons learned from the Scuderia Ferrari F1 KERS. Breathtaking sprints from 0-62 mph in less than three seconds are just a tap of the accelerator away and are due in no small part to its 6.3 litre V12 engine combined with the sophisticated HY-KERS technology delivering high torque at low revs. This sophisticated powerplant kicks 950 hp packing a prolific punch with 900 Nm of peak torque with its hybrid motors engaged. This magnificent example of automotive art is available to 499 lucky owners exclusively…rather fortuitous circumstances…don’t you agree? 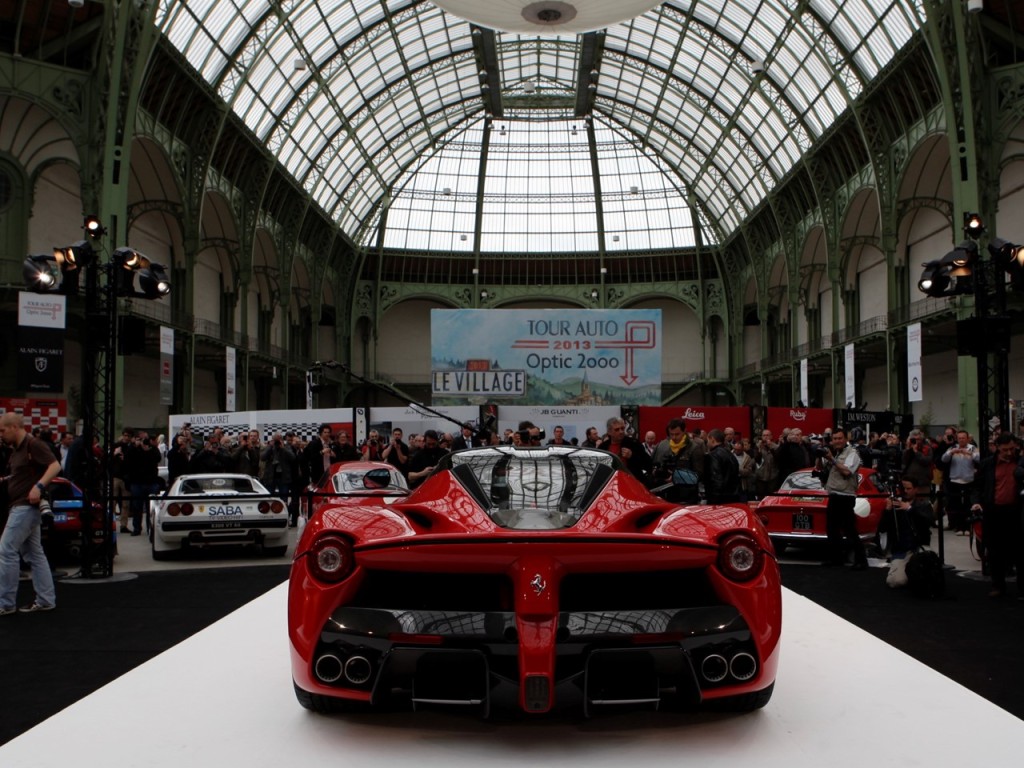