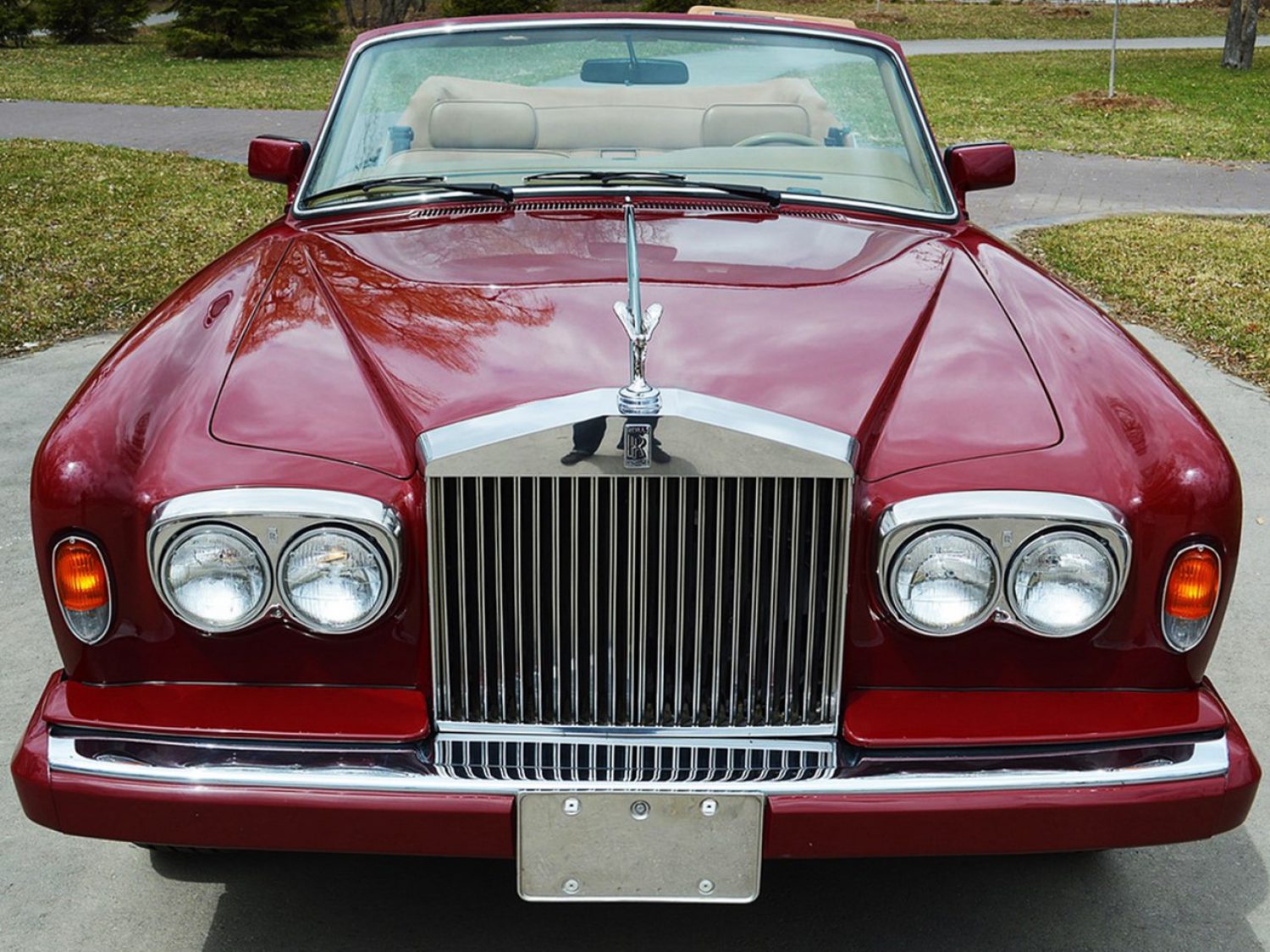 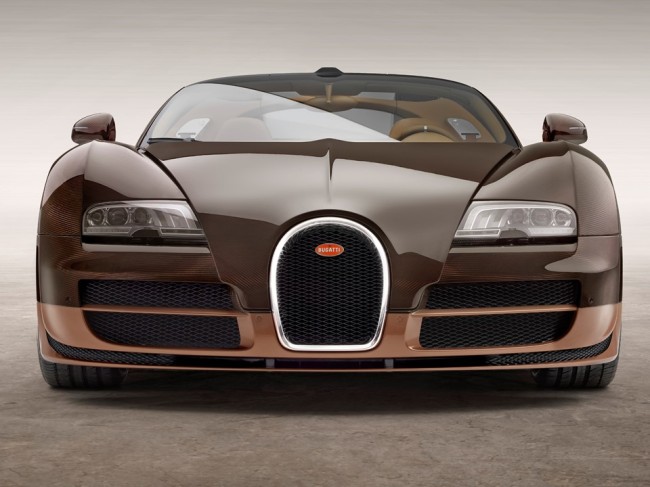 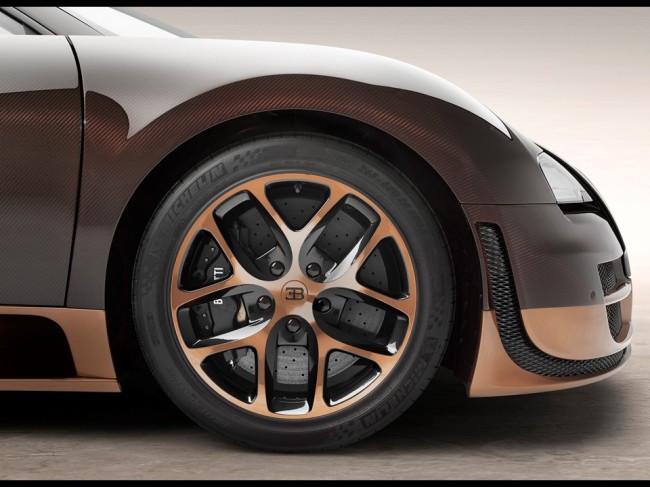 Bugatti released #4 in their 6 part series “Les Légendes de Bugatti” at the Geneva International Motor Show March 6-16, 2014. The exotic “Rembrandt Bugatti” immortalized the life of Rembrandt Bugatti, Ettore Bugatti’s brother. He was a significant presence of the early 20th century as a revered sculptor.

It was Rembrandt Bugatti who created the dancing elephant that adorns the brand’s symbol. All three of this elite series previously presented have all sold out. Each had an average price of $2.2 Million Euros. In each series there are only three vehicles built making these instant works of art…priceless works of Bugatti art. 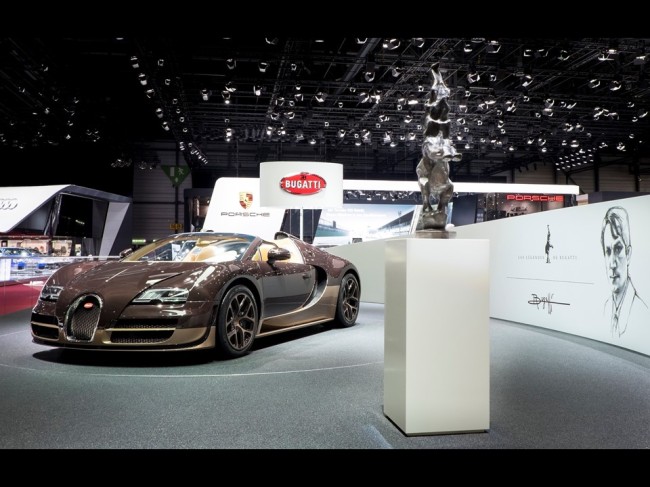 The Rembrandt Bugatti was priced at $2.18 Million Euros and it is as exclusive as the previous three series being built at a restricted pace of only three vehicles. The Rembrandt edition is based upon the formidable Bugatti Veyron 16.4 Grand Sport Vitesse. The core values of the brand are “Art, Forme, Technique.”

Rembrandt had extraordinary artistic talent especially his manual abilities in manipulating surfaces. The “Les Légendes de Bugatti” collector’s series has been an enormous success for the brand. Each model in this impressive series epitomizes the men and the legendary vehicles that helped to shape the Bugatti brand. 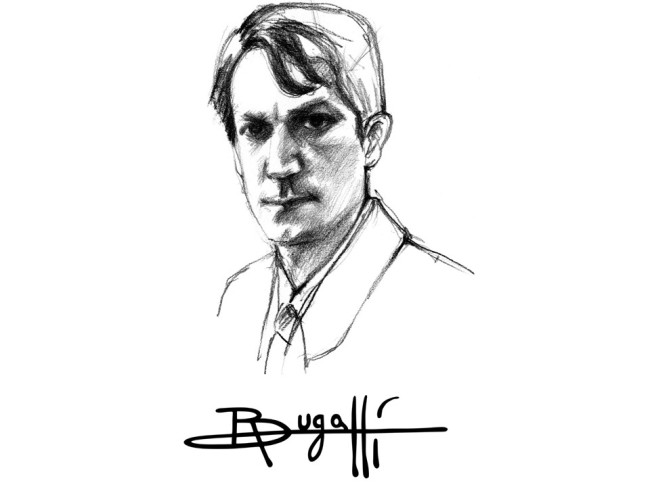 Rembrandt Bugatti grew up in an environment where many of his parents’ friends were from the artistic world. His family even lived in a community of artistic talent. Rembrandt spent a great deal of his time in wildlife sanctuaries. His most popular work was bronze sculptures of animals. Rembrandt Bugatti’s work is highly priced today, worth millions of dollars. Rembrandt Bugatti was one of the most notable and artistically independent sculptors of the early 20th century. His work spans the globe on display in collections and museums. 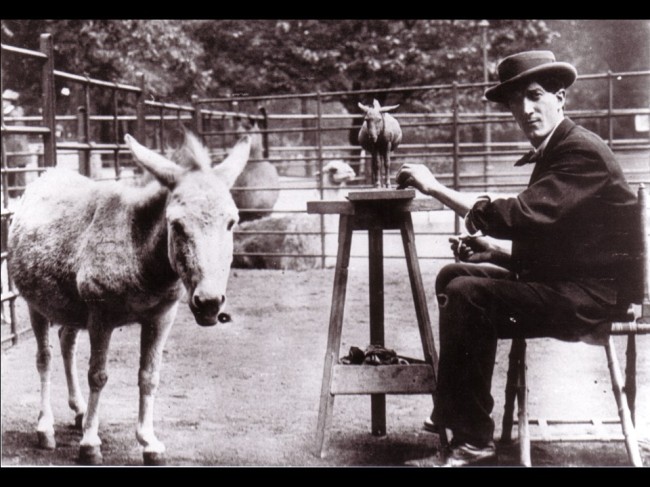 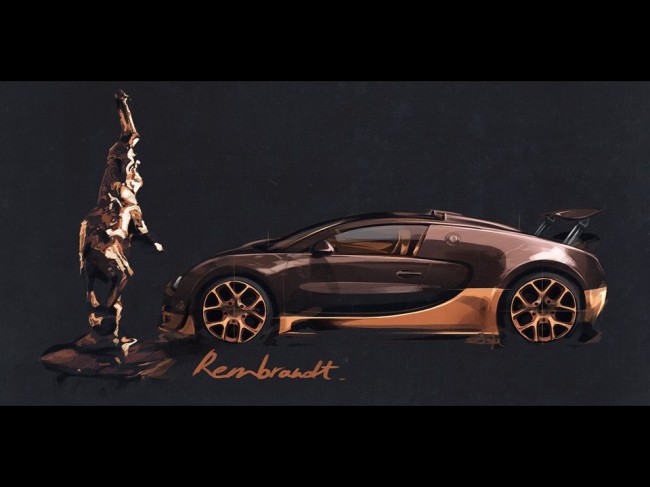 Rembrandt’s most recognizable work is the dancing elephant that is cast in silver for the hood ornament of the Bugatti Type 41 Royale. It eventually became the brand’s logo. Rembrandt began sculpting at an early age. His father Carlo, had visions of him working as an engineer, but recognized his son’s real talent.

Carlo sent him to the Brera Art Academy in Milan. Rembrandt’s first exhibitions were outstanding in Venice and Paris. Rembrandt Bugatti’s life came to a tragic end at the age of 31 when he took his own life after suffering depression from the stress behind WWI. 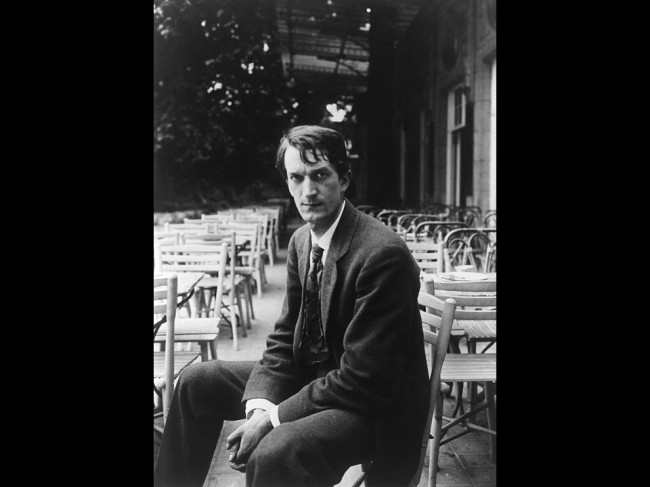 Rembrandt had a fancy for bronze, which is the reason the Rembrandt edition is made of bronze-color clear-coated carbon as the main color scheme. It is accented with light “Noix” brown on the lower body. This elegant profile is augmented by wheels painted “Dark Finchfire” and “Light Noix” browns.

The vehicle’s famous horseshoe gleams in platinum on the front grille and the “EB” logo at the rear of the car. Rembrandt Bugatti’s signature is lasered onto the gas and oil filler caps. Other interior details specific to this Legends Vitesse are the insert of bronze-colored clear-coated carbon on the extended center console with the lettering “Les Légendes de Bugatti”, Rembrandt Bugatti’s elephant, and the door sill strips displaying the sculptor’s portrait and signature. 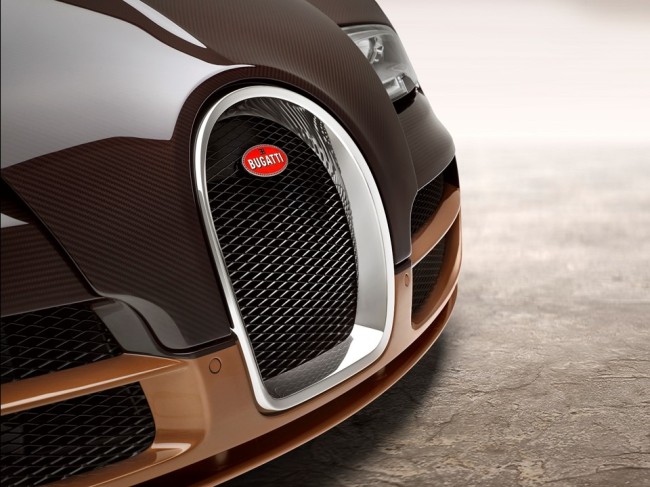 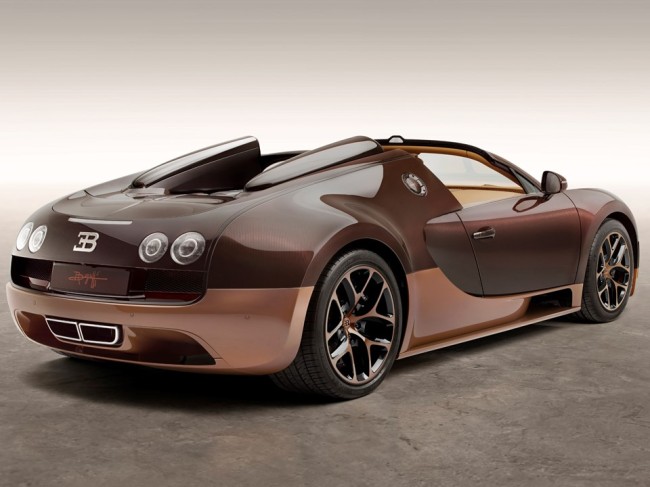 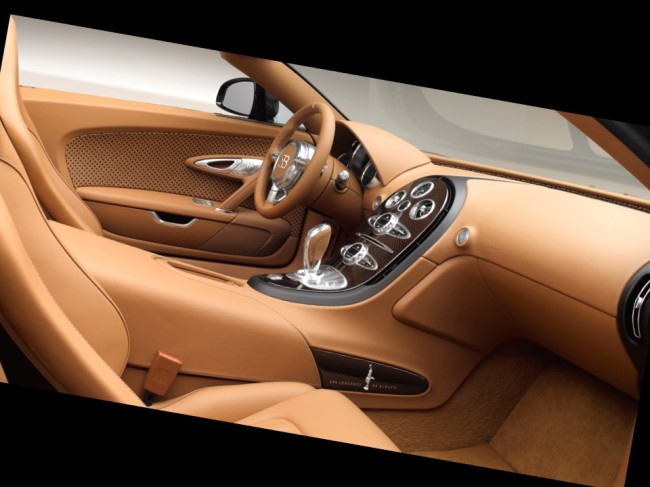 The Rembrandt edition ‘fuses beauty and elegance with great dynamics and sporting appeal’. The drama continues in the vehicle’s interior. It is fully upholstered in light brown “Cognac” leather with unique “braided” technique for door panels in the softly contrasting colors of cognac and coffee exclusively designed for the Rembrandt edition of the Veyron. Platinum graces the interior with the “EB” logo on the steering wheel. 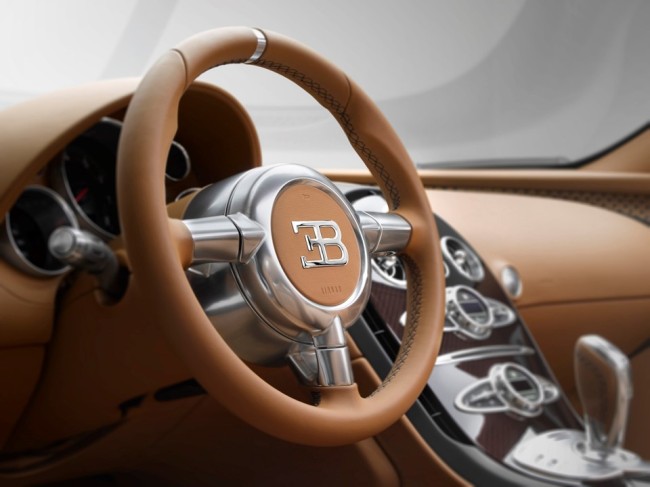 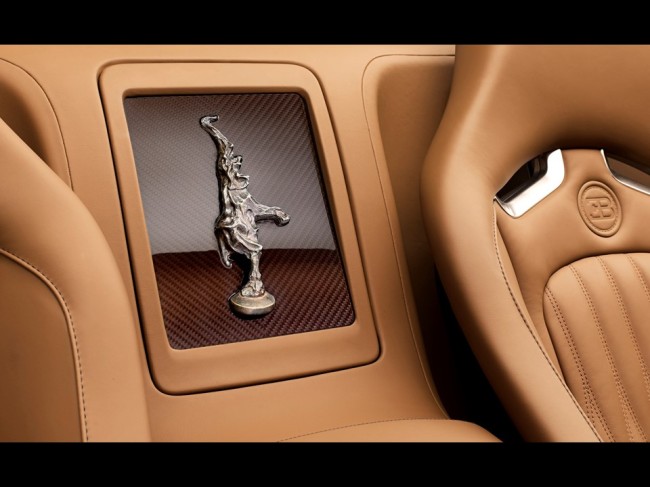 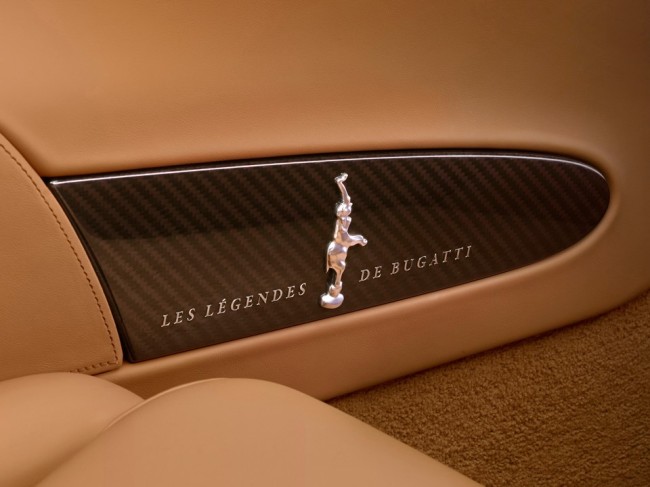 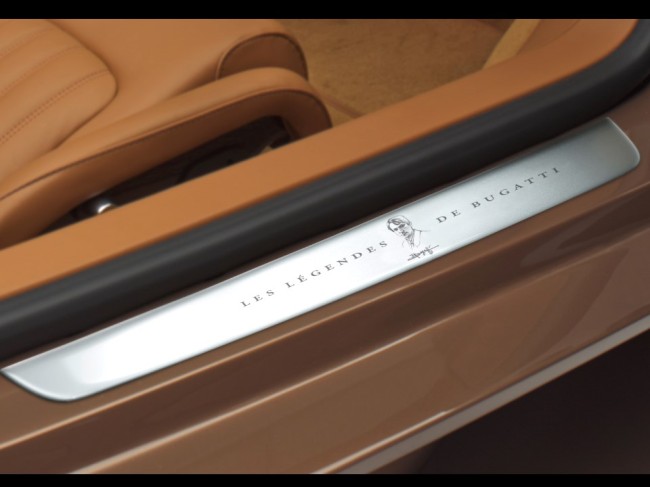 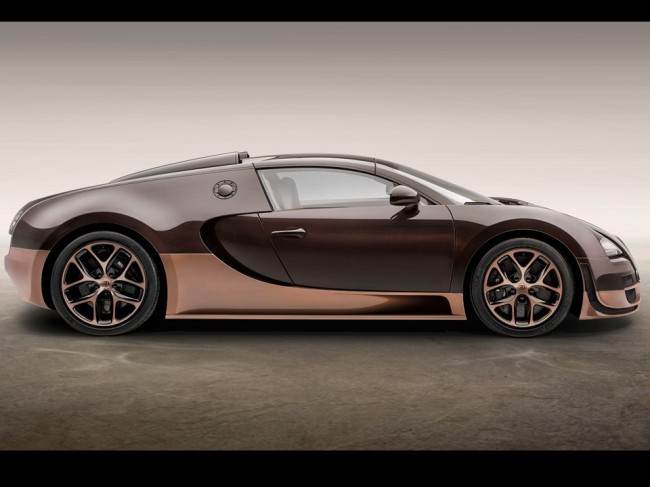 Each magnificent Bugatti Veyron 16.4 Grand Sport Vitesse is equipped with the formidable 8 litre W16 engine that produces an astounding 1200 hp packing a prolific punch with 1500 Nm of peak torque. The Vitesse is rated as the fastest production roadster ever built.

The Veyron is the perfect showcase to exhibit Rembrandt as a work of art. Each edition in this collector’s series is a virtual masterwork, each of the models in this series has a unique signature with its own distinctive personality. They cannot be compared to each other…nor any other car. They each are unique masterpieces of automotive history.

All previous editions of “Les Légendes de Bugatti” have been sold. They are as exclusive as the Rembrandt edition built at an extremely restricted pace of three vehicles per release. Each honors the men and the automobiles that shaped the company’s foundation helping the Bugatti brand to become a timeless legend of exemplary craftsmanship. Each edition in this exclusive series is an instant collectible destined to become museum classics. 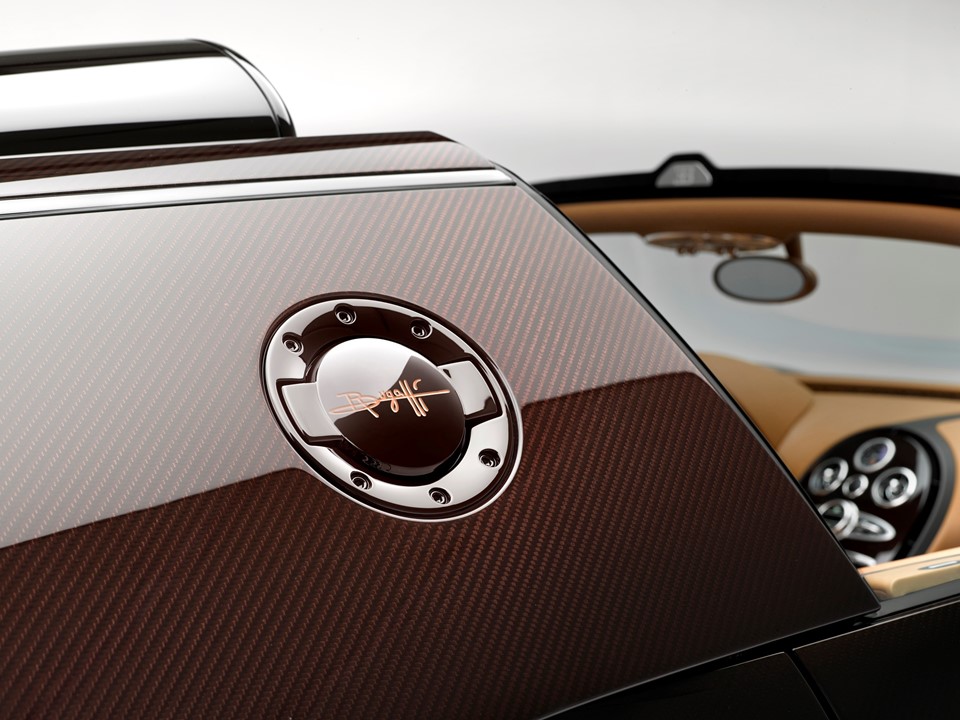 Every Bugatti supercar is special. The Bugatti Veyron 16.4 Grand Sport Vitesse with its 16-cylinder 1200 hp engine is rated as the world’s fastest production roadster. There is no better way to show-off the “Les Légendes de Bugatti” series than the formidable Vitesse roadster. The Rembrandt edition Bugatti is another soon-to-be priceless work of automotive art from the 21st century. The Rembrandt edition is already sold out within the first three days of the Geneva Motor Show. These cars were sold to customers in the Middle East and the US. 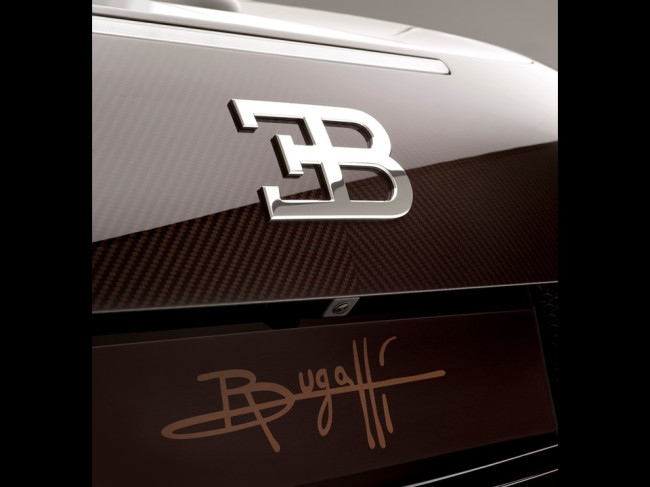 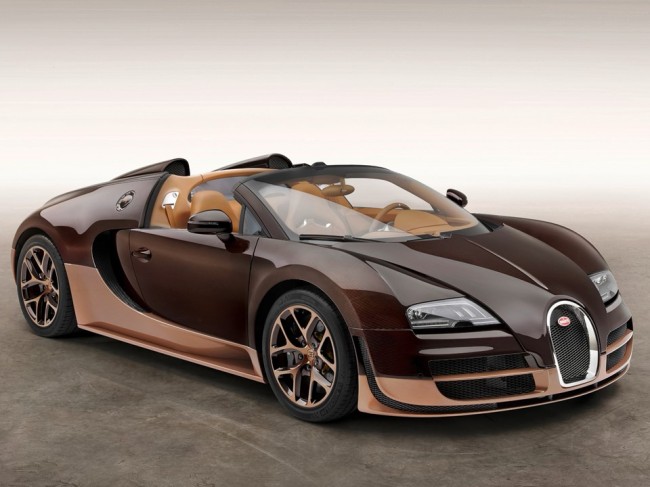