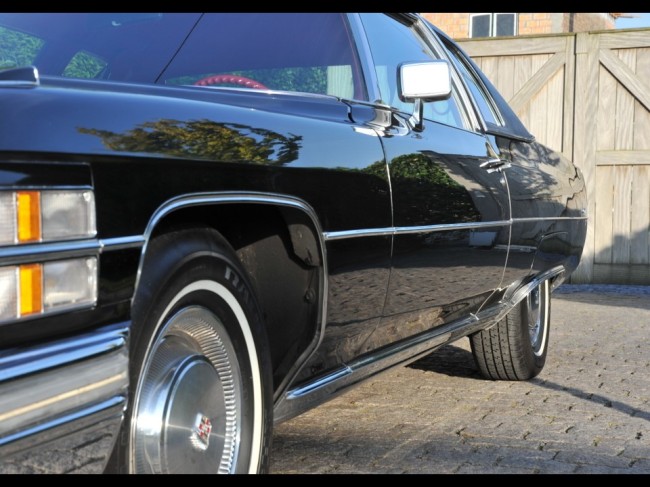 America’s favorite luxury car was even more appealing for the 1974 model year. The Coupe deVille was a stylish way to drive in the Spirited Seventies. Coupe deVille always displayed a refined personal luxury. The Cadillac DeVille was elegantly sophisticated. Year after year the DeVille series was enjoyed by more luxury car buyers than any other luxury brand. Its youthful attributes were evident in its brand new lines. Not only was the exterior refined but the interior as well. The 1974 Cadillac Coupe deVille was the latest edition in the DeVille Hall of Fame….in the continuing saga of “As the Standard of the World Turns.”

Its youthful new design was highlighted by a private coach window design. A new half vinyl roof treatment, called the Cabriolet, further augmented the stunning new look of the Coupe deVille. The refresh for the front end styling made the 1974 Cadillac more dramatic. New headlamp grouping combined with the new cornering lamp was designed into a tasteful single unit. The new rear end design utilized a bumper system that telescoped into thermal plastic end caps upon impact. The new white-on-grey bumper impact strips blended into the bumpers anonymously. These were extraordinary when it came to minor parking dings. With the Coupe deVille’s re-style, it looked completely different, it was longer with “attitude.” It still possessed that poised dignity which was the hallmark of every Cadillac. 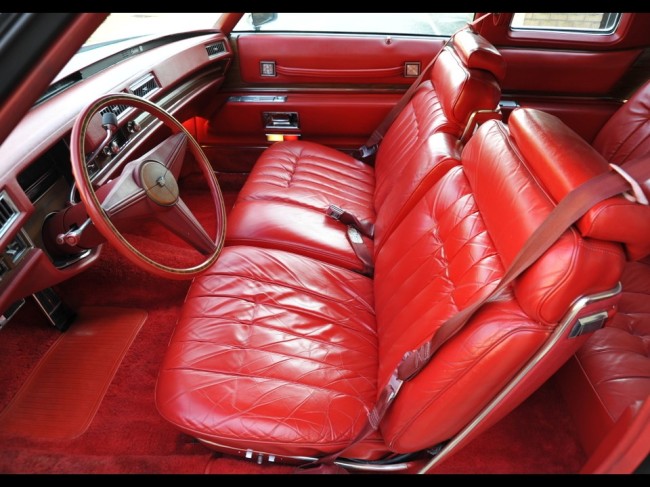 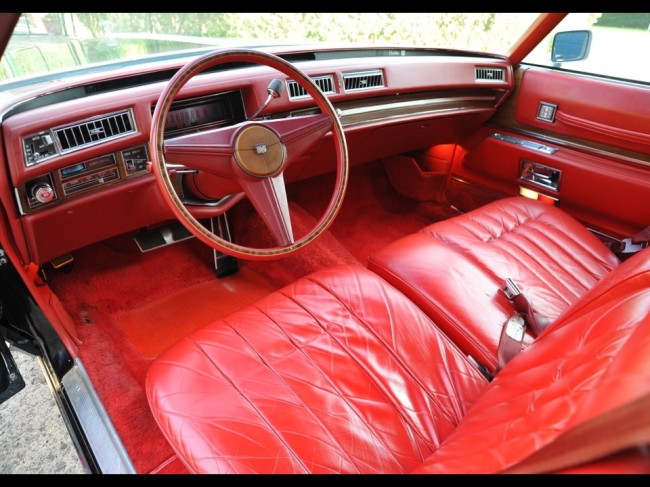 The 1974 Cadillac Coupe deVille was as dramatic inside as its exterior styling. A new sweeping “lap of luxury” dash was more contemporary and it also increased front seat passenger room. A fully leather upholstered interior by Fleetwood was available in 14 trim combinations. Also available was Maharajah a textured new damask material in five colors, and an exotic two-toned striped velour called Mardi Gras was available on DeVille for the first time. Exclusive gold tone on silver dash knobs added an even more elegant look. An acoustical network of sound-deadening materials including double seals on the doors further reduced noise entering the passenger compartment. For the 1974 model year, the DeVille received a special edition called “d’Elegance.”  This combination of interior and exterior luxury was available for both Coupe and Sedan deVille. 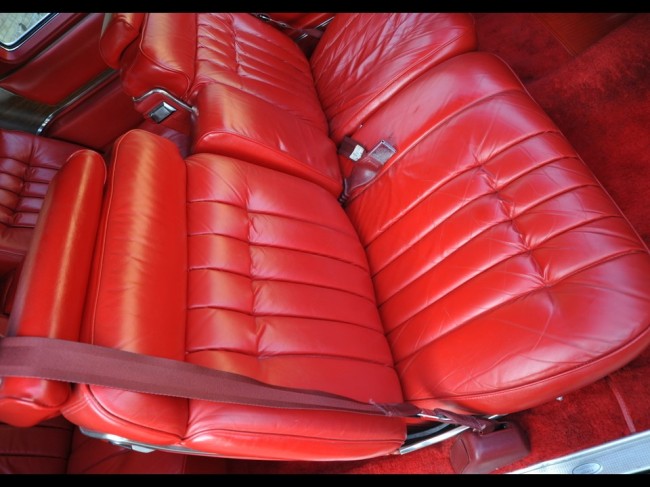 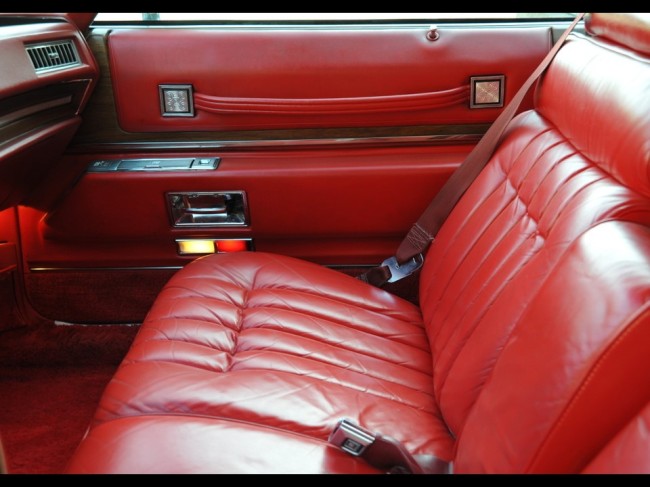 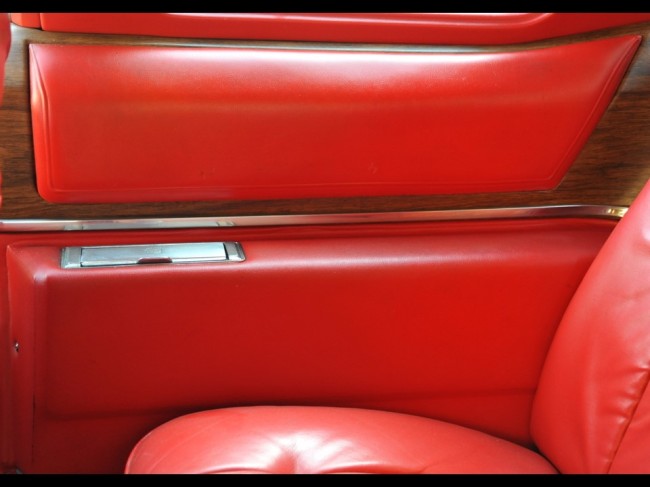 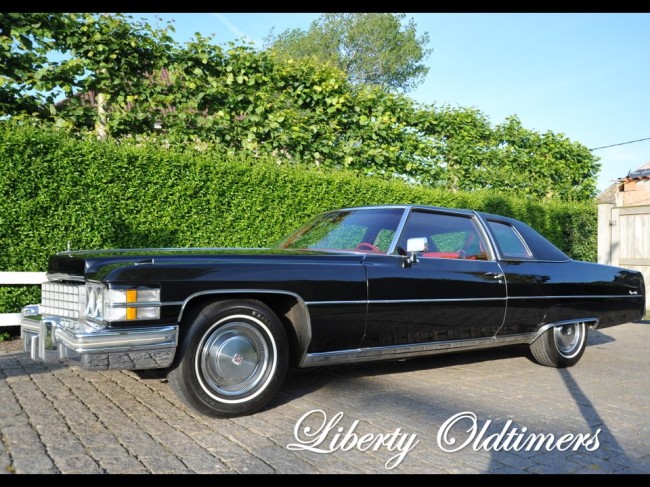 For the 1974 model year, the DeVille received a special edition called “d’Elegance.”  This combination of interior and exterior luxury was available for both Coupe and Sedan deVille.  This new luxury option package featured a new see-through stand-up hood ornament and a “d’Elegance” script just behind the new quarter windows for the 1974 Coupe deVille. Discreet paint striping also set it apart from the standard Coupe deVille.

Inside, the new fabric Mardi Gras was available in four colors with matching leather bolsters. Other signature features for the “d’Elegance” option package included: deluxe door trim panels in Mardi Gras, storage pockets in the back of the front seats, and deep pile carpeting with color matched carpeted floor mats. The d’Elegance option was the pinnacle of Cadillac luxury. Another popular option available for the first time on Coupe deVille was the exterior Cabriolet half vinyl roof treatment which featured a luxurious chrome strap bordered with vinyl welts haloed the entire back roof section. The 1974 Coupe deVille Cabriolet with the d’Elegance option was the Cadillac superlative in the “Standard of the World” fashion. 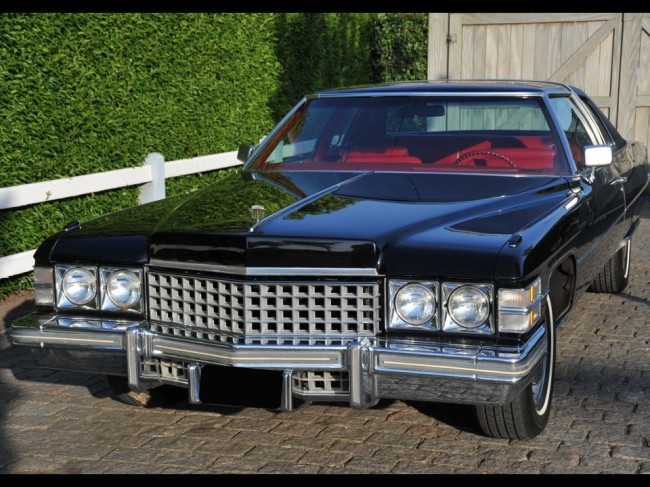 Standard was Cadillac’s dual hydraulic power braking system with independent front and rear operation. They had a self-adjusting feature when the vehicle was driven in reverse and the brakes applied. The system used a large two-piston power booster and larger front wheel brake cylinders. The parking brake was a true auxiliary brake, it had a vacuum release when the transmission was shifted into gear, therefore, it would not lock with the engine running and in gear. Also standard was Cadillac’s Variable Ratio power steering with fast response and a high-capacity pump. 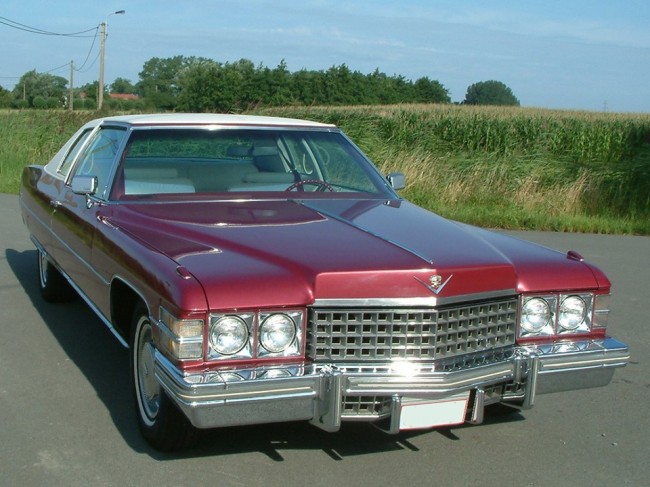 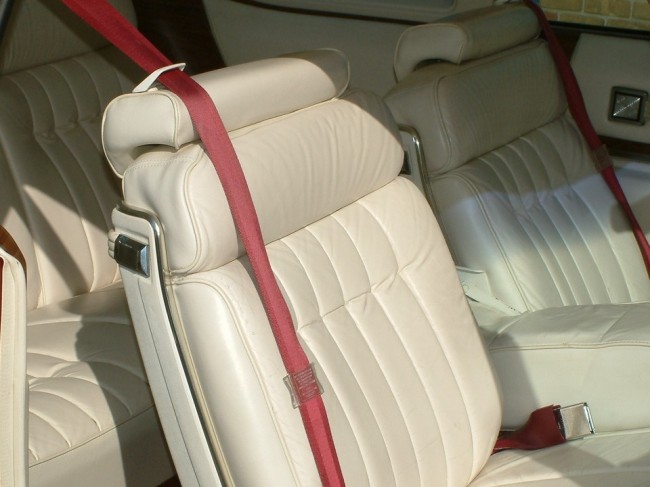 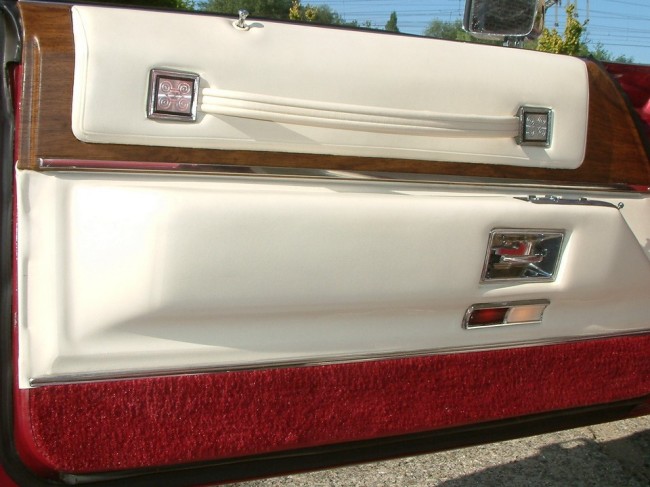 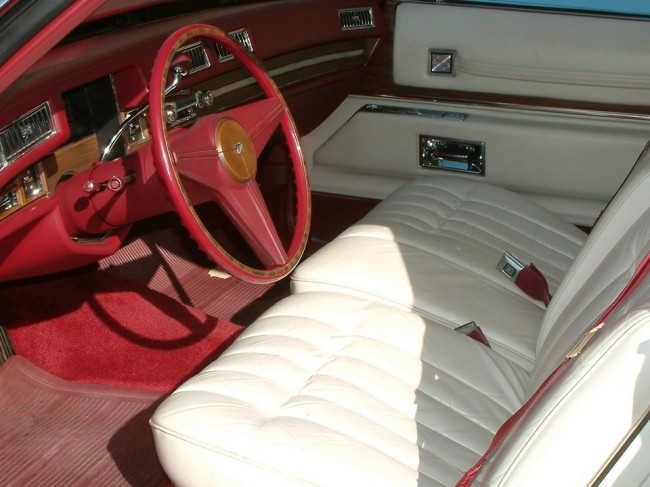 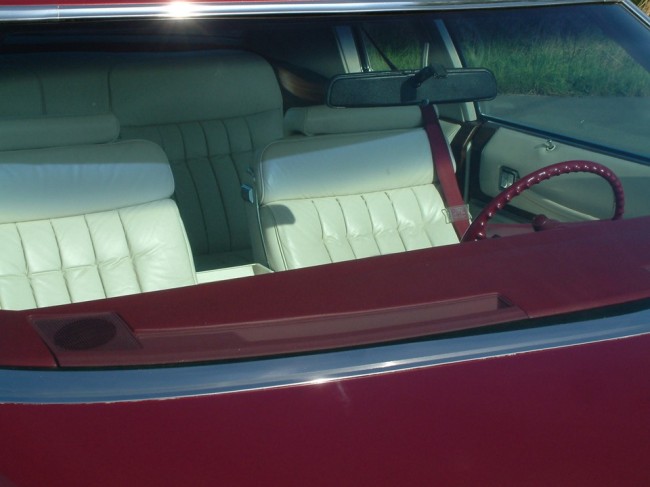 Model code #6D D47/J Coupe deVille had a base price of $6,560, there was a price increase to $7,867. Cadillac built 112,201 Coupes deVille for the 1974 model year. Cadillac luxury was at an all-time high. The Coupe deVille received new styling features including the new opera windows. Refinement to engine and underpinnings made the Cadillac magic carpet ride even more silky smooth impervious to vibration. It was a serene ambiance inside the Coupe deVille with its new dash, steering wheel, and door panels that were understated but elegant. The 1974 Coupe deVille exhibited a youthful zest and the elegance of Cadillac luxury and presence…..this was another DeVille encore performance….in the continuing saga of “As the Standard of the World Turns.” 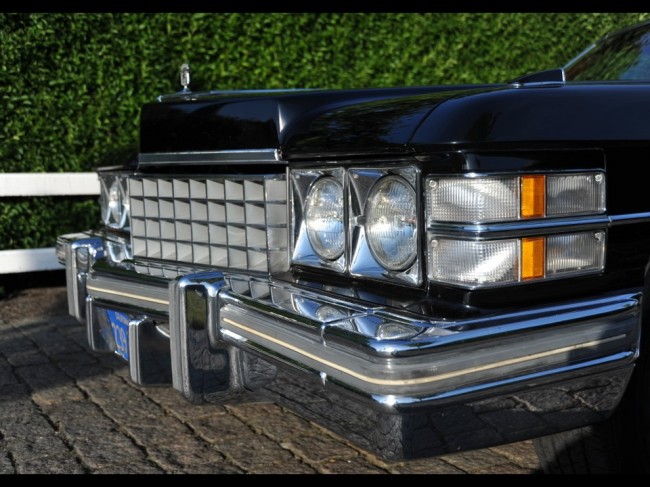 A legend became a lifestyle…..