This is our feline friend on the prowl…a leaper

The sexiest of the felines purring its way in auto enthusiast’s hearts was the Jaguar XJS Cabrio. Its engine purrs to life when one turned the key. It purrs down the highway….then like a cat, it takes off quickly passing everything ahead of it. It felt strong and powerful. I was impressed the way it “pounced” upon other cars so fast! Nimble like a cat it was, and extremely light on its feet. As the successor to the iconic E-Type, the XJS had a tough act to follow. The 1995 Jaguar XJS 4.0 litre Cabrio made an elegant statement as a grand tourer. It had a successful production tenure from 1975 until 1996.

Its purr-fect power came from a refined 4.0 litre 24-valve DOHC AJ16 engine with coil-on-plug ignition. It utilized the Lucas electronic indirect fuel injection system. The engine produced 237 hp @ 4,750 rpm with 382 Nm of torque @ 4,000 rpm. The XJS leaped from 0-60 in 3.7 seconds, 0-100 in 8.7 seconds, and had a top speed of 144 mph. It idled so smoothly, one had to check the tach to make sure it was still running. The engine was mated to an electronic ZF 4HP24E 4-speed automatic transmission. It was a front engine rear drive configuration. The XJS Cabrio had a 101.9” wheelbase; it was 70.6” wide and had a total length of 189.8”. It rode upon an independent front wishbone suspension with stabilizer bar, while the rear was fitted with coil springs. 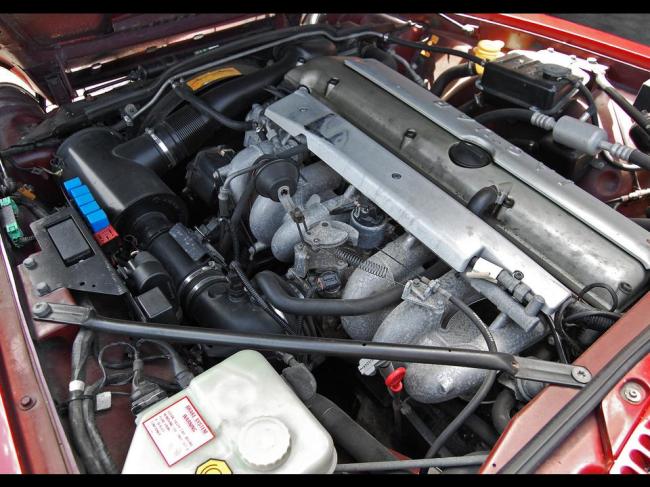 The 1991-1996 XJS models were the finale for this series. It was re-engineered in 1991.  The 4.0 litre AJ6 was refined and a new 4.0 litre convertible was added to the line-up. The available V12 engine was bored out to 6.0 litres in 1992 now producing 304 hp. The transmission for the V12 was updated to a GM 4L80E automatic transmission with overdrive. The rear brakes were modified with “outboard” positioning instead of the more complex inward positioning. By 1994 substantial revisions were made to the AJ6 engine which was now known as AJ16. In 1995 the final spec changes were made.

The XJS was discontinued in 1996 after a 21 year production run. A total of 27,406 XJS models were produced between 1991 and 1996. 18,574 of these were convertibles. Body colored impact absorbing bumpers front and rear were part of the revised exterior styling. Halogen headlamps were standard. A limited edition “Celebration” model was created to commemorate Jaguar’s 60th Anniversary. These cars can be identified by their diamond turned alloy wheels, special upholstery and a wood trimmed steering wheel.

If you had driven earlier versions with their oil on your garage floor and let’s not forget the electrical problems and the catastrophic failure for no apparent reason, you may be skeptical. Those days were gone. The 1995 XJS convertible was fun to drive. The 2+2 design could have been omitted, the front seats touched the back seats, and therefore, one must be a contortionist once back there and hopefully not claustrophobic. It is rumored that Jaguar added the rear seats to qualify the owner for a lower insurance  premium because 2-seaters are more expensive to insure.

From 1986 on, the eminent coachbuilder Hess & Eisenhardt did a full convertible conversion to post production XJS hardtops. To extract the roof fully, the fuel tank was converted into two separate tanks to accommodate the lowered roof into its well. Twenty pound weights were placed behind the headlamps to eliminate harmonic resonance because of the extensive modifications and the vibrations that could destroy the car. The Hess & Eisenhardt convertibles may be identified by the small badges on the front fenders behind the wheels, and its convertible roof folded deeper into the body creating a cleaner profile. 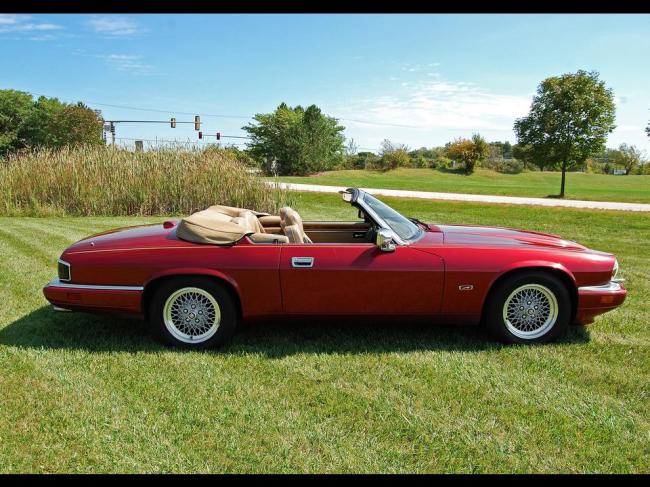 The beautiful XJS convertible was fast, luxurious, and sophisticated. It was quick and nimble with cat-like reflexes. It was an extremely elegant and responsive cat when equipped with the 6.0 litre V12 engine. The Jaguar XJS offered exhilarating open-air motoring with grand touring style. Whether one chose the 4.0 or 6.0 litre engine, the Jaguar XJS was a driver’s car begging for the open road. Prices for the 1995 XJS convertible were around $61,550 for a nicely equipped 4.0 litre kitty and $82,550 for the V12. Throughout the world, Jaguar is recognized for stately luxury in the British tradition. The XJS series was replaced by the XK8 in 1996. 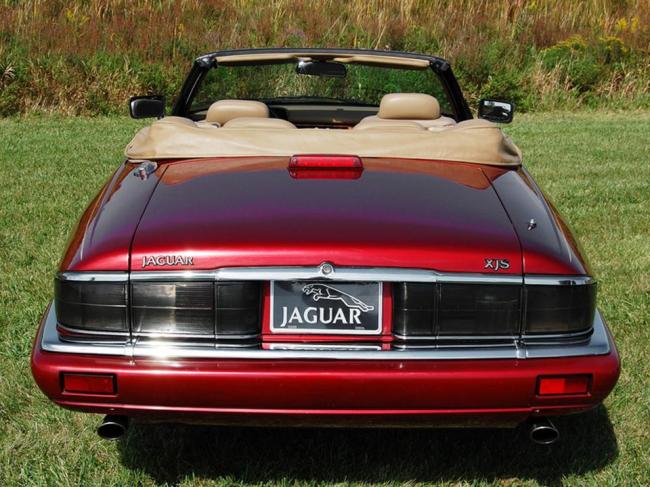