For 1965, Cadillac was completely restyled. It was beautifully new and distinctively Cadillac. The masterful artisans united its tradition of luxury and elegance with a youthful new look. The Fleetwood series augmented the model line-up. Every line and contour had been redesigned to make the car look longer and sleeker, but make no mistake, the illustrious Fleetwood series was still the leader. It was truly a masterpiece from the master craftsmen. Beauty was the art of Cadillac stylists. Cadillac was the “Standard of the World” and the Fleetwood was the signature series. Fleetwood crafted all Cadillac interiors…..but with this model, Fleetwood crafted the entire car. Its uniquely regal stature had that “poised” dignity which was the hallmark of every Cadillac.

There was nothing more majestic than the eminent Fleetwood Series Sixty-Special. This was luxury on the grand Cadillac scale. This magnificent sedan was impressive in both size and luxury. Its distinctive side and rear styling set it apart from the DeVille and Calais series.  The Fleetwood name denotes a special model back to 1938 and the days of Bill Mitchell, a very talented GM designer. The Sixty-Special was synonymous for Cadillac’s supreme exclusivity. The all-new 1965 Sixty-Special was no exception.

With its commanding individually longer wheelbase of 133 inches, boulevard travel intrusion was negligible as this luxury land-yacht smoothed out the worst asphalt and took curves in stride. There was nothing more satisfying that viewing the world from behind the wheel of a Fleetwood Sixty-Special.  All Fleetwood models came standard with automatic level control. This was the hydraulic version of today’s electronic level control. Other Fleetwood standard amenities included a graciously appointed interior with real wood trim, power windows, even power ventipanes, power front seat, front and rear wide folding center arm rests and an outlet to direct heat to the rear compartment. 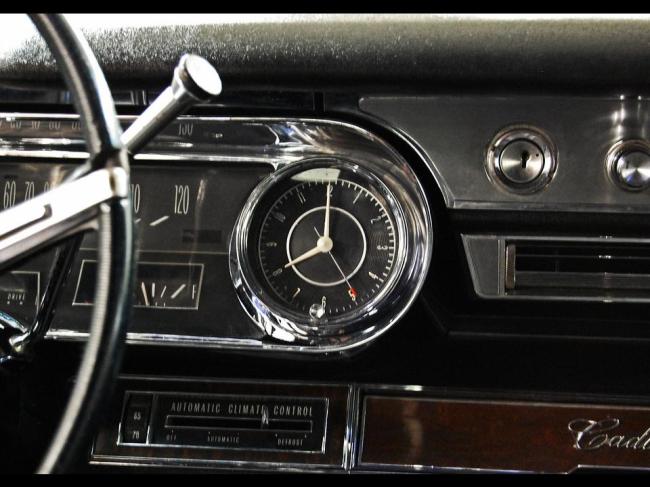 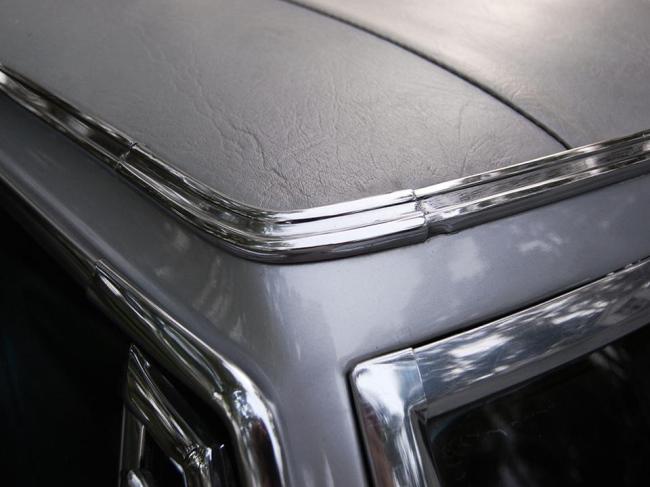 The Brougham option, first time the Brougham name had been used since 1960, made the Sixty-Special even more elegant. This option introduced the new padded roof style with “halo” effect moldings available in white, black, blue, and sandalwood. The Brougham option offered five combinations of embroidered Danforth cloth, five choices of  Devon cloth with leather, and seven optional choices of a fully leather trimmed interior. Its longer wheelbase afforded rear passengers with more legroom. Carpeted footrests were one of the signature features of this luxury option. The Cadillac Wreath and crest with “Brougham” nomenclature on the rear C pillars identified it. 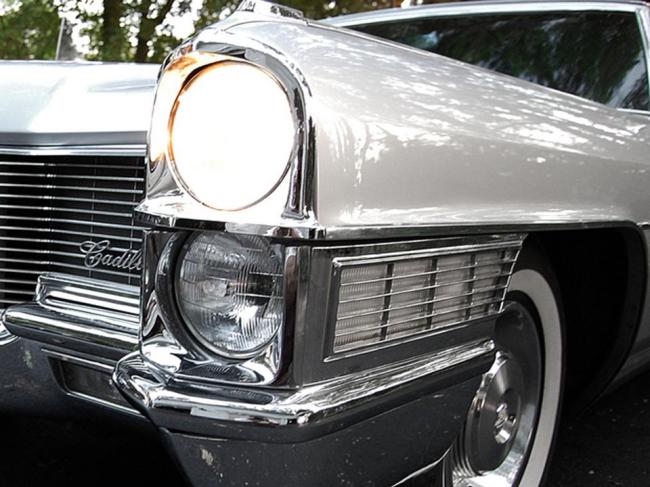 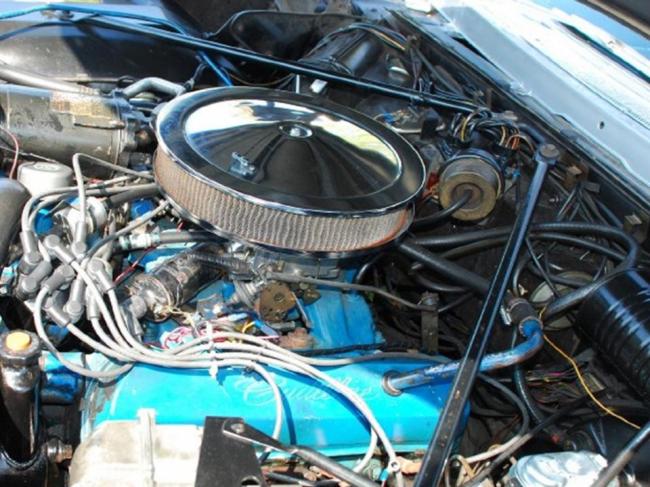 The Fleetwood Sixty-Special Brougham rode on a full perimeter box frame replacing the old X-frame adding more rigid structural integrity. Its length was 227.5”, the width at 79.9”, its height stood 56.6” and its curb weight was 4,800-5,000 pounds. An extremely solid car such as this improves the ride, combined with the longer wheelbase….it rode like a big ole’ floating Barco lounger! The power was supplied from a 429 CID (7.0 litre) OHV V8 that produced 340 horses @ 4,600rpm. The engine had five main bearings with hydraulic valve lifters. It utilized a Carter 3903S AFB four barrel carburetor. The engine had a cast iron block. (no loose bolt/head gasket syndrome here huh) The transmission was a three speed TH-400 automatic that made virtually imperceptible gear changes. 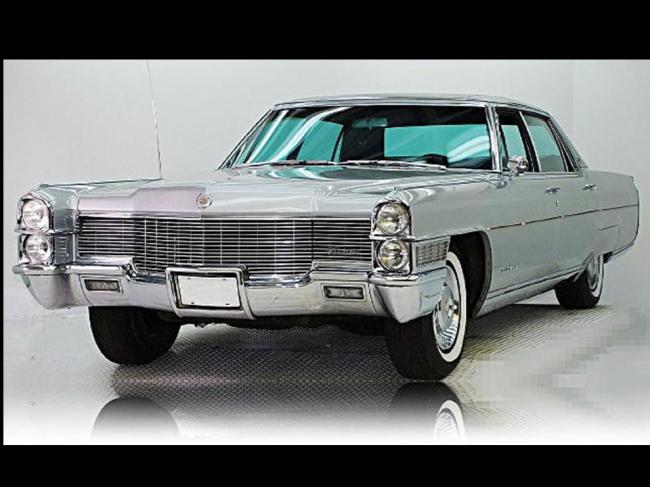 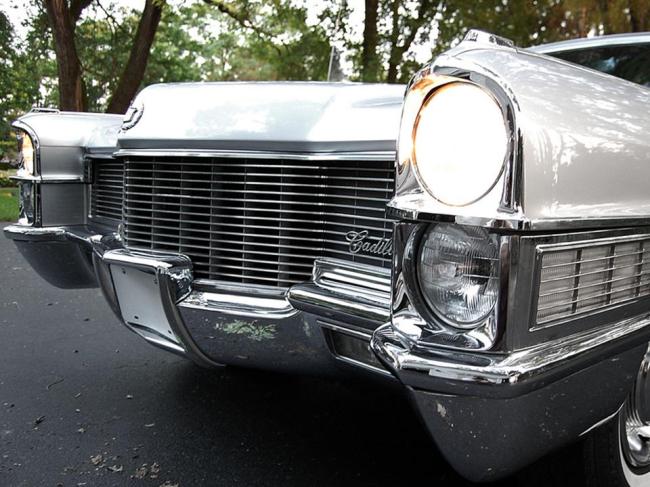 The complete body change gave the 1965 Cadillac a longer lower silhouette with trimmed tail fins absolutely flat for the first time since 1947. Headlamps switch from horizontal to vertical placement giving the front end an all new look. 1965 Was a banner year for Detroit, Cadillac produced close to 200,000 cars. The Cadillac factory had to close July 8, 1964 for complete re-tooling for the new 1965 Cadillac. The plant re-opened August 24, which was the longest plant shutdown in Cadillac history. This new re-tooling allowed potential production for 800 cars per day which was an all time high. 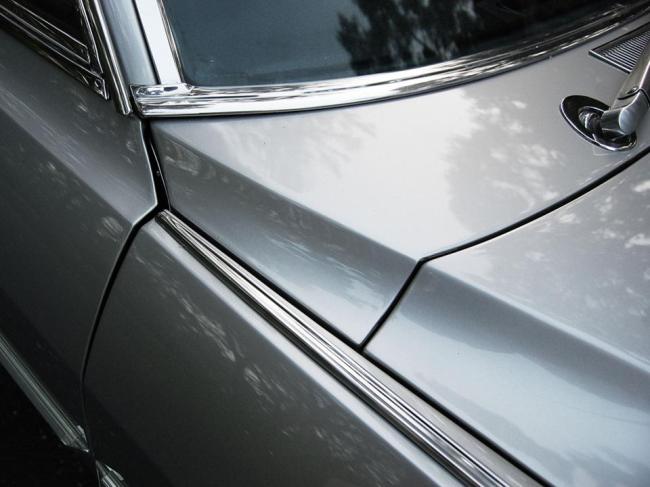 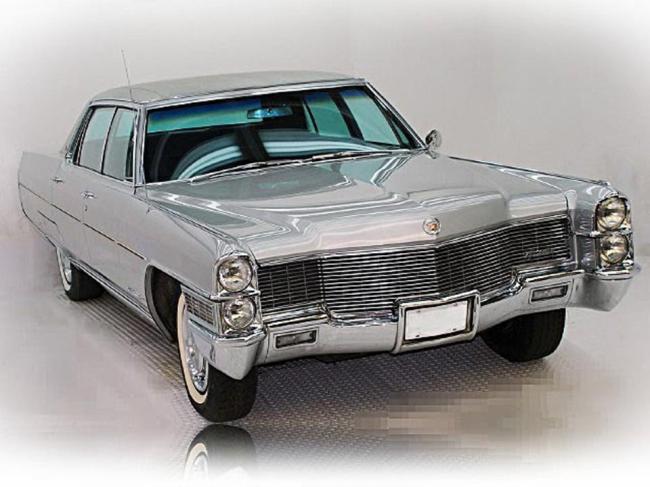 Whatever the occasion……there was no more gracious way to arrive than in the 1965 Cadillac Fleetwood Sixty-Special Brougham. It was identified immediately in any gathering of fine cars. This rare achievement in motoring offered supremacy and exclusivity as it showcased its preeminence in the luxury car arena. It was the most distinguished of all Cadillacs. Its unparalleled luxury and elegance was only exceeded by its beauty. The Cadillac Fleetwood Sixty-Special Brougham was created for the most discerning owner who could be satisfied with nothing less than the epitome of luxury and presence. 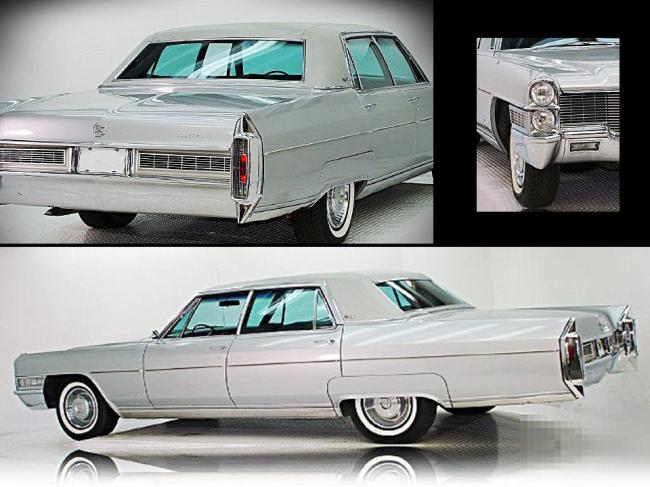 "As the Standard of the World Turns", Cadillac, Collector's Series