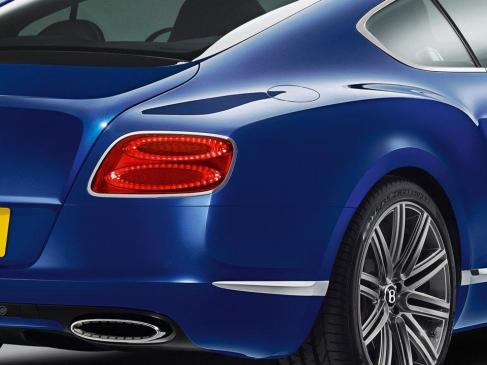 The Bentley Continental GT was unveiled March 3, 2003 at the Geneva Motor Show. This was the first all-new Bentley design in 70 years, and the first Bentley to be designed and engineered solely for Bentley Motors since the old 8-litre of 1930.

The Bentley Continental GT is a two-door two-plus-two Grand Touring coupe that replaced the Continental “R” and the Continental “T” series. It is equipped with an alloy 6.0 litre twin-turbocharged W12 engine. This power plant produces 552 bhp @ 6,100 rpm propelling this all-wheel drive luxury sport coupe from 0-62 mph in 4.8 seconds averaging a top speed at 197.6 mph. The Bentley Continental GT is not only the fastest road car, but the fastest four seat car in the world. This is a true British Grand Tourer.

Surprisingly, the engine is the smallest 12 cylinder currently in production. The aluminium block is just 513mm long by 715mm high and 710mm wide. The Continental GT is not status quo per its 12 cylinder power configuration. A conventional 12 cylinder engine would have two long rows of six cylinders. “Big Ben” staggers each bank of cylinders creating two V6 engines mated to a common crankshaft. This is where that “W” effect comes into play….. 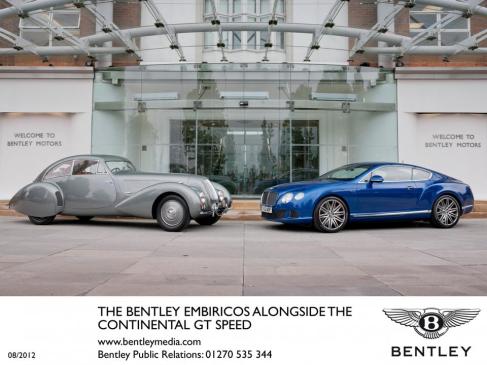 August 1, 2007, Bentley released details of a more powerful Continental GT. Power increased from 552 bhp up to 592 bhp with a top speed of 202.6 mph. It was named the Continental GT Speed and it is evident in its impeccable performance. It accelerates from a standing start to 124 mph in just 16.2 seconds. This was the first production Bentley capable of reaching 202.6 mph.

The next generation of the Continental GT Speed began from its introduction at The Goodwood Festival of Speed in 2012 and the Moscow Motor Show the same year. The latest and most potent GT Speed yet. It now can reach 100 mph from a standing start in just 9.0 seconds. OK, so that’s too fast? How about springing from 0-60 in just 4.0 seconds then? There’s nothing benign about this iconic Grand Sport. The alloy 6-litre twin-turbocharged W12 engine now delivers a prolific punch with 616 bhp @ 6,000 rpm and a top speed of 205 mph. Ride height was lowered with special chassis and suspension upgrades to handle the increased power. Effortless torque at low revs is a Bentley hallmark.

A new ZF eight-speed close ratio automatic transmission with contemporary engine management software provides instantly accessible high performance. The ME17 engine management system is the latest which enhances turbocharger control, manages torque and improvements to maintain positive drivability. A revised ‘sport’ mode provides sharper throttle with faster response for effortless acceleration at any speed. The Electronic Stability Control (ESC) is designed to network with the ME17 engine management system. Gear changes at any speed are virtually imperceptible. Remember now, this is “Big Ben.”

The new transmission has a feature called “Block shifting” technology which allows the gears to be shifted directly, for example, from 8th gear to 4th gear, making the response immediate. I believe they used to call this action “double-clutching.” This is the fastest two-door coupe ever produced by Bentley.

The Bentley Continental GT Speed has a hand crafted cabin with the Bentley Mulliner Driving Specification as standard. Hand quilted perforated leather expands through out with bright metal detailing and an unlimited choice of optional technical finishes. More of the GT Speed’s signature touches include dark tint aluminium and carbon fibre accents which results in a bespoke, highly distinctive luxury sport coupe. The GT Speed adds together the essence of luxury with a spirited attitude. 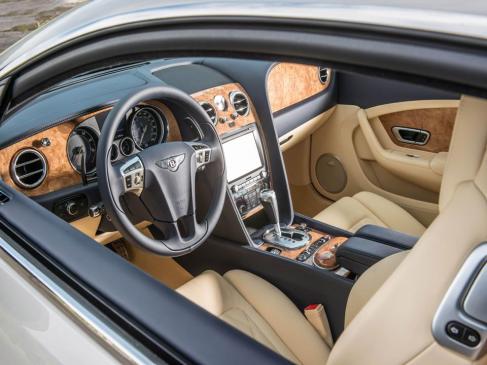 Continental GT Speed exterior signature cues are its exclusive 21-inch, ten-spoke alloy wheels, a dark tint matrix to the radiator shell and lower bumper grilles, with special chrome tipped aluminium exhaust tail pipes. The sound of the exhaust is tuned to a deep baritone when its formidable power is unleashed, or it can behave itself as the ultimate city cruiser with a more luxurious resonance. 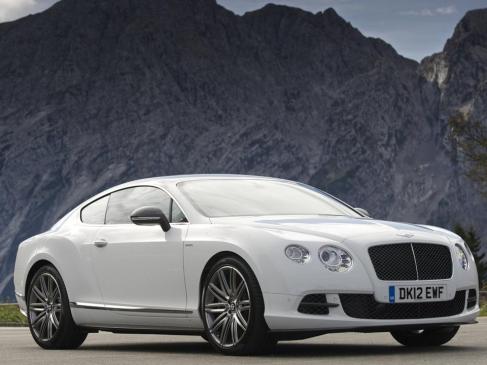 The Bentley Continental GT Speed is built in the legendary Bentley tradition with attention to quality fit and finish. With the unlimited choice of optional multi-media systems available, you design your own car to suit your personal taste. As with all Bentley models, personalization, power, luxury, and performance are built into each automobile, not as an afterthought, but as the impetus. Elegance in motion is the only way to describe this unusually spirited automobile. 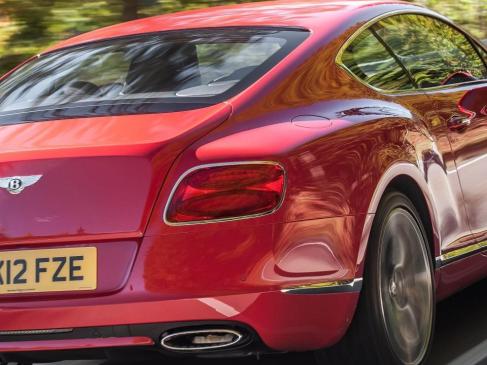 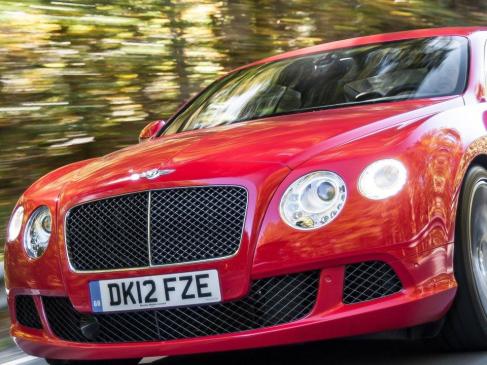 One thing I have to add….I never thought that one day I would be writing an article about the Bentley brand not mentioning Rolls Royce! They were one in the same when I grew up. When they split my brain crashed and I had to reboot. It’s like taking a picture of something, cutting it in half renaming both pieces as itself……yet they are two entities now instead of a custom version of itself……mind boggling totally! It is hard for me still, to separate the brands. I am going to do an article in the near future sparring Rolls Royce and their Phantom to Bentley and their Mulsanne. I feel like a traitor as I am deeply in love with them both!